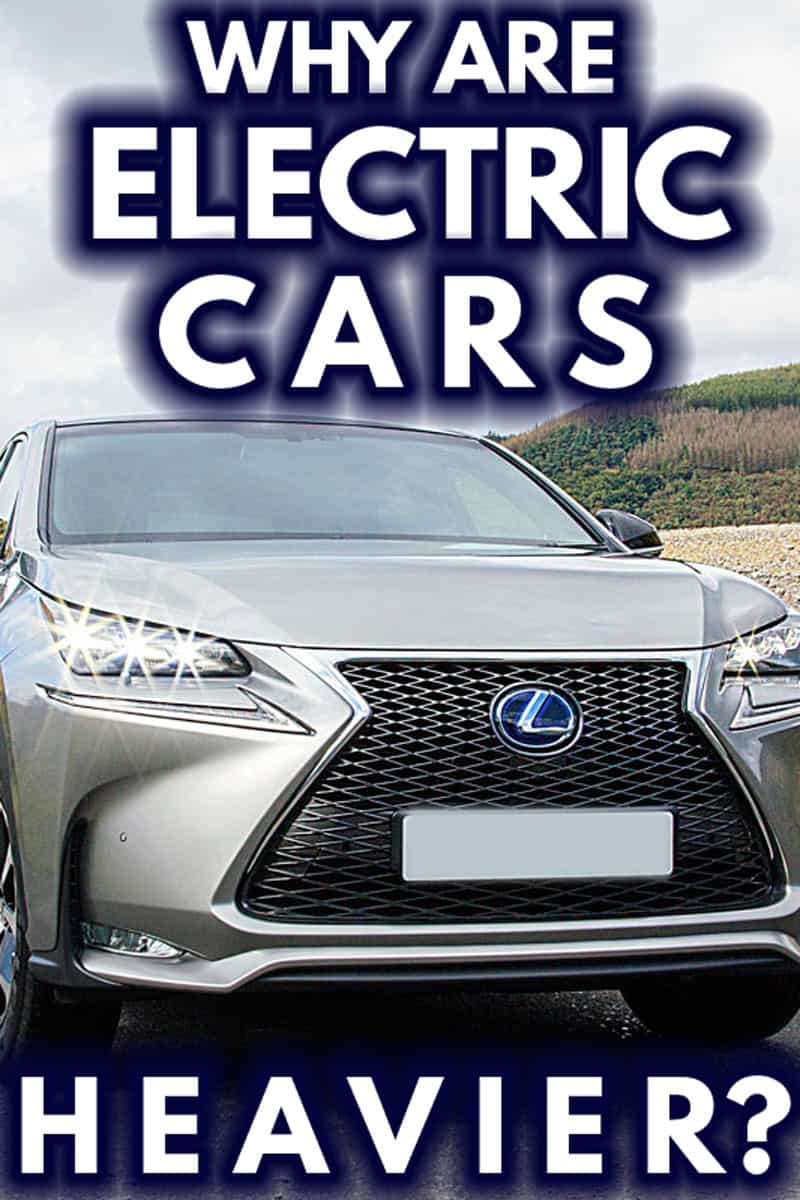 Anyone who has investigated electric cars has probably noticed that they weigh considerably more than their gas-powered competitors, but why is that? After all, these are "green," "environmentally-friendly" cars, and weight is always the enemy of efficiency, so what gives? To help you understand what's going on here, we will discuss exactly what makes these cars heavier than gas vehicles.

Electric cars are heavier because of their large batteries. These vehicles must store an incredible amount of energy to be able to drive. This is accomplished by using large battery banks that, when charged, can send power to the electric motor(s) that drive the car. Batteries must also be large in order to give the cars a reasonable range, so those vehicles with the most power and range, like some Teslas, can have battery banks weighing an incredible 1,200 lbs.

There is more to the equation than simply adding a large battery to a conventional car, however. For example, there are many components of a traditional automobile that electric cars don't use, or can use a much lighter version of. Let's take a closer look at the question of electric car weight.

Why Are Electric Cars So Heavy?

As we discussed earlier, the main reason electric cars are heavy is their battery. These huge battery banks are necessary to provide enough power to the electric motor to propel the car. If you have ever used a large Maglite, you know how heavy even a few D batteries can be, and those are only used to power a small lightbulb. So, you can imagine how heavy the batteries required to move a large, heavy vehicle down the road can get.

Because one of the most common complaints against electric cars is range anxiety, those cars with more range are the most enticing to shoppers. Even the original Nissan Leaf's 73-mile range wasn't enough for many people's commutes, so automakers are all jumping in to make the electric vehicle with the best range. And that means using a larger battery.

How Much Do Electric Car Batteries Weigh?

To be clear, we are discussing the large batteries that supply power to electric car motors (often called electric-vehicle batteries, or EVBs). While electric cars still use traditional 12-volt car batteries like this, that's not what is actually used to power the electric motor.

This article, published in 2015, states that most EVBs weigh around 500 lbs (230 kilograms), although new technologies promise to reduce that figure. Another resource tells us that the Nissan Leaf's small 24 kWh battery pack (the one that gives the Leaf an 80-mile range) weighs a whopping 648 lbs. As you would imagine, the large batteries used by Tesla weigh considerably more. For example, the 85 kWh battery pack weighs in at 1,200 lbs.

How Does that Compare to Gas Engine Weights?

Okay, so electric cars have a huge battery bank that can weigh as much as a family of NFL Lineman, but these cars don't have to deal with the burden of a big gas engine, so that's some weight we can take off of the overall curb weight. Add in the fact that they don't have to haul around large tanks of fuel (gas weighs 6 lbs per gallon while diesel is slightly heavier at 7.1 lbs per gallon), and the overall weight for these modern marvels isn't quite as heavy as you might think.

Finding the average weight of a car engine will help us determine if that makes up for the battery bank's ponderous weight. Just like electric car batteries, car engine weights are all over the place, depending on how large the engine is and whether it uses lightweight aluminum or a heavier iron block.

In general, small gas-powered engines weigh around 33o lbs (150 kg), while large diesel V8s weigh in the neighborhood of 770 lbs (350 kg). That's according to this article from mechanicbase.com.

Also, note that electric motors (the part that drives the car and is powered by the batteries) weigh significantly less than gas engines. For example, a Tesla motor weighs around 70 lbs (32 kg). That's nothing compared to gas or diesel engines.

So, How Much Do Electric Vehicles Weigh?

So, we have established that electric cars have to deal with battery packs that can be much heavier than a gas engine. But, just how much weight are we talking about? Below are listed some curb weights for various electric vehicles on the market today. For comparison, the average light-duty vehicle weight in 2017 was 4,044 lbs. That figure includes all cars, SUVs, and non-commercial pickup trucks. And here is a more comprehensive list of car weights, so you can compare these weights to a vehicle you are more familiar with.

As we can see, none of these cars are exactly lightweight, but neither are they monsters weighing as much as a Ford F250 Crew Cab. Of course, that's comparing apples to oranges - the F-250 being a heavy-duty truck. The Nissan and Chevy are even quite normal in overall weight, moving the scales even less than the average new car.

How Are Electric Cars Disposed of?

After the battery in your electric vehicle is spent, what happens to it? Well, there are two options (neither of which involves sitting in a landfill, luckily) when it comes to dealing with these batteries. As far as the rest of the car, they are typically disposed of in the same way as any other car - compacted and melted down to recycle the metal.

First, we can recycle these spent batteries. There are a few ways to accomplish this, and the end products can be sold off to be re-used. The smelting process, for example, produces several minerals such as lithium and nickel that can be reused. Some battery recyclers can reclaim up to 100 percent of the lithium contained in a spent battery.

Because these batteries typically still have around 70% of their capacity left when they are removed from the vehicle, they can also simply be used for a new purpose. They can power pretty much anything that required electricity, from streetlights to electric bikes.

What is the Heaviest Part of An Electric Car?

While the exact weight of all the parts of a car depends on the specific vehicle, the battery is typically the heaviest part of an electric car. Electric cars all use unibody chassis, so there is no heavy ladder frame to deal with, and, as we have found, the electric motors themselves are very light. The various body panels will weight nowhere close to the weight of those huge battery packs, so there is really no other single part that can compete with the considerable heft of those batteries.

While electric cars are heavy, thanks to their large battery packs, they are still much more efficient than even the lightest gas-powered cars. We have the operation of the electric motors to thank for this efficiency. The EPA even tracks the equivalent MPG efficiency of all-electric vehicles. The Chevy Bolt, for example, achieves an incredible 119 MPGe (miles per gallon equivalent) rating. And even the mighty and powerful Tesla Model X puts a Prius to shame, with an 85 MPGe rating. So, remember, heavy doesn't always mean inefficient!

Can you please provide the source data for the varying weights of the vehicles?

Hi Daren. All of the red words in the post are hyperlinked to the corresponding source. Simply click on a red word and it will direct you to the source.