You may have occasionally heard sounds like gunshots coming from underneath your vehicle. This is called a backfire, and it should be of concern to you. We asked automobile experts for answers to understand why your Ford F150 backfires. Here is their reply.

Backfire in your Ford F150 is mainly caused by one of the following:

Moving further down this post, we've provided you with more elaborate details about backfires in your Ford F150, so keep reading to learn more. 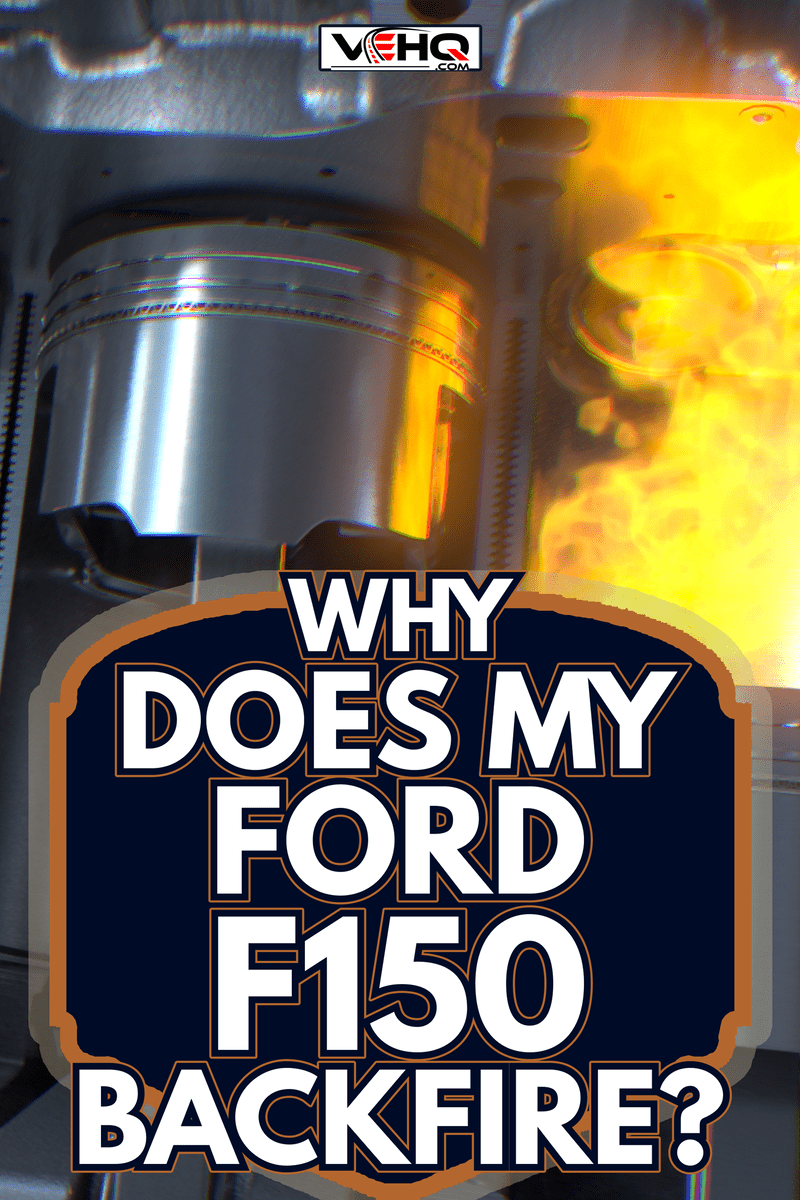 What Does Engine Backfire In Cars Mean? 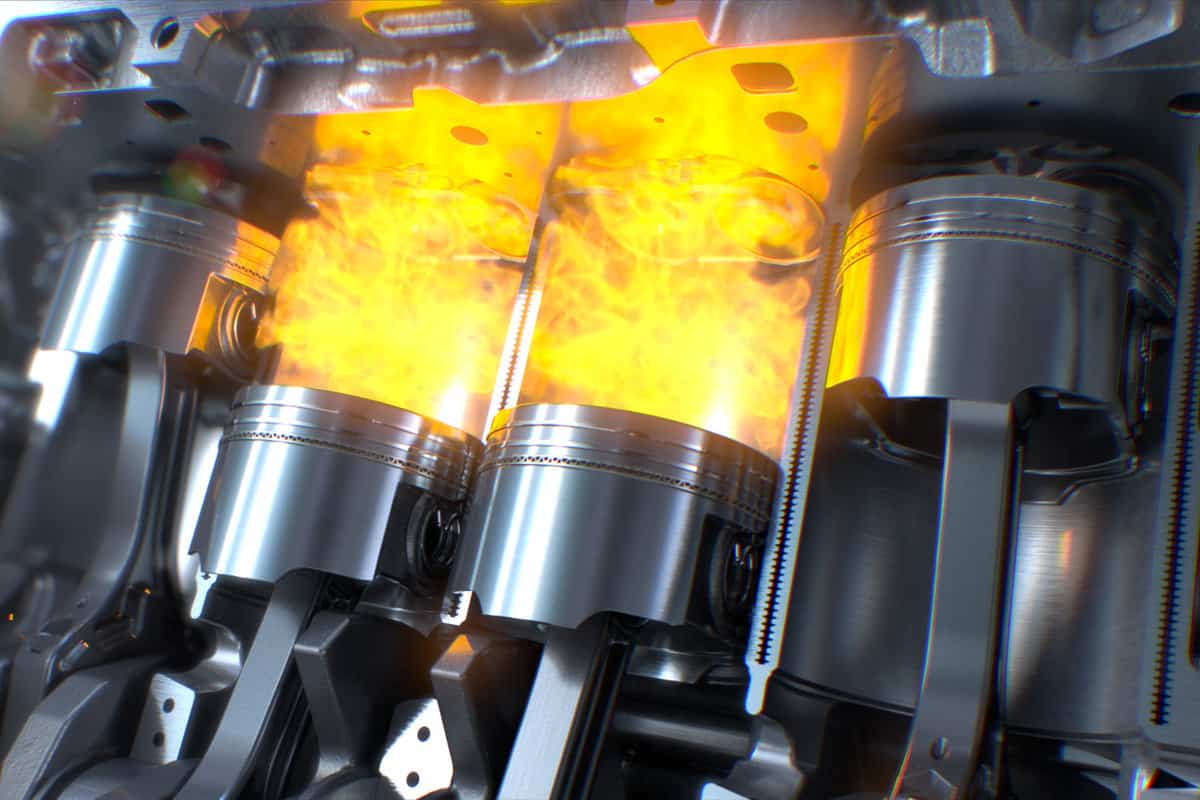 When the engine of your vehicle begins to backfire, it means the air-fuel mixture of your car is burning somewhere in the outer part of the car's engine cylinder, or the vehicle's engine isn't producing enough energy as expected and is wasting a lot of fuel.

When left unchecked, it affects the vehicle's intake system and the exhaust. An obvious reaction is a gunshot-like sound. Cars experiencing backfire should be put up for immediate repair.

Backfiring is an obvious sign of a faulty vehicle. Speaking specifically of a Ford F150, there are reasons why it may backfire, and these include the following:

The ignition timing of a vehicle is the primary cause of backfiring. When the variable valve timing (commonly used by modern cars) becomes faulty, your Ford F150 will be left untimed.

The Ford F150 uses the timing chain or belt to keep the crankshaft and camshaft properly synched. If a tooth is jumped, it pulls the vehicle's timing off balance, leading to backfiring.

The Ford F-150 uses different sensors to calculate the fuel and air entering the car's engine, including the content of the exhaust's oxygen. When fuel is mixed richly, there might be some fuel left over after combustion. When this happens, backfiring occurs.

Spark plugs and ignition coil plugs are things you will find in your Ford F150 ignition system. An ignition coil and distributor or coil pack for different cylinders may be used in the engine.

When any part of the ignition system goes bad, a spark burns the mixture of air and fuel in the combustion unit. This mixture will burn on the exhaust stroke, which will lead to a backfire.

How Do You Fix a Backfire In Your Ford F150? 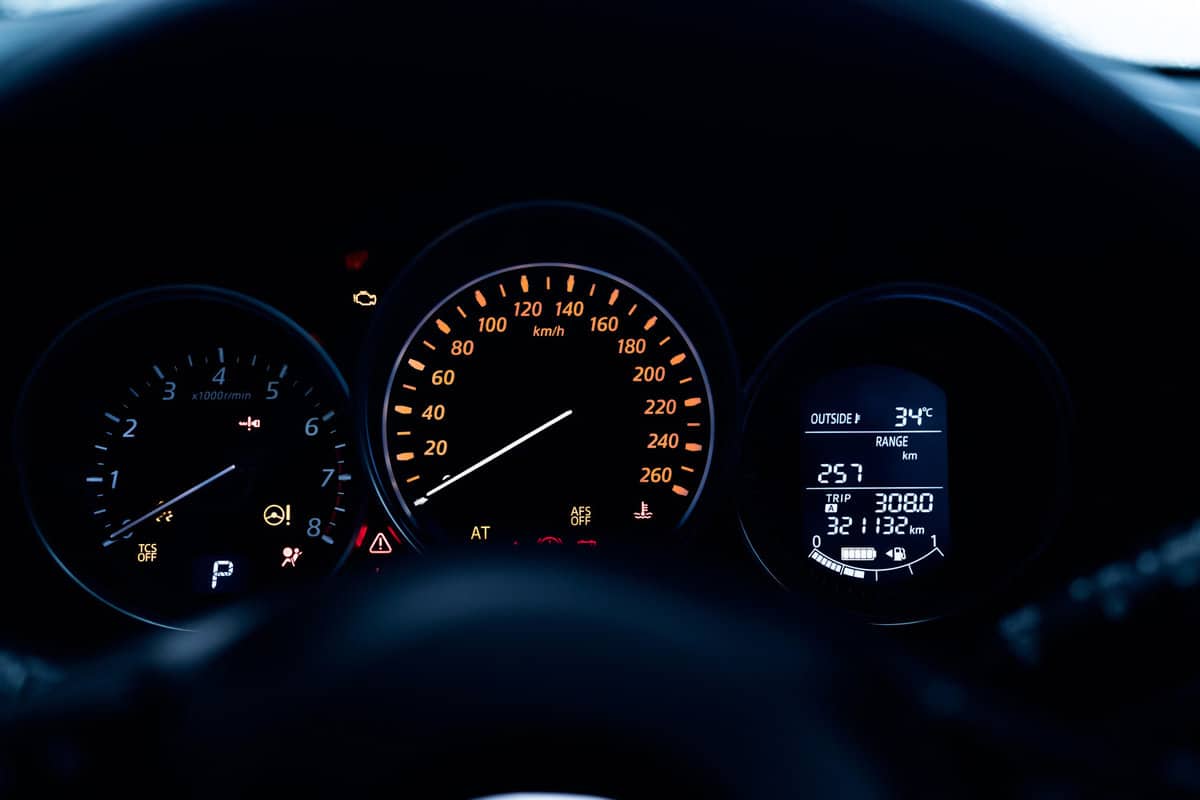 Here are simple ways you can fix a backfire in your Ford F150:

Whenever your engine backfires, your first action should be to check the engine lights. If the engine lights are on, recheck the computers for trouble code. It will help to detect the system that is faulty and needs repair.

An engine backfire can be caused by the fuel-air mixture being too lean when the engine requires additional power. All internal burning engines run on a mixture of fourteen parts air to one part fuel. Optimized fuel pressure is required to atomize the fuel correctly when it leaves the fuel injector to burn the process.

Some vehicles have a fuel filter, leading to high fuel pressure and volume restriction. When they're plugged due to particles in the gasoline, that can cause a lean condition. When this occurs, locate and change the fuel filters.

The vehicle's computer system regulates the air coming into the engine through a mass airflow sensor. When this sensor begins to malfunction due to a condition known as 'coking hot wire,' it becomes contaminated.

This will change the reading to the computer, which will generate a lean mixture condition that may or may not fasten a check engine light. This lean condition may occur because the computer feels the air entering the engine is lesser than it already is. The best action to take is to change the sensor of the vehicle. 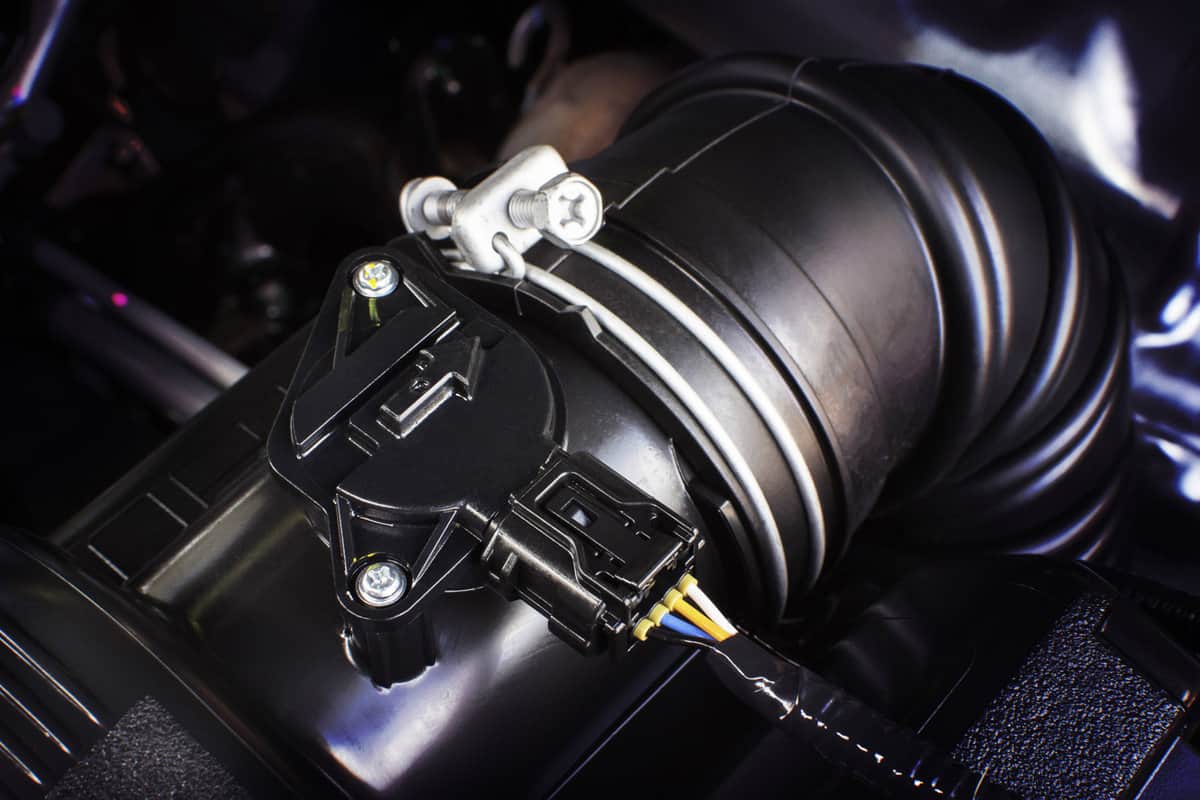 The air intake boot moves air from the airflow sensor to the throttle actuator and finally into the vehicle's engine. If there's a fault in any of these parts, such as a tear or rip, it will allow the flow of un-metered air into the engine.

The computer will notice this through the oxygen sensor, which will produce less fuel (lean condition). Always check this part for damage by removing it for a thorough inspection and replacing it when needed.

If the vacuum hose like the power brake increase feed line is damaged, it will lead to a lean backfire trigged by an additional air passing through the engine manifold. Inspect for vacuum leaks with a carburetor cleaner or smoke machine and fix damages.

The ignition system is made up of an electronic driver which notifies the ignition coil of the time to fire. When the resistance required to fire the coil through the spark plug is faulty due to damaged spark plugs, it can cause a malfunction in driving.

Since the computer rarely notices this condition, it is advisable to change spark plugs regularly. A spark plug is a device used to ignite the air-fuel mixture in an engine.

It does so by passing a small electric current through it, ionizing the gas, and vaporizing it, causing combustion. The spark plug also helps produce power by igniting fuel when it is needed and providing more efficient combustion of fuel.

An engine is a machine that converts fuel into motion. It is the brain of the car. Engines can be either internal combustion or electric.

Internal combustion engines are fueled by gasoline, diesel, ethanol, propane, or natural gas and are located inside the vehicle's body. A piston moves up and down in a cylinder to compress the air and fuel mixture until it ignites.

Electric engines are powered by electricity from batteries or solar panels. They have no moving parts and instead use electromagnets to create power.

When a vehicle experience backfires, it is worth paying attention to since frequent backfiring can cause severe engine damage, the energy loss of the vehicle, and a decreased fuel efficiency.

A lot of factors can lead to car backfiring, which may include having a poor air to fuel ratio, damaged spark plug, old-modeled bad timing, ignition system, etc.

Can a Bad Spark Plug Cause Backfire?

Presently, engines are produced in such a way that they can be run with electricity. But on old car models with spark distributors and spark plug wires, there's a high chance of mixed spark plugs with the distributor.

As soon as this spark fires in the wrong cylinder at the wrong time, there is no doubt this will lead to a backfire, among other problems.

How Do You Tell a Spark Plug is Bad?

Amidst facing other challenges in your vehicle's engine, faulty spark plugs can cause damage that will require urgent management. Below are ways to tell if your spark plug is bad;

How Do I Stop My Exhaust From Popping? 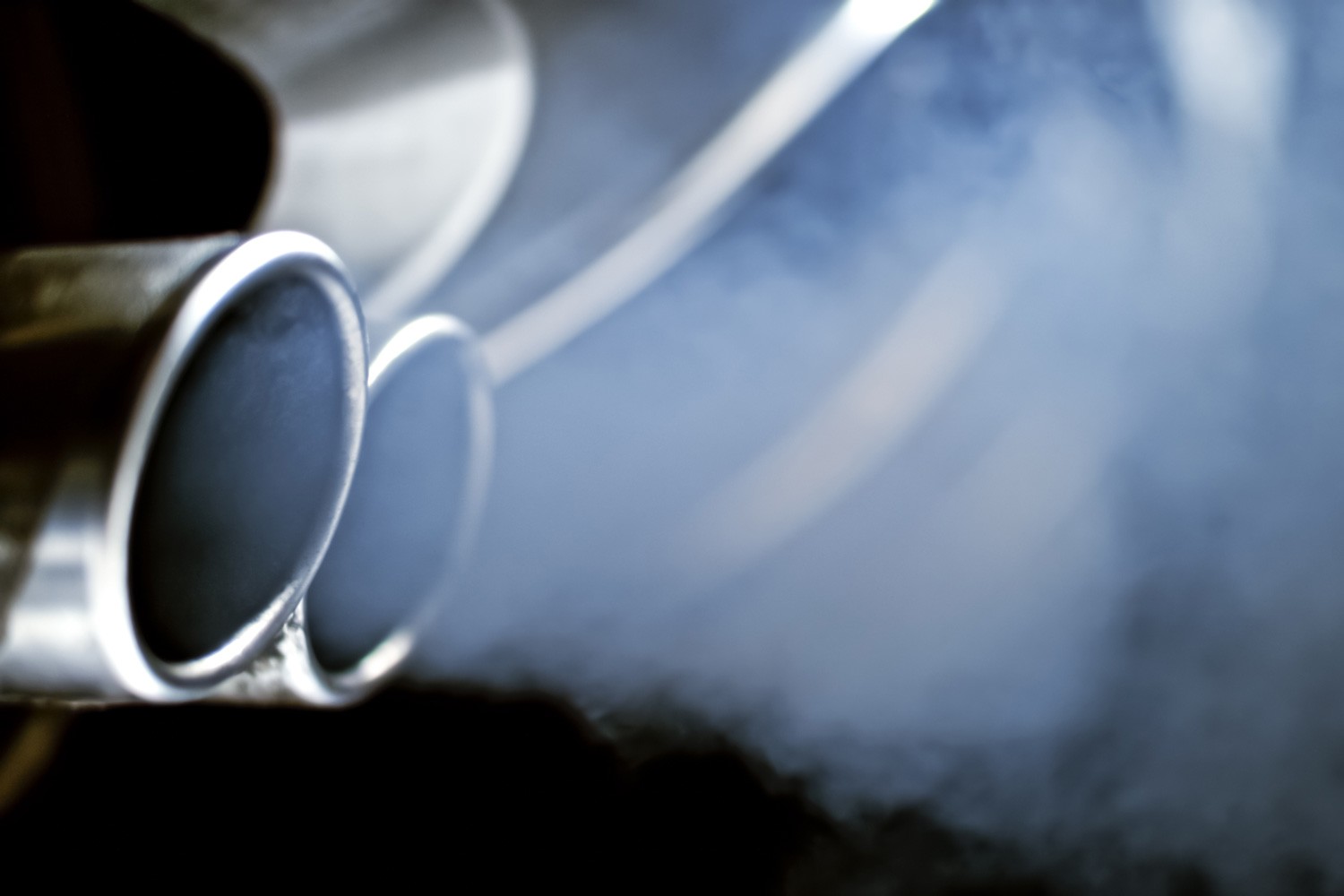 Exhaust popping results from the fuel mixture becoming too lean when the throttle is closed, and the vehicle's engine is circulating well above dormant speed.

The fastest way to stop exhaust popping is to minimize the air going to the exhaust. This can be done by blocking the air injection system thereby increasing the exhaust temperature.

For a Ford F150 to suffer from this heating issue, chances are that it has either been working for a long time or was purchased as an already used truck. This problem can be corrected at a repair shop.

Ford F150 backfiring can be corrected by timely maintenance of the vehicle's intake system, replacing bad airflow pressure, and many more. Damaged spark plugs wouldn't be a major problem as they can always be repaired or replaced. With the information provided above, we believe you are now well informed on what actions to take as a remedial to your backfiring Ford F150.

How Much Can a Ford Maverick Tow?

What Size Toolbox For a Ford F150 Truck?