Are you experiencing a sudden shutting-off of the engine when you stop your Ford F150? Wondering why it happens? We’re here to help you, as we share what we have learned from the experts.

You frequently find that when you apply the brakes, your Ford F150 pickup abruptly shuts off its engine. The truck's components may have problems, which is why it is shutting off. Most often, it occurs as a result of:

In this article, we’ll give you a detailed explanation of possible reasons why the Ford F150 shuts off when you stop it. Also, we will discuss what to do if you keep experiencing this. So keep reading! 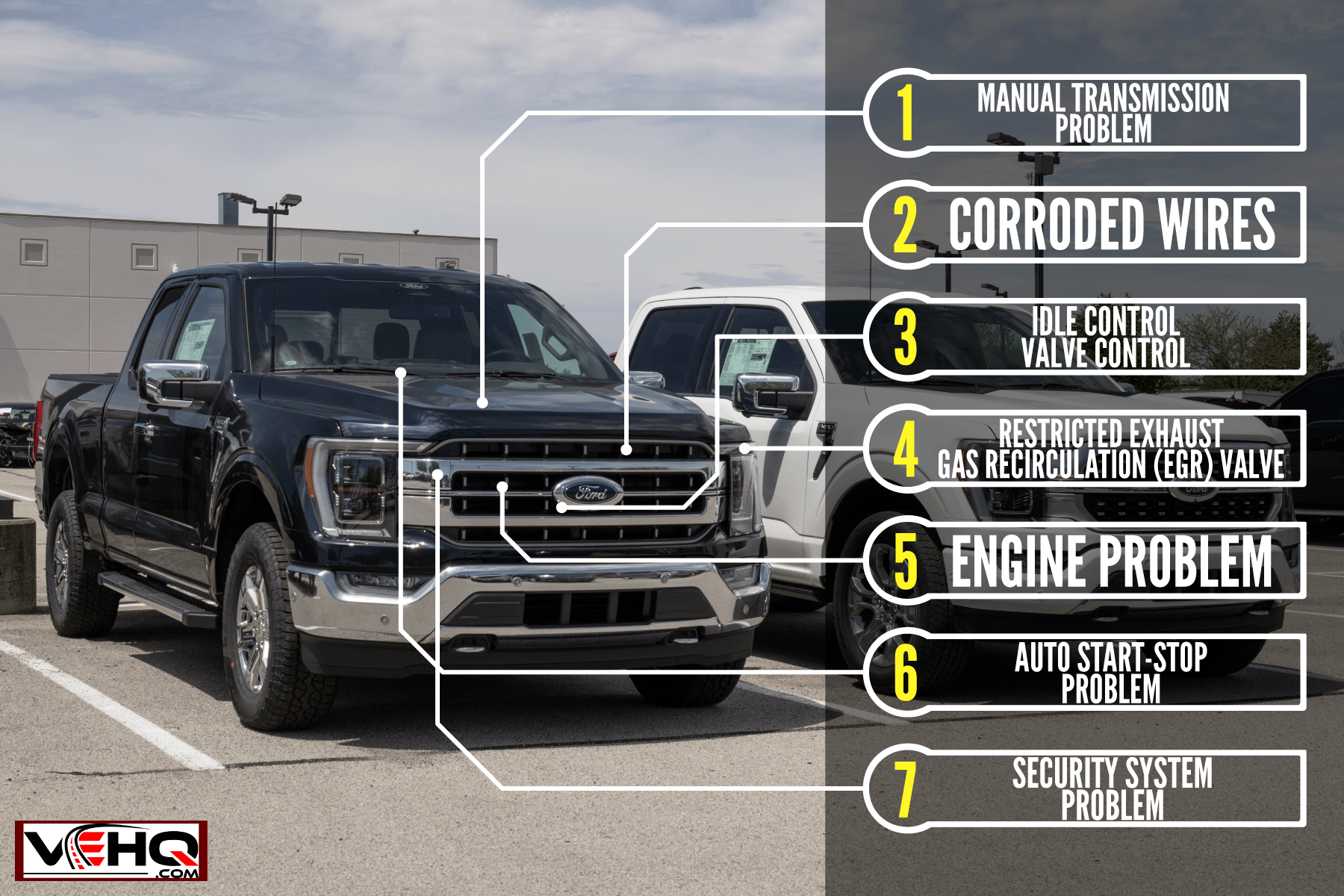 Your car is built to function like a well-oiled machine, but occasionally that machine has trouble in unanticipated locations that are not usually indicated by a warning sign. Your automobile will be operating normally at highway speeds before slowing down and stopping. Below are the reasons why this happens. 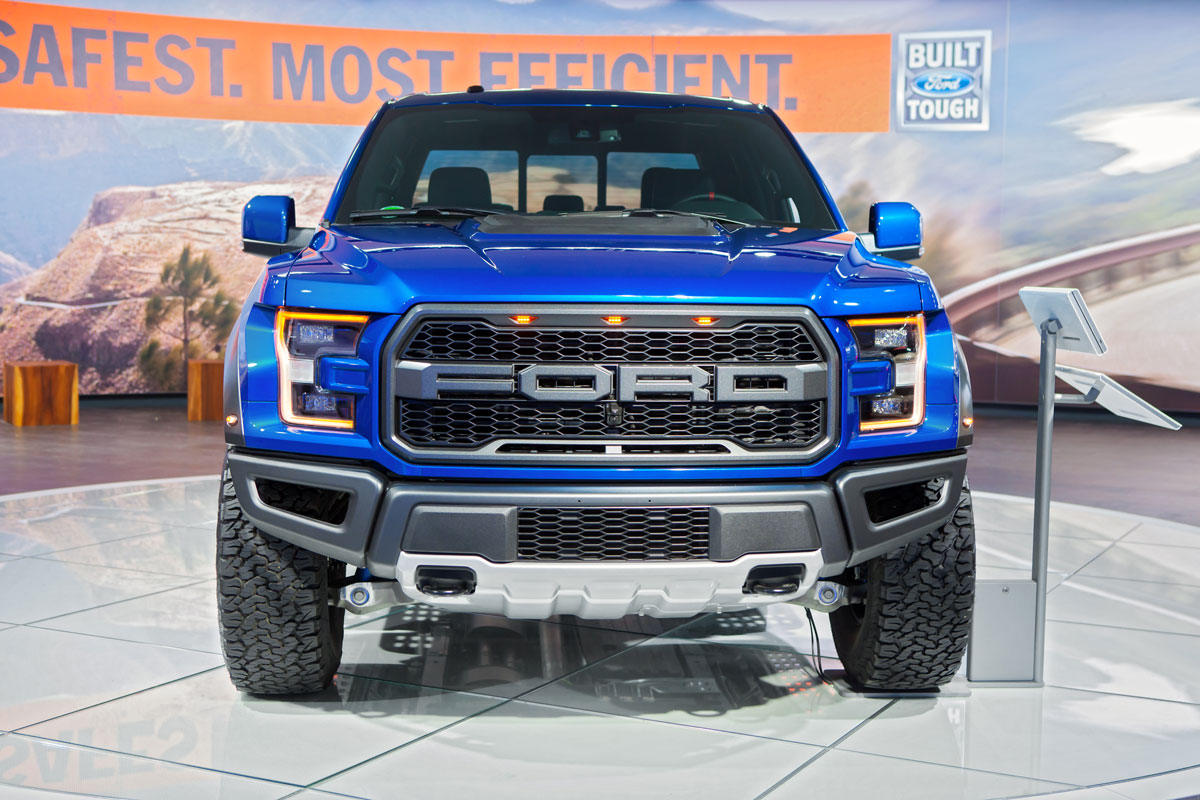 The F150's manual transmission system uses a stick shift to change the gears. The level is present in this system together with the transmission via a linkage.

The engine and other components receive information and energy through the wiring harness, which is a group of electric cables. In the wiring harness, the wires are specifically linked to their points. A distinct area of the wiring system experiences corrosion as a result of humidity and prolonged use.

The Ford F150 may experience voltage loss due to a loose connection to the ignition circuit. Without electricity, there is not enough power to ignite the fuel, which causes the engine to shut off. The wiring harness can be repaired to solve the issue, but doing so is more expensive than simply changing it. To replace the electrical system's cables, you need to speak with a specialist. 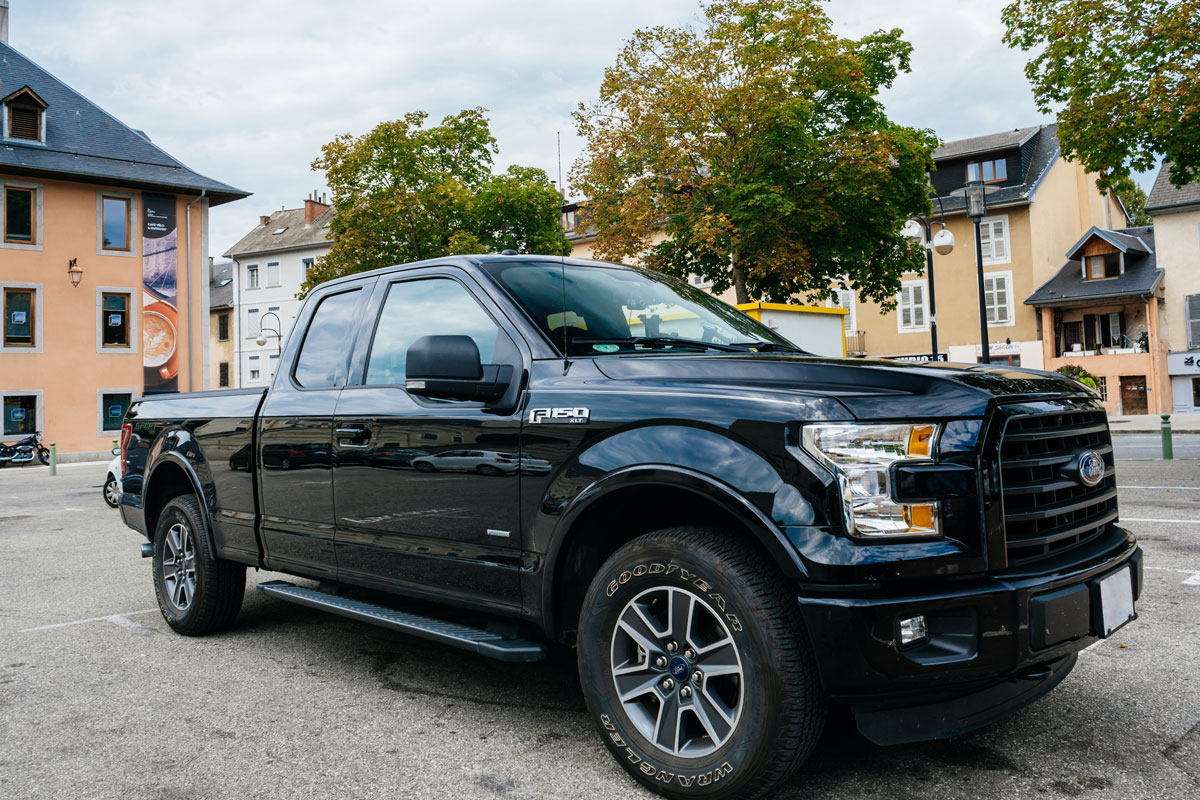 The engine's airflow is stabilized by the idle air control valve, sometimes referred to as an auxiliary air valve. The airflow in the Ford F150 engine determines its speed. Air may circulate around the engine compartment due to the throttle body.

When you release the accelerator, the gas pedal shuts the throttle body while opening the throttle. It means that when you come to a stop, there is no airflow, and the engine likewise shuts down.

The engine may run with continuous airflow due to the idle air actuator, which avoids the throttle body. After receiving a signal from the electric control unit, the idle air control (IAC) valve regulates engine revolution per minute (RPM) and maintains the engine at a set RPM for a smooth idle.

IAC ceases functioning when it is clogged with carbon or other debris. When there is an electronic problem, the engine stops operating since it cannot receive any signal for engine RPM. The issue can be resolved by cleaning every orifice in the IAC actuator. 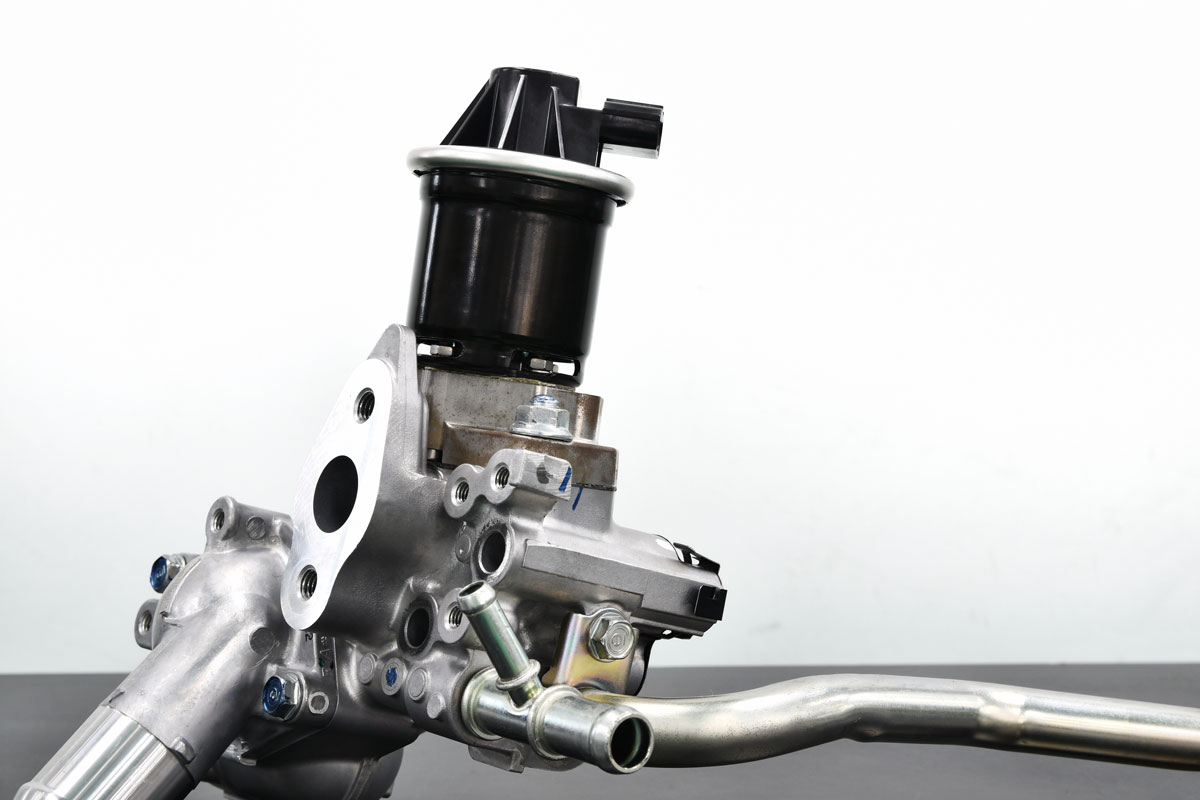 Air and fuel combine inside combustion engines in trucks to ignite, producing NOx emissions. There are numerous risks to both human health and the environment from these NOx emissions. Through recirculation in a combustion chamber where it mixes with fresh air, the EGR valve can lessen the amount of NOx. Normally, it is closed, but when you start your truck, it opens.

Carbon build-up over an extended length of time affects EGR valves as well. The carbon deposit can block the entire valve route. Depending on the blockage, this situation can cause the truck to shut off. The valve should be thoroughly cleaned of any carbon buildup and debris. Replace it with a replacement valve when the damage is beyond repair.

The Ford F150 may also turn off after using the brakes due to an engine problem. Stalling can be caused by a variety of engine issues, but an ineffective engine is typically caused by oil oxidation. Oxidative reactions take place in the oil when your truck is left standing for a long time.

Another factor contributing to the faulty engine is humidity. Corrosion develops inside the engine when water and oil interact. Oxidation causes changes in oil viscosity and consistency. It cannot lubricate the engine's moving parts. The engine shuts off at idle speed as a result.

When you briefly halt, the problematic engine struggles to start and begins to stop. By adding new oil or a different brand, you can solve the problem. The task of injecting fuel into the engine falls to the fuel pumps. When they are damaged, the combustion chamber's fuel pressure will be low.

Fuel injectors also accumulate dirt and sludge over time. The engine stops working and the car begins to stall when there is a delay in putting fuel into it. 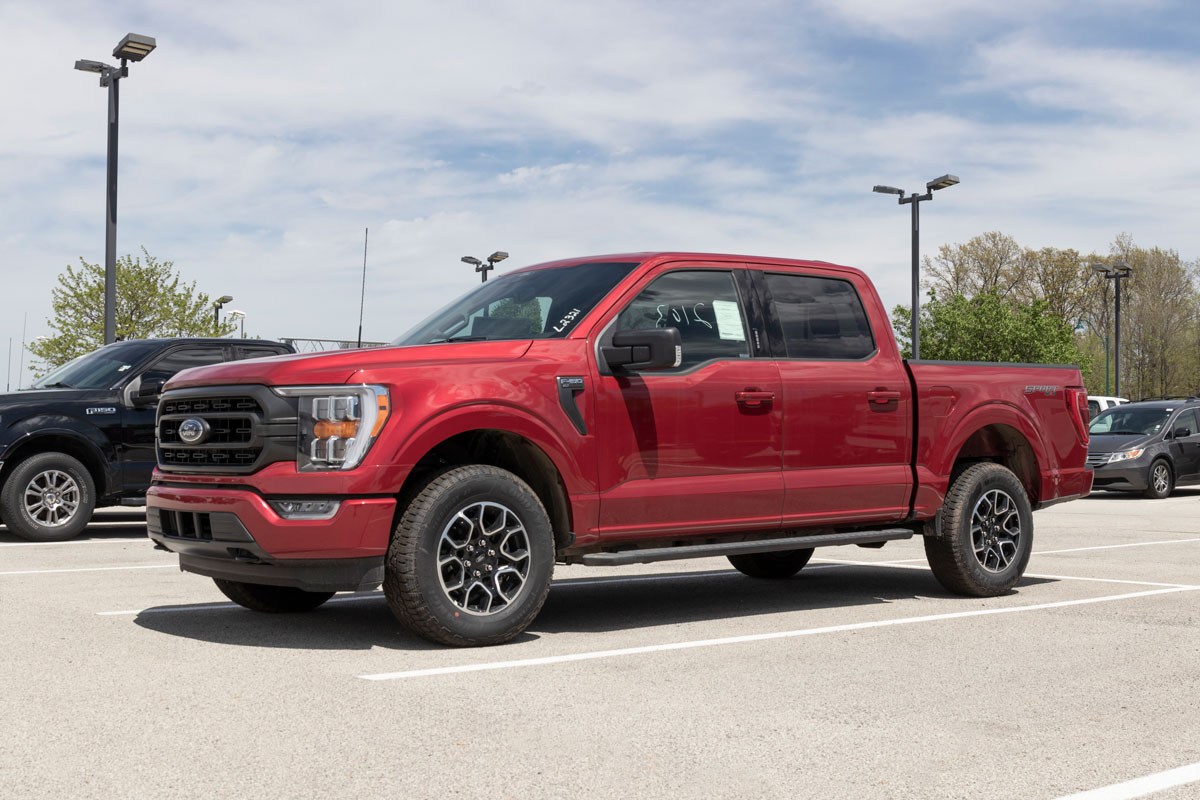 To save fuel, the majority of Ford trucks include auto start-stop technology. As its name suggests, the engine automatically shuts off whenever you stop at a stoplight or wait in the drive-through.

It works with the car's computer, so the driver is not required to do anything. The computer shuts off the engine as soon as it detects that the car is stopping. When the brake is let off, it reignites to provide the vehicle with power. Every moment the truck is stationary with it turned on, the engine will shut off. It is quite annoying and may make a truck go less smoothly.

Every Ford truck has a security system to prevent theft of the vehicle. When someone tries to break into the car, the antitheft system sounds an alarm. In the event of any danger, this mechanism also triggers the truck's engine to shut off. When there is a problem, the engine will stop running.

Using a coded key in the ignition, you may turn off the system in a Ford F150. On the left side of the dashboard, there is a lock symbol. The indicator will flash to indicate that the system is prepared when the ignition is off. With the use of a particular key, you can switch off the alarm by turning the ignition.

What To Do If Your Ford F150 Shuts Off When You Stop? 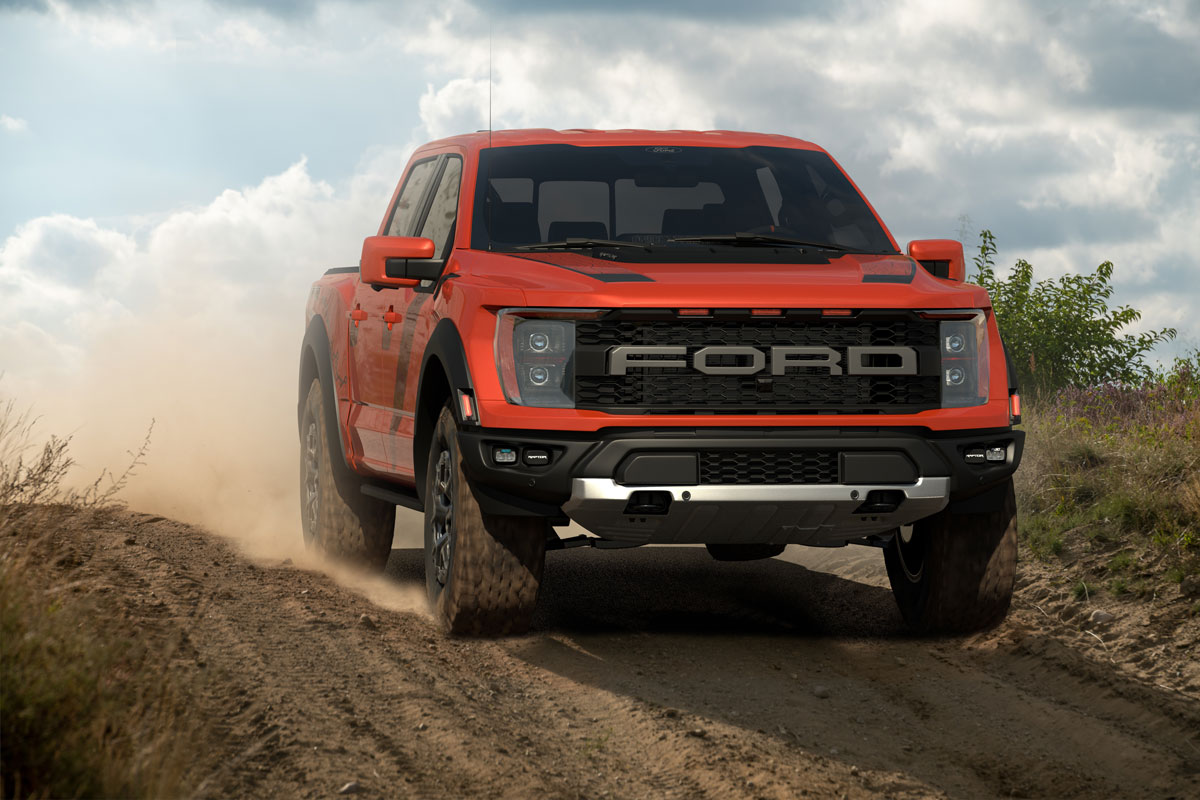 If you find that your car stalls when you slow down and stop, drive the car to a secure location. Driving in this situation is dangerous, and doing so could cause more harm to your car. Contact a professional mechanic right away for a thorough inspection of your engine.

A mechanic can identify the origin and reason for the stalling issue. They will then present you with a thorough inspection report that details the extent and price of the required repairs. A Ford F-150 inspection for components typically costs $60 to $90 when the engine suddenly shuts off after stopping. Depending on where you live, prices will vary.

In order to determine whether the issue can be repaired, the mechanic will probably need to test drive your car. He or she will also likely need to listen to the engine at idle to hear any misses, backfires, or other odd noises. The mechanic will then access the engine control unit or transmission control computer using a scan tool to see whether there are any stored codes.

The mechanic will identify the source of the problem and notify you of which components require replacement or cleaning based on the engine performance, test drive, and diagnostic data.

Be aware that this may take some time because numerous parts frequently have the potential to cause this problem, and the mechanic will sometimes need to disassemble and inspect several parts before he or she can make an accurate diagnosis. 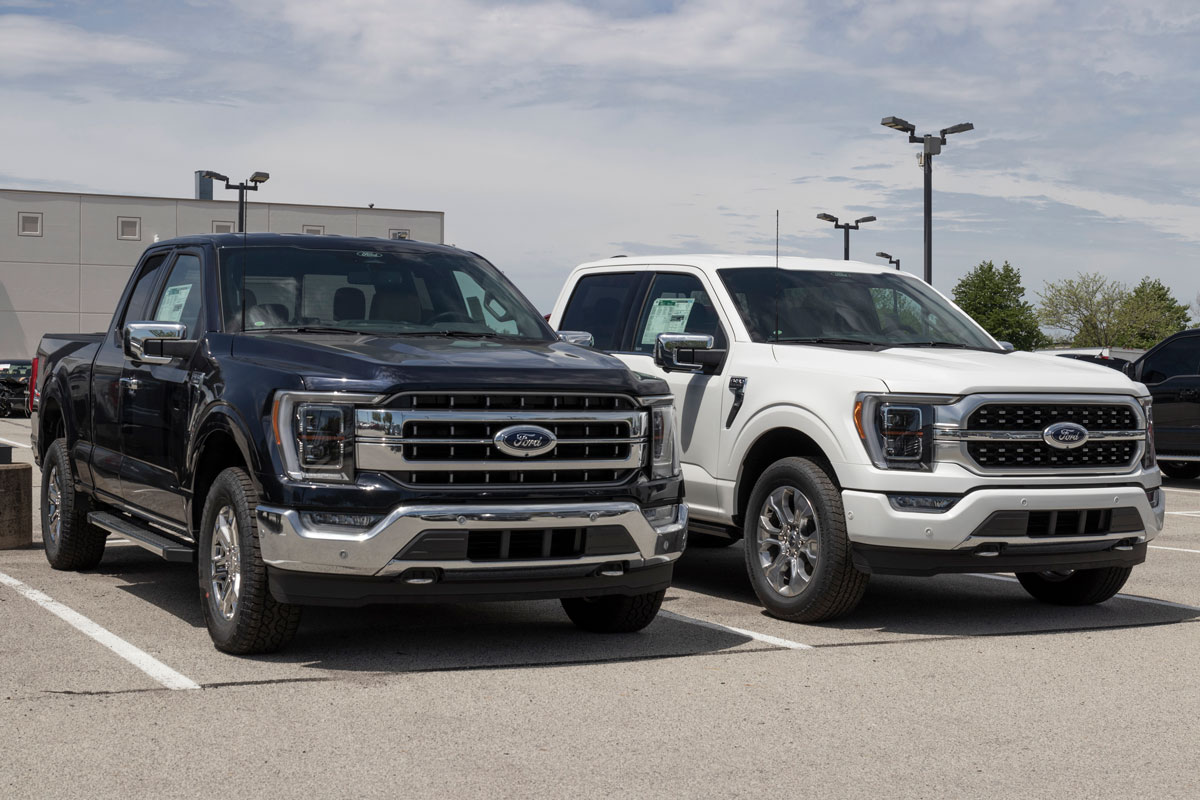 It can be frustrating when your vehicle’s engine totally shuts off when you stop. Understanding the root of the issue is crucial if you want to solve it or avoid further damage. In this article, you have been shown what to diagnose to determine what is causing the problem.

If you are unable to solve the problem on your own, hiring a professional mechanic will be your best option for resolve your vehicle's problem.

Why Does My Ford F150 Backfire?