Your Harley Davidson's security system is a great way to keep your bike protected. But what would cause the alarm to keep going off on its own? Let's take a look at the possible culprits of this issue below.

If your Harley Davidson alarm keeps going off, then it could be due to the following: 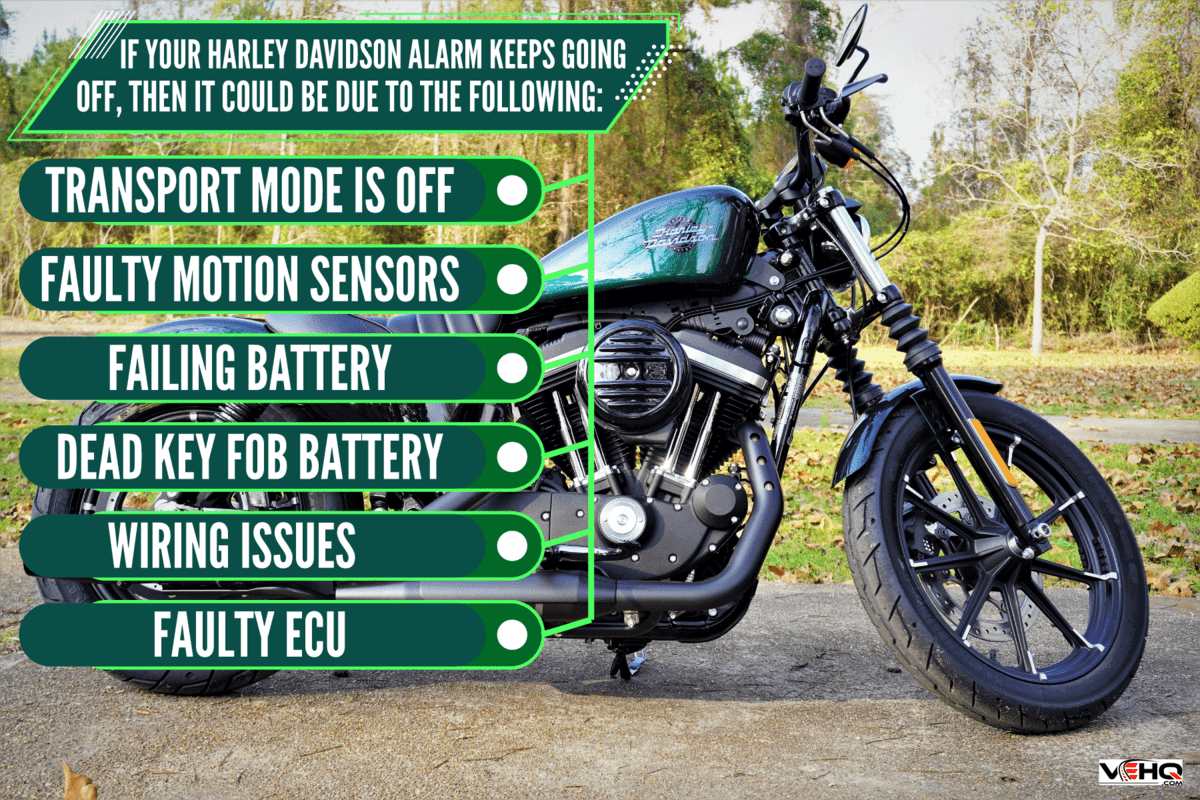 What Causes The Alarm To Keep Going Off On A Harley Davidson?

Even though motorcycles don't have a lock on the ignition like a car, they are still susceptible to theft. This is why a lot of motorcycle manufacturers, Harley Davidson included, have started to include security systems on their bikes.

The security system has motion sensors that can detect when someone is trying to tamper with the bike. In addition, the bike will know if it is in motion without the key being present.

The security system is a great way to keep your Harley Davidson protected. However, it can be confusing as to why the alarm is going off on its own. Let's take a look at the possible culprits below. 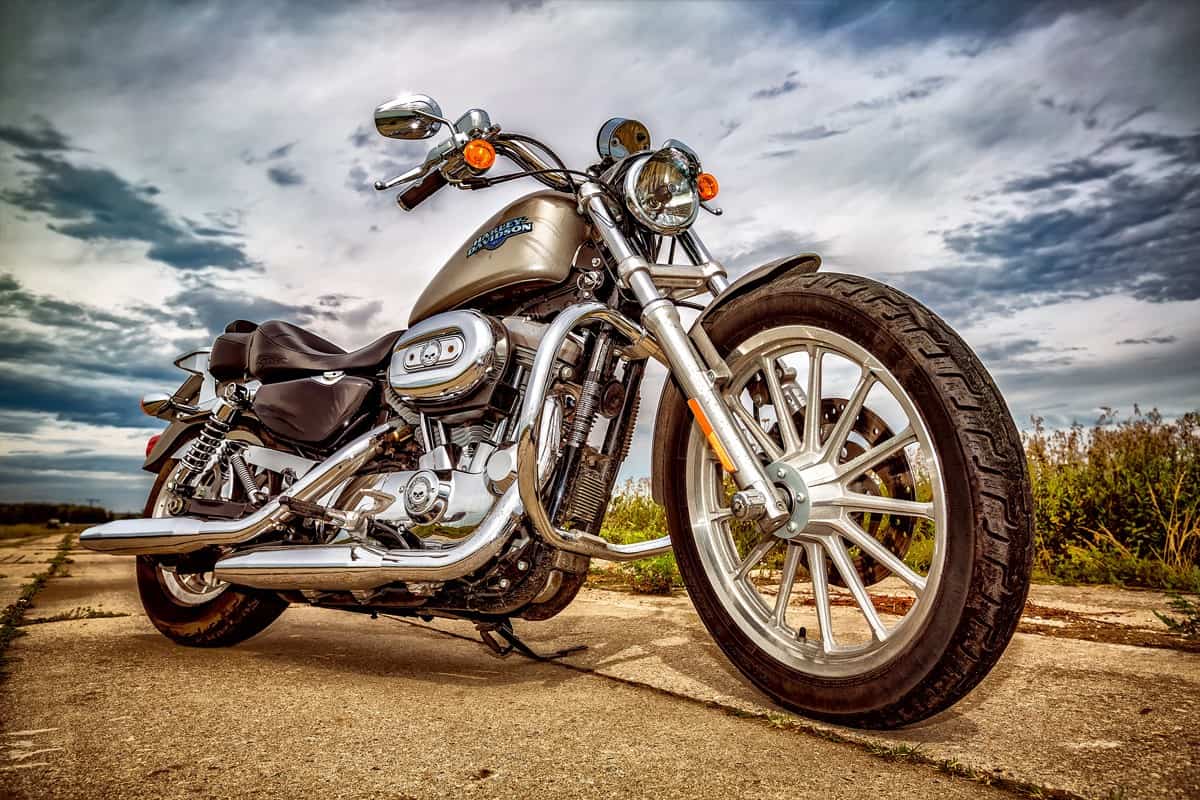 Transport Mode Is Off

The transport mode on a Harley Davidson is a setting that you can turn on and off. When it is turned on, it will allow you to move the bike without the key being present. It does this by turning off the motion sensors.

For example, if you want to trailer your bike behind your car, you can turn on the transport mode. This will allow you to do so without setting off the alarm.

However, if the transport mode is turned off and someone tries to move the bike, the alarm will go off.

This can be a bad thing because if the alarm is going off while it's in a trailer, it will drain the battery. So, if you are having issues with your alarm going off, make sure that the transport mode is turned on.

Refer to the owner's manual on how to turn on the transport mode.

It's also possible that your motion sensors are faulty. Like any sensor, over time, they can start to fail. If this is the case, then it will cause the alarm to go off even when there is no one around.

In this case, you may need a Harley Davidson mechanic to take a look at your bike and replace the motion sensors.

Another possibility is that your battery is failing. If the battery is weak, it may not have enough power to run the security system properly. This can cause the alarm to go off on its own.

If you think that this may be the case, then take a look at your battery. If it is more than three years old, then it may be time to replace it.

You can check the voltage of your battery with a multimeter. If it is 12.6 volts or less, then it needs to be replaced.

The key fob is the remote that you use to arm and disarm the security system on your Harley Davidson. It also has a built-in panic button that will set off the alarm if you press it.

If the key fob battery is dead or damaged, then the bike won't be able to sense it. So, when you try to start the bike, the alarm will go off.

To fix this, you will need to replace the key fob battery. This is a pretty straightforward process that you can do yourself. The battery can be found at most electronics stores or auto parts stores.

It is also possible you could have a wiring issue. This could be a blown fuse, a loose wire, or a short circuit. Check your wiring from the sensor to the unit. Make sure that everything is plugged in correctly and that there are no loose wires.

If you find a blown fuse, then replace it with a new one. If you find a loose wire, then tighten it up. If you find a short circuit, then you will need to have a Harley Davidson mechanic take a look at it.

The ECU of your Harley Davidson is the brain of the bike. It controls everything from the engine to the security system.

If the ECU is damaged or failing, then it can cause the alarm to go off on its own. In this case, you will need a Harley Davidson mechanic to take a look at your bike to see if the ECU needs to be replaced.

If none of these things seem to be the problem, then you may need to disarm the security system. However, bypassing the security system is not recommended. This is your only line of defense against theft. So, it's important to make sure that it is working properly.

If you have any questions about your security system, then make sure to ask a Harley Davidson mechanic. They will be able to help you troubleshoot the problem and find a solution. 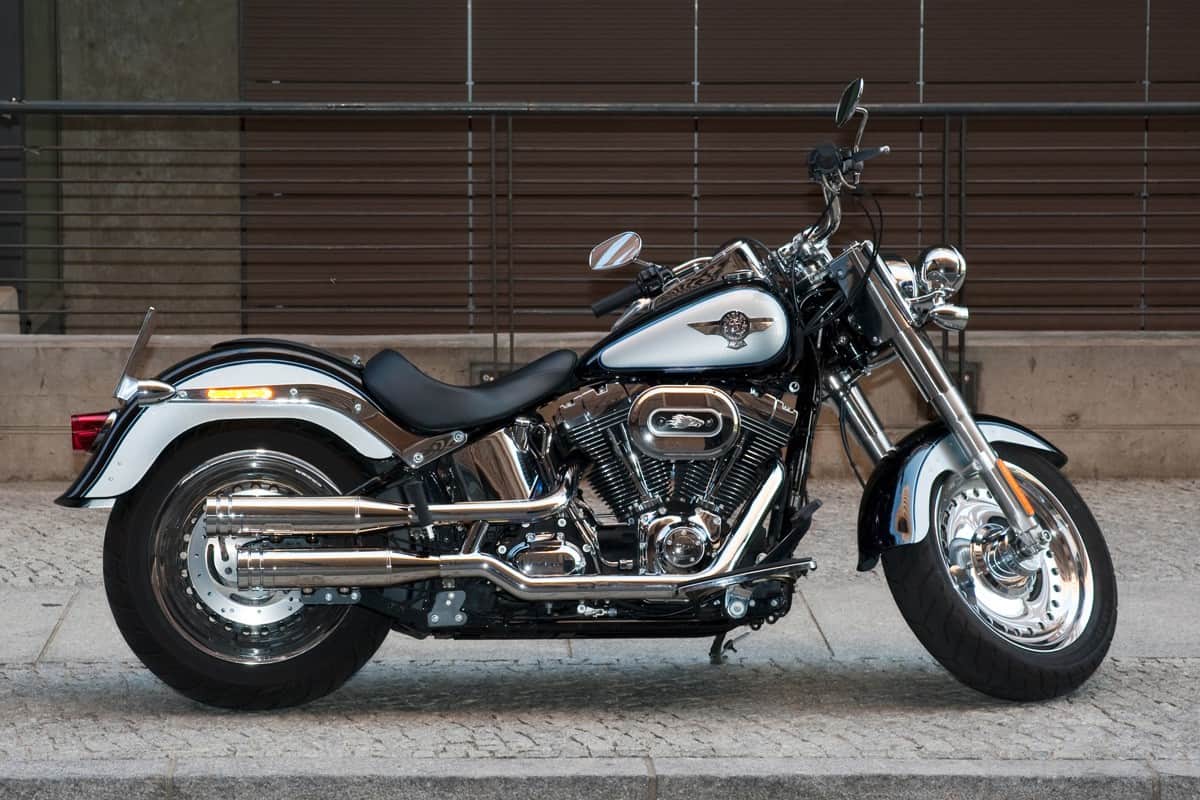 How Do I Disable My Harley Davidson Alarm Without A Key Fob?

If you have misplaced your key fob or if it is not working, you can disable the alarm without it. This can be done by using the five-digit code.

If you don't know the five-digit code for your Harley-Davidson, follow these steps:

By using this five-digit code, not only will you be able to turn off the alarm, but you will also be able to start the bike without the key fob. 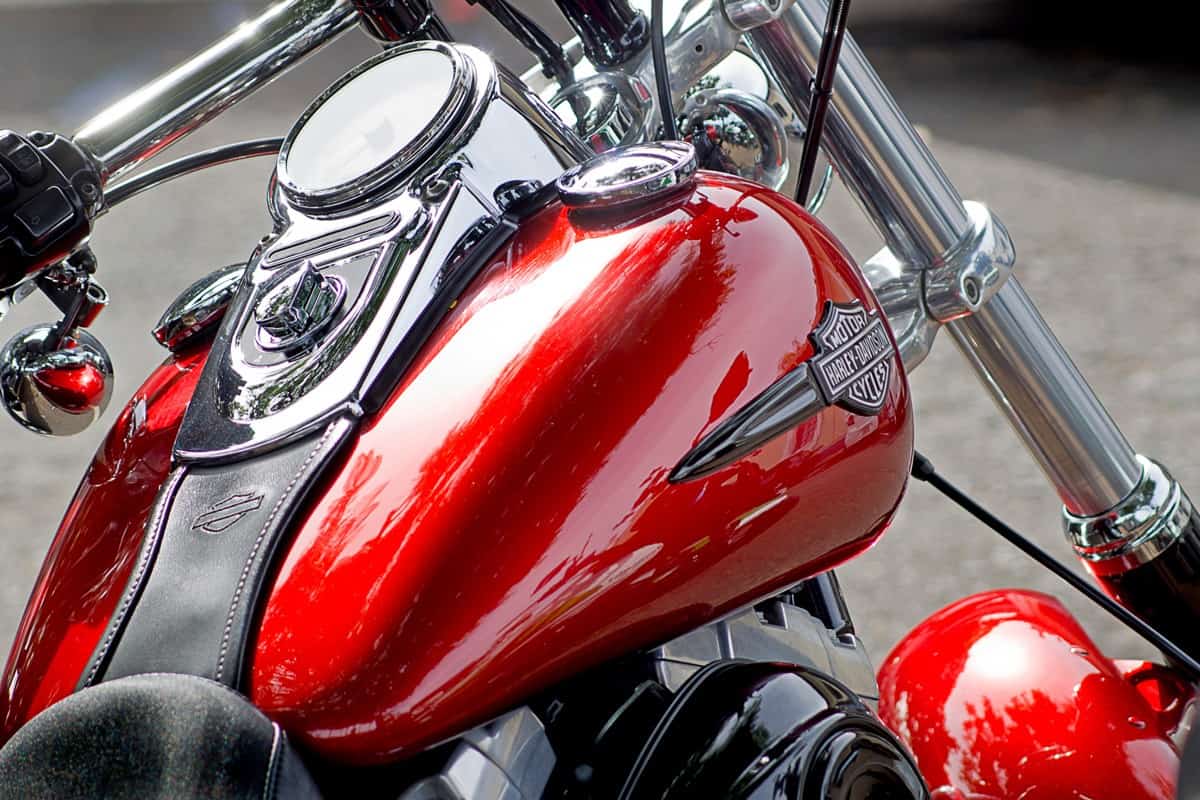 You can also refer to the owner's manual on how to disable the alarm without a key fob. In addition, you can change the code to something easier to remember.

Over time, all batteries will eventually die. The average lifespan of a Harley Davidson key fob battery is 12 months. However, they can last longer or shorter depending on how often you use them. You can tell the battery is dying when the range of the key fob starts to decrease.

In addition, it may take longer for the bike to respond to the key fob. You can remove the battery by using a coin to pry it out. As mentioned earlier, take the battery to an electronics store or auto parts store to ensure you get the right type.

What Does The Red Key Light Mean On A Harley Davidson? 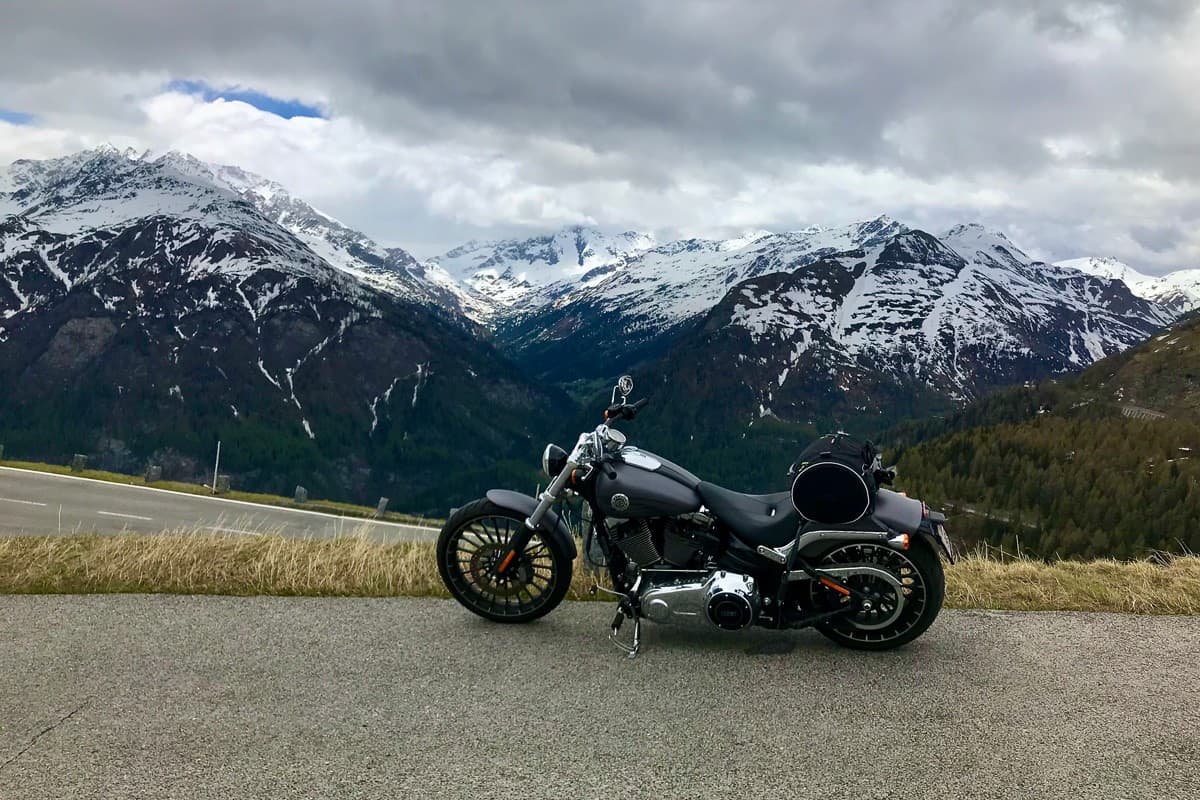 The red key light on a Harley Davidson means that the motorcycle is in security mode. The light will turn off if you have the key fob with you or if you enter the code.

The security light will also go off if you put your bike in transport mode. If the light is off and you don't have the key fob or code, then your bike is not in security mode.

In this case, you will need to activate the security system follow these steps:

Typically, you will hear a chirp, or the light will flash. 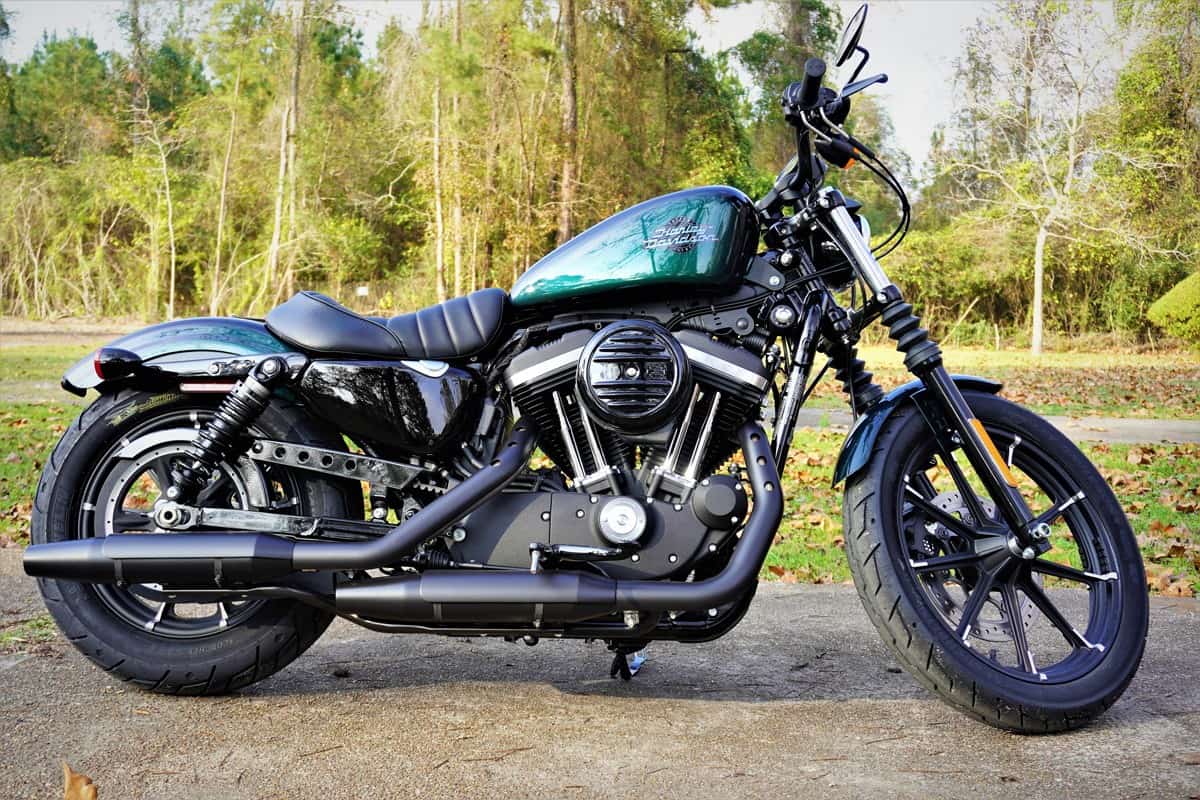 Overall, the security system on your bike is important to have. It's your only line of defense against thieves. Nonetheless, if it is going off on its own, hopefully, this article was able to help you figure out why and how to fix it.

15 Of The Best Commuter Motorcycles To Consider

How Much Does A Motorcycle Engine Weigh?

How Much Can You Tow With A Motorcycle?