When the check engine light is illuminated, it can mean many things. The mind can easily be drawn to the worst-case scenario when this occurs. If you are curious if this check engine light will keep your car from passing inspection, we can help you. We researched inspection laws from multiple professional sources so that you'll know for sure if it will keep your vehicle from getting licensed.

In the majority of states that require motor vehicle inspections, a check engine light will cause the vehicle to fail the inspection.

Now that we know a bit about check engine lights and the law, we'll take a closer look at what some of the most populated states in the U.S. say about this situation in their state codes. You might also be wondering if you can clear your check engine light without a scanner or what the most common reason for the check engine light is. For the answers to these questions and more, continue reading this post to see what we've discovered during our research. 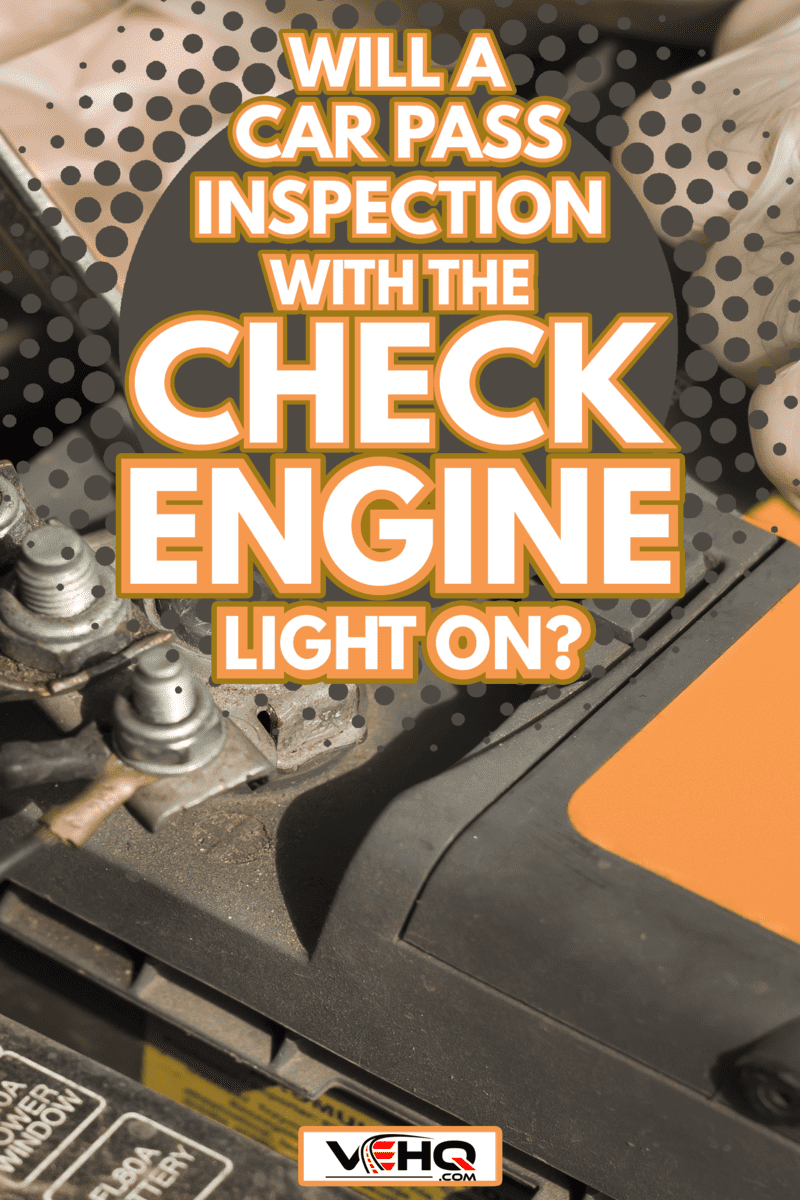 What the check engine light means, and what the most populated states have in their laws about it

Whenever you see the check engine light illuminated on your dashboard, it signifies that there is a problem that warrants your immediate attention. In general, it means that the problem relates to your vehicle's emissions system.

While there are a good number of things that will interfere with emissions and make your light glow, a vehicle inspection station will almost always fail your vehicle because emissions standards have gotten so strict in recent years.

It's also important to understand that states can administer two kinds of tests for vehicles that they register. The first test is a smog test, which is strictly emissions-based. The second type of test is an overall safety inspection, which focuses on the various mechanicals of the vehicle. Some states will do one or the other, and some will do both.

The most populated states in the U.S. have different approaches from one another when it comes to inspections. Let's take a look at four of the largest states and whether they do safety inspections, smog inspections, or both.

In the 1960s, the state of California issued an average of 100 smog warnings each year. Today, they only average two. The reason for the major decrease has been the implementation of a stricter emissions program for vehicles licensed in California.

This test needs to be done every two years, with the majority of counties also doing a thorough exhaust inspection as well. Despite a smog test, there is not a safety inspection in this state. But knowing that a check engine light is illuminated will make your vehicle fail the smog test.

Florida does not have a smog or a safety inspection for the vehicles that they license. They will check the VIN of any vehicle that is brought in from another state to be licensed, but that's it. If your check engine light is on, there won't be any test administered by the state for it to fail.

The Empire State will do both an annual smog inspection and an annual safety inspection. A check engine light will fail these inspections.

The smog inspection in New York is only for vehicles that are newer than 26 years old. Older vehicles get an exemption from this test but will still have to pass the safety inspection.

The Lone Star State also has an annual safety inspection for vehicles. The list of things that must be passed for the vehicle to be cleared is quite extensive and can be found here. They include inspections of turn signals, headlamps, brake lights, and other parts of your vehicle that must be working properly.

Texas will also have an annual smog test for vehicles, but only if you live in certain counties. Those who are getting an inspection in the greater Dallas/Fort Worth area, Houston, Austin, or El Paso are subject to the emissions test. An illuminated check engine light will automatically cause your vehicle to fail either test.

While there are federal emissions standards and safety inspections that a vehicle must pass on a federal level when a car is manufactured, these standards are going to vary from state to state when you get that same vehicle licensed.

For states that require either emissions or a safety inspection, that check engine light will certainly fail it. Knowing what your state requires as far as inspections are concerned is the first step in knowing if your vehicle is in jeopardy of not getting licensed if the check engine light is on.

How do I clear my check engine light without a scanner?

If you're in a pinch and want that check engine light to shut off, there is a way to get it to turn off. But before you do that, understand that the light is on for a reason and that it is highly recommended that you figure out the cause and fix it as soon as possible.

The best way to get the check engine light to go dim again is to disconnect the battery. With the car's engine off, carefully disconnect both the positive and negative battery cables from the terminals. After waiting several minutes, reconnect them and start the engine.

This should turn off the check engine light, but it won't be a permanent solution. Whatever was making the light come on is still an issue, and as soon as your vehicle's computer has run through several cycles, it will detect the problem and make it come on again. 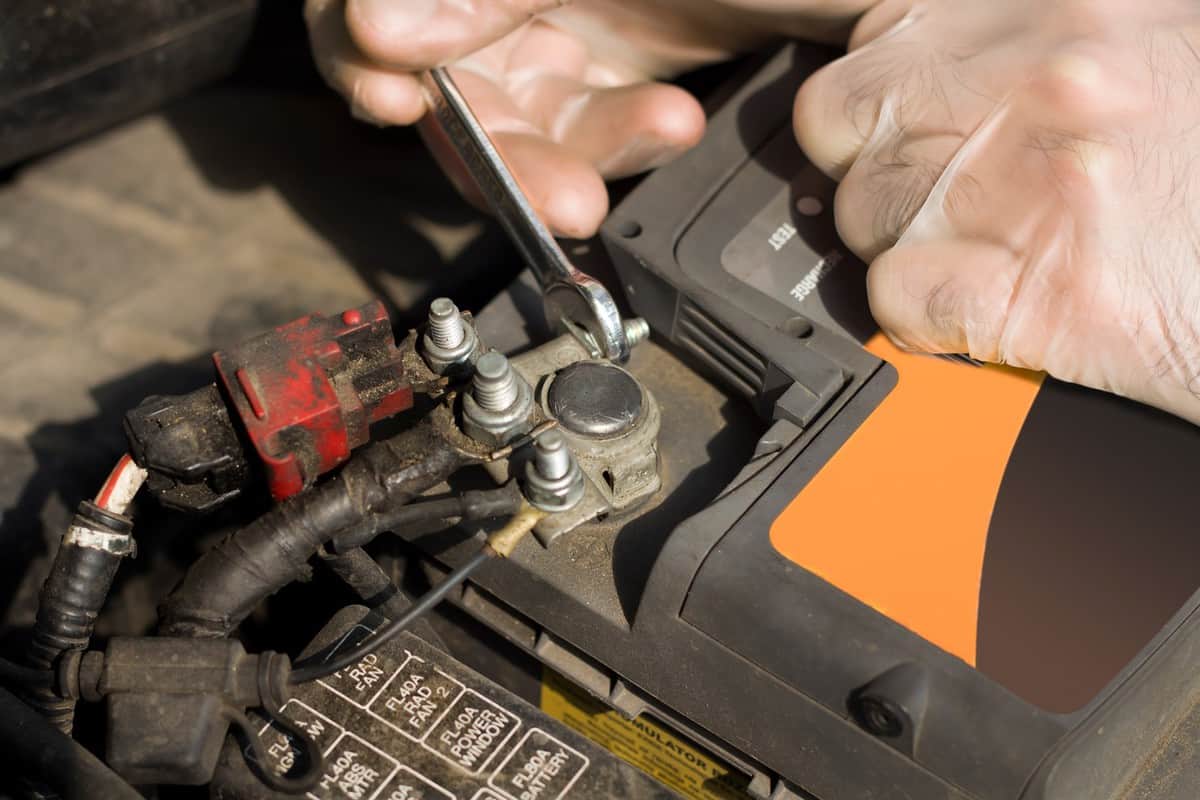 The AutoZone chain will be more than happy to check your engine light problems free of charge. Each location is equipped with a scanner and staff that know how to use it. With their certified equipment, they will be able to diagnose the reason for the light being on in no time.

Due to liability reasons, many AutoZone locations won't clear out the light for you. Their job is to give you a diagnosis and then guide you through the process of how to fix that problem. 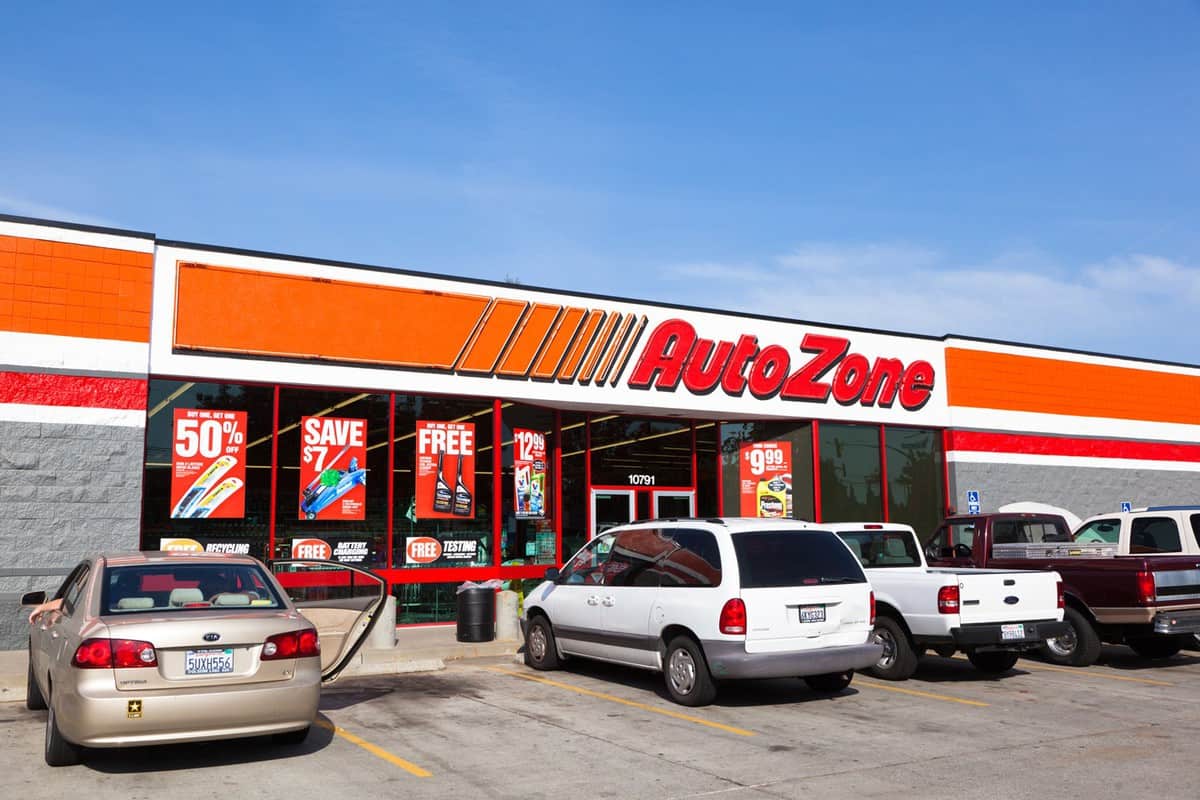 What is the most common reason for a check engine light?

There are many reasons that your vehicle's check engine light has lit up on your dashboard. Let's take a look at the most common ones here:

These sensors measure the amount of unburned oxygen is in your exhaust. Not detecting this will lead to the fuel/air mixture being off. This can eventually reduce your fuel economy, as well as damage your spark plugs and catalytic converter. 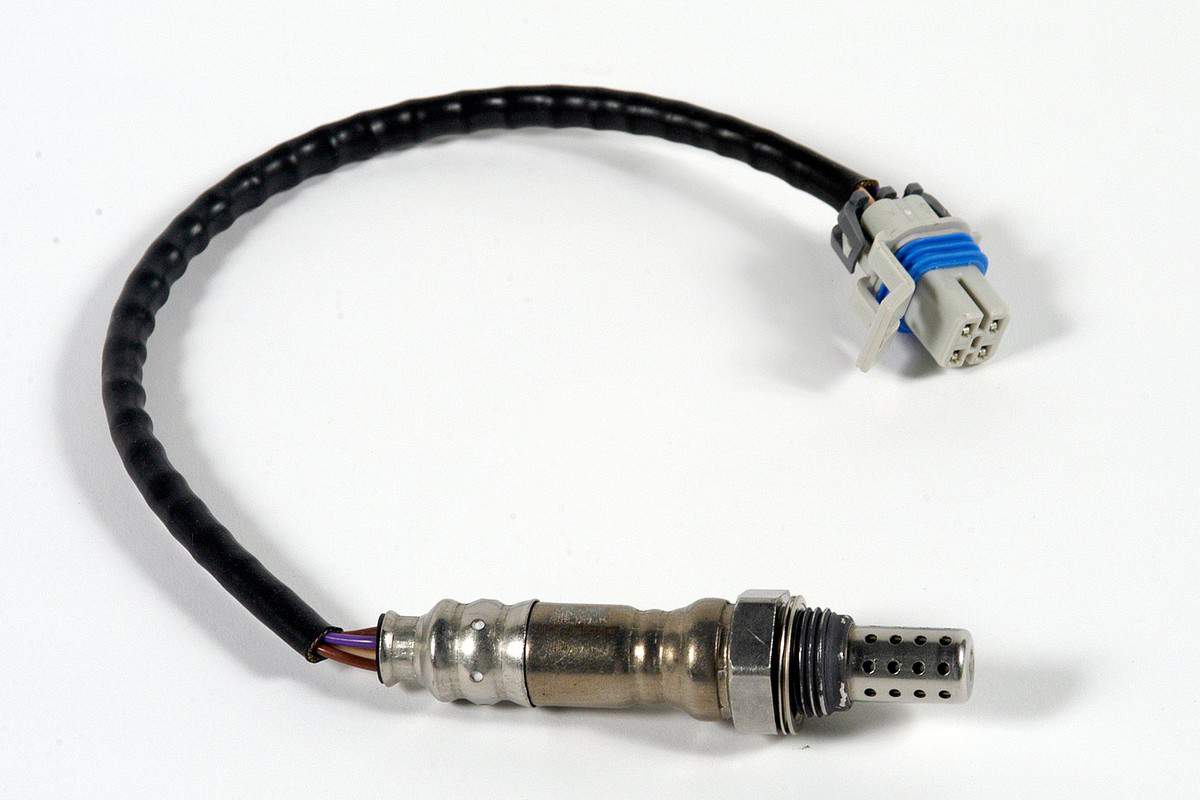 As strange as it sounds, not having your gas cap on properly can make this light glow. If the cap is loose or damaged, the vacuum seal that is needed for optimum emissions standards is broken. This will make the onboard computer believe that something is wrong.

So before you get a diagnosis or panic, inspect your gas cap first. 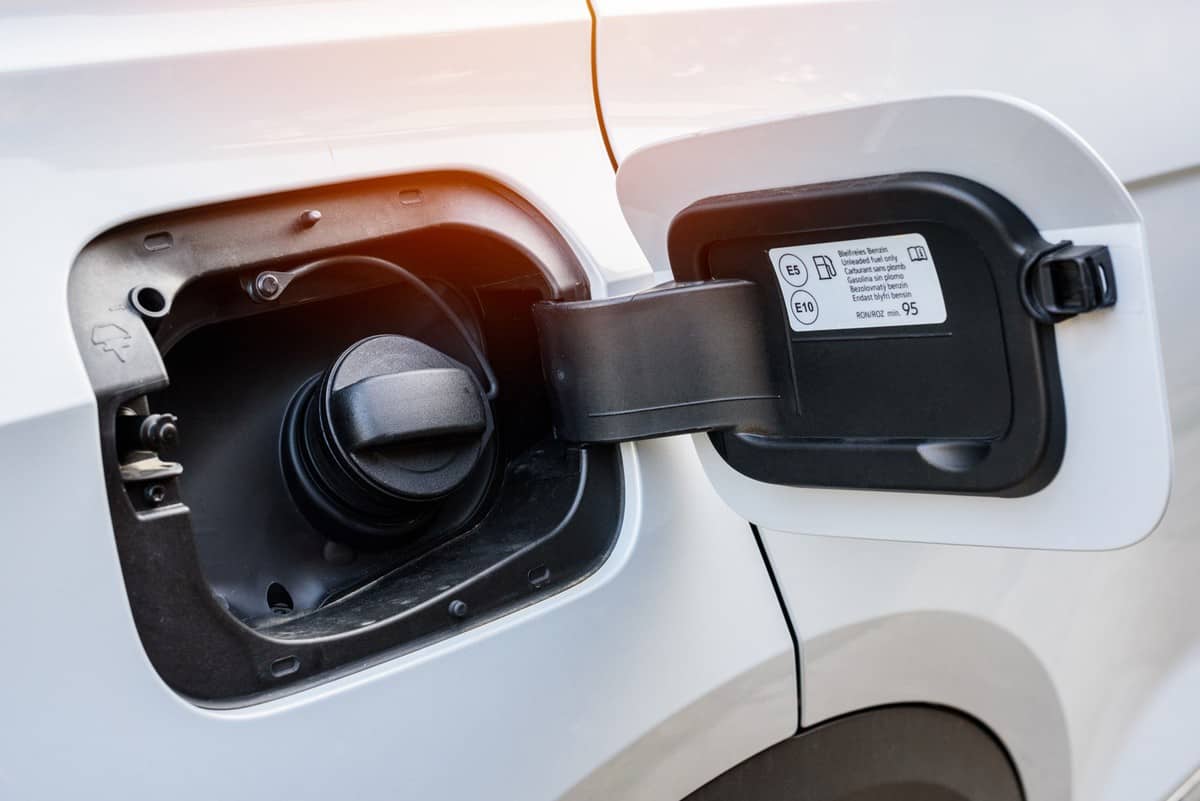 This vital part superheats harmful emission particles and converts them into carbon dioxide and water vapor. When this part fails, more dangerous emissions will be exhausted from your tailpipe.

Onboard sensors will be able to tell if this part is not performing correctly, and it will throw a code to your vehicle's computer. This will make that dreaded check engine light show up. 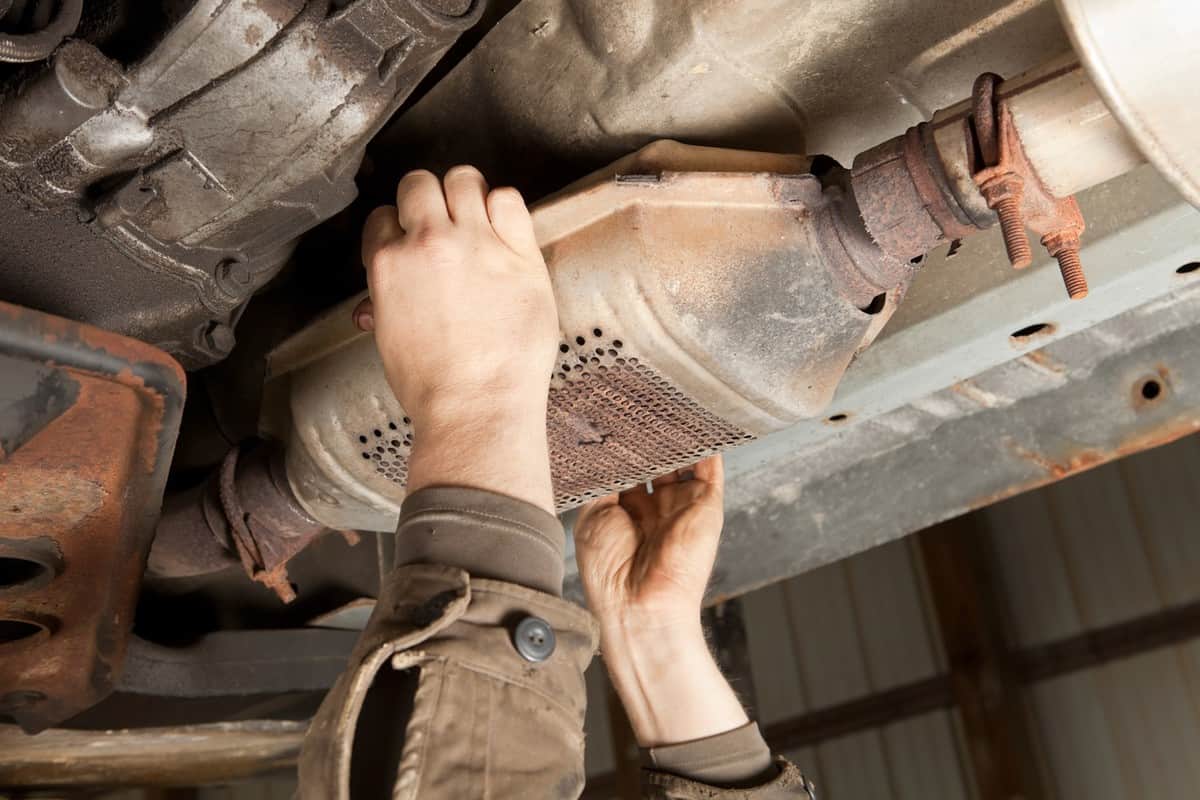 How many miles after the check engine light clears?

Results will vary on how long your check engine light will stay dim after it has been cleared. Generally, you should be able to drive a good 30 to 40 miles before it turns on again.

That being said, sometimes, the light coming on in the first place is the result of a glitch. Resetting it will turn it off and keep it off if that glitch has resolved itself on its own. 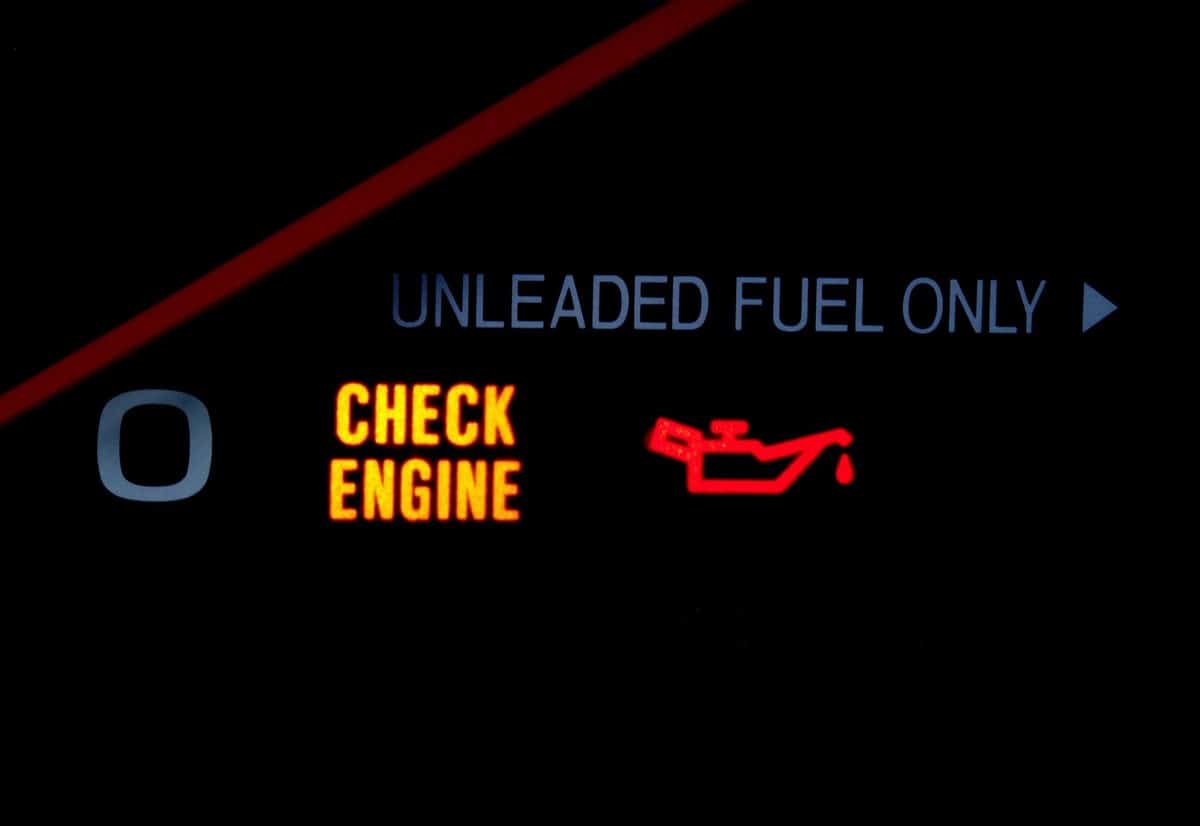 The check engine light in your vehicle mostly revolves around the emissions system. In states that do smog or safety inspections, this light will cause your vehicle to fail these tests.

Know what tests need to be performed in your state, and never ignore any warning light on your vehicle's dash, by getting it diagnosed by a professional as soon as possible. Drive safe!

If you found this post on vehicle inspections to be helpful, we believe you'll enjoy reading the following posts about automotive maintenance and repairs:

How To Defog Your Windshield Without Using The Heater

Can Hot Or Cold Weather Cause The Check Engine Light To Come On?

Can I Drive a Car with the Check Engine Light On?