If windshield wipers turn on during car ignition, then it means your wiper system has an electrical malfunction. If you are comfortable working on your own car's problems, then you may check your wiper system for the following:

Your car's windshield wiper system is very important to keep your vision clear during driving. If you would like to know more about fixing unintended wiper operations, then read on to learn more. 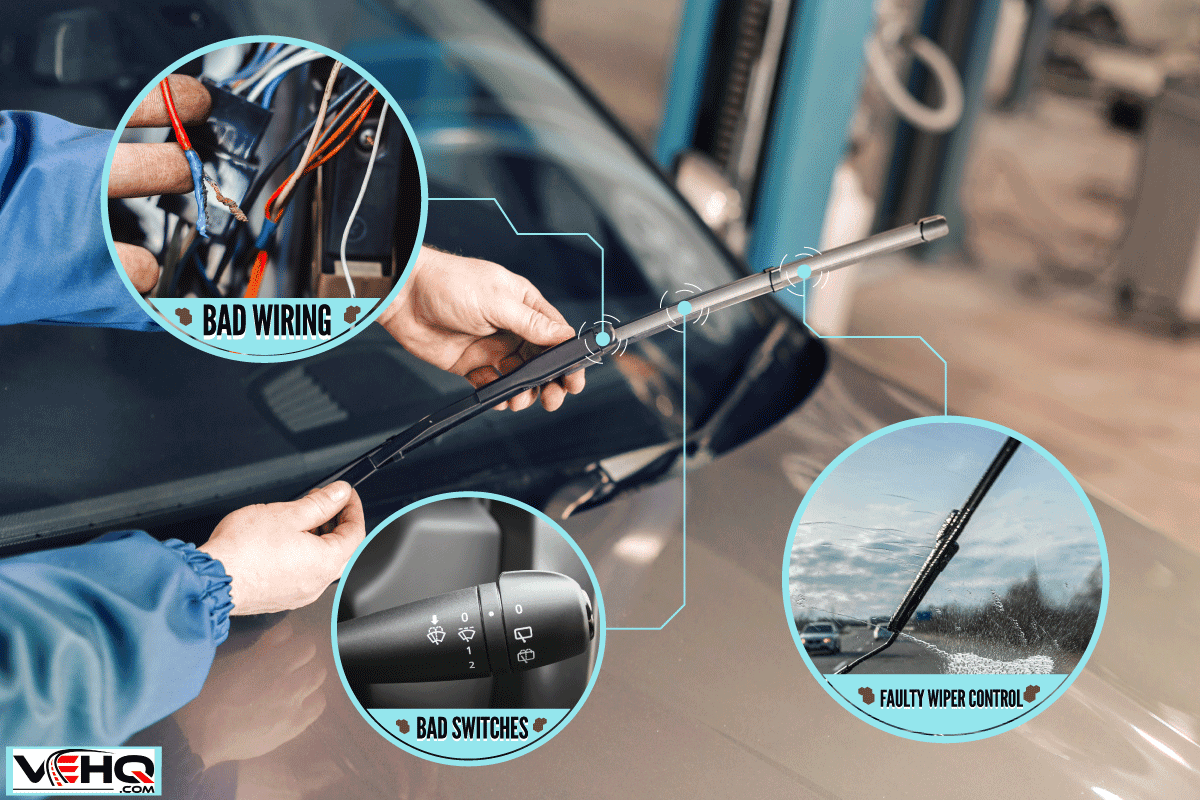 What Does It Mean When Your Windshield Wipers Turn On By Themselves?

Because of their position in front of the windshield, wipers that turn on by themselves can cause great alarm and panic to the driver. If you didn't accidentally nudge the wiper switch on, what could make them move?

By way of elimination, the actual but unintended movement of the wipers means that the problem is not mechanical in nature. After all, the wipers are doing what they were meant to do - to wipe the windshield.

That leaves us with electrical causes. Due to electrical problems, wipers can turn on by themselves when the car is running or during ignition. Moreover, wipers can remain on even after you have turned the engine off.

Modern wiper systems with wiper park switches and rain-sensing features use both types of circuits. Therefore, your wiper's electrical problem may arise from either circuit.

However, if you are comfortable with DIY car fixes, then you may try to diagnose and solve the problems yourself at home. In the next sections, we will discuss the possible sources of these electrical problems. 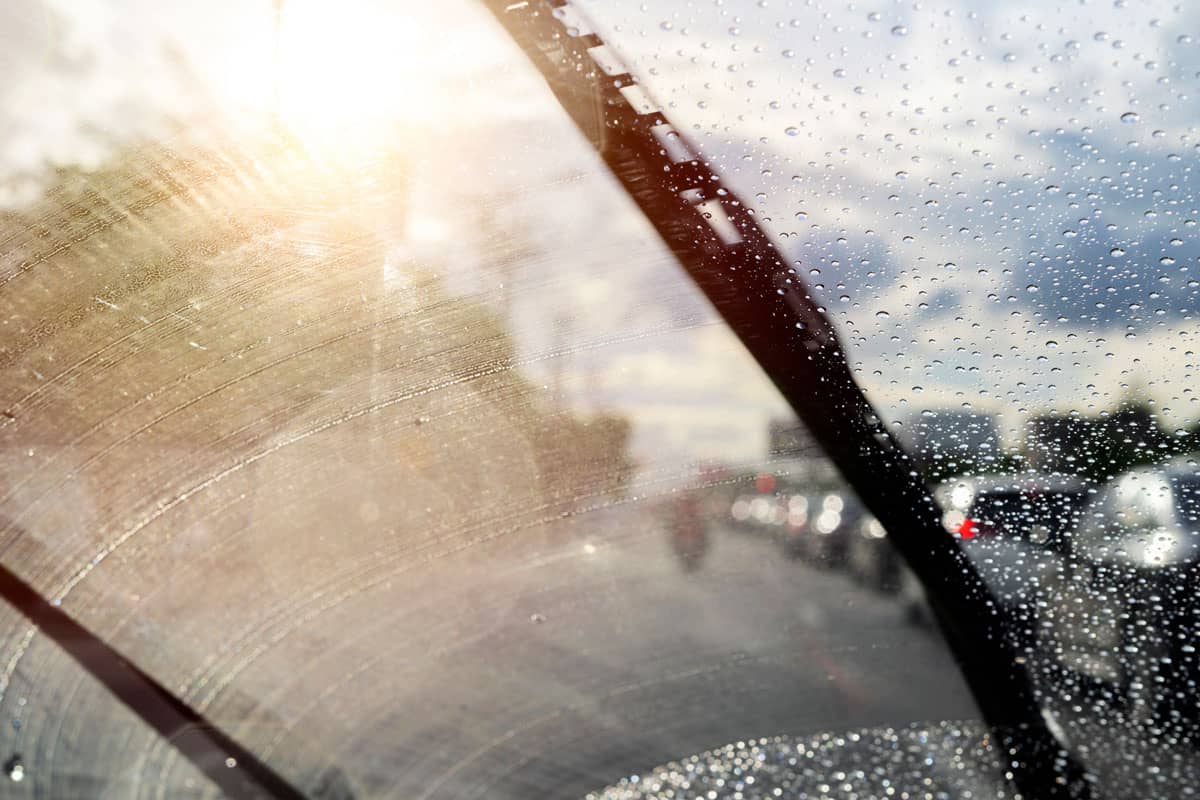 Electrical wires, particularly their outer insulating covers, can deteriorate over time. When this happens, the metal wires can get exposed and cause a short-to-power circuit.

A short-to-power circuit is a type of electrical short circuit that allows electrical current to flow to unintended paths such as exposed wires. As a result, an automotive accessory like the wiper may receive power unintendedly.

If the wipers turn on during ignition, then it's possible that the ignition circuit may be "spilling" electric current to exposed wires in the wiper circuit.

Moreover, the wiper system's wires and sockets connect to the wiper motor outside the cabin. As these parts are more exposed to engine heat, dirt, and moisture, they may also deteriorate over time. 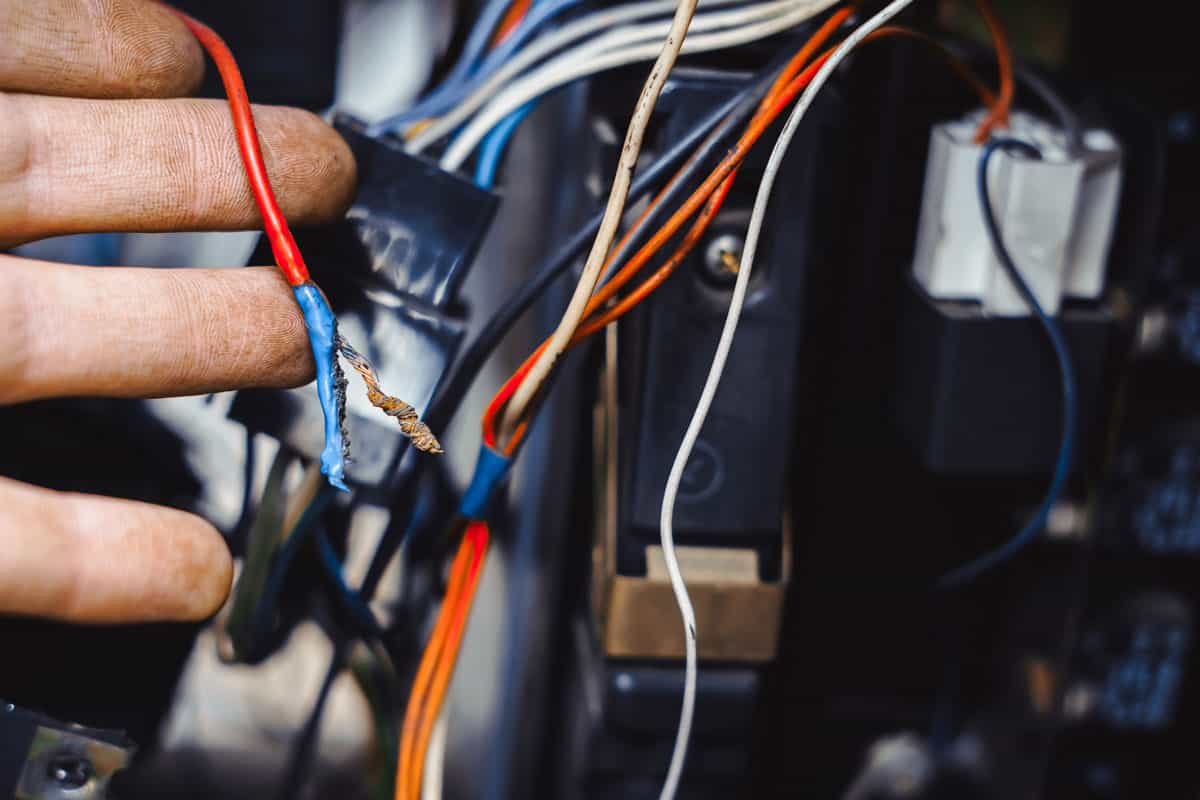 A modern wiper system has at least three switches that regulate the wiper operation. Any malfunctioning switch may prevent or keep the power flowing to the wiper motor.

The wiper combination switch is probably the most familiar one to the average driver. This switch often comes as a multi-function lever that controls wiper as well as windshield washer operation.

Because of frequent usage as well as proximity to other wires and moving parts (e.g. the steering column), the wiper switch can accumulate dirt, moisture, or sustain normal wear and tear.

A defective wiper combination switch may keep power flowing continuously or intermittently to the wiper motor. 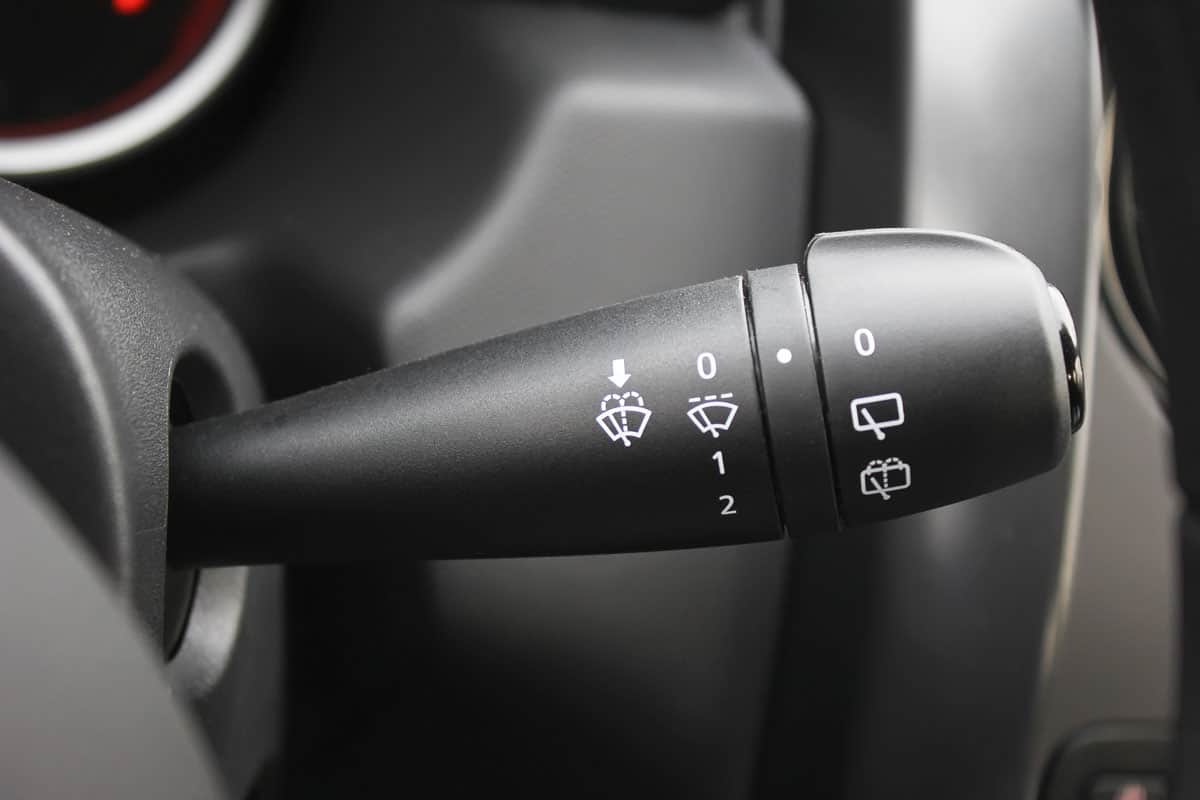 The wiper motor park switch cuts off power to the wiper motor only when the wipers are in the "park" or "down" position.  This ensures that the wipers do not stop in the middle of the windshield, obstructing the driver's view.

The park switch has a sensor that determines when the wiper arms are already in the "down" position.  However, if this position sensor fails, the wiper motor may keep running, waiting for the park switch to cut the power.

A modern car's wiper system may have multiple relays in the fuse boxes and on the wiper combination switch assembly.

A relay is an electrically-operated (not mechanically-operated) switch that lets low-current switches (like wiper combination switches) to turn on high-current circuits (e.g. the wiper motor power line).

Relays may "stick" while in the "on" position due to excessive heat or current flow.  If this happens to any of the wiper system's relays, then the wiper may turn on or stay on.

Almost all modern wiper systems today have a wiper control module to govern the wiper's operation.  Some modules are under the driver's dashboard, and some are directly attached to the wiper motor.

The wiper control module, sometimes called the wiper pulse board, controls the activation, speed, and duration of the wipers.  A shorted or malfunctioning module can turn on the wipers unintentionally.

Modern automotive electronics function properly when they receive consistent and precise streams of electricity. If the car battery fails in providing this requirement, many accessories can start acting weirdly.

You can try to test your battery's state of health and state of charge using a battery tester or a multi-meter.  Alternatively, if your battery is already several years old, then it's probably time for a new one.

Check out this popular battery tester on Amazon.

Many modern vehicles have rain-sensing wiper systems. These systems use windshield-mounted sensors that send out infrared beams to detect water on the windshield.

A photodiode on the sensor receives the infrared rays reflected by the windshield. If the diode receives the appropriate amount of infrared beams, the sensor knows that there is no rain outside.

However, water droplets on the windshield will divert some of the infrared rays away from their intended path to the diode.

When the diode receives fewer infrared rays than normal, the sensor assumes that it is raining. The sensor then sends a signal either to the BCM or the wiper module to activate the wipers, and at what speed.

A malfunctioning sensor may send out false readings and unintentionally activate the wipers. Moreover, dirt or even small cracks on the windshield may trip the sensor and turn the wipers on.

Modern cars have body control modules that govern all electro-mechanical functions. Aside from the wiper control module, some brands also route wiper operations to the BCM.

If a BCM starts acting up, it can send erratic commands to a car's door locks, lights, and wipers.

What Can Happen If My Wipers Turn On By Themselves? 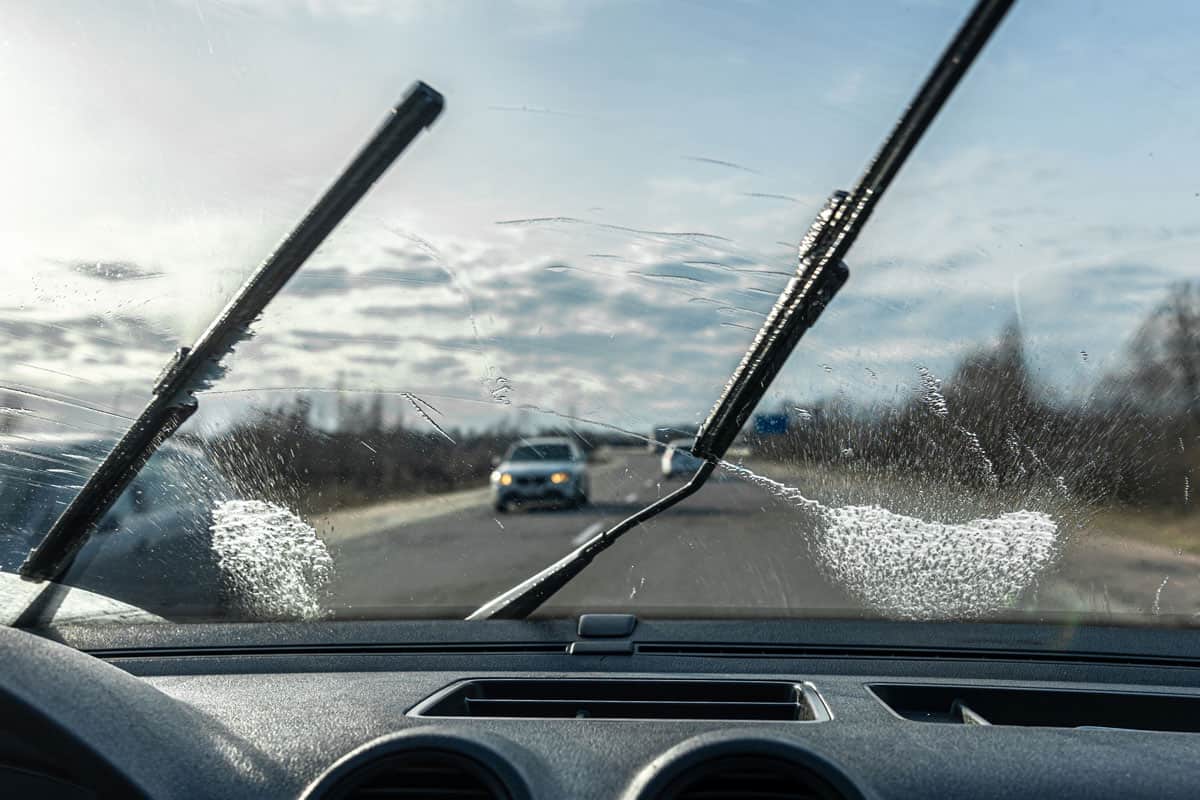 Unexpected wiper operation can startle a driver, especially when the car is moving. The wipers continuously get in the way of the driver's vision, and it will make noises. It's distracting as well as embarrassing.

Furthermore, if wipers turn on unintentionally when they are needed, they can cause damage to the whole wiper system.

Wiper blades glide smoothly when there is enough water lubricating the windshield's exterior surface. You may notice that wipers move faster and smoother when it is raining.

If there is no rain, however, windshield washers can help the wipers clean the glass better by spraying water during wiper operation. However, drivers need to turn the washers on manually.

If the wipers turn on by themselves without water lubrication, the wiper blades may scratch dry, dusty windshields.  Through time, these scratches may turn into big streaks that prevent the driver from seeing clearly.

Wipers use soft rubber blades that minimize friction and scratching on the windshield. However, the rubber blades may deteriorate through normal usage and exposure to the elements.

If the wipers turn on by themselves during dry weather, the lack of water lubrication damages not just the windshield but also the rubber blades. Worn-out rubber blades will expose the flexible metal bar underneath.

Damaged wiper blades may be relatively cheap and easy to fix. However, broken wiper motors are not.

Whenever the wipers turn on during dry, dusty, or freezing conditions, the wiper motors take on excessive strain due to the additional resistance or friction. Such working conditions will wear out the motor quickly.

In extreme cases when the wiper blades freeze in place, the motor may keep running even if the blades are not moving. In this case, the motor might just overheat and break completely. 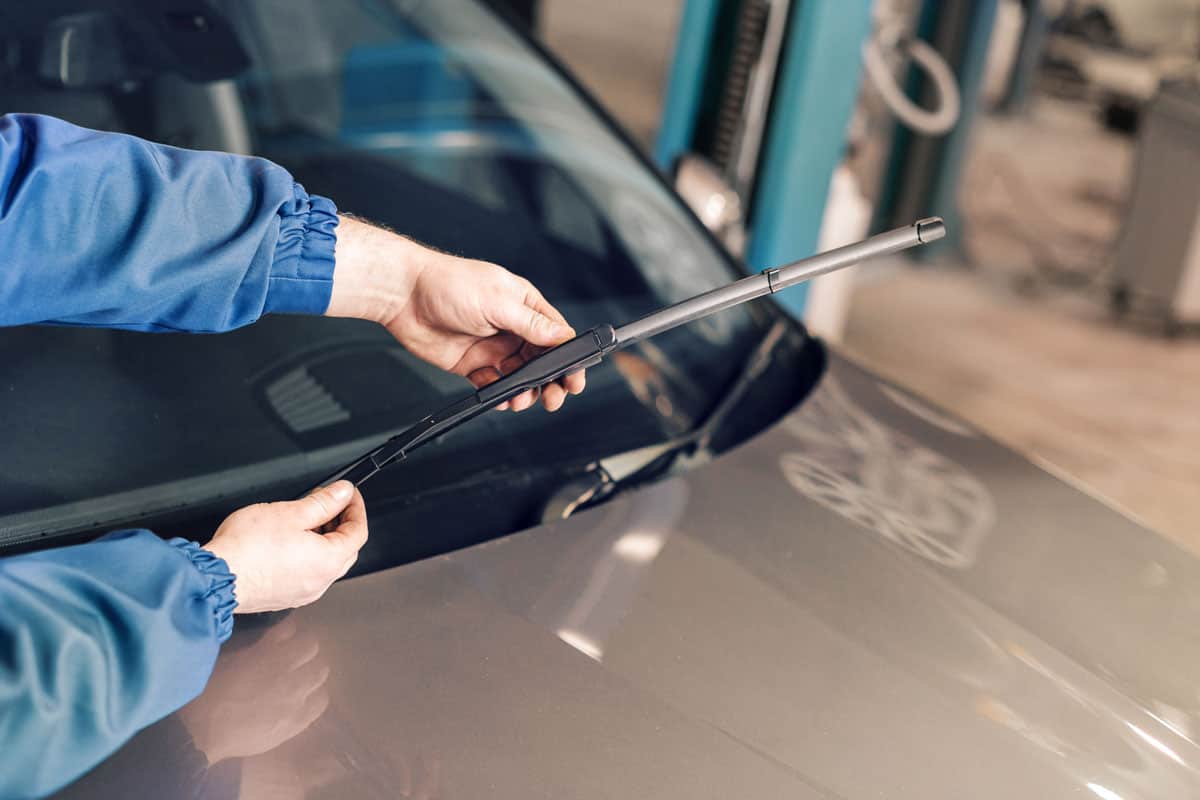 Due to electrical problems, windshield wipers can turn on by themselves during ignition, while the car is running, or even when the car is off. You may use a multimeter to test as well as isolate the problem.

If you are an experienced automotive enthusiast, then you may be able to diagnose and fix the problem in your garage. However, for many average car owners, hiring a professional auto electrician may be the best way.

Thank you very much for reading. We hope that we were able to help you identify and solve your car's wiper problems.

If you would like to find more interesting automotive discussions, then please check out these great articles below.

How To Remove Wiper Marks From Windshield

My Honda Accord Key Is Stuck In The Ignition – What To Do?