When you return to your camper after a day enjoying the great outdoors, having power at your fingertips is important. The wall plugs in the camper bring power to your small appliances and to anything you plug into those outlets. But, how do those outlets work when you are wild camping versus plugged in at a campground? Do camper outlets rely on a battery? We've researched all you need to know about powering camper outlets to answer these questions for you.

A lot goes into powering your camper or RV.  Keep reading to see how it all works so you may sleep easy at night in your camper. 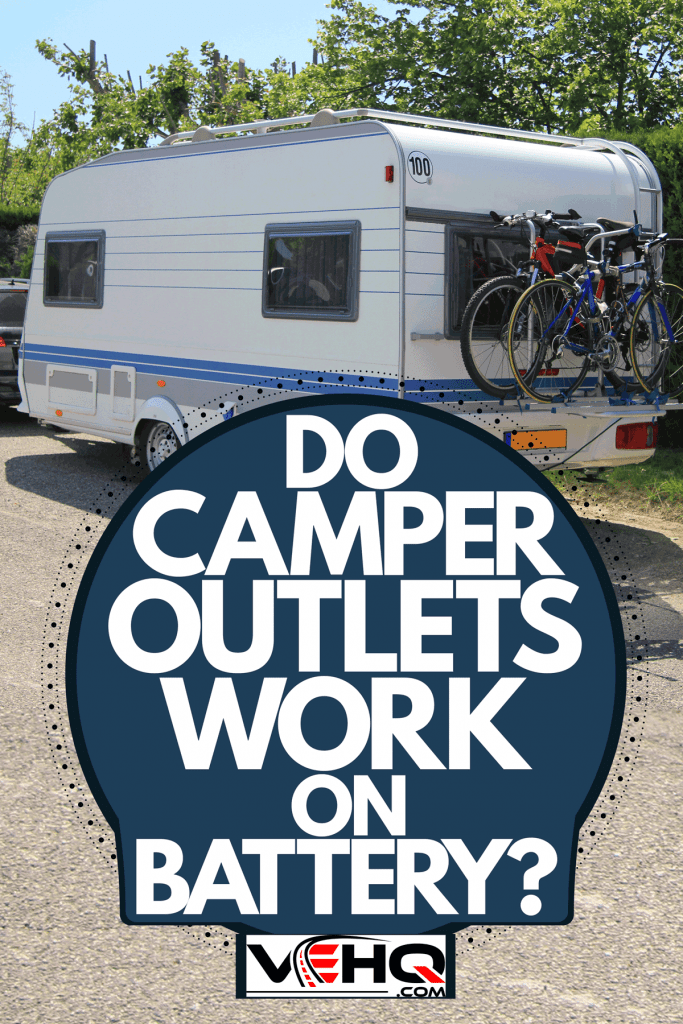 How Does A Camper Get Power?

Check the owner's manual for the location of the camper's battery system if it is not obvious. Twelve volts of battery power is the minimum standard. A 12 volt should last 24 hours with moderate use. The camper may have one 12 volt battery or two 6 volt batteries in series.

If you want more power, add more batteries to the series. Some larger RVs come with six 12 volt batteries in the battery compartment.

When the camper is in a campground or at your home, you can plug the battery system into the power source to receive shore power.

What is AC/DC power?

Are RV Outlets The Same As House Outlets? 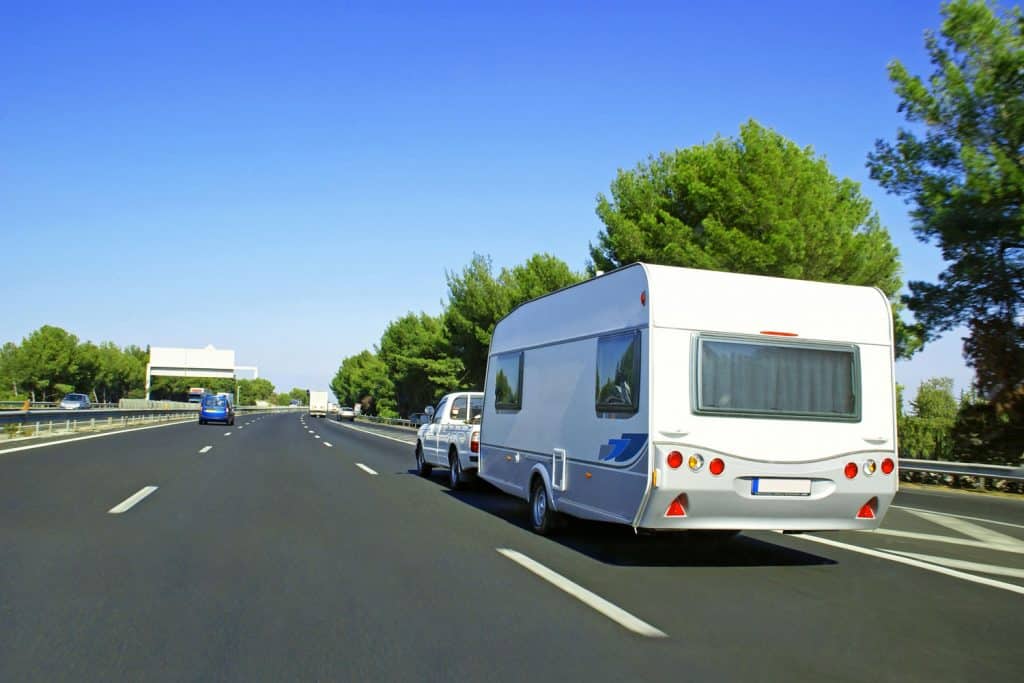 RV outlets can give the same power, 15 to 20 AMPS, as house outlets but are designed differently. In a house, the outlet has a box attached to the wood studs of the wall. Inside the box, the wires of the plug are attached to the wiring of the house.

Since the RV is a smaller space, the walls do not have studs. Instead of using a household outlet box, choose an RV outlet box that is thinner with all the wiring complete inside. Replacing one involves removing it and plugging the same model into the wall hole.

Why May Camper Outlets Stop Working?

Camper outlets may cease to work if too many things are plugged into the electrical system, an outlet has gone bad, or the camper has experienced an electrical surge.

If pressing the GFCI to reset or flipping the circuit breaker back into place doesn't fix the problem, it is wise to seek a certified RV technician to diagnose and fix the problem in the electrical system.

If you are good with electrical systems, you may use a multimeter to test the voltage on the outlets. Replacing is a bad outlet is a relatively easy repair for someone with some electrical skills.

If nothing electrical is working in the camper, the battery system may have run out of juice. It will need to be recharged with shore power or with a portable generator or if you have solar panels. 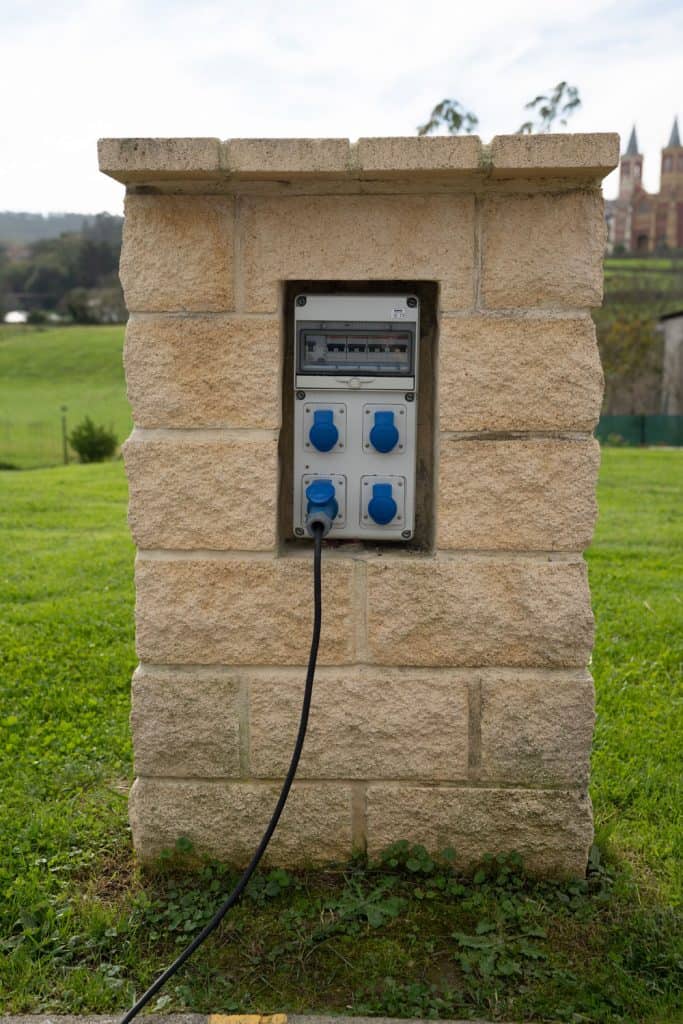 When the camper has access to shore power, it is smart to plug it into the power source. The power source often offers two types of plugs: the 30 amp plug and the 50 amp plug. The RVs with 30 amp shore plug usually have smaller RV size appliances, one air conditioner, and fewer outlets. The RV with a 50 amp shore plug may have household-size appliances, one or two air conditioners, and more outlets.

It is helpful to have a 30 amp/50 amp adapter to attach to your power cable, so you can plug it into all types of power sources. But if the power source gives 30 amp power even with the converter,  you will still only be receiving 30 amps.

Click here to see an adapter plug on Amazon.

Click here to see an example of a 30 amp surge protector on Amazon.

What Runs Off Battery In A Camper?

When plugged into shore power, the outlets are all live running off the battery system.

If your RV has household-sized appliances and larger air conditioner units, which are AC-powered, these will also run off the battery but through the inverter, which converts the DC power to AC power.

Does An RV Battery Charge When Plugged In? 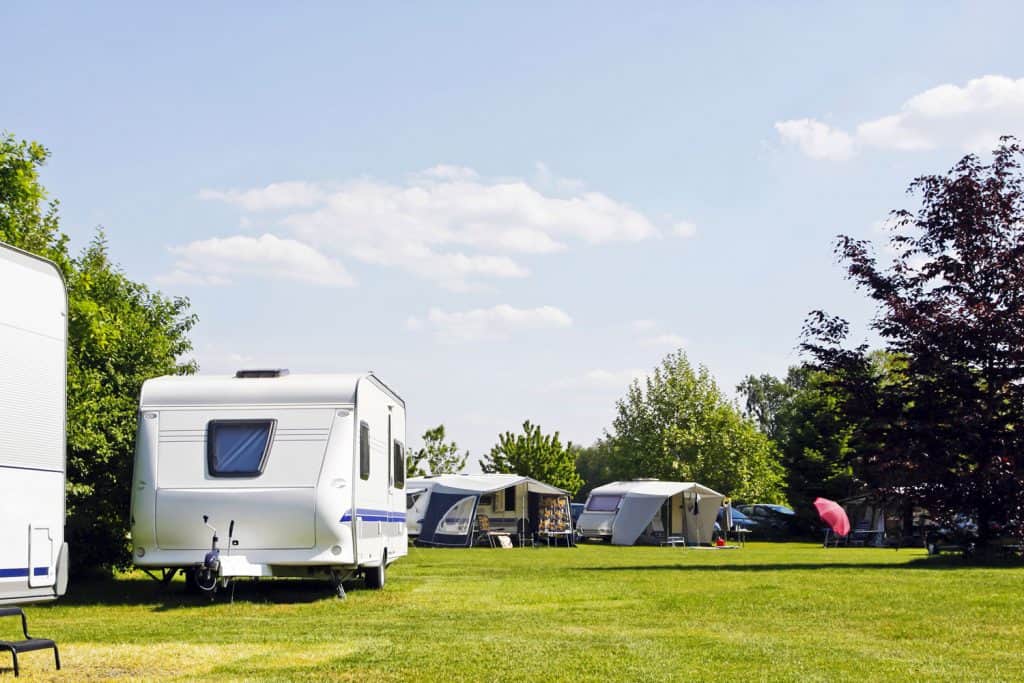 When the RV uses shore power, the battery system is charging.  The battery will also be charged by the RVs' engine when driving. Some will have plugs that attach to the pickup or SUV's electrical system for fifth wheels or other towed campers to recharge the camper's battery system when the tow vehicle is running.

Your RV will have power in its outlets in most conditions whether you are driving, plugged into shore power, or parked with the vehicle's motor not running.  The camper's battery powers the outlets in the camper.