Motorcycle engines, just like car engines, come in a variety of sizes and weights. If you own a motorcycle, you probably know it's overall weight, but have you ever wondered how much the engine itself weighs? Whether you plan on taking an old bike apart or are just curious about engine specs, we have some answers for you.

The weight of a motorcycle’s engine largely depends on the number of cylinders it has and the volume of the cylinders which is measured in cubic centimeters (cc). In general, motorcycle engines weigh 20-200 pounds. Here are a few examples of common motorcycle engine sizes and their approximate corresponding weight:

If you still have some questions about motorcycle engine weight, don't worry. In this post, we’ll discuss the various types of engines and their respective weights and sizes. Just keep reading to learn more about what affects the weight of a motorcycle’s engine. 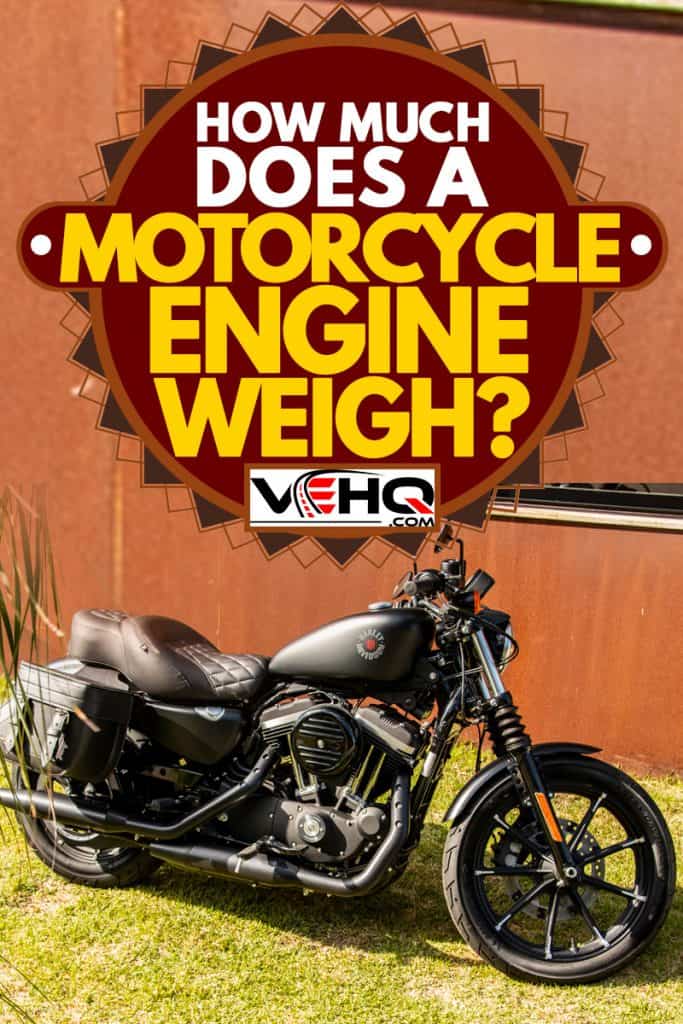 The cylinders inside a bike’s engine are where the combustion process—the process that creates power—takes place. Engines with a higher volume (cc) will create more power. So naturally, more cylinders equate to more weight added to the engine.

As mentioned previously, the engine weight of a motorcycle also depends on the type of engine. Engines vary in type according to their cylinder volume, combustion chamber capacity, and the number of strokes.

Here we'll talk more about motorcycle engine sizes, weight, and what you can expect from each.

These engines usually top out at around 110mph and can typically ride at sustained speeds of around 60-70mph. A smaller engine makes a motorcycle much easier to handle, which is why these are great choices for beginner riders. The engines also allow a bit more wiggle room to make "new rider" mistakes such as tip-overs and over-acceleration.

A 600 cc engine can get anywhere between 140mph to 200mph and can usually ride at sustained speeds of about 75-85mph—though this means less fuel efficiency. These engines tend to do well for highway riding because of their smooth riding capabilities. They can, however, pose higher riding challenges due to their added power.

Capable of speeds of 160 to 220mph, 900 cc engines are a force to be dealt with when it comes to power, speed, and engine character. They can sustain speeds of about 75-100mph and will deliver unparalleled torque and tremendous horsepower. Needless to say, these engines are definitely for more experienced riders, as the bikes that they’re built for can weigh anywhere from 600 to 900 pounds.

A 1300 cc engine is one of the most powerful motorcycle engines manufactured. They can reach speeds of 170 to over 200mph without breaking a sweat. Though very powerful, they tend to offer bikers a smoother ride when it comes to maneuverability and acceleration.

What Is A Good Engine Size For A Motorcycle? 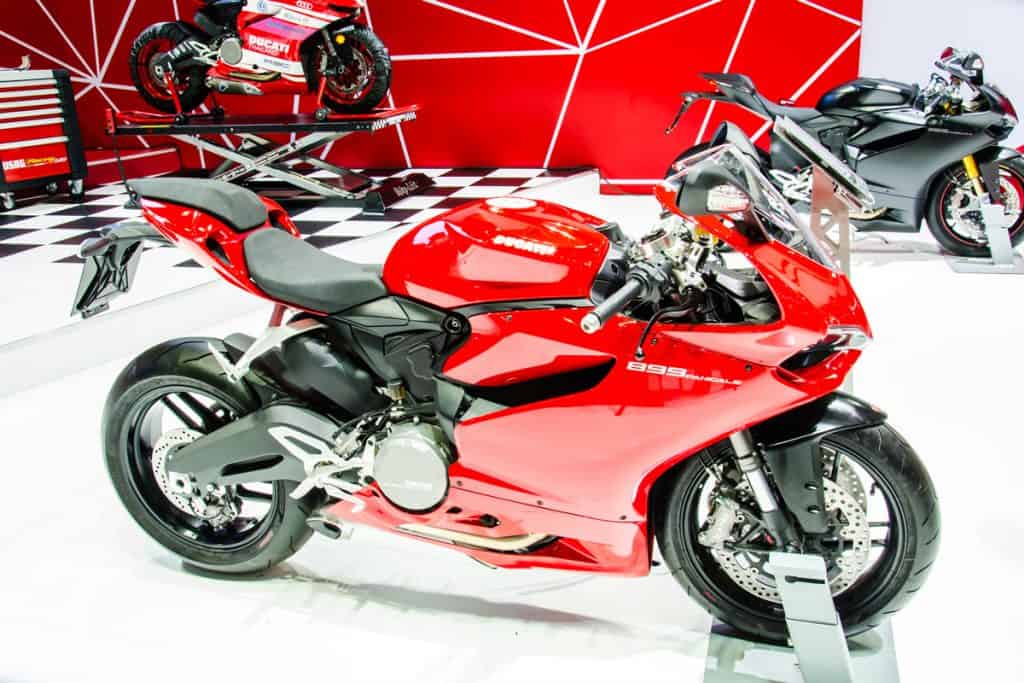 This really depends on the experience level of the rider and what the bike will be used for (i.e. sports, cruising, racing, etc.).

If you’re new to riding, a small-engine motorcycle is always recommended, as heavier bikes can be harder to control—which can be very dangerous for newbie riders. It’s often recommended that new riders go with engines that are 500 cc or smaller, with engine sizes 250 cc or less being the most ideal.

Bikes with smaller engines are not only easier to handle, but they offer more options for those looking for low-cost bikes with sufficient power. Many motorcycle models come in a variety of sizes. For example, the popular Ninja made by Kawasaki comes with engine sizes ranging from 250 cc to 1300 cc.

What Are The Different Types Of Motorcycle Engines?

Here we'll talk more about the different kinds of motorcycle engines and their characteristics.

A single-cylinder engine is the simplest of engine configurations. These engines are commonly built for sports bikes, dirt bikes, and mopeds. In comparison to other types of engine layouts, they have fewer parts and are easier to manufacture. Their simplicity makes them pretty light in terms of weight and less expensive than other engine types.

You’ll see these engine types most commonly associated with both vintage and modern motorcycle models. Their layout consists of two cylinders positioned side by side, right on top of the rotating shaft. This duality allows for a more responsive riding experience, though they can cause extra vibration on the bike.

Inline 4 engines contain four parallel cylinders grouped in a standalone cylinder block. This allows for an even number of pistons, which translates into a more balanced piston movement and a smoother running bike engine. This engine configuration is most common in mid-weight sports bikes.

The v-twin engine is hands down the most popular bike configuration in the United States (thanks to Harley Davidson). This particular engine configuration consists of two “side-by-side” cylinders which are set in a v-shaped form. Motorcycle enthusiasts flock to these engine types because of their superb power-size ratio and weight-saving capabilities.

Similar to the inline 4, this engine type consists of three parallel pistons all contained inside a single cylinder block. The main benefit of this type of engine setup is that it offers the smoothness of an inline 4 engine, but with the narrowness of a v-twin engine. This compact design is most commonly seen in sports and adventure bikes.

A v4 engine configuration is rarer than other engine types. Their setup consists of four cylinders arranged in a “V’ configuration, making the engine way more compact. These high-performance engines allow for smooth riding and ample torque delivery. Unsurprisingly, they’re also more expensive to manufacture and are most commonly found in higher-end motorcycles such as the Ducati and Aprilia brands.

What Is The Largest V-Twin Engine For Motorcycles?

In 2008 Leonhardt Manufacturing created the Gunbus. This behemoth of a motorcycle has a record-breaking V-twin engine which displaces around 6,728 ccs. The bike itself is over 11 feet long and weighs about 1,400 pounds. To date, no other bike manufacturer has made a larger engine.

We hope this guide has helped you better understand the typical weight range of motorcycle engines. Before you go, be sure to take a look at these other guides that might be of interest:

How Much Can You Tow With A Motorcycle?