Certain automatic cars will have the 'S' label on their gear shifters. So what does this S-gear mean? We researched the answer to that question for your convenience and here's what we found.

Generally, the 'S' in an automatic transmission car stands for ‘sport.’ Shifting to this gear enhances the vehicle’s performance, allowing drivers to make the most out of certain driving situations.

However, frequent use of the S-gear might bring harm to the car. Continue reading as we tackle some shortcomings of shifting to a car’s sport mode frequently. We’ll also discuss this mode in greater detail. 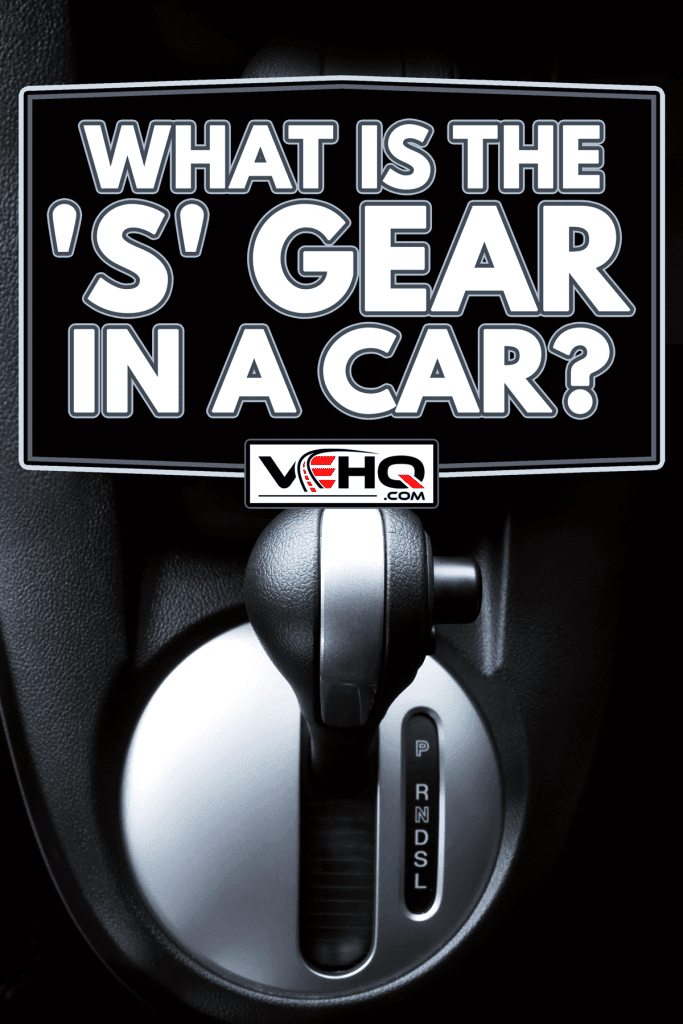 What Does The 'S' Mean On A Gear Shift?

The 'S' on a gear shift of an automatic transmission vehicle typically stands for ‘sport.’ Shifting to this gear allows the car to hold the low transmission settings longer than usual. Doing so results in the car seeking out additional power, which can be ideal during situations like making sharp turns. 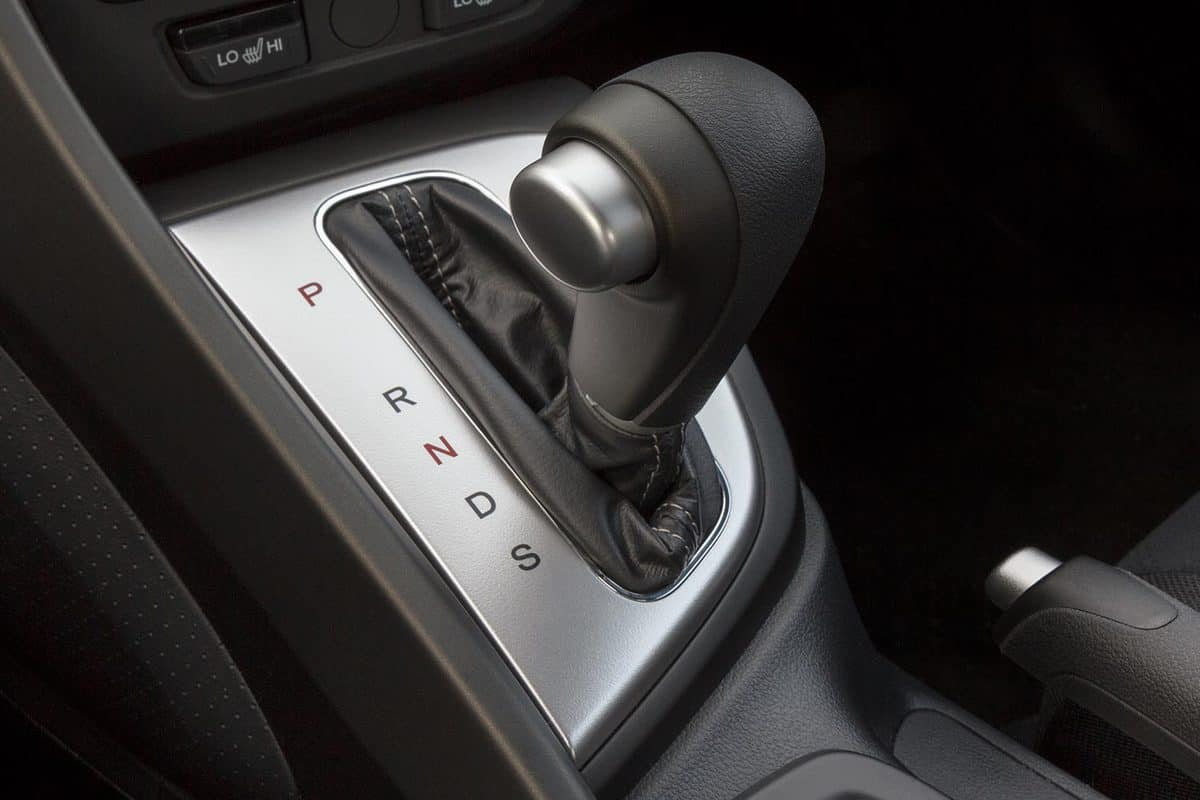 You might also be curious about the possibility of activating sport mode while driving. If so, check out our post on that topic to know the answer to that concern.

When To Use 'S' Gear In An Automatic Car? 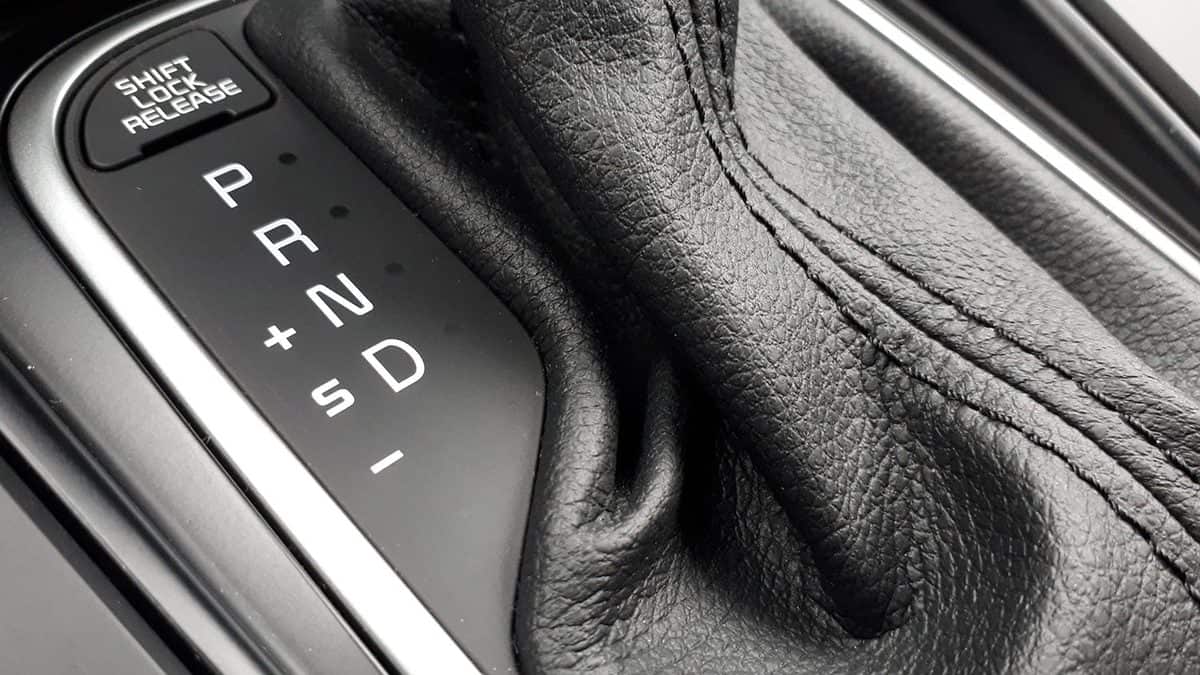 As mentioned previously, shifting to the 'S' gear while driving an automatic car can be ideal when making sharp turns. Your vehicle’s sport mode usually makes the revolutions per minute (RPM) climb faster than usual, providing quicker-than-average responses.

Keep in mind that the performance of each automatic transmission vehicle’s sports mode often varies based on different factors. In other words, some cars may reach higher speeds faster than other vehicles when they’re in their respective 'S' modes.

Aside from making sharp turns, putting automatic cars in their 'S' gears might also be ideal during highway driving scenarios. This mode should provide the vehicle with above-average power to overtake other highway cars.

What Is The Difference Between 'D' And 'S' In Automatic Transmission?

The 'D' on an automatic car’s gear shift generally stands for ‘drive.’ It puts the car in a regular driving scenario that typically doesn’t push the vehicle’s features beyond their limits.

On the other hand, the 'S' mode often boosts the performance of automatic transmission vehicles. But continuous and/or frequent use of this shift setting might put the car at risk of harm.

Shifting between the different gears on an automatic car shouldn't pose problems in most cases. But sometimes vehicles, such as the Chevy Suburban, don't shift gears on command. If you run into this problem, read our post on what could be wrong when a Chevy Suburban won’t shift gears to know your options.

What To Do When 'S' Gear In Car Doesn't Work?

Failure to shift to the 'S' mode often means that the transmission doesn’t allow proper gear changes. If so, the cause of this problem might come from a lack or absence of transmission fluid.

Take note that the process to add transmission fluid to a vehicle often differs per car. So check your owner’s manual to learn the correct steps for this procedure.

Still, here's a quick look at the steps to pour transmission fluid into an automatic vehicle:

Check out this transmission fluid on Amazon.

You can also watch the video below to see the steps mentioned above in action. The person in the short clip also discusses the importance of checking and adding the correct fluid to an automatic vehicle's transmission:

Is It Better To Drive In Sport Mode? 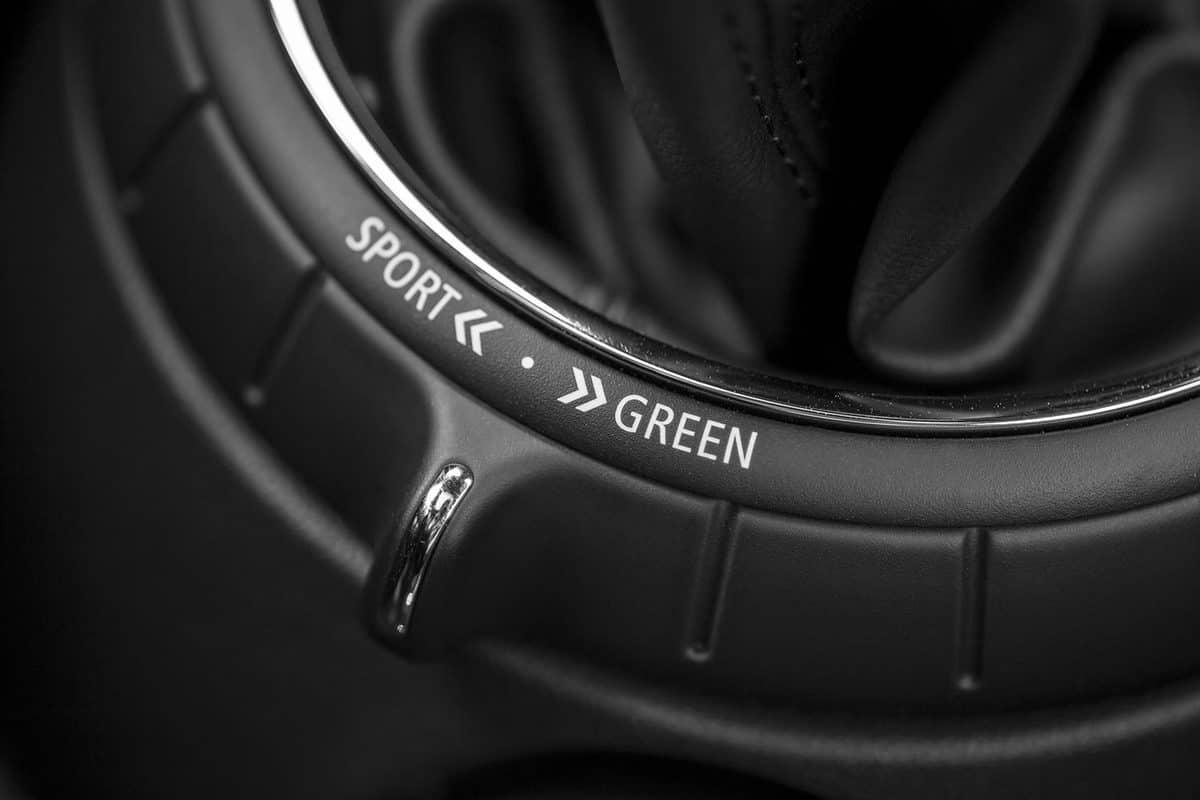 It’s best to use your automatic vehicle’s sport mode sparingly. In this section, you’ll learn some of the shortcomings of frequent shifting to the 'S' setting on your car:

The sudden and quick changes to a car’s performance can lead it to burn more fuel than usual. It’s like giving your vehicle an adrenaline rush, making it perform better than before with a relatively short activation period.

As a result, fuel efficiency suffers. Also, your car uses up more energy the longer you sustain the 'S' gear.

Keep in mind that the average car engine lasts about 150,000 miles or 8 years. However, shifting to the 'S' gear frequently and maintaining it for extended periods can overwork the engine, reducing its lifespan.

Still, some cars can take the heavy load of using the 'S' gear often. But preventing the reduction of the car engine’s life can still save you a significant amount of money from repair and/or replacement costs.

Activating Sport mode in your car may or may not make the vehicle's performance louder than usual. Some vehicles may experience their cars having louder-than-usual throttle performance because of the more aggressive response. However, some automatic car users might only hear some cracks or sputter from their throttles when shifting to this mode.

Is Sport Mode Good For Snow?

It’s not ideal to use sport mode when driving on ice and snow. If so, the slippery surface may make the tires and wheels spin in place, defeating the purpose of using this gear. Still, you might be able to solve this concern by installing snow socks or chains on your car’s tires.

Check out these tire chains on Amazon.

Which Car Has The Best Sport Mode?

It’s important to note that there’s not a single sport mode setting that bests the competition. However, some vehicles will have sports modes that excel in certain areas than their competitors. Some examples of these cars are: 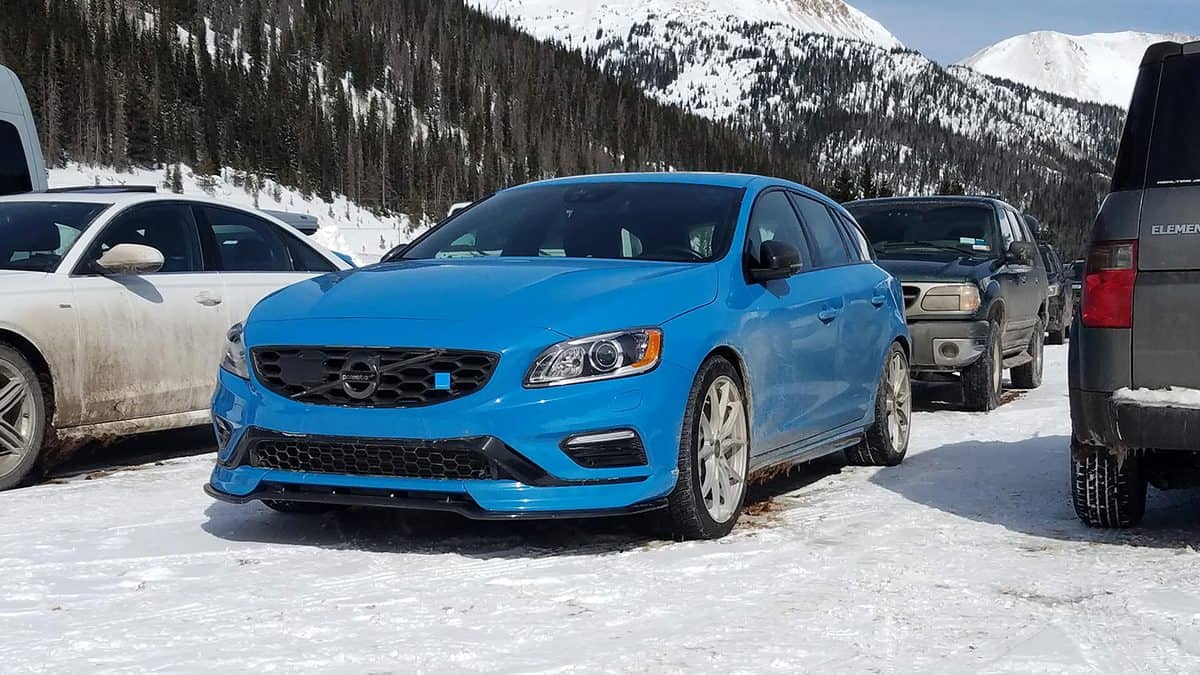 The Volvo V60 Polestar, particularly the 2017 model, rises above the crowd by having a 'Sport Plus' mode. Accessing this gear shift requires drivers to push the shifter forward and hold it there while tapping the left paddle twice. Doing so boosts the car’s existing sport mode’s performance slightly.

However, drivers of this vehicle can still access the standard sport mode by tilting the gear shifter to the left. Doing so enhances some of the car’s systems, such as the steering, throttle, and exhaust.

With the Cadillac CTS, especially for the V-Sport trim, its performance in sport mode can bring in some cheers from car enthusiasts. Certain users report that activating the sport mode on this vehicle will make steering both tight and accurate. Driving the CTS V-Sport on bumpy roads may also feel smooth, thanks to its enhanced suspension performance. 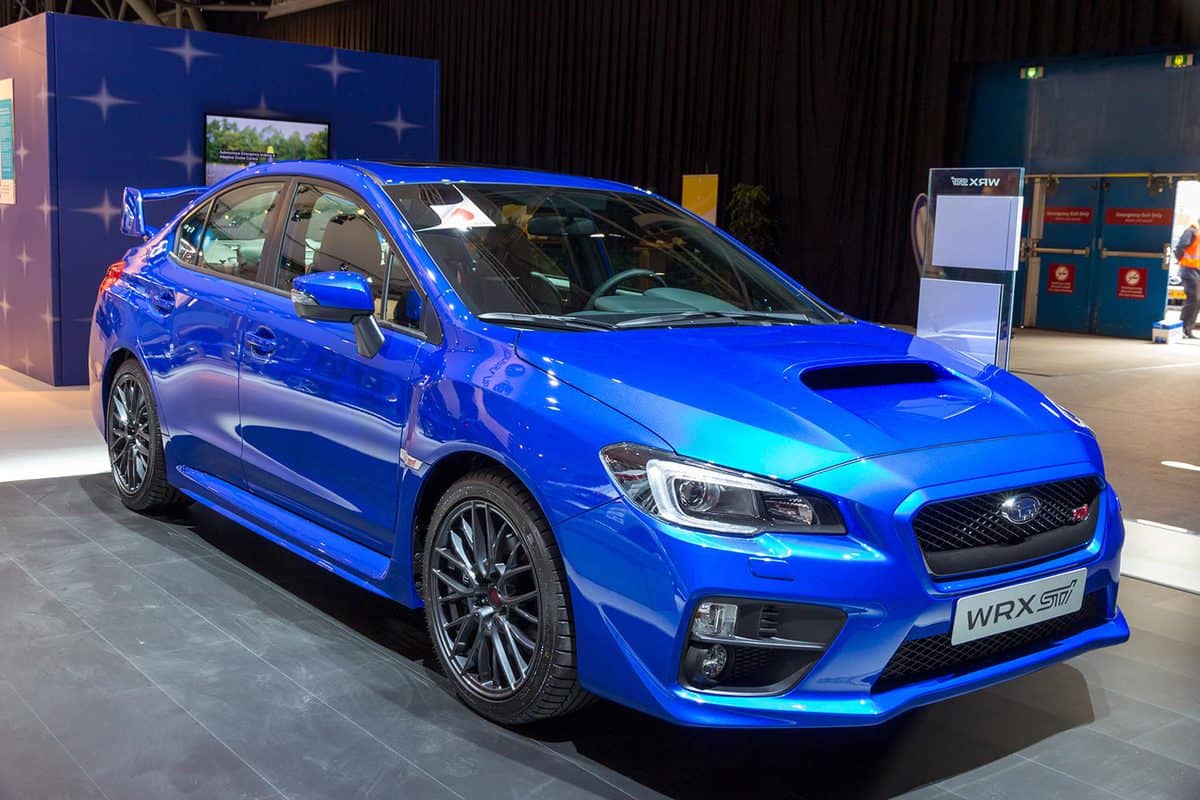 Unlike other vehicles that only have one sport mode, the Subaru WRX has two. Aside from the standard 'S' gear, the WRX also has a Sport Sharp ('S#') mode.

Setting the vehicle in 'S#' mode puts its engine and transmission to their maximum possible potential. Drivers may experience even better accuracy and control from this car's steering and throttle response.

Also, this car comes with paddle controls that help the driver change the vehicle’s transmission to eight pre-determined settings. Supplying the WRX’s driver with optimal control can help that person tackle twisty roads with more confidence than driving on highways. 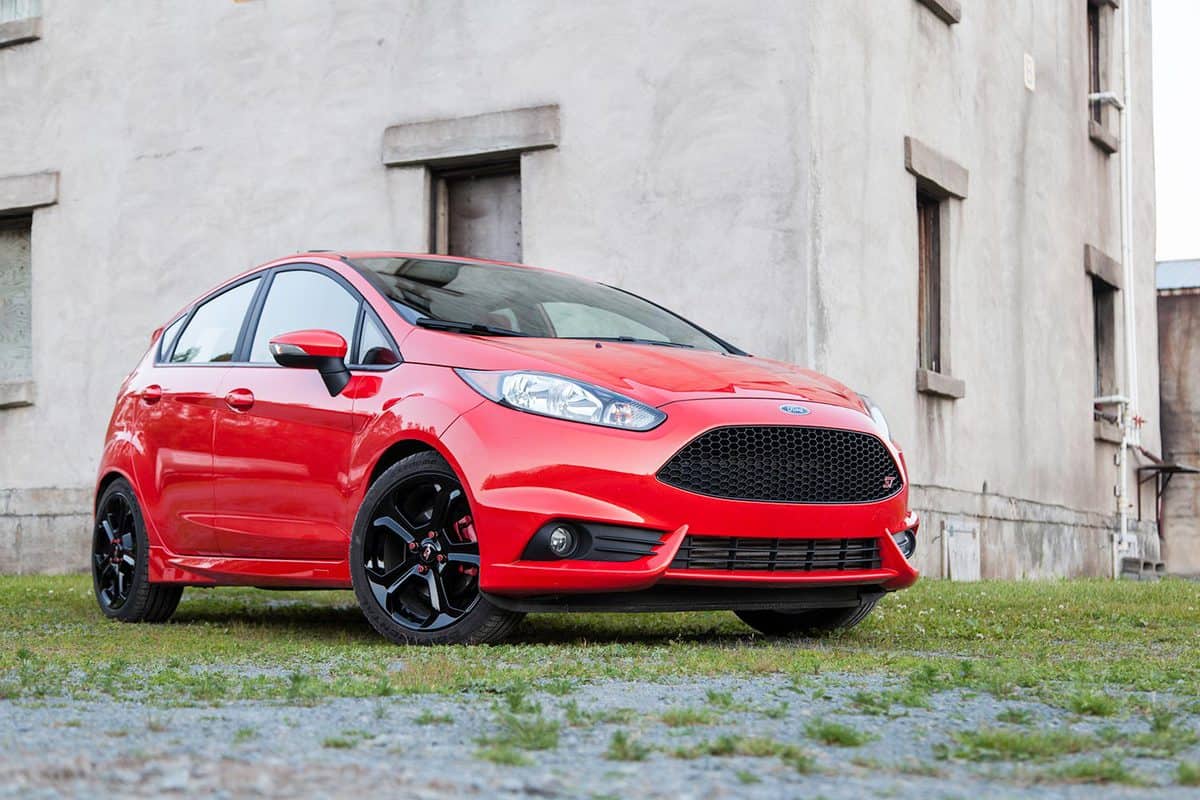 The Ford Fiesta STs might not have the quietest sport modes in the car sector, but it balances the additional noise with enhanced highway driving performance. Shifting to the 'S' setting on the car's gear shifter allows the driver to experience sharper steering, throttle response, and engine mapping.

You’ll know when the sport mode on this vehicle is active when the exhaust bangs or pops a few times. The steering also becomes heavier than usual, providing better control for different driving scenarios.

Don’t forget to read our post on the average weight of a Ford Fiesta to gain additional insight into this vehicle.

Remember that the ‘S’ on the gear shift of an automatic transmission car typically stands for ‘sport.’ It provides additional performance and power to some of the vehicle’s systems, such as acceleration and torque. But be wary as using this mode frequently may reduce fuel efficiency and the engine’s life.