The Chevy Silverado is a dependable truck with a powerful engine that can move over rough terrain. However, it can be surprising when it starts producing a clunking noise as you accelerate. What's the problem and how do you solve it? After consulting with the experts, we compiled the information below.

Your Chevy Silverado produces a clunking noise as you accelerate when the transfer case comes into contact with the skid plate. There are several reasons that would cause this to happen, including:

The clunking sounds can be quite a nuisance. Thus keep reading to know what is producing this sound and how to get rid of it. Included is the cost of repairing your Chevy Silverado to stop the clunking sound. 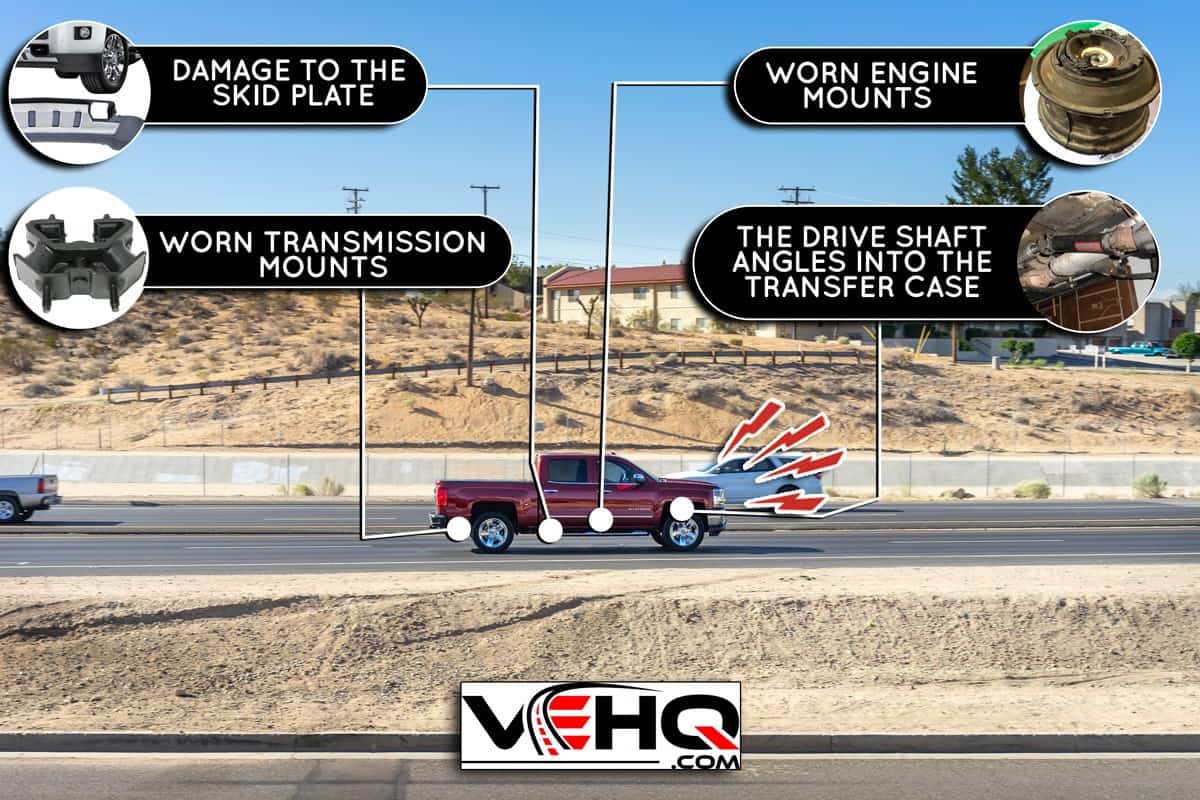 Why Is Your Chevy Silverado Producing A Clunking Sound? 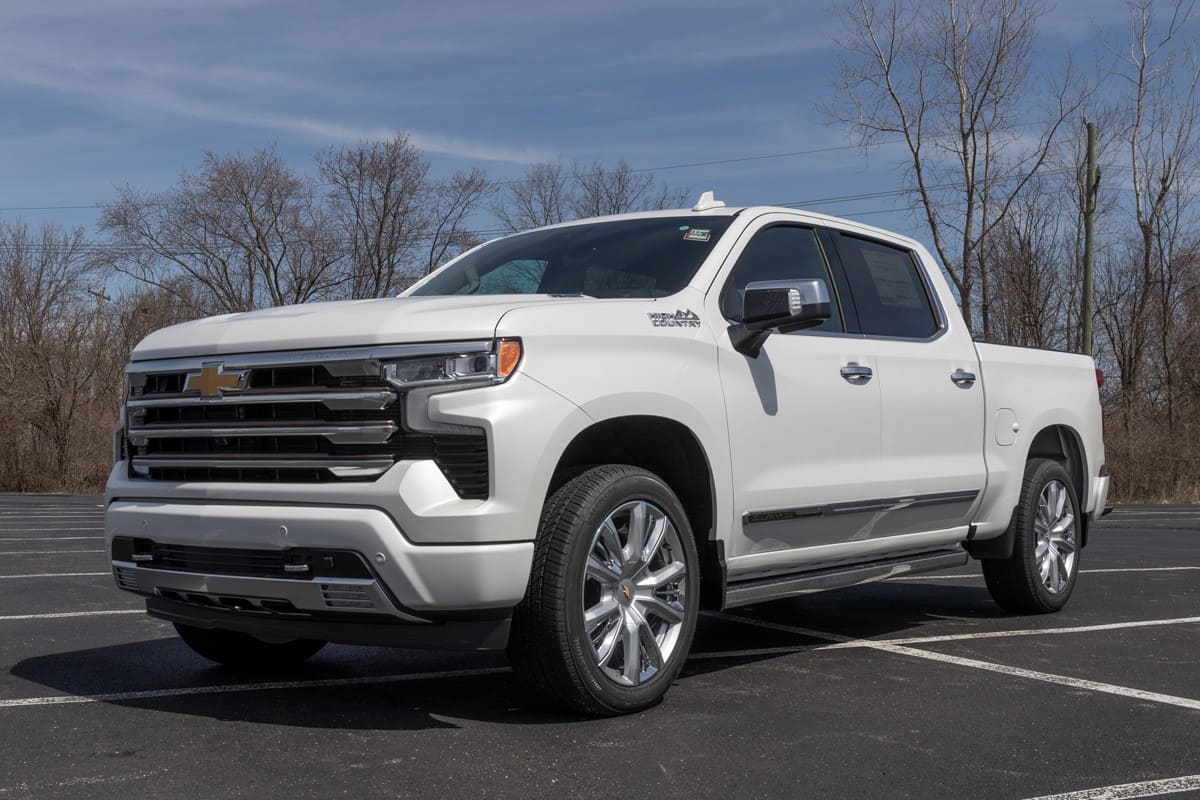 It can be worrisome when you are driving your Silverado peacefully when suddenly you hear a clunking noise. This noise is produced when the transfer case is in contact with the skid plate.

The following are some common reasons why the two parts will touch and produce a clunking sound:

The transfer case transfers power from the transmission to all four wheels through the front and rear axles. The skid plate protects the underside of your vehicle, including the transfer case. It is beneficial, especially if you often drive off-road.

Under normal circumstances, there should be space between the transfer case and skid plates. However, sometimes the two may come into contact. It can occur, for example, if you accidentally hit the underside of your truck against a rock and the skid plate bends inwards.

When the mounts on the transmission case wear out, they can sag and touch the skid plate. The result is a clunking sound.

A bad transmission mount can also cause the transmission to move around more than it usually does. You may not notice this unless your mechanic does a brake test.

To carry out the test, your mechanic will put the transmission on drive while pressing the brake pedal and accelerating slightly without moving the car. If the mounts are faulty or worn, there’ll be too much movement of the powertrain.

A engine mount also has some rubber in it, which wears and tears over time, losing its elasticity. A sign this has happened is increased vibration, which may produce clunking sounds. However, rattling sounds are more prevalent.

Drive Shaft Angles Into The Transfer

When your driveshaft is angled or slightly off, it will come out of alignment. Sometimes, the misalignment can be due to both issues producing the clucking sounds.

Typically, both the front and rear driveshaft angles should be between 1 and 3 degrees. If it's above 3 degrees, you may feel vibrations as your drive.

How To Fix The Clunking Sounds Coming From Your Chevy Silverado 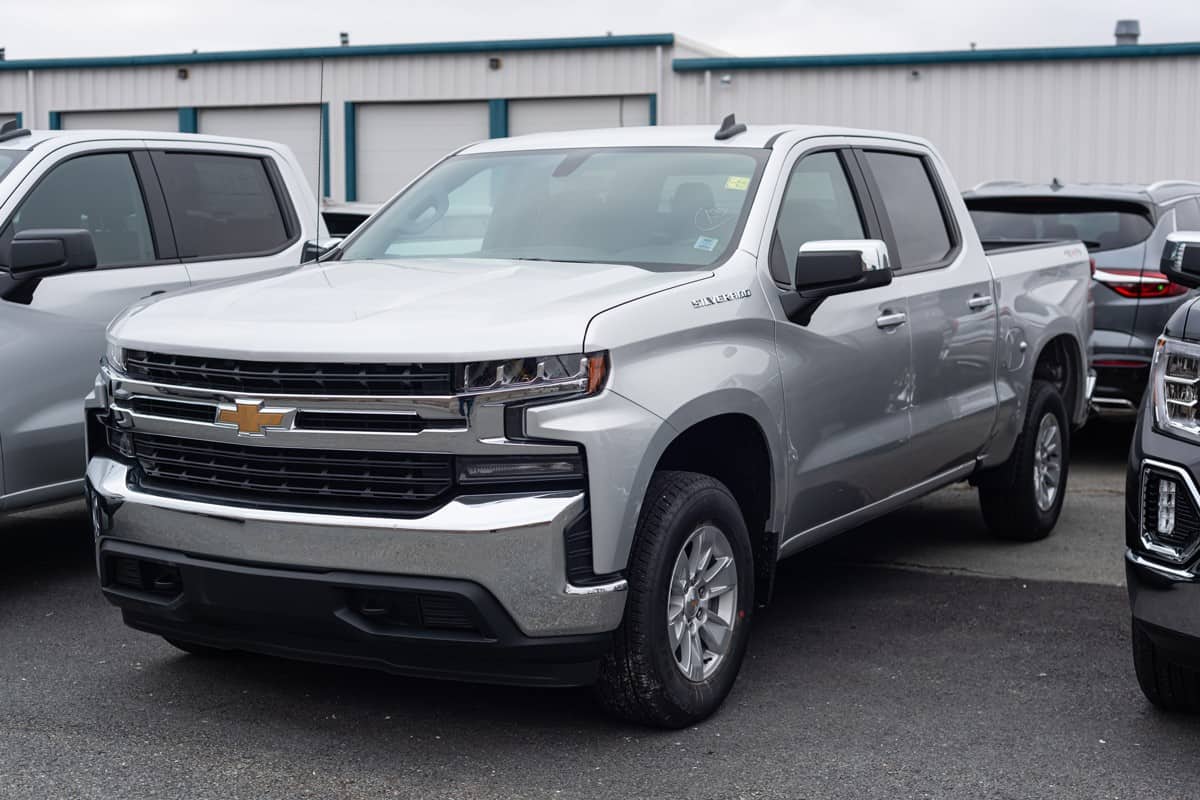 You can fix this problem by first finding out what is producing the clunking sound. Go through all the problems mentioned above to know the exact cause.

Repair Or Replace The Skid Plate

Repair the skid plate if it is damaged, bent, cracked, or split in two. But, before repairing your skid plate, you need to know what material it is made from. Skid plates are made from plastic, aluminum, or steel.

It’s difficult to repair a damaged plastic skid plate because it will have lost its firmness. Repair the aluminum skid plate if it is bent inwards or damaged due to a hard impact. However, replace it with a new one if it is badly damaged or split in two.

Check out this alloy steel skid plate on Amazon.

A steel skid plate will probably need repairs after using it for a long time. Steel is strong and is not easy to bend or break. Steel wears out due to usage over a long period or because of corrosion or rust.

If the clunking sound continues after repairing or replacing the skid plate, then there is another problem producing the sound.

This is a transmission mount that you can find on Amazon.

The transmission mount holds the transmission in place and absorbs vibrations. It prevents you from feeling the engine move, so that you can have a smooth drive.

Though fairly easy, repairing the mount is quite involving. Unless you are confident enough, leave the job to your mechanic.

Below is a video that explains in detail how to replace a transmission mount:

Check out these engine mounts on Amazon.

The engine mount is made of steel and rubber. Vehicles normally have more than one engine mount, sometimes up to three. A Chevy Silverado most likely has two engine mounts, though you can confirm by checking your manual. As earlier discussed, immediately replace a worn or broken mount.

Just like the transmission mount, if you don’t repair a faulty engine mount early, it can cause severe damage to the transmission and axle shaft. Besides, if your engine mount contains oil, the oil may leak. Replacing these mounts is also complex, quite involving, and best done by a mechanic.

The video below will give you an idea of how replacing an engine mount is done:

This is an angle finder that you can find on Amazon.

Incorrect driveshaft angles need to be rectified for a smooth drive. This is a complex job, thus it's a job for a mechanic. An angle finder like the one shown above is a crucial gadget that you use to fix the angle of a driveshaft.

Check out the brief video below that shows you how to align a driveshaft:

For a more detailed explanation on driveshafts, check out the video below:

Cost Of Fixing The Clunking Sound On Your Chevy Silverado

Skid plates cost between $10 to $520, depending on the size, the material used, and where you will have them replaced.

A transmission mount for Chevy Silverado costs around $110. The cost of labor to replace it is between $46 and $57.

The engine mount of a Chevy Silverado costs around $133, while the labor to repair it costs between $295 and $372.

Generally, driveshaft repairs can cost you between $1,500 and $1700, including replacing the shaft. The cost of the parts can be half this price, while labor can cost you around $200.

How To Maintain Your Chevy Silverado 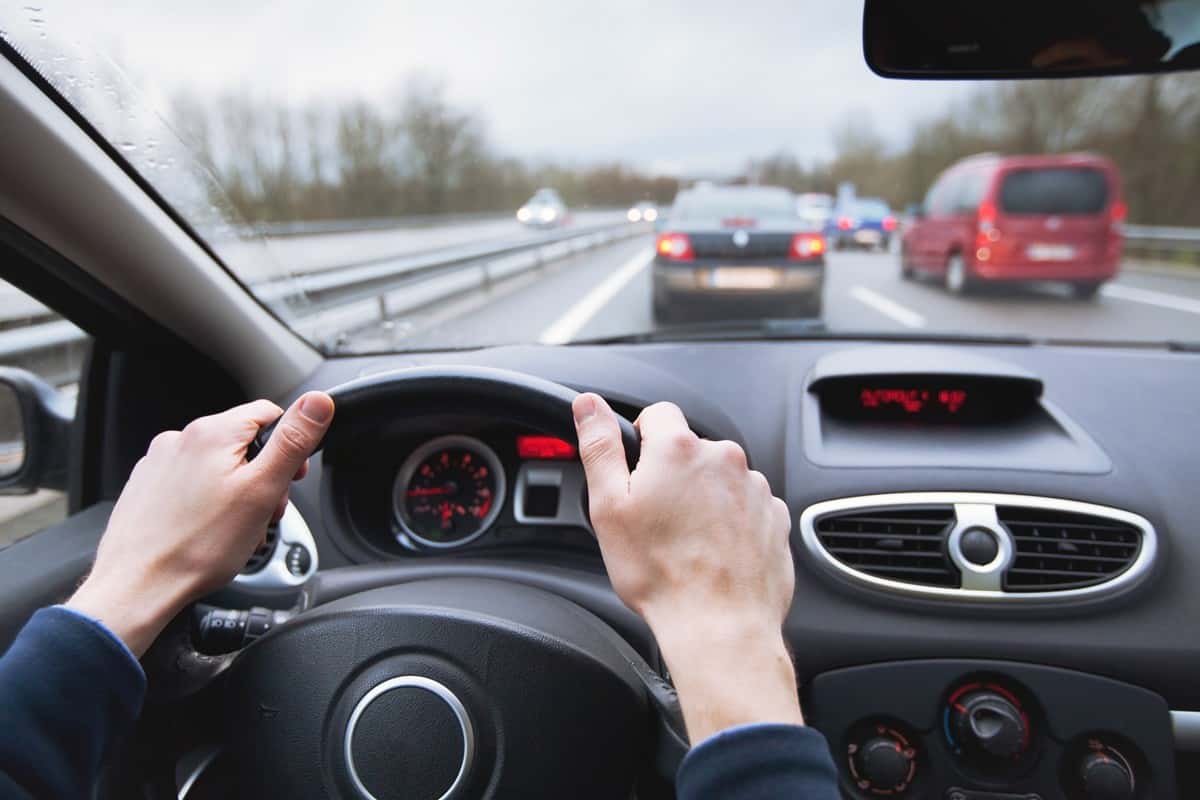 To enjoy your Chevy Silverado without hearing any clucking sounds, and to last long, you’ll need to observe some measures, including:

Read the manual as soon as you buy a car. It contains all the information you need, and answers as many questions as possible, including issues on sound.

In essence, it can save you from making a wrong move, such as using the wrong part, which can jeopardize your safety and the longevity of your car.  It will also show you how to correctly repair your vehicle, and the mistakes to avoid.

Having good driving habits can increase the life of your car. For example, don’t drive too fast over rocks, which as seen above can damage the skid plate. Also, don’t over speed as that is when wear and tear happens a lot.

Take Your Car For Service At Least Once A Year

Take your car for service at least once a year or every 12,000 miles. That way, your mechanic can solve any problem before it becomes worse. They could correct an issue that would have produced unusual sounds. 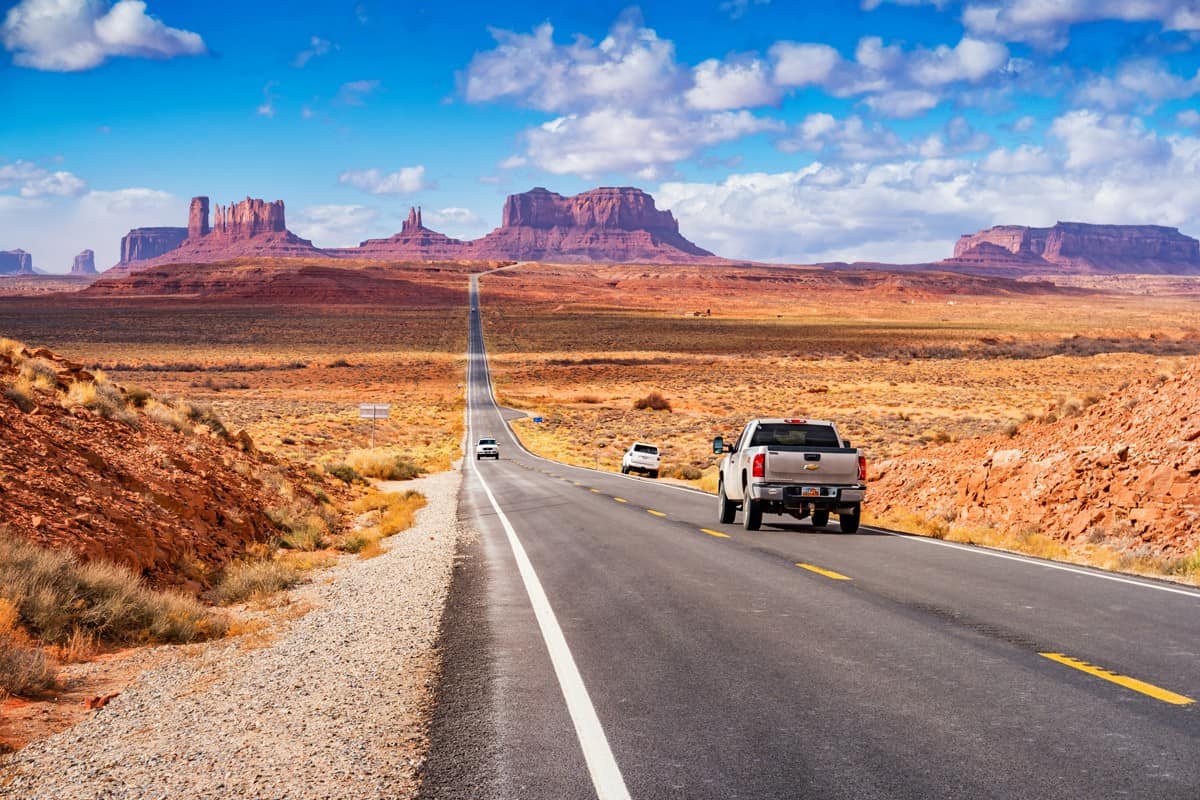 You can panic if you unexpectedly hear an unusual sound coming from your Chevy truck while driving. A clucking sound is one of them, which is produced by the skid plates and the transfer case touching. To remove the sound, find out what is causing it, and then use the correct method to repair your vehicle.

Check out our previous posts below:

Chevy Colorado Fan Stays On What To Do