If you are a Chevy truck owner, you might wonder if you could swap a 1500 Silverado tailgate for a 3500 one, maybe even vice-versa. Well, you are in luck today. In this article, we researched precisely just that, and this is what we found out.

It will depend on the year model that your truck is and the year model of the tailgate you will be putting in. But in general, you could interchange tailgates from 1500 to 2500 and 3500 as long as the replacement tailgate is compatible.

Continue reading as we discuss additional questions like differences between the Chevy truck classes, interchangeable Chevy tailgates, and the compatibility of Chevy and GMC truck beds. Also, at the end of this post, we will be suggesting other informative articles that will surely answer your vehicle-related questions. Let's get started.

Chevrolet has designed their tailgates to be swapped among different classes. For example. If you want to have your 2012 Chevrolet Silverado 3500 HD tailgate replaced, you can get one from a 1500 and 2500 Silverado. 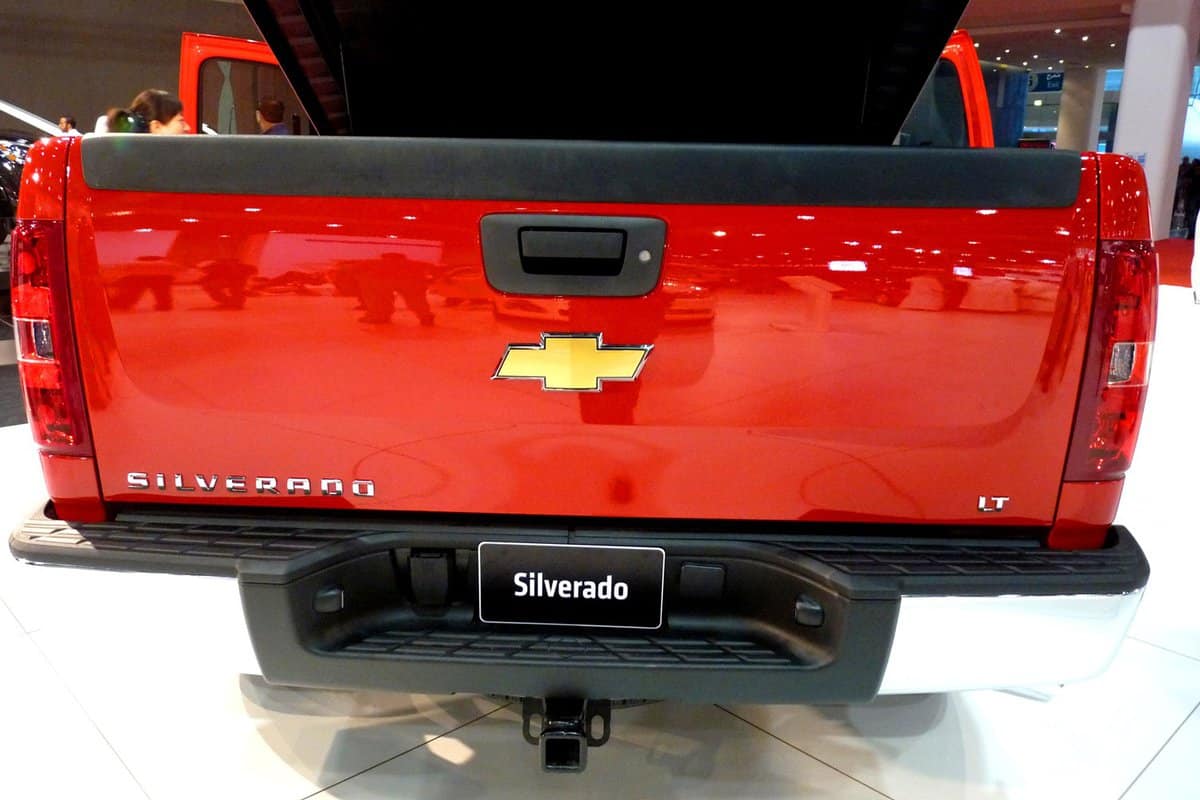 But this will not always be the case. This would mostly depend on the generation your Silverado is currently in. The examples that we gave above were compatibility with second and third-generation Silverado trucks. Tailgates coming from these model years would most likely not fit a newer or older truck versions.

Below is the list of Chevrolet Silverado generations from 1996.

Design differences across generations will be the main hindrance in fitting a tailgate from a different generation into your Chevy truck. A third-generation Silverado will have a bigger tailgate than a first-generation. It is best to measure your tailgate dimensions first before having it replaced.

What other parts can be swapped across Chevy truck classes?

It is well known that almost all body panels for new Chevy trucks are interchangeable, specifically if they belong to the same generation. But there are some exceptions, mainly the grill, bumper, and, in some cases, the hood are incompatible, as their designs differ among 1500 to 3500 models.

But in general, Chevy spare parts are easy to find as you can find a lot of them on the road, and most of their parts were designed to be compatible and used across platforms for replacement parts. This is one of the perks of having a Chevy truck. 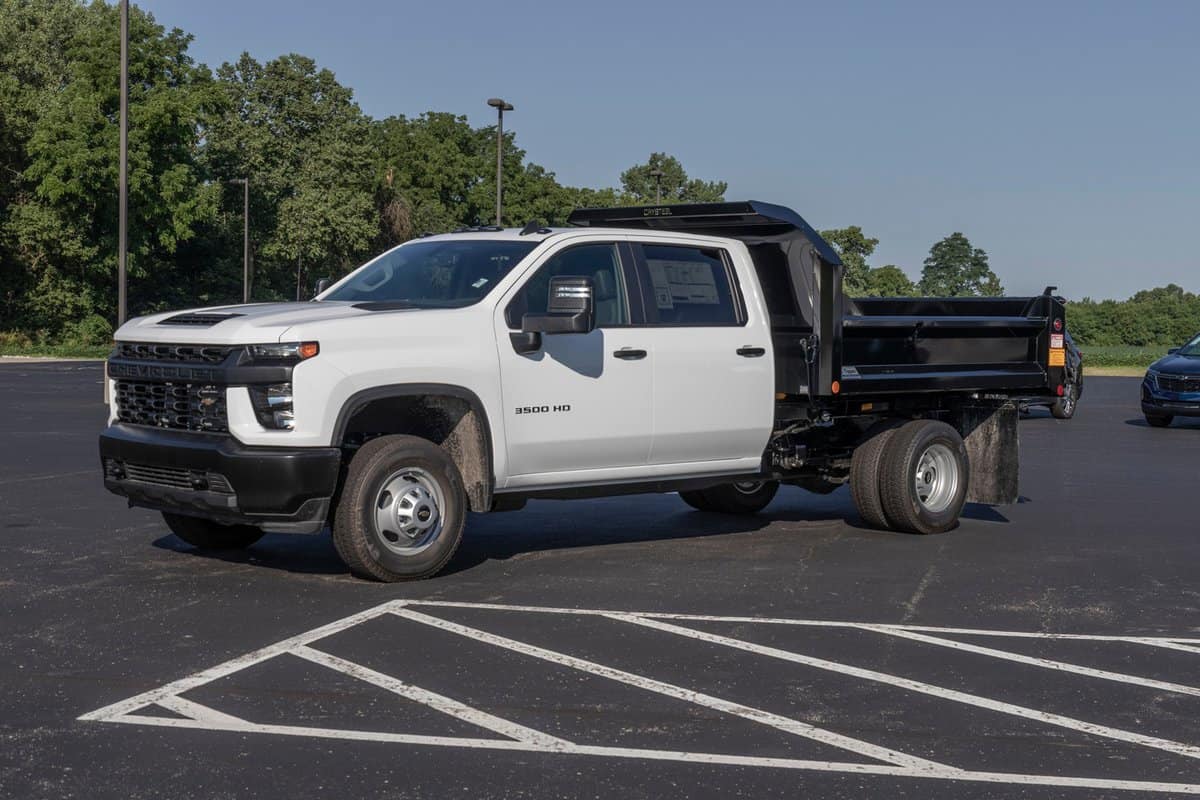 The main difference among the Chevy truck line-up is their capacity. The following statements are true for all trucks, not just Chevy ones.

As you go higher in number, the truck's payload and towing capacities increase. This means that a 3500 Chevy will be far superior for heavy-duty work compared to a 2500 or a 1500 Silverado.

Initially, manufacturers named these trucks after their supposed payload capacities: 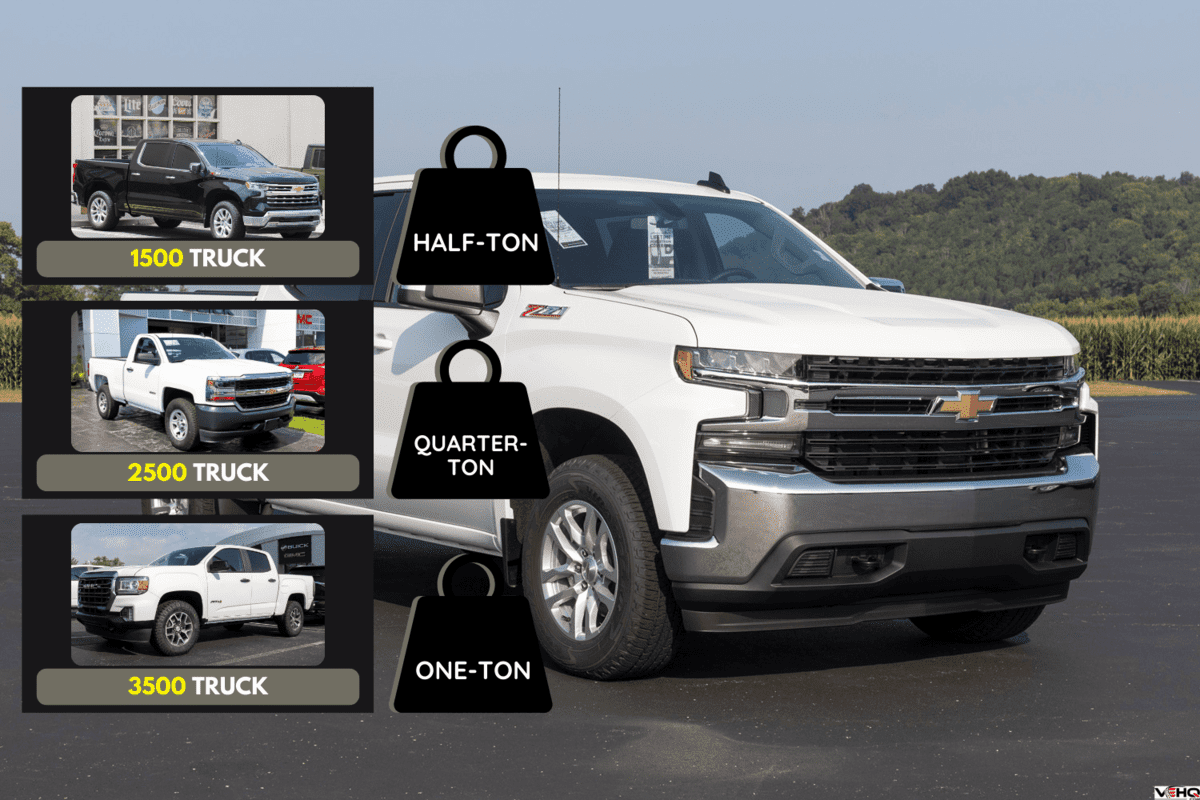 But with innovation, these terms have become call signs and no longer represent these trucks' payload capacities.

As you can see, a modern 1500 Chevy truck can now haul as much as 2,200 lbs, while a one-ton Chevy Silverado can carry more than 7,000 lbs. These numbers will also be similar for other truck brands like Ford and Dodge.

When it comes to features, the designs will be similar across trims. The only difference would be the engine, as more super-duty trucks like the Silverado 3500 will have a much bigger and more powerful motor like the Duramax 6.6L V-8 Turbo-Diesel.

Can you buy a new Chevy tailgate?

Yes, you could buy a new tailgate if your old one is damaged. Specifically for the newer models, a new 1500 Silverado tailgate can cost as much as $445. You can always contact your local dealerships for more detailed pricing.

It is noteworthy that swapping tailgates, as we mentioned earlier, should be done with the same generation. The available stock for new tailgates might be solely focused on newer Silverado trucks (4th generation). For older models contacting your local surplus shop might be the better option.

Is the Chevy tailgate the same as the GMC? 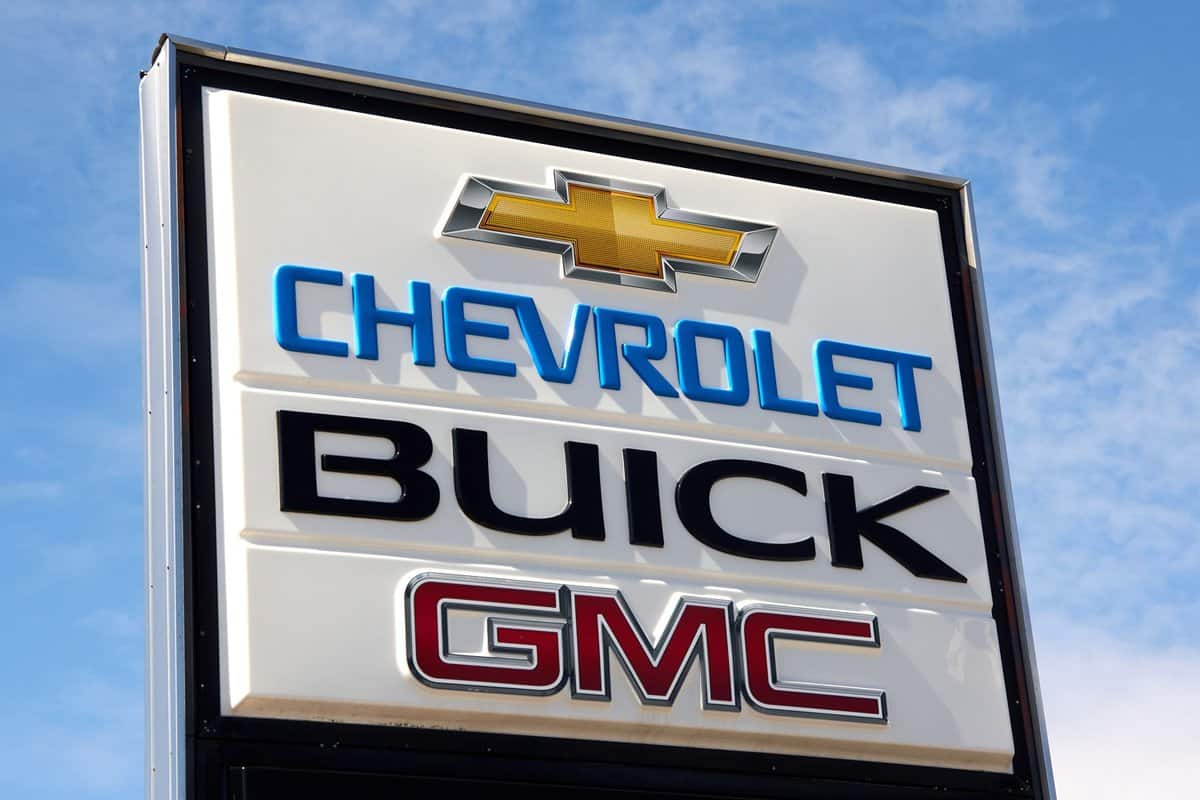 You can find small differences between Chevy and GMC tailgates, but their design will mostly be similar to the point that they are interchangeable. This is also true across different parts of both trucks.

Since they are both under General Motors (or GM), these two trucks are highly identical, with the Chevy line-up focused on a working pickup. In contrast, GMC trucks are the luxurious badge counterpart.

This means the interior materials are the most significant difference between the two truck line-ups. You can expect to see more premium materials, such as leather seats and leather stitching across the dashboard in a GMC.

While you can still experience this with a Chevy truck, you must go to its higher trim levels like the HighCountry. Compared to GMC, where it would be standard across its trims.

Price will also significantly differ as the Chevy models would be cheaper than its sister brand.

Is GMC and Chevy built the same? 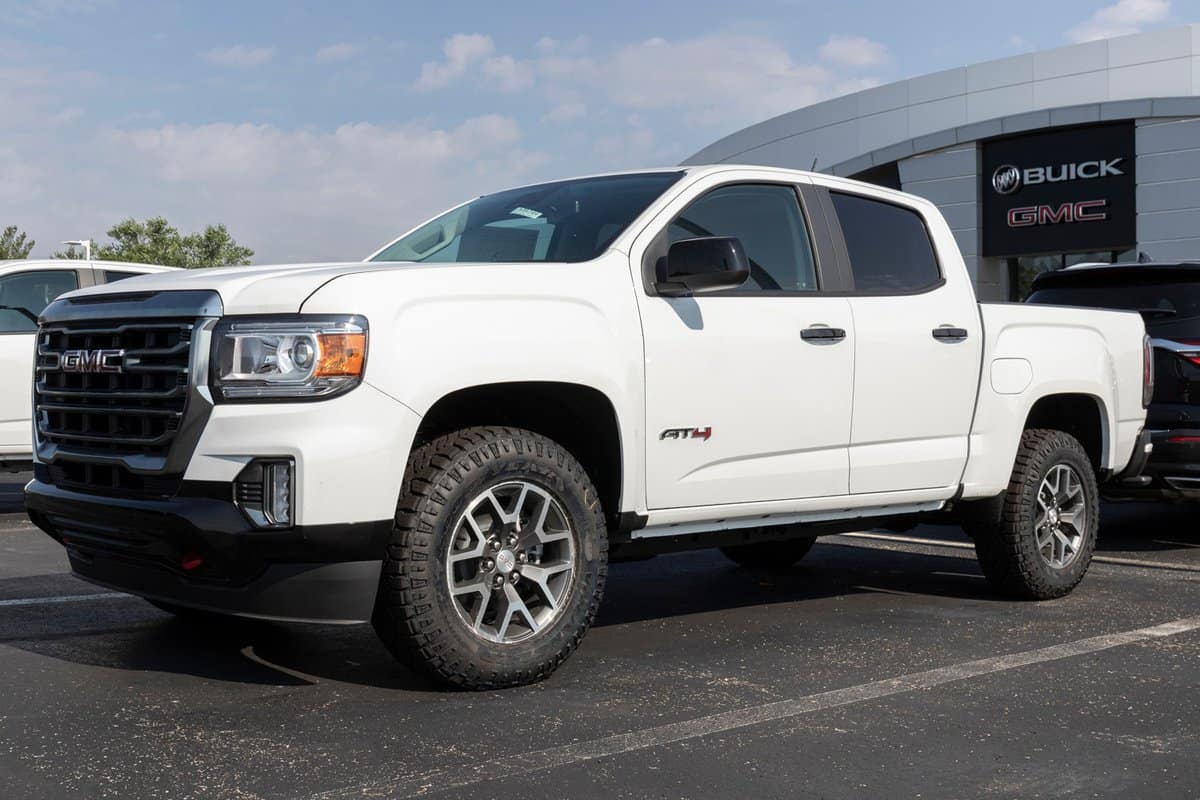 In most cases, yes. Because both GMC and Chevy trucks come from the same assembly plant, and even the materials used to build both vehicles are the same. Both trucks share the same chassis and drivetrain.

You can also find similar interior designs between the two. But it is expected that GMC trucks will have more when it comes to technology.

But in most aspects, these are two identical truck line-ups. They also share the same engine that produces identical power outputs when it comes to torque and horsepower.

Can you get a MultiPro tailgate for a Silverado?

Although a feature for the more luxurious sister truck line-up, the GMC Sierra, General Motors has finally made this feature available to Silverado trucks as well since 2021.

The MultiPro tailgate is a feature that allows you to have multiple tailgates combined into one. It also has a load stop, which allows for an extra stopper for cargo while the tailgate is down.

This tailgate type features extra step boards for easy access to the truck bed itself. This was initially a proprietary design for GMC trucks but is now also available for the Chevy Silverado.

Since most MultiPro features are mecahnical, it does not need electrical power. But since it is a fairly new tailgate option for Chevy trucks, you might have a hard time finding one to install.

It might even be easier just to upgrade to a newer model if you think you really need this feature. The feature is called MuliFlex tailgate system when it come to the Silverado and will cost you anywhere between $400-$2,500 as an additional package for your truck.

You can also get this across all trim levels.

Here's A Quick Recap Of What We've Discussed 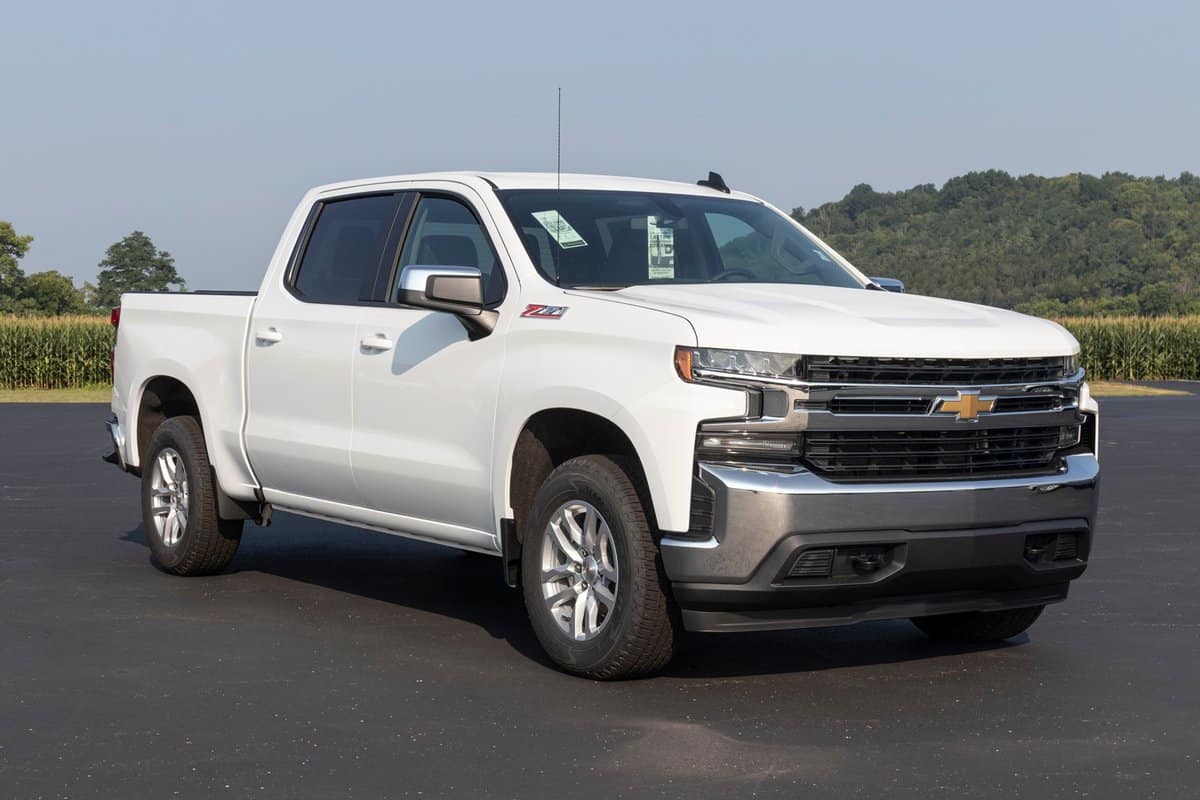 You can fit a 1500 tailgate to a 3500 for as long as the truck models are compatible. For 2014-2018 models of Chevy Silverado, their tailgates are identical and could be swapped. Although, there could be some changes in quality as Chevy truck owners who have tried this reported that tailgates from the higher trims like the HighCountry have better quality compared to its base trim counterparts.

We hope that we have satisfied your questions about your Chevy tailgate. Do you have any more vehicle-related concerns, particularly about Chevy trucks? Check out some of our previously written articles below!

Are Chevy And GMC Truck Beds The Same [or Interchangable]?

How Much Weight Can A Truck's Tailgate Hold?

Chevy Colorado Odometer Not Working – Why And What To Do?