Does a diesel engine have spark plugs? The phrase 'spark plugs' somewhat contradicts itself. Spark means to ignite, whereas plug or plugs indicate stopping. Rest assured, spark plugs are quite explosive and do justice to their individual meanings in unique ways. We've researched whether diesel engines use spark plugs for their ignition process to get the answer for you.

Instead of spark plugs, diesel engines have glow plugs. The glow plug acts as a heater to aid in the ignition of a diesel engine. Glow plugs alone will not start a diesel engine but simply helps create the right atmosphere for the pistons to have the right temperature. Heat mixed with compression creates an explosion to start the engine. Depending on the temperature of the combustion chamber, a glow plug is not always necessary.

Of course, there are many other parts to an engine, but focusing on some essential elements is vital for understanding a diesel engine. A few diesel engine parts include glow plugs, pistons, crankshaft, connecting rods, cylinders, engine block, cylinder head, valves, fuel injectors, inlet valves, exhaust valves, and a combustion chamber.  A lot of research was conducted to save you time and headache. Please grab a cup of coffee and buckle up; it's about to heat up! 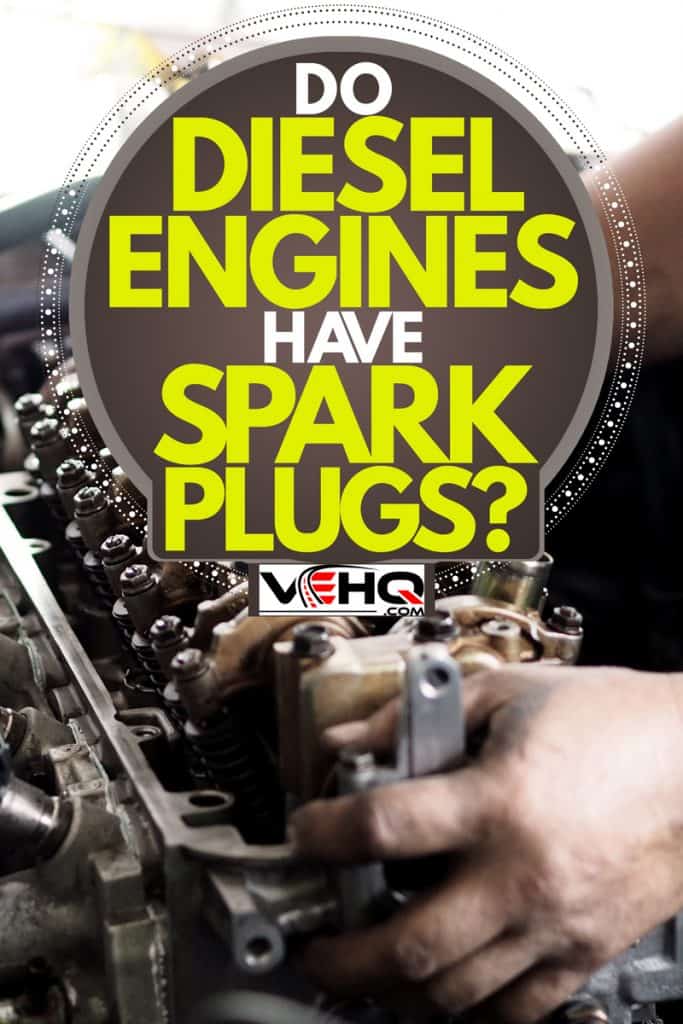 Spark plugs are well known amongst gas vehicles but not talked about in diesel engines. Spark plugs are in continuous use in a gas engine; they need spark plugs to run. In mechanical terms, a spark plug is a piece of equipment that delivers electricity. How does a diesel engine start or run if it doesn't contain a spark or any other type of plug? You can't light a match and hope for the best. That's not how a diesel engine works. 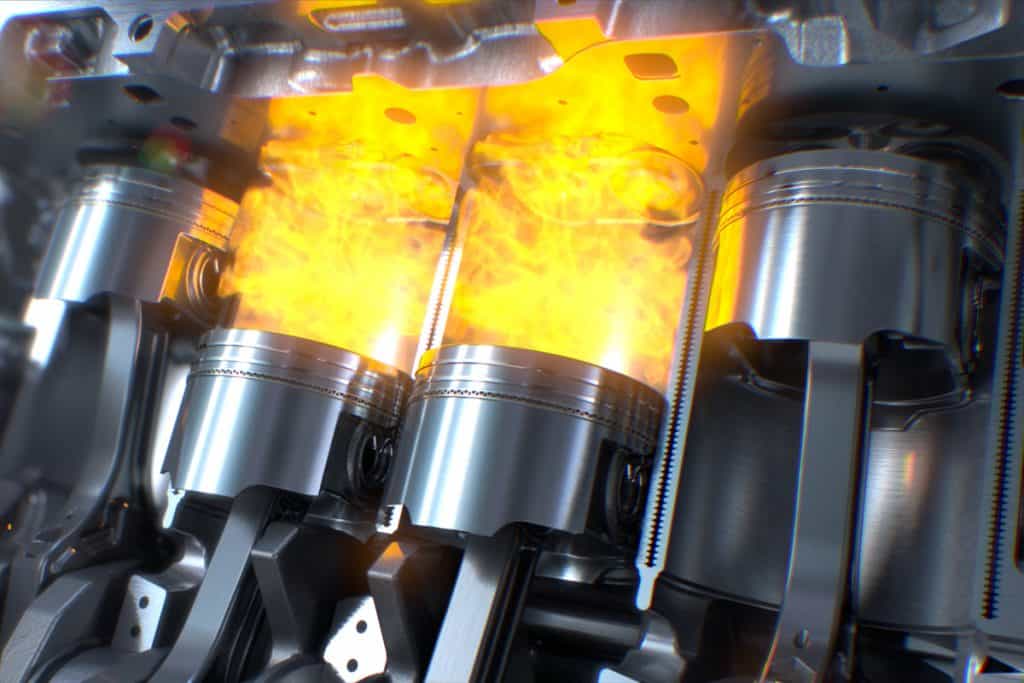 The process of external combustion is where fuel or petrol is ignited outside of the cylinder. An example would be a steam engine. The steam engine has an area that boils water. The steam from the boiled water is transferred via tubes to the pistons. The pistons compress, and the compression causes the explosion to power the engine.

Internal combustion is when the glow plugs or pressure from the pistons' compression create heat in the cylinder. The temperature gets incredibly hot, upwards of 2,500 Celcius, which is over 4,500-degrees Fahrenheit. The piston compresses the air. Once the air is hot, particles of diesel fuel are released into the fuel injectors' combustion chamber. The air and fuel mixture with the pressure creates an explosion that starts the engine.

Here are some essential parts of a diesel engine that are important for this explosion process:

Now that you are familiar with how the engine starts and essential parts, let us dive into troubleshooting starting issues, what is critical for starting a diesel engine, and how long do certain pasts last?

How Many Glow Plugs Are in A Diesel Engine?

To answer this question, you must first know how many cylinders your engine has. A pickup truck or car with a diesel engine can have anywhere from four to ten cylinders. There are some four-cylinder cars and some four-cylinder trucks, but this is less common. Whereas larger diesel engines found in, say, a locomotive, may have upwards of twelve. Just like a fuel injector, each cylinder has a glow plug. For example, an eight-cylinder truck would have eight glow plugs. 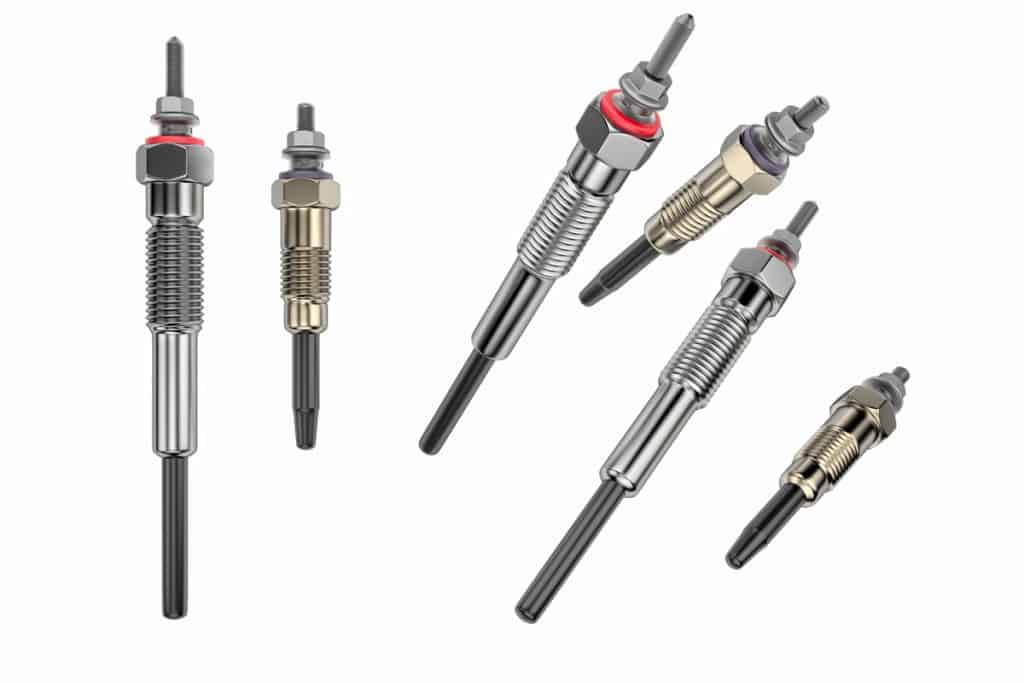 Will A Diesel Engine Start Without Glow Plugs?

Sometimes yes, sometimes no. It's not that simple. The weather plays a lot into this. When it's warmer out, and the combustion chamber doesn't need to work extra hard to heat, the glow plugs may not activate at all, and the truck will start without them.

The same goes for when a vehicle is used recently. A warm engine doesn't need additional heat to ignite unless it's perhaps below zero. Everything could use heat when the minus symbol accompanies the temperature.

Some engines don't contain glow plugs, but generally speaking, most modernized vehicles have them. There's also the difference between a temperature or thermometer glow plug and an in-cylinder glow plug.

A thermometer or temperature sensor is in the dash or through a computer, but the glow plug is in the intake manifold. Air gets sucked into the air cleaner assembly, which contains an air filter. The filtered air enters the intake manifold and is distributed to the cylinders. From there, it filters to the pistons, which compresses. Some engines have a twenty-second ‘heating’ period, where the operator would wait for the sensor light to go off before turning the key to start. However, some newer models automatically start warming the truck when you unlock the doors.

Either the vehicle is warm, the air is hot enough outside, or glow plugs get things heated up, and an explosion happens.

How Often Should You Change The Glow Plugs In A Diesel Engine?

There's no standard on replacing the glow plugs. Brand, style, and price point will recommend replacing them at different intervals. Some manufacturers recommend 60,000-miles (95,000 km), especially when it's cold where you live. Others suggest sooner than 60,000-miles, and there's always the option to replace them when you realize they have started to fail.

Here are some common indications of a glow plug or plugs that have gone bad and should probably be replaced: 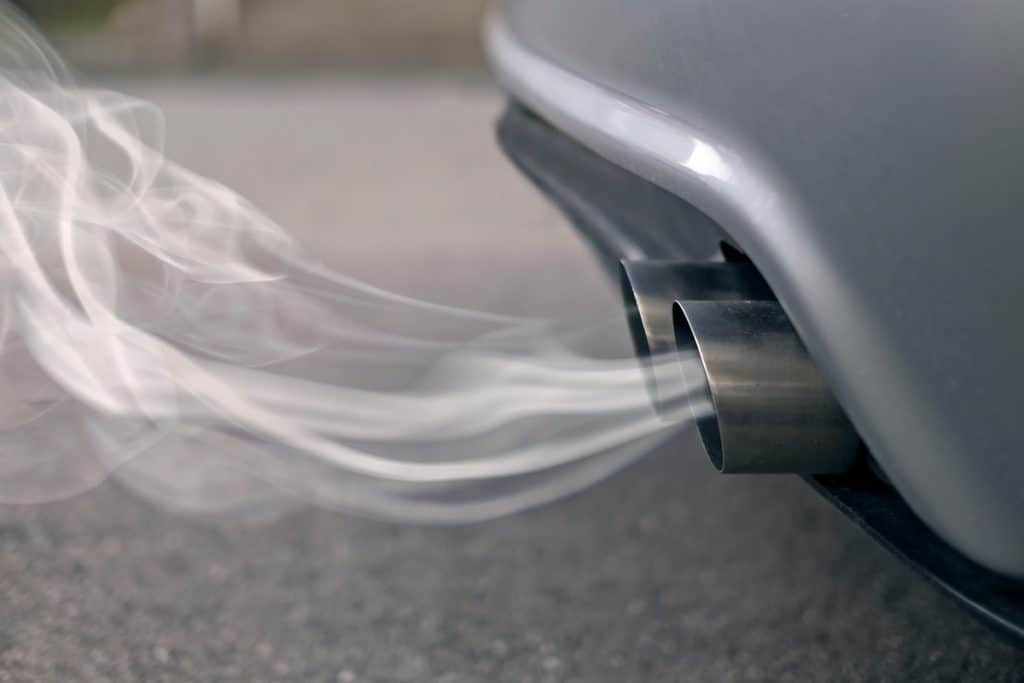 Although common, there could be other indicators that your glow plugs are going bad. Sometimes when only one glow plug breaks or stops working, it's not a big issue. When multiple glow plugs have busted, that's when you start to see these commons issues listed and need to replace or address any other underlying problems.

Ultimately, replacing the glow plugs can depend on where you live, how often you use the truck, and if you want to do preemptive maintenance or wait until the glow plugs start to misfire or cut your fuel mileage down. Be mindful that some of the glow plugs' common symptoms indicate they are not doing their job and can instead indicate clogged fuel injectors.

What Causes A Diesel Engine to Not Start? 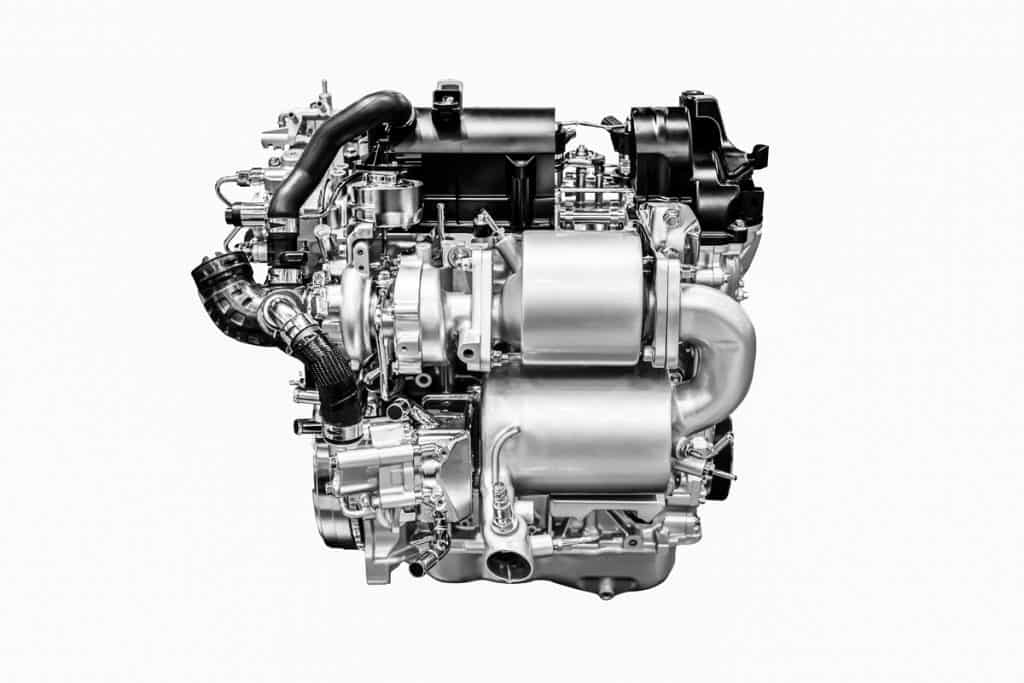 There can be so many different reasons a diesel engine will not purr. Some of the most common issues include:

If the problem persists, consult a mechanic.

Now you know how a diesel engine works and some of the key components that keep the engine running. Proper maintenance and clean fuel can keep your diesel running smoothly. If you encounter a problem, consult a mechanic to resolve the issue before further damage occurs.

Click one of the links below to continue reading about diesel and gas vehicles and equipment!

Diesel Vs. Gas Truck - Which is Best for You

Propane Vs. Diesel Vs. Gas Generators For RVs (Which Is Best For Your Needs?)

How To Check Transmission Fluid For The Honda Accord

A Look At The Best Oil Options For A Kia Sportage