A jack stand is a mechanical device that helps hold a heavy object up after using a hydraulic lift or jack lift. When working on vehicles, you would use a jack stand to hold the car up to replace something like a wheel, change the oil, or asses any other component beneath the vehicle. We have asked automotive experts how long a car can stay on a jack stand. Here is what we got from them.

Leaving your car on jack stands is a great way to store your vehicle since when you leave it standing on its own, your tires will lose pressure over time, and you might damage your rim. Also, make sure that the vehicle is secure so that it won't topple over by just a little nudge. For more information about jack stands, keep reading below. 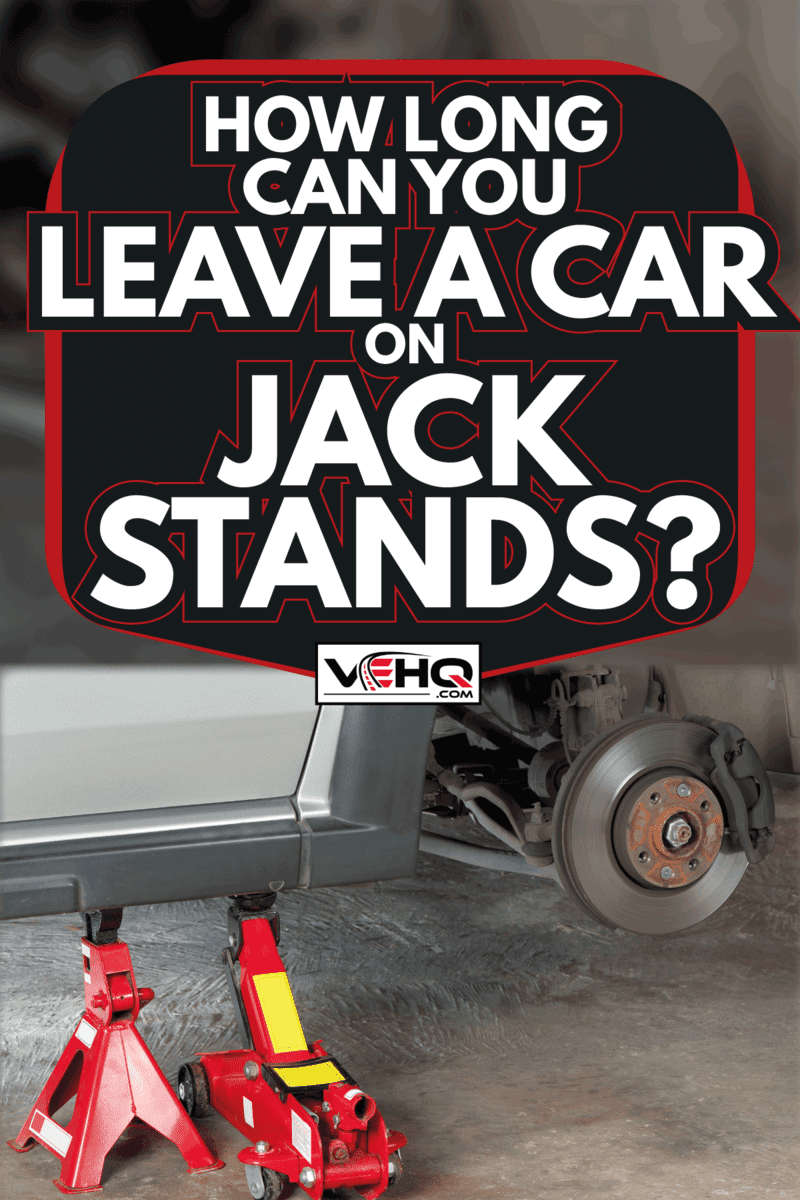 What Are The Different Types Of Jacks

Jacks are a great way to lift and hold up heavy things such as vehicles. There are many different types of jacks that are used to hold up vehicles. Here are some of the common jacks you would typically come across. 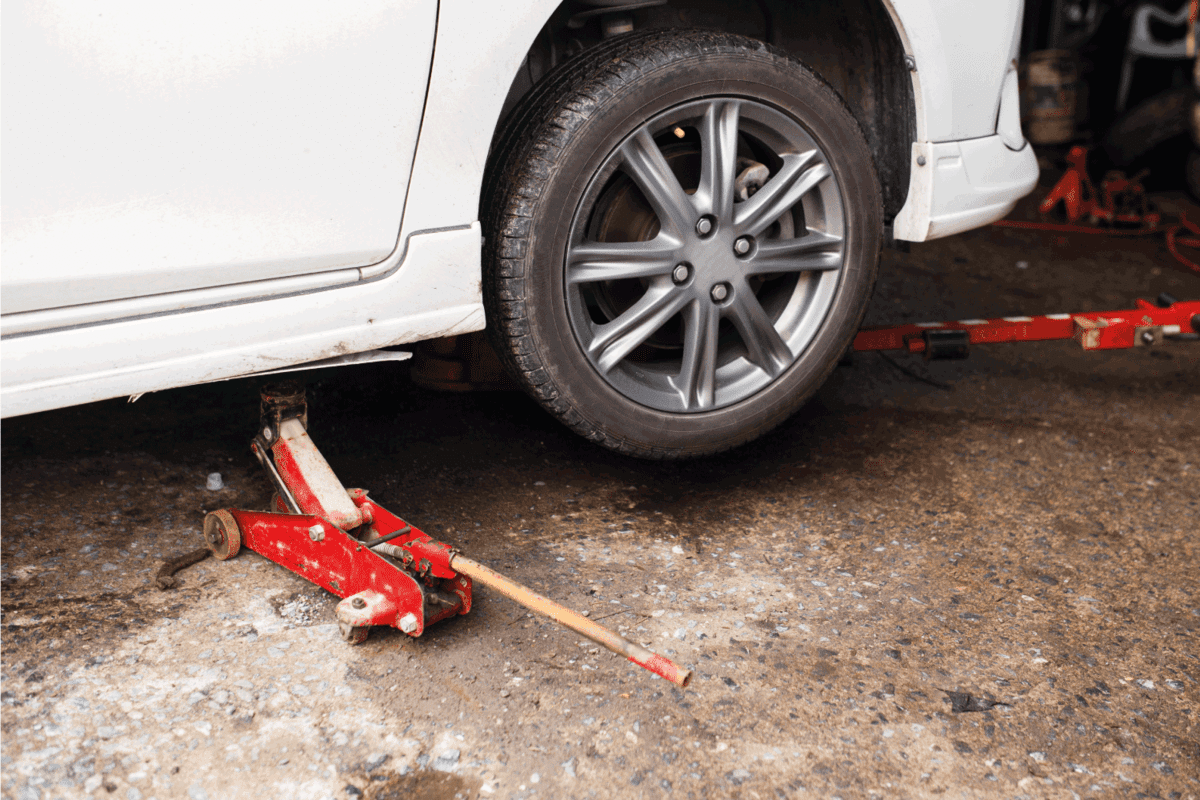 A floor jack is a manually operated hydraulic jack and is the most common jack you'll find in a garage or mechanic shop. A floor jack makes raising the car easier since it has wheels and a low profile. Floor jacks are more portable and lighter than a jack similar to it, which is the trolley jack.

A bottle jack is also one of the most common jacks seen in garages and mechanic shops. It is a heavy-duty jack that uses a hydraulic ram to lift vehicles. But due to its shape, a bottle jack can't fit under a vehicle with lower ground clearance. A bottle jack can be operated using a pump handle or an air compressor.

The scissor jack is the most simple type of jack out there. It uses a screw mechanism instead of a hydraulic pressure like other jacks. It is called a scissor jack because of the way it is shaped and moves. The scissor jack is most likely the jack that's going to come standard when you get your vehicle.

Scissor jacks are relatively safe if you use them the right way. A scissor jack is made to raise the car so that you can change a wheel or remove something lodged underneath, then set the car down right after. A scissor jack is not meant to hold a vehicle for a long period of time. 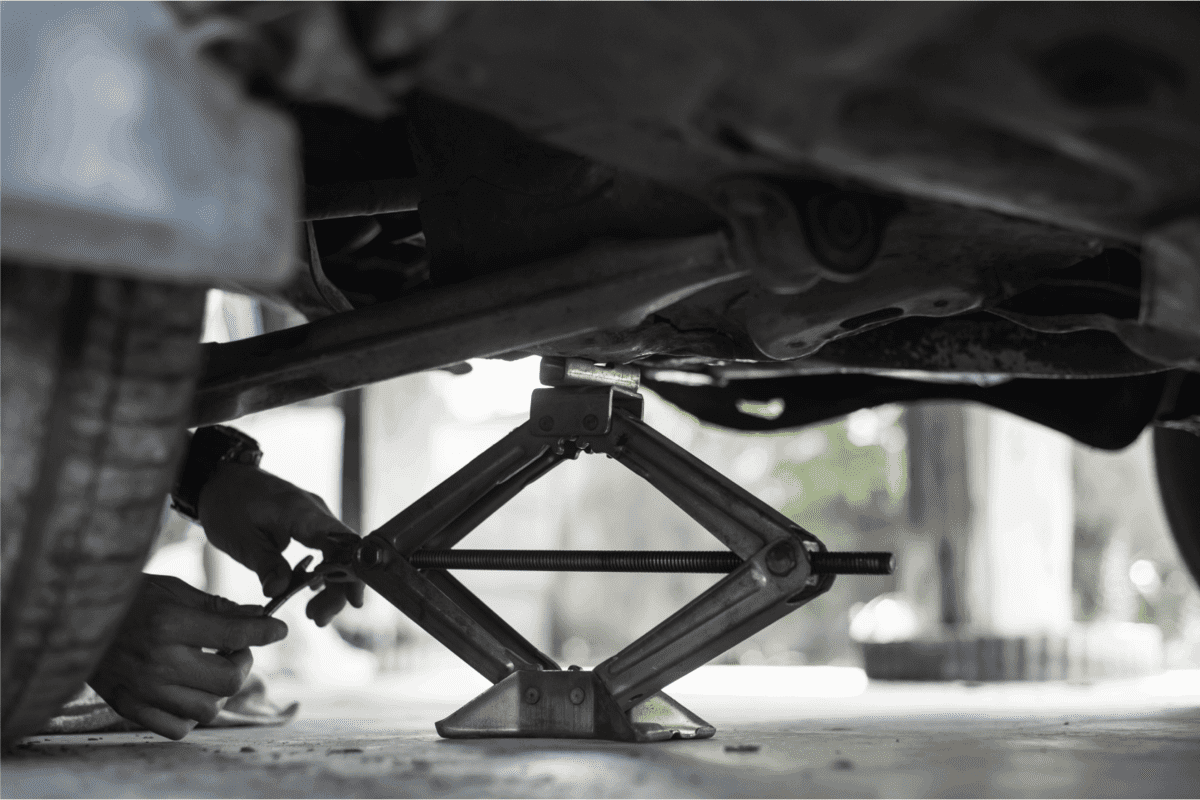 What Is Safer: Car Ramps Or Jack Stands

Jack stands are a device used to hold up your vehicle after raising it up using a jack lift. In comparison, a car ramp is a platform you would drive up on to raise your vehicle. Both of these tools are relatively safe if used properly. 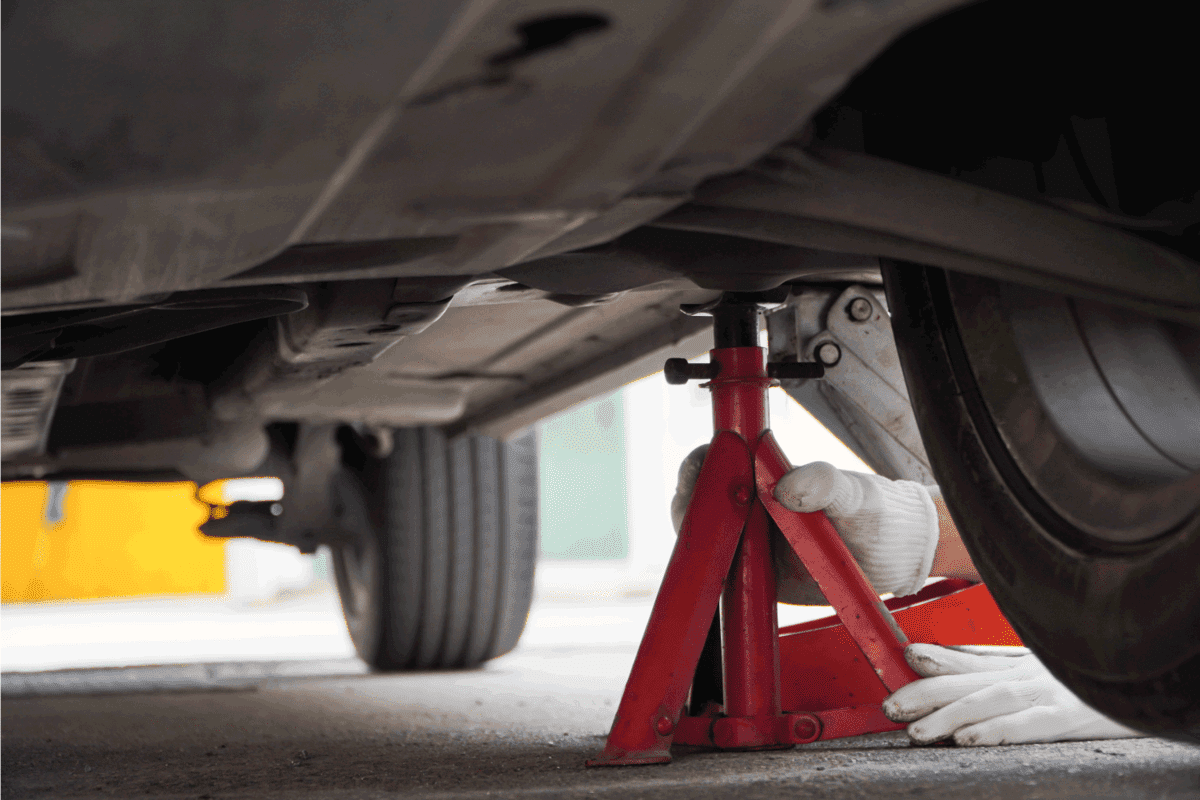 How Often Do Car Jacks Fail

Car jacks will rarely fail, and if they do fail, it's most likely going to be a user error. Most of the time, the jack will fail if it is placed on any softer ground, such as soil, gravel, or sand. Placing a jack on the unleveled ground could cause the jack to be unstable.

Another way a jack might fail is if it's placed on the wrong spot of your vehicle, this may cause a crack or dent to your car's body and may even cause your car to slip then drop to the ground. One sign you can see if your jack may be needing a replacement is if it starts to bleed.

When working underneath your vehicle, you need to make sure your jack lift and jack stand are placed in the right positions; this will help prevent any accidents while working. Be sure to also check if your jack lift and stand can carry the weight of your vehicle. If your car is too heavy for your jack, it may cause it to fail.

What Can I Use If I Don't Have Jack Stands

Another great tool to use to hold your vehicle up is car ramps. Car ramps are great for holding cars up, you just drive your car on them, and your car is also sitting on a wider surface than on jack stands.

But if you also don't have car ramps, it's best to buy or borrow a jack stand or car ramp. Using different materials or objects to hold your vehicle up is very dangerous.

Using cinderblocks is a very bad idea since these are not meant to hold a lot of weight and will crumble. Spending a bit of money for the right tools is better than saving money but risking your life in the process.

If you're in an emergency and have no other choice, you can use solid pieces of wood or wood slabs that are placed lengthwise to support the vehicle's weight. If you are not familiar with using a jack stand or jack lift, it is best to have someone with you who knows how to use one, or you could call a mechanic. 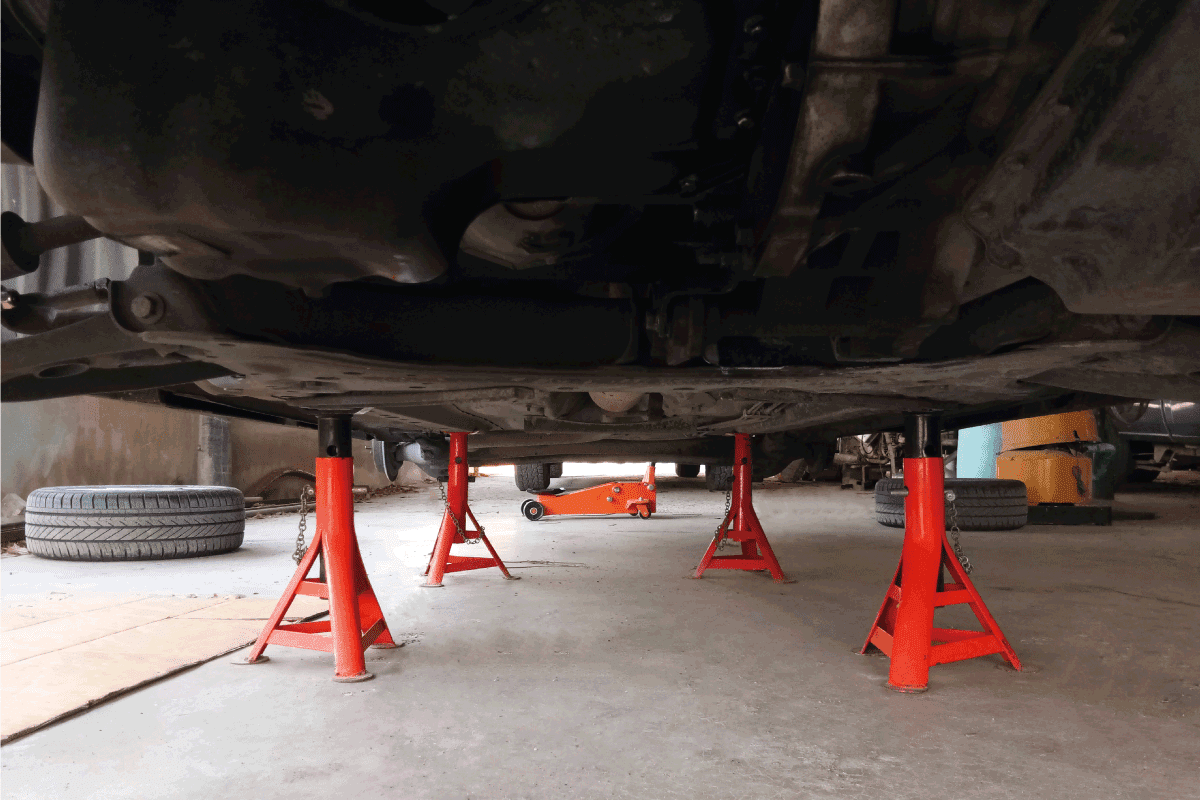 Jack stands are a great way to store your vehicle since they can stay on them for a very long time; just be sure that the jack stands are placed on a level and solid ground. Picking the right jack for your car is also important because jacks are shaped differently, and some may not fit under your vehicle.

When using jacks, be sure that the jack is placed on the right spot of your vehicle to avoid your car from slipping off or bending your car's body. If you don't have a jack stand or car ramp, it's best to borrow or buy one. Spending a little bit will be beneficial for your safety.

Driving Without A Gas Cap – How Bad Is It?

What Is A Clean Driving Record (And How To Get Yours)