Believe it or not, a car can actually be stolen by someone the owner willingly gives the keys to. There have been numerous cases where someone borrows a car and refuses to return it — in effect, stealing it.

While this is by no means a common scenario, it has happened, and it's prudent to understand how to navigate this unfortunate situation should you ever find yourself swindled by someone who was supposed to be merely borrowing your car for a few days. So what does the law say about this? We've done the research, and we have the answer.

In general, borrowing can become theft when the borrower effectively assumes the rights of ownership or acts like the car is theirs. The problem for the lender, however, is that this can be difficult to prove and thus difficult to prosecute.

Do you still have some questions about this complicated topic? Don't worry — this guide aims to answer all of the questions you might have. We'll also give you some practical tips that will ensure that you're covered if this happens to you. Just keep reading for more information! 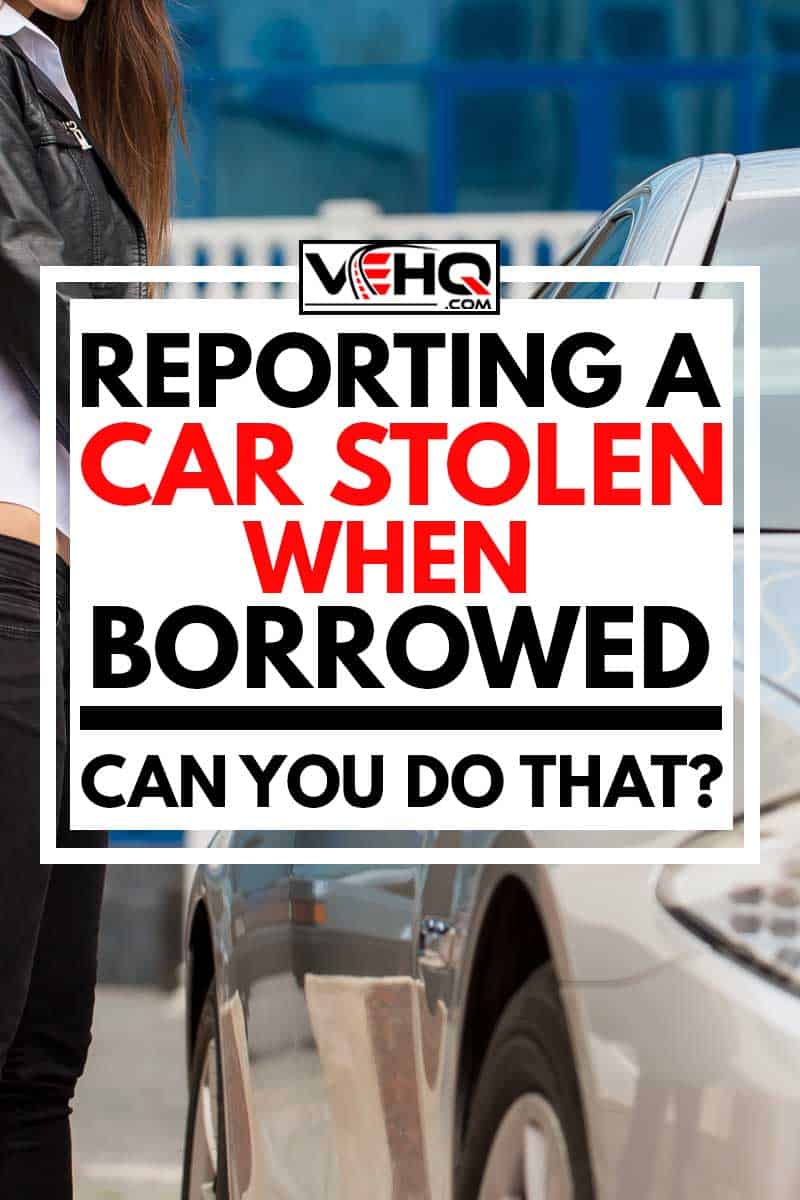 When Does Borrowing A Car Become Theft?

So, at what point does borrowing a car become theft?

According to a retired police officer, borrowing becomes theft when the one "borrowing" the car assumes the right of ownership or, in other words, treats the vehicle as their own in some form or fashion.

This is a tricky grey area, however, because there's not necessarily a legally determined timeframe that, when exceeded, borrowing suddenly turns into theft.

Making a case for car theft can be even more difficult because, in a situation like this, the lender originally gave the "borrower" explicit permission to use their vehicle. In other words, it's difficult to prove that someone stole a car when they were literally handed the keys and told they could drive the vehicle away.

In a case like this, the legal ramifications all depend on the circumstances. But generally speaking, in order for the "lender" to charge the "borrower" with theft, the lender must first repeatedly request that the car be returned. If the "borrower" fails to return the car after the lender makes numerous obvious attempts to get it back, theft has officially been committed.

Borrowing can also become theft if the borrower sells the vehicle while it's in their possession. In this situation, the borrower is treating the car as their own. By selling it, they are effectively assuming the right of ownership of the vehicle. When the borrower does this, theft has been committed.

It's important to note that the laws concerning this kind of situation might vary from city to city and state to state. Be sure to check your local laws to ascertain the line between borrowing and car theft. 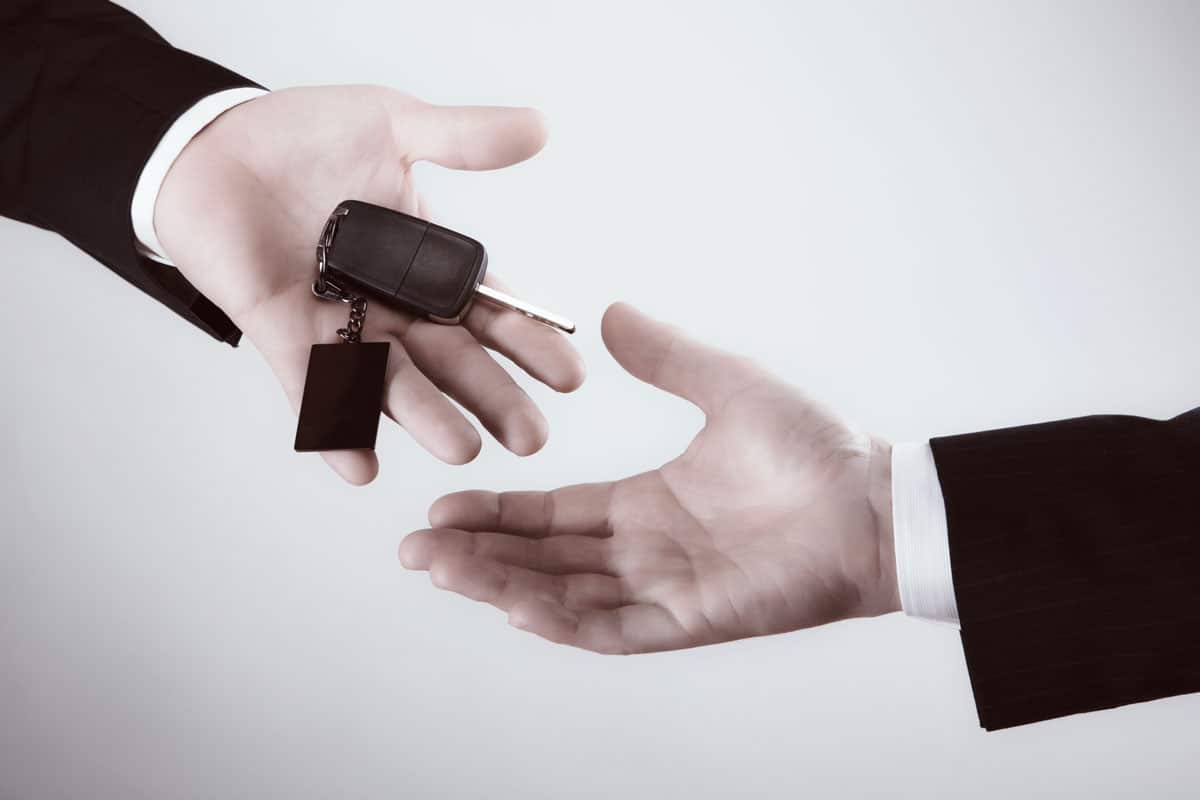 A Hypothetical Scenario: John And David

To better understand when "borrowing" turns into theft, let's look at a hypothetical scenario:

John and David know each other but aren't necessarily the best of friends. Nevertheless, David texts John and asks if he can borrow John's car for three days so he can drive to work while his car is in the shop getting some repairs done. John thinks that David seems like a generally good guy, so he agrees to let him borrow his car. After all, he reasons, he has an extra car, so it shouldn't be a big deal.

At this point, even if David has nefarious intentions, theft would be somewhat difficult to prove since John has only made one attempt to get his car back. So, legally speaking, David hasn't stolen the car.

After a few more days, John sends David a text message firmly requesting that his car be returned. David ignores the request and keeps the car even longer. During this time, David takes the car cross-country on a road trip vacation. At this point, John could go to the police and report his car stolen, and he would have a fairly strong case to prove it. There are four things that could help John build a case against David:

At this point, any law enforcement agency (and any reasonable person) would agree that a crime has in fact been committed. 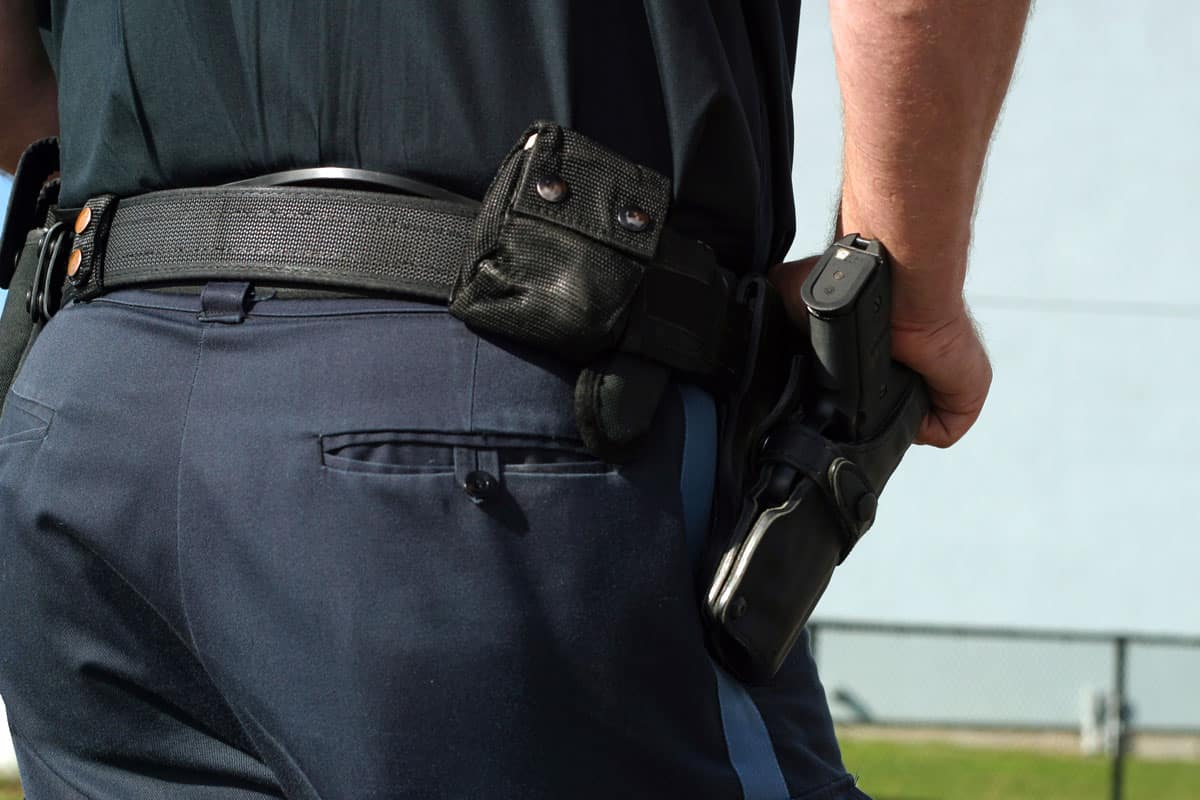 How To Get Your Stolen Car Back 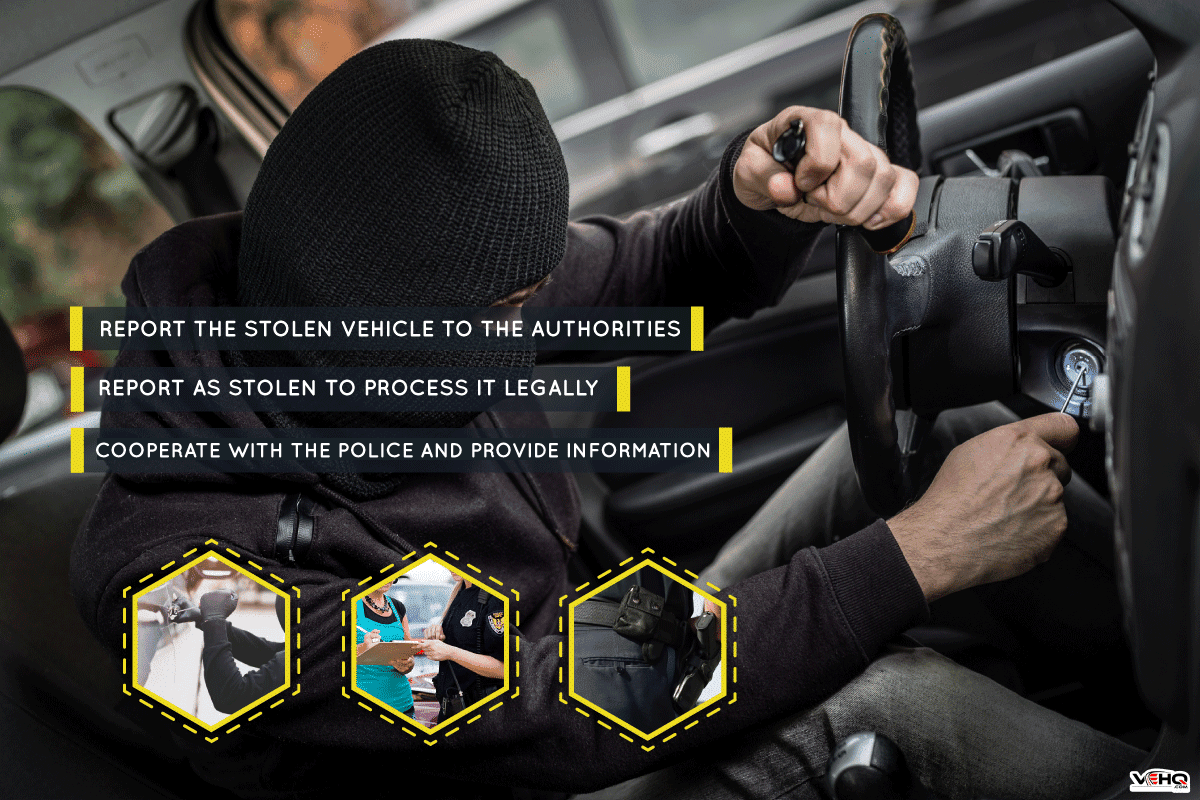 If you become the victim of this kind of bizarre car theft, the best course of action is to simply report the vehicle as stolen. Believe it or not, trying to explain the situation to the police might not be productive. Simply put, the authorities won't be interested in using their resources to intervene in a situation that sounds like a domestic dispute.

Cutting to the chase and claiming that your vehicle has been stolen is the easiest, most efficient way to get the ball rolling with the legal process. Be cooperative with the police and provide them with as much objective information about the incident as you can.

Reporting your vehicle as stolen to the authorities also serves to protect you in the event that the individual in possession of your vehicle uses it to commit a crime. If you reported the vehicle stolen, you're formally denying all responsibility for anything done with the vehicle while it was out of your possession.

Once you've reported your vehicle stolen to the police, go ahead and file a claim with your insurance company. As long as you have comprehensive coverage, this will ensure that the cost of the vehicle will be covered should it not be returned to you, and it will cover the cost to repair any damage that might be done to the vehicle while it was out of your possession.

And last but certainly not least, if you know where the stolen vehicle is located and if you have an extra key, try to go get it back. 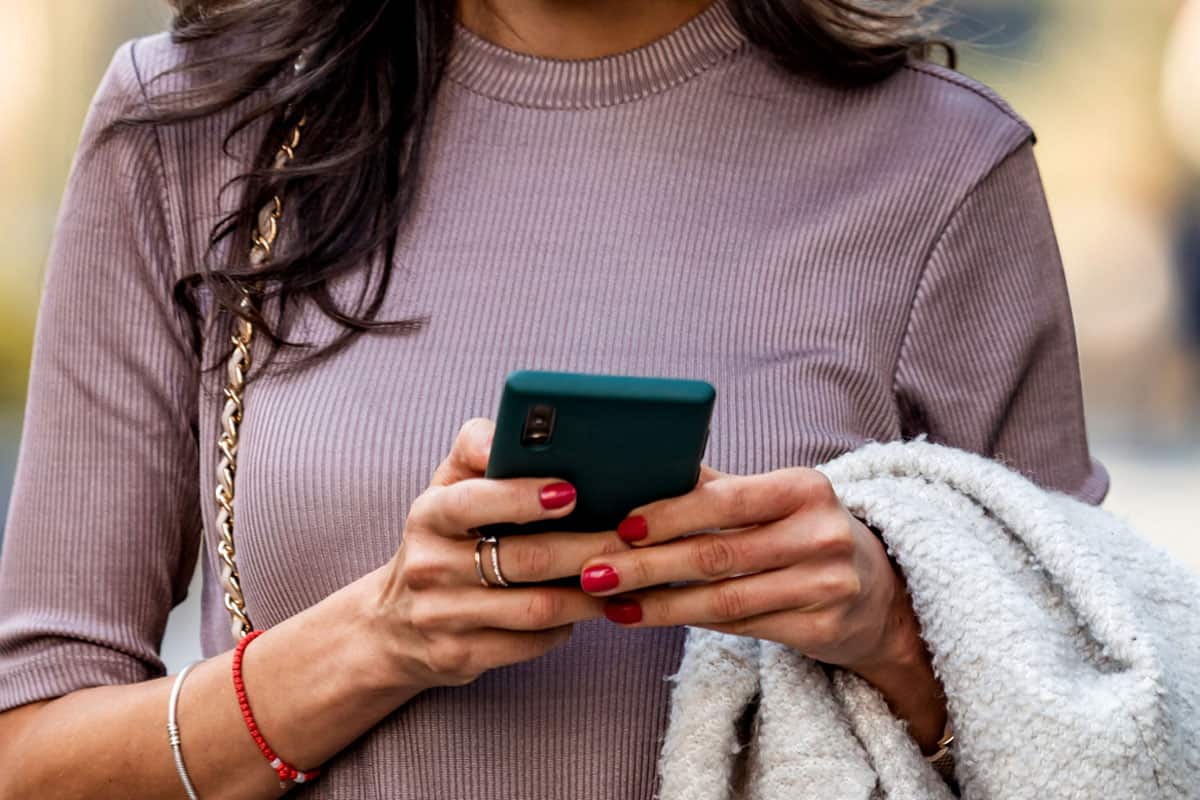 If you're going to lend someone your car, you can't necessarily prevent them from stealing it, but there are a few precautionary steps you can take to ensure that you'll have a solid legal case should they fail to return your ride.

And if you want to be even more legally prepared, you might want to: 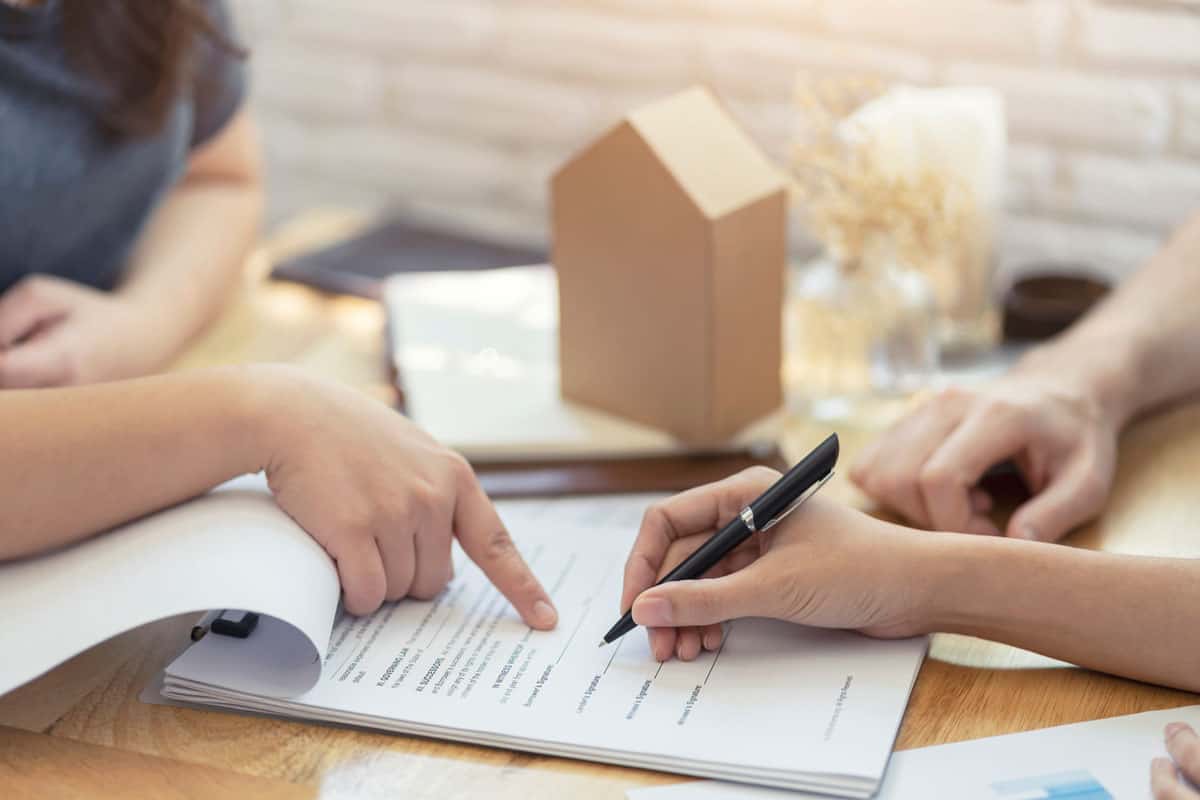 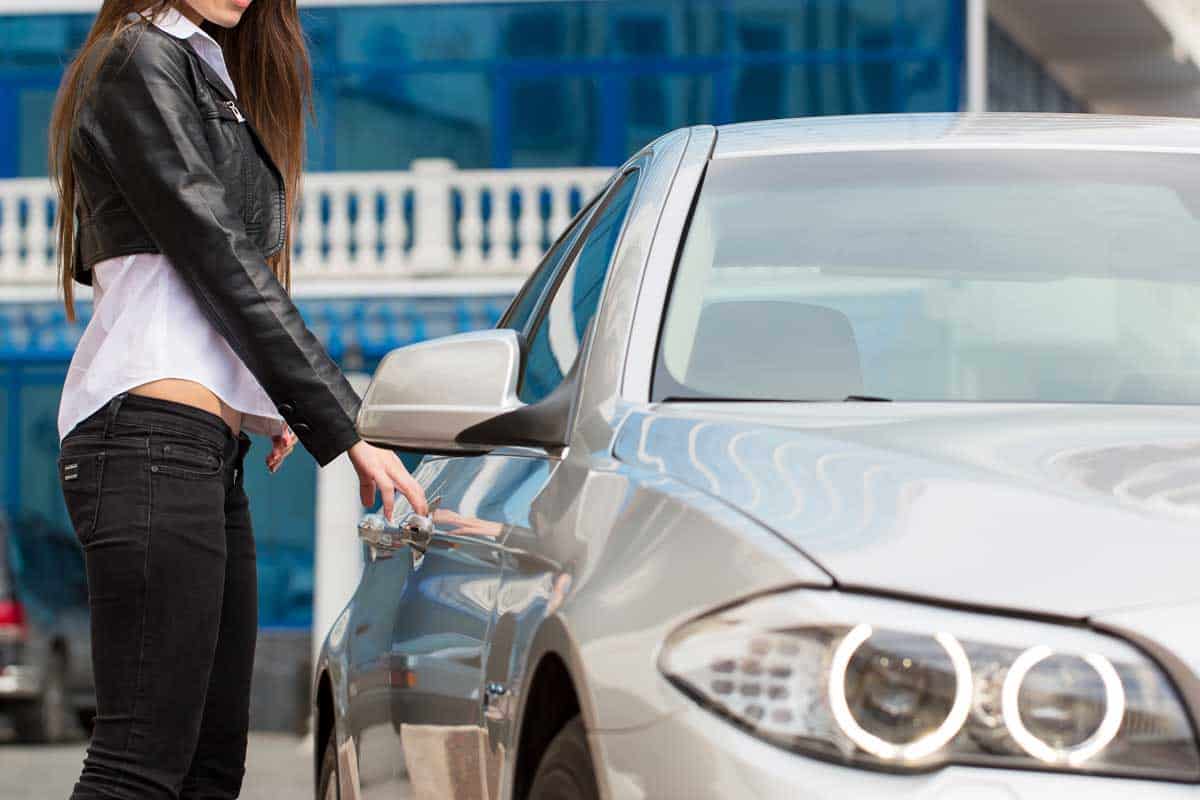 While it's generally unlikely that someone borrowing your car will fail to return it, it's certainly a possibility. If you follow the precautionary steps we outlined, you'll be more than prepared to win the legal battle should you find yourself in that situation.

There are numerous accounts of this happening, and one of the biggest lessons to learn from them is to be careful who you lend your car to. If you exercise discretion in regard to who you give your keys to, you'll likely never have anything to worry about.

If you enjoyed this guide, be sure to check out these others -

How Can I Track My Stolen Car? [Inc. 5 Actionable Ways]

A acquaintance took my car..he promised to make payments..I have not received a dime..I hold the title.. registration is in my name and I'm paying the insurance..but I cannot locate the car and he has blocked me on all forms of communication

@Laurie Griffin, i would go to the police and report the car stolen. If you hold the title than the car is yours. The police will take the description of your car, the vin number and license plate number. This information will be broadcast in a data base which all police departments can see. Eventually if the car is stopped by the police, parked illegally or is suspicious for any reason the car will be found.

I completed the steps above, but the police in Central IL refused to so much as create a report. The officer stated that he knows the person who did this at least three times during our conversation. The officer stated that because I allowed him to use the vehicle more than one or two times, it does not matter if there was a specific agreement or not or even how the agreement was documented. The officer's demeanor was condescending at best.

My wife let somebody borrow her and he got the title and forged his name on it. He got arrested and and I have noterized letter fom wife saying icoukd retreive the car so I did but she called cops on me what can I do

I let a person rent to own my vehicle that is financed by a lender , now the person tells me he moved to California and gave my car to his cousin what can I do? I have sent multiple text and e-mails with no reply as to where my car is. The person is listed on my insurance as a driver and does pay but now refuses to give me any information about my car and it's whereabouts . I have asked via e-mail and text and he will not tell me What do I do

My big has had the use of my Honda accord and won't let me drive it or have the keys. He changed the ignition key and tells me it is his car because he's got the keys. What can I do to get it back without a lot of trouble .Had no tags or insurance on it right now