With winter months just around the corner, many drivers will be carefully warming up their vehicles before they take to the streets. It’s common practice, so it is crucial to fully understand any decision that will keep you safe and keep costs down. We have researched some critical factors in deciding to warm up your car before braving the traffic.

With newer vehicles, it is best not to idle before driving. Older cars that still use a carburetor don’t have the latest tools to balance their air-fuel ratio on startup. But modern models are equipped with superior abilities and systems like fuel-injection. So, it is ideal that you do not idle in newer automobiles for more than 30 seconds before heading out. This is preferable because doing so can produce negative results, both personal and even global, such as:

Now, this may be something of a surprise, because driving off right away probably feels counterintuitive. And since older vehicles functioned differently enough to require idling, the habit has been popular for a long time. But we’re here to pop the hood and make things clear. 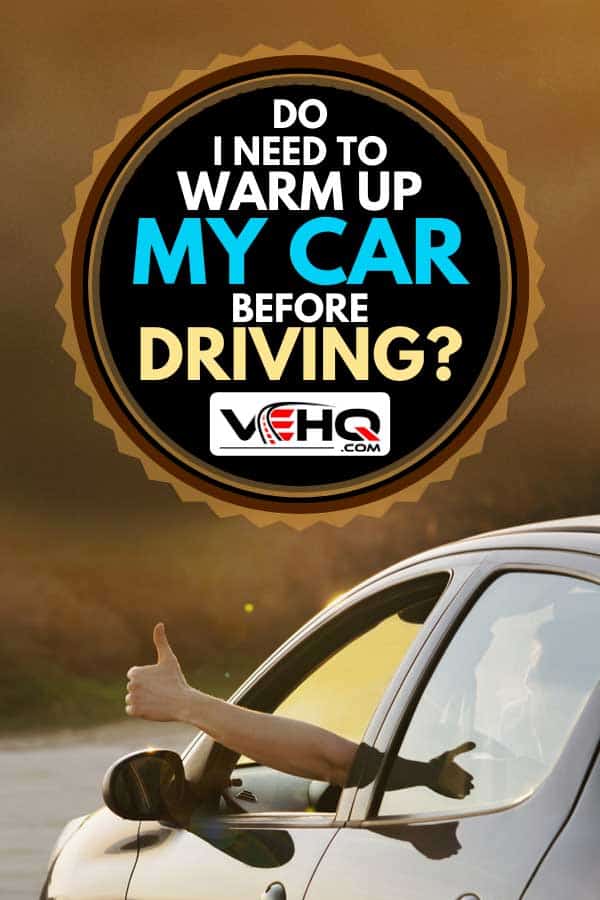 Is Idling Bad For My Car?

In a word—yes. Now, the streets can be consistently dangerous and busy, so it is always crucial that your vehicle is given the proper care, particularly in harsher, cold weather, which is when you will begin to consider idling before you head out.

Unfortunately, idling a vehicle for more than 30 seconds can cause several serious issues. The vehicle’s engine will be needlessly worn down by idling, possibly even damaging fundamentals like the exhaust system. It allows water to condense inside the exhaust, slowly eating away at it. This is unnecessary harm because newer vehicles can handle persistent restarting anyway.

Further, restarting your car will use less available fuel than idling, even if you do so for as little as 10 seconds. The U.S. Department of Energy concluded that idling wastes about six billion gallons of gasoline every single year. Ultimately, the excess fuel caused by idling can allow fuel residue to build up in vulnerable areas. This will affect your cylinders and lower the temperature of your spark plugs, which compromises them with filth. Damaged spark plugs create a chain reaction of problems, even rattling the entire vehicle if you continue to idle.

Those with much older cars may want to consider idling just enough to allow their carburetor the opportunity to balance out air and fuel. Without the necessary sensors, vehicles made before fuel-injection could stall outright under certain conditions.

Do You Need to Warm Up Your Car in Cold Weather?

Naturally, defrosting a windshield is always vital in the bitter cold. Ensuring the clarity of your windshield is probably the most noticeable safety precaution imaginable.

However, the Environmental Defense Fund has explicitly contended that electronic engines themselves do not require time to warm up, even when you are dealing with colder temperatures. Besides, many have argued that simply driving your vehicle will warm it up more quickly than idling.

Is it Bad to Start Your Car With the Heater On?

Instinctively, anyone will immediately want to switch on the heater to combat colder temperatures when they first head out. Aside from mere comfort, any driver will need to feel alert and physically able to traverse rough weather.

However, your vehicle’s heater relies on the warmth of the engine. Its coolant is what ultimately helps to fill your cabin with warm air. Only once the engine reaches operating temperature will the heater be allowed any intake. So, your heater won’t help warm you up until the engine recognizes its stability first.

This also means that turning on the heater right away wouldn’t slow down the engine’s process of warming up, let alone damage the engine. Since modern vehicles’ accessories are generally automatically disengaged when you turn off the car, you may as well leave the heater off until your engine is ready to provide the desired heat.

Is it OK to Start Your Car with the AC On? 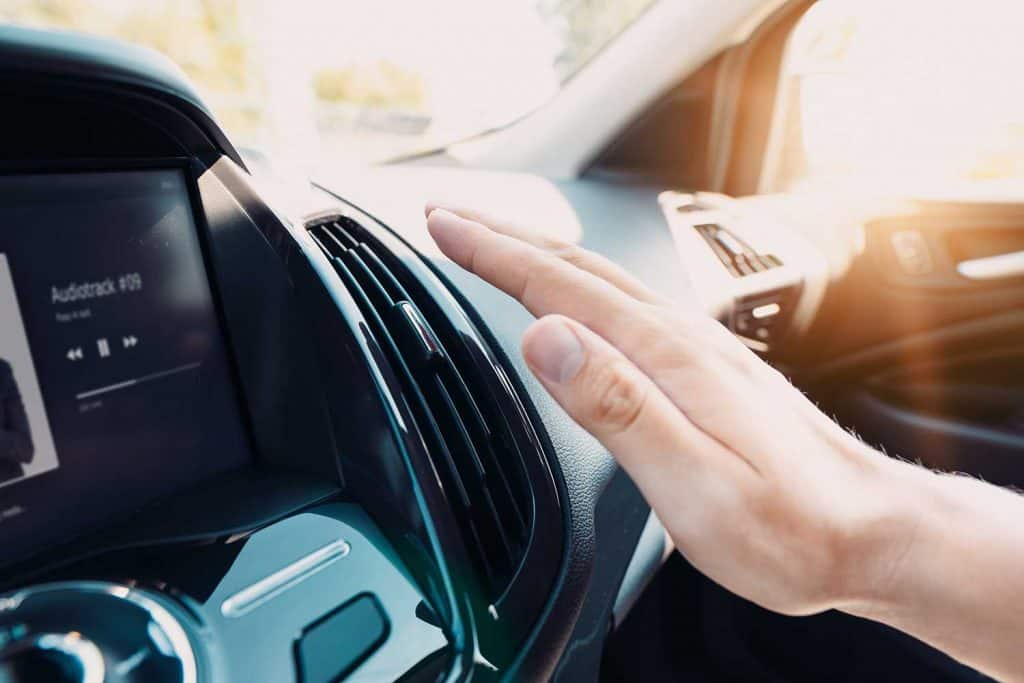 The air conditioning system has a more complex method of operation than the heater. The AC’s compressor converts refrigerant, but the system does draw power from the car’s engine. Running the air conditioning should result in higher RPMs, which measure how hard the crankshaft and pistons are working.

However, while extensively working the air conditioning on a smaller engine will be most noticeable, the actual wear on any vehicle should be negligible. So long as the system is working correctly, it only draws a few horsepower from the engine at most. The air conditioning is preferable to opening the windows on a highway because of the increased drag.

Still, like anything else, if the system begins to break down, it can lead to devastating effects like an overheated engine. More noticeably, the air conditioning’s blower runs with a motor, which draws its energy directly from the car’s battery. If you run the blower long enough while the car’s engine is off, your starter won’t have enough battery power to live up to its name.

While there are countless things to address for optimal vehicle safety and practical use, even starting it up can seem complicated. But the answer is nothing but good news, getting you on the road sooner than later! The AC and heater can be turned on right away, and driving off instead of idling will only keep you warmer. This will also best serve your car, your wallet, and your environment, letting you relax during your next cruise.