Are you thinking of adding a spoiler to your car but wondering if you should? Wonder no more as we researched whether or not a spoiler is a wise addition to any vehicle.

You can add a spoiler to your car, provided that you regularly drive on the highway or are looking for race performance. This is because the benefits of spoilers can only be felt at higher speeds and could actually affect performance on slower city driving. Spoiler benefits include:

You will also need to make sure that the design and position of the spoiler are optimized based on the shape of your vehicle. To determine that, seek manufacturer recommendations for add-on installations. Or, in the case of a custom modification design, seek a reputable performance parts shop with the technical expertise and the testing facilities to help you.

Now that sounds easy enough! How complicated can it get? Well, actually it can be tricky unless you have someone to guide you like we will be doing here. Read on so that you can have enough knowledge to be able to decide whether you should install a spoiler on your car. 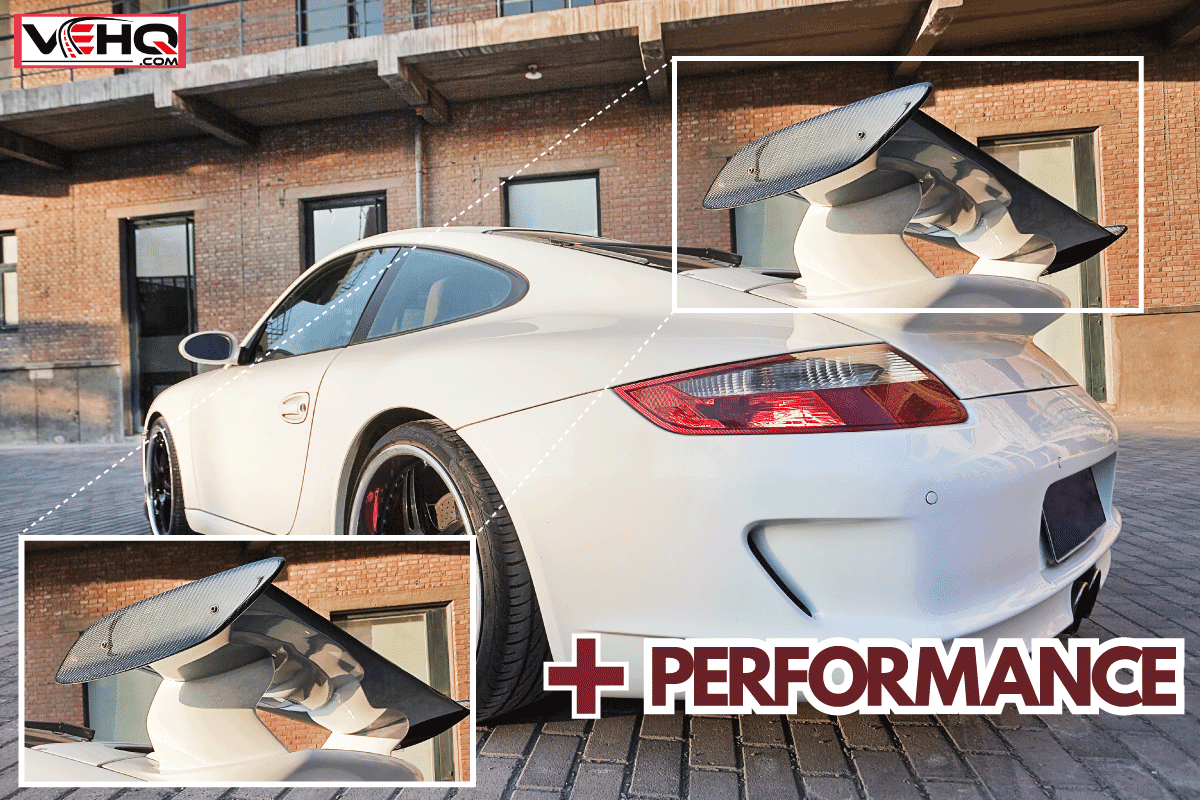 What is a spoiler for, and what should it do for your car? 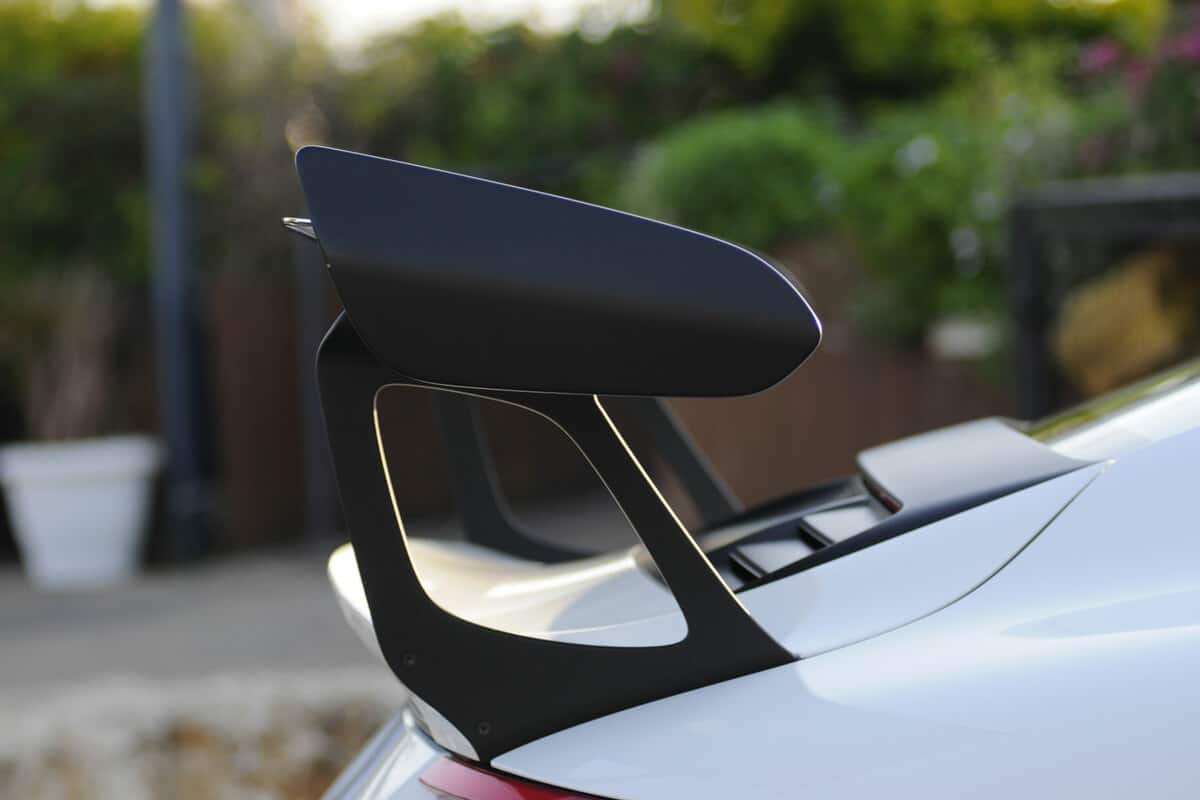 A spoiler is an obstruction or barrier at the top end of the car's rear that slices through the air, improving the overall airflow and reducing drag. That is why it is called a spoiler, as it spoils the airflow to reduce its negative effects.

How does a spoiler increase my car’s handling?

By using the wind to create downforce, the spoiler will improve the grip and traction of the wheels on the road. This translates to faster end speed, the ability to corner faster, and improved braking stability. Moreover, at higher speeds and on a straight line, it cuts the air and extends the air wake lessening the induced drag.

This means that you can drive faster around corners at higher speeds with easier braking. 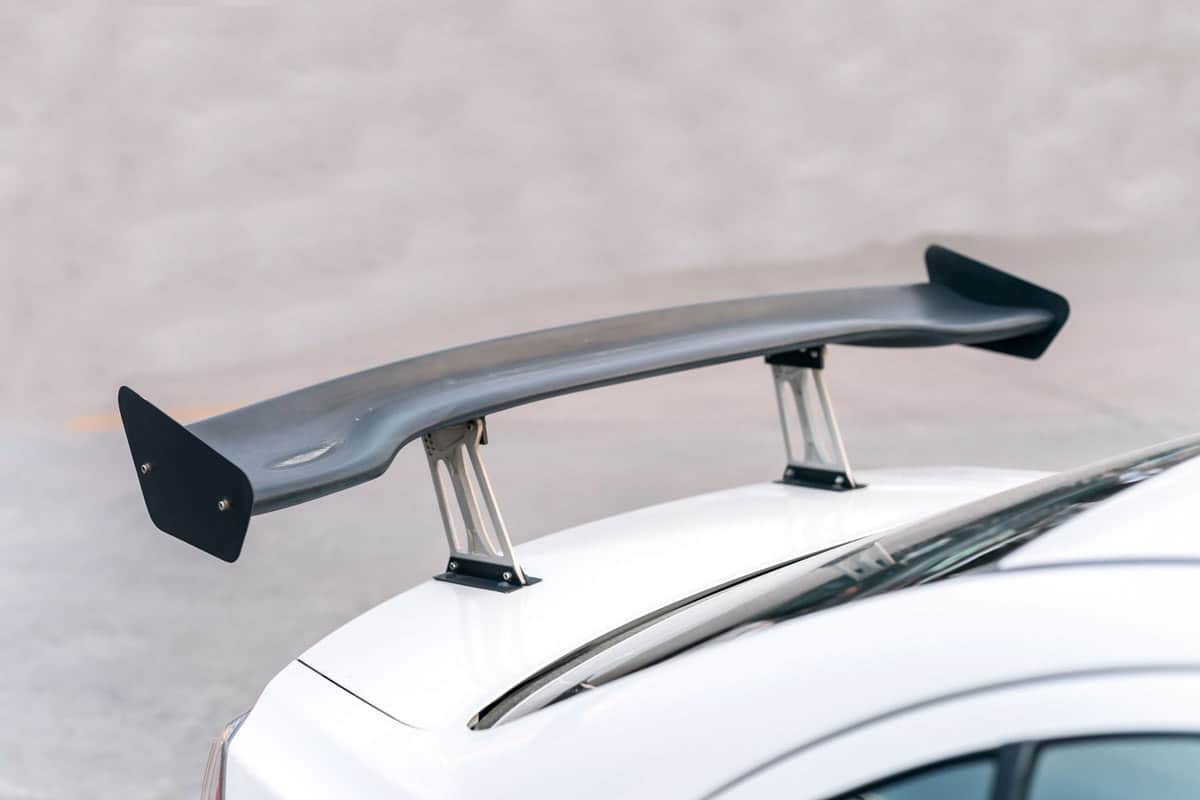 What are the trade-offs that should be considered?

The first trade-off is between aesthetics and function. Let's face it, many will consider adding spoilers primarily for the look of the vehicle, and that is a perfectly viable reason to consider doing it. However, an equal part of that consideration is will it make my car perform better?

Engineers take a lot of time to wind tunnel test spoiler design on the particular car shape to determine the most efficient shape and configuration to allow for efficient airflow. This means that a factory-designed spoiler for a specific make and model will always be an easier decision than a custom modification, which will require professional design and added testing.

Another consideration is that the benefits of spoilers are felt at higher speeds (63 mph and above), such as on race tracks or the highway. City driving will definitely not bring into play the advantages of spoiler designs.

If, on the other hand, your objective is to race your car or you regularly use the highway, then a balance must be made between drag and downforce, called the lift/drag (L/D) ratio, to hit the sweet spot, otherwise too much downforce will itself create drag.

Another consideration is adjusting the spring tension of the car as the added downforce will affect this, again necessitating working with experienced and professional mechanics and custom shops.

Now that you have a general knowledge of the technical aspects and what a spoiler should be able to do, let us discuss the other factors that you may want to know before you make that final decision.

Is it illegal to have a spoiler?

Spoilers are not on the list of illegal devices or modifications that are considered illegal in the US. The only thing needed for spoilers to be street legal is that it should not adversely affect the performance and safety of your vehicle.

This means that the spoilers must not block the driver's view from the rear window nor for the spoilers to significantly exceed the size of the vehicle's body by three inches on either side and by six inches from the roofline. 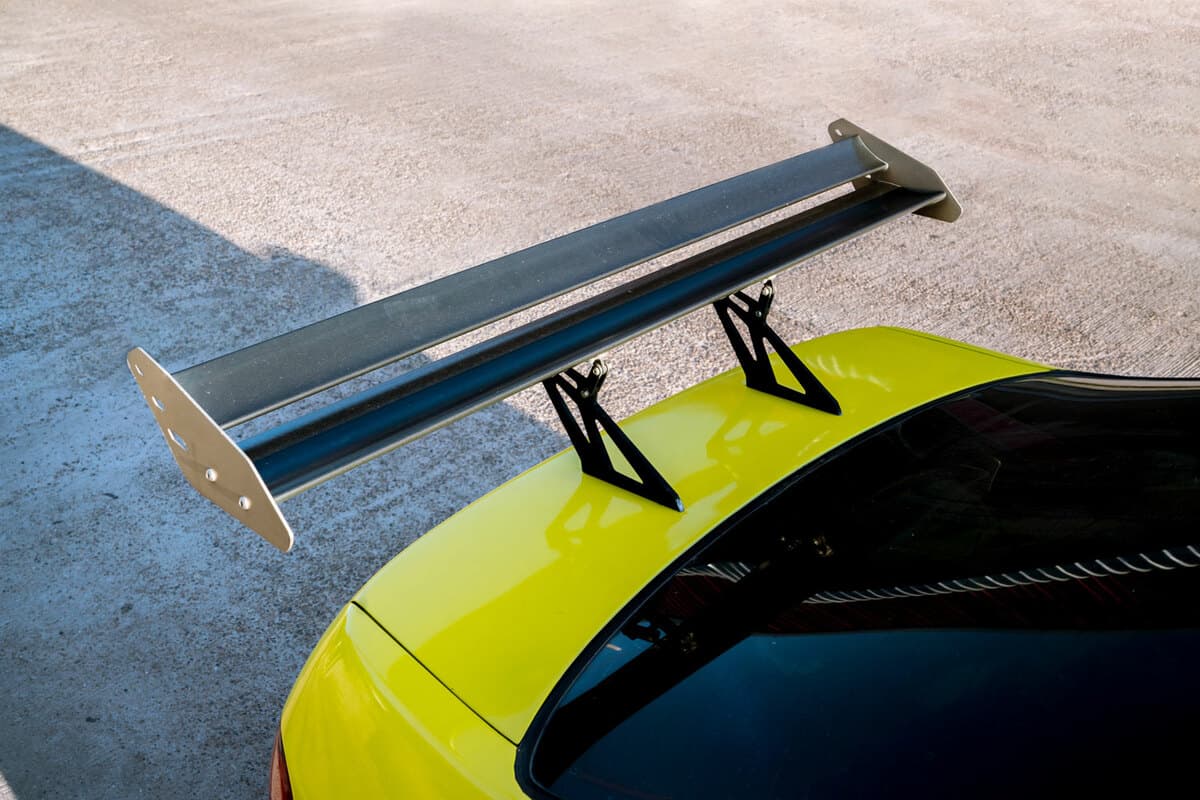 How much does it cost to add a spoiler to your car?

Spoilers cost anywhere from a low of $150-$300 all the way to thousands of dollars for high-end luxury models. Labor with painting will cost you another $250-$300, so on an average, expect to dish out an average of $500 to buy and install a spoiler.

These estimates do not include labor and parts for spring, torsion rods, and other parts that may be adjusted or replaced based on a customized modification.

Is the spoiler the same as a wing?

A wing is an inverted wing designed to deflect airflow to generate downforce on the rear of the vehicle. It is different from a spoiler in that it has a space between the obstructing object (the inverted wing) and the top of the vehicle's rear end to allow air to flow on both the top part and lower part of the wing. Because of the wing's curvature, these two airflows will create a negative lift due to the differences in air velocity.

A spoiler, as earlier stated, is an attached obstruction with no space between it and the top rear end of the vehicle for purposes of improving airflow around the vehicle.

Both produce the same end effect, with the wing producing greater downforce than an ordinary spoiler, especially at very high speeds. 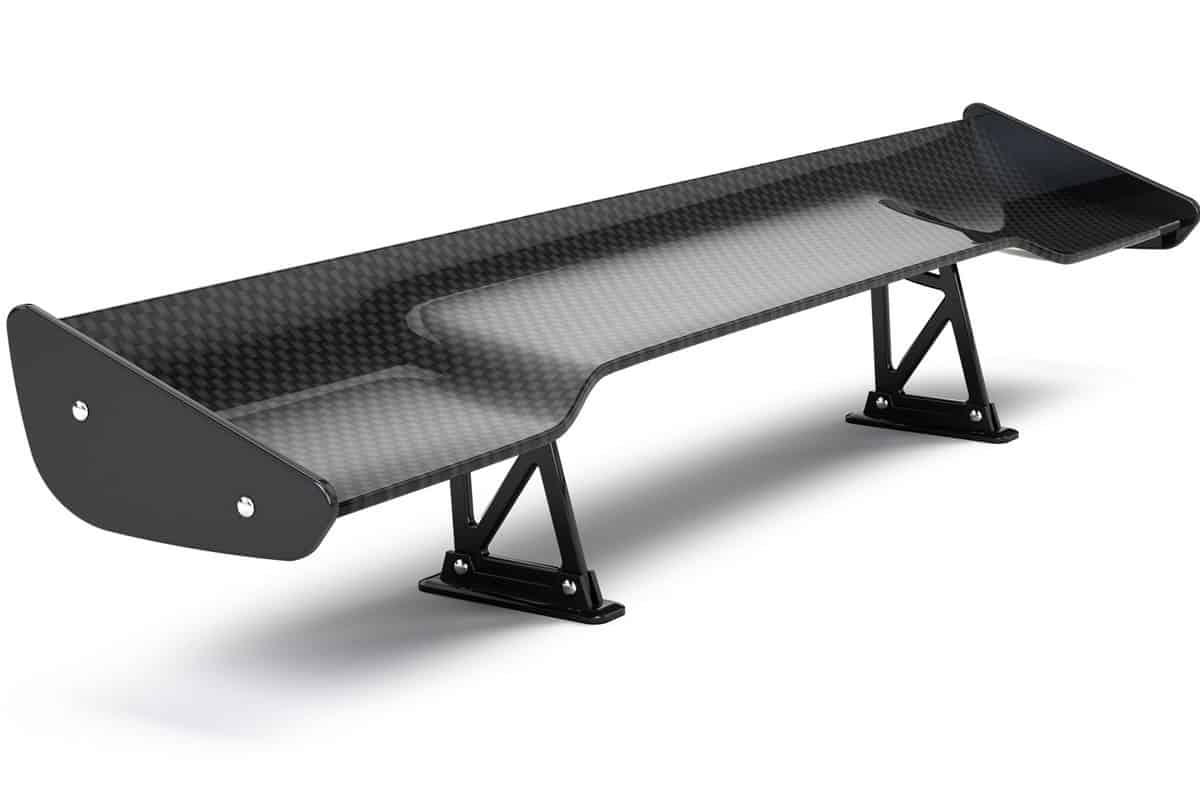 As a general rule of thumb, spoilers negatively affect mileage due to the drag they produce because of the added downforce. To really gain of the benefits of spoilers, one must go fast at highway speeds and on a straight line. How fast is determined by the combined factors of engine power, car shape, and spoiler design -parameters which may be available from the manufacturer or, in case of a custom modification, from the results of the test done by the performance shop.

The exception to this general rule seems to be new design roof spoilers on SUV’s and hatchbacks that are designed more as a wave rather than an inverted wing which is reported to be able to add several miles per gallon. 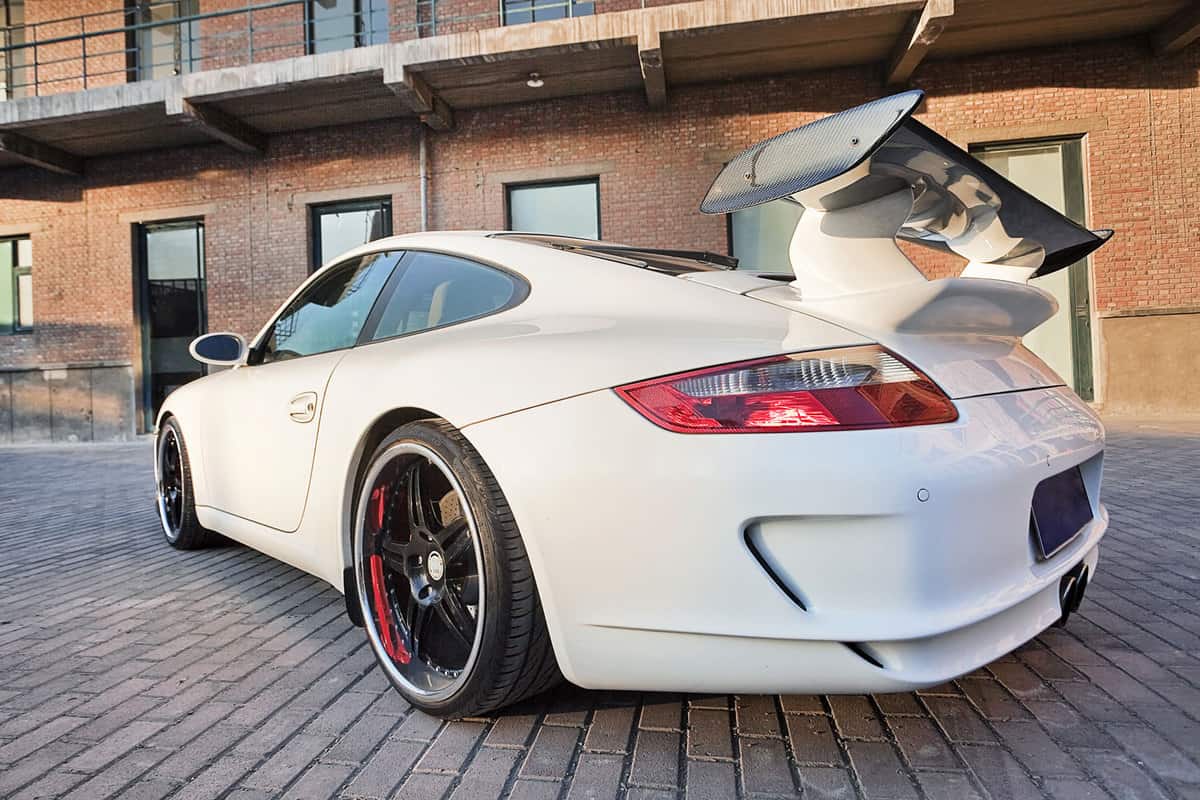 If you are looking for increased performance and better handling at higher speeds and on mountain curves, then spoilers are definitely for you! Just be aware that mileage-wise they may cost you more, that is, unless you frequently drive on highways.

Other than that, the pleasure of it looking good on your car may already be enough for you. In either case, enjoy your drive!

Check out our related posts if you're considering modifications to your ride: