Have you ever wondered if you can upgrade an F250 truck to an F350? For this article, we’ve thoroughly researched a conversion from an F250 to an F350 and will explore the possibility and know-how.

You can convert an F250 to an F350. There are only a few differences between the F250 and the F350. As a result, conversion is as simple as upgrading a few key parts of your truck.

These are the areas you need to upgrade:

This article will go over why you might want to upgrade your F250 to an F350 and go into the pros and cons of converting your F250 to an F350. Plus, we have also included a how-to guide on the conversion process and the benefits of upgrading the various parts. Finally, we will discuss whether it is even worth it to convert between the two. Stay with us! 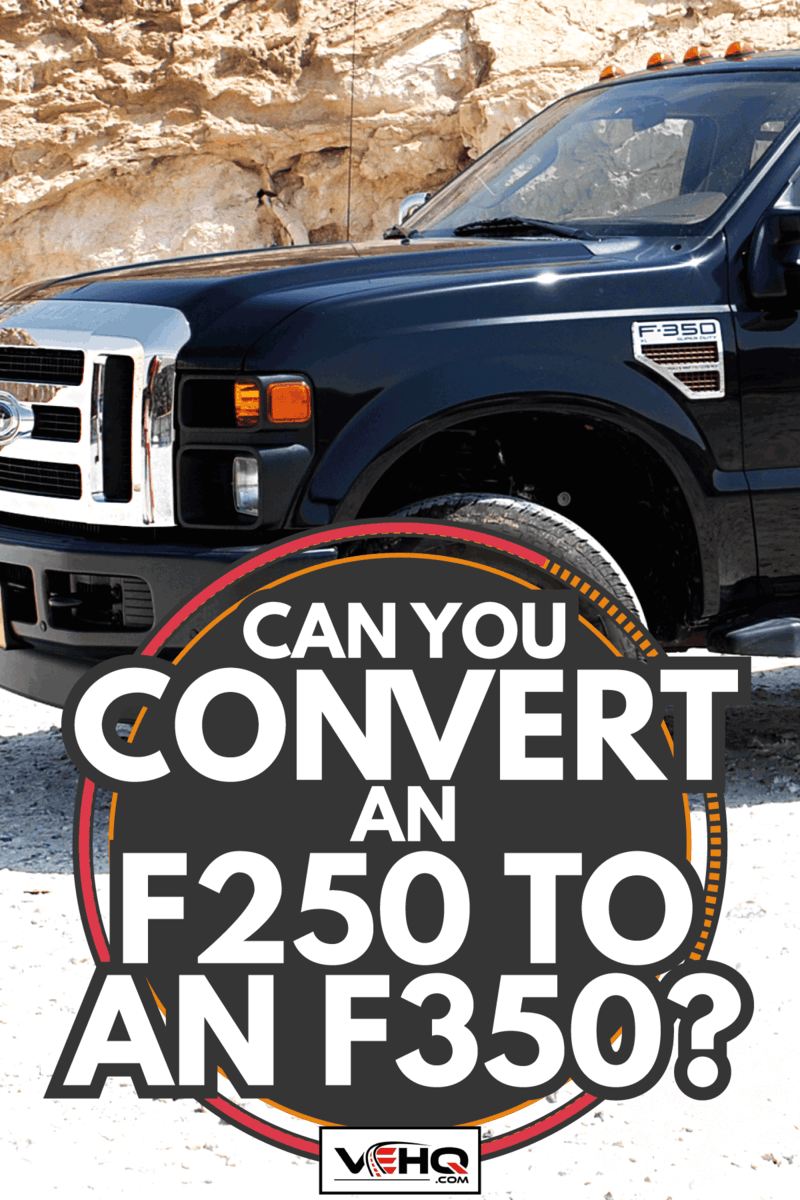 Why Make The Upgrade?

There are several reasons you may want to upgrade between the F250 and the F350. For example, needing to haul a bigger trailer or desiring a smoother ride when off-roading.

If you are driving a great distance across the highway, you will need a slightly different build than hauling a trailer over a mountain trail to a campsite. 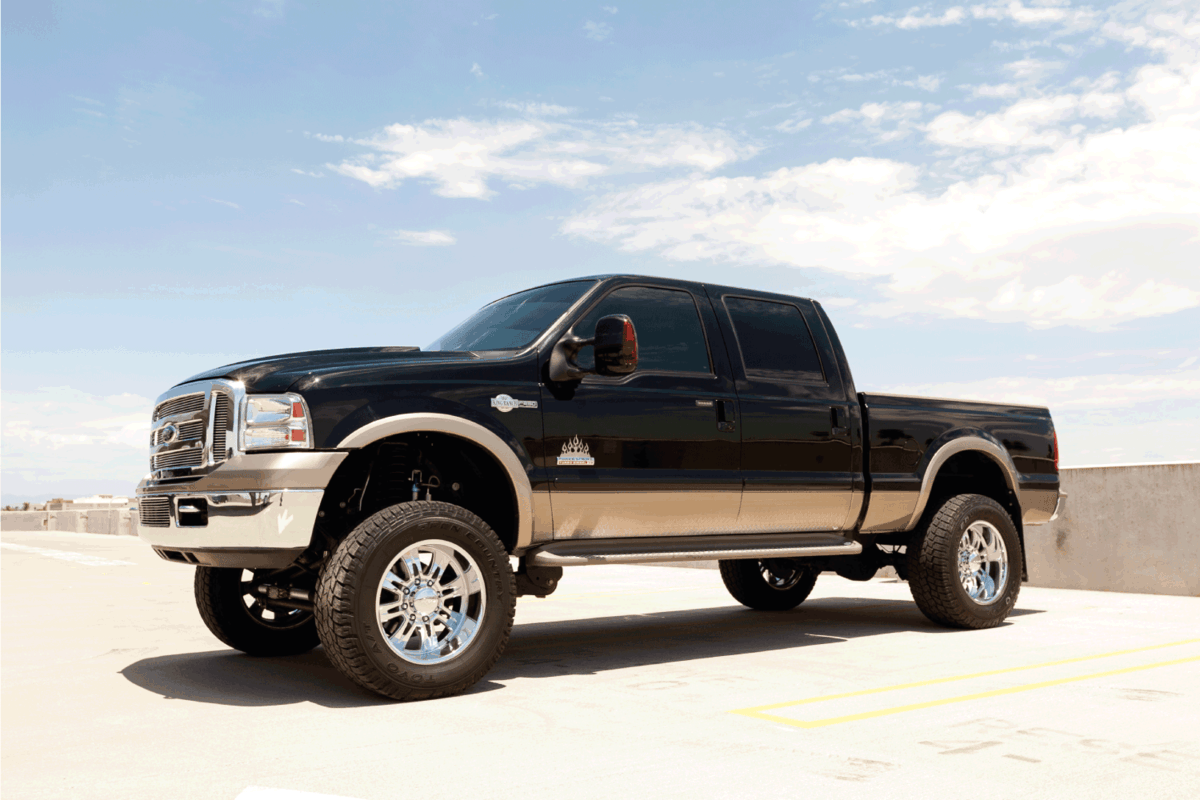 The key differences between an F250 and an F350 are the suspension block height, the size of the rear axle center section, and the leaf spring stiffness.

This is because the taller suspension block allows for a better angle on the rear axle when hauling a trailer or anything else.

As a result, making turns while carrying large amounts of weight will be easier. A higher gear ratio gives better torque to the rear axle at a cost of increased gas consumption.

Leaf springs on the F350 are marginally stiffer than on the F250. With stiffer springs, you should notice a smoother ride, especially when off-road.

Some F250 models come with this option. However, if yours does not, you may want to consider upgrading. The leaf springs are only micrometers thicker, so it isn’t a large improvement.

With an improved suspension block, you can be sure your truck can handle a larger tow weight. This could mean less anxiety about towing a heavy trailer.

The larger center section will improve your gear ratio. You will now be able to have the necessary torque to pull a heavy trailer uphill or even over more bumpy terrain.

The improved leaf springs should make any journey on the road or off-road a smoother one. Expect to glide easier in all types of road conditions.

When you have a trailer attached to your truck, a taller suspension block allows the trailer to sit level with the truck.

When you are not hauling a trailer having the taller suspension block adds no benefit and can even make the rear axle not align with the front axle.

This doesn’t have much of an effect, but if you wish to gain a benefit from having a taller suspension block, you would need to be towing something.

The larger center section does allow for better torque when towing but has an associated cost. The higher the gear ratio, the easier it is to pull weight, but the more the gears have to rotate.

This increases fuel consumption. Like switching to a lower gear on a bicycle, pedaling uphill is easier, but you have to pedal many more times.

Now, the leaf springs on the F350 are marginally thicker; they don’t actually increase the suspension that much. It is unlikely you would feel much of a difference.

Another disadvantage would be that in some states, the F350 is in a different insurance bracket. This could cause your vehicle insurance to be as high as three times higher when driving an F350 over an F250.

While it is impractical to upgrade each part to perfectly match the F350, you can still have the same hauling and suspension power as the F350 with a few upgrades.

You can find it here on Amazon.

To install, you simply lift your truck with a jack and unbolt the stock suspension blocks and replace them with the new blocks.

While you can find some rear axles with a larger differential, they can cost a few thousand dollars and won’t increase your torque by much more than it already has. There really isn’t a need to upgrade the rear axle.

The leaf springs in an F250 are nearly identical to the F350. In fact, a lot of F250 models give you the option to have the same springs installed when purchasing.

While you could upgrade the springs it would be very impractical because it is unlikely you would even notice a difference.

The Truth About Upgrading

Only the suspension block is practical to upgrade. The center section on the rear axle and the leaf springs are nearly identical between the F250 and F350.

If you upgraded the suspension block, your F250 would perform at the same level as an F350.

The F250 and F350 are the same sizes. There are really only a few specific parts that are different between these two trucks. 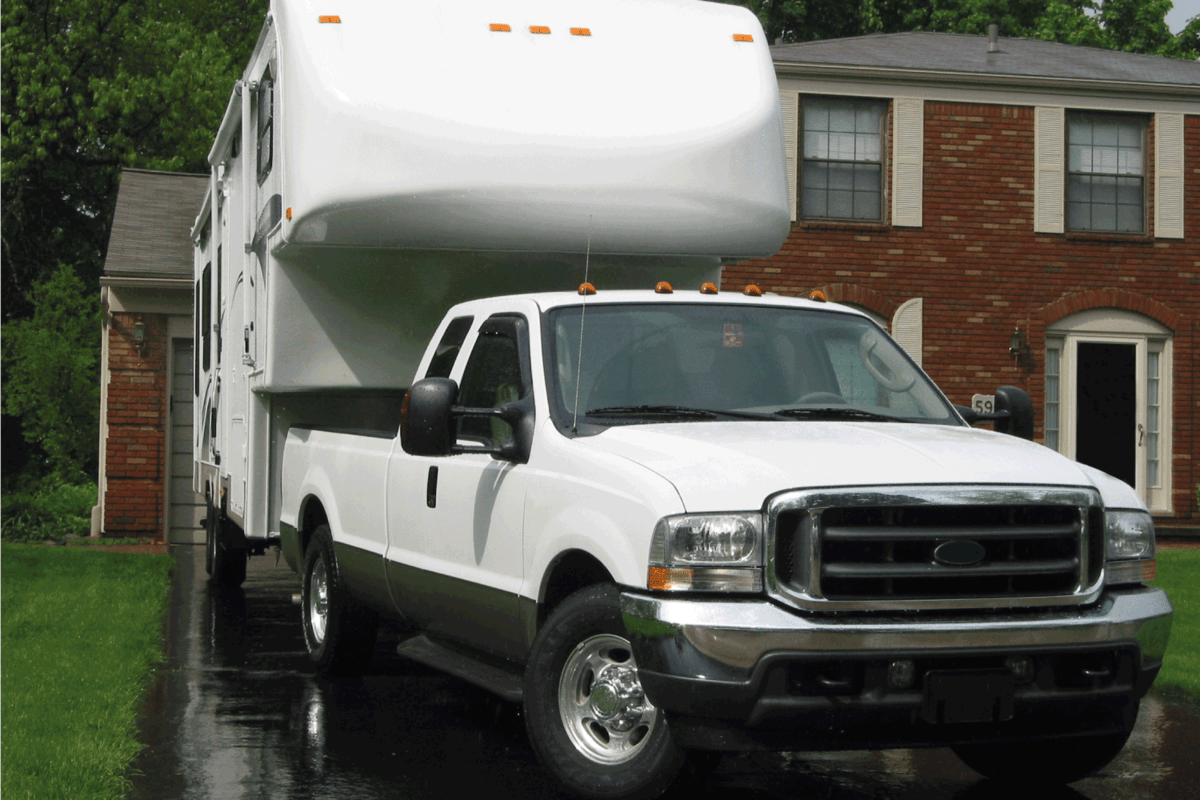 The F350 can tow more than the F250 due to several slight differences:

The F350 has a taller suspension block which allows for a better angle while towing weight.

This will increase the tow rating and allows for a higher towing capacity ranging from 12,000 pounds to 3,5750 pounds, depending on the model, according to Motor Trend. This could help with larger tows jobs.

The F350 has slightly stiffer suspension springs to help increase the suspension quality while driving off-road. This can help when towing weight for a long distance.

The differential on the F350 is slightly larger, allowing for a larger gear ratio. Like how a bike on a low gear can climb a hill, a different gear ratio for your differential can improve hauling weight.

These different parts are why the F350 has an advantage for towing larger weights further distances.

However, this can change depending on the state. CDL Knowledge has a map that will allow you to check out CDL laws in your state. 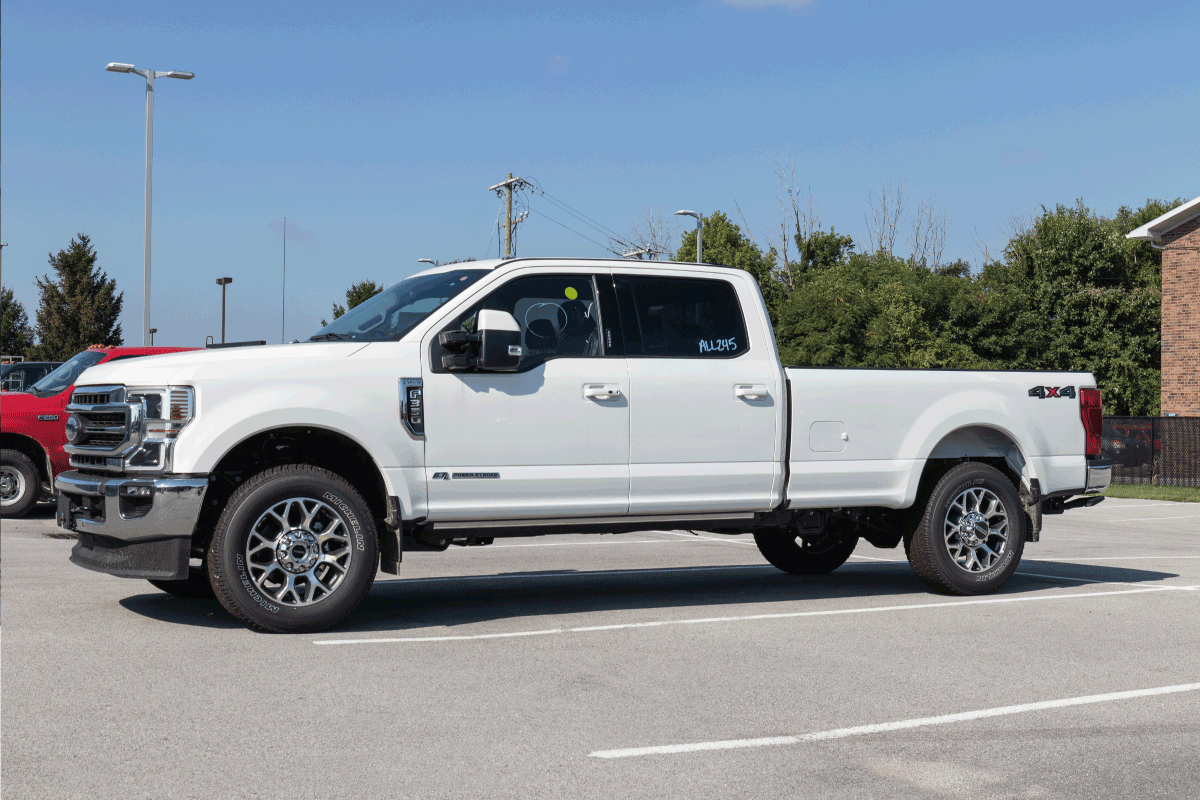 Is It Worth The Upgrade?

Now, when it comes to whether to upgrade your F250 to an F350, there are some things to consider.

The fact of the matter is that the F250 and F350 are very similar trucks cut from the same cloth. They have much more about them that is similar than different.

While the F350 does advantages for hauling and driving off-road, the advantages aren’t significant.

As far as the differential and leaf springs are concerned, they provide minimal improvement for a large financial investment.

While you could upgrade them if you wanted, it would actually be cheaper to just sell your F250 and buy an F350 instead.

The price difference between the two trucks is usually only a few hundred dollars. Upgrading the differential alone can cost a few thousand dollars.

It is worth looking into what you need the truck to do and decide if upgrading a few parts would be better for you or just getting a different truck.

If you enjoyed this article, check out the links below to explore other posts:

How To Unlock GMC Sierra Without Keys [4 Ways]

How To Drain The Gray Water Tank On RV

Can A Nissan Frontier Tow A Boat? [Everything You Need To Know]

Can A Kia Sportage Tow A Camper? [Inc. 6 Practical Examples]

Do Car Dealerships Detail Cars? [With Other Pertinent Info!]

How To Check The Oil In A Troy Bilt Generator