Are you planning to purchase a Kia Sorento, and you wanted to know which of the different trims has an all-wheel-drive drivetrain? You came to the right place for we researched this question, combing through numerous Sorento technical data from the second generation to the present, to bring you the answer.

Find out exactly which trims have the AWD in the sections below. Additionally, we will briefly discuss the difference between an AWD and a 4WD. Read on! 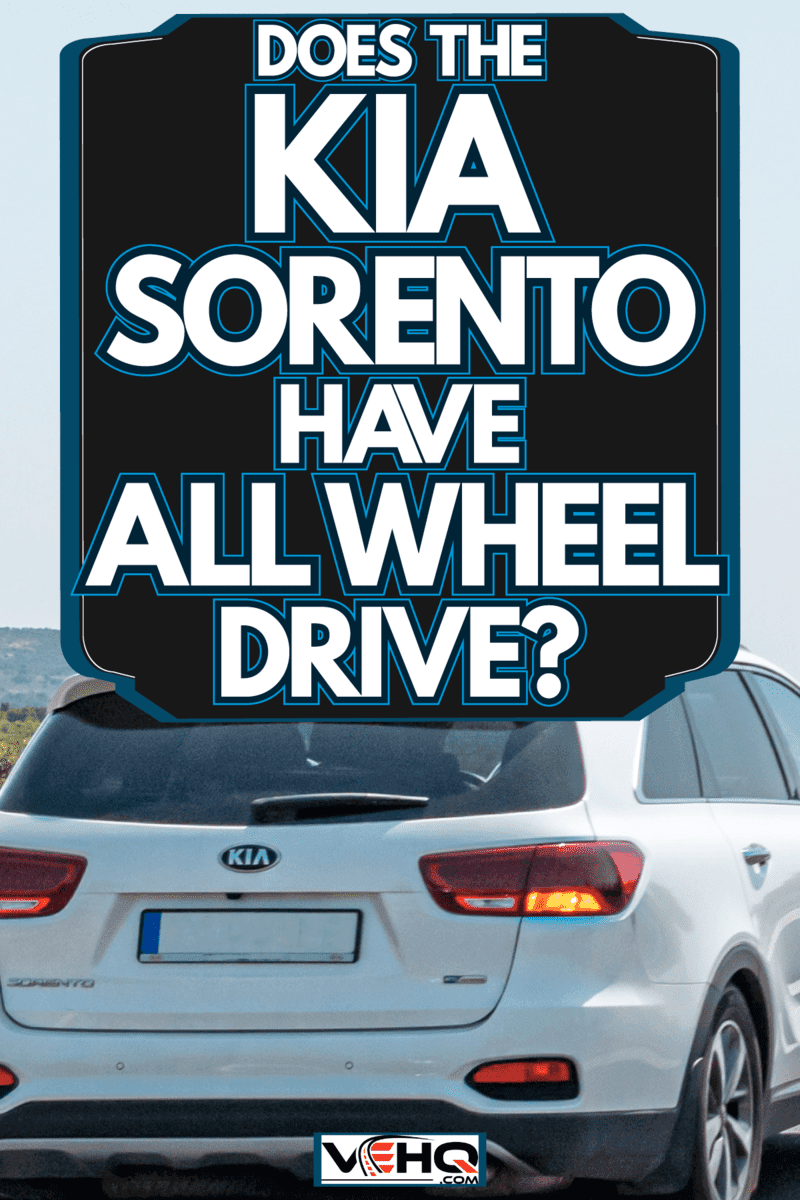 Here is a look at the different Kia Sorento trims from the present down to the launch of the second generation in 2009 all the way to 2007.

Kia Sorento had five different trims available in 2021. Three of the five trims -LX, S, and EX- have an AWD drivetrain available as an option.

The AWD option is paired with a dual-clutch 8-speed automatic transmission and a 2.5-liter turbocharged four-cylinder direct-injection engine that can generate 191 horsepower at 6,100 rpm and 181 lb-ft of torque at 4,000 rpm.

The two trims without an available AWD are both hybrids that feature a 6-speed automatic transmission and a 1.6-liter turbocharged hybrid engine.

Four of the twelve trims in 2022 have AWD as an option. This time, the two hybrid trims—Hybrid EX and Hybrid S—offer AWD.

Kia Sorento 2020 and the fourth generation

Kia Sorento had only six trims available when it launched the fourth generation in 2020. Five of these trims have AWD available as an optional drivetrain upgrade to the standard FWD.

Four of these trims paired the AWD with an 8-speed automatic transmission and a 3.3-liter V6 regular unleaded engine. This engine can produce 290 horsepower at 6,400 rpm and 252 lb-ft of torque at 5,200 rpm.

The Kia Sorento LX is the only trim with AWD that is paired with a 6-speed automatic transmission and a 2.4-liter inline-4 regular unleaded engine. This smaller engine can produce up to 185 horsepower at 6,000 rpm and 178 lb-ft of torque at 4,000 rpm.

The Kia Sorento offered eight trims in 2019. Seven of these eight trims offered an optional AWD in addition to the standard FWD.

Six of the trims with AWD used the same 3.3-liter V6 regular unleaded engine that they used for the fourth-generation release:

Only the Kia Sorento LX used the same 2.4-liter inline-4 regular unleaded engine with its AWD.

The new body featured an extended wheelbase that is 1.4 inches longer than the previous generation. Additionally, the overall length was extended by 10 mm.

2018 marked the last time that Kia used the 2.0-liter regular unleaded inter-cooled turbo I-4 engine for a Kia Sorento trim. This engine was installed in the Kia Sorento EX and was paired with a 6-speed automatic transmission that can produce 240 horsepower at 6,000 rpm and 260 lb-ft of torque at 1,450 rpm.

Kia offered eight trims for Kia Sorento in 2016. Only the Kia Sorento L did not offer an optional AWD.

There were two trims with AWD that still used the 2.0-liter regular unleaded inter-cooled turbo I-4 engine. The Kia Sorento SX Limited also used this engine paired with a 6-speed automatic transmission. 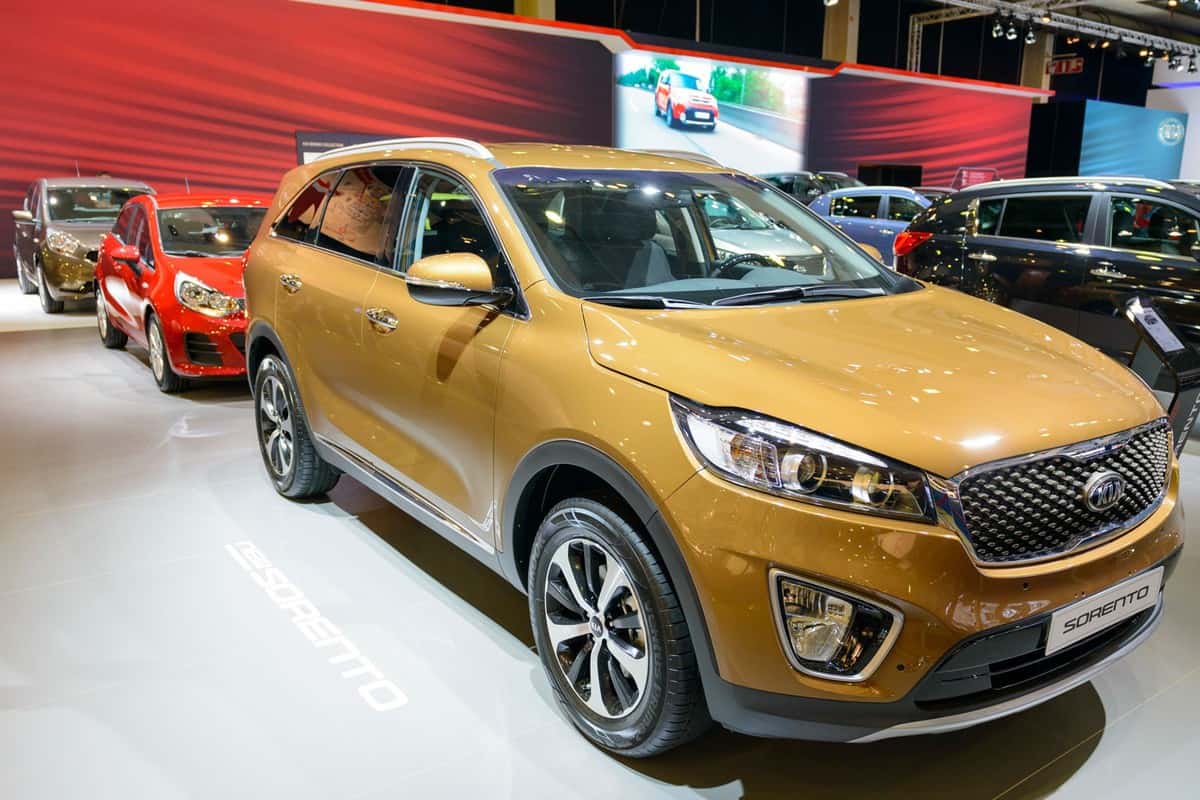 There were only five trims available between 2013 and 2015. All five trims offered an optional AWD drivetrain. These are the only years Kia Sorento offered AWD on all its trims. 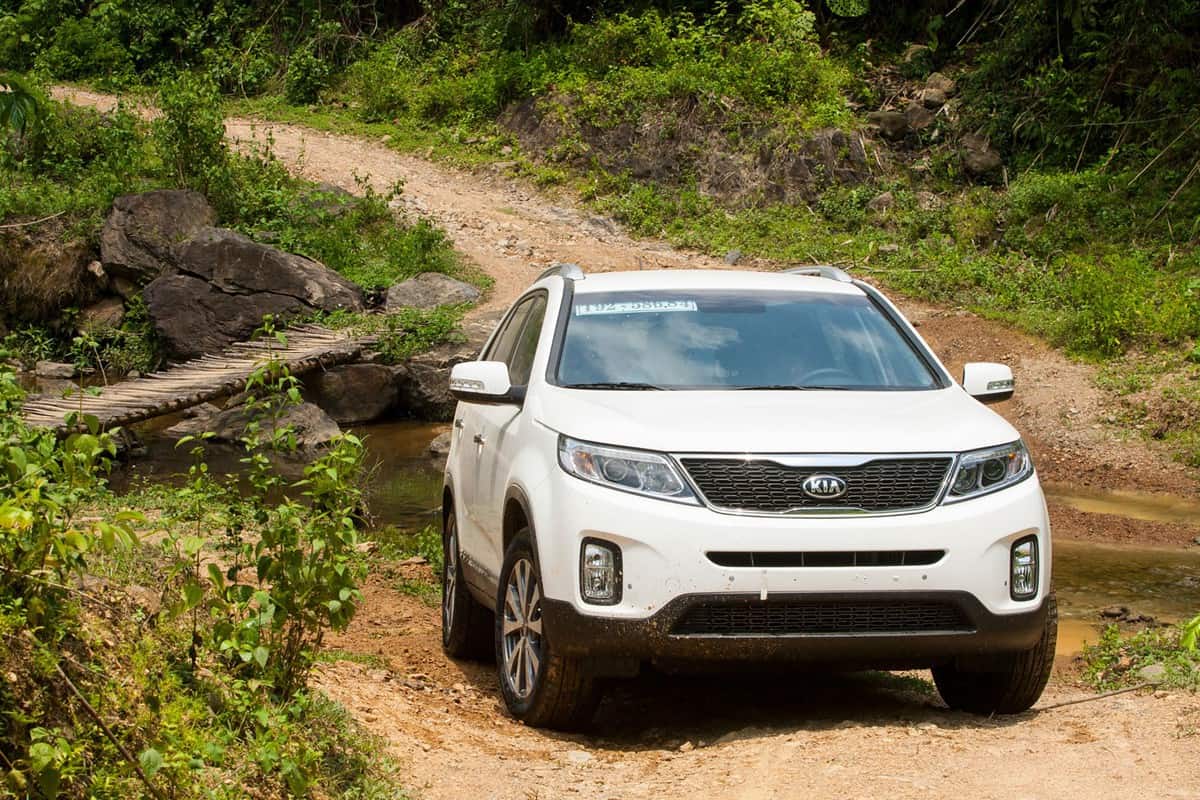 The year 2011 marked the first time that an AWD option became available for Kia Sorento trims. The AWD system replaced the 4WD system that was available as an option in models before 2011.

Three trims with the AWD option were equipped with the 3.5-liter V6 gasoline engine and a 6-speed automatic transmission. The engine can produce 272 horsepower at 6,300 rpm and 248 lb-ft of torque at 5,000 rpm.

Kia Sorento had only three trims available between 2007 and 2010. During this period, Kia Sorento offered 4WD instead of an AWD system.

The Kia Sorento EX paired its 4WD with a 5-speed automatic transmission. Additionally, it was equipped with a 3.8-liter V6 gasoline engine that can produce 262 horsepower at 6,000 rpm and 260 lb-ft of torque at 4,500 rpm.

What is the difference between 4WD and AWD?

Some people think that these are the same and that they’re simply a different way to market the same thing. We shall lift the veil over the mystery of the difference between an AWD and 4WD in the sections below.

What is an AWD?

An AWD drivetrain allows the engine to provide power to all the wheels. The strength of an AWD system is that it needs no input from the driver to function. It is always active.

Thus, in an emergency situation where there is a sudden need for power on all the wheels, an AWD drivetrain is more reliable than a 4WD.

A 4WD is like the AWD because it can send torque to all four wheels of a vehicle to maximize traction where it is needed. Unlike AWD, however, a 4WD vehicle can be enabled or disabled by the driver through a lever or switch near the shifter or the steering wheel.

A 4WD system is also made to be more robust than an AWD drivetrain. Thus, vehicles with 4WD can tow and haul heavier loads than a vehicle with AWD.

4WD systems are equipped with a front, rear, and center differential in addition to a two-speed transfer case. The transfer case also gives the driver the option to choose between 4H or 4L gearing.

What is 4H gearing?

A 4H or four-wheel drive, high range gearing is useful for wet or icy roads where it functions as a regular AWD system. This mode can also be used for terrains like firm sand, dirt road, and gravel tracks.

What is 4L gearing?

A low gear ratio is used to drive more power to all four wheels. Your wheels turn more slowly in this mode compared to 4H. 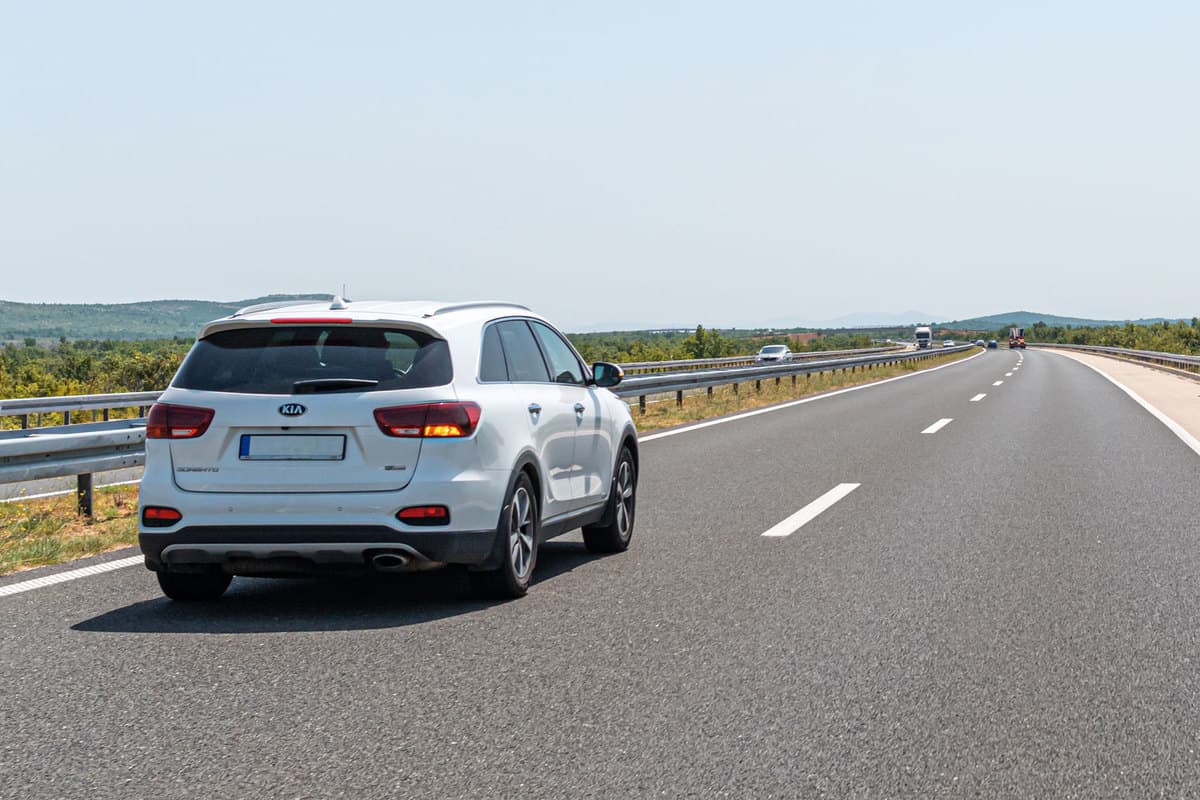 The Kia Sorento had many trims that offered AWD. Some trims offered 4WD before Kia started using an AWD drivetrain for Kia Sorento trims.