Are you planning not to start your car for an extended period, and do you want to know how long the car battery will last without starting the engine? You’ve come to the right place, for we have researched this question, and we have the answer for you.

A brand new and fully charged car battery can last for two weeks. Beyond that second week, the battery will continue discharging slowly for up to two to three months when it completely discharges.

Keep in mind that a car battery is considered discharged when it drops to 12.4 volts or lower. Learn more about your car battery and its state of charge or discharge in the succeeding sections. Read on! 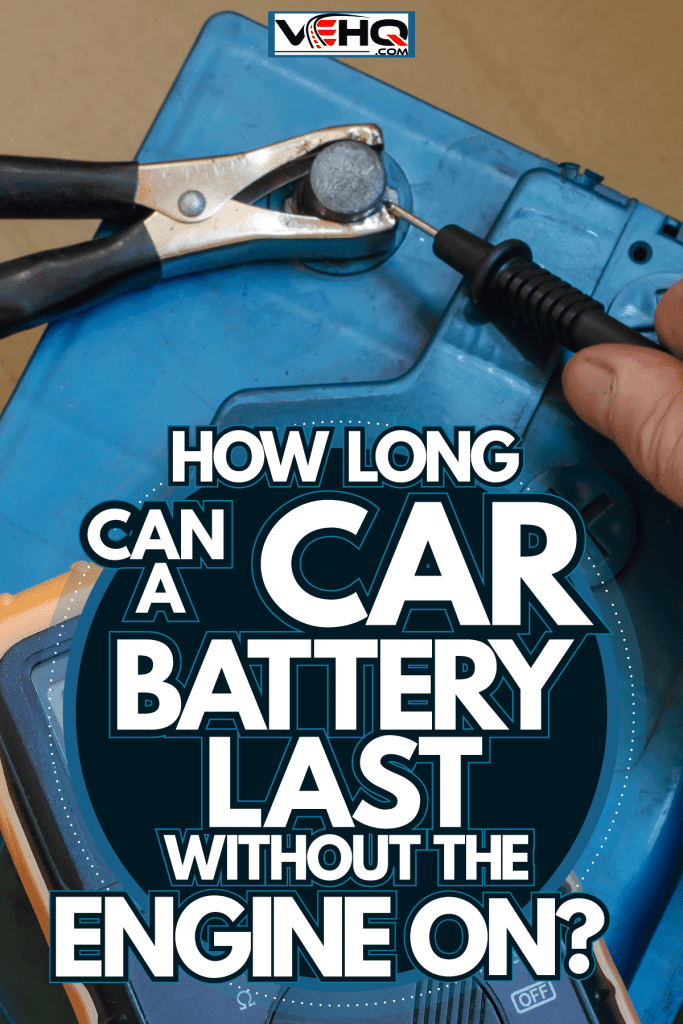 How to get your car battery’s voltage with a voltmeter?

The voltage of your car battery goes down as it loses its charge. Thus, you can get an estimate of the remaining charge in your car’s battery by using a voltmeter.

Additionally, it is a good idea to test your battery first if you didn’t start your car for more than two weeks. 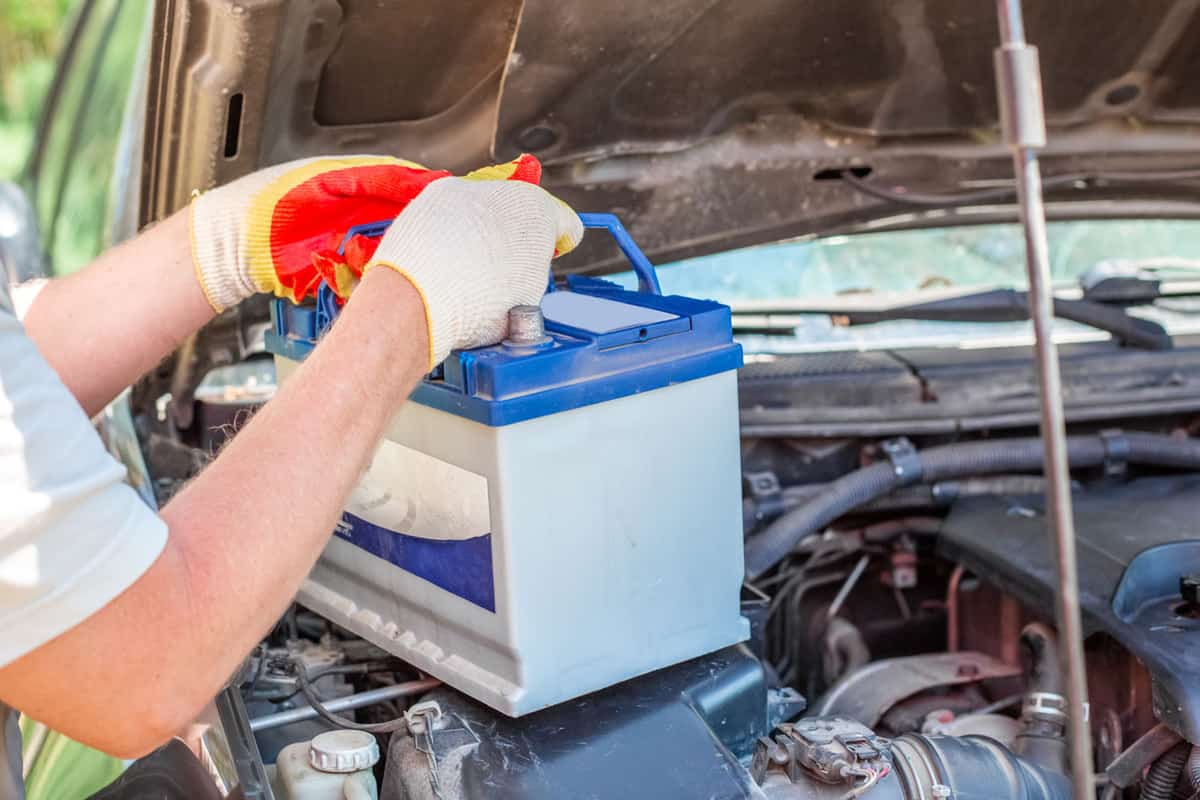 If the voltage reads 12.4 to 12.9, then you should not have any problem starting your car. Anything below 12.4 means that your car battery has lost too much of its electrical energy that it might have difficulty starting your car.

Here are the simple steps to get your car battery’s voltage—and thus its remaining charge—using a voltmeter:

What does it mean for a car battery to be completely discharged? 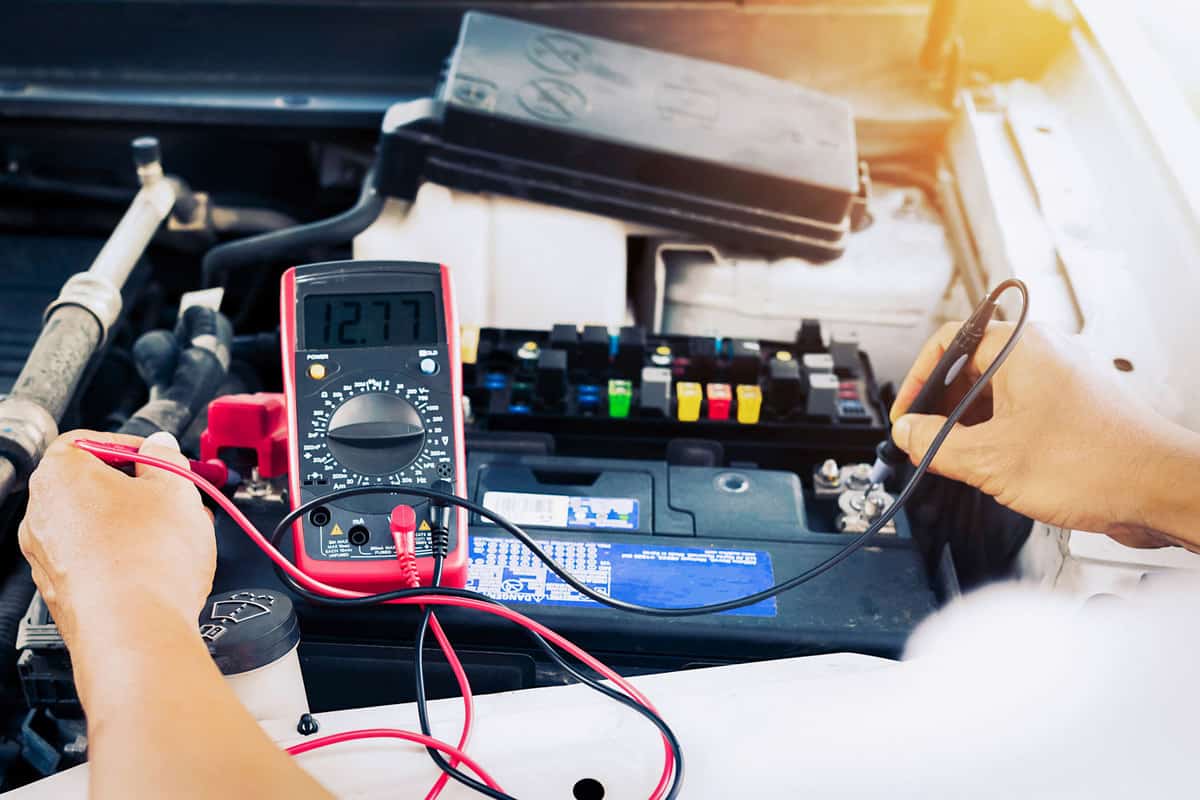 A completely or fully discharged car battery is when it reaches 10.5 volts.

Even though a car battery still has more than half of its electrical energy at 10.5 volts, it is dangerous to let it fall lower than that. If a battery falls below 10.5 volts, the plates will start to get irreversible damage through sulfation. 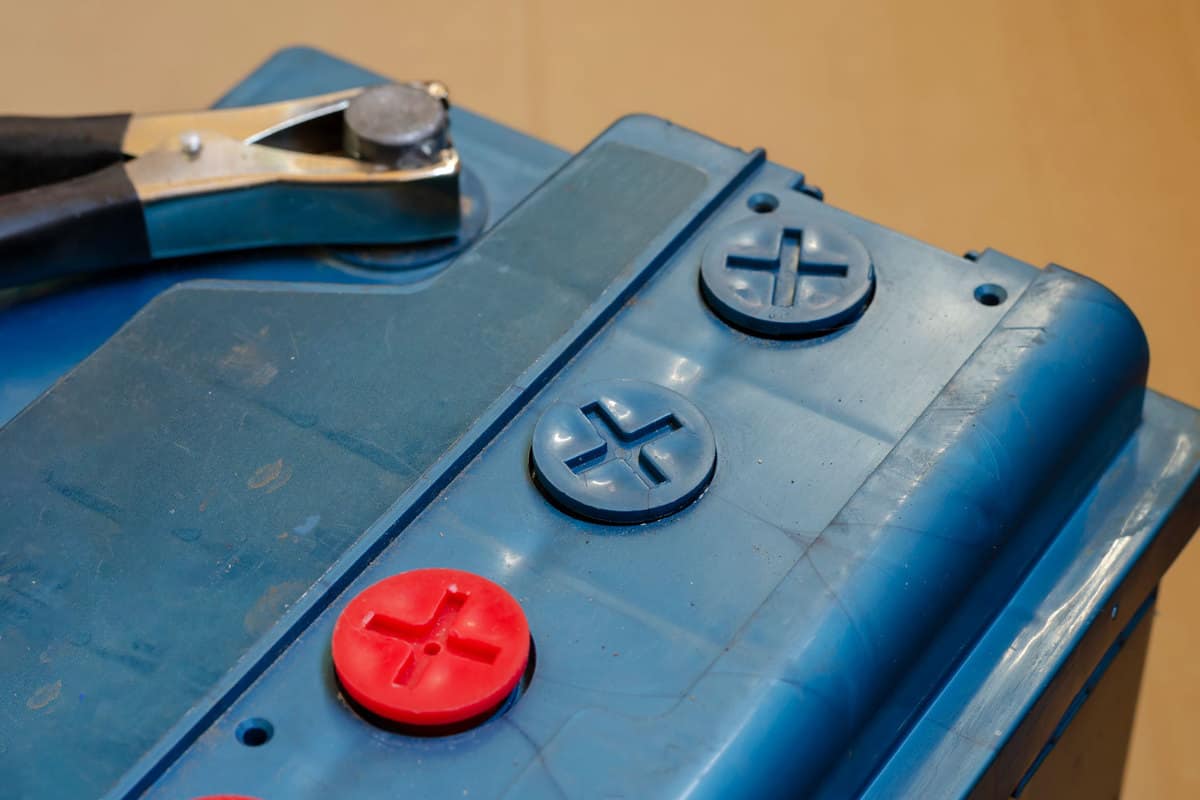 Sulfation is a natural part of the lifecycle of a lead-acid battery like the car battery. However, excessive drain, leaving the battery discharged, too much heat, and not getting used for extended periods will accelerate the build-up of sulfate crystals.

How to charge a completely discharged battery? 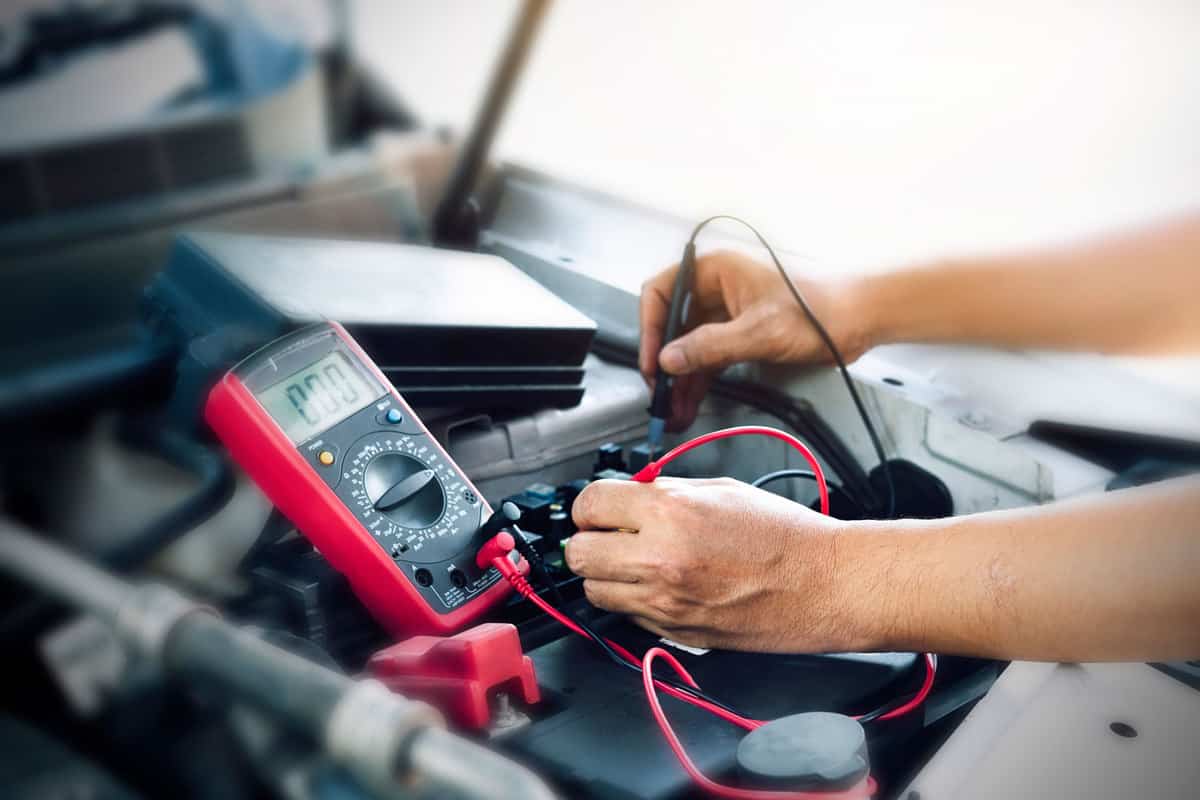 A depleted battery is best charged with a dedicated car battery charger with a trickle charge option. Slowly charging your car battery when it is at this state of discharge will help restore its charge without overloading it with electrical current.

Too much electrical current can raise the temperature of your car battery, and too much heat is one of the contributing factors to the crystallization of sulfate crystals inside your car battery.

Some dedicated car battery chargers can even charge your car battery without disconnecting the battery from your car.

What is a battery conditioner?

It reconditions batteries by getting rid of some of the sulfuric crystals and returning the freed sulfur to the electrolyte solution. The battery conditioner will also charge the battery if it falls below recommended levels.

A battery conditioner needs to be plugged into an AC power source. Some versions make use of solar energy to provide the energy needed to maintain the car battery at peak charge.

Once you decide to use your car in a few weeks or months, the battery will be at peak charge, and you wouldn’t have any problem starting your car.

How to prevent your car battery from dying?

Car batteries die faster in modern cars than in older cars. Modern cars have many sensors that the onboard computer keeps running.

The car computer and these sensors can easily drain your battery in a little over a week. Thus, it is a good idea to start your car once a week and let it run for five to ten minutes. Driving it around the block can help restore your car battery’s charge for the coming week.

A better way to prevent it from dying is to disconnect the battery from your car. A disconnected battery will be able to hold its charge for up to six months.

However, to maintain the health of your car battery and prevent sulfation, charging it every 12 weeks is a good idea.

What are the signs that your car battery is almost dead?

There are many signs of a weak or dying battery that most drivers simply ignore, hoping to get more out of their battery before finally replacing it. Here are the top symptoms: it is time to replace your car battery.

The engine cranks but doesn’t start

If you hear your engine cranking when you turn the key but doesn't start, then the battery is likely the problem. Although there is a small chance that the problem is with the starter, the bigger possibility—and the cheaper to address—is a battery problem.

Weak or no lights in your car

This points to a battery problem. If combined with the first symptom above, then it is definitely the battery that you should check.

The car starts one day then doesn’t start the next

This situation points to possible loose, corroded, broken, or calcified terminals. Having a parasitic draw can also cause this issue, although this is less likely if there are days that you can start your car without a problem.

Check the cables and the terminals first since they are the common culprits. Additionally, the terminals and the battery cables are easy to check by yourself.

Look for any loose connections between the cable and the battery terminals. Make sure that the cables are securely connected to the battery. The terminals should not wiggle or move.

If you’ve jumped your car three or more times in a week, then it is time to replace the battery.

Keep in mind that keeping a dying battery for too long can damage the starter and the alternator. Thus, avoiding that you need to replace the battery can cost you an alternator, starter motor, and a car battery. 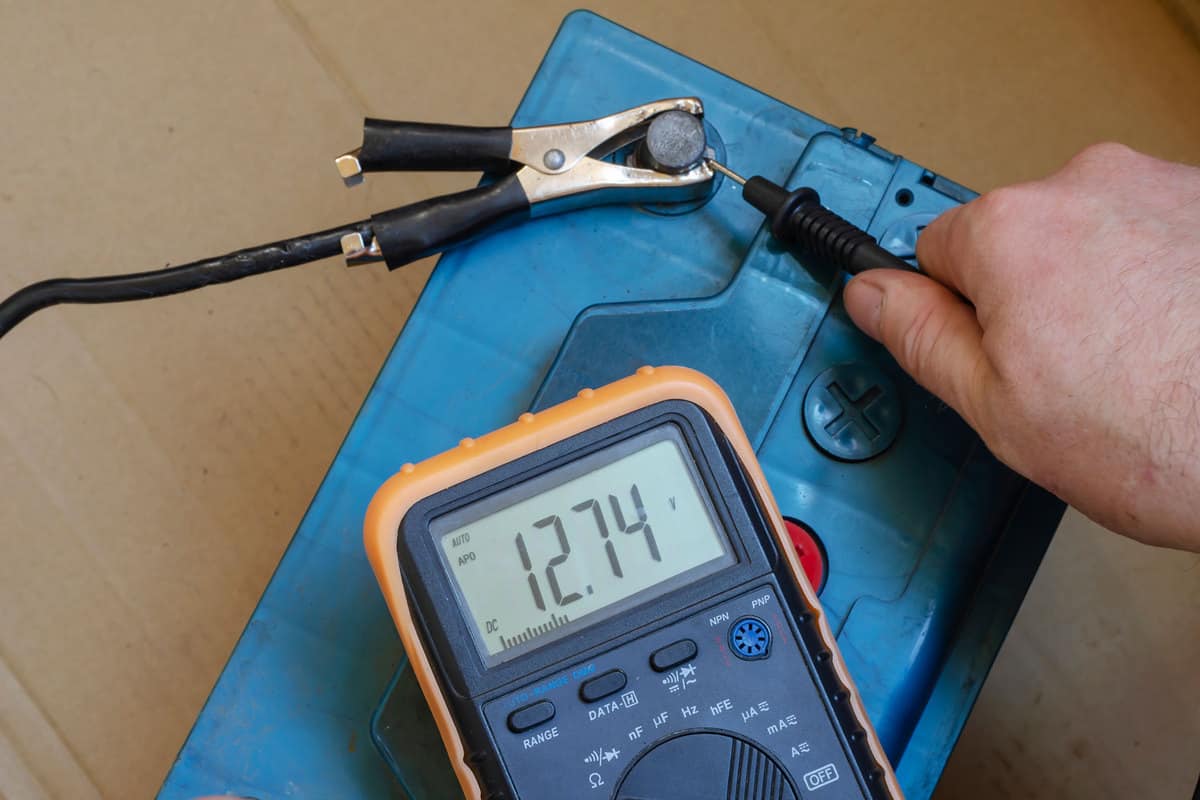 Your car battery should last up to two weeks maximum without turning on the engine.

Can A Bad Car Battery Cause Rough Idle?

What Size Are Battery Bolts?