If you are interested in buying a Chevy Cruze, you may want to know how long it will last. While there are many factors going into the lifespan of a vehicle, it is good to do some research before signing on the dotted line. So let's look at the average lifespan of a Chevy Cruze below.

The Chevy Cruze will last 150,000 to 200,000 miles on average with proper maintenance and care. With the national average of 15,000 miles driven a year, the Cruze will last 10 to 13 years before significant engine parts need to be replaced.

If you currently own or thinking about buying a Chevy Cruze, then there are ways to ensure you will get the most out of its engine. This article will discuss how to properly maintain a Chevy Cruze and bad driving habits on the engine. In addition, we will answer other frequently asked questions about the Chevy Cruze, so read on! 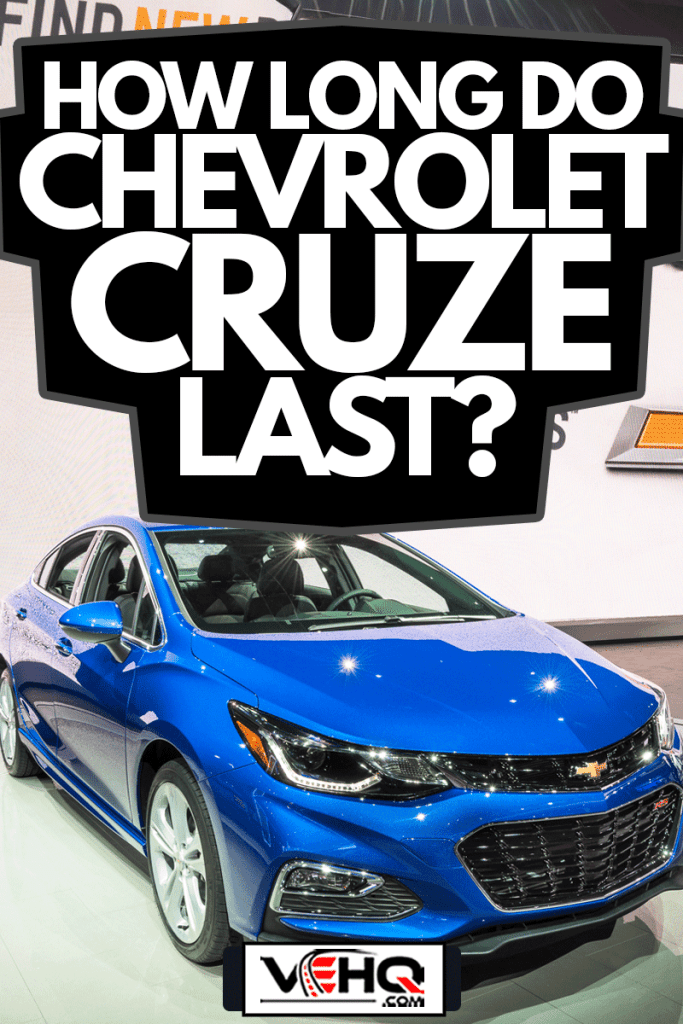 How Long Do Chevrolet Cruze Last?

The average lifespan of a Chevrolet Cruze is 150,000 to 200,000 miles. However, some consumers have reported higher mileage marks.

Nonetheless, maintenance and driving habits play a massive role in how long your car will last.

Driving habits such as speeding and rapid acceleration will stress the engine. For example, driving over 90 mph for extended periods of time can blow out the engine because it strains components beyond their limits.

You should also try to avoid shifting early. If you shift from drive to reverse before the vehicle is completely stopped, it will wear the engine and transmission.

Another thing to avoid is having a heavy foot when braking. Hard braking will put you in the brake shop faster, and it can negatively impact the engine.

Common mistake consumers make before putting their vehicle in gear is not letting the engine warm up first. A cold engine will strain the battery and make it work twice as hard to get your Cruze started.

Driving a cold engine means that the oil hasn't had time to lubricate the engine parts that need it the most. Thus, posing the risk of engine components failing earlier than they should.

Now that we have established suitable driving methods for your Chevy Cruze engine, let's discuss a proper maintenance record. 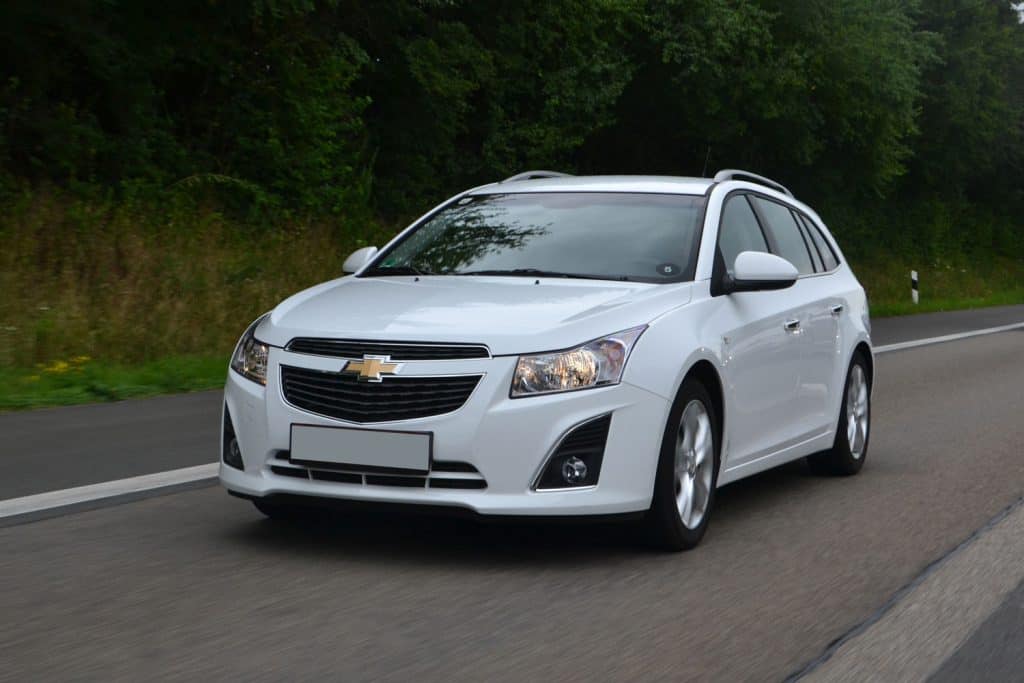 Depending on what oil you use will determine how often you should change the oil. For example, it should have changed every 3,000-5,000 miles for conventional oil. However, you can have it changed every 7,500 miles for synthetic oils.

When changing the oil yourself or at a mechanic shop, be sure to use 5w-30. Anything else will be too thick or thin viscosity and won't lubricate the engine properly.

In addition, every 7,500 miles, you should have the oil filter changed and rotate your tires. Rotating your tires is vital not only for the health of your tires but for other mechanical parts. During this time, it is also a good idea to have your air filter changed or cleaned if necessary.

If you plan on keeping your Chevy Cruze for a long time, then it is a good idea to have the spark plugs changed every 60,000 miles. Also, if you bought the vehicle used, ask for a maintenance record to see if this has been done.

Last but not least, every 100,000 miles, it is good to have the timing belt inspected. If the timing belt is showing signs of wearing, have it replaced. Like most maintenance items, this could cause bigger problems in the future if ignored.

Is Chevrolet Cruze a reliable car? 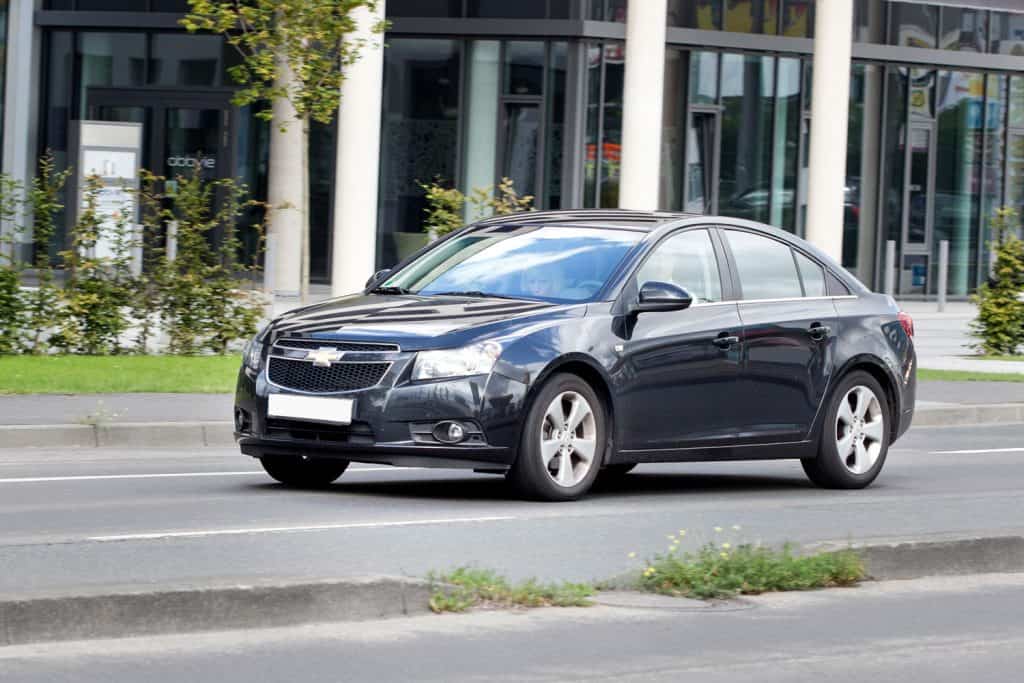 The Chevy Cruze has a reliability ranking of 4 out of 5. However, it ranks 26th out of 36 compact cars. While it doesn't have the best ranking, it doesn't mean you can't find a used Chevy Cruze that has been taken care of.

It is good to always look at a CarFax before buying any used vehicle. This will give you a detailed report of the car's maintenance history. If it has been well kept, take that as a sign of good care from the previous owner.

If you are still concerned about reliability, ask for more information from the dealer selling the used vehicle. In addition, if it is a dealership, then they should provide an extended warranty. If they don't, find a dealer that does.

What is the most common problem with a Chevy Cruze?

The Chevy Cruze is like any vehicle because it had good and bad years. For example, the 2011-2014 models received a lot of backlash for mechanical problems.

If you are looking at a used Chevy Cruze in these calendar years, you may want to steer clear.

What year of Chevy Cruze is best?

In terms of reliability, the second-generation Chevy Cruze has done its best. As a result, consumers can rest assured that the 2016-2019 models don't pose as high-risk problems as the first generation.

However, that isn't saying you won't run into some problems as you rack up the miles. Cars are a depreciating item, and the more they are driven, the more likely a repair will be needed.

If you find a used Chevy Cruze with relatively low mileage and has the best years of the second-generation model, then it may be a perfect choice.

Is a Chevy Cruze cheap to maintain?

The Chevy Cruze does have a lower annual repair average than other vehicles on the market. On average, consumers can expect to pay $545 a year in repairs. In comparison, the annual vehicle repair cost is $651.

That's not saying you won't spend less than that a year or more than that a year. The price of repairs will vary depending on the issue and what you are willing to put into the car.

This means that if you have a Chevy Cruze in better condition, it will cost less overall in repairs. However, if you're used to Chevrolet Cruze has high mileage and many problems, you can expect to spend more annually. 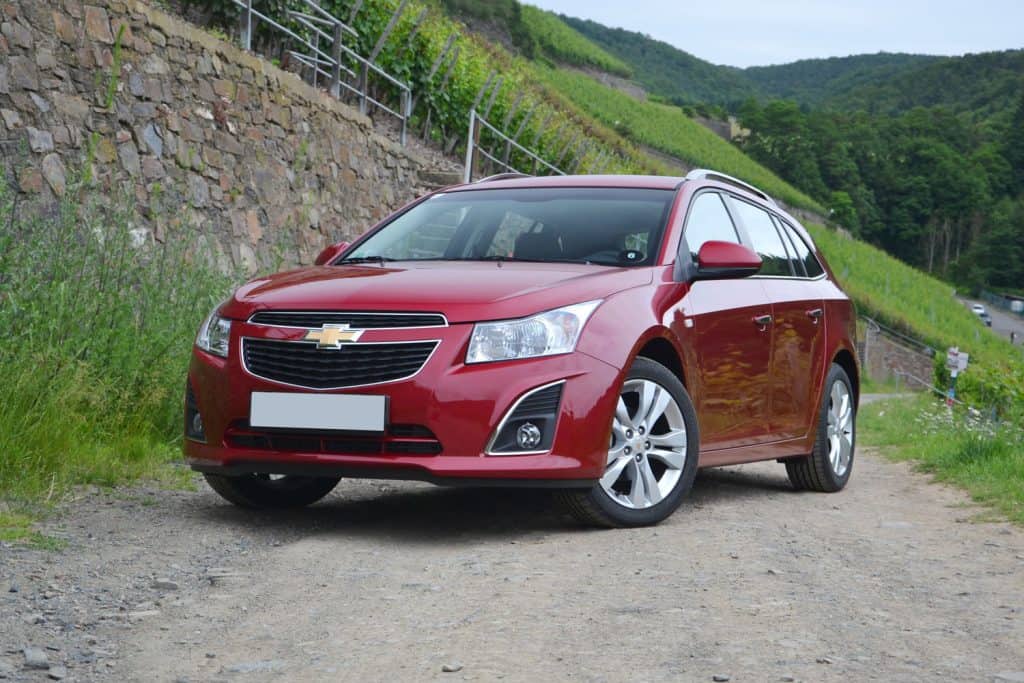 What is the cost of a timing belt replacement?

The average cost for a Chevy Cruze timing belt replacement is $320-$360. This covers both parts and labor. If you're looking to save money, it's best done at an independent mechanic or garage instead of a dealership or national chain.

The price will fluctuate depending on where you have this done. That being said, the cost is usually calculated by the total timing belt replacement labor time.

Due to its numerous issues from 2011 to 2015, a used Chevy Cruze should be avoided. There had been several recalls and lawsuits filed due to these issues.

As mentioned earlier, if you are considering a used Chevy Cruze, then go for the second generation. The reported problems are significantly less, and the car performs better overall.

Don't get sucked into a deal because it is an older vehicle with low miles. Even if you find a 2011 Chevy Cruze with low mileage, it may come with many problems.

The last thing you want is to be chasing repair bills.

What type of fuel does the Chevy Cruze use?

It is recommended to use 87 octanes or higher. However, if you own a turbocharged Chevy Cruze, it will perform better using 91 octanes. The reason is that turbochargers produce combustion and need higher octanes to avoid detonation [pre-spark].

In addition, if you put any performance tune on your Chevy Cruze, you will want to stick to premium gas. If you don't, the engine could potentially knock or ping, which can cause damage to the pistons.

While premium gas is more expensive, it could save you from engine repairs in the long run.

In addition, the 2019 Chevy Cruzes do come with a diesel model. However, the con to this is that the car has higher upfront costs. 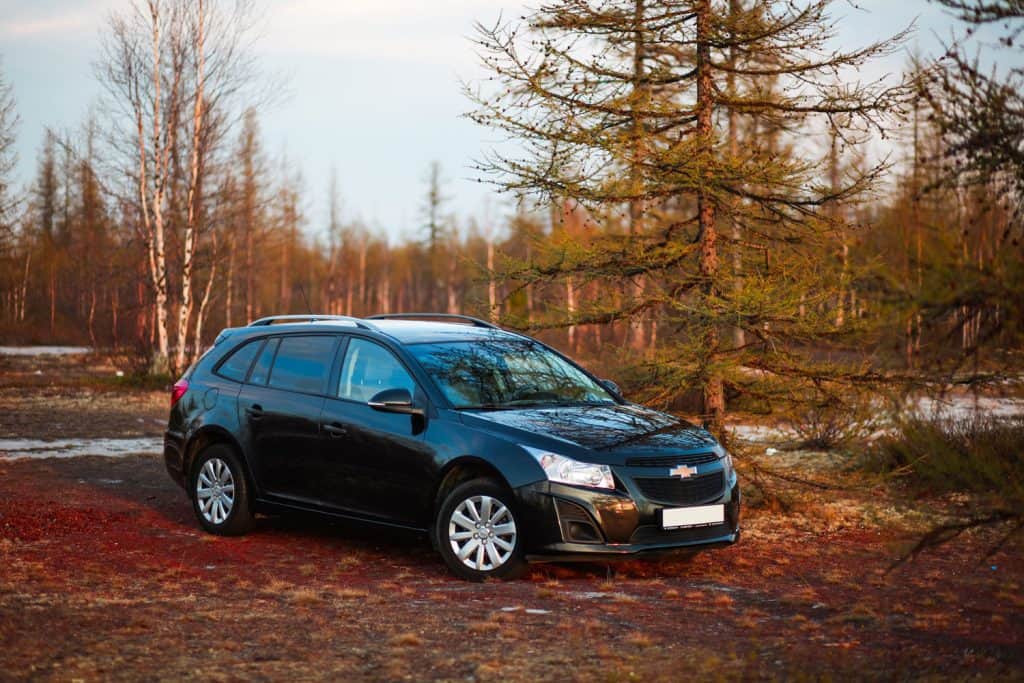 Overall, there are good things and bad things about the Chevy Cruze. Suppose you are considering buying one, then stick to the second generation. Nonetheless, whichever you choose, you have a better chance of it lasting longer by adhering to the recommended maintenance schedule and proper driving habits.

How Long Should A Dodge Charger Last?

How Long Does A Nissan Rogue Last?

How Many Miles Can A Honda Accord Last?