Purchasing a vehicle is a decision that holds a lot of variables. One of the most common factors in consumers deciding upon which model car they select is how long they feel it will last. If you are considering a BMW for your next vehicle, we can help you make your choice. We researched the vehicles from this popular German automaker from numerous professional sources, so you will know how long the BMW should last you.

The longevity of the BMW will depend on which model you are considering. All things considered equal, you can expect the following lifespan out of these model BMWs:

Now that we know how long a BMW should last, let's take a look at each model and what might impact their useful life. You might also be curious if BMWs break down often or at what mileage you can expect a BMW to begin having issues. Are BMWs expensive to maintain? Why is the resale value of the BMW so low? For the answers to these questions and more, read ahead in this post to see what our research has uncovered. 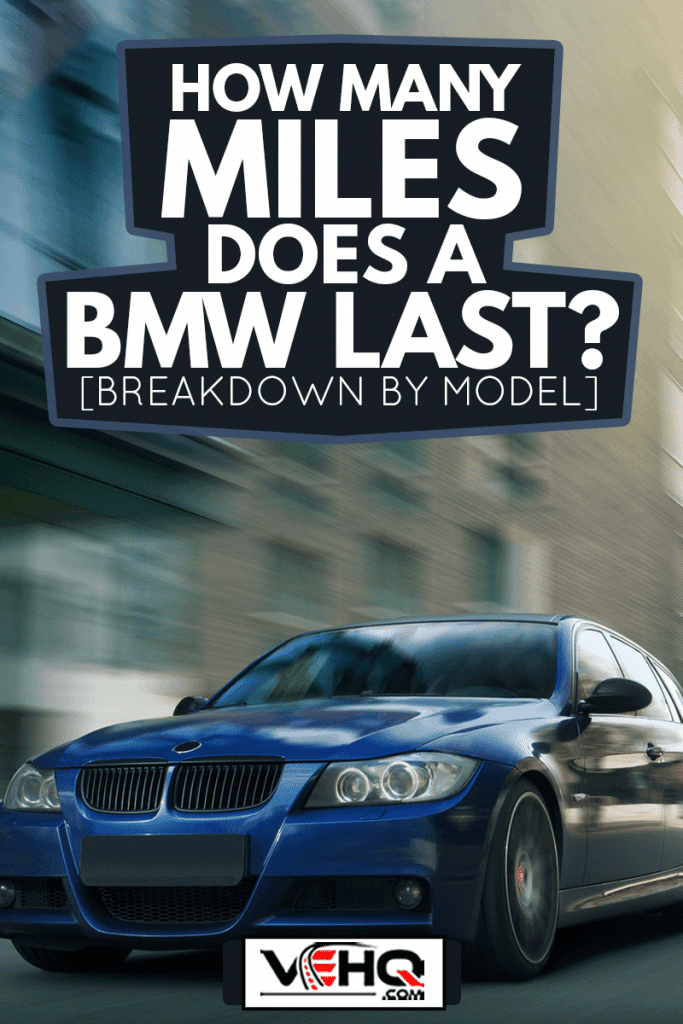 There are a good number of BMW forums on the internet that will have owners sharing their stories of what they got out of their vehicles. The common theme among them is that the engine of the BMW is one of the most reliable manufactured. Few consumers reported issues with this component.

The consensus was that when any model BMW gets beyond 100,000 miles, a variety of issues come up, impacting the longevity of the vehicle.

The BMW will certainly last a long time. But getting to different mileage milestones will require a strict maintenance schedule and replacing some pricey parts along the way. Here, we'll look at some of the issues from each series that consumers reported.

The most common reported issues with the BMW 1 series are ignition coil failure and turbocharger problems. Each one can be costly but is critical to keeping the BMW on the road.

The BMW 2 series has experienced issues with the driver's side airbag and the battery short-circuiting.

Fuel pump failure and electrical malfunctions have been widely reported for the BMW 3 series. Issues with the turbocharger have also created some replacement needs for owners.

The BMW 4 series has had some problems with the alternator, as well as some general electrical malfunctions that make the engine warning lights illuminate.

Rated as the worst series by BMW, the BMW 5 series has experienced a variety of problems. The major problem has been the timing chain, which is a costly replacement.

Faulty fuel pumps fail early on, and consumers have also complained about the air conditioner malfunctioning. In fact, the entire cooling system, in general, has been noted to be faulty.

The BMW 6 series is notorious for the rear end going out when it gets around 200,000 miles. This model also consumes a lot of oil and has some suspension defects.

Certain years of the BMW 7 series have had reported problems with the exhaust and the transmission.

Remember that no matter what series BMW you are driving, time and weather conditions seem to be the enemy. It's important to always keep this vehicle thoroughly washed on the outside, especially if you live in a coastal area or in a location that gets snow and ice. Salt will slowly eat away at the paint, then the body of the BMW. For these reasons, it's often said that the engine of a BMW will outlast the body.

Do BMWs break down a lot?

BMWs, depending on the series, do have their fair share of mechanical issues. However, they really aren't more of a problem than any other model vehicle in their class.

It seems as though we hear about BMWs breaking down all the time due to two factors. First, with a resale value well below the average, many people who own BMWs are getting them with higher mileage. They are also inheriting the problems associated with higher mileage vehicles. Many have no idea what they are getting into, and, due to the high cost of BMW parts, the owners get pretty vocal about part replacement.

The second reason is some of the parts used by BMW that are located next to the engine. Lots of them are made from plastic and do not last as long. Getting certain parts replaced can take you off the road briefly, but really, this doesn't happen that much more often than with other model vehicles. 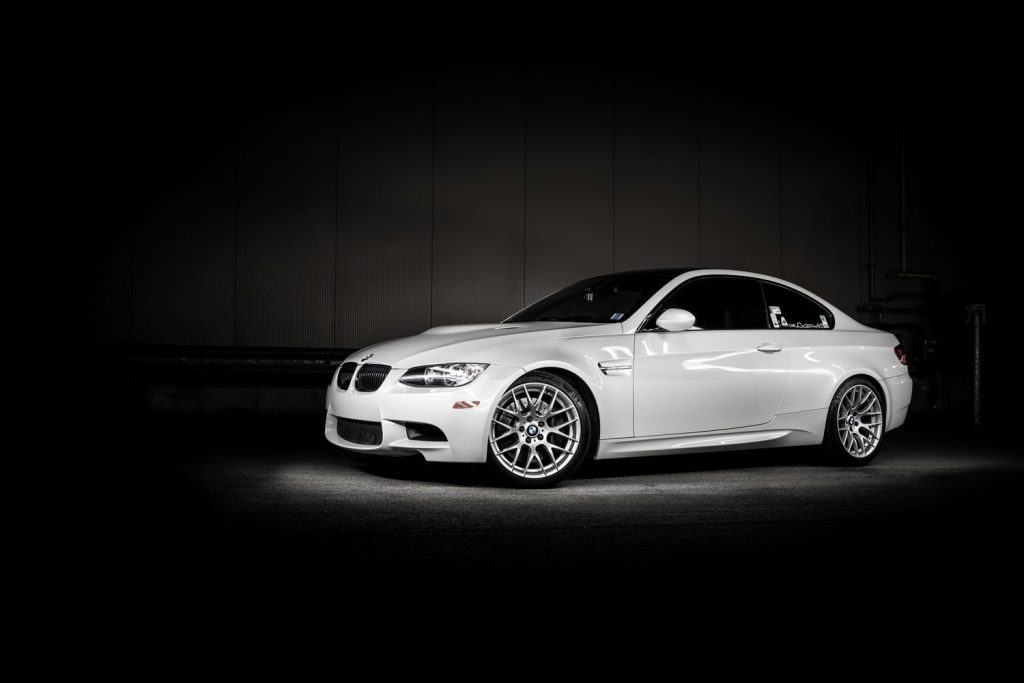 At what mileage do BMWs start having problems?

As we pointed out earlier in this post, the engine of the BMW is one of the best ever manufactured for a vehicle. But when the BMW nears 100,000 miles, the car does start to experience some issues that need to be addressed.

If you've been diligent about your BMW's maintenance schedule, you will have noticed that certain parts need to be replaced along the way. One of the most critical is the timing chain. Should this fail while the BMW is in motion, it can destroy the engine. Depending on the series and the model year, the timing chain can begin to wear out around 75,000 miles.

Depending on how much you wash your BMW, you can expect some body issues due to corrosion from salt around the 100,000-mile mark. 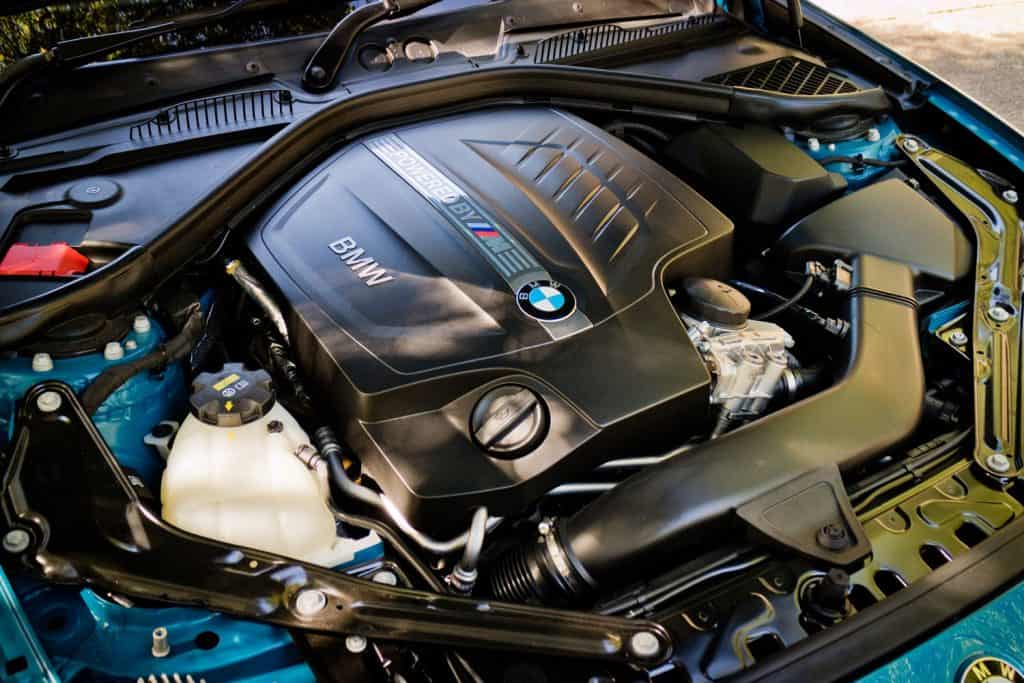 Is BMW expensive to maintain?

Because it is an import, the parts for a BMW can be notoriously expensive. Even something as ordinary as an oil change can cost well over $100.00. The elaborate electrical systems are also expensive to maintain and/or replace. Also, parts that wear out, like brakes and brake pads, can cost over $600.00 for replacements, while something as simple as an air filter will run up to $150.00.

On average, the BMW owner spends nearly $2,000 every year in maintenance and repairs for their vehicle. But it's not just the repairs and maintenance that cost the consumer an inordinate amount of money out of pocket. As these vehicles are expensive to maintain and replace parts for, the cost of insuring them is also very high.

Consumers will spend an average of $4,100 per year insuring their BMWs.

Why is BMW resale value so low?

As you might have already guessed, the resale value of the BMW is much lower than others in its class. On the high end, you can expect some series of the BMW to retain a little of 50 percent of its original value after the first five years. From there, it quickly diminishes even further.

Earlier in this post, we pointed out how much parts and labor are for any series of BMW. Even though the engine is rock solid and has a reputation for being one of the most reliable in the automotive industry, other parts do fail. And because of the high cost of replacement parts for the BMW, parts that would be low to replace in other models will be many times more expensive.

With the reality of expensive maintenance and repair costs, the demand for a used BMW is much lower than for other makes of vehicles. Factor in how much it is to insure one of these cars, and you can get a complete picture as to why the average consumer will avoid this vehicle if they are more than seven years old. 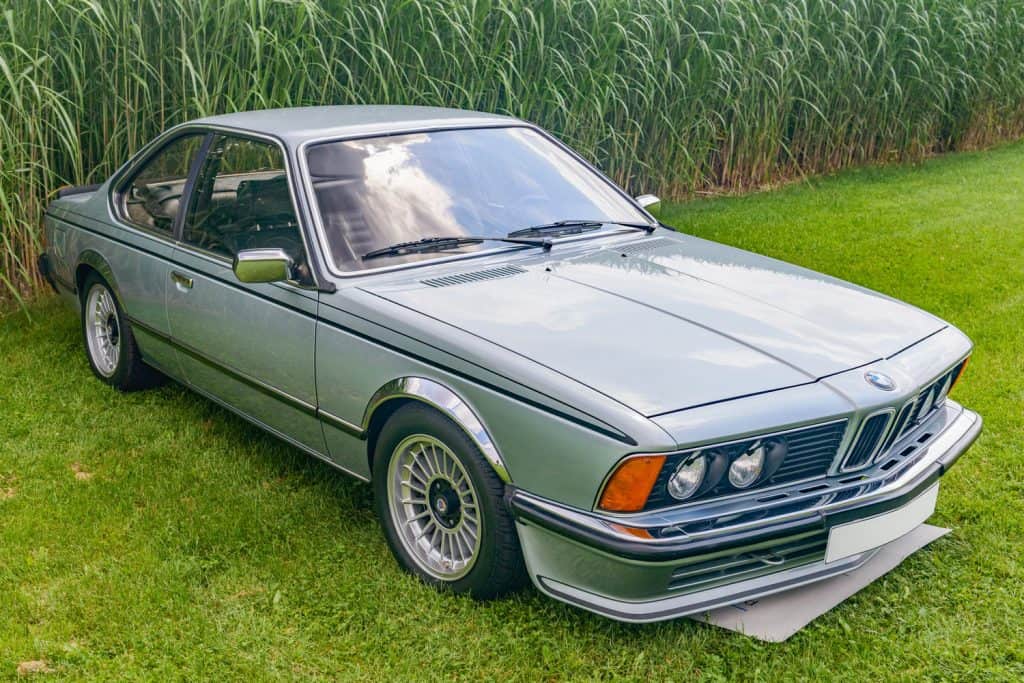 A solid engine makes the BMW a popular choice of vehicle for those who want a luxury vehicle. While the BMW is expensive to maintain and repair, enthusiasts who can afford higher than average costs for parts and labor swear by this make of automobile. The BMW isn't for everyone, but still has fans all over Europe and the United States that highly rate this set of vehicles.

If you found this post on the longevity of the BMW to be helpful, we believe you'll enjoy reading the following posts on luxury vehicles:

How Much Does An Audi SQ8 Weigh