Choosing the best car for your everyday commute can sometimes be challenging. Are you interested in shopping through Lexus but don't know how reliable their vehicles are? How many miles can a Lexus usually last? We will answer these questions and many others throughout this article. With that said, let's begin!

You can expect a Lexus-made vehicle to last around 250,000-300,000 miles. This will depend on how well you care for your car and whether it's in good condition when you purchase it.

To be conservative, it's more likely for your Lexus to last closer to 200,000 miles with normal wear and tear, which is still very impressive.

As we begin, we will cover all things Lexus vehicles and discuss how long the brand's various models will last. Whether you need a new car, have a Lexus, or don't know much about this company, we're here to assist. Now, without further ado, let's explore this topic below! 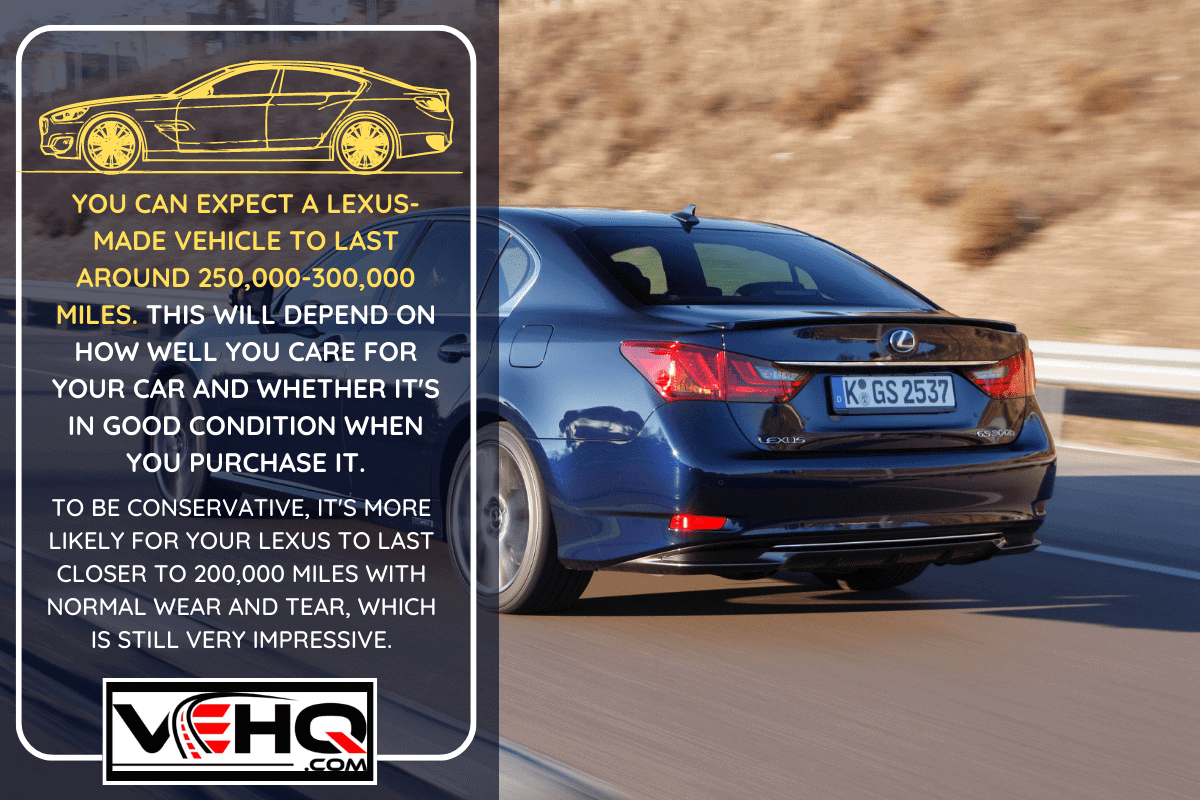 How Many Miles Will A Lexus Typically Last?

It's common to see a Lexus stay on the road for nearly 250,000 miles on average. Again, this will vary depending on how you treat your car and whether you routinely take it to the auto shop for inspections and repairs.

Lexus is known for making reliable, long-lasting vehicles, so regardless of the model you drive, expect to have it for a while. Furthermore, you can expect a Lexus to be on-par with the lifespan of a Toyota, as they have the same parent company.

Think of Lexus as the fancier, more expensive option between the two, all while lasting the same impressive time.

It's also worth mentioning that many Lexus owners see their vehicles last upwards of 300,000 miles, which would equal 30 years on the road (assuming you drive 10,000 miles each year).

Compared to most car brands, which only last around 100,000-150,000 miles, Lexus is clearly a better option for long-term drivers. 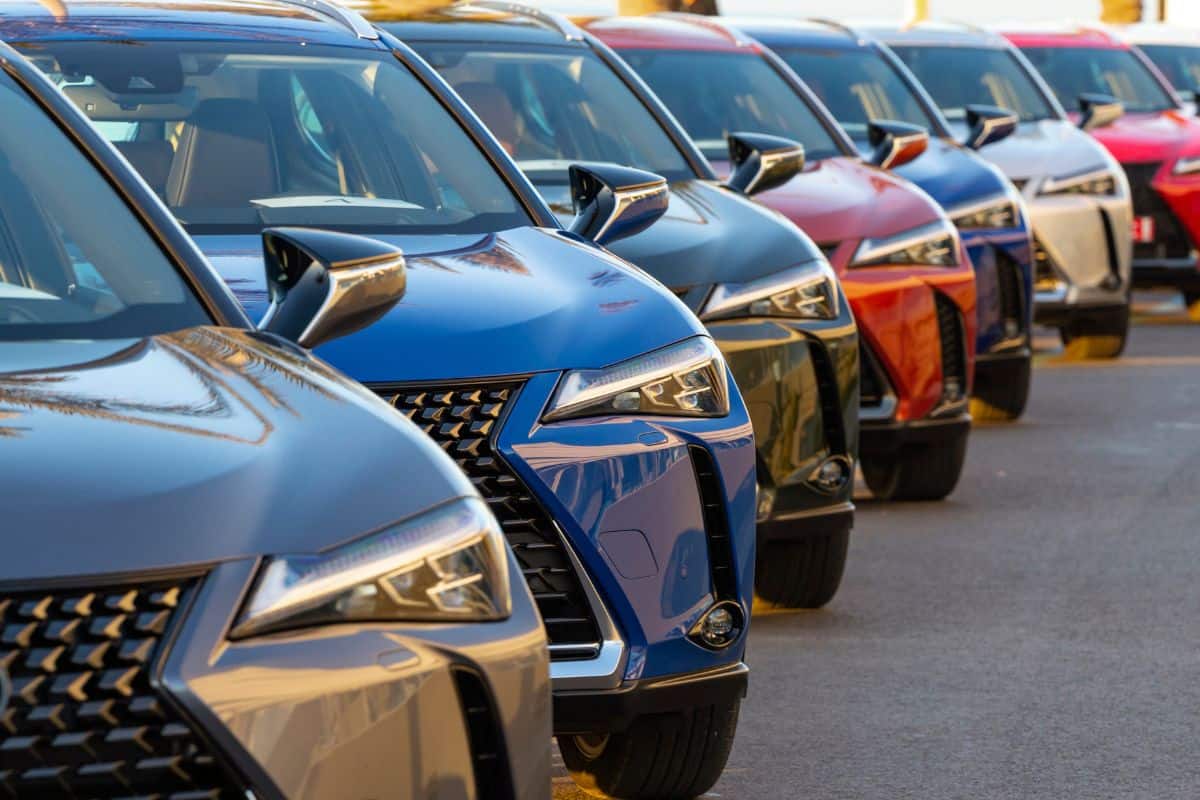 Now, let's dive into some of the popular Lexus models and how long they should last on the road:

You can see how the Lexus LX can last upwards of 500,00o miles, which is crazy to think about. Again, any of these cars will be long-lasting, but the slight mileage differences are interesting.

What Is The Most Reliable Lexus Sedan? 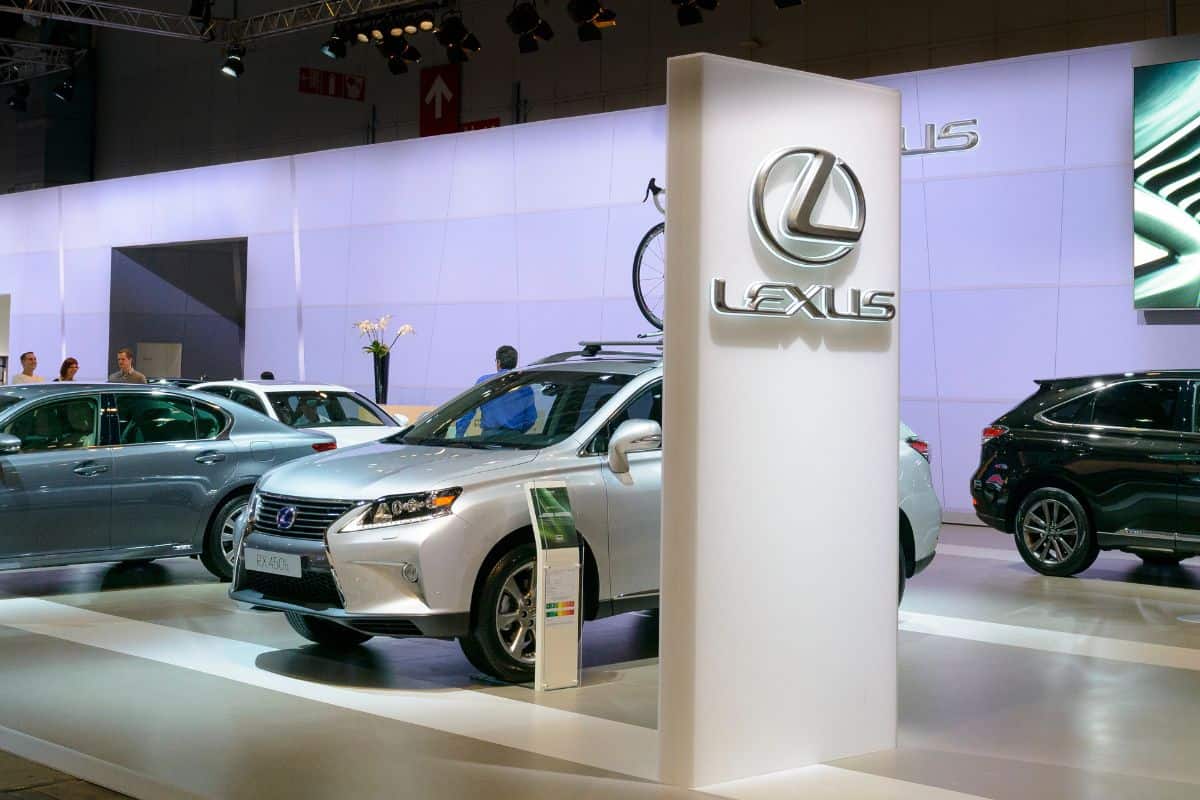 Although Lexus vehicles score high for reliability regardless of model, we recommend the ES for a sedan. Besides being one of the brand's more popular models, the ES has an overall positive history and continues to impress customers.

Since its 1989 debut, the Lexus ES has consistently outperformed its competition and scores highly for reliability, quality, and overall capability.

Another nice thing about the ES model is that it tends to have a high resale value. Considering that Lexus doesn't always resell for much, that's great news for potential customers.

To put things in perspective, the most recent ES release scored an 84 out of 100 for overall reliability, while its predecessor scored an even higher 93.

J.D Power regularly gives this lineup high ratings in all categories, so you know it's the real deal.

This vehicle is more targeted at the North American market, although you can find them throughout Australia, Singapore, and Malaysia.

The ES is also very popular among drivers who want a greener option, as it comes in a few hybrid powertrains.

What Is The Most Reliable Lexus SUV? 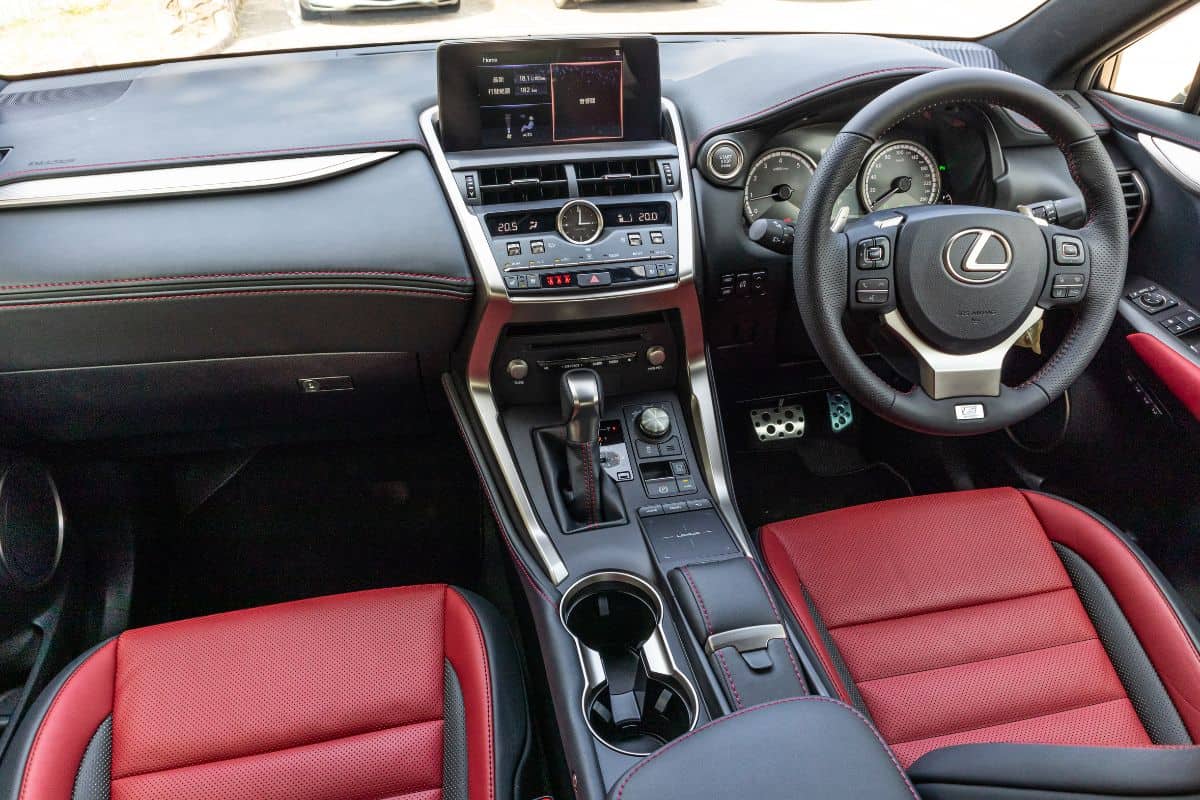 You can usually count on the Lexus RX or NX regarding overall reliability. However, Lexus is known for its SUVs, meaning all of them will impress you.

Again, this all comes down to your upkeep and oil change schedule, so if you're consistent, expect a longer-lasting SUV.

In contrast, the Lexus NX tends to last between 250,000-300,000 miles, which is a bit longer in terms of the shortest potential lifespan.

These SUVs are similar in their look, although the RX is larger and more expensive than the NX lineup. Again, these are both luxury vehicles, so you'll undoubtedly have a good experience with both options.

What Lexus Model Lasts The Longest?

For those wanting the "longest" lasting Lexus model, we recommend either the RX, NX or LX. As we covered earlier, it's common to see any Lexus vehicle drive for nearly 250,000 miles on average, but some models stand out more than others.

Generally, Lexus' SUVs run longer than sedans, although this all depends on their maintenance. The RX is not only the most popular Lexus model but has also remained on the road for decades.

The Lexus LX is their largest SUV option and can also drive up to 500,000 miles, which is very impressive. This vehicle is also rated well for safety, quality, and reliability, so we recommend it.

Furthermore, the Lexus NX is a bit cheaper than the other two and can still run for around 250,000 miles on average. So, this comes down more to your size/price preference.

According to Consumer Reports, Lexus vehicles recently took the title of 'Most Reliable Brand,' so they certainly have a lot to brag about.

Lexus could be the perfect brand if you want something that will last longer, drive well, and be safe.

Are Lexus Vehicles Expensive To Maintain? 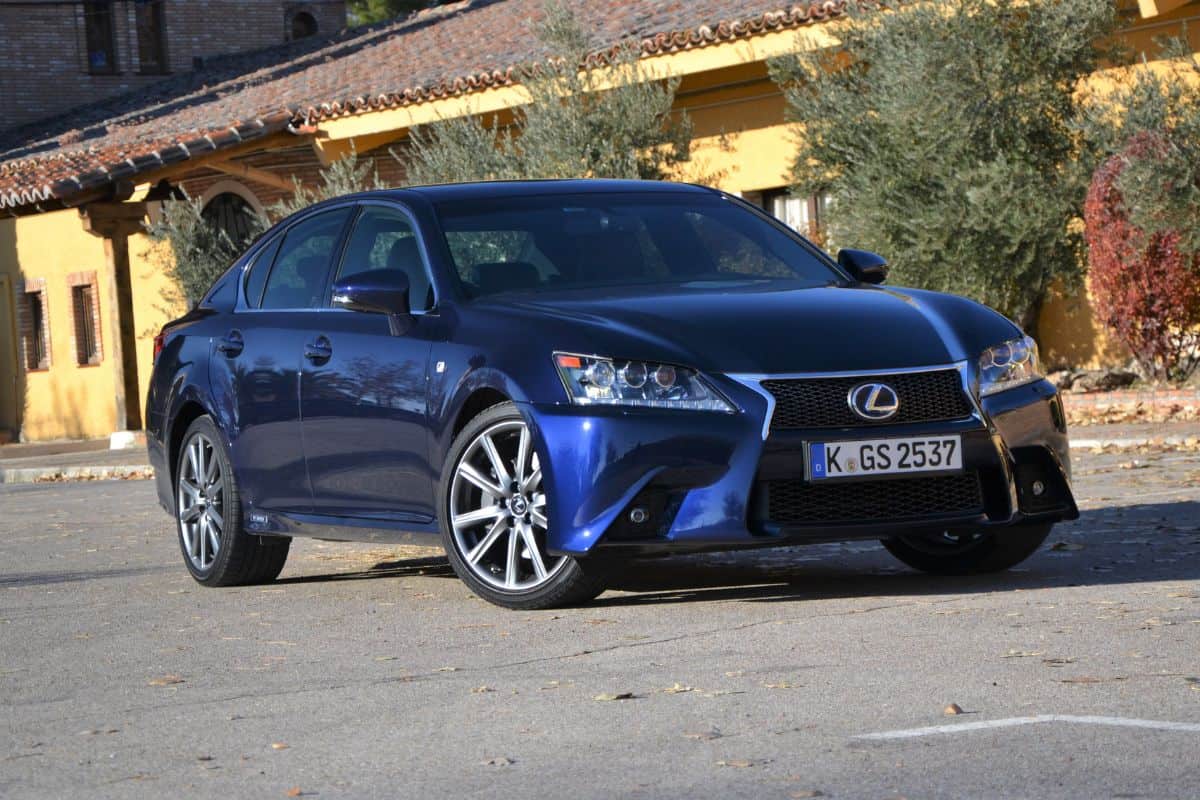 Surprisingly, Lexus vehicles are not too expensive to repair and maintain. As we said earlier, Lexus is Toyota's luxury line, meaning they use many of the same parts/practices.

That helps bring down the cost to repair a Lexus, as you're essentially working through a Toyota manufacturer to get new parts.

You can generally expect to spend $550 annually to maintain a Lexus, so this is very affordable for a luxury lineup. Again, Lexus prides itself on quality, so hopefully, you won't need to spend $500.

With that said, your Lexus will require more frequent upkeep as it ages, and you rack up more mileage, so expect a bit of a price hike after a few years on the road.

Lexus claims that most of their vehicles only require around $7,000 of total maintenance over ten years, quoting other luxury brands, like BMW, as having costs around $17,800.

Considering that's a $10,000 difference, Lexus looks like a better long-term option from an expense perspective.

Is Lexus Cheaper To Maintain Than BMW?

Yes! Maintaining and repairing a Lexus will generally be more affordable than a BMW. Since BMW requires specific parts, often coming from overseas, your maintenance costs will be higher.

On the other hand, Lexus has many parts in the United States and works through Toyota, hence the cheaper pricing.

Generally, car brands with cheaper counterparts in the market are less expensive to maintain and care for, even if they're considered "luxury."

It's also worth noting that BMW vehicles don't rank very highly for reliability versus Lexus, meaning you'll need to fix them more frequently.

Toyota is the owner of all Lexus vehicles. However, the two brands have separate headquarters and don't use the same manufacturing plants for the most part.

It's a common misconception that Lexus cars are made alongside Toyotas. This is entirely untrue. In contrast, Lexus runs very differently than Toyota and has its own factories and production methods.

According to Lexus, the brand "operates independently from the Toyota Motor Corporation," so you aren't buying a fancy Toyota if you choose Lexus.

On the other hand, Lexus uses Toyota parts and can sometimes be serviced by them. It's also interesting that Toyota and Lexus use virtually the same engines, except they're rebranded for the Lexus lineup.

Lexus vehicles typically use one of three engines: a four-cylinder, a V6, or a V8. According to Survival Freedom, the Lexus ES and the Toyota Avalon have the same 3.5Ltr V6 engine, which may be shocking to some.

So in many ways, Toyota and Lexus are similar, while in many others, they are very different. 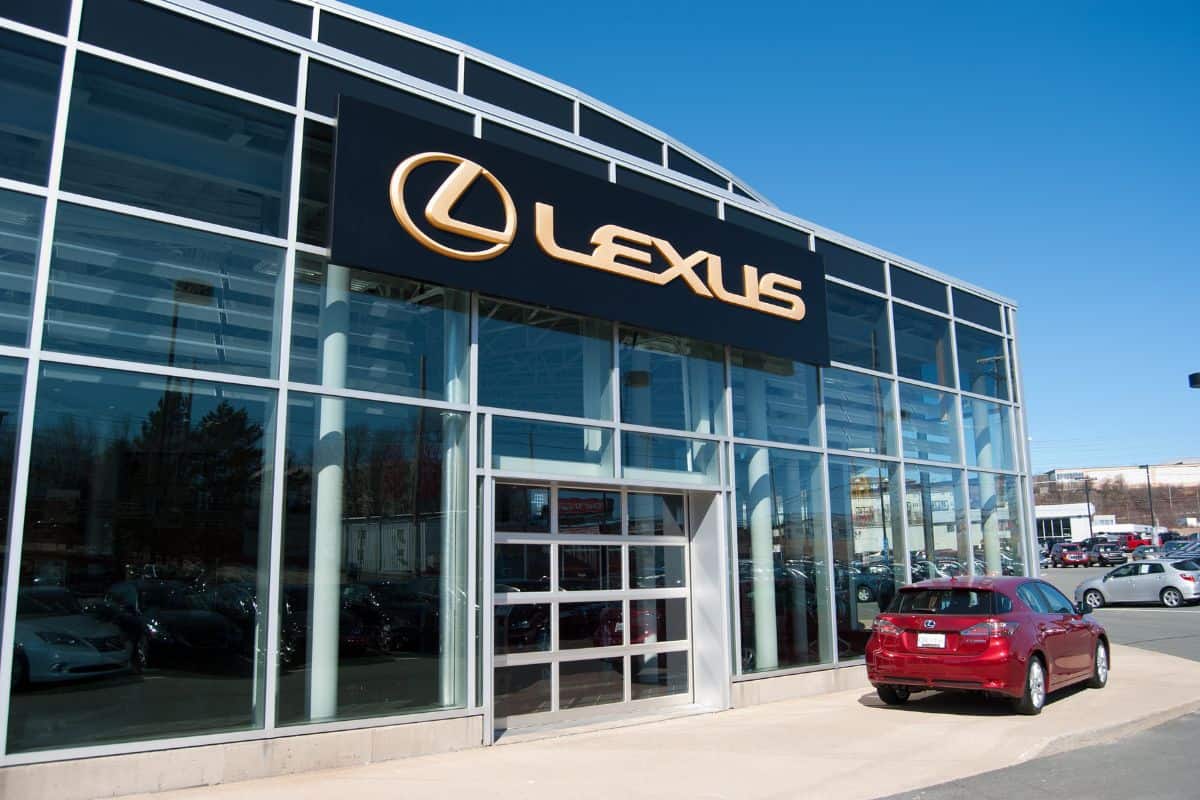 Although some believe the two brands last the same amount, Lexus vehicles tend to outlast their Toyota counterparts. Considering that Lexus is a fancier brand, you can expect better quality from them.

You also want to consider the scoring for these brands. As we stated, Lexus consistently performs at the top of its class among independent studies and customer surveys, which isn't always the case for Toyota.

According to CoPilot Search, Toyota, Honda, Ford, and Chevrolet are some of the best-scoring brands for reliability, but Lexus still tends to outperform them.

So, between the two brands, we think Lexus will last longer and perform better overall.

Whether you own a Lexus or want to, it's always good to know one's lifespan. From what we found, a Lexus should drive for nearly 250,000 miles on average, although many models tend to last longer than 300,000.

Specifically, the brand's SUVs have a high-reliability score and can last upwards of 300,000-500,000 miles with proper maintenance and good driving habits, which is incredible.

It's also worth mentioning that even though Toyota owns Lexus, the two brands are unique and operate very differently. Lexus is a luxury car company and will undoubtedly impress you.

Made it to the end? Check out these helpful related car articles below!

Lexus Vibration When Accelerating - What To Do?