You can bypass the fuel rail pressure sensor by connecting an LED test light to the sensor's signal wire to add resistance. Connect the alligator clip to the ground, and touch the signal wire with the test light probe.

The test light should illuminate, indicating that you've established resistance. This trick can be used whenever you get an error code indicating that the sensor's input value is high.

Learning how to bypass the fuel rail pressure sensor is important, especially if you are on a long drive and you're stuck with a check engine light. This is an easy and temporary fix if you don't want your fuel to run out sooner than expected. Keep reading to learn more! 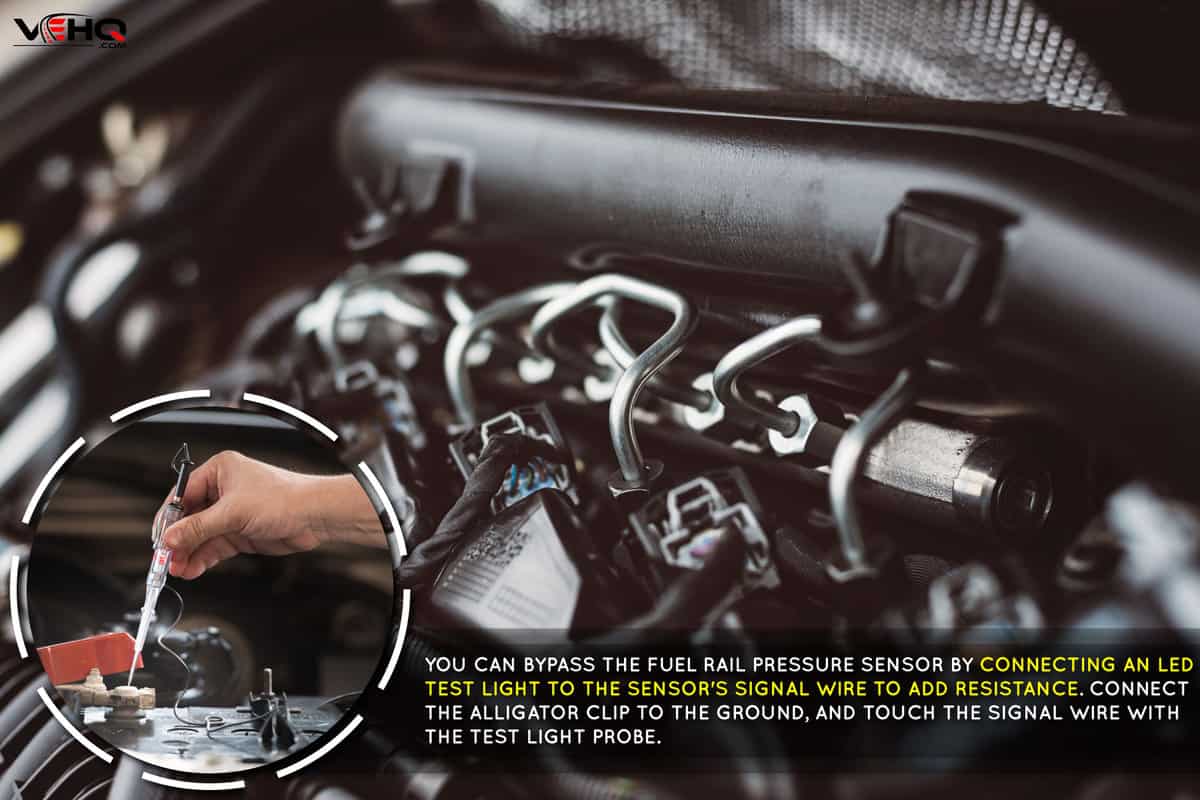 Fuel rail pressure sensors are basically devices that protect your engine from getting too much fuel. They are designed to deliver a specific quantity of fuel under a specific pressure for a specified period of time.

In addition, fuel rail pressure sensors detect pressure spikes and pressure drops in the fuel system. These spikes and drops occur when the car speeds up, takes corners, and brakes. In other words, they detect changes in the fuel pressure and send a signal to the ECU in a form of voltage.

This signal is then executed as an instruction to the engine’s fuel injection system to inject the correct amount of fuel pressure.

This ensures that your vehicle starts easily and smoothly and runs with minimum emissions. However, in certain conditions, they could malfunction and give false readings.

If the sensor fails, it will send false data to the ECU, and this will lead to inaccurate fuel delivery and a loss in performance.

How Do You Know If A Fuel Rail Pressure Sensor Is Giving You False Readings? 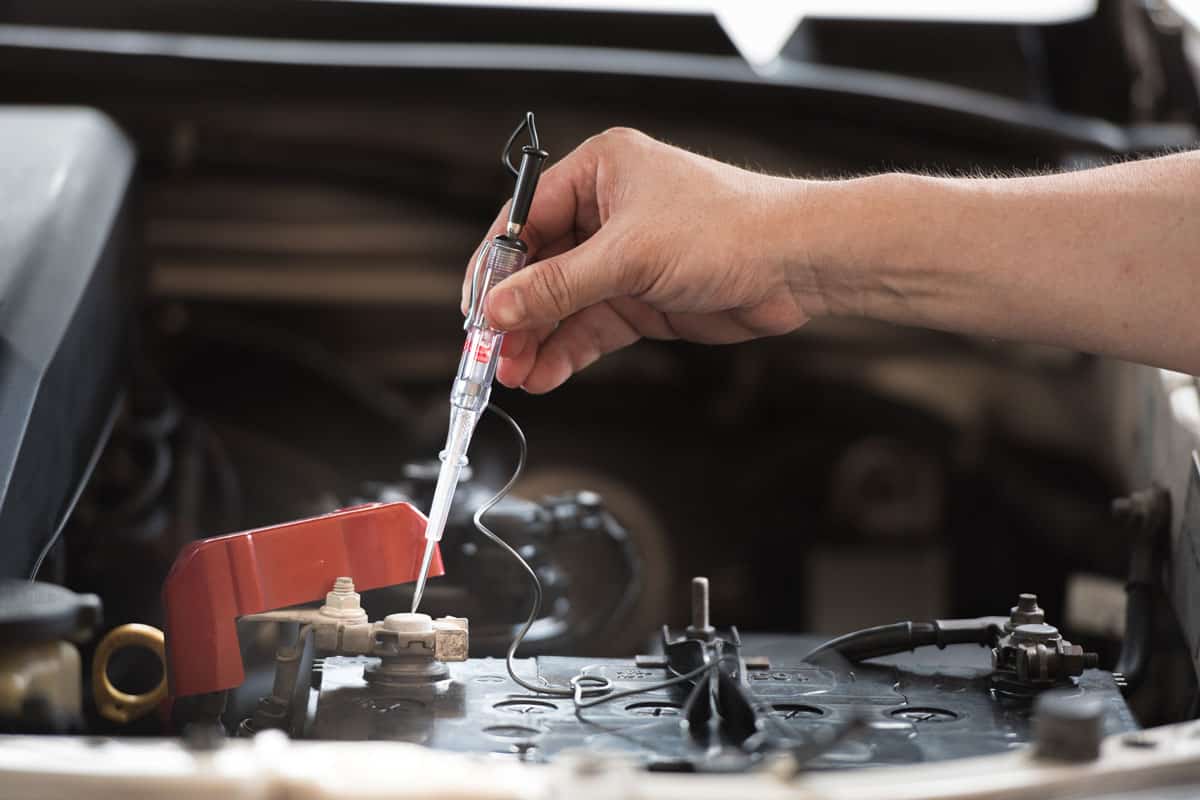 You will know if your car's fuel rail pressure sensor is giving you false readings if your car seems to be running fine in terms of combustion but you see the check engine light coming on.

If the fuel pump is working fine but you are getting an error code indicating a problem with your fuel pressure, it is most likely not a fuel pump problem. The only way to know for sure is to check the wiring of your fuel rail sensor and inspect each of them using a multimeter.

You'll know if you have a bad signal wire if the multimeter reads 5 volts (engine off, key on). A good signal wire should give you a result somewhere between the acceptable range of 1.5 volts to 1.8 volts.

Why Is It Important To Add Resistance To An Open Or Shorted Circuit? 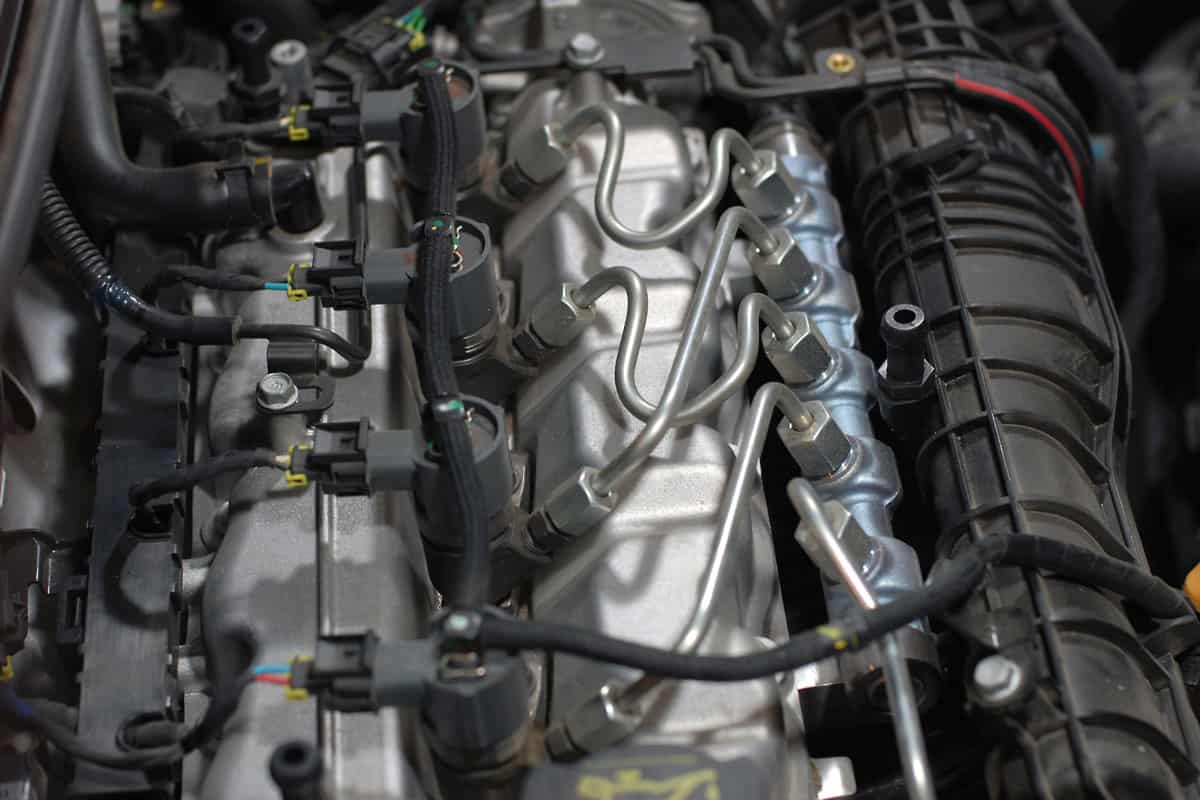 Adding resistance to an open wire means that the amount of current through it will be reduced, or a voltage drop will occur. Resistance can be created by using a device or anything that impedes the flow of electricity. In this case, an LED test light.

For example, if you remove the fuse of your car's cigarette lighter, you've just removed its resistance which would have restricted the amount of current that flows in the lighter. The same thing also applies to a shorted signal wire of a fuel rail pressure sensor.

By connecting an LED test light to the fuel rail pressure sensor's signal wire, you'll see that the current flowing in the wire will be reduced, and there will be a voltage drop in the wire.

The benefit of adding resistance to an open wire is that it allows voltage to stabilize and fall within the acceptable range without having to reduce power to the wire.

The following video shows how to diagnose and add resistance to bypass a fuel rail pressure sensor:

What Should The Ideal Fuel Pressure Be?

Fuel rail pressure is measured in psi and is a standard measurement of fuel pressure. It is highly recommended for vehicles to have a psi between 5 and 10.

Is It Safe To Drive A Car Without A Fuel Rail Pressure Sensor? 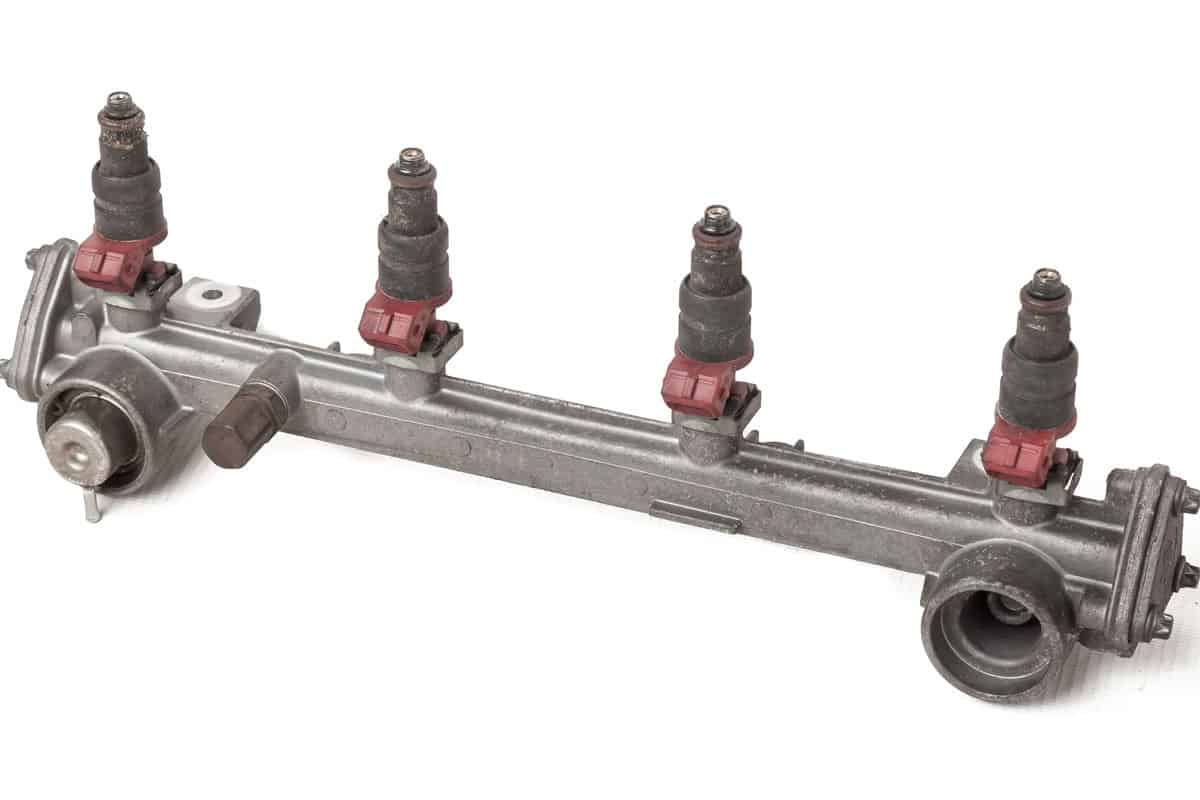 A car with a fuel injection system may run without the sensor if it is being driven for a short period of time. However, if it runs without a sensor for more than a week, then it can show symptoms that include:

Driving a car with a faulty fuel rail sensor can be dangerous and potentially fatal to your engine if you do so long term. It is important to keep track of how many miles you drive your vehicle. Make sure you have the problem checked out before it gets out of hand.

Can Fuel Injectors Be Damaged By High Fuel Pressure?

Diesel fuel injection systems should not be operated beyond the recommended limits. If the fuel pressure is too high, it can damage the injectors. 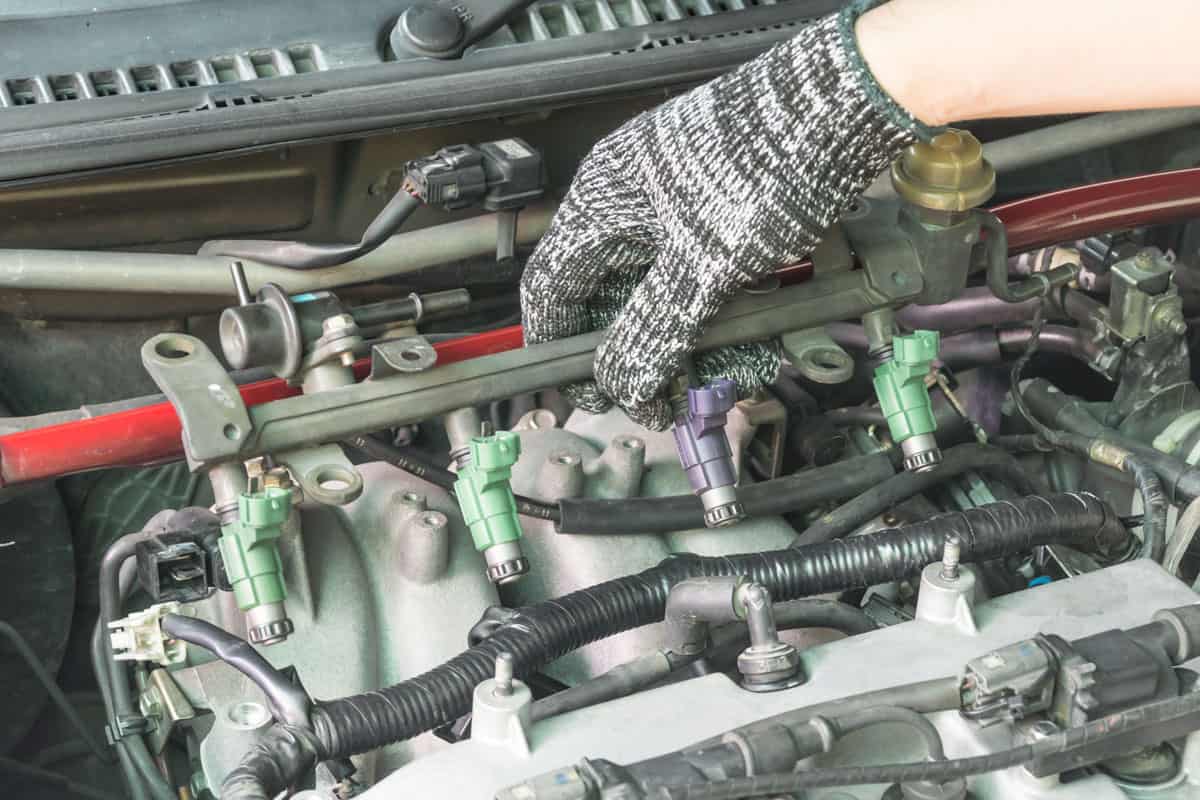 Can Low Fuel Pressure Be Caused By A Clogged Fuel Filter?

Your fuel filter is designed to keep dirt and debris from entering the engine. But sometimes, things can get stuck in the filter. If that happens, the filter will eventually get clogged, which can cause low fuel pressure on the fuel pump. But what causes the fuel filter to clog?

There are several possible reasons, including the wrong size filter, dirty filter media, and contaminants in the fuel line. Always replace the fuel filter after every two years or 30,000 miles (whichever comes first).

Other Factors That May Contribute To The Reduction Of Fuel Pressure

Other reasons include a broken or clogged fuel line, a damaged fuel pump, or a clogged fuel filter. Fuel lines can be tricky. Look for signs of damage like a cracked, torn, or split hose. Be sure to always check for any leaks before turning on the engine. 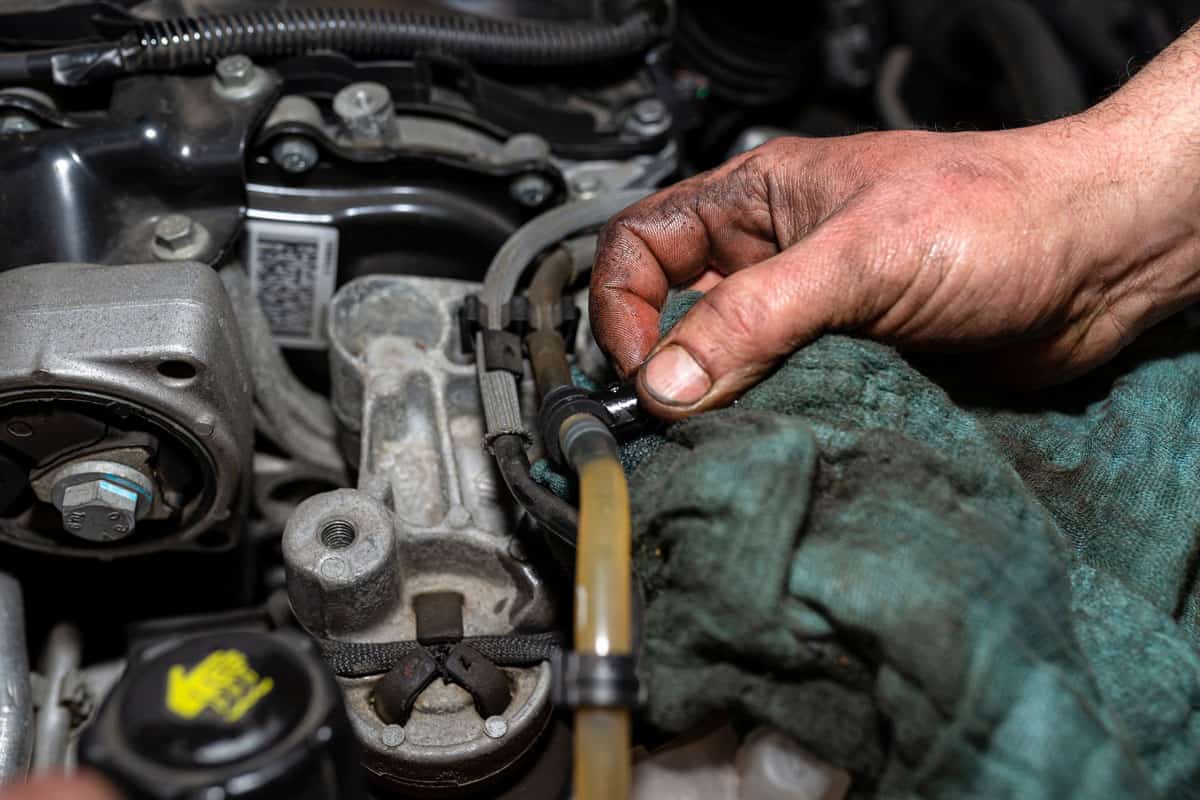 What Are The Telltale Signs Of Having Too Much Air In The Fuel Line?

Air getting into the fuel line can lead to poor performance, stalling, and ultimately, engine failure. Sometimes, it can be difficult to tell whether you have air in the fuel line. It could be you're just running low on gas!

However, there are several signs that you may have air in the fuel line. Knowing what these signs are can help you catch them before things get out of control. Here are the most common ones:

How To Bleed Air Out Of Your Fuel Line

It's inevitable that some air will get into the fuel line which then affects the amount of fuel injected into the engine. That's why it's crucial to purge the system of air before starting the engine.

This can be accomplished by turning the ignition on, but instead of starting the engine, you immediately turn it back off. This enables the fuel pump to push the air back into the fuel tank.

However, if the air in your fuel line is severe, you can use a fuel bleed tool to pump it out. Simply connect the fuel bleed tool between the fuel filter and the fuel line and start pumping the inflation bulb until you feel it getting hard.

This should tell you that most of the air is already being pushed out. Reconnect the fuel line and start the engine. The video below demonstrates the process: 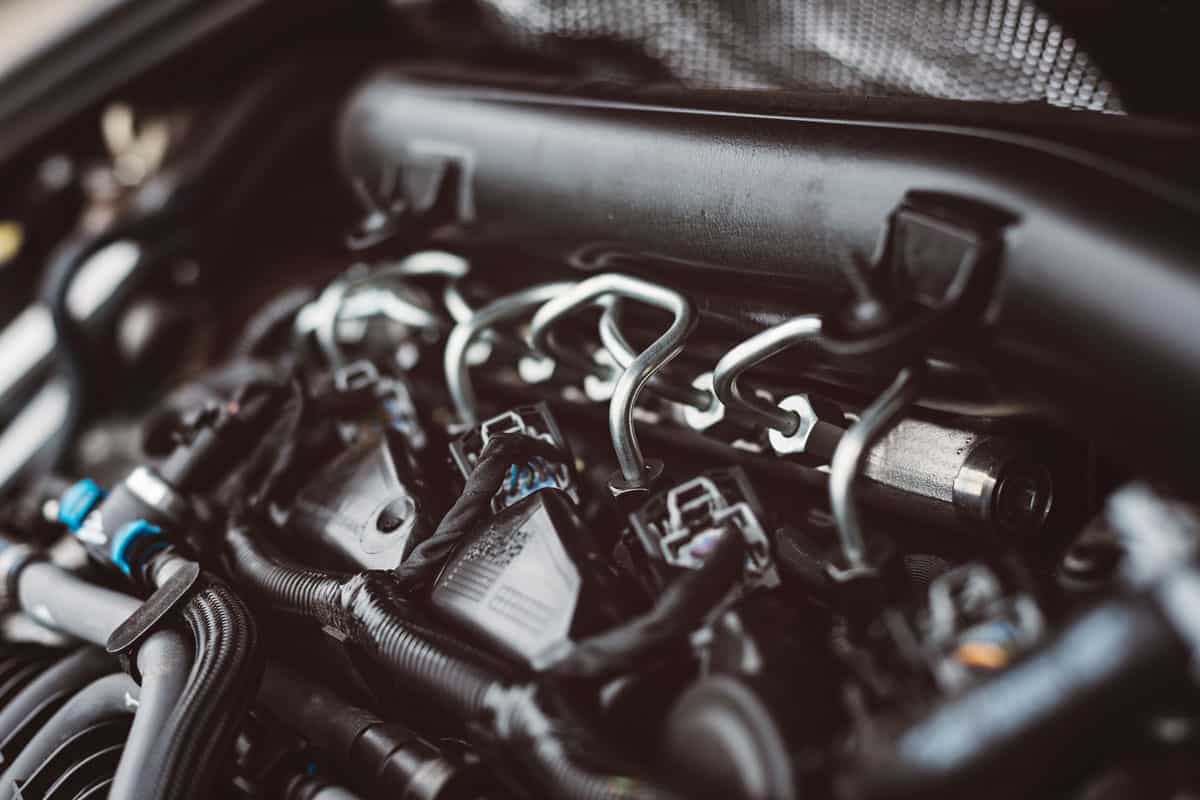 The next time you see a check engine light in your car and it's telling you it has something to do with the fuel rail pressure sensor giving high input, try to bypass the pressure sensor by inserting a LED test light into its signal wire.

It may not be as effective as replacing the sensor itself, but you can use it as a temporary solution. The technique has worked for some people on their cars, and there's no reason why this trick won't work on yours too!

Backup Sensors Not Working—What Could Be Wrong?