Are you charging your car battery, but the battery charger keeps blowing its fuse? Do you want to know why it is behaving this way? You’ve come to the right place because we have researched this question, and we have the answer for you.

How do car battery chargers work?

When batteries run out of charge—or become too weak to start our internal combustion car—we need to charge it once more. Thus, chargers have become as common as the batteries that we use every day. 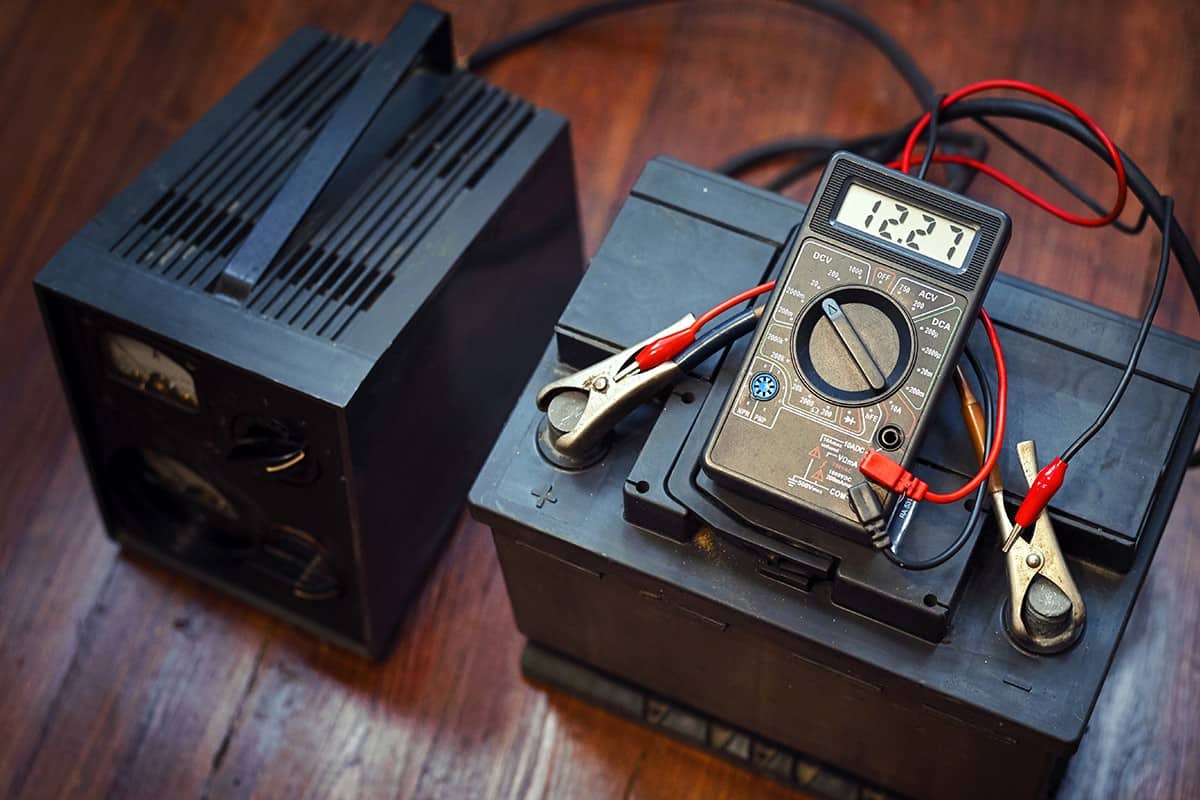 However, once your battery's electrolyte runs out of charge, you will need to recharge it.

The electrolyte is the part of a battery that supplies the transport mechanism for ions to travel between the cathode and the anode of the battery. Car batteries often have liquid electrolytes that contain dissolved salts.

A battery charger is often a device that provides constant voltage or current. This reverses the chemical reactions inside the battery that provides electrical charge.

Cheap battery chargers provide your car battery with a constant amount of energy. However, if you forget about the charger, you’ll end up overcharging your battery. Consequently, if you take your battery off too soon, the charger will undercharge your battery.

Overcharging is worse than undercharging.

Suppose a battery continues to receive electrical energy after it reaches its maximum capacity. In that case, it will need a way to get rid of the excess that it cannot store.

What happens during overcharging is that the excess electrical energy turns into heat. This happens because you cannot destroy energy, you can only convert it.

Thus, the battery converts the excess electrical energy that it keeps getting into heat energy.

However, the build-up of heat also increases the pressure inside the battery. Heat causes materials to expand. And in an enclosure that keeps the contents of the battery, an expansion of its contents will cause internal pressure to build up.

However, overcharging and undercharging will decrease the service life of a battery.

Why does the battery charger keep blowing a fuse? 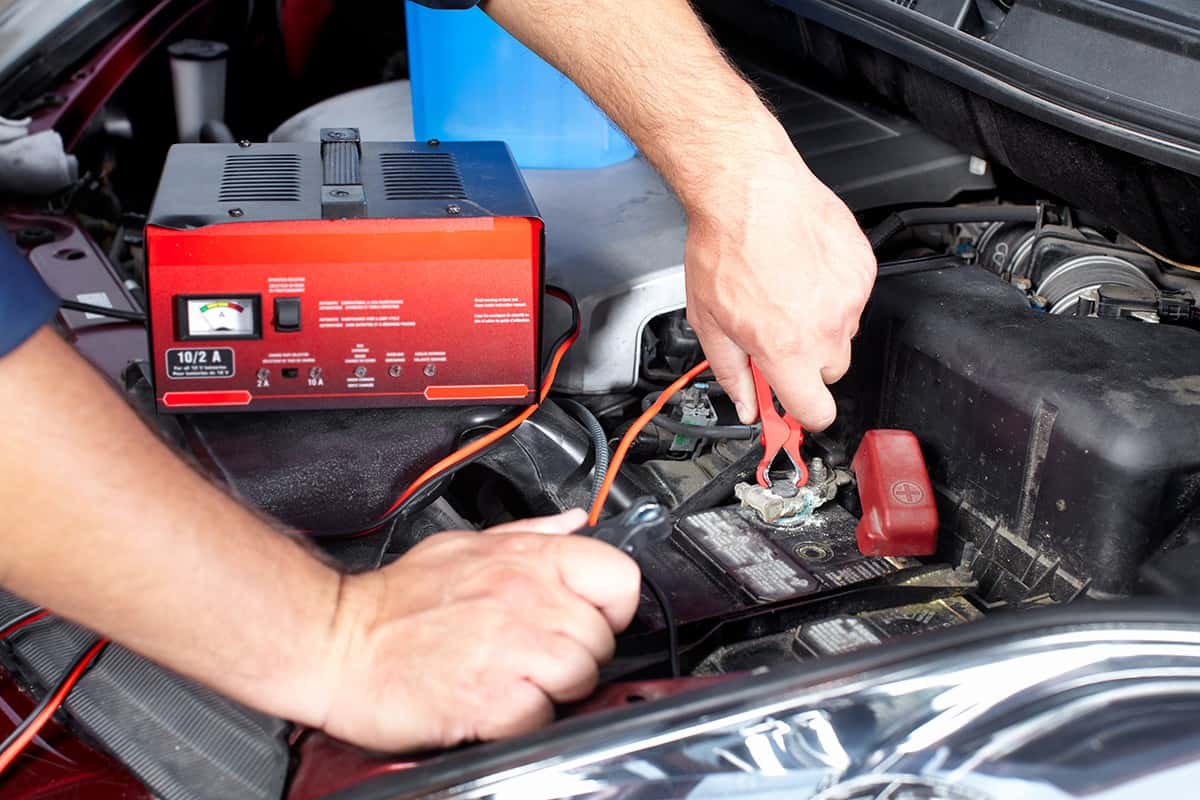 When you pack your suitcase, it is so much easier to put things in when it is still empty. However, as the suitcase starts to fill up, you start to slow down. You reach your slowest point when the suitcase is almost full.

The same thing happens to a car battery when it charges.

To prevent this, make sure the car battery is not too low on charge before connecting it to your charger. You can connect it to your car and let the alternator charge it for at least half an hour to an hour. 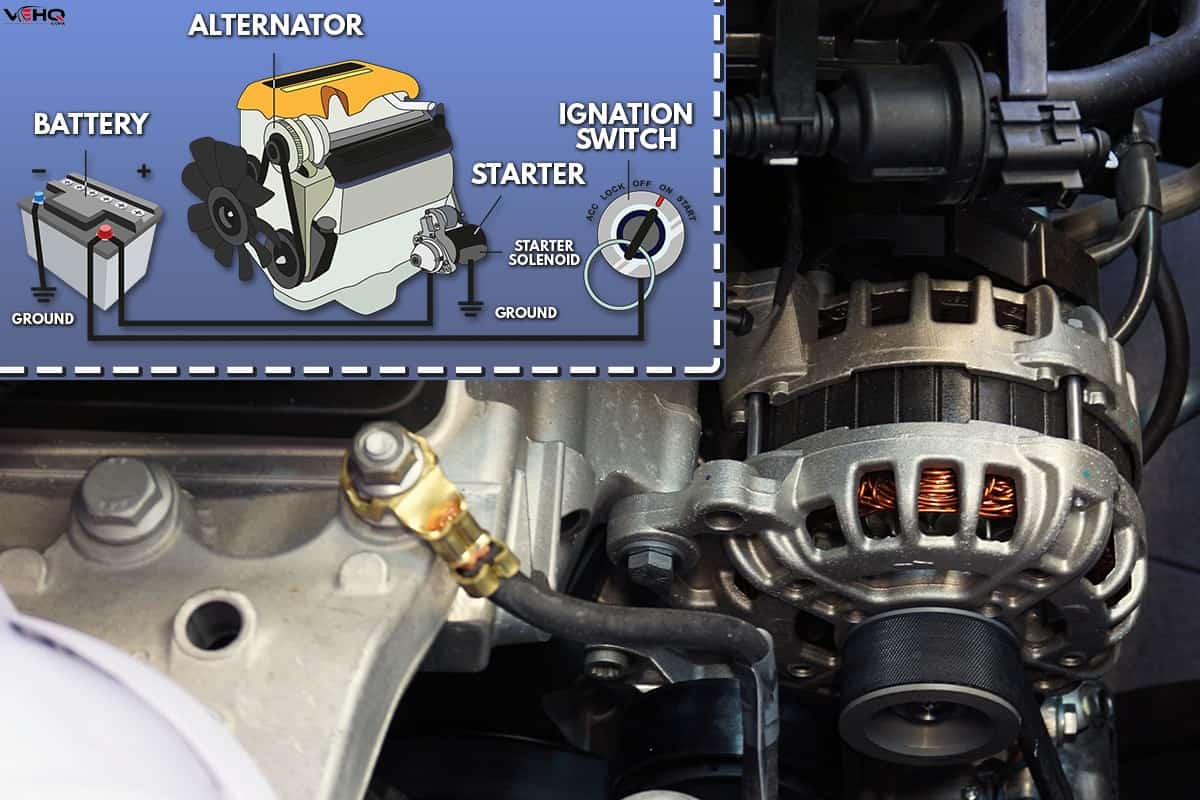 Modern cars with internal combustion engines use a powerful battery to start the engine. Once the engine starts to run, the alternator takes over, supplying the electrical energy that the car needs. At this point, the car battery takes a back seat as the alternator charges it.

In older cars, a dynamo charges the car battery.

The alternator has a stator—a set of copper coils. This coil winds around an external frame. Inside this frame is a rotor.

The rotor of your alternator is a kind of electromagnet. It receives a small amount of electricity through carbon or copper-carbon brushes that touch a pair of revolving slip rings on its shaft.

The rotation of the electromagnet inside the stator creates electricity. 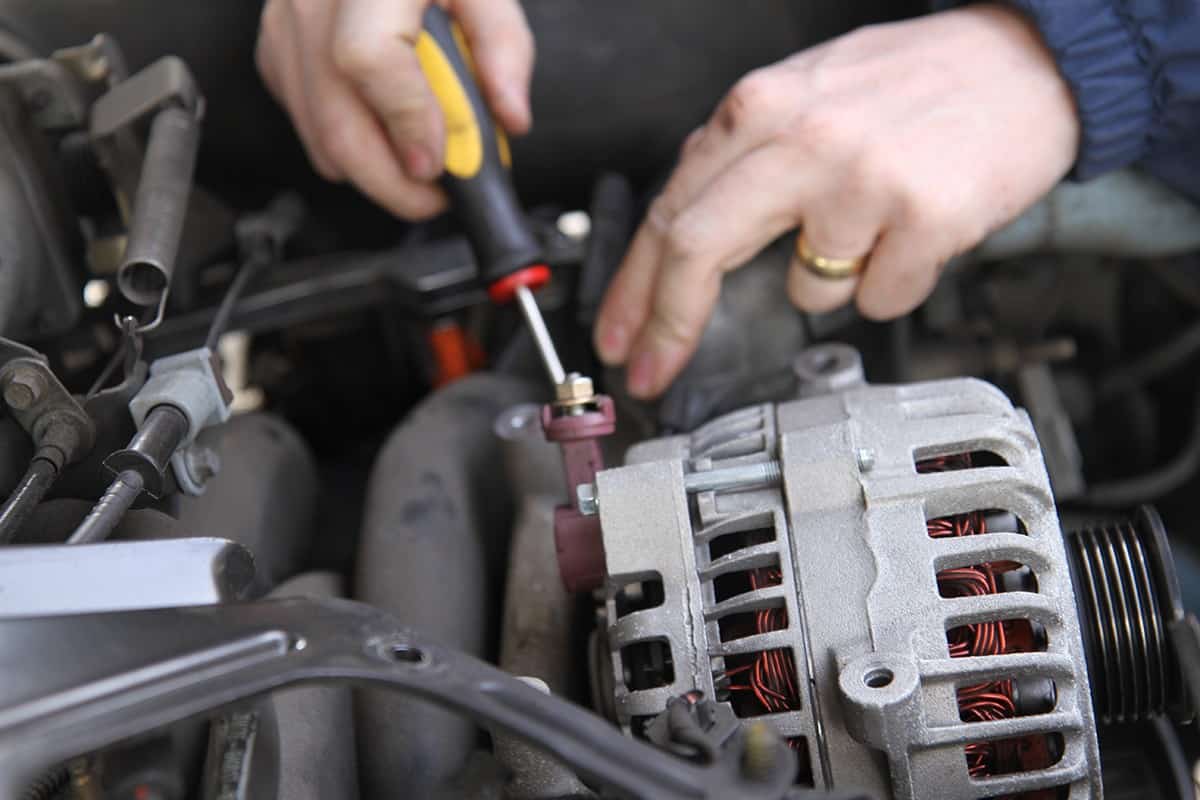 While this is not really a reason for blowing a fuse on your charger, this is something that you need to check if you constantly need to charge your car battery outside of your car.

An alternator is responsible for charging the car battery while your car is running. If the battery does not charge while you drive your car, then you will need to check the alternator.

Replace a faulty alternator so that you don’t need to rely on a battery charger to charge your car’s battery. 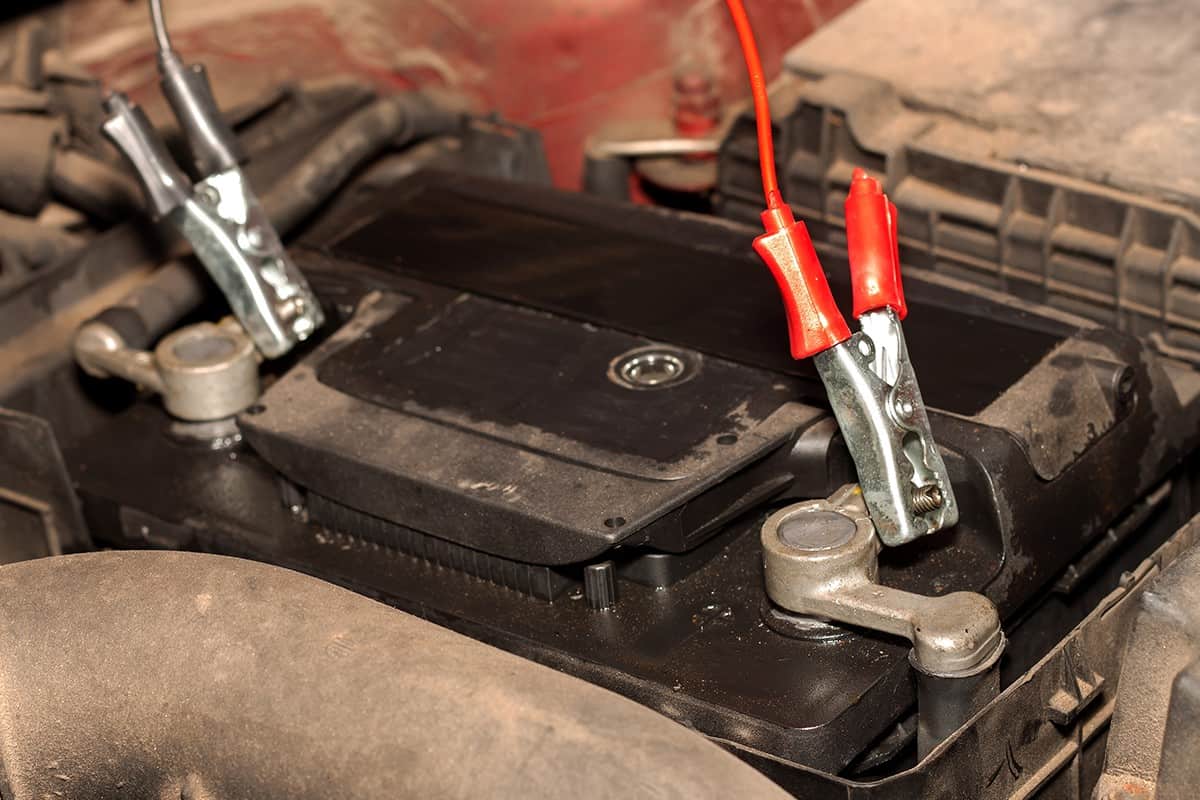 Sulfation happens in a lead-acid car battery when it is left with less than a full charge.

However, if you let your car battery have less than a full charge for extended periods, the crystals turn into hard deposits. This is hard sulfation, and you cannot remove it anymore.

The battery’s capacity drops as the crystal deposits cover the battery's plates. At this stage, the battery can draw too much current to try and charge itself, and this can blow a fuse on your charger. Moreover, a battery’s faulty plates can also cause the fuse to blow.

In this situation, you can try to connect the weak battery to a full battery overnight, like you’re jump-starting the other battery. This workaround will give you two weakly-charged batteries. Try to charge both batteries on your charger afterward.

If you get the same issue from the same battery, you need to replace that battery. 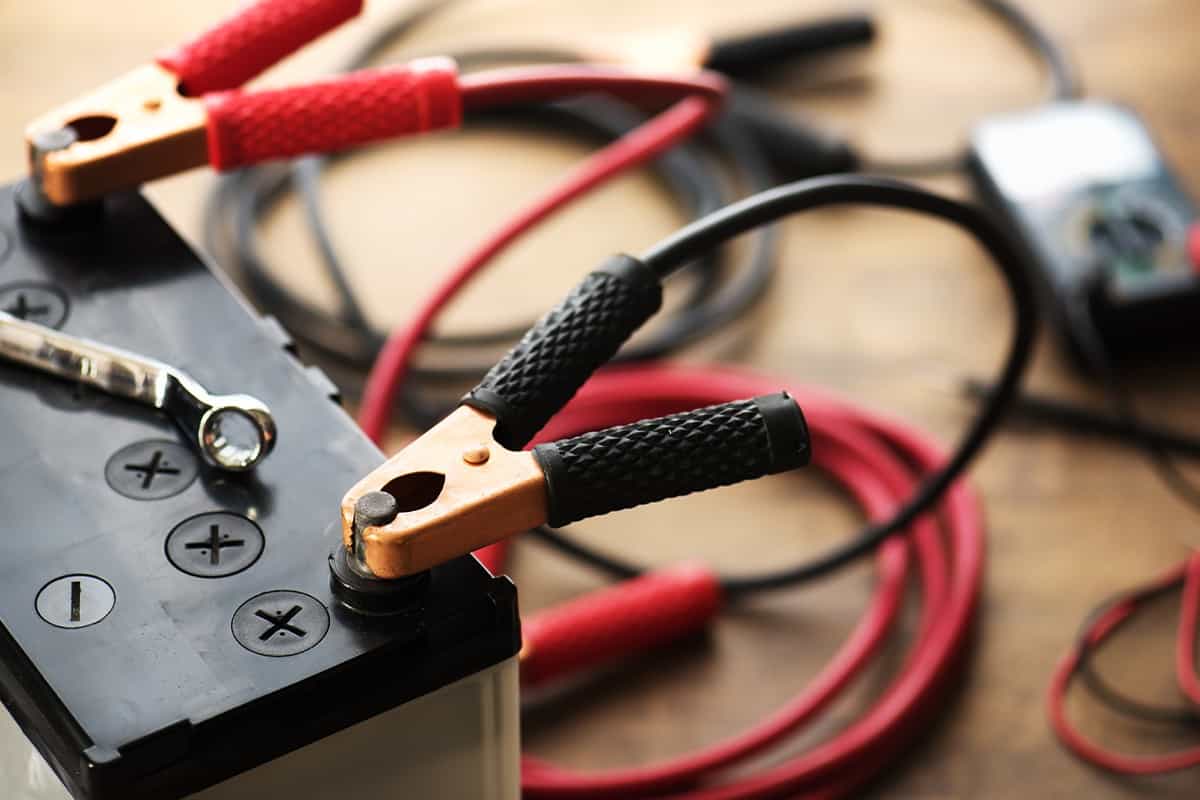 Most battery chargers have their own cables. If these cables are no longer in their best condition, then they can cause your battery charger to blow a fuse.

Moreover, failing cables can prevent the battery charger from getting the amount of current that it needs. This can cause the battery to draw too much current, which can be more than what the charger can supply. Drawing too much current will lead to a blown fuse.

You can try to use jump start cables instead of the old cables in your battery charger to eliminate the possibility of bad cables.

Energizer Jumper Cables is available on Amazon through this link.

Rectifiers are responsible for converting an AC current into a DC current that the battery can use.

If the rectifier diode inside the battery charger fails, it will no longer be able to do its function. When you try to charge your car battery, the charger will not be able to supply the current that the battery needs and will blow a fuse to protect the charger.

Replacing the failing rectifier will fix this issue. However, when the rectifier goes bad, it is safe to expect that there are other components inside the battery charger that need replacement too. Thus, in most cases, when you get a bad rectifier inside your battery charger, it is best to replace the whole charger instead of trying to fix it.

There are very few reasons why the fuse on your battery charger would blow. Check the possible reasons one by one to resolve the problem.

Why Does My Schumacher Battery Charger Turn On And Off Repeatedly?

How To Get Chrysler Pacifica In Neutral With Dead Battery?