Have you ever been trying to close your truck's tailgate, but it just won't budge? Luckily, we've found a solution that will prevent this annoying situation from ruining your day.

There are 3 common causes why your truck's tailgate keeps opening:

1. Debris or an object is obstructing the tailgate from closing.

A tailgate is one of those things you never really think about until it fails, and it's too late to do anything about it. Keep reading to learn why it's important to know your tailgate's weaknesses to save money on repairs in the long run. 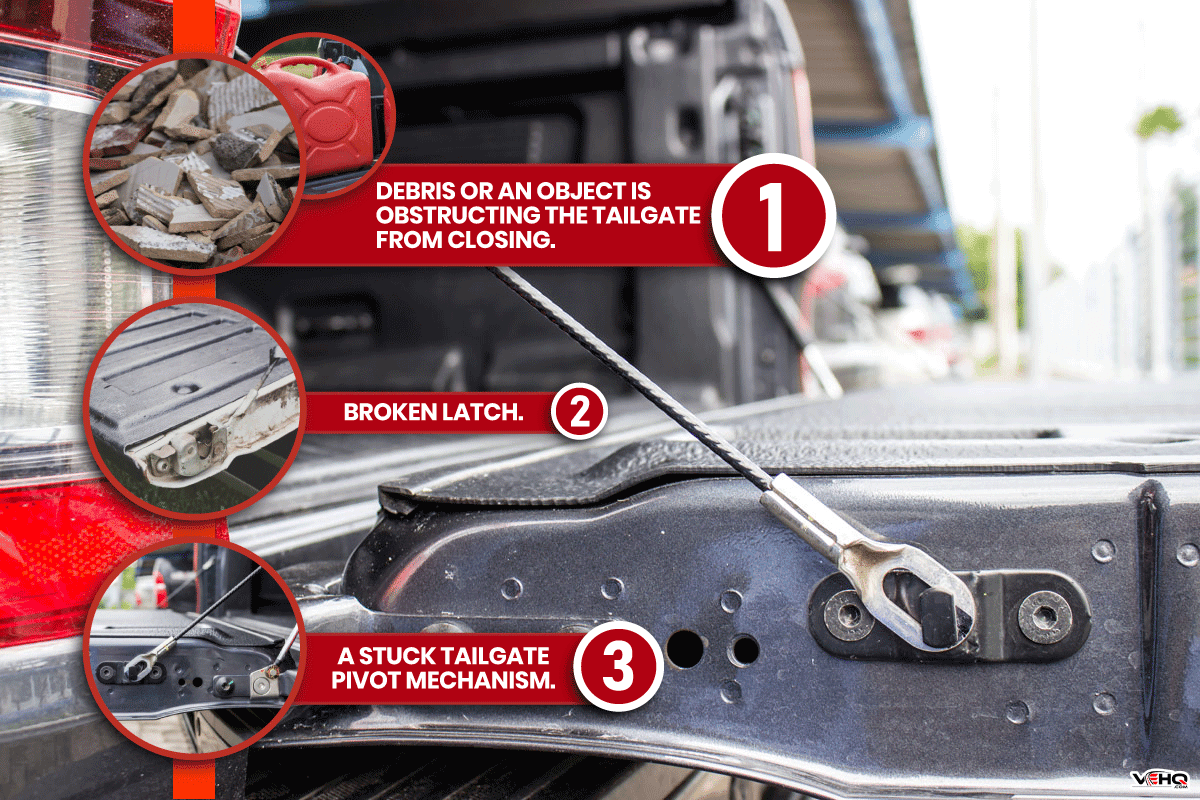 There are several reasons why a tailgate keeps opening, but it's important to note that most are easy to fix and will cost you little or nothing. On the other hand, a tailgate that keeps opening might mean it's time to replace the tailgate handle. But before you start looking for a replacement, check the following things first: 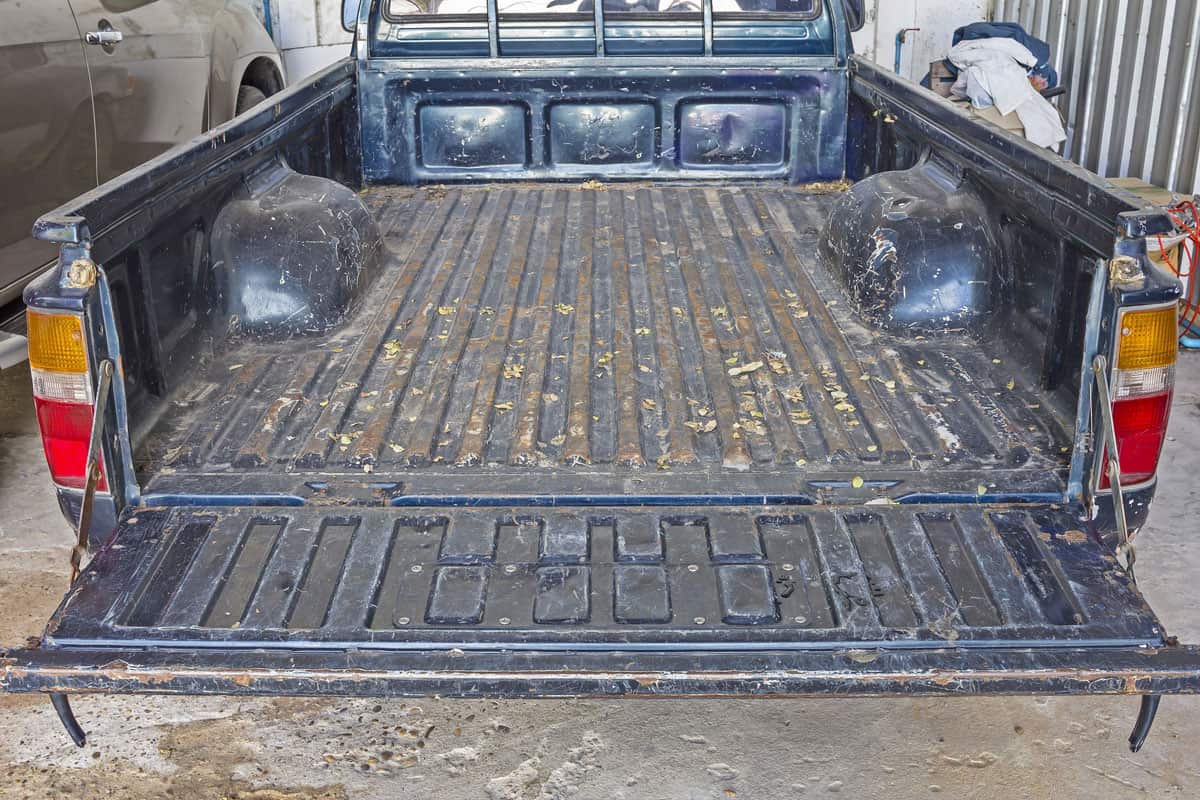 Something is getting in the way

Your truck's tailgate will usually close by itself with minimum effort, but you may still find that it doesn't close perfectly. If you have trouble closing the tailgate, there is likely something getting in the way.

Checking to make sure there isn't anything underneath the tailgate catching on the frame. This will help determine whether the cause is something you can remove or fix, or if it needs to be replaced.

If you're noticing the tailgate doesn't close completely or you have a creaking sound coming from the tailgate, then it's possible there is something interfering with the proper operation of the tailgate, most likely corrosion.

Tailgate latches are often  weak points in a truck. Over time, the mechanism gets worn out or gets clogged, which creates the potential for a malfunction. Tailgate latches are always exposed to the elements and because of this, they develop rust faster than other parts on the truck.

Over time, the rust will wear away at the metal. Rust will cause the metal to corrode, which causes the metal to break away from the other metal parts. This is a natural occurrence that happens with vehicle components, but some vehicles and their components such as tailgate latches have more opportunity to experience this than others.

A tailgate latch can also be broken by habitual slamming of the tailgate. If a tailgate is slammed with tremendous force each and every time you close it, it can cause the latch to loosen. Accidents like getting hit from behind can also damage the latch.

To check if your tailgate latch is working fine, try to test the latch with a Phillips screwdriver and see if it springs back and holds tight. The latch should release when you pull the handle.

The tailgate's latch works through a pivot mechanism that moves two opposite rods simultaneously, pulling the latches in and out when the tailgate handle is pulled.

When you pull the tailgate handle up, the rods are supposed to move inwards and allow the latches to disengage the locking pins. But if the pivot mechanism is seriously corroded, they will get stuck in an open position and the tailgate may not close at all. 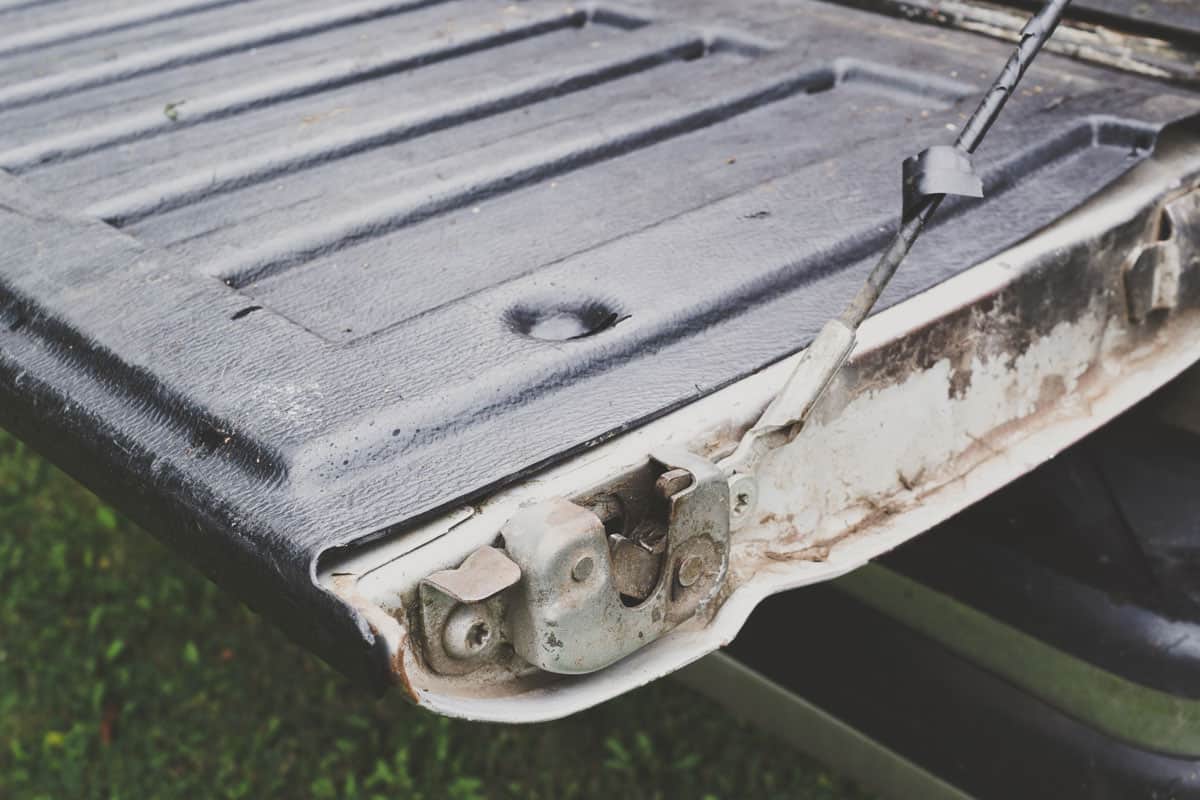 To check for corrosion in the pivot mechanism, here's what you can do:

1. Remove the cover of your tailgate handle

You can start by removing the handle cover. You can do this by prying out the handle's cover using a trim tool.

After you’ve taken off the cover, look for two plastic pivot locks that lock the rods into place and pry them out. These rods connect from the pivot to the latches through these plastic locks. Once you’ve disengaged the plastic locks, slide the rods out.

Once you have the rods out, loosen the nut to remove the tailgate handle.

4. Check the physical condition of the pivot mechanism

Once you have the tailgate handle removed, try to move the pivot in and out to check if it’s stuck and see if some corrosion is getting in the way.

If the tailgate pivot is too corroded, then you should replace the handle. A temporary fix would be to lubricate it with a silicone lubricant or WD-40 so you can get a little more life out of it.

Check out this silicone lubricant on Amazon.

How Much Will It Cost Me To Have My Tailgate Latch Fixed?

Generally, tailgate latching systems are easy to work on. A lot of people don't consider the possibility of repairs to be something they need to worry about financially until the vehicle needs a major overhaul. If you have spare time, you can fix and replace the tailgate latch yourself.

You can expect to pay over a hundred dollars to replace your tailgate latch, and this already includes labor costs. This price estimate excludes taxes and other miscellaneous fees that may apply.

Before you can start with your new DIY adventure, you need to find the right parts replacement. You can either look online for the part number and search the Internet to find a vendor to order it from, or you can call your local dealer to see if they can order it for you.

Once you have the replacement parts, you can start replacing the parts one by one. When you remove the old part and insert the new one, you want to check the fit of the parts as you go. If it doesn't feel tight and snug, you might need to reseat and adjust it accordingly.

Once you've replaced all the parts, you want to make sure everything feels snug. Check for any gaps or loose connections. This might mean tightening things up and repeating the process until you get it right. Lastly, make sure you test the lock mechanism on the new part. 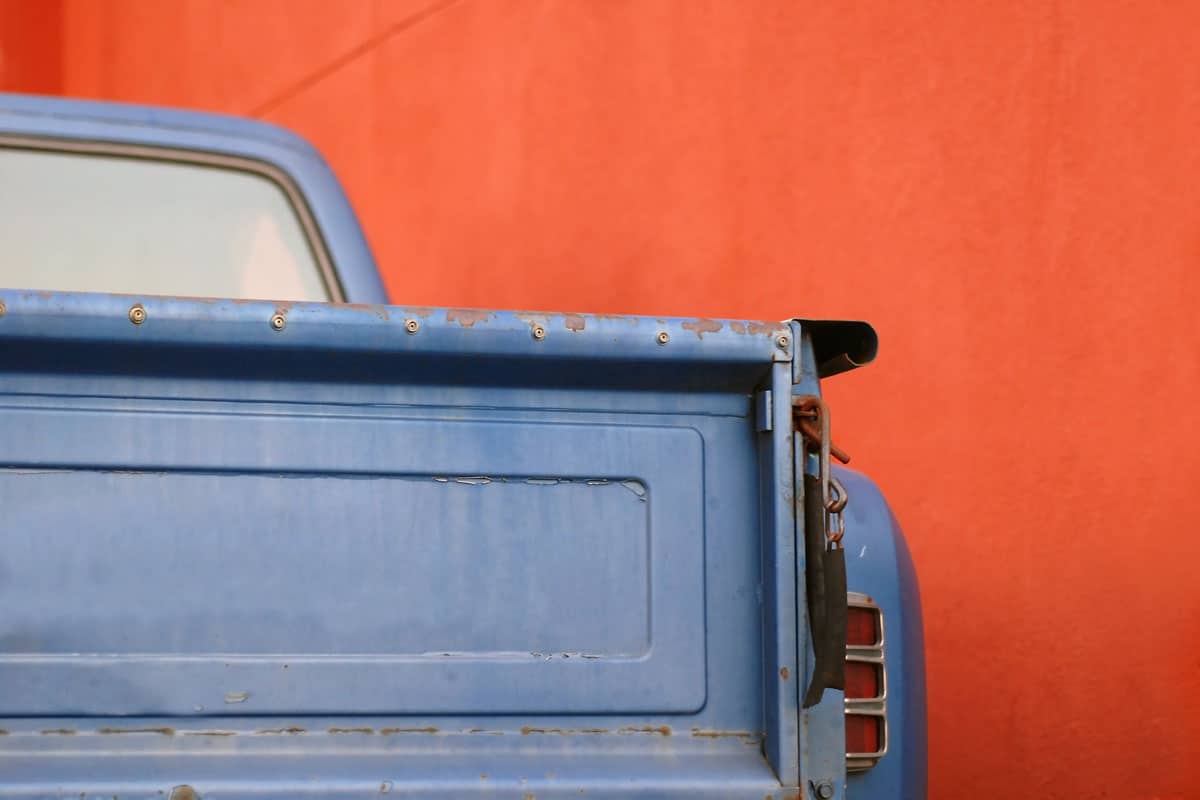 How Much Should I Pay for a Used Tailgate?

The average resell value of a used tailgate should be about $1,200. Used tailgates are getting increasingly popular due to their cheaper price, however, if you see a used tailgate that is sold for a couple of hundred dollars then it's most likely stolen.

Things to Look Out For When Buying a Used Tailgate

Before buying a used tailgate, it's important to determine whether or not the owner has taken care of the tailgate. There are a few things you can do to help you determine if the seller has done a quality job.

First, check the condition of the tailgate locking pins, latches, and rods. These are the most common parts that fail. If any of these parts appear worn or damaged, it's likely that the tailgate has not been properly maintained.

Make sure that the tailgate is secured with a locking mechanism. You want to make sure that you're buying a quality tailgate that will last for years to come. 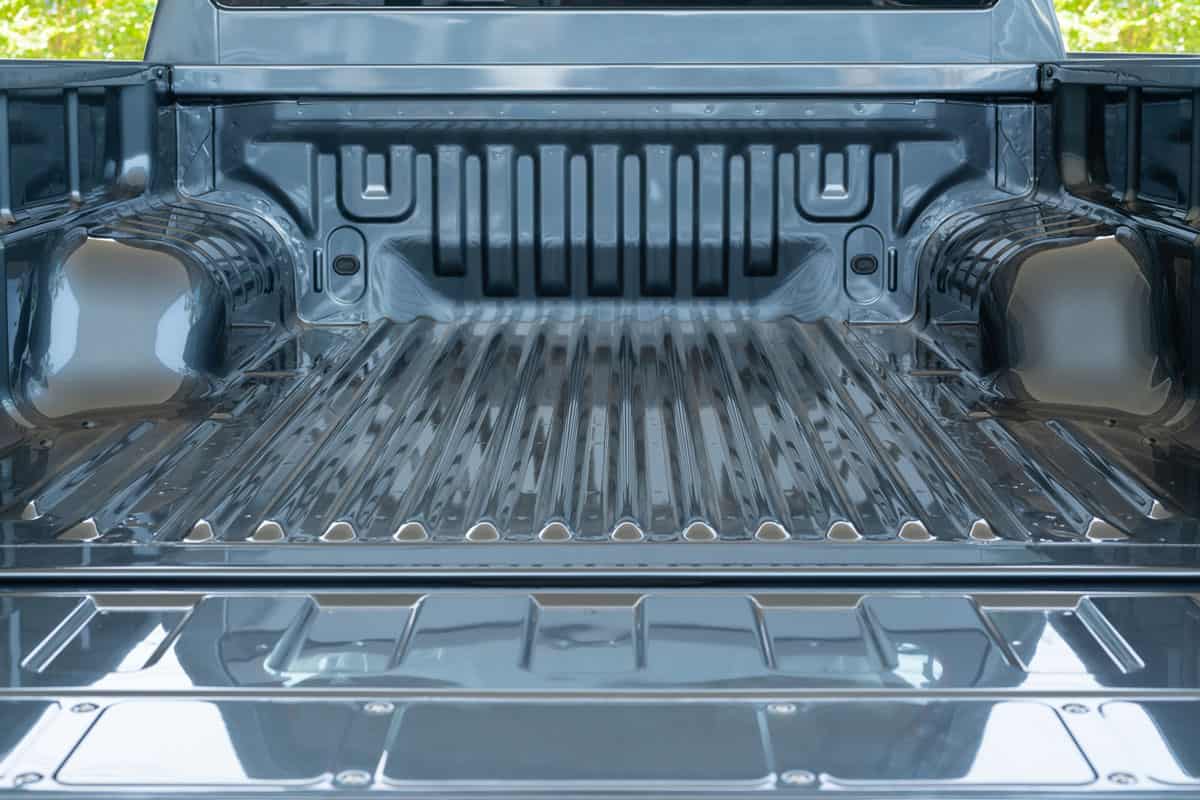 How To Keep a Tailgate Latch in Good Condition

You've probably wondered why it seems like a tailgate latch gets stiffer and harder to move after being closed and locked. It's likely that the internal components are getting a little rusty and have lost some lubrication.

There are a few ways to fix this. You can use WD-40, a common household product that you can find in just about any garage. However, you can look for a couple of different ways to ensure that your tailgate latch or hinges stay lubricated.

Before you lubricate, you need to make sure that the area is clean and free of rust before you apply anything. The first thing you should do is apply a rust penetrant. This will help to get rid of any surface rust.

The rust penetrant should be sprayed and worked into all of the crevices and holes in the area. Let it sit for a few minutes to allow the chemicals to soak and penerate their way through the metal surfaces.

Once you are satisfied that all of the rust has been removed, you can move on to the next step.

Check out this rust-penetrant on Amazon.

2. Grease the latch and pivot mechanism.

Apply some lithium grease onto the latch and pivot mechanism to ensure smooth operation. Grease has been proven to be effective at preventing corrosion and lessening the friction of metal parts rubbing against each other.

Grease is simple to apply and you don't need a special tool for it. You should also make sure that the area where the latch meets the tailgate locking pins is greased as well. This will help to keep the tailgate latch from binding when opening and closing the tailgate.

Be sure to get into the small crevices between the pivot and the rods. Let the grease soak in and be sure to repeat this process regularly to prolong its life.

Check out this lithium grease on Amazon. 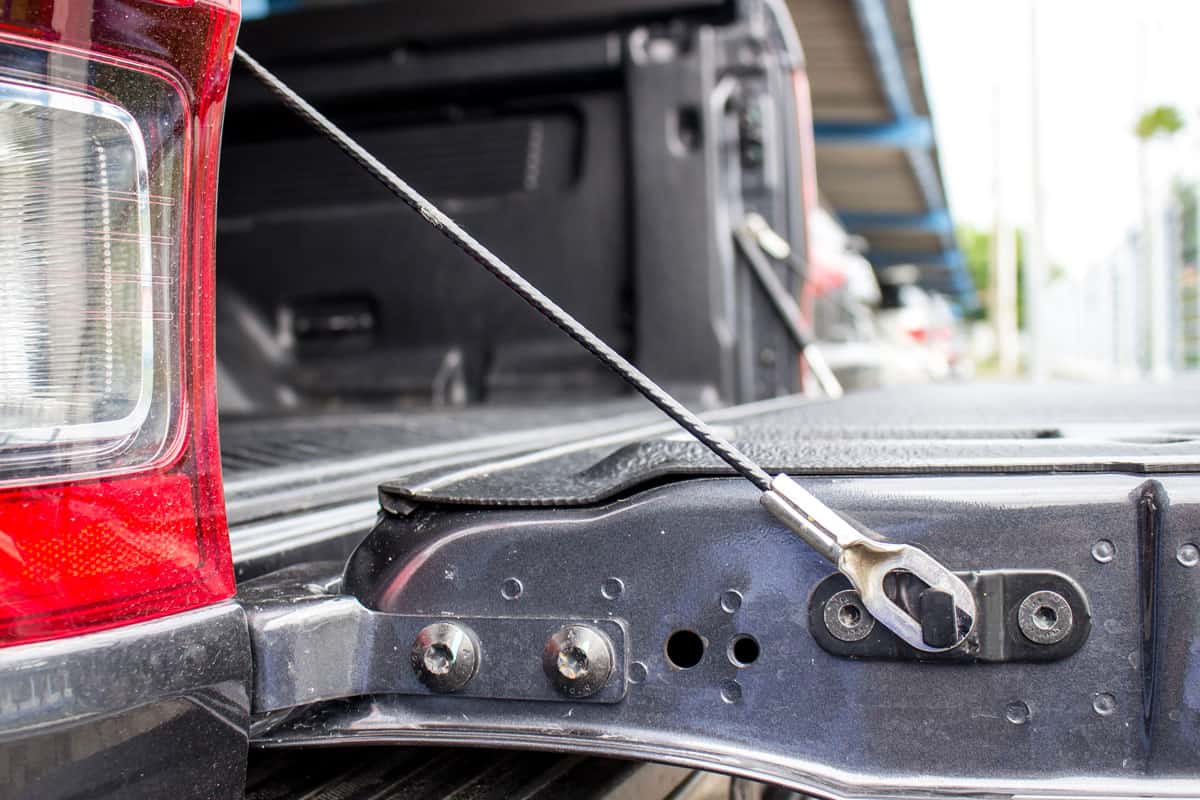 When a truck's tailgate won't close, there's always something preventing it from being fully shut. It can be due to the obstruction of the tailgate or a corroded tailgate latch mechanism. It is very important to investigate if it's corrosion or physical damage that is causing the problem and take it from there.

If it's corrosion, then you will have to remove and disassemble the tailgate handle and spray rust-penetrant into every nook and cranny of the pivot mechanism because it's most likely that rust has accumulated there.

How Much Weight Can A Truck's Tailgate Hold?

Can I Tow With My Tailgate Down?