Now that we know that the Toyota Tundra is not available with a manual transmission, we'll look more carefully at different transmission types. You might also be wondering if the Toyota Tundra is a half-ton pickup truck or if the Tundra can pull a fifth wheel. What does the 1794 stand for on the Tundra? Does it have transmission problems? For the answers to these questions and more, read ahead in this post and see what our research has uncovered. 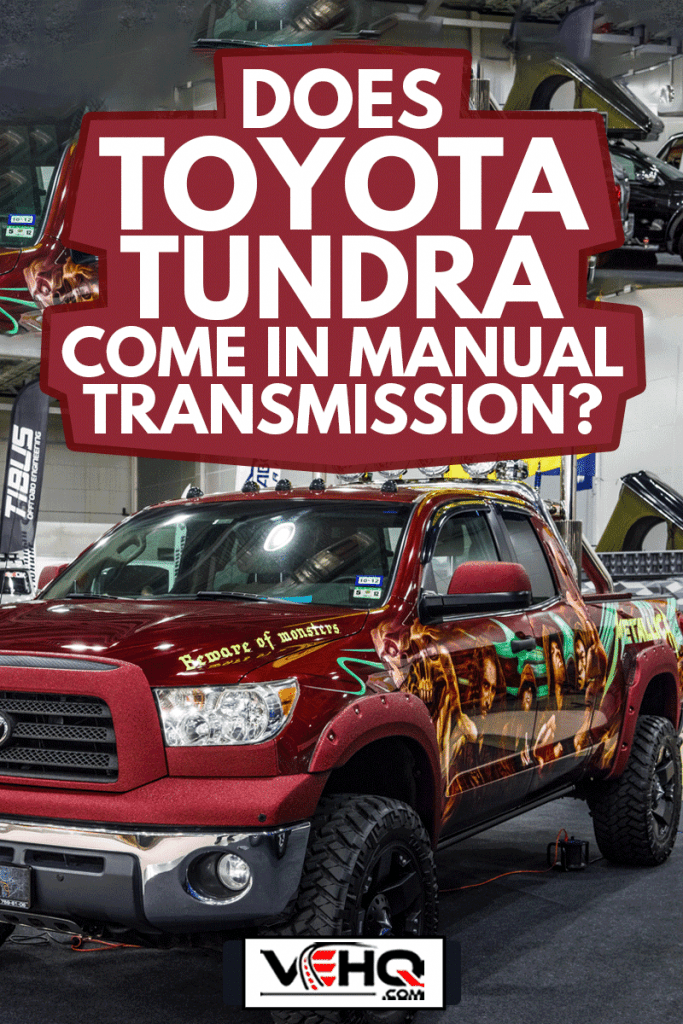 While manual transmissions used to be the standard, they have given way to alternatives. Currently, there are three different types of transmission that a consumer vehicle could come equipped with. Here, we'll break them down, so you'll know a little more about each one.

First, let's take a look at manual transmissions. Also known as standard transmissions, these will force the driver to make all of the shiftings between the gears him or herself.

This is done with the aid of a gear shifter and a clutch. The clutch is pressed by the left foot as it sits to the far left of the brake on the driver's side floorboard. When pressing the clutch, it frees the transmission to be shifted into a lower or higher gear or reverse. While pressing the clutch, the driver shifts into the next gear then depresses the clutch.

Even though this type of transmission is becoming more difficult to find, it is the one that leaves all the control to the driver.

Automatic transmissions are the most common type on the market today for passenger vehicles. This type of transmission switches gears independently, without the driver needing to do anything at all.

The transmission will shift up gear based on the engine's RPMs and then back down again when necessary.  At one time, getting this type of transmission was considered an option and would cost the consumer more money to get their vehicle equipped with it.

A vehicle with a continuously variable transmission uses a reinforced rubber V belt system, which is moved by two pulleys. The rear pulley contains a clutch. The front pully is a variator whose job is to shift the transmission up and force in cool air to the transmission itself.

The CVT works like a game of tug of war, with the pulleys moving back and forth, shifting and downshifting gears in a seamless fashion. It's quick and quiet. You'll most likely find this type of transmission in an SUV or under the hood of a larger sedan passenger car. 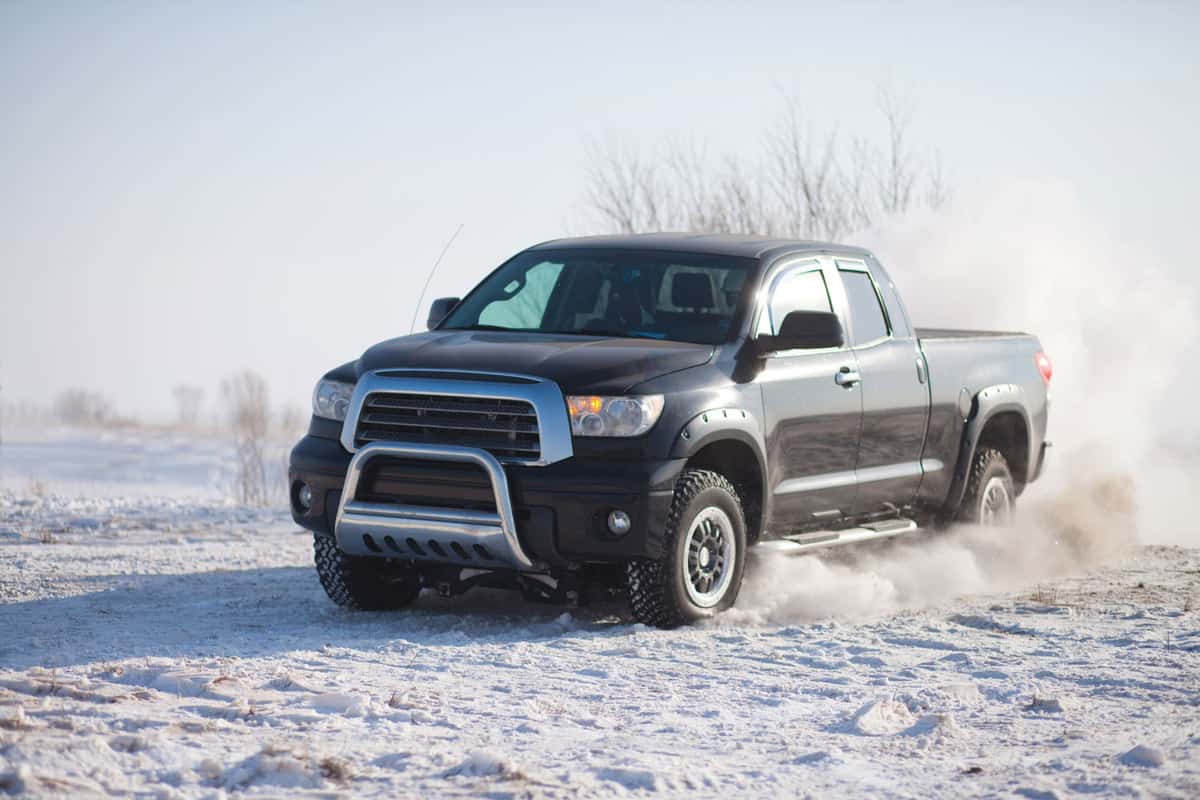 The Toyota Tundra is considered a half-ton pickup truck. But what does this classification mean?

Trucks are generally categorized into half-ton, three-quarter-ton, and one-ton vehicles. This doesn't refer to the weight of the truck itself.

Rather, it's a rough estimation of how much payload a truck can carry. For those who need a refresher on payload, this is the amount of weight a vehicle can carry, combining the weight of all riders and cargo. So, a half-ton pickup truck could roughly carry a half-ton of combined cargo and passenger weight.

This weight designation used to be pretty accurate. More modern vehicles can carry more payload, so, in most cases, a half-ton pickup truck can carry well over a half-ton in weight.

Before you load your truck with cargo, consult your owner's manual for the payload capacity. Exceeding this amount can significantly damage your pickup beyond repair, as well as make it dangerous to drive.

What does the 1794 stand for on the Toyota Tundra?

For those who have ridden inside a 1794 Tundra, you'll have noticed the cowboy feel of the interior. Rich leather seats that are saddle brown and wood grain paneling accentuate the interior of the 1794. The four-spoked, leather-wrapped steering wheel complements the other interior features.

The cowboy theme was an homage to the original ranch that occupied the site of the Toyota assembly plant that first introduced the 1794 trim level. Until Toyota purchased the property, it was home to the JCL Ranch, which began operating in 1794.

Can a Tundra pull a 5th wheel? 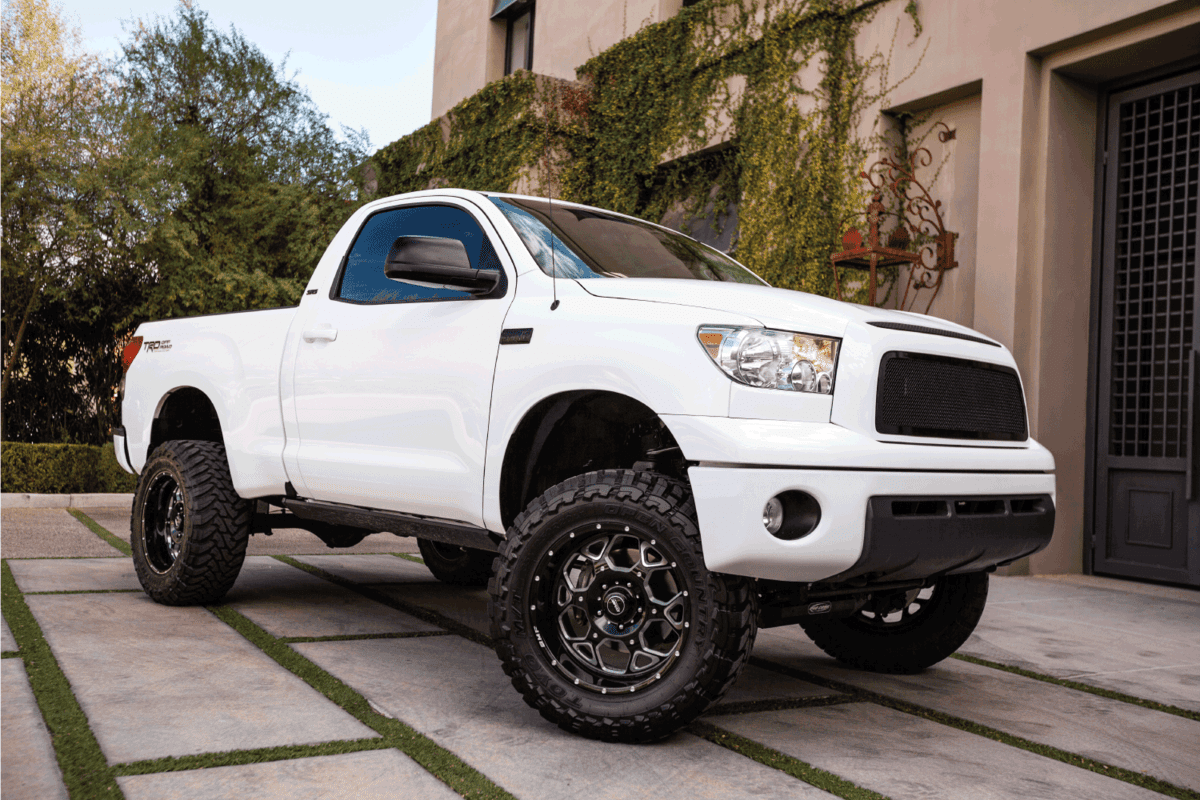 If you are considering a Toyota Tundra for a fifth-wheel towing vehicle, you'll be happy to know that this pickup truck is capable of pulling some models behind it.

To safely do so, you'll need to familiarize yourself with the towing capacity of the trim level of Tundra you are operating. This will range between 8,800 and 10,200 pounds. This information can be found in the owner's manual of the Tundra you are driving.

As soon as you know the towing limitations, you'll need to find models of fifth wheels that weigh less. While many fifth wheels on the market far exceed the weight that a Toyota Tundra can safely tow, there are plenty of models that will weigh far less than the maximum towing capacity.

Before you purchase a fifth wheel, familiarize yourself with its specs. Know what the limitations are. And be sure you know all of the weight capacities of the towing vehicle. Exceeding the towing weight will have dire consequences. It will lead to irreversible damage to your towing vehicle and significantly increase the likelihood of a crash.

Do Toyota Tundras have transmission problems?

The Toyota Tundra has always had a solid reputation as an all-around reliable pickup truck. But even the best in class have been known to have model years that weren't as good as the standard. With the release of the 2007 model, consumers began to notice some pretty significant transmission problems immediately.

The most common problem was a delay in the shifting between gears. This was the first model year in which manual transmissions weren't available for the Tundra. The issues all occurred in automatics. Complaints were also made about the transmission sticking in one gear when it should have shifted up. Shaking truck bodies were reported at higher speeds as well.

Toyota recalled over 15,000 of the 2007 models, focusing on the 4x4s. The rear propeller shafts were faulty because they had not been heated treated effectively. With a faulty rear propeller shaft, the rear transmission could have separated from the drive body of the Tundra.

Toyota has been more than diligent in addressing the concerns of consumers regarding the transmissions in question. Aside from some of the 2012 Tundra models having faulty transmissions that were failing at less than 10,000 miles, this model truck has had a good track record amongst consumers. 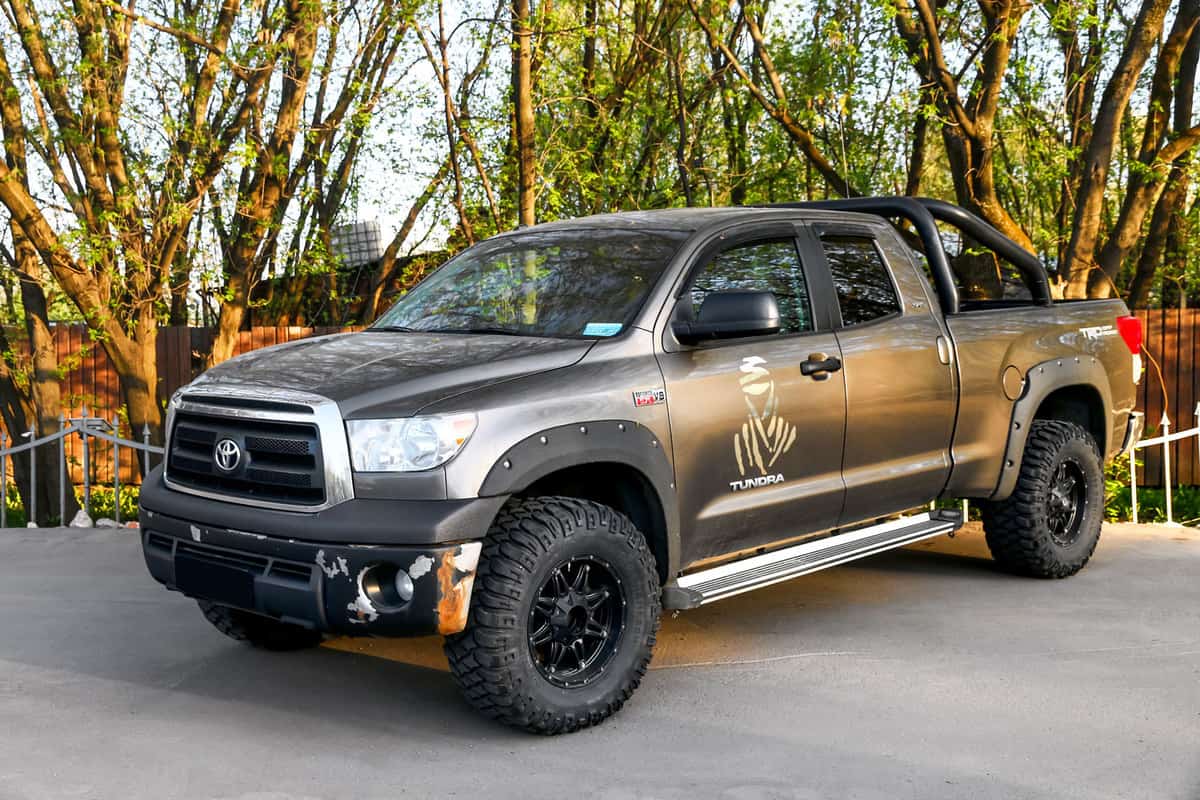 The Toyota Tundra remains one of the most popular pickup trucks in its class. The overall reliability of this model has made it one of the best-selling trucks over the years, even with a few model years having some issues with the transmission. This durable pickup can haul and tow a tremendous amount of weight and is an excellent choice for towing specific fifth wheels. If this is the truck you have chosen, you'll be happy with its longevity and the smooth ride it offers you and your passengers. Drive safe!

If you found this post on the Toyota Tundra to be informative, we believe you'll enjoy reading the following posts on this popular model pickup truck:

Taking Your Toyota Tundra Off-Road? Here's What You Need to Know