In 2002, Jeep introduced its Liberty model to replace the Cherokee. This new Liberty was in production until 2012 when the re-introduction of the Cherokee replaced it. During ten years on the market, the Liberty had more than its fair share of issues, so you might wonder how many miles a Jeep Libery can last. We've researched this mid-size SUV in terms of reliability to get the answers you'll need when considering this vehicle.

The Jeep Liberty can last well over 200,000 miles. Several factors will increase the likelihood of your Liberty's longevity. Make sure that any recall issues on your model year have been addressed and fixed. Follow the manufacturer's recommended maintenance schedule for the life of your vehicle, and remember that how you drive your Jeep also impacts how long it will last.

Now that you know Jeep Liberty's anticipated mileage, you've probably got other questions about this vehicle. Is the Liberty reliable? What was the best year Liberty to purchase used? What common problems can be expected from a Jeep Liberty? Read on to find the answers to these questions and more! 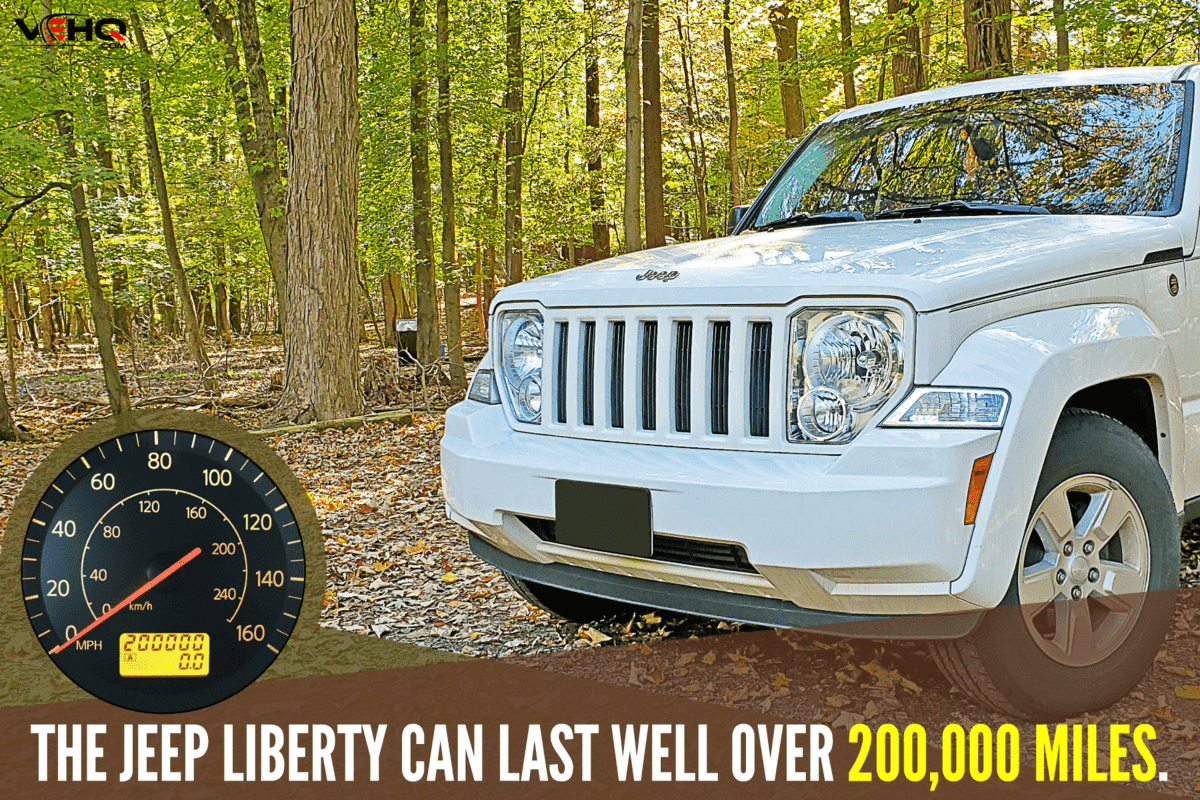 As long as you get a used Jeep Liberty with the recalls properly repaired, this mid-size SUV maintains a decent reputation for being reliable. It is rated right in the middle of other SUVs within its class, coming in fourteenth out of twenty-six midsized comparisons. The typical model Jeep Liberty has an average annual maintenance cost of under $850 per year, which is typical for an older vehicle. Most of the post-recall issues that are reported are fortunately, very minor.

As with any vehicle, it's important to make sure that routine maintenance is performed as scheduled. This is particularly true with older Liberty models. Items that may seem unimportant, like getting the oil and oil filter changed, are critical for lengthening the life of your Liberty. Consult your Jeep Liberty owners' manual for a complete list of what maintenance they recommend and when they recommend it, and stick to it! It could mean the difference in whether your Liberty is still on the road years from now.

What year is the best Jeep Liberty?

Our research has shown that the best year for the Jeep Liberty was the 2009 model. Far fewer mechanical issues arose during 2009 than the average year's models (the worst being the 2002 model). The 2009 Liberty was the second year release of the second (and last) generation models, which offered many new features to Liberty owners.

The 2009 model enjoyed better safety ratings than the previous generation Liberty (2002-2007), among the top in its class. The second-generation Liberty models also brought back a boxy Jeep look, a popular aesthetic from other model Jeeps from years past. This model Jeep also came equipped with on-board navigation, blue tooth capability, side passenger airbags, anti-lock brakes, traction control, and many other standard features that the first generation Jeep Liberty did not have.

Is the Jeep PowerTech 3.7L engine a good engine?

Jeep models and some Chrysler model trucks used this engine to replace the 2.5 liter four-cylinder engine. Since its use grew to include other makes and models (including Durango, Charger, and Dakota), some issues have come to light regarding issues with both the design and the engine's performance.

Defective valve seats have been reported to have caused some major problems with engine failure. Since the valve seats were designed to sit deeply inside the cylinder heads, the metal the heads are fabricated from tends to crumble when expanding and contracting from heat and cold. The metal crumbles have been notorious for causing the pistons and cylinders to deteriorate and ultimately fail. 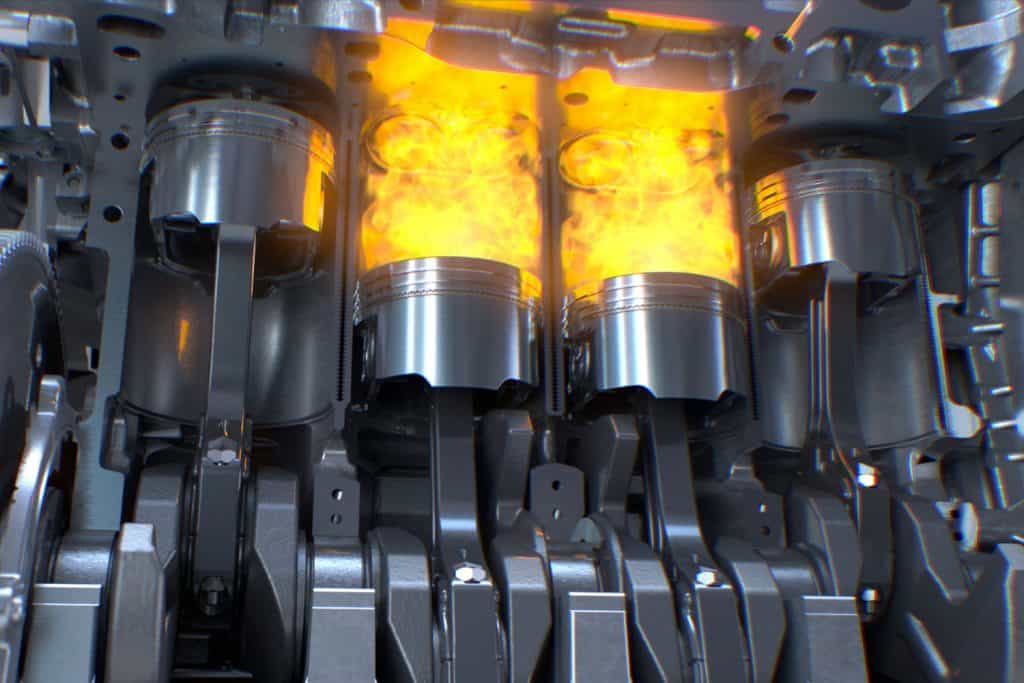 According to this post from "Car Cash Buyer," Powertrain Products (specializing in engine rebuilds) reported, "the second design flaw lies in the engineering of the piston ring landings. This flaw causes the engines to run a lot hotter than they should be running." A compounding issue to this is tiny drain holes in the heads and block. When new oil breakdown, as the component overheats, sludge remains in the engine, causing a blockage. This blockage leads to potential oil-starvation, causing engine block or engine seizure.

Consumers also report that the Jeep PowerTech 3.7 liter engine isn't as powerful as it needs to be to accelerate and pass other vehicles in traffic, particularly when outfitted to the Jeep Liberty or the Dodge Durango. This lack of power seems to be the most common complaint regarding the performance of the engine itself. 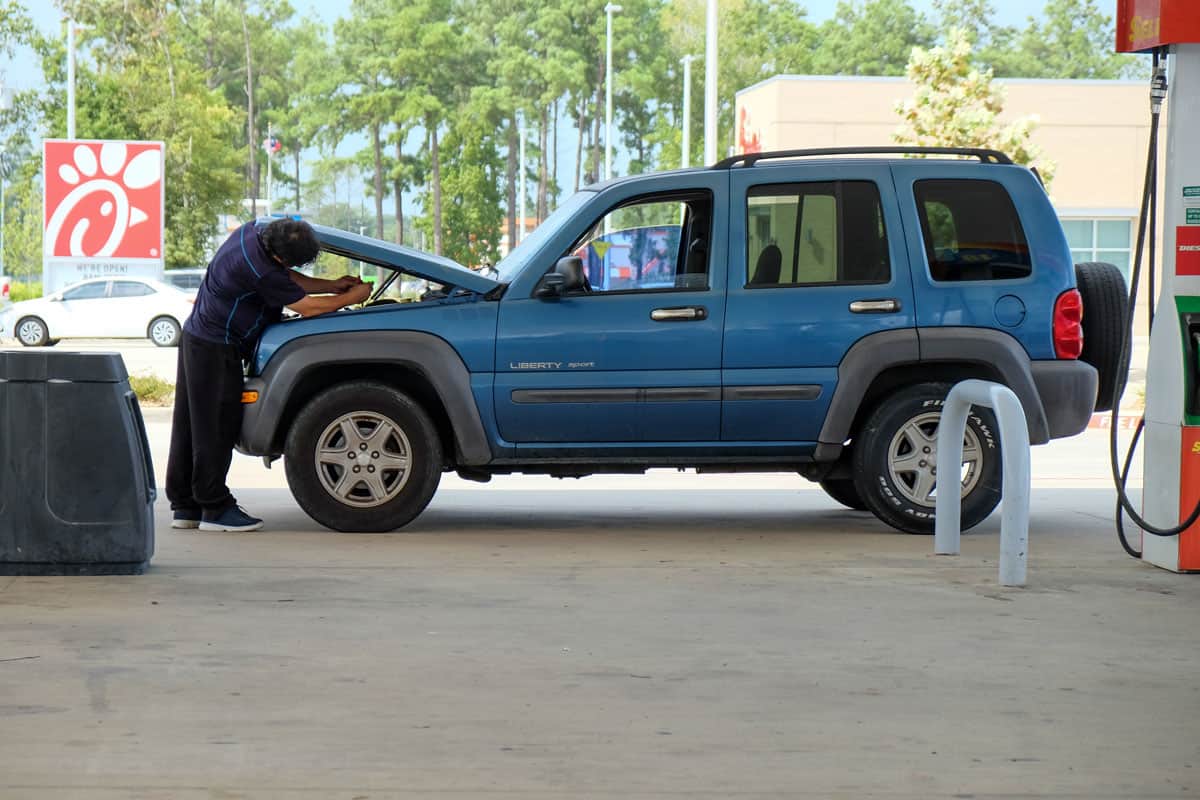 There are many issues with the Jeep Liberty that have resulted in multiple recalls by the manufacturer. While the recalls were fewer during the second generation (only two were issued in the last year model, 2012), the early models were notorious for various issues. During the first year alone, Jeep had to make fourteen separate recalls for the Liberty model. The most common issues for the 2002 Jeep Liberty were: 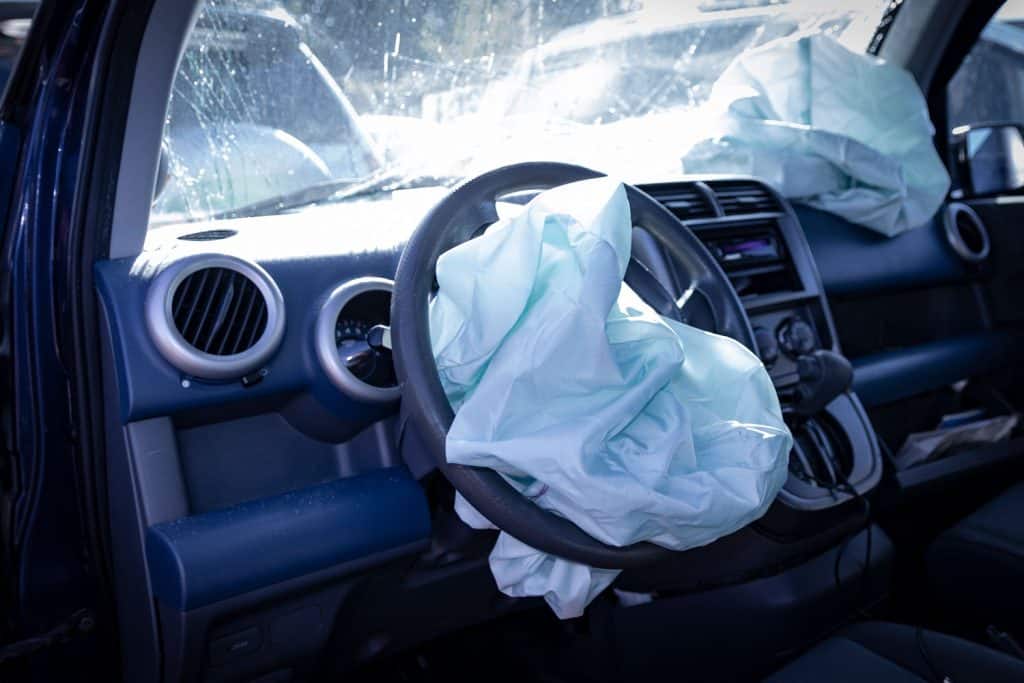 The airbags' issues onboard the Jeep Liberty persisted for several more years worth of models before becoming a minor problem. Overall, the most common problems reported about the Jeep Liberty have been related to the Liberty's suspension system. The front ball joints have been very problematic, leading to multiple recalls from Jeep that stretch over multiple years.

In case you're considering purchasing a used Jeep Liberty, we've broken down the major problems by model year below. This list is based on both official recall information and consumer data: 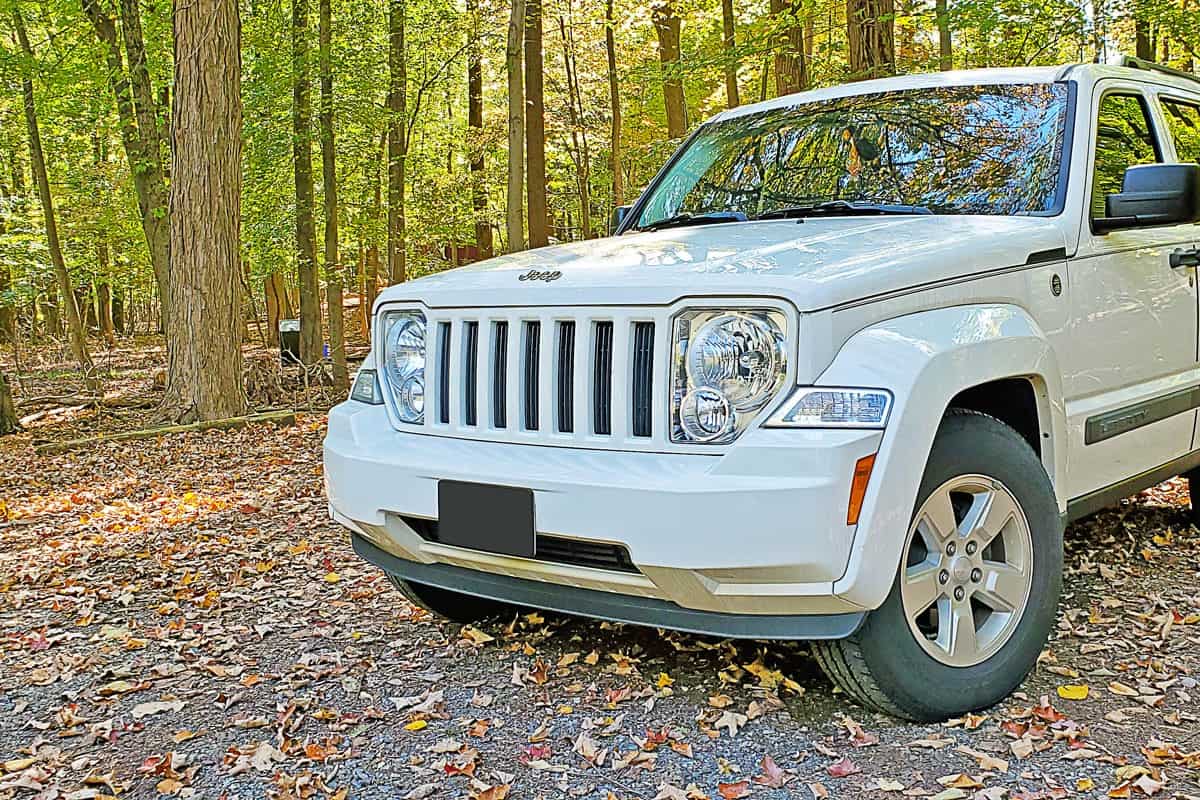 We've learned a great deal about the Jeep Liberty in terms of how long you can expect it to last and what it's major issues have been over the years. When you're researching which used vehicle to purchase, it's important to remember that nearly every model has had some issues that have been reported since they've rolled off the assembly line. Some issues are obviously much more serious than others, however. When buying a used vehicle, we'd strongly recommend that you do plenty of research on the vehicle's recalls, and make certain that the particular one you're considering has had the recall work performed on it.

If you'd like to learn more about other model Jeeps, consider reading the following informative posts:

Can You Flat Tow a Jeep Cherokee?

Does the Jeep Wrangler Have a V8 Engine?

Does the Jeep Compass Have 4-Wheel Drive or All Wheel Drive?

How Long Does a Jeep Wrangler Last? 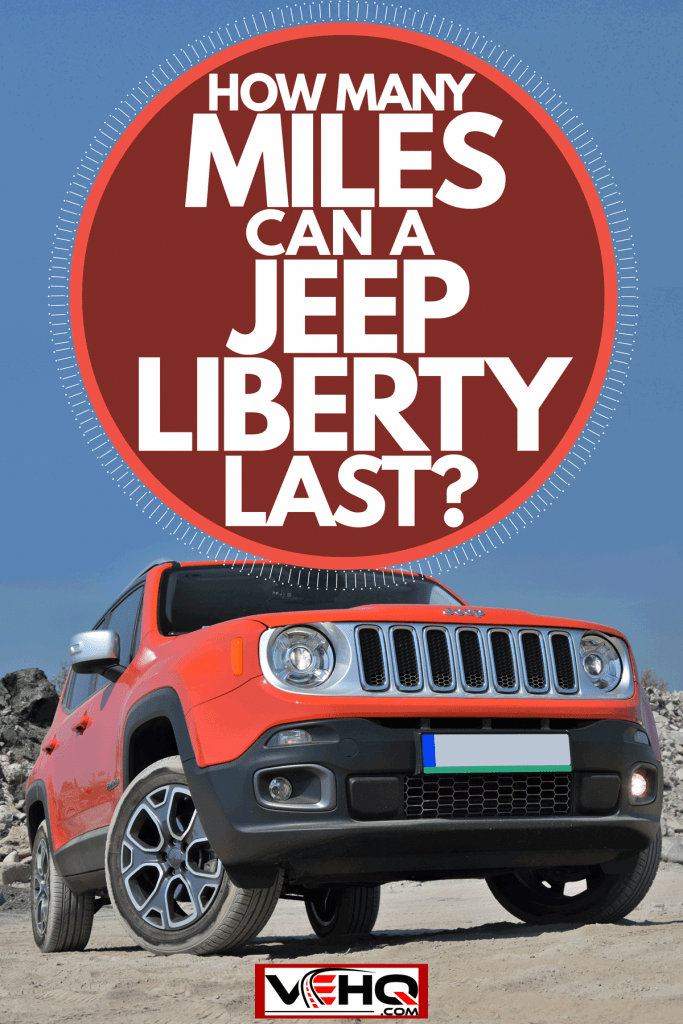 Mines 2007 and has over 350,000 miles still ticking... Lol synthetic oil completely... Just wear a tear items till recently..cams went flat replaced them and Tweety is back going jeep should pay me for it lol

I have 226K and counting on my 2008. Two water pumps and a rear driveshaft, and one fuel injector are all that's been replaced mechanically aside from the normal consumables like spark plugs. The only reason I keep the thing around is the Lifetime Powertrain warranty. Rust has all but taken over the underside, just replaced the rear upper trailing arm due to corrosion. It will only be a matter of time before it eats something structural and has to be sent to the junkyard.

At 14,500 miles approx. I had to replace a heater core than was improperly manufactured. It had never sealed in the factory. I still have the part and was wondering if this had become an issue with other Jeep 2012 vehicles. It produced film on the front windshield and we were breathing in toxic coolant.