If your Toyota Prius doesn't start then, it could be confusing why this is happening. The reasons as to why you are having this issue can be due to several reasons. Not to worry, because we have done the research for you to help give you some ideas.

Your Toyota Prius could be not be starting due to the following possibilities:

While this list may be long, it could be something simple that is causing your Prius not to start. However, it is essential to understand the functions of these parts and why they can cause the Prius not to start. In this article, we will take a closer look at each of these parts. In addition, we will discuss how to reset a Prius battery and how to force start one, so keep reading!

Prius Won't Start—What Could Be Wrong?

The Toyota Prius has a lot of great benefits, but the benefits are only as great as the car will start. Unfortunately, if your Toyota Prius won't start, it can be frustrating. So, let's take a look at the common reasons as to why this is happening. 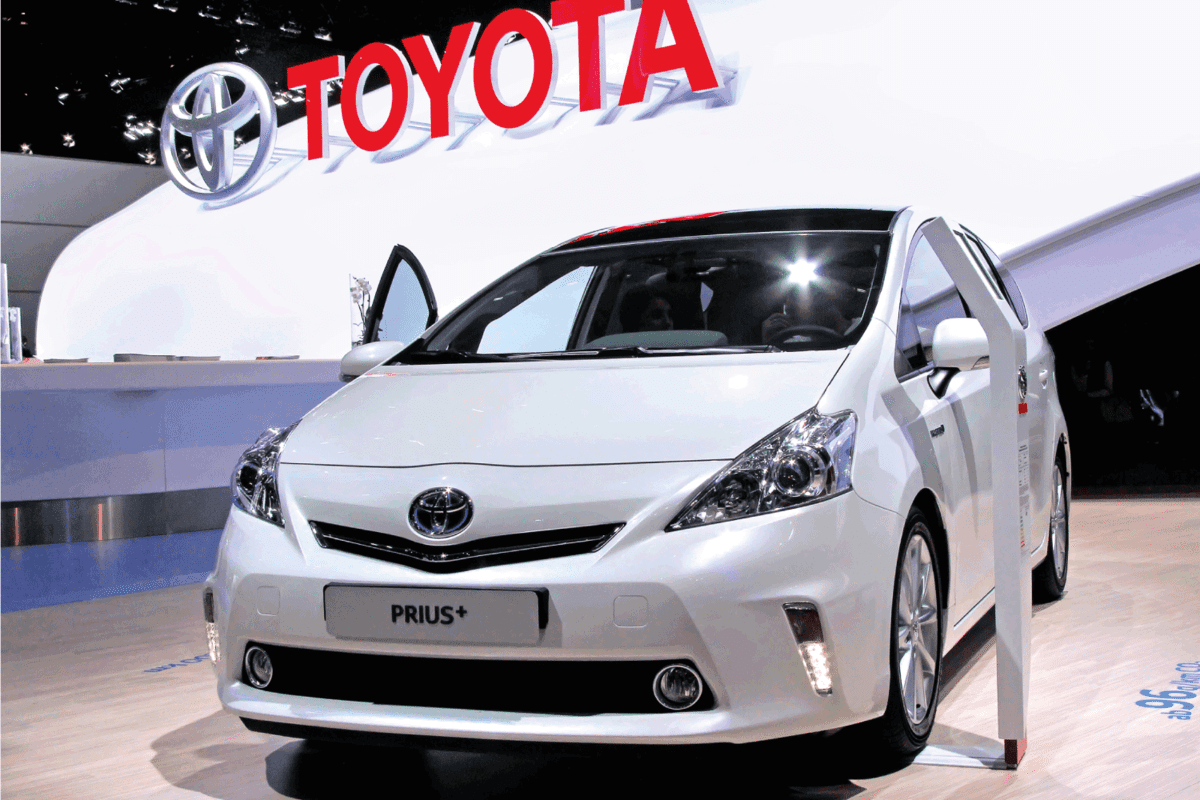 This is one of the possible reasons why your Toyota Prius won't start. If you have a dead key fob, it could be that when you go to use the button on it, no lights or sound comes from the car, and in addition, there will be no movement when you try and unlock your car.

If this is your issue, you are going to have to replace the dead key fob battery. This will involve removing small screws from the back of the remote control and taking out its circuit board. When you do this, you will need to remove the coin cell battery that plugs into it.

Once you have done that, you will need to insert the new battery and seal it back up.

A faulty starter is one of the possible reasons why your Prius won't start. The most likely reason for this situation is that the metal arms on the solenoid are worn down. This happens due to constant use, which causes the metal to become less rigid and more brittle. 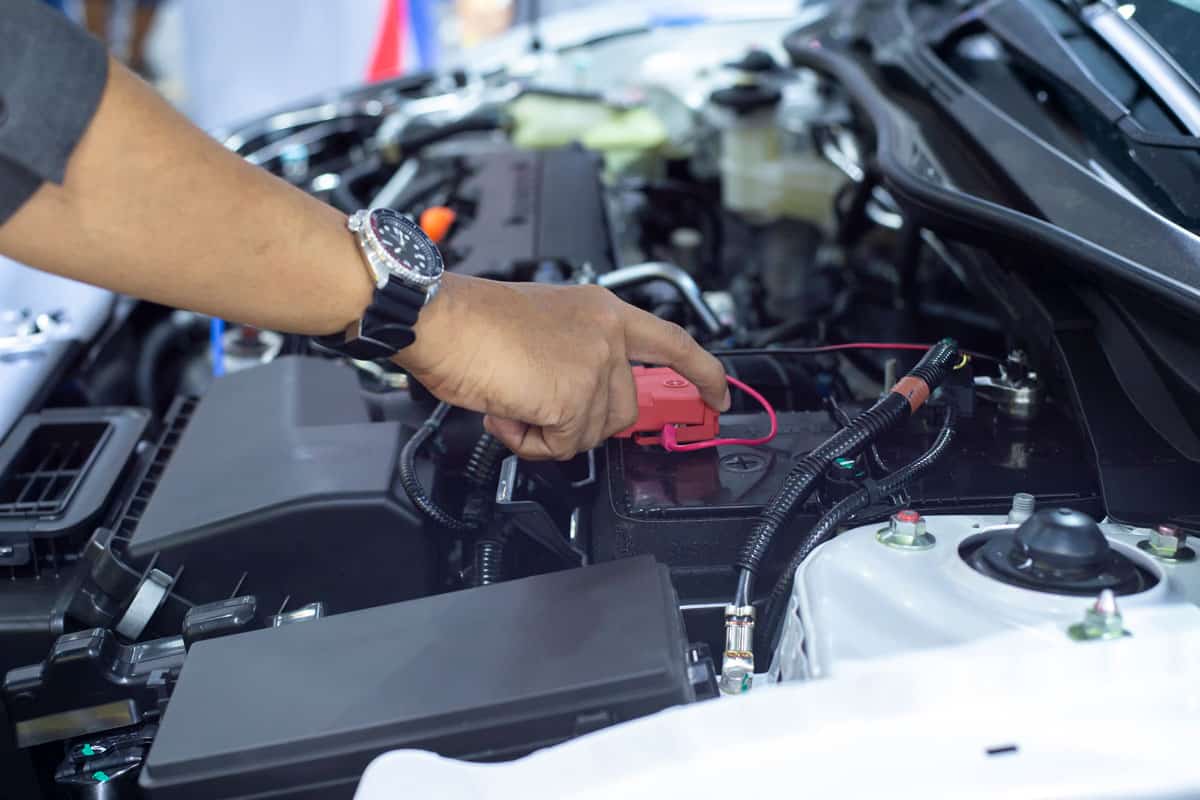 A failing battery can cause your Toyota Prius not to start. However, if the battery is failing, it will most likely not hold a charge for very long.

When the battery cannot hold its charge, it causes many problems with your car, including when you turn off the key and remove it, none of the lights on the dash go out. Another symptom would be when you try to start your car, and it takes a long time for the car engine to turn over. 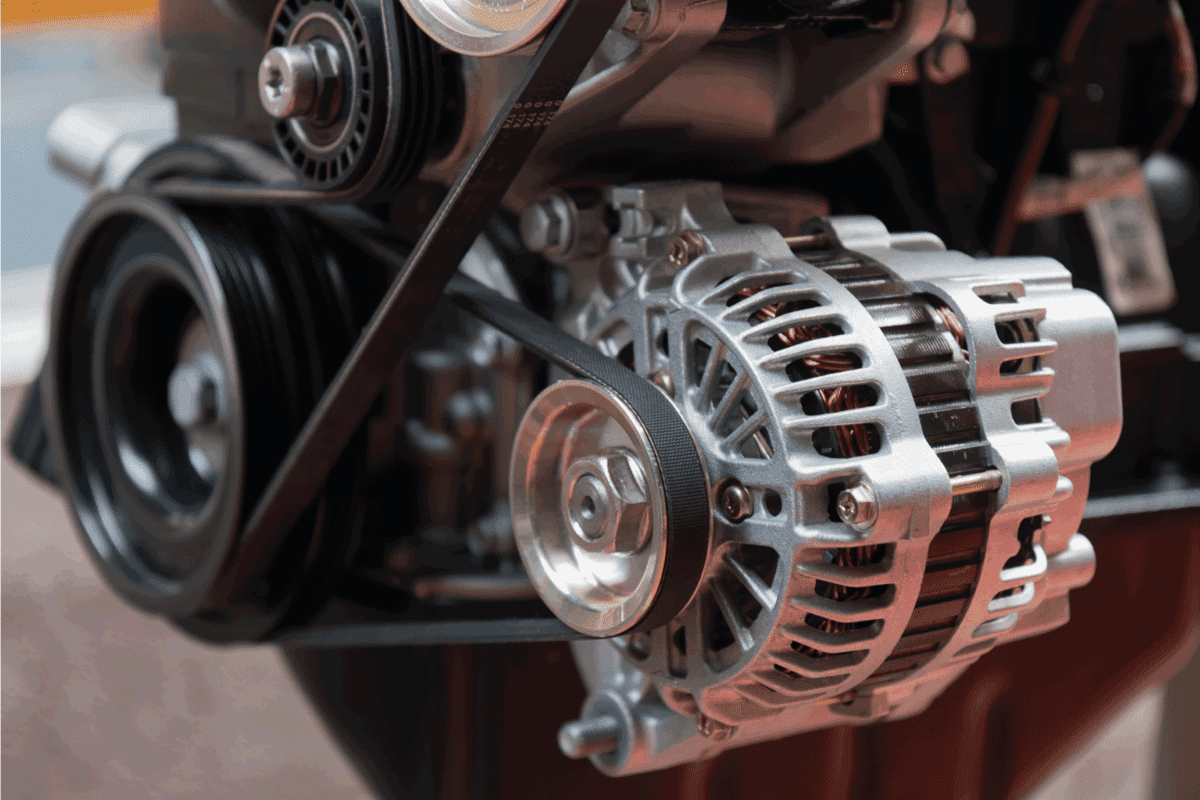 A bad alternator is another possible reason why your Toyota Prius won't start. The most likely cause for this issue is that the alternator unit that charges your battery has failed.

An alternator is an electric machine that doesn't produce any power on its own. Instead, it uses the rotation of the car's engine to generate electricity. It also draws electricity from the battery and uses this to charge. 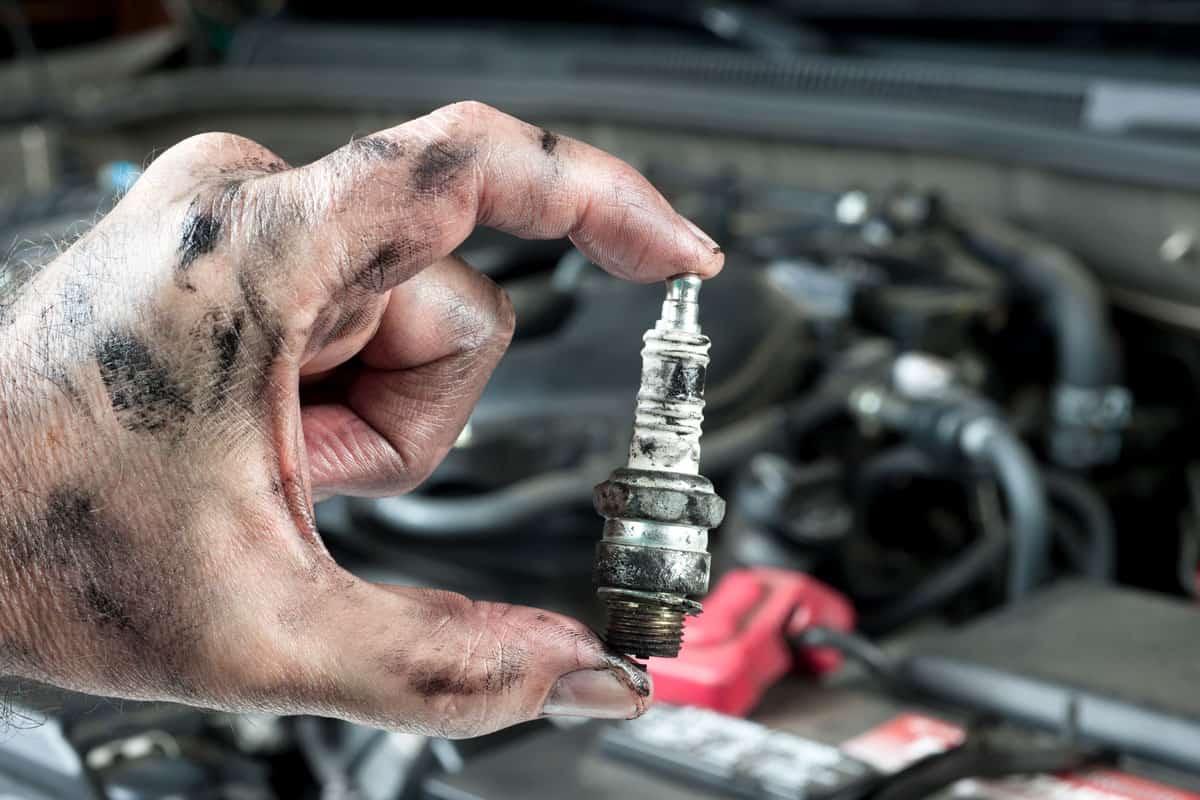 A defective spark plug is another possible reason for your Toyota Prius not starting. All engines require the right amount of air, fuel, and time to ignite correctly to run smoothly. Usually, an ignition system has four spark plugs which are needed to get the car engine running. A faulty spark plug can prevent your car from even turning over.

You can test whether or not this is the issue if your car won't start by using another spark plug to replace the faulty one. For example, if you can start up your Toyota Prius, then it's likely that your old spark plugs are faulty and need replacing. 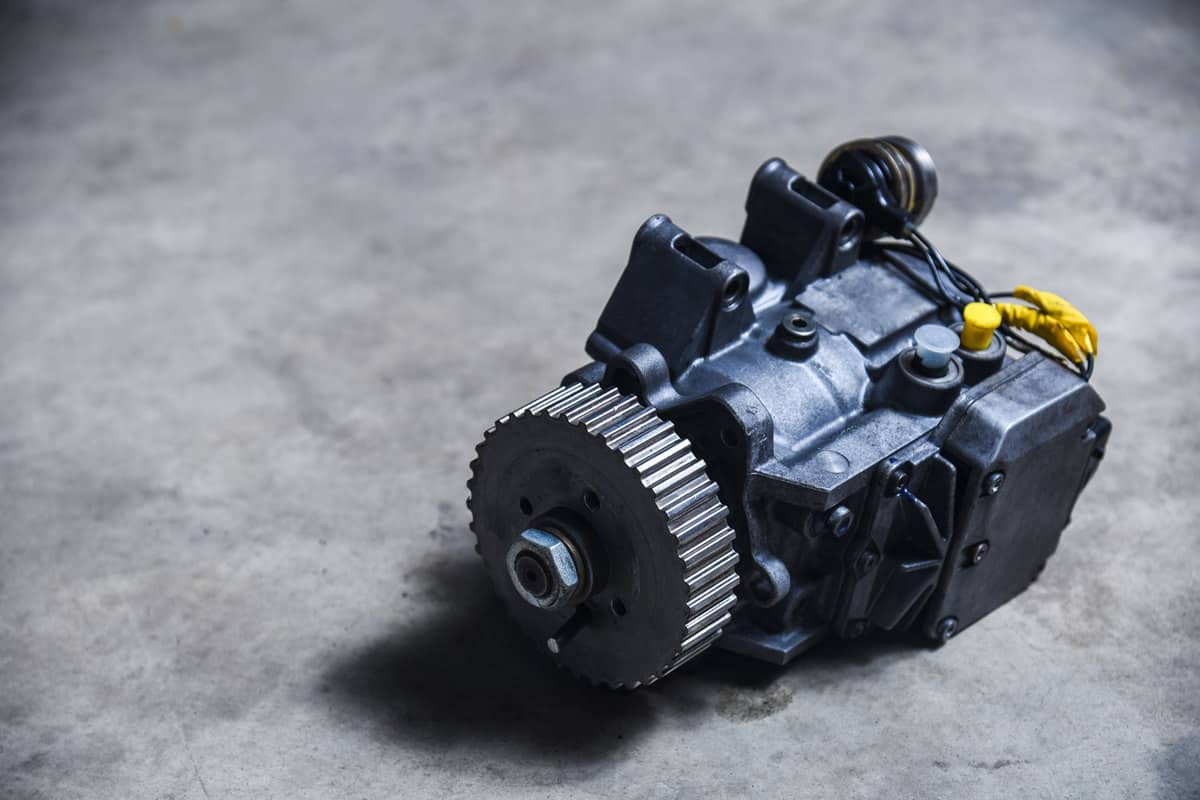 A bad fuel pump is another possible reason why your Toyota Prius won't start. Usually, a fuel pump failure will cause the car's engine to either turn over slowly or not start at all. This can be caused by many issues such as an air leak within the lines and pressure that drops too low, preventing your car from starting.

If this is your issue, you will need to check the fuel pressure to see if it's an air leak or a bad fuel pump.

A clogged fuel filter is another reason why your Prius won't start. Usually, a clogged fuel filter can be caused by debris or rust. Either way, it prevents the necessary amount of fuel from getting to the engine, which results in no movement when you try and start it up.

When this issue occurs, the car won't turn over or even start more often than not.

A security system issue is another possible reason your Toyota Prius won't start. Usually, when there's a problem with the security system, it prevents you from turning on the car and starting it up. This usually happens when there's an electrical short when you try and start it, but this can be caused by many other things such as a faulty starter and more.

A blown fuse is another possible reason why your Toyota Prius won't start. You can tell if this is your problem by checking the fuses in the engine compartment. If any of the fuses are blown, you will need to replace them with a new one.

A clogged fuel line is another possible reason your Prius won't start. Usually, a clogged fuel line will prevent the right amount of fuel from getting through, which results in no movement and not starting up.

What are the warning signs of a dying Prius battery?

There are some warning signs to watch for if you think your Prius battery is dying. The most common is if the battery isn't holding a charge. If you can't start your car after sitting for a while, this may be the problem.

Another warning sign is if you are getting poor fuel economy. If your car has been getting lower and lower gas mileage, this may be due to a dying battery.

Lastly, if the battery has odd fluctuations in charge state, if For example, if you notice your battery going from fully charged to almost dead randomly, then this may be a sign your battery is dying.

Batteries can't last forever, and as they age, they'll begin to hold less of a charge and die out earlier, making it important for you to consider replacing the battery if any of these signs show up.

What happens to a hybrid car when the battery dies?

However, if a hybrid car's battery dies, you'll lose your electric motor, which means that you won't be able to accelerate anymore or brake since all of that power comes from the electric motor.

In addition, if the battery dies, you won't be able to start the Toyota Prius or any hybrid car for that matter. 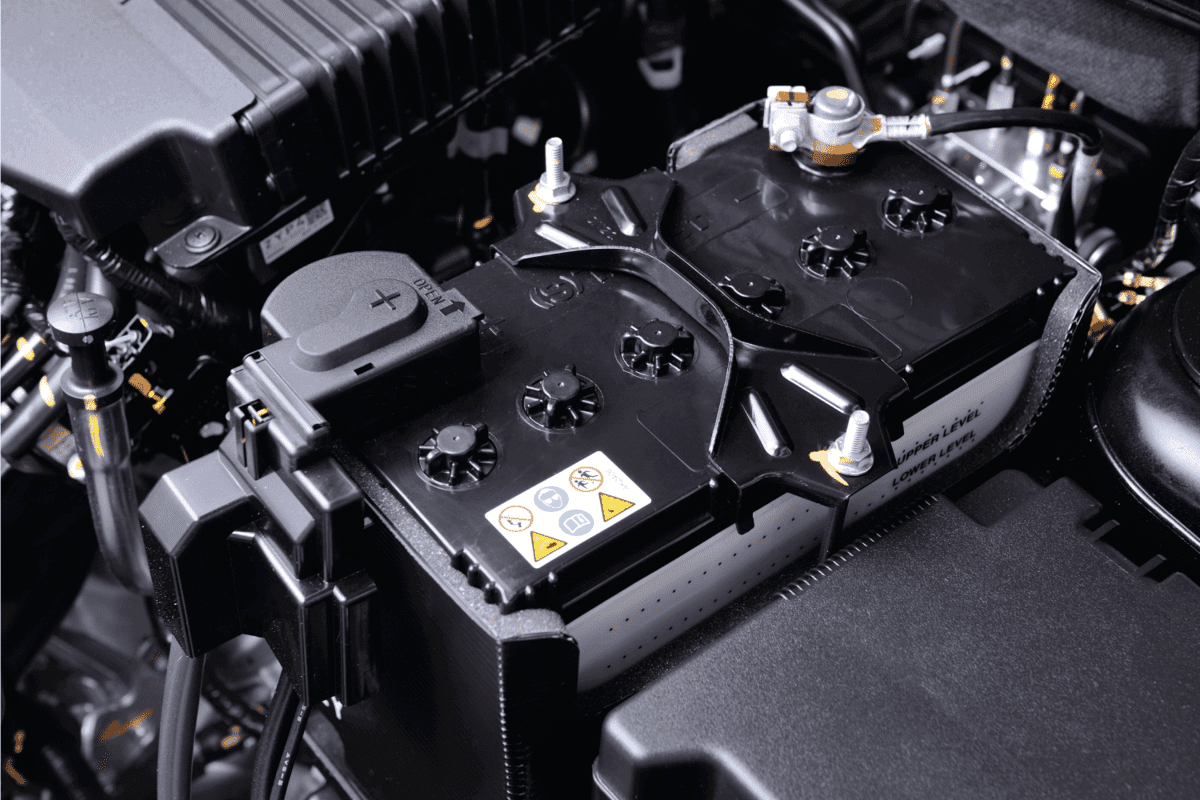 How do you reset a Prius battery?

To reset your hybrid car's battery, all you need to do is take off the negative battery cable on the car. This is easily accessible on most cars. After this, you'll want to wait at least 30 seconds before attaching it back on for a full reset. Then try restarting the car to see if this caused the issue!

How do you force start a Prius?

If this doesn't work, then try this other method to force start the Prius:

This method should do a force start to the Prius. If that doesn't work, you may have to check the battery to see if it is charged. Lastly, you may need to take your car to a certified mechanic for help.

How do you jumpstart a Prius hybrid?

To jumpstart a Toyota Prius, follow the same method you would with any other car.

Overall, whether it's a Toyota Prius or another car, if it won't start, then you can't make it to your destination. When in this situation, start with the basics and check your car battery. If you notice nothing wrong with it, then head to your local mechanic or dealership for help. With these steps, you should be able to get your car started again!

For more maintenance guides, check out these articles:

Engine Knocking At Idle—What Could Be Wrong?

How To Get Rid Of Engine Noise In Your Car Stereo

Rattling Under Car When Going Over Bumps – What Could Be Wrong?