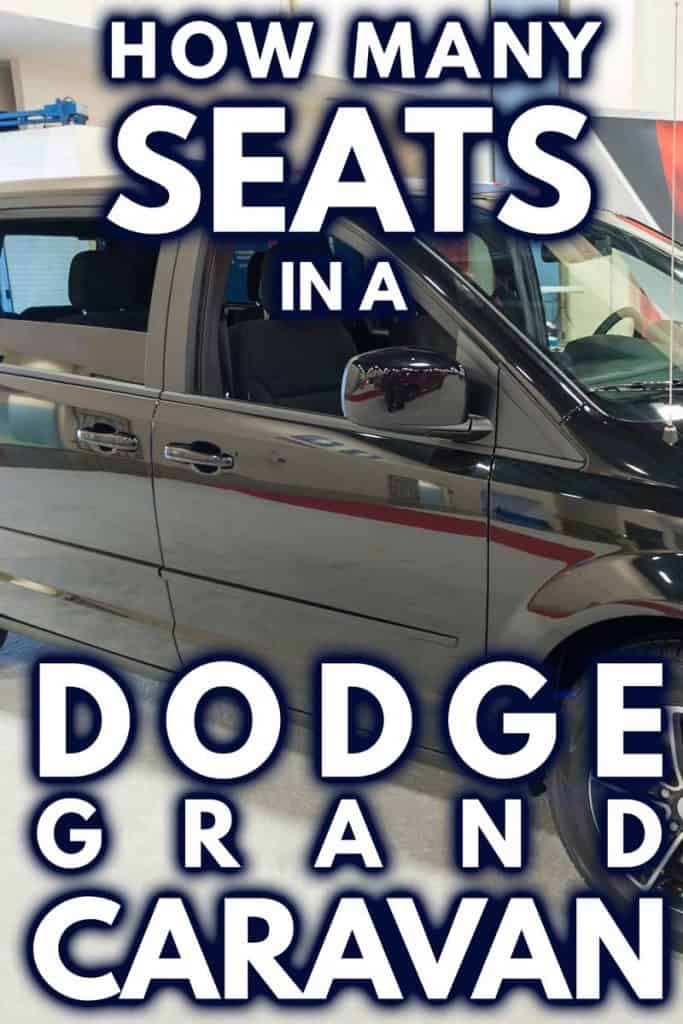 It’s hard to believe that the idea of a minivan as a vehicle has ever been rejected. Minivans paved the way for comfortably hauling up to eight passengers in a family-friendly vehicle. The Dodge Grand Caravan is the king of minivans, especially when it comes to seating configurations. Those configurations bring a question to mind: How many seats are in a Grand Caravan?

There are several models of minivans on the market that offer up to eight seats. For the Grand Caravan, though, their inventive interior designs have kept seating to seven. Read on in this post as we explore the unique seating features of the Grand Caravan. We also learn how Caravan enthusiasts have found a way to customize seating for eight.

Does Dodge Grand Caravan Have 8 Seats?

The Grand Caravan isn’t designed for eight seats. Seven passengers fit comfortably with two in the front, two in the middle, and three in the back. The middle row is designed for two riders in either a bench seat or two bucket seats with the Stow ‘n Go system.

If you can track down the 1985 SE Grand Caravan, you will find seating for eight.

How To Get eight Seats In A Caravan

The Grand Caravan has been around for a long time. Devoted Caravan owners that needed eight seats have created makeshift seating to accommodate eight riders.

In our research, we came across two ideas from Caravan owners that might get you that extra seat. Some owners have successfully installed a third-row bench seat in the second row. The third-row bench seats three, thus the ability to seat eight—two in the front, three in the middle, and three in the back. However, the Caravans that this solution worked on only included models that pre-dated the 2000s.

This idea isn’t great unless you want to climb over seats. The downside to installing the third-row bench in the second row is access to the third row becomes blocked.

The other suggestion we came across was to find the optional 50/50 third-row bench seat and install it in the second row. The third row can be accessed by folding one of the halves. Again, this worked only on those earlier generations of Caravans.

Now, we are not advising that you rearrange seating to accommodate eight, but it does appear to work on much older vehicles. It all depends on the model of Caravan and the seating options that were available as well as interchangeable.

How Many Passengers Does Dodge Caravan Hold?

With its many seating configurations, the Grand Caravan accommodates seven passengers. Two riders in the front, two in the middle, and up to three in the rear.

Does Dodge Caravan Have A Bench Seat? 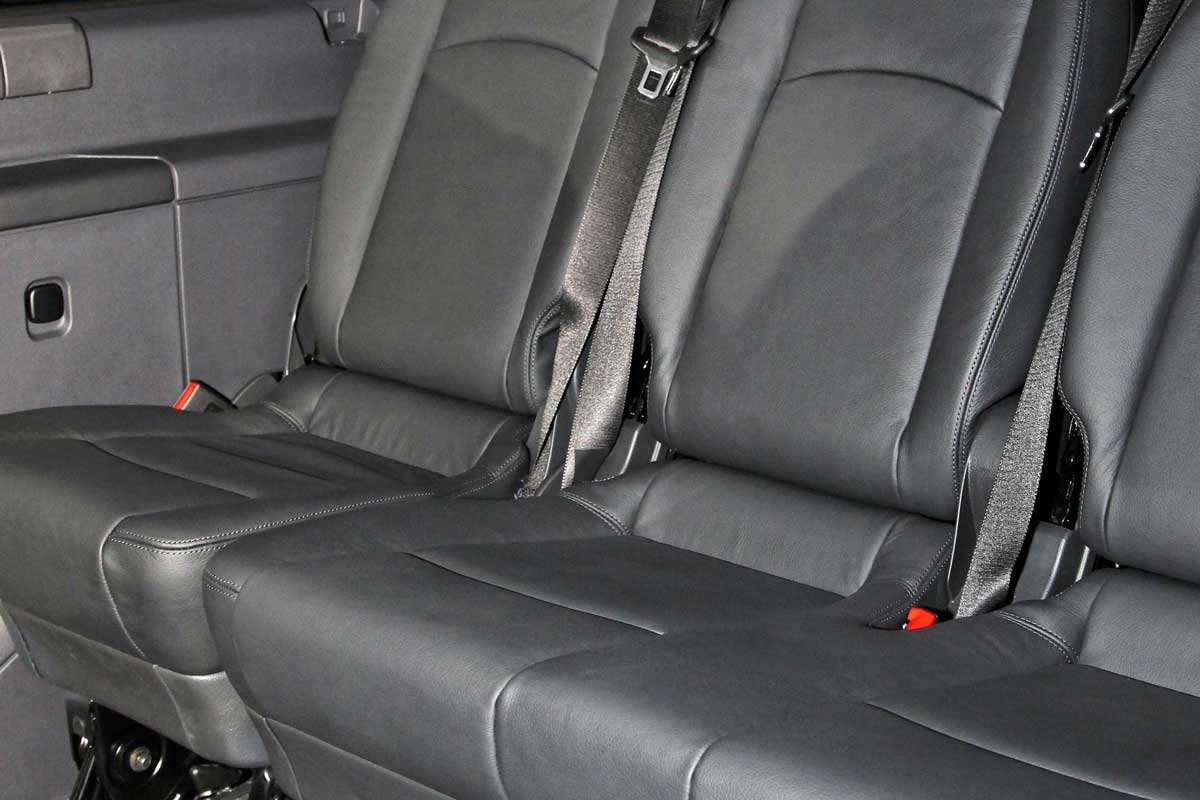 The Grand Caravan has a bench seat in the third row for all its trim levels. Certain trim levels have a second-row bench seat.

A second-row bench seat and third-row Stow ‘n Go bench seat are standard on the SE, SE Plus, and 35th Anniversary SE Plus. Second-row bucket seats that fold into the floor are available as an upgrade.

The SXT and 35th Anniversary SXT trim levels come with second-row bucket seats and the third-row Stow ‘n Go bench seat. The option for a second-row bench seat is not available.

How Much Cargo Can The Dodge Caravan hold?

One of the main perks of the Caravan is its massive storage space. Let’s break it down in cubic feet.

The cubic footage when seats are up and down:

Let’s look at the space in terms of area.

When both the second and third rows are down the storage dimensions are:

The Grand Caravan leads the way in accessible cargo space. The brilliant Stow ‘n Go seating system is a cinch to use. The seats do not need to be physically removed; they fold into the floor.

And if you need all the seats for riders, the space in the floor—yes, under your feet—is ample. The storage is covered, hidden away, and leaves plenty of legroom for stretching out.

Do The Seats In A Dodge Caravan Fold Down?

The second-row seats on the Grand Caravan fold down flat. The Stow ‘n Go seats fold into the floor. No need to remove them and find a place to store the seats.

The third-row seat folds flat into the floor. It’s versatile with a 60/40 split-bench. The split means that you can utilize the bench for one, two, or three passengers but still have access to cargo space.

Mixing Up The Seating

Chrysler has had some ingenious ideas for seating in the Grand Caravan for the past few decades. Introducing the Stow ‘n Go seat was a game-changer for this minivan and maximized space and comfort for passengers.

We’ve seen it all in the Grand Caravan. In 2007 we got the “Swivel ‘n Go” seats, which can flip around to face the third-row riders. There was even a detachable table! Now in 2019, we get “tailgate” seating. The third-row bench seat can flip to face the cargo hold when the hatch is open, an arrangement perfect for a tailgate party behind the vehicle.

There are so many ways to mix up the seating in a Grand Caravan. You can fold all the seats flat, haul some furniture, and have room for two riders. Or fold down the third row with your family of four and head to the beach with a trunk full of Boogie boards. But always know that the Dodge Grand Caravan has room for seven.