Cars today are capable of a myriad of things, from data tracking to self-parking. What happens, though, if you try to put your car into park while you're driving?

When you shift your vehicle from "Drive" to "Park," you activate the parking pawl and stop the movement of your transmission. The abrupt shift from being in motion to being stationary while on the road can severely damage your transmission and its affiliated parts.

In addition to these consequences, this guide will also explore

It's best to be safe than sorry on the road. With that in mind, let's dive into the consequences of gearshift experimentation to see what you can do to your car if you play too hard with its settings. 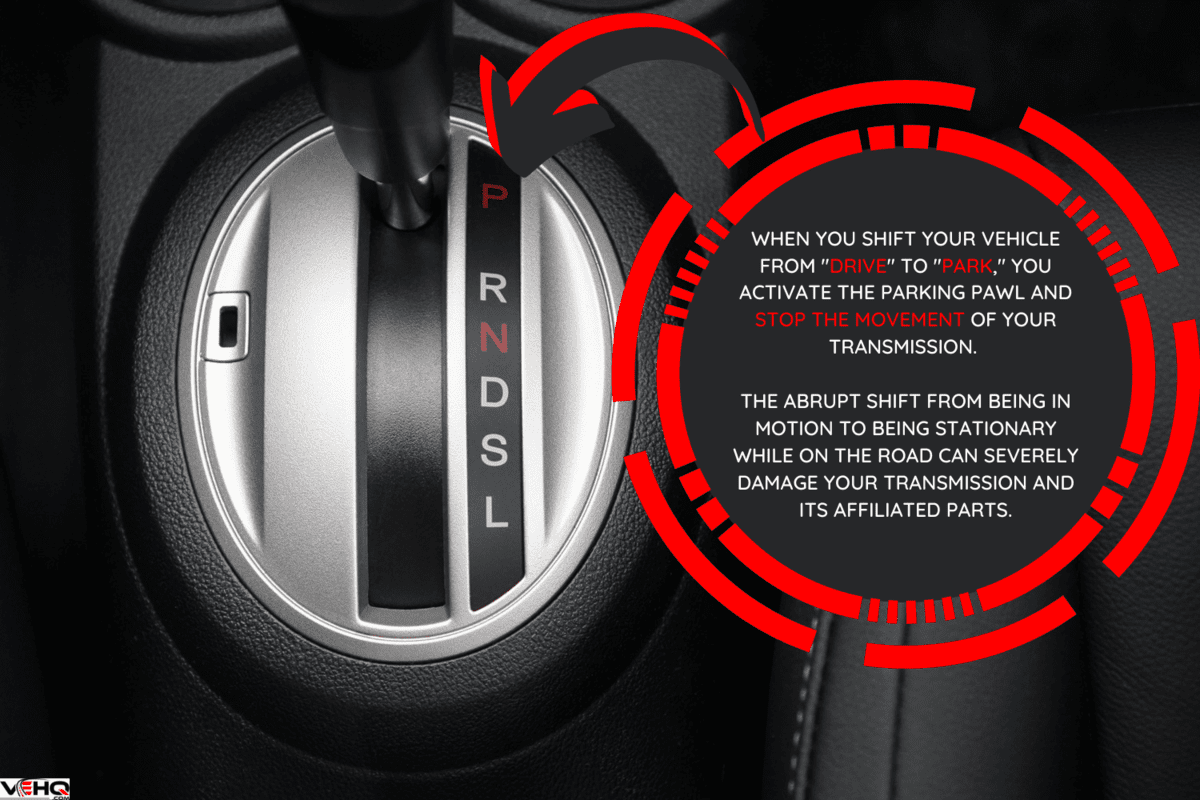 What Happens If You Put A Car In Park While Driving?

The reasons you may want to push your car from "Drive" to "Park" may vary. Maybe you're trying to avoid an accident just ahead of you, or maybe you're just curious. Either way, the urge to learn more about what your car can handle is understandable.

That said, what does happen if you shift gears like this on the road?

When you park normally, the parking pawl - which looks like an unpadded brake inside your transmission - will press against one of the notches on your output shaft's gears. This pressure is meant to quickly but safely bring the car to a stop, as the placement of the pawl will keep your output shafts from turning.

If you try to put your car into park while on the road, the parking pawl will attempt to do what it normally does. However, your transmission will still be in motion. As your pawl tries to stop your output shafts from turning, it can endure significant damage, as can the gear that turns your shafts. Once you do manage to come to a stop, your transmission will have suffered significant damage, to the point where there may even be metal shavings on the road behind you.

In short, don't try to pull this maneuver off while on the road unless you're in the market for a tow and a new transmission.

Read more: Why Is Driving So Hard? [And 7 Ways To Make It Easier] 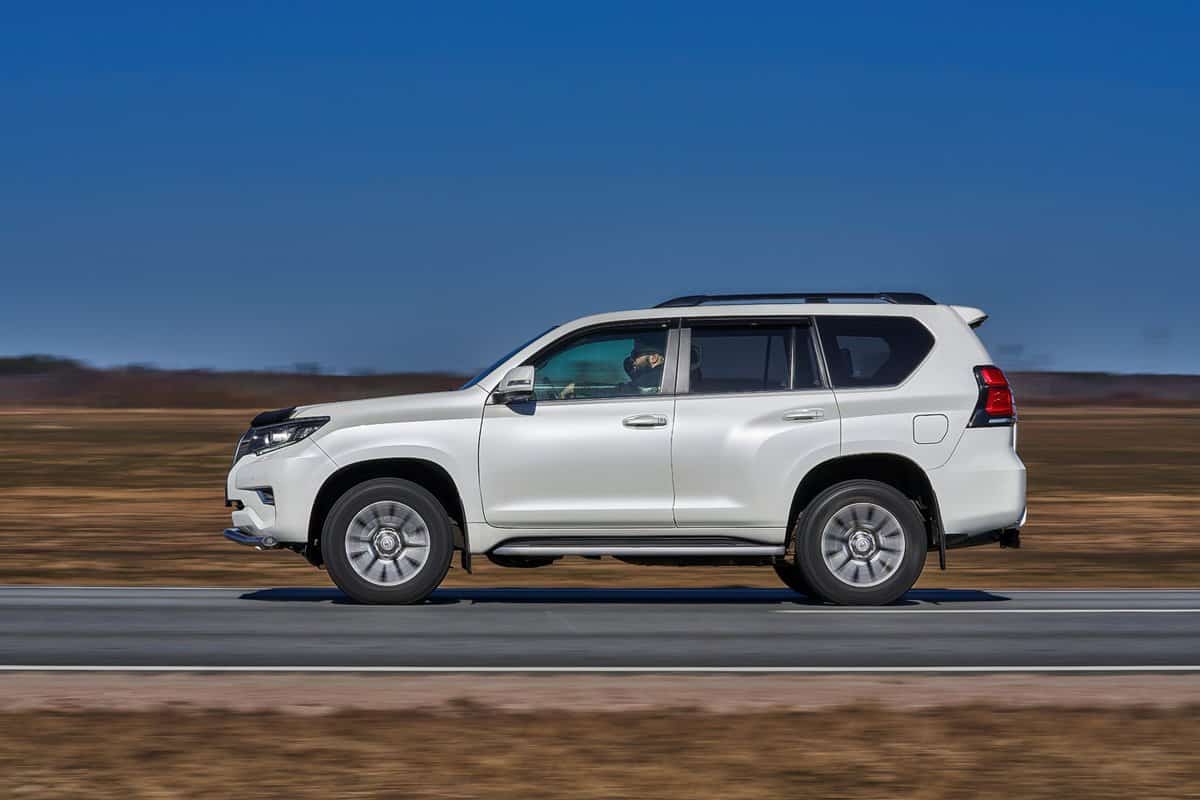 Can You Even Put A Moving Car In Park?

With those consequences in mind, you may be wondering - is it even possible to put a car in park while driving at high speeds in the first place?

The good news is that in newer cars, it's significantly more difficult to do just that. Newer cars have a safety mechanism in place that holds the parking pawl still when a vehicle surpasses a particular speed. While braking at lower speeds can still damage your transmission, this safety mechanism is designed to protect the car - and you - from the worst of the potential consequences.

That said, older vehicles without this protective measure can shift from drive to park in no time at all. Cars with automatic transmissions are going to take the transition harder than those with manual transmissions, but that doesn't mean you should try this out on either type of vehicle.

What Happens If You Put A Car In Reverse While Driving? 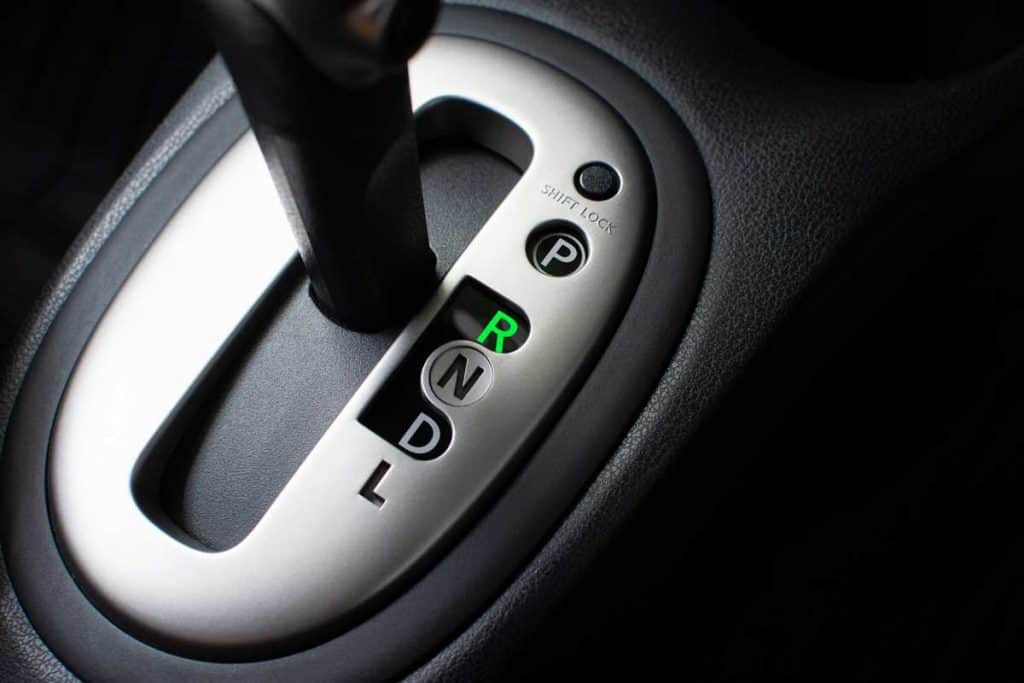 So, it's definitely not recommended that you put your car in park while driving forward on the road. Can you put your car in reverse while driving, though? It seems like the option should be available — after all, drive and reverse are only a shift away from one another on an automatic gear shift. Plus, you see pop culture icons like James Bond pull this maneuver off all the time.

Unfortunately, pop culture and its affiliated conjecture could not be more wrong. Throwing your car into reverse while you're driving forward is a sure-fire way to utterly wreck your transmission.

That said, older cars respond to the drive-to-reverse shift a little - but not a lot - better. Why? Because older cars don't come equipped with reverse-inhibiting functions, and their systems are separate from one another, unlike the cars of the 21st century.

What'll happen, then, if you throw an older car into reverse after driving forward? On your luckiest day, nothing. More often than not, you'll stall out your engine or the whole of your car will slow down and treat its systems as though it's in neutral. This is still an extremely unsafe way to drive, so it's recommended that you avoid this kind of experimentation - regardless of how cool James Bond looks performing his various, impossible vehicular maneuvers.

Read more: Should I Drive With Overdrive On Or Off?

What Happens If You Put A Car In Neutral While Driving? 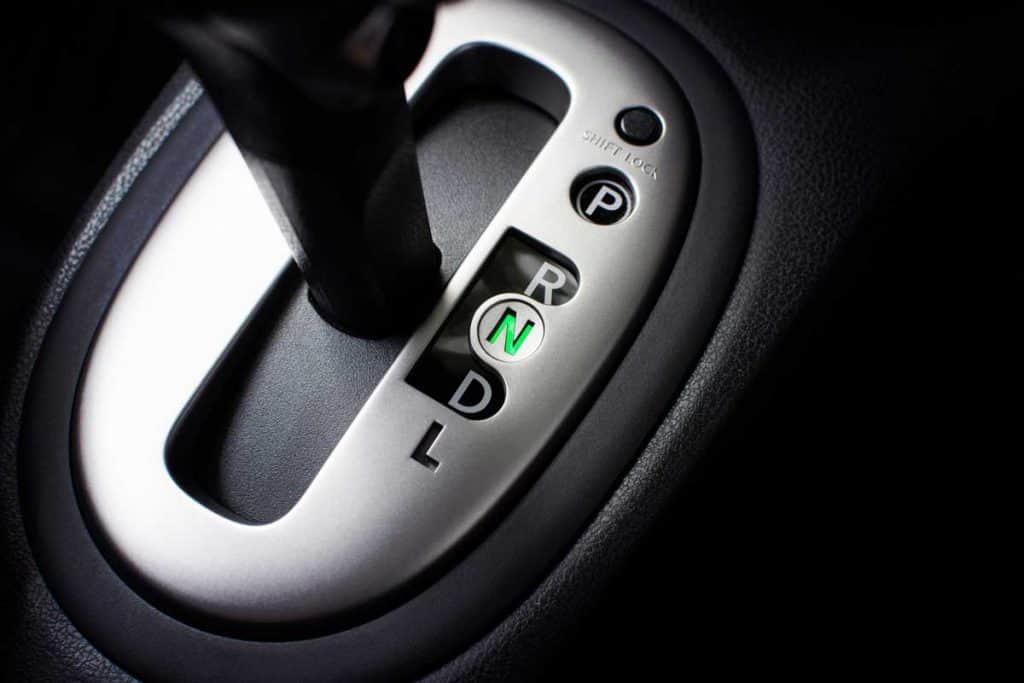 Some drivers argue that by shifting into neutral before stopping at a stoplight or stop sign, they improve their vehicle's gas mileage. This isn't always the case, but your mileage will vary - literally. Just be careful not to fiddle with the gear shift too much. The last thing you want to do when shifting into neutral is shift into reverse instead.

Why Does My Car Move Forward When In Park? 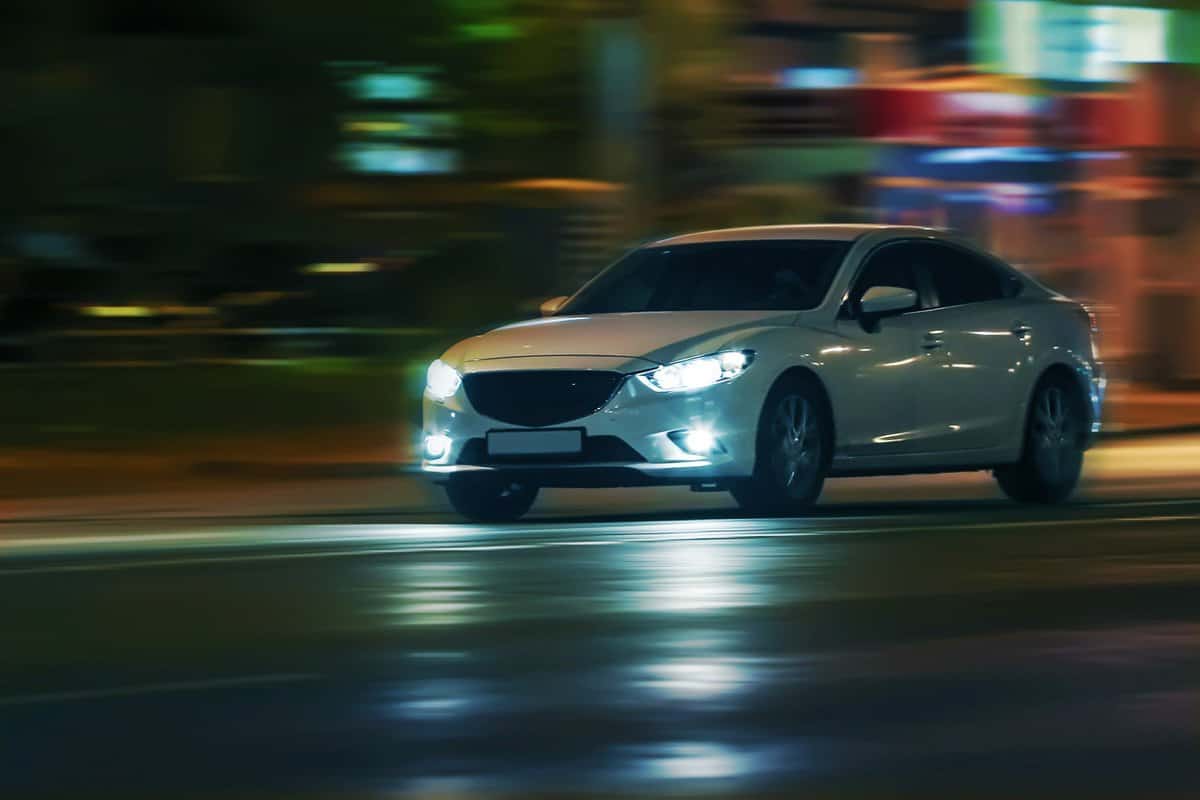 It's not always easy to understand the ins and outs of your car. One inalienable fact, though, is that once you put your car in park, it should not be moving unless another vehicle or force is moving it. If your car moves forward after you've placed it in park, you need to take it to the shop as soon as possible.

More often than not, a car that moves after you've placed it in park is a car with a transmission that's nearly bit the dust.

Ideally, your car's transmission should keep your car from rolling when you're on an uphill slope or parking when the level doesn't match the gear. A failing transmission limits your control over  your level, making it more difficult to park your car or respond adequately to changes in incline while you're on the road.

That said, a little bit of roll - less than an inch after you've parked - is fairly normal for a car, especially those on the older side. If your car rolls more than an inch, however, you need to call your favorite repair shop and have your transmission checked right away.

When Parking, Should You Put The Car In Park Or Pull The Handbrake Up First? 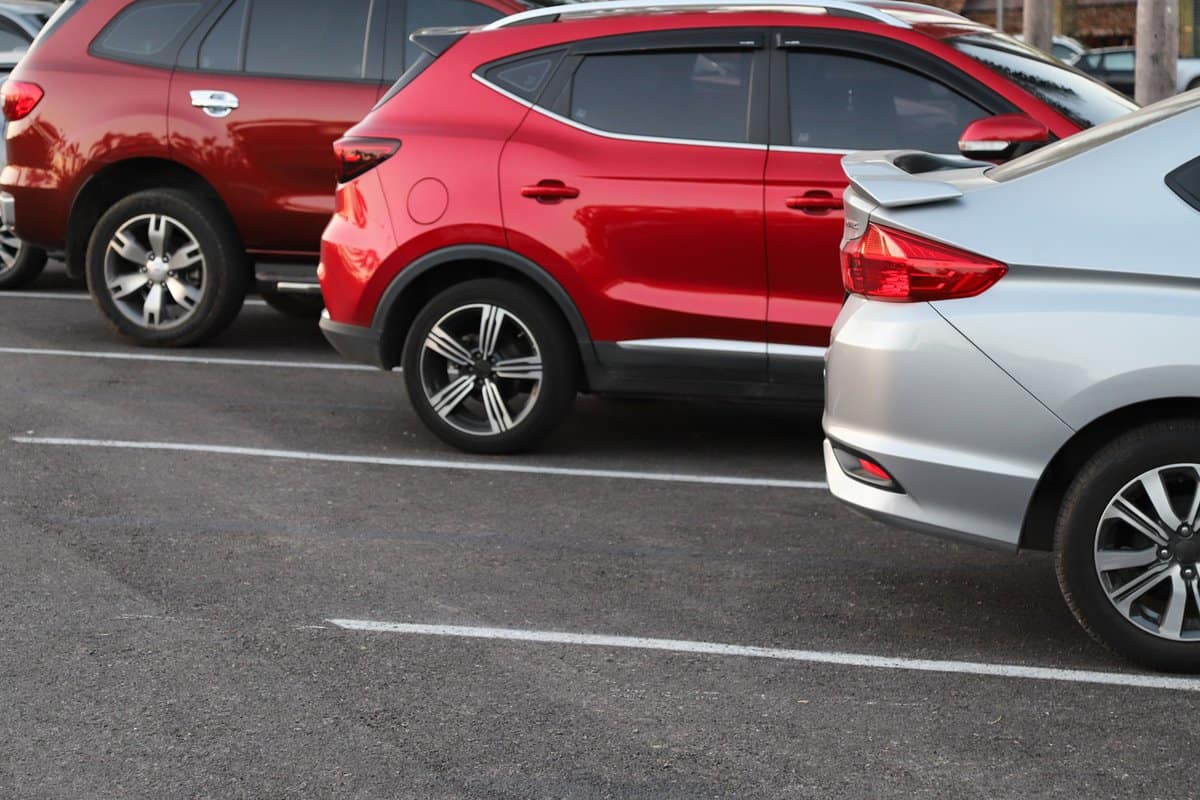 Some drivers choose to use their handbrakes when they've parked, and others don't. If you're not in the habit but want to experiment with your parking, what comes first: the handbrake or the gearshift park?

In a vehicle with an automatic transmission, you'll want to activate your handbrake before putting your car into park. When you do this, you bring the car to a full stop before shifting the transition, limiting the chance that your lever may jump during the parking process. Likewise, you'll want to put your car in drive or reverse before taking your hand off of the handbrake when you go to leave a parking spot.

What, then, is the general takeaway here? Do your best not to fiddle with your gearshift while you're on the road. Moving your gearshift into neutral, as mentioned, won't damage your car, but trying to pull a James Bond stunt most assuredly will. You need to keep your transmission as safe as possible while driving, which means treating your car with respect and using all of its gadgets appropriately.

Unless you're really in the market for a new transmission, leave the stunt work and vehicular experimentation to industry experts.

And before you go, be sure to check out these other guides that will build up your automotive knowledge -

Car Won't Accelerate When Pressing The Gas - What Could Be Wrong?

My Car Is Leaking Oil When Parked - What To Do? 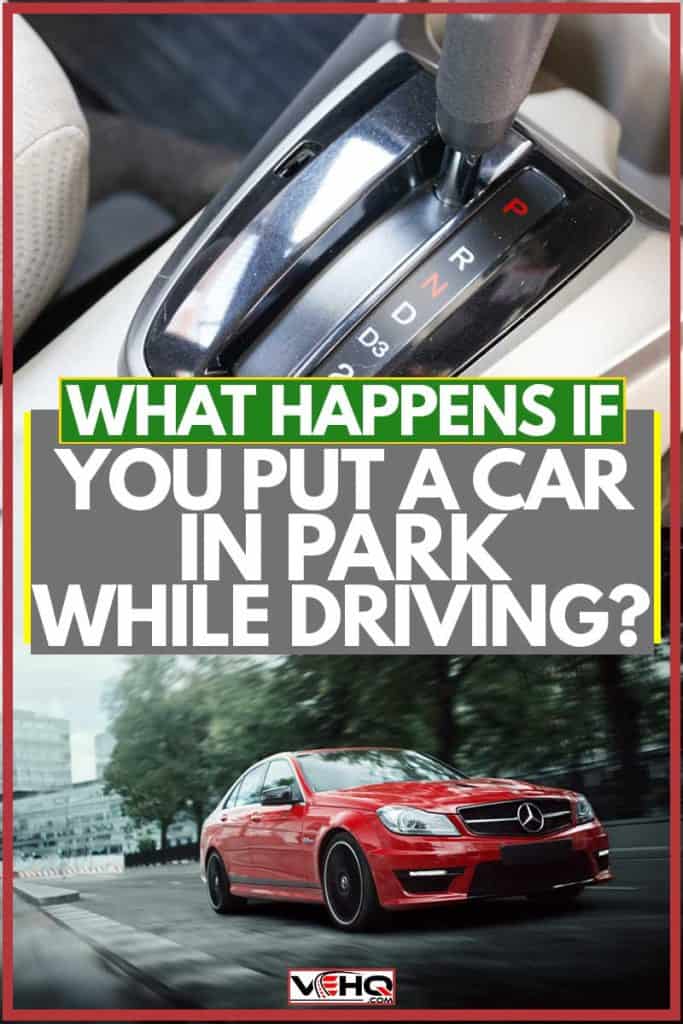 Hi, I put my car on park while driving in 10mi/hr speed.. but only once, does it mean that I already damaged the gears on transmission?