If you are unsure of the year your dirt bike was made, there is an easy way to determine this that you might not have considered. The VIN contains that very information if you know where to look for it. We can help you with this task. We researched how to decipher VINs from numerous professional sources so that you'll know what to look for.

The 10th character in a VIN will identify what year your dirt bike was manufactured. This character is matched to one on a VIN chart, revealing the model year. This method is only good for vehicles that were built after 1980.

Now that we know how to determine the year of your dirt bike, we'll look at the VIN chart and some examples. You might also be wondering what other characters in a VIN mean or if a VIN can tell you what model you have. For the answers to these questions and more, read ahead in this post to see what our research has uncovered. 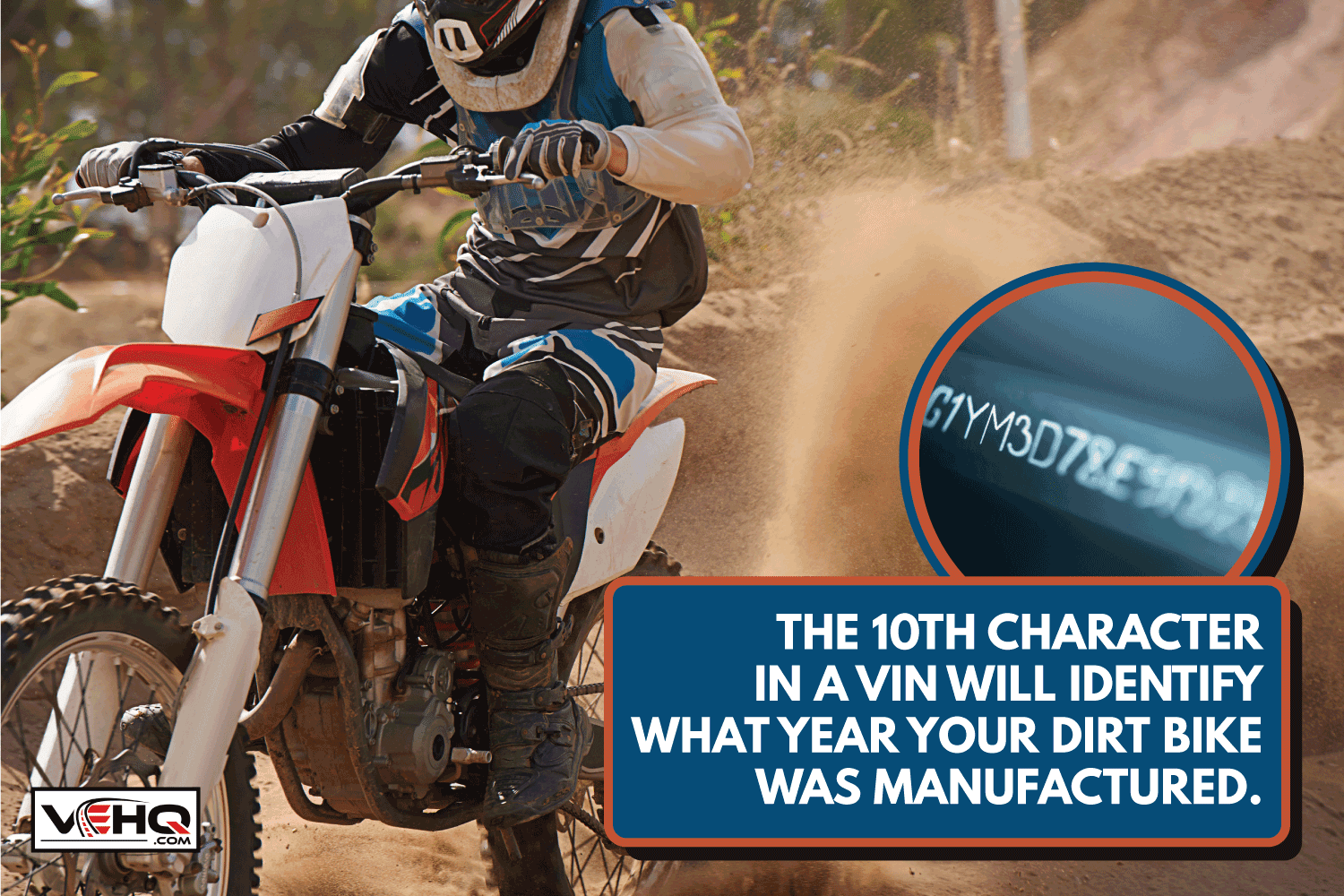 Decoding the 10th character of the VIN

You can use the 10th character of your dirt bike's VIN to determine what year the vehicle was manufactured. Because this character is a single letter or number, you will need to use a VIN decoder chart to get the necessary information.

The chart below lists every year since 1980. Before that year, the VIN was not uniform across all manufacturers.

All letters except I, O, Q, U, and Z are represented. All single digits except for zero are also used for identification purposes.

Suppose you see that the 10th character on your VIN is a 6. Using the chart, you can determine that your dirt bike was manufactured in 1996. If your VIN shows the letter G, your bike was built in either 1986 or 2006.

The 10th character is but one particular piece of the VIN puzzle. There are 16 other characters, each of which can be used to help you decipher important information about any vehicle. 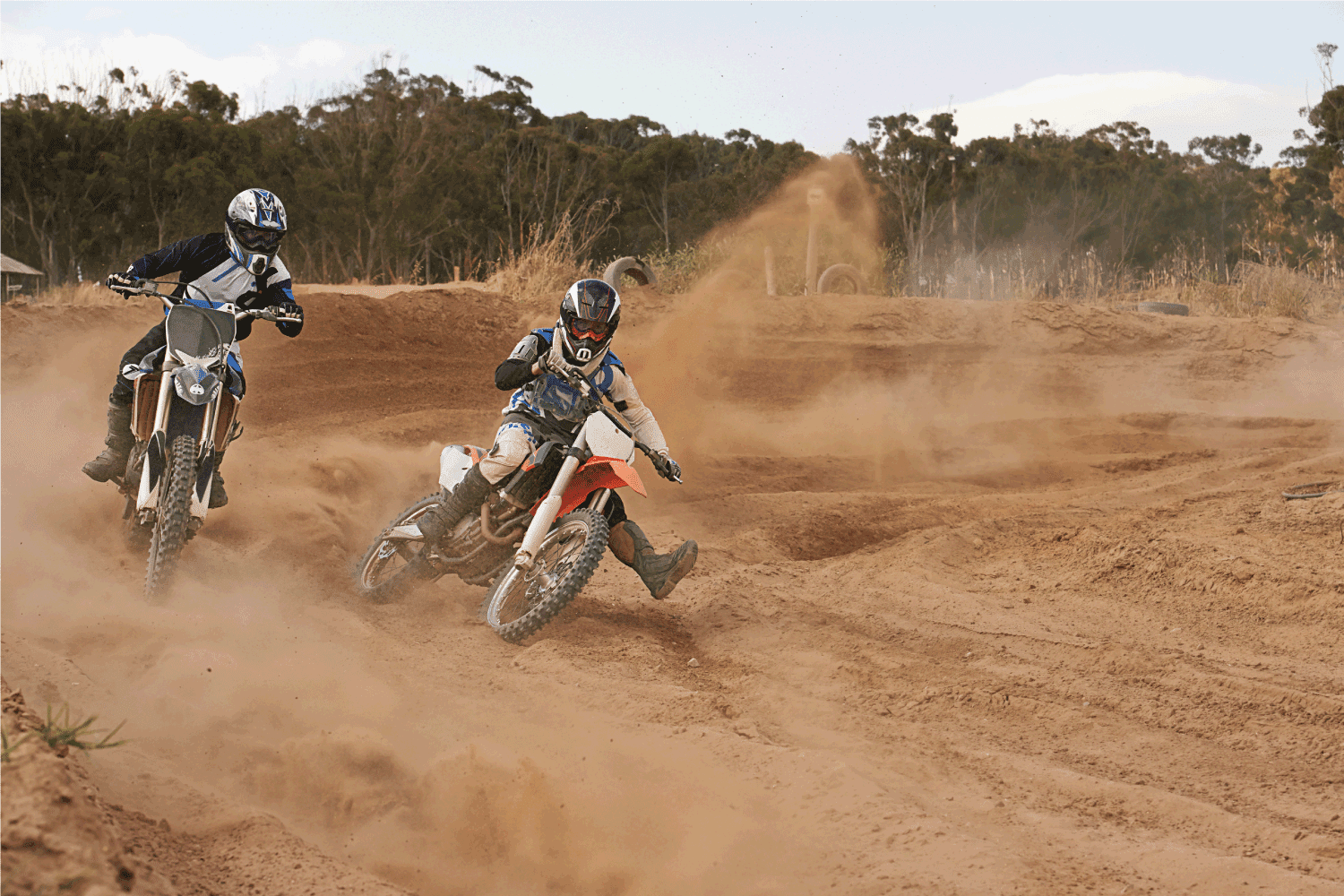 How to decode an entire VIN

The VIN can be used to determine what country your vehicle was manufactured in, what engine type it has, and even what manufacturing plant produced it. Being able to determine this information requires you to know what individual characters symbolize, as well as what several series of characters mean.

We'll go through the VIN from left to right. This will give you a good idea of what to look for when studying your VIN. By reading this section, you'll be a whiz at decoding the VIN on any vehicle. Whether it's a car, truck, or dirt bike, you'll have the information to provide yourself and others with details on a vehicle you otherwise might not have.

This 17-digit code can be easily deciphered if you know what you are looking for. 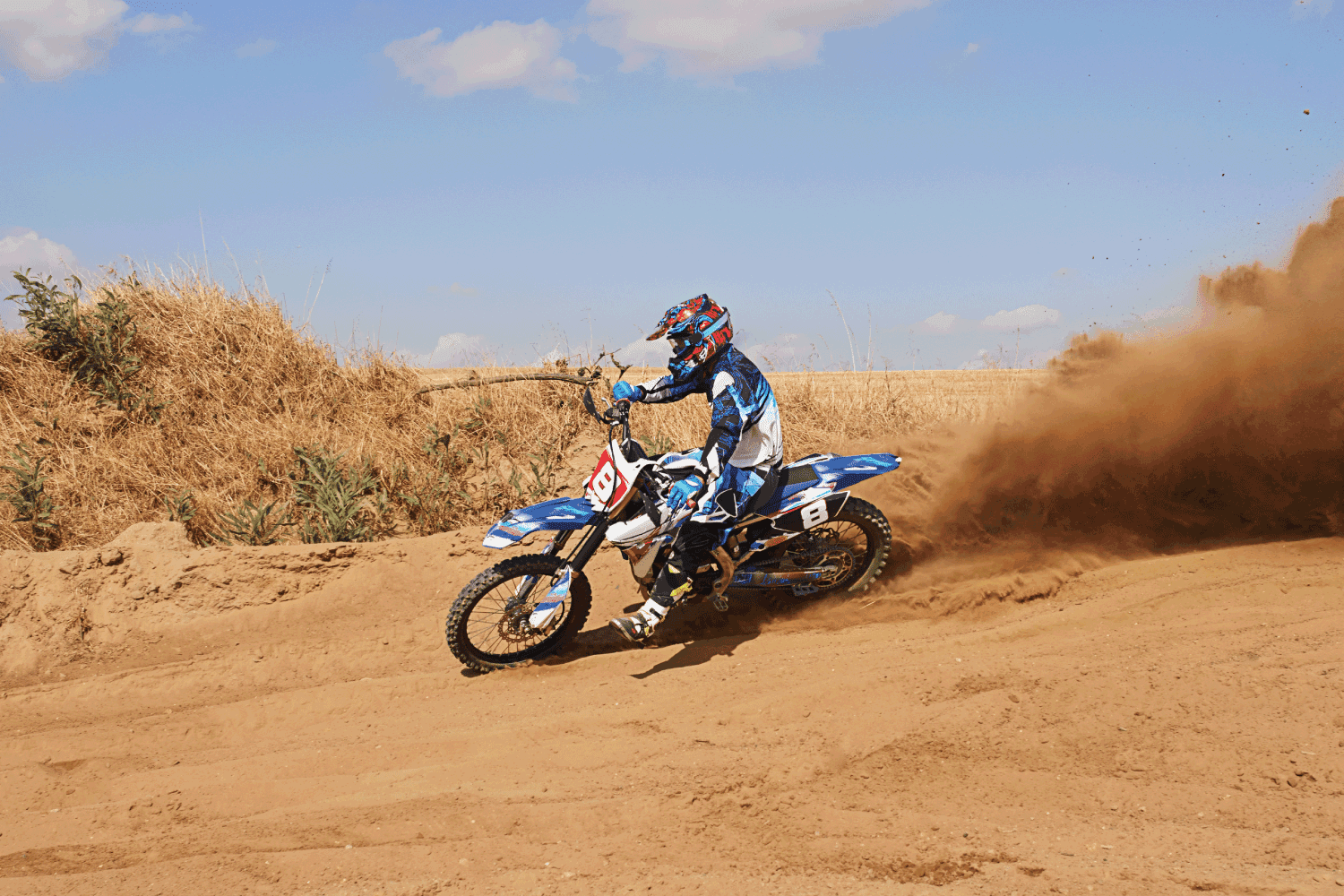 Characters one through three

The next five characters will give more specific information about the vehicle. After decoding the first three, you know where it was made, the manufacturer, and the vehicle type. You can now get the finer details identified.

The fourth character will then describe the weight or the horsepower. The fifth character represents the vehicle's platform. So, if it's a two or four-wheel drive truck, a sedan, or a minivan, this character has a code for it.

The sixth character reveals the model. For example, if you know from earlier that you have a Honda, this will tell you if it's an Accord, an Element, etc.

The seventh character describes the body type [2-door, 4-door, convertible, etc.] The eight characters give specific information about the engine type, like the number of liters, cylinders, etc.

This is considered a "check digit" from the manufacturers. This is used to identify any errors that might have been made when entering VIN information. Even though it does not identify any part of the vehicle, it is important for retrieving the correct vehicle information.

Earlier in this post, we revealed that this character shows the year the vehicle was manufactured.

The 11th character is how you can determine what facility built your vehicle. Because of this, it is also known as the Plant Code.

If you have difficulty locating all the various charts you need to decode your VIN, Fax VIN has an automated decoder you can use for free. If you enter your VIN, you'll get an instant answer for all of the above. 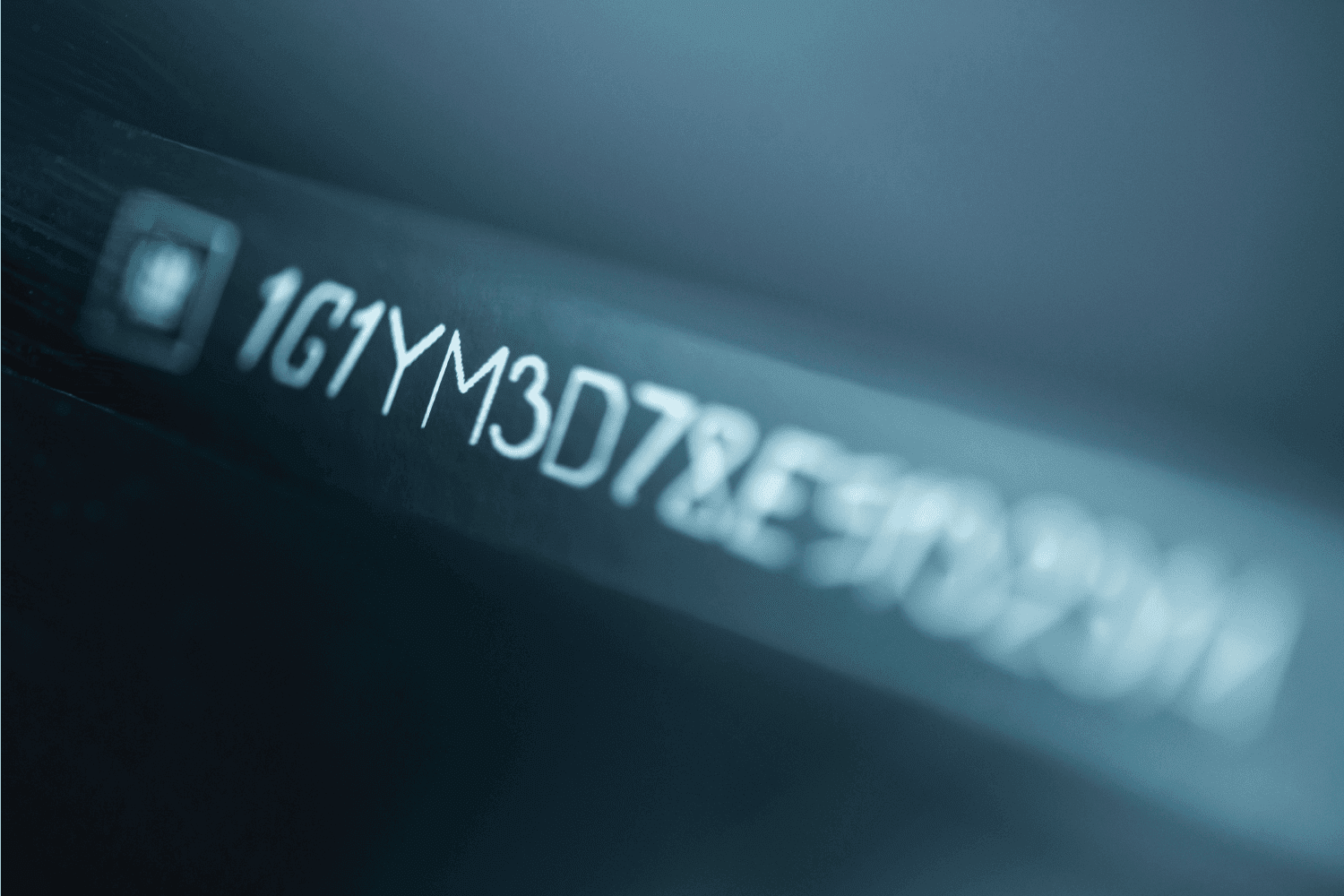 Can a VIN tell me what model I have?

You can look to study a VIN and determine what model vehicle it has been assigned to. To do this, you will need to find the sixth character from the left.

This character will be a letter or a number. You can match this to a VIN chart to determine the model vehicle on the VIN.

What are the best free VIN decoders online?

There are a good number of ways to get a VIN decoder online. Some will charge a small fee for this service. With some careful consideration, you should be able to find reputable sites that will do this for free.

Below, we've compiled a list of the best free VIN decoders online. All you will need is the VIN. Type it into the field, and you'll have the VIN decoded in an instant.

Where is the VIN located on a dirt bike?

Like with cars and trucks, a dirt bike will have the VIN secured in several places. Begin by looking at the upper part of the front forks. You will find an elongated metal tag fastened here. You should also be able to find one located on the frame near the gas tank.

If you are searching for the VIN on a used bike, you will want to ensure that they match. Generally, bikes that have been damaged and have parts replaced might not have matching VINs. Comparatively, if a bike has been assembled with stolen parts might not have to match VINs either. 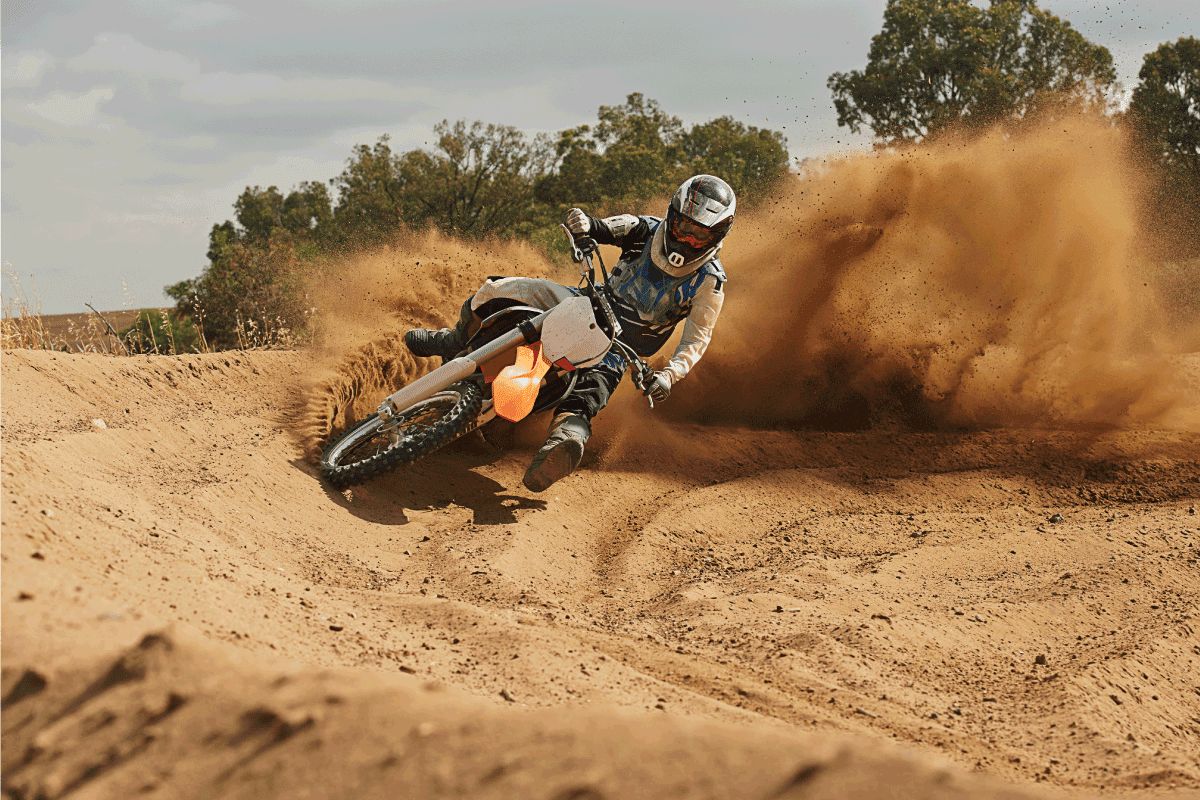 Whether you need to identify the year of manufacture for a dirt bike, a truck, or a van, the 10th character of a vehicle's VIN can be used to do so. The VIN 17 characters can be used to get all sorts of helpful identifying information, including the engine type, country of manufacture, and model. This can be accomplished using a series of VIN charts or an online VIN identifier. Drive safe!

We hope this post on dirt bikes answered all of your questions. For additional helpful information, we suggest reading the following posts:

Toy Hauler Dimensions: How Wide And Tall Are Toy Haulers