If you're trying to figure out what engine a Ford F150 has. You've come to the right place for an answer to your question. Whether you're seeking general information or want to make sure your purchase is correct. Continue reading since we've done all the research for you.

To determine the engine of the Ford F150, locate the Vehicle Identification Number (VIN) beneath the windshield of the driver's side of the vehicle. Then, check the eighth digit of the 17 digits of the VIN because this provides information about the engine, signifying:

We've provided more detailed information regarding identifying the engine of your Ford F150, so keep reading to find out more. 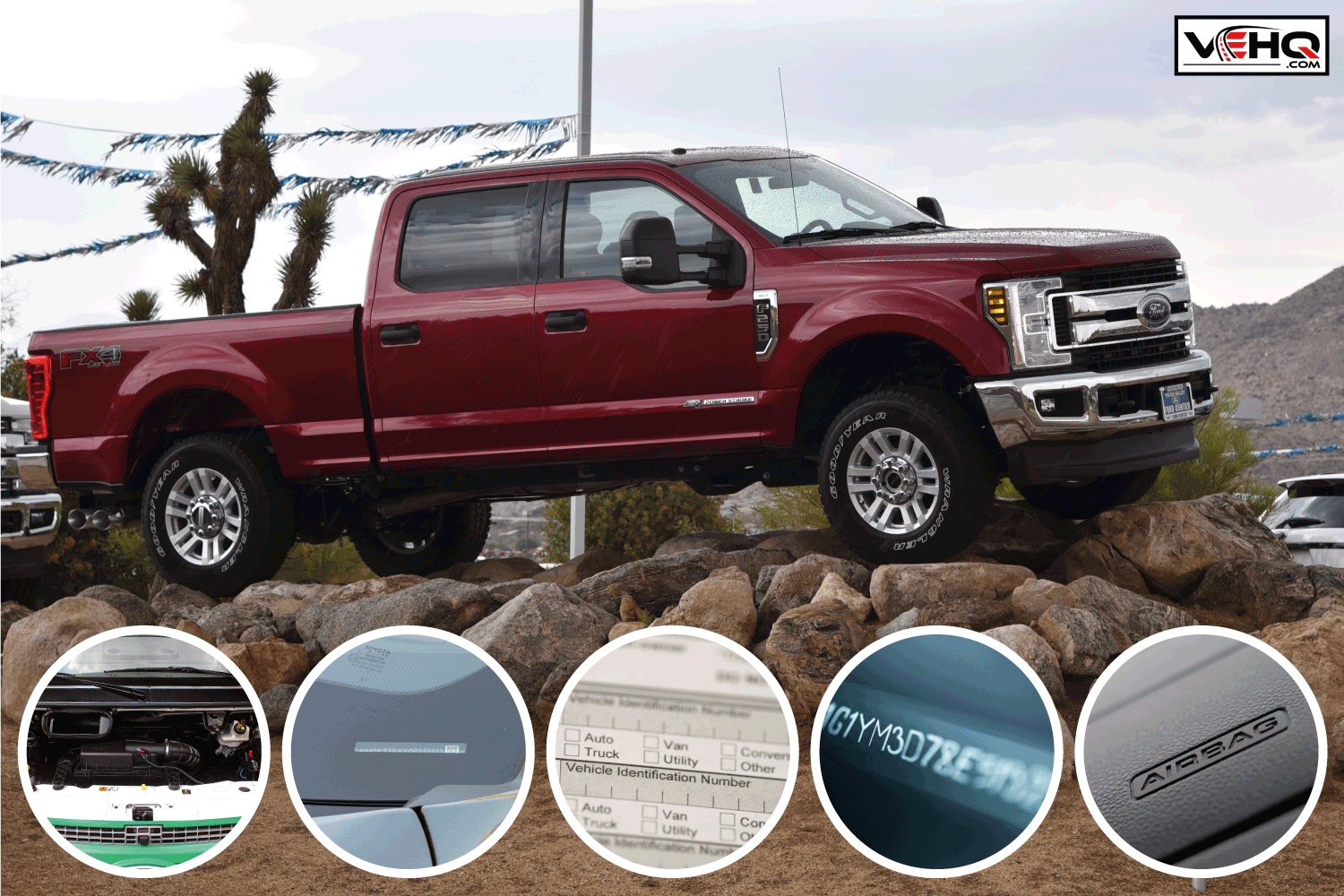 Where To Look To Tell What Engine Is In The Ford F150?

A VIN is assigned to each vehicle, containing pertinent information about it. The eighth digit of the 17-character VIN for Ford automobiles gives information on the engine. This information aids in determining the type of engine used in your car.

The VIN can be found on the dash, on the bottom corner of the driver's side windshield of the Ford F150. If you can't read the VIN from this place, look for it on the Certificate of Title and Registration or on the label on the driver's side door pillar, both of which have the VIN. 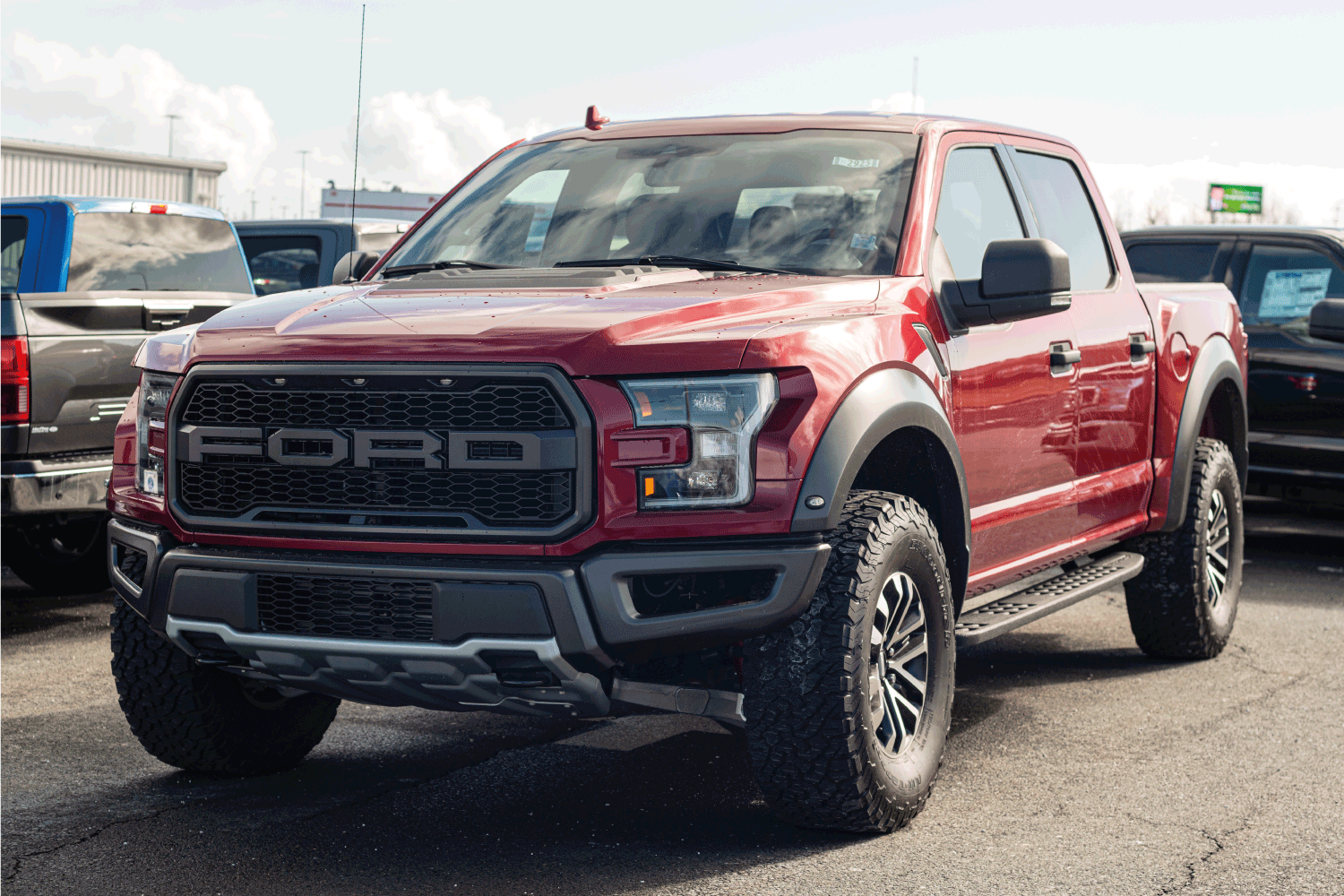 The VIN contains precise information about your Ford F150 in each of the 17 digits. Here’s  how to decode it:

The first digit contains data about the origin region. Because Ford F150s are manufactured in North America, the first character in a VIN will be the number “1”.  For reference, the standardized starting VIN characters are:

The second digit, when coupled with the first, the vehicle's production country is revealed. Because there are just too many countries and country codes to make an entire list of it here, we will just focus on the Ford F150.

The second digit will be an “F” because Ford F150 is an American-made truck. As a result, the "1F" at the start of your Ford F150's VIN indicates that it was built in the United States.

The third character in the VIN for a Ford F150 will be a "T," which Ford uses to designate multifunctional trucks. 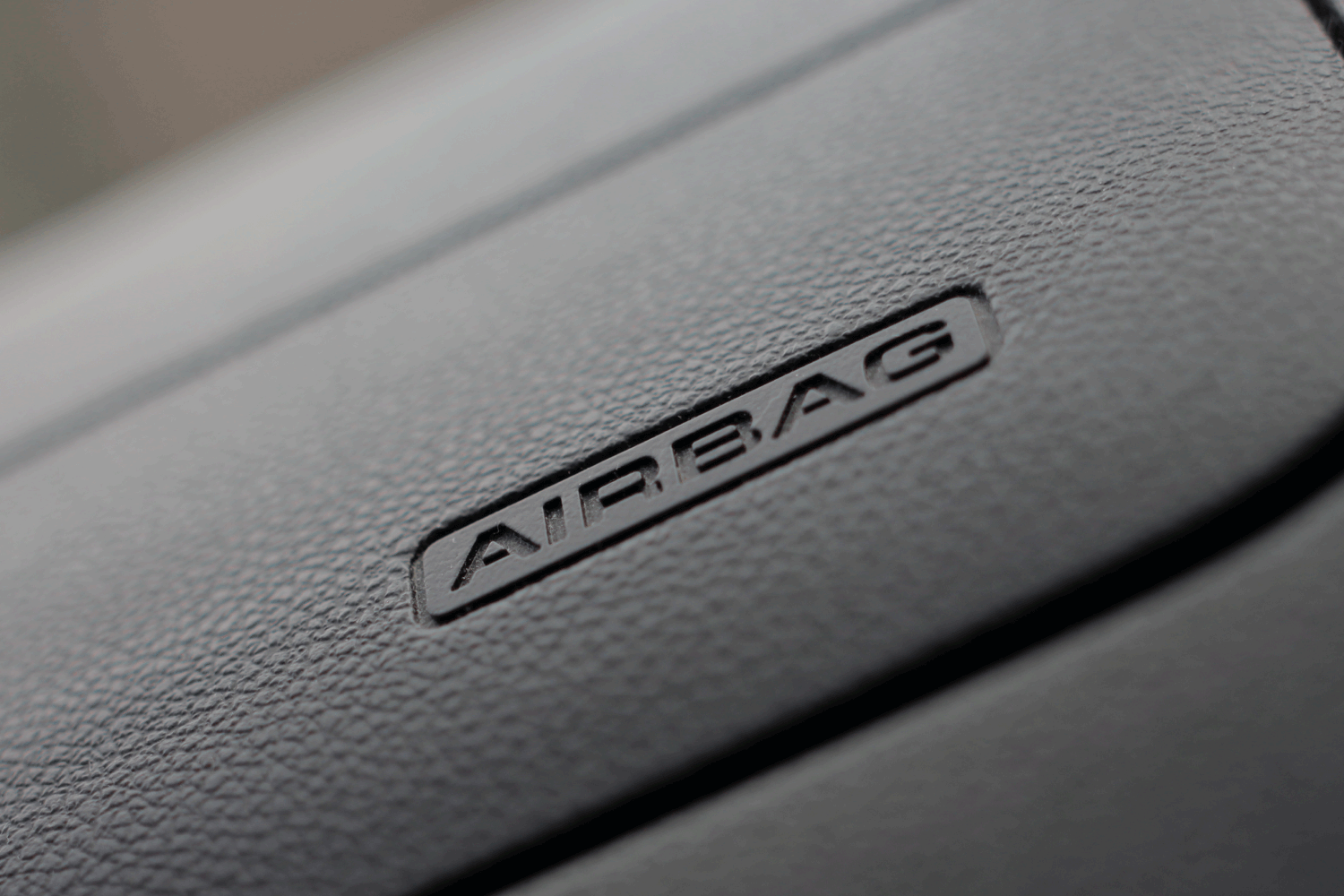 The fourth character offers details on many forms of restraints, including safety, suspension, and braking.

This is the digit that will expose the information if you have a particular heavy-duty truck with eight-lug wheels or a towing package. It could also signify a unique safety feature, such as special airbag concerns in the car.

The following fourth codes may appear on your Ford F150, with the accompanying information disclosing the type of safety and towing restraints installed:

The fourth placeholder in a VIN will offer information on towing capacity, in addition to the various restraint kinds revealed by each of the aforementioned digits. The "L" is the most common fourth character on a Ford F150, suggesting a towing capacity of roughly 10,000 pounds.

The fifth digit in the VIN indicates the vehicle's series. Because "Ford F150" might mean different things depending on the series type, this is a critical location in the VIN for ordering parts.

Within the same broad kind of vehicle, the fifth digit may recognize multiple body types and drive systems.

The fifth digit is helped by the sixth and seventh digits in learning more about the body type. These codes will indicate whether your F150 is a two or four-door vehicle.

The fifth through seventh codes in the VIN, when added together, can assist you in identifying engine size, driven wheels, body design, and other details. 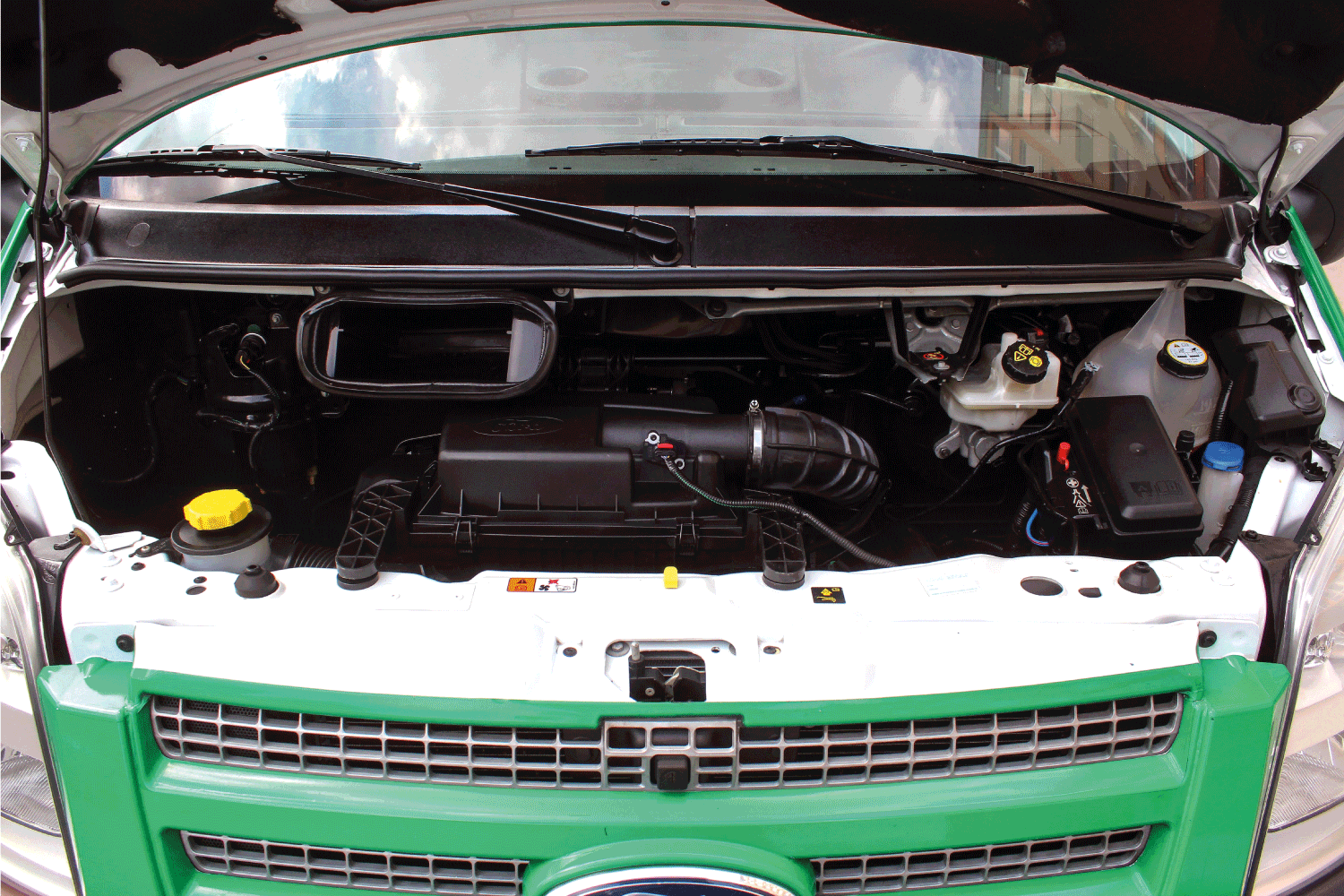 Your F150's engine size is indicated by the eighth digit in the VIN. This is a crucial code since automobiles from the same year can have varied engines to suit the needs of different purchasers. You will also be able to know what kind of parts are required to service your particular engine.

Depending on the year of your F150, you may have access to a variety of engines and engine sizes. The digit in the eighth place of the VIN will, in general, indicate the following engine configurations:

An in-line four (I4) engine is a four-cylinder engine. It has four cylinders placed in a single bank in a straight line along the crankcase. With all the pistons driving a shared crankshaft, this bank of cylinders can be arranged in either a vertical or an inclined plane.

This is a V6 engine. It is a six-cylinder piston engine with a common crankshaft and cylinders aligned in a "V" configuration. The letter "V" depicts the arrangement of cylinders in your engine.

This is a V8 engine. It is an eight-cylinder piston engine with a shared crankshaft and cylinders aligned in a "V" configuration.

This designates a V10 engine. It is a 10-cylinder piston engine with a common crankshaft and cylinders aligned in a "V" configuration. This engine arrangement is unusual.

A "T" is a relatively common eighth character in the Ford F150's VIN. This indicates that the engine is a V6 GTDI (gasoline turbocharged direct injection) with a displacement of 3.5 liters. It has a power output of between 264 and 272 kilowatts and runs on gasoline.

The check code is the ninth digit of the VIN number. For North American-made automobiles, including the F150, this is a randomly generated required code. It's used to identify VINs that aren't legitimate.

The number displayed changes and is produced at random by a complicated mathematical algorithm developed by the US Department of Transportation.

The production plant where the F150 was assembled is indicated by the code in position 11. This is typically overlooked as a minor digit in the VIN, but it can be crucial if you have a limited-edition vehicle. Also, if there is a recall that needs to be linked to a certain factory.

Light trucks, like the F150, will have one of the following characters in the 11th position, signifying the manufacturing plant:

The production line numbers are the last six digits of the VIN. This is a six-digit serial number that identifies the plant where the F150 was made.

The most common starting manufacturing number is 100001. When the last six characters of your VIN are 123628, for example, it signifies your F150 was the 23,628th produced at the plant.

Your car body shop will be particularly interested in these figures if the F150s in a certain series changed door handles at serial number 104520 and your F150 has serial number 106389.

Examining the Engine of Sample VINs of Ford F150

Let's have a sample and determine the engine, now that you have all of the key information contained in your F150's VIN. You only have to locate the eighth letter or number and identify the engine based on what is listed above on the 8th digit. These cars did not exist and are only used as examples: 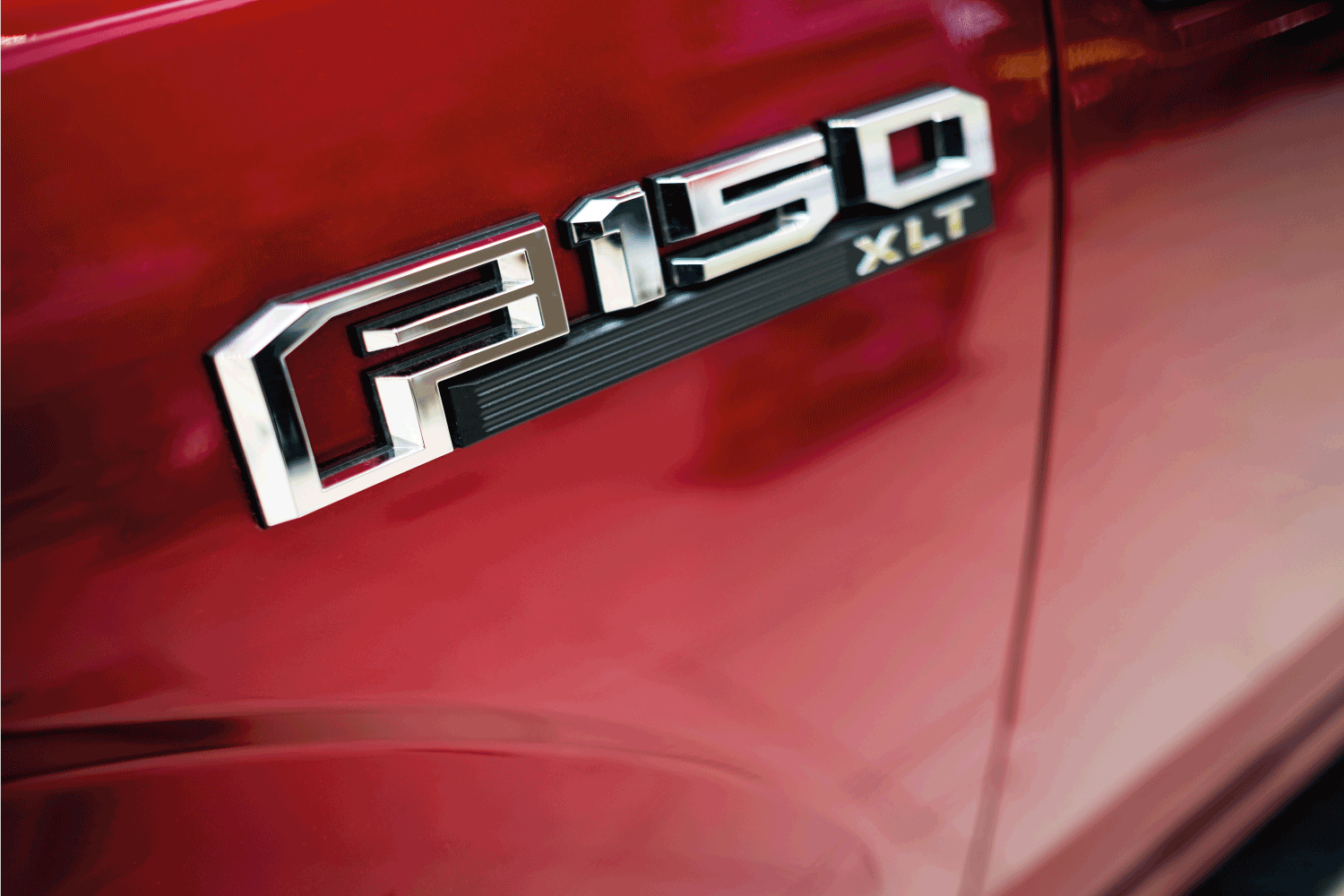 The F150 is equipped with a number of useful codes that can assist you in verifying all of the details of your truck. One of the most important is the VIN, which may be found on the driver's side window dash or door pillar.

A VIN provides a lot of valuable information, including the engine type of your Ford F150. Because this is such an essential code, vehicles with modified VINs should be avoided at all costs.

If you're interested in the F-Series truck lineup, learn more about the F150.

Why Does My Ford F150 Backfire?