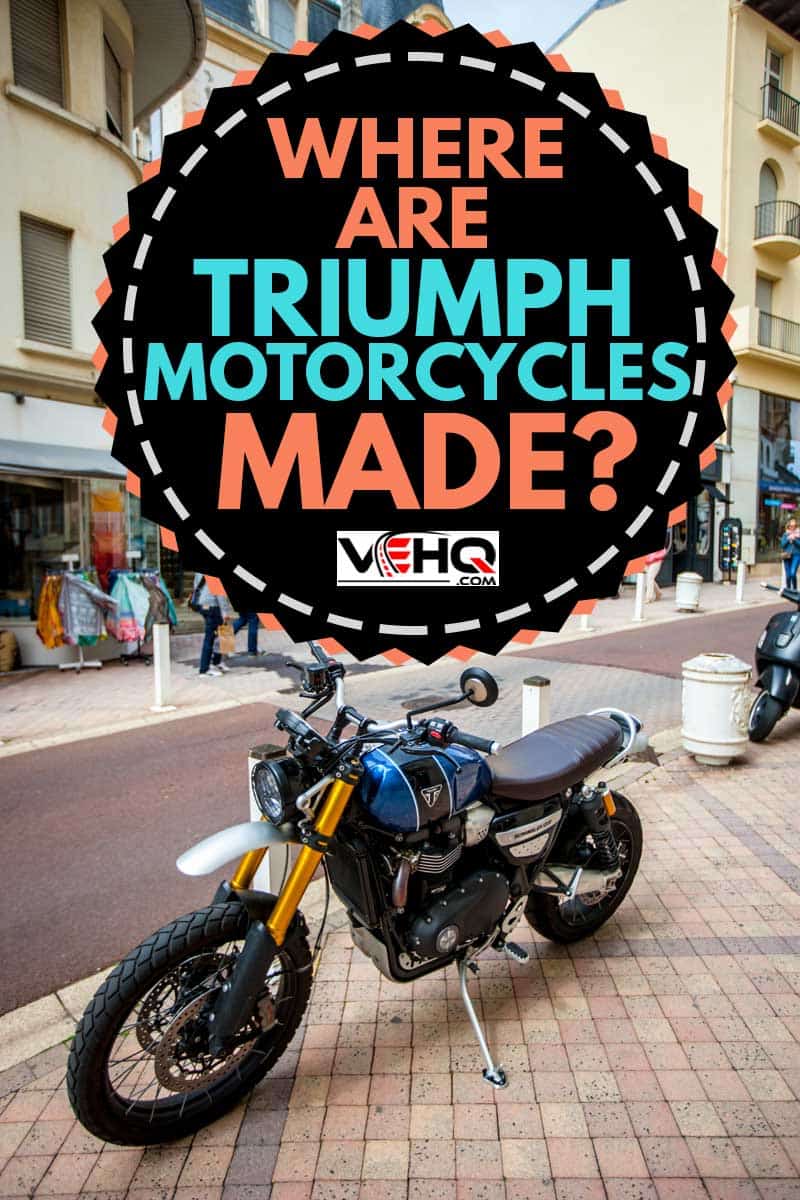 No matter where in the world you look today, you're likely to find a motorcycle manufacturer. The industry is constantly welcoming new ideas and allowing international voices to play a role in the development of upcoming bikes. Where, though, does the Triumph Motorcycle company call home?

Triumph Motorcycles is Britain's most prolific motorcycle manufacturer. The company has manufacturing plants in the United Kingdom, Thailand, and Brazil.

Whether you're thinking of bringing a Triumph motorcycle home or just looking to learn more about the manufacturer's history, read on!

Where Are Triumph Motorcycles Made?

Triumph began its life as a company in 1885. Founder Siegfried Bettmann resold bikes from all across Europe to the English, only branding more original makes when he partnered with Moritz Schulte.

Triumph is considered to be the largest motorcycle manufacturer in Britain, if not the UK. Most of the company's sales are conducted overseas, but it still brings in a significant amount of revenue - and attention - for Britain as a whole.

That said, the company doesn't restrict its sales, by any means. While the primary manufacturing plant may be based in Britain, you'll readily find company representatives all around the world, including in the United States and Brazil.

In terms of manufacturing locations, Triumph has six worldwide. Two are located in the UK, three are located in Thailand, and one in Brazil. However, every Triumph bike starts its life in Hinckley. 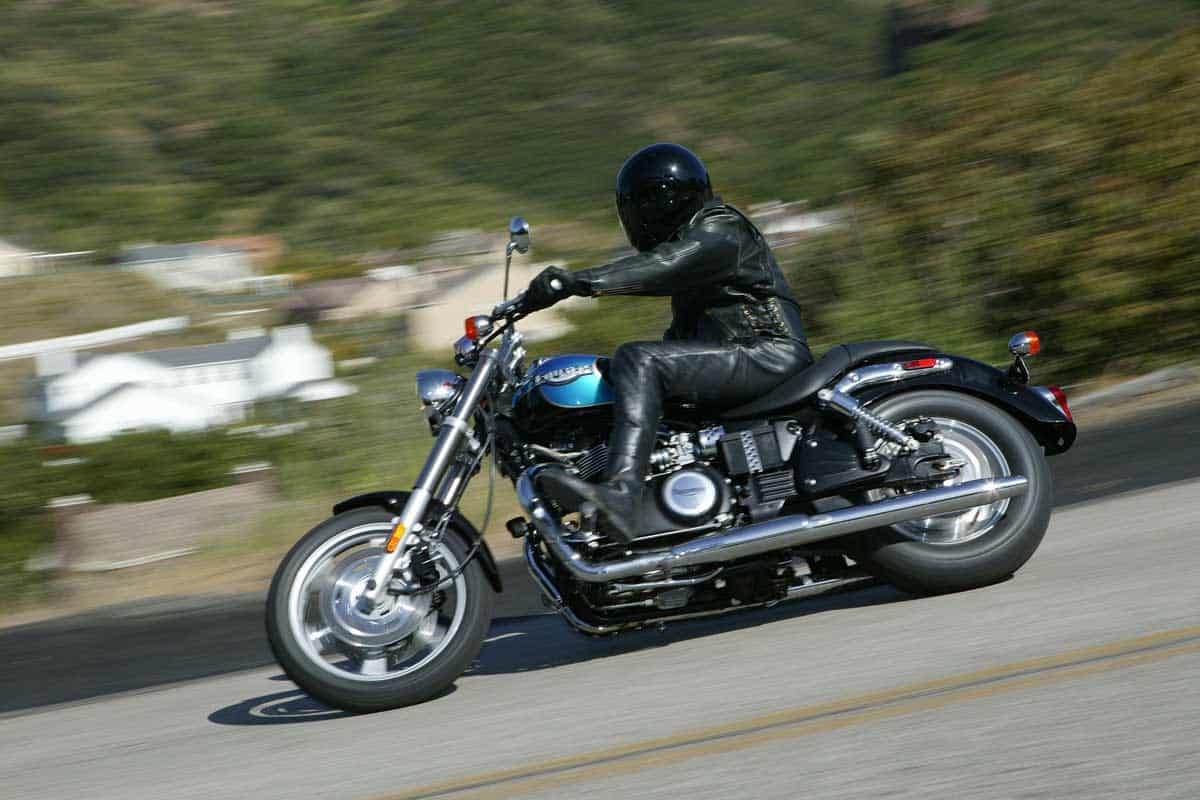 In 2015, Consumer Reports released a study noting which of the most popular motorcycles on the market were especially reliable. The study took accident percentiles into account to come up with its figures but notes that it did not take consumer satisfaction with their bike into account when collecting data.

Instead, motorcyclists today can look to the report to determine whether or not the motorcycle of their choosing is likely to need repairs, either due to product failure or an accident, within the first four years of ownership.

According to the study, the top motorcycle manufacturers break down as follows, in terms of reliability:

As you can see, while Triumph motorcycles may have a comparatively high failure rate, they still represent a significant leap in reliability when compared to those motorcycles Consumer Reports deemed to be lower on the list.

Who Makes The Engines For Triumph Motorcycles?

The manufacturers in Hinckley are quick to produce the framework, chassis, and fuel tanks for most Triumph motorcycles. With that build established, the operators in Chonburi are able to create the traditional Triumph look with the help of injection molds and transferable plastics.

Finally, a third manufacturing plant based out of Thailand will cast the finer parts of Triumph's engines to ensure they run as smoothly as possible.

What Motorcycles Are Made In America?

While motorcycles produced by international manufacturers are easy to access nowadays, some riders want bikes that are made on American soil. If you're looking to shop locally, talk to your local dealer about bikes available from the following manufacturers:

If you prefer longer rides, then you know all about the benefits of Motus motorcycles. For those tourists looking to buy American, Motus is the only manufacturer to work with. As it stands, Motus's MSTR is the only sports tourer that American manufacturers can boast. While not the most affordable of tourers, the MSTR is the perfect ride for any long-distance riders who want to keep their shopping local.

Polaris motorcycles are made all over the world. If you want to get your hands on a Victory bike, though, you're going to have to shop the company's American lots. Victory may have gone out of business in 2017, but Polaris seized on the popularity of the brand's motorcycles. If you're looking for a more traditional, if rare, ride, Polaris is the manufacturer to shop.

Any rider looking for a high-performance electric motorcycle probably has an Alta Motors bike on her wish list. Based out of California, this motorcycle manufacturer produces several electric motorcycles and dirt bikes that are able to keep up with traditional rides in terms of speed and suspension.

Want to head off-road with your motorcycle? Rokon specializes in producing amphibious motorcycles on American soil. Their Trail-Breaker model, in production since 1963, can float in most bodies of water and is reasonably affordable compared to bikes that can boast the same. 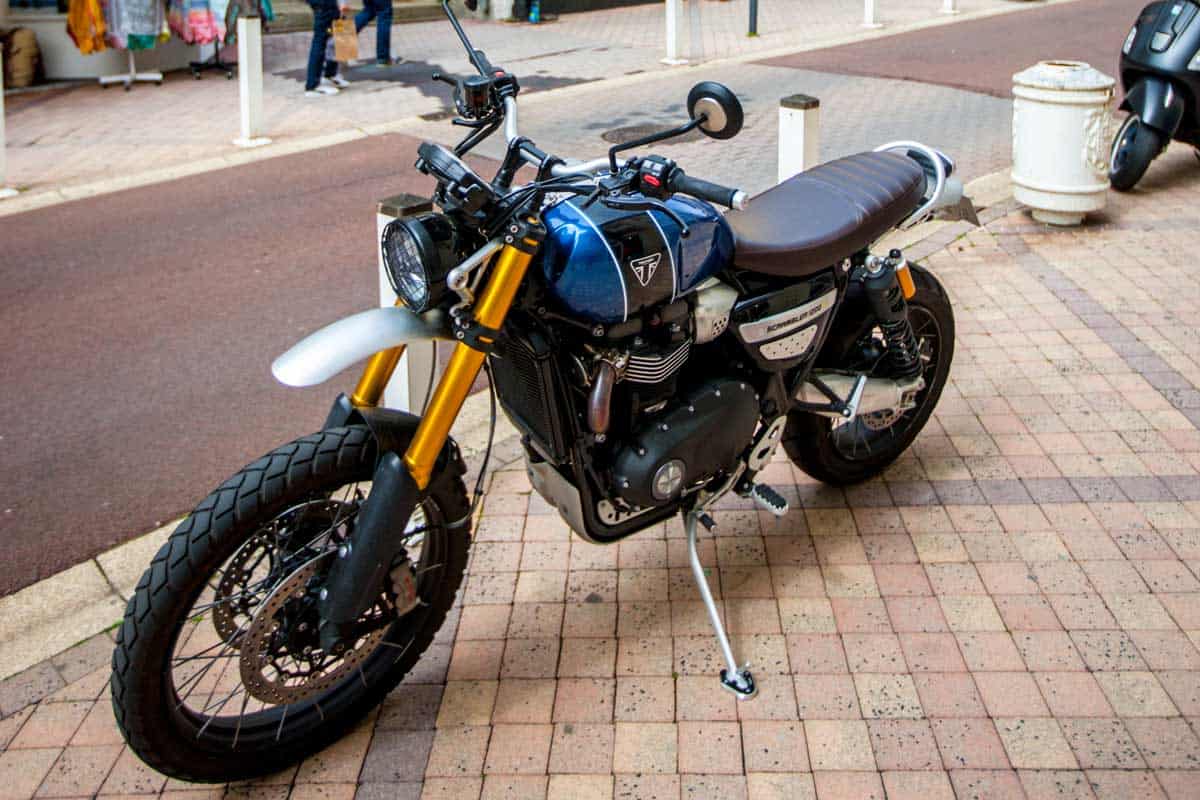 While the American market is vast, is it worth investing in a locally-built bike? Compare the aforementioned American brands to Triumph. As mentioned in the Consumer Reports study, most American motorcycles have a higher rate of reliability than those produced by Triumph. It's Japanese motorcycles, in fact, that tend to perform better than any other bikes on the market.

That said, Triumph bikes are rapidly growing in popularity across the United States. The company boasts a 157 percent increase in revenue since it opened over 50 new stores in the States — a success that has been attributed to the company's American branch and representatives.

It's said that, in the company's more recent years, manufacturers have increased their focus on quality. This re-calibration on the part of the company seems to have served it well. How Triumph motorcycles continue to perform remains to be seen.

If you're looking for a motorcycle with a smooth ride and a long history, Triumph Motorcycles will serve you well. The company remains Britain's most prolific motorcycle manufacturer, and its swift rise in the United States suggests that only good things are to come. It's up to you, though, to determine whether you want to keep your rides local or if you want to branch out and see what the rest of the international motorcycle industry has to offer.