The fire truck is one of the most iconic vehicles on the road. From their traditional paint job to their massive size, these vehicles are easily recognized in any part of the country. What's more, fire trucks serve a pivotal role in our society. But if you're like most, you've probably wondered why fire trucks are painted red. For your convenience, we did the research to bring you the answer.

Fire trucks are painted red to make them stand out from other vehicles. As emergency vehicles, it's critical that fire trucks are easily recognizable on the road. There are numerous proposed theories about the color of the fire truck, but this theory is most probable.

If you still have some lingering questions about fire trucks, don't worry. In this guide, we'll explore the topic in depth. We'll discuss the history of the fire truck along with another theory surrounding the traditional red paint color. We'll also talk about the difference between a fire truck and a fire engine, and more. Without further ado, let's get into it! 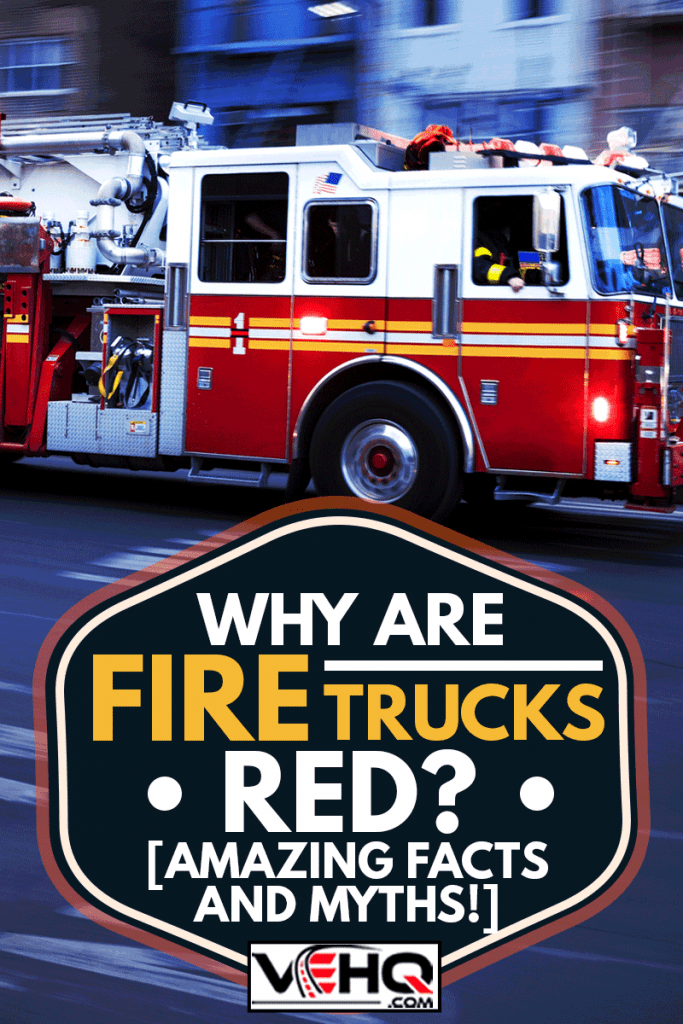 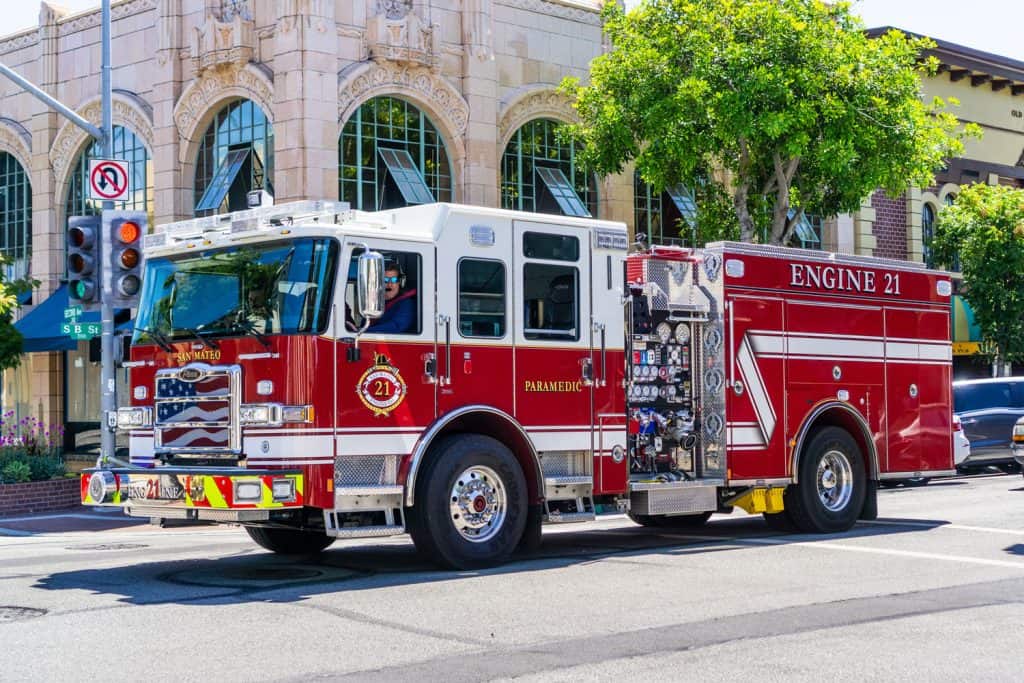 As mentioned, the most practical theory surrounding the paint job of the fire truck is that these vehicles must stand out from other vehicles on the road. While there is a wide variety of paint colors used for vehicles, red remains one of the least common among passenger vehicles.

As such, a fire truck's bright red color makes it easy to spot. As an emergency vehicle that might be stopped up ahead or barreling up the road behind you, visibility is paramount, and a red paint job makes these trucks highly visible.

This theory is supported by the fact that fire trucks have other markings and devices that are intended to alert other motorists of their presence on the road. For example, a fire truck's lights and sirens are designed to alert those in the vicinity that a fire truck is nearby.

From a high-visibility standpoint, some fire trucks have long stripes running down the sides for heightened visual contrast, and many have a high-visibility reflective pattern on the back. When you consider the fact that fire trucks are counted on to respond to many different kinds of emergencies regardless of the time of day or the weather conditions, it makes perfect sense that visibility is the top priority.

Simply put, everything about a fire truck is utility-oriented. Thus, it's logical to conclude that a fire truck's paint color also serves a similar purpose. 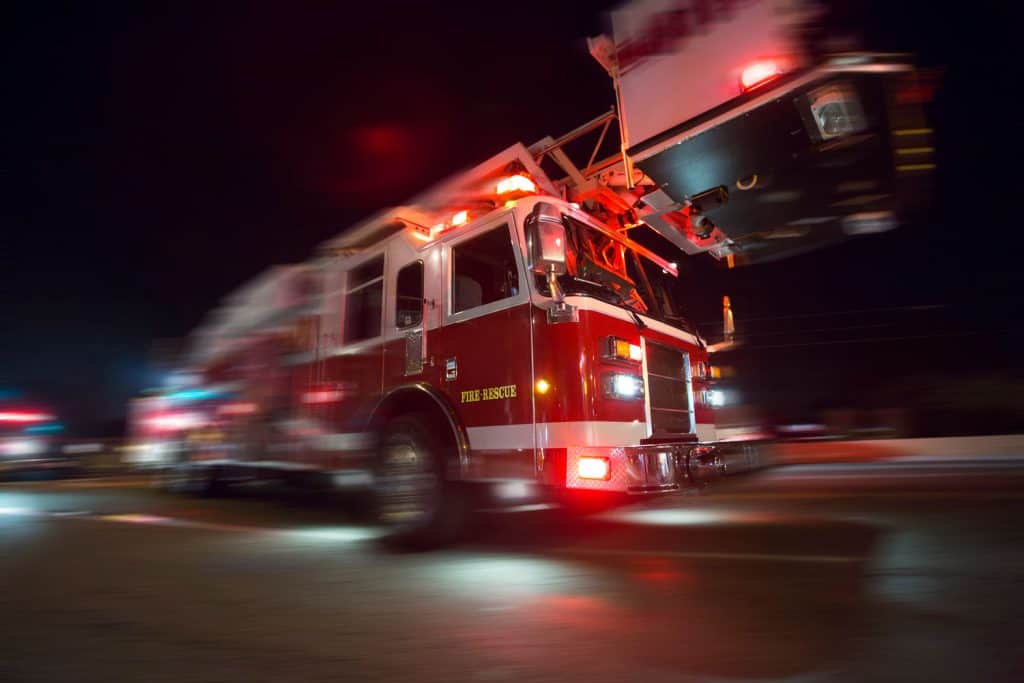 There are many other theories floating around about why fire trucks are red. While these theories can't be verified per se, they might still be true, at least to a certain extent. Of all these other theories, there's one that seems quite plausible.

One popular theory is that firemen of old chose to paint their vehicles red out of pride for their occupation. Red paint was expensive, so using it to paint their trucks highlighted the pride that firemen took in their job. Thus, the red paint color became a tradition still largely followed today.

Why Are Some Fire Trucks Yellow?

Perhaps you've seen a handful of fire trucks that are yellow rather than red. The reason behind this color choice is what we've discussed already—visibility. Recent research has shown that yellow is actually even easier to see than red, especially when there's inadequate illumination.

According to the American Psychological Association, the human eye is most sensitive to greenish-yellow colors (or "fluorescent" colors) in low-light conditions. In other words, it's easier to see fluorescent colors at night.

Thus, fluorescent colors like yellow are ideal for emergency vehicles, as they will be more easily recognized in low-light and other less-than-ideal conditions. Given this fairly recent discovery, we will likely see fire departments gradually adopt these colors and abandon the traditional red in favor of safety.

What Other Colors Can Fire Trucks Be?

Believe it or not, there are fire trucks with paint jobs other than red or fluorescent yellow. White and blue are both fairly popular paint colors for fire trucks.

What Color Was The First Fire Truck?

The first fire trucks were painted red. In the early 1900s, the first automobiles (in particular, the Ford Model T) were black. Red was chosen for fire trucks to—you guessed it—make them stand out from other vehicles on the road.

As the only red vehicles on the road, the original fire trucks stood out and were highly visible. These original red fire trucks started a tradition that has lasted for more than a century.

What's The Difference Between A Fire Truck And A Fire Engine?

Though the terms fire engine and fire truck are used interchangeably, there is actually a difference. Both work in concert in firefighting operations, but each is unique.

What Does It Mean When A Fire Truck Has Lights On But No Siren?

If a fire truck has its lights on without the siren, it typically means that it has arrived at the destination of the emergency. In general, fire trucks only use the siren when they are weaving through traffic to get to the destination as quickly as possible. Once the truck makes it to the scene, the siren will be turned off.

This ensures that the vehicle is still visible to nearby traffic while not being an unnecessary disturbance. Additionally, if fire trucks are working at nighttime in smaller communities free of traffic, they will typically refrain from using the siren as a courtesy to surrounding neighborhoods. 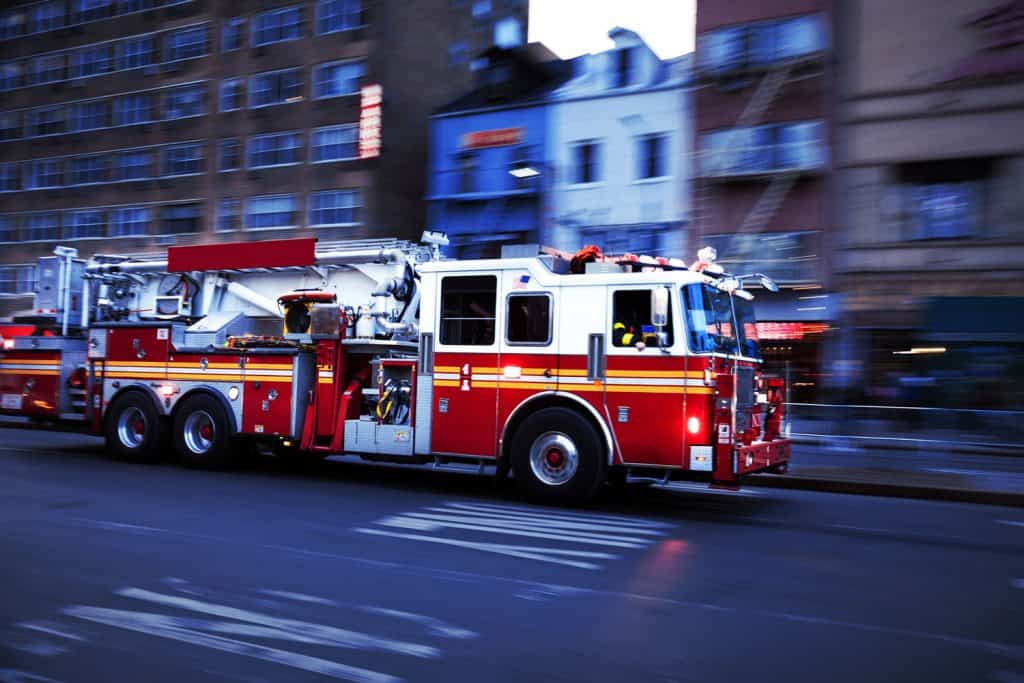 We hope this guide has given you a better understanding of the history of the fire truck and why its color scheme is the way it is. The next time you see a fire truck on the road, take a closer look at its markings and paint job. You'll certainly appreciate the brilliance and utility behind the design. Before you go, be sure to check out these other guides that might be of interest:

Why Do Cars Need Oil? [And What Happens If You Don't Change Oil]

Why Do Cars Rust? (And How To Fix That)