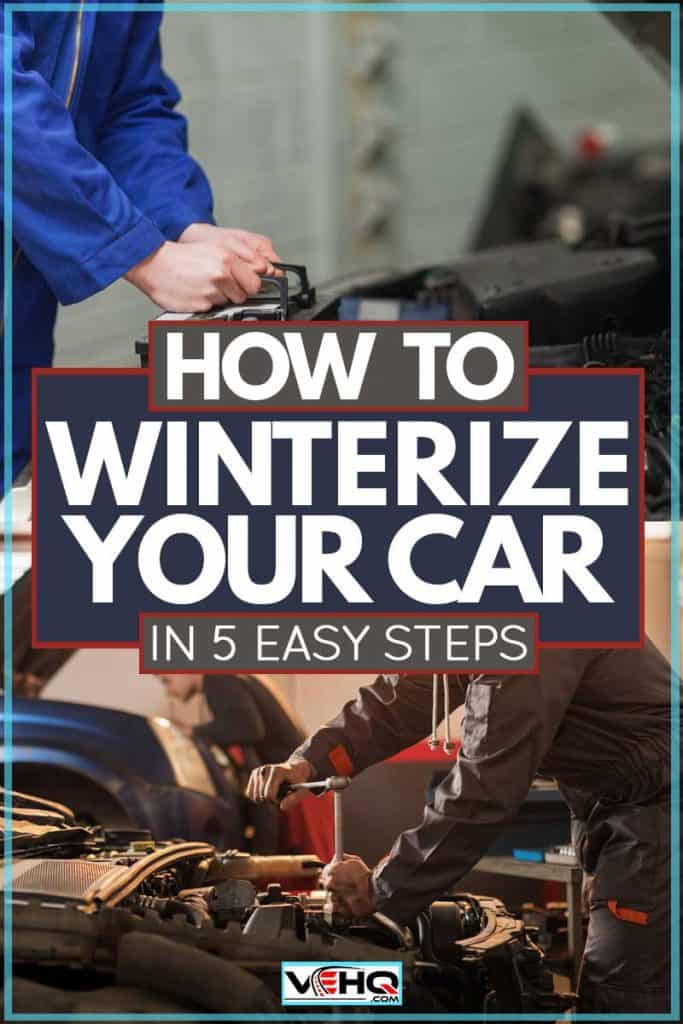 Winterizing your car is one of the most important things you can do each year to keep your vehicle healthy and in top-notch condition. Figuring out the best ways to winterize your car can be a hassle. If you’re new to an area with cold weather, it can be downright foreign to you. Don’t fret, the research is done, and all the information that you need is right here.

When winterizing your car, consider doing the following:

The battery, cooling system, and overall health of a vehicle before winter strikes are critical in how it will perform during the cold months. It’s essential to know how your vehicle is doing, all the way down to the wiper fluid. Plan and take your car to a mechanic or check some of your car’s features by hand.

Everyone knows reading about it, and doing it are two different things. With that in mind, a step-by-step guide on how to winterize your car has been created. Keep reading to find out the exact process of winterizing your car. 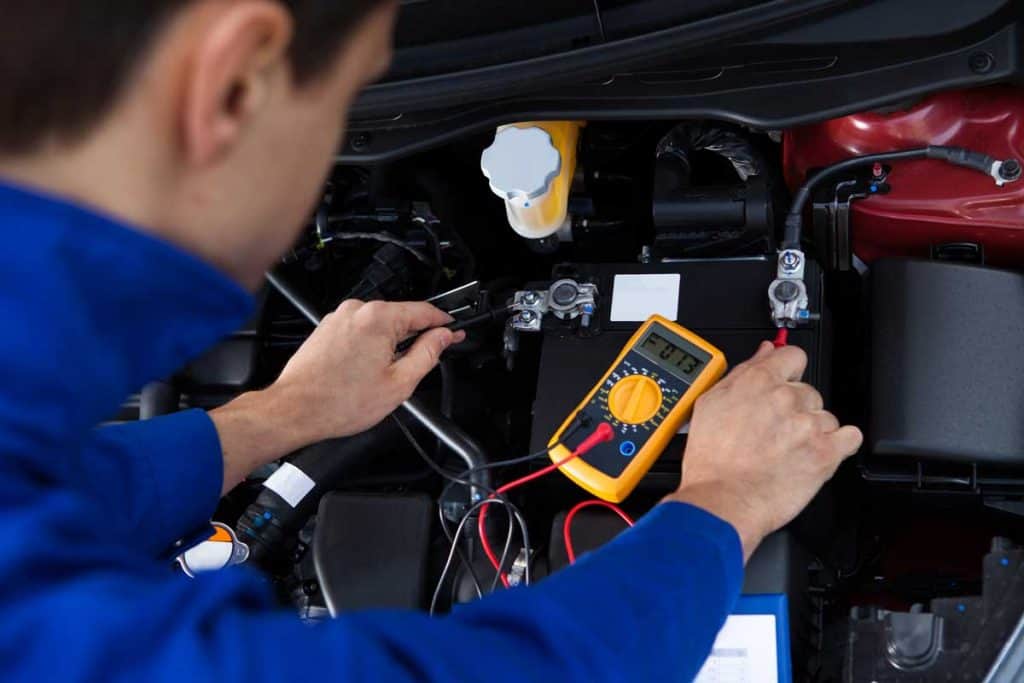 Testing the battery is not only important to prepare your car for winterization, but it should also be regularly done throughout the year. By frequently testing a car’s battery, it’s possible to ensure that a vehicle won’t be cruising along and suddenly have to come to a halt on the highway because the battery has died at the worst possible moment.

This is especially true during the winter. When the temperature drops, so do the power in your battery. By testing your car’s battery now, a person can ensure that there are no issues that will arise during the winter months.

A fully charged car battery should measure at 12.6 volts or more. If the car is running, this number may be as high as 14.7 volts.

Try using a multimeter to tell you the voltage of your car or use your headlights as an indicator.

This can be done through a simple electrical test. Turn the car on and turn on the headlights. If they’re dim, this could mean that there is a small amount of charge. Try revving the engine and look to see if the headlights get brighter. If they do, it means that the alternator is producing at least some current but not enough to keep the battery charged consistently.

If signs of a weak battery are prevalent, immediately replace it. This way, the car will have a fresh battery throughout the winter. 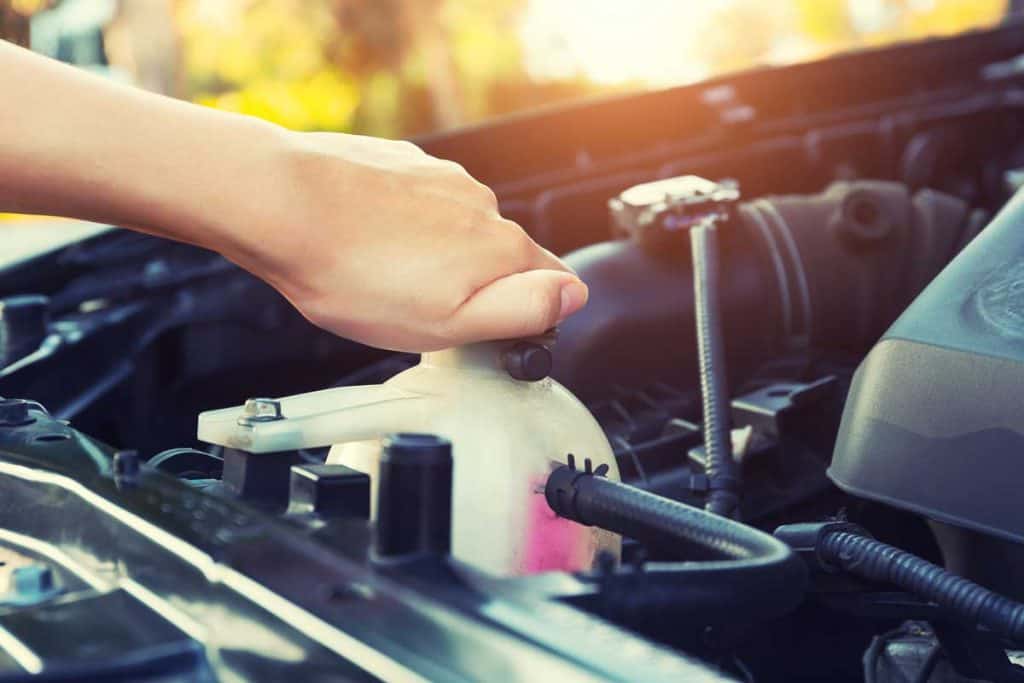 During the winter months, when a car becomes extremely cold, problems can arise in the cooling systems. This can come in the form of a leak, or a failure of one of the components.

Checking the cooling system is easy and can prevent issues from occurring when it gets cold.

Pop the hood of the car and check the radiator cap for any signs of damage as they’re one of the most likely culprits for failure. They have a nasty habit of wearing out faster than other parts of your cooling system. If it looks corroded, it could be having a difficult time releasing pressure that has built up.

Other common issues arise in the coolant hoses as well as the water pump. Visually inspecting these is relatively easy. Signs of leakage will be apparent in both. Looking for tears, cuts, or any wet areas where fluid has recently escaped.

The treads on your tires are extremely important in the winter. It’s, by far, the most essential part of your car to winterize.

This is because 17 percent of all vehicle crashes occur during the winter months, according to the National Highway Traffic Safety Administration.

The minimum length for a car’s tire treads is 2/32 of an inch, but more is better when it comes to the winter months. Icy conditions and slick snow often cover the highways across the U.S throughout the winter. For the safety of the individual and the vehicle, tire reads must be thick enough to gain traction and control of the car.

Measure the tread on your tires. If it falls short, you may want to consider replacing your tires.

Types of Tires for Winterization

Both all-season tires and winter tires are appropriate types of tires to use to winterize your car.

However, the winter tires will be the best bet for safe driving in the winter.

The main difference between the two types of tires is the ability to brake in snow and ice. Both are ideal in slippery and wet conditions, but all-season tires will fall short when the roadways get bad.

For those who live in a warmer climate and don’t see snow or ice often, all-season tires can be a great choice when winterizing a car. For those located in a colder climate and experience ice where snow is found quite often, invest money into proper winter tires. 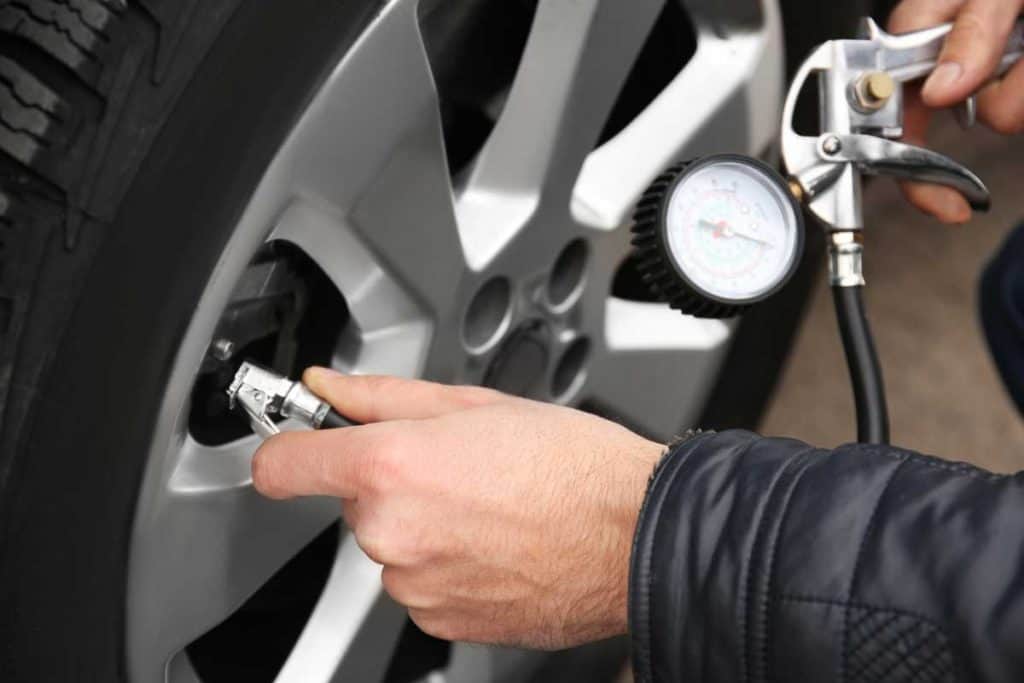 Tire pressure, much like the battery, will become less effective as the temperature drops.

If left unchecked, those who failed to regulate proper tire pressure may find themselves rolling around on the rims of a vehicle in the snow.

That’s a nightmare that no one wants to live.

Keeping the fuel line above half is incredibly important for those who care about having a working vehicle in the winter.

Sometimes, if a car is left unattended for too long while it’s cold, the gas line will freeze over. That's right. It's possible to have a tank of partially-frozen gas that won’t be of any use to anyone.

Use a portable heater to warm the underside of your car as well as your hood to increase the internal temperature of the car, or aim a direct source of heat (such as a hairdryer) at the fuel line.

Or, the best way to fix a problem is to prevent it from happening in the first place. By keeping the fuel line above half, it’s possible to reduce the available space that the water vapor can collect in. If there is no water vapor, there won't be any freezing.

Keep it simple, don’t be stingy on your gas tank levels during the winter, and good drivers will be set.

Don’t Forget About Your Wiper Fluid

Standard wiper fluid won’t cut it during the winter months. This is because the temperature drops low enough that your wiper fluid will freeze and become unusable.

Those who think that you don’t need wipers in the winter will be sadly and abruptly mistaken once the first snow falls. Slush, snow, ice, mud, and debris are all winter pastimes for windshields. Expect all of it to be plastered over windshields constantly.

Wiper fluid is needed that can clear windshields properly. It’s commonly recommended to use wiper fluid that is rated to -30 degrees. However, for those who find themselves in some of the more extreme-cold areas of the world, don’t be afraid to buy fluid that is rated for even lower than that.

People everywhere often talk about using fluid rated to -10 or even -20, but these aren’t going to cut it sometimes. Fluids rated to -30 degrees are the best bet to ensure wiper fluid isn’t freezing over when it matters.

In a worst-case scenario, wiper fluid can freeze after it’s sprayed onto a windshield. This can cause severe issues with visibility and can lead to an accident. It’s always better to make sure you’re using properly rated wiper fluid in the winter for the safety of others as well as the driver of the vehicle.

How Do I Winterize My Truck?

Winterizing a truck is similar to winterizing a car, but some key differences will affect the things truck owners should be doing.

Weirdly, many truck owners don’t realize that their truck’s bed will be exposed throughout the winter if you don’t have a cover for it.

Consider picking up a truck bed liner to protect the bed from corrosion. This can also help with paint deterioration, reduce rust, and prevent scratches.

Those who are doing heavy-duty work during the winter will need to be able to get the ultimate traction available for the harshest conditions.

Snow chains are a great way to provide increased traction without much hassle. This can be especially helpful if tires are running on the bald tread or have a thin layer.

Studded snow tires are also an option and are frequently used in conjunction with snow chains.

How Do You Winterize a Diesel Engine?

Preparing the fuel that is used in a diesel engine is, by far, the most critical factor to consider when winterizing is the engine itself.

All diesel fuels use paraffin wax. It’s used as a natural lubricant and is standard for the industry. However, as all wax does, it will begin to form large, square shapes when the temperature decreases too much.

To fix the issue, use a cold-flow improver and mix it with regular diesel fuel to protect it in the cold. These improvers contain a variety of deicers and slightly vary from brand to brand.

Beyond preparing your fuel for the winter, make sure to perform the other standard steps listed above to winterize the rest of a vehicle.

How Do You Winterize a Car for Storage?

Sometimes, it’s better to put a car away in storage for the winter.

Before doing this, there are some steps everyone should take to properly maintain a car even though you won’t be driving it.

How Much Does it Cost to Winterize Your Car?

The answer to this question depends on what issues the car has before the winter begins.

If the tire treads are fine and you’ve got leftover wiper fluid from last year, it’s possible to not spend much at all.

However, if there is a need to make several significant upgrades to a car to winterize it, it can be possible to easily spend several hundred dollars in a short amount of time.

What is Antifreeze Used For?

Antifreeze is used for what it sounds like, preventing water from freezing.

Specifically, antifreeze is used to regulate the temperature of water-based fluids in a vehicle. It’s used within both the radiator and engine to prevent freezing from occurring.

It’s always a good idea to invest in some antifreeze to keep a car as healthy as possible.

We hope this guide has helped you prepare your car for winter. Drive safe!