The crankshaft is the backbone of your engine. If it's not spinning freely, your vehicle won't start, so what could be wrong with the crankshaft? We have researched this article to help you pinpoint the culprit.

If your crankshaft isn't spinning freely, it could be due to the following:

Crankshaft issues are challenging to diagnose. In this article, we will take a closer look at the possible reasons as to why the crankshaft isn't spinning freely. In addition, we will discuss other frequently asked questions about the crankshaft, so read on! 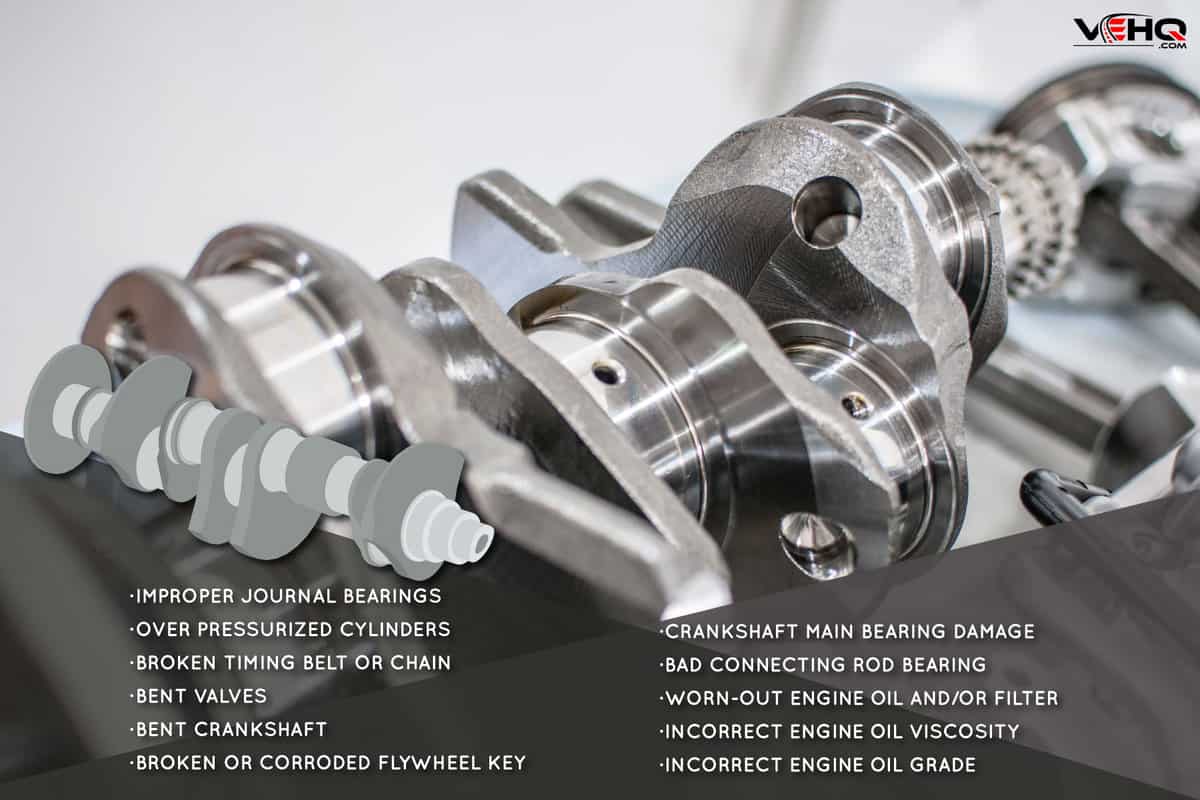 Crankshaft Not Spinning Freely - What Could Be Wrong?

A crankshaft is a key component of a car's internal combustion engine. If the crankshaft isn't spinning freely, the car won't start. If you are experiencing problems with your crankshaft, it could be due to issues with the following mechanical components. 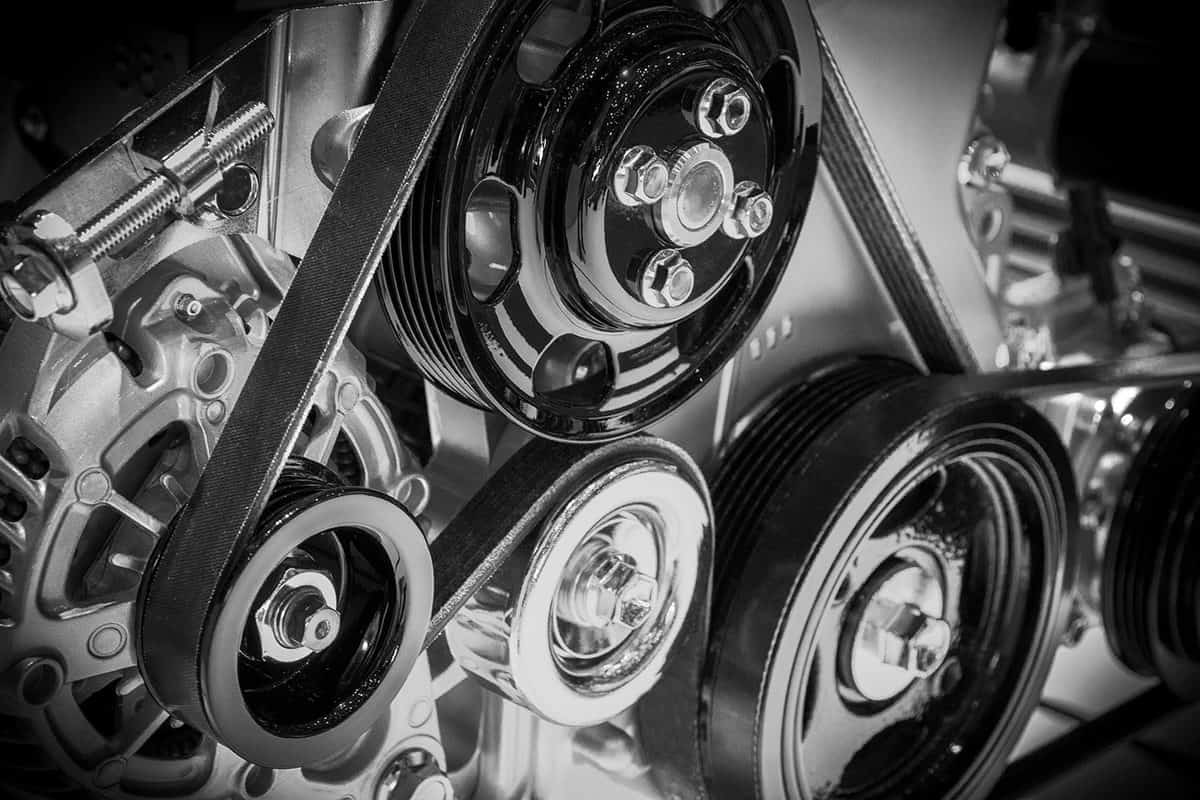 If your crankshaft bearings are worn out, you will likely get metal shavings in your oil which causes the crankshaft not to spin correctly. Check your engine's manual for information on when to replace the bearings (they may need replacing sooner than you think).

Crank pressure can cause problems with your engine even if everything else seems okay. The cylinder pressurization happens when the fuel mixture is forced into the combustion chamber. If that pressure becomes too great, then your crankshaft will be under a lot of stress, and it won't spin freely.

The timing belt or chain controls how fast your pistons move, so if it's broken, then the crankshaft won't turn. Check your vehicle's manual for information on when to replace the timing belt or chain, or bring your car to a mechanic if you don't know how long it's been since the last time it was replaced.

If there is something wrong with one of your engine valves, then your crankshaft will try to compensate, which will cause it not to rotate freely.

Bent cranks can also cause the crankshaft not to spin freely. If the crankshaft is bent, your engine won't startup, and it will seem like the car is seized.

The flywheel is attached to the crankshaft to make sure it spins smoothly. The key is what allows the two parts to fit together securely. If the key gets worn or corroded, it won't provide enough grip for the crankshaft, and your car will not startup.

A bad connecting rod bearing can cause problems with your oil pressure and lead to the crankshaft not spinning. You will need a qualified mechanic to check the bearings for you.

If you neglect to change your engine's oil and filter regularly, then the moving parts will wear down, which can cause problems with your crankshaft. So make sure that you regularly change out the old engine oil and filter to keep everything running smoothly.

The crankshaft can't rotate appropriately if you use the incorrect engine oil, so make sure that you check your engine's manual about what grade and type of oil it requires so that you purchase the correct one.

Similarly, if you use an incorrect grade of oil, then you will cause problems for your car's crankshaft. So instead, you should use the engine oil recommended in your vehicle's manual.

How do you Manually Rotate a Crankshaft? 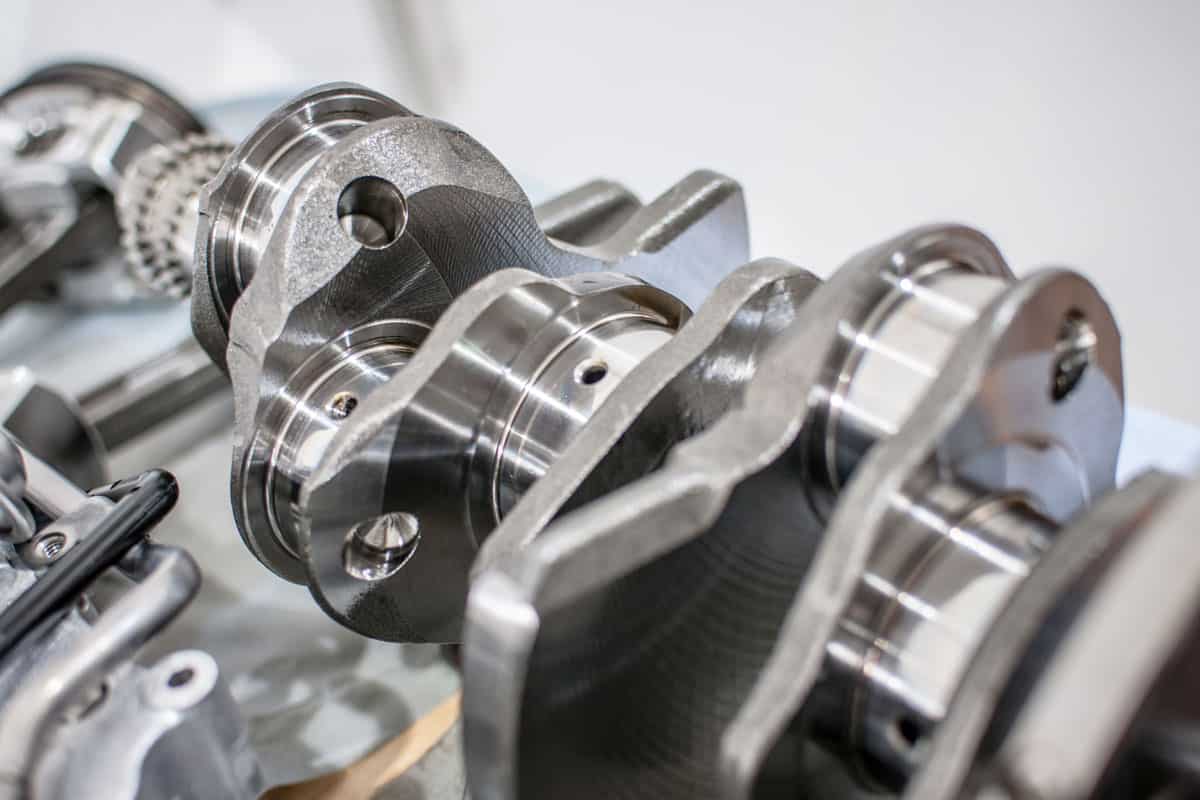 You rotate the crankshaft by using a wrench or socket and placing it on the crankshaft bolt. Then, place a breaker bar on the socket and rotate clockwise until the engine lines up. Finally, remove the spark plugs from your engine to prevent it from starting unexpectedly while you're working on it.

In addition, this process is easier to do when the transmission is neutral.

Should the Crankshaft Turn Freely?

How Easy Should it be to Turn the Crankshaft? 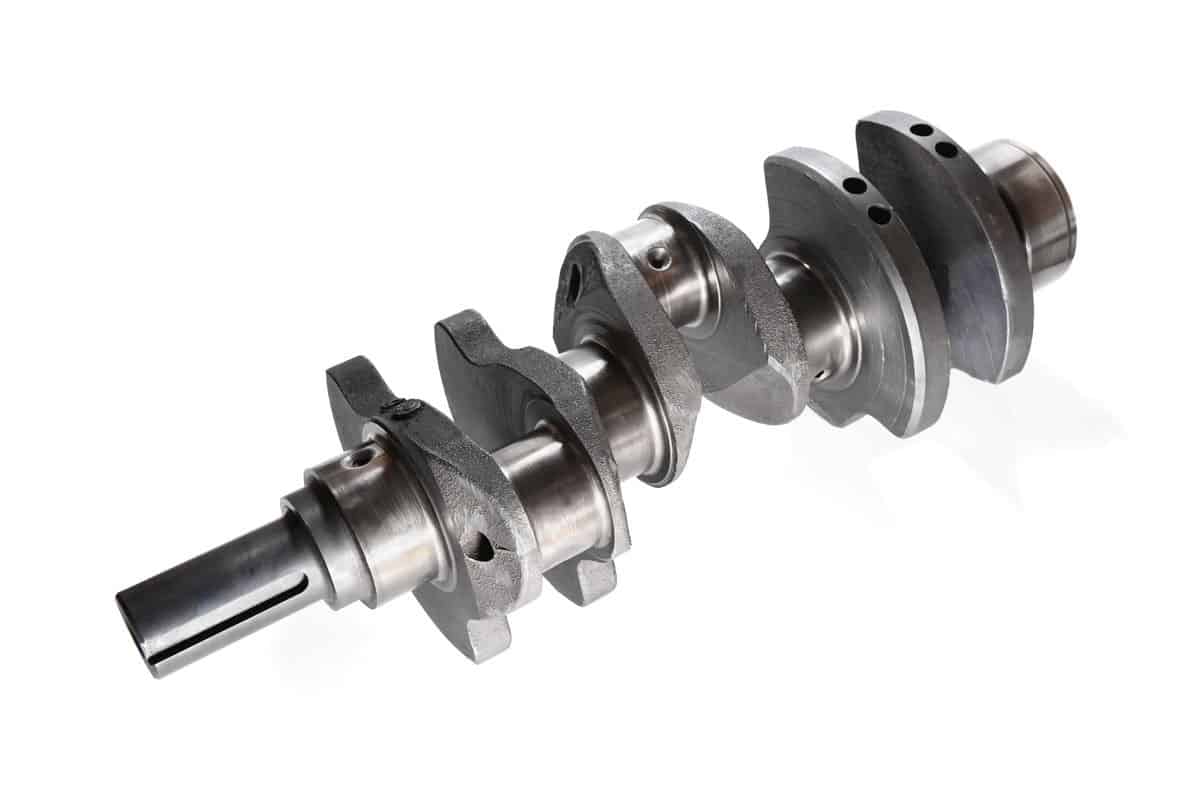 If a car's spark plugs are removed, it should be much easier to turn the crankshaft because there is no compression.

What Does a Stuck or Jammed Crankshaft Mean?

A stuck or jammed crankshaft means that your engine won't start up and will seem like it is seized. This can happen if something is wrong with the connecting rods, pistons, bearings, or valves.

How Can you Fix a Stuck or Jammed Crankshaft?

A jammed crankshaft is extremely difficult to repair on your own because it usually requires significant engine work that needs to be done by a professional mechanic. However, if this doesn't require a full engine overhaul, then you can address the problem by taking your vehicle to a mechanic so that they can fix it for you.

In addition, if you have an older car, then there is a slight chance that you might be able to repair your crankshaft with parts from junkyards. However, this is only an option if your engine isn't currently stuck and is just difficult to turn by hand.

How Much Does a Crankshaft Cost to Replace?

The costs can be hundreds to thousands of dollars for the replacement. In addition, you may have to have the gaskets and rings replaced during the process.

How Can I Tell if my Crankshaft Needs to be Replaced?

In addition, you should check how much torque your car generates from its wheels because this can indicate whether or not there is a problem with the crankshaft.

If the torque isn't within normal ranges, then there is a chance that your crankshaft needs to be replaced. However, you should also ensure that your tires are properly inflated and not completely flat because this can affect the results of your torque measurements. 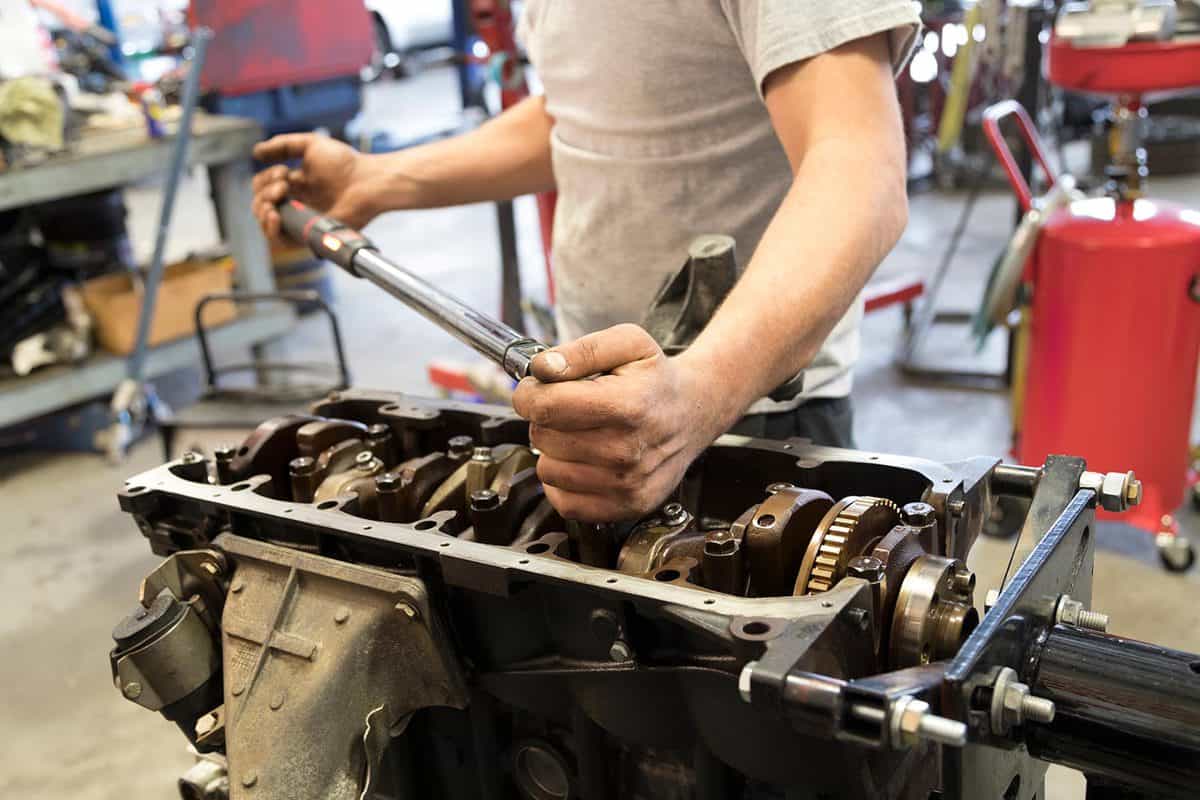 What happens if a crankshaft isn't replaced in time?

If your crankshaft isn't replaced, it will continue to damage your engine, and you won't be able to start your car. You may also notice an increase in the amount of time that it takes for your vehicle to start and begin accelerating.

In addition, there is a chance that your transmission will not shift correctly if the crankshaft is faulty. You may have to get a new transmission in severe cases because the old one won't work with a faulty crankshaft.

How can I save money on a crankshaft replacement? 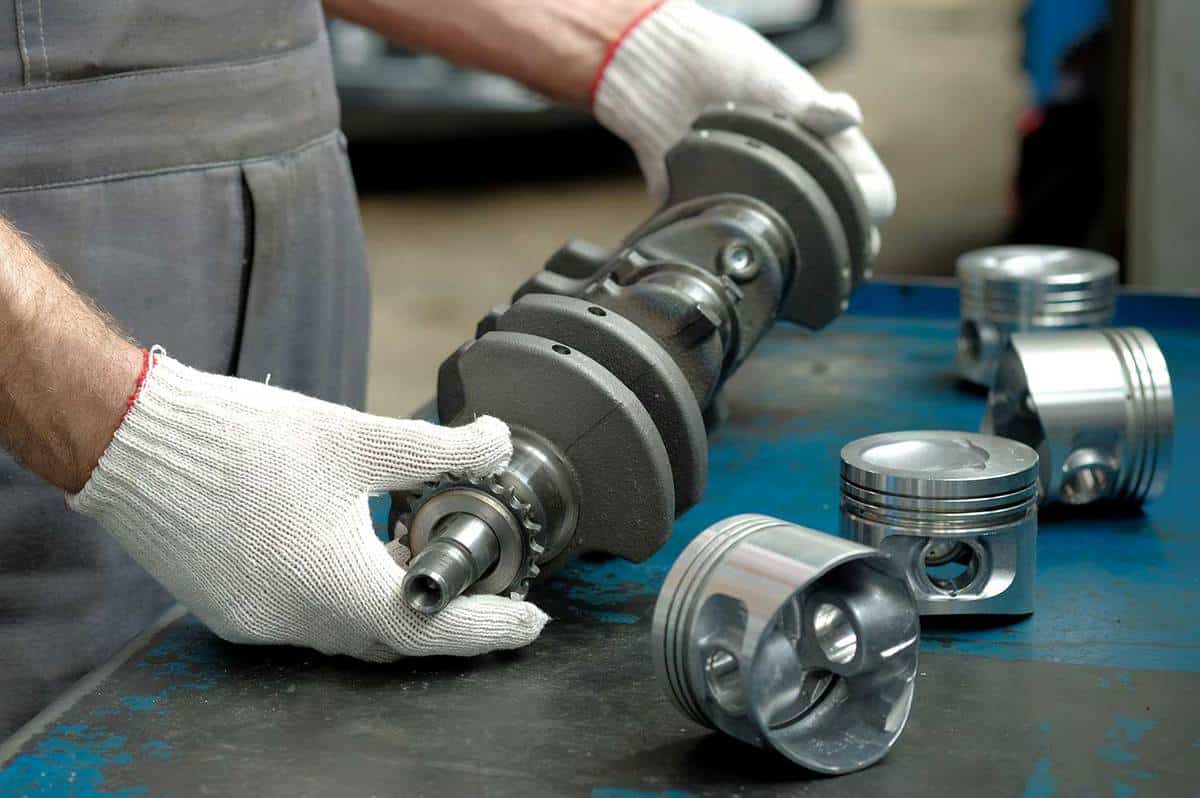 The best way to save money on a crankshaft replacement is to take your car in for repairs as soon as you notice something wrong with it. For example, if the engine knocks or generates insufficient torque, you should get that diagnosed immediately and fixed before it worsens.

In addition, you need to compare repair prices from multiple mechanics before you agree to have your crankshaft fixed because the costs can vary significantly between shops.

In some cases, the mechanic may be able to work with you and lower their price by doing a partial repair on your engine instead of having to do a full replacement of all the components.

What are some common crankshaft replacement problems?

There are many different kinds of problems that can come up with a crankshaft, including the following: 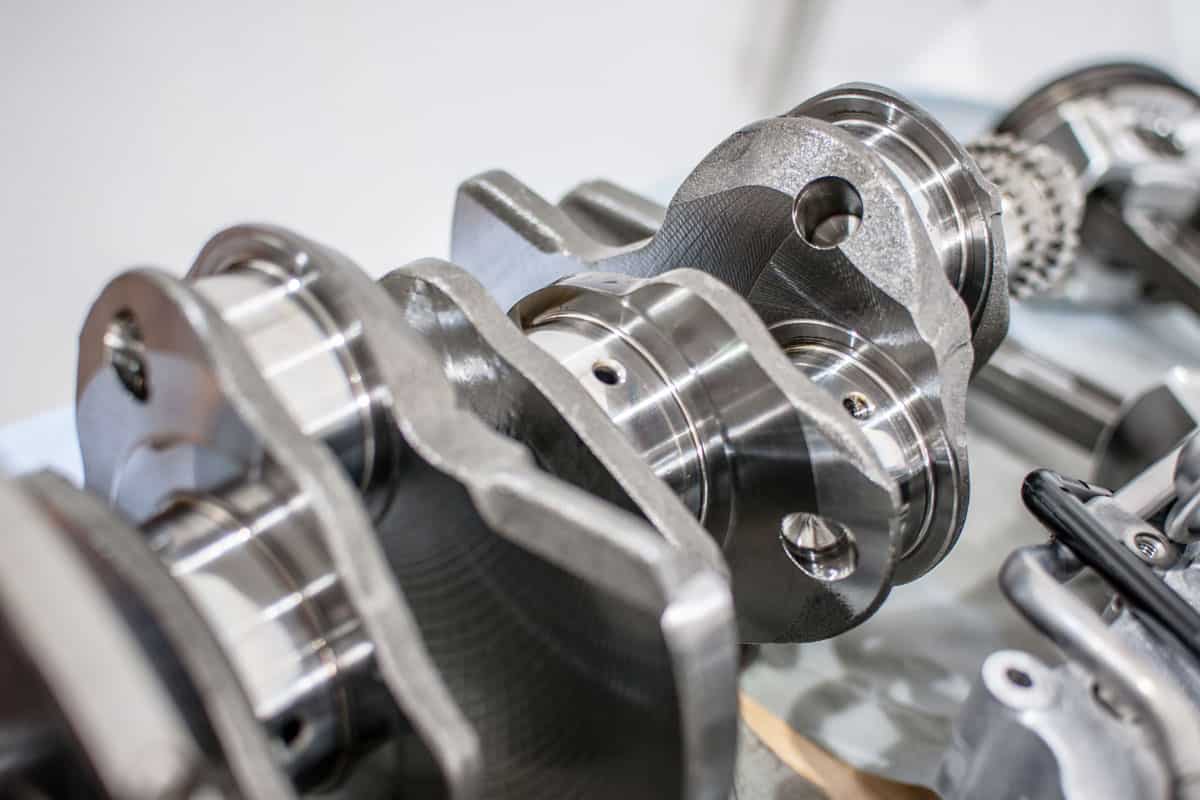 Overall, if you aren't a certified mechanic or know your way around a car engine, you will need to go to a mechanic for help with the crankshaft. However, it's important to be proactive and get your car fixed as soon as you notice something wrong with it. This can save you a lot of money by not replacing the entire engine when only the crankshaft needs to be replaced.

Antifreeze Leaking From Car – What Could Be Wrong? 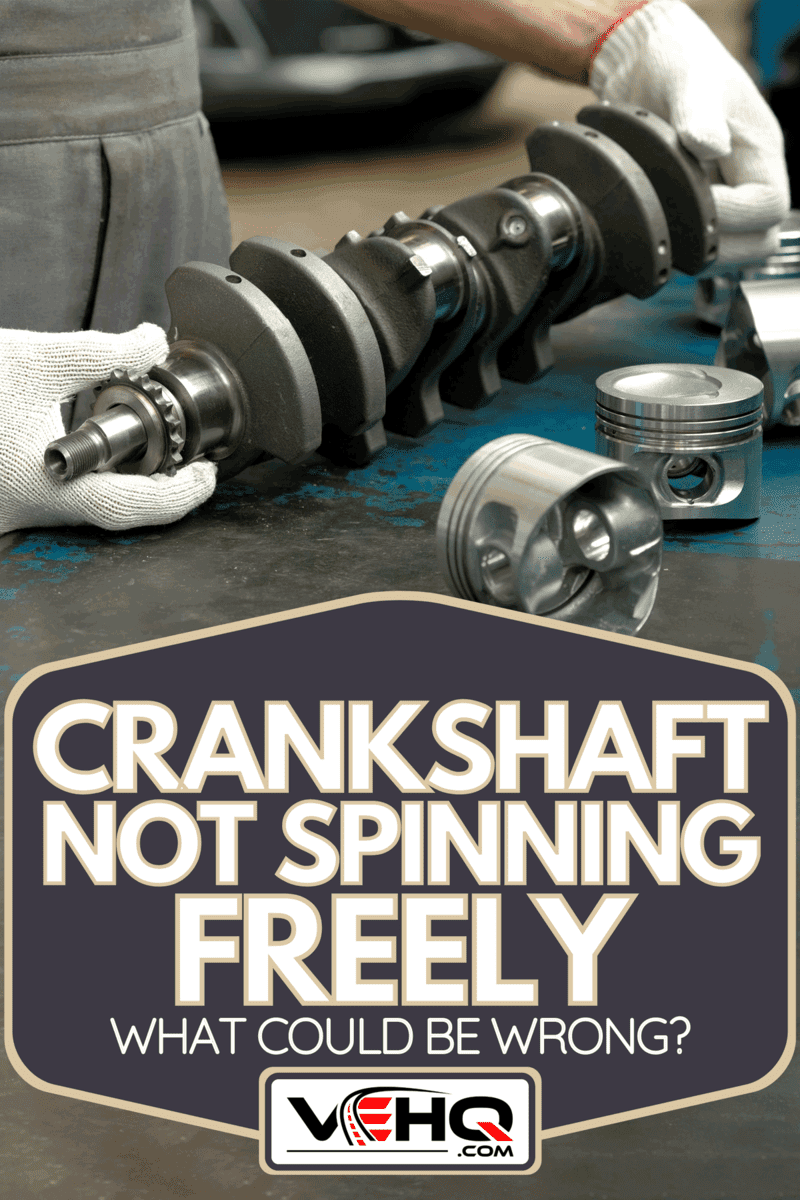