More and more modern high-end vehicles are coming without spare tires. A lack of spare tires can be frustrating when you're stuck on the side of the road with a flat, but it's also disappointing during a car search. It's often difficult to dig through a car's website to learn whether or not it comes with a spare tire. Like the Jaguar XF, for example; does it come with a spare wheel of any sort? We researched this car thoroughly so that we can provide you with the answer in this post.

The Jaguar XF doesn't have a full-size spare wheel in any of its trims or models. Instead, you might find a space-saver wheel or a flat tire repair kit underneath the trunk of your XF. 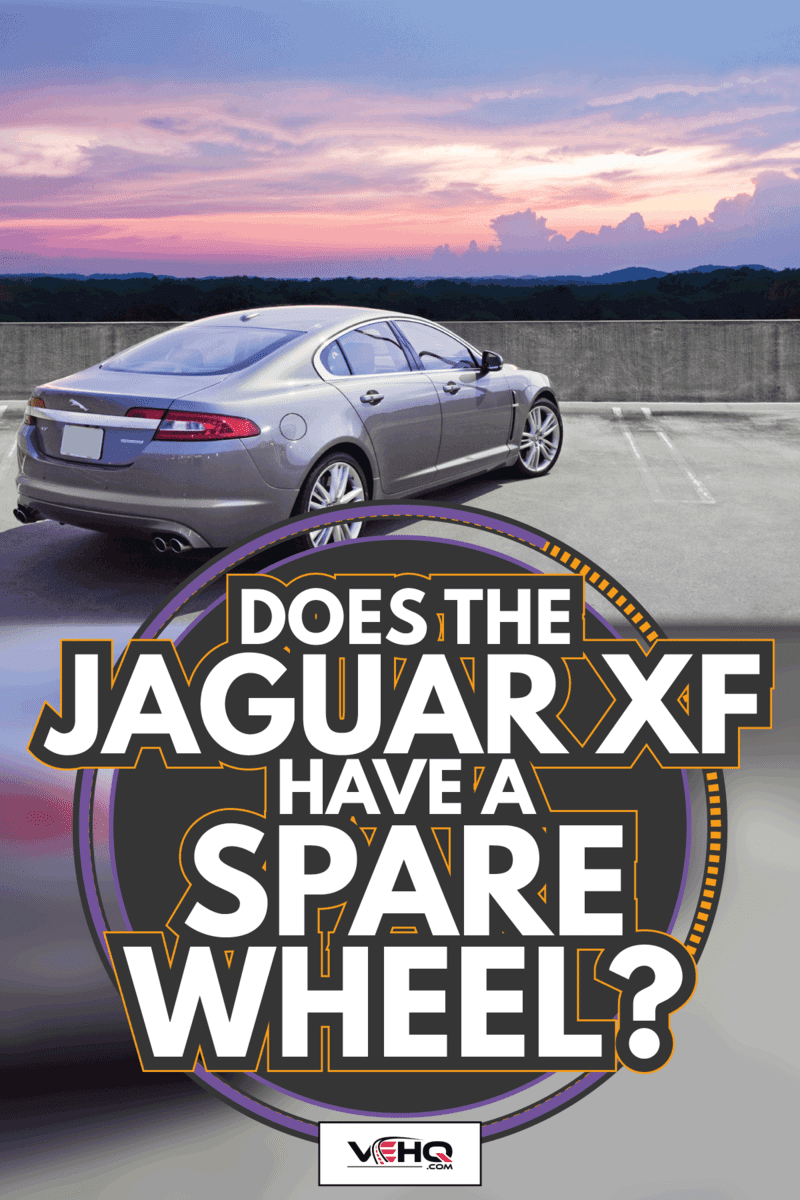 Spare Tire on the Jaguar XF

The Jaguar XF is a luxury car that comes in as both a sedan and a hatchback. Since the Jaguar XF has only been available since 2007, it's a relatively new car model. It doesn't have a space in its trunk for a spare wheel, nor does it come with a spare tire when you buy the car from the Jaguar dealer.

Some models of the Jaguar XF sedan and hatchback come with a small space-saving "donut" spare. But you will have no luck finding one with a full-size spare, especially not new models like the 2021 XF. There are dozens of comments on online Jaguar forums expressing surprise at the lack of a spare in the Jaguar XF. But, this is just the way the automotive industry is moving.

Instead of having a spare tire in the under-trunk compartment of the Jaguar XF, you might find other solutions. As we said, some XF models will come with a space-saving spare tire, also called a donut. Others will only come with a tire repair kit stock from Jaguar.

Why Do Modern Cars not have a Spare Wheel?

Jaguar's XF sedan and hatchback are not alone in leaving out the spare wheel. Most new cars don't have a spare tire at all, and they no longer have a dedicated trunk space to store one. This is an unfortunate fact because spare tires almost seem necessary, don't they? So, why don't new modern cars include spare tires?

According to an article by Consumer Reports, automakers moving away from including spare tires is due to incentives to make cars more fuel-efficient. Not only are full-size spares heavy, but they also require a heavy jack as part of the tire change kit. This extra weight cuts directly into fuel economy.

Additionally, cars have gotten smaller and smaller, making interior space more precious. Eliminating the under-trunk storage space that full-size spares require to make way for cargo space is an easy decision. These sacrifices are easier decisions in light of technological advancements in other areas that will help prevent and fix flat tires.

What Can I Use if I Don't Have a Spare Tire?

The good news is that just because you don't have a spare tire doesn't mean you're out of luck. There are other ways you can be prepared for roadway hazards besides carrying around a whole extra matching tire. 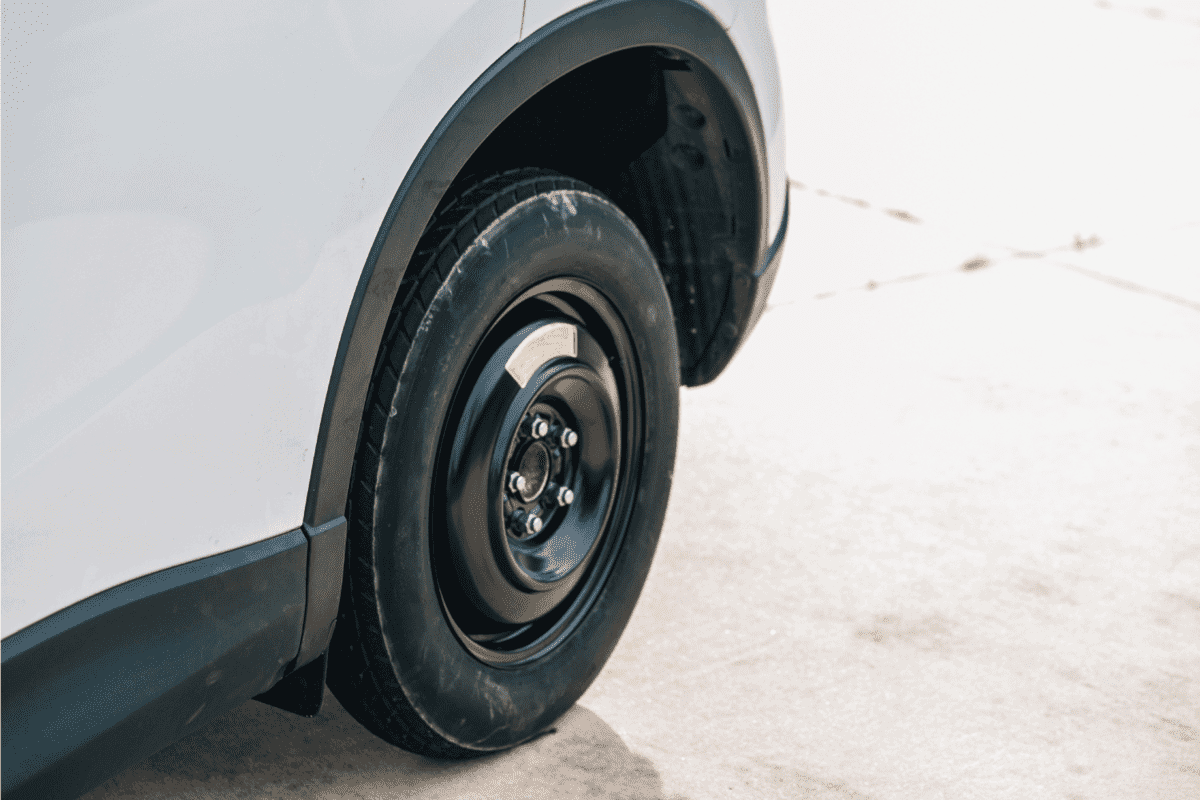 The first and perhaps most common alternative to the full-size spare tires is the space-saving tire, comically referred to as the donut. A donut tire requires significantly less space than the full-size spare, but at other costs. Among those costs is that you can only drive a certain distance at a limited speed on a donut. On top of that, you'll still have to carry the heavy jack around.

If you have to install a space-saving tire in place of a flat tire, your only destination should be an auto shop to get your tire patched. Driving elsewhere or for long periods on the donut can be dangerous.

As we mentioned in the section earlier, some of the newer Jaguar XFs don't even come with a space-saving tire. Instead, they come with a flat tire repair kit. These kits usually include a small air compressor and a type of sealant for closing off the hole.

The same rule applies after using any tire repair kit - you should consult a professional as soon as possible to either verify the fix or apply a real patch to the tire. In the worst-case scenario, you'll have to buy a brand new tire.

What's interesting is that you can buy a tire repair kit at any auto shop nowadays. Fix-a-Flat is a tire repair kit (both compressor and sealant) in an enclosed can. This product is straightforward to use, so much so that everyone should have a can in their trunk.

One of the great solutions to not having a spare tire is to prepare for a potential flat by selecting the correct tires for your situation. Run-flat tires are regular everyday tires that can keep you on the road, even if one of them goes flat. Driving on a flat is dangerous with most normal tires and can shred the tire and ruin the wheel.

But, according to Bridgestone, run-flat tires are different. Run-flat tires combine a reinforced outside tire wall with internal support structures that make it possible to drive with no air in the tire.

Tires like these will allow you to drive safely to the auto shop for repairs instead of having to change or patch a tire on the side of the road. In the case of tires like run-flats, the best solution to a flat tire is preparation. 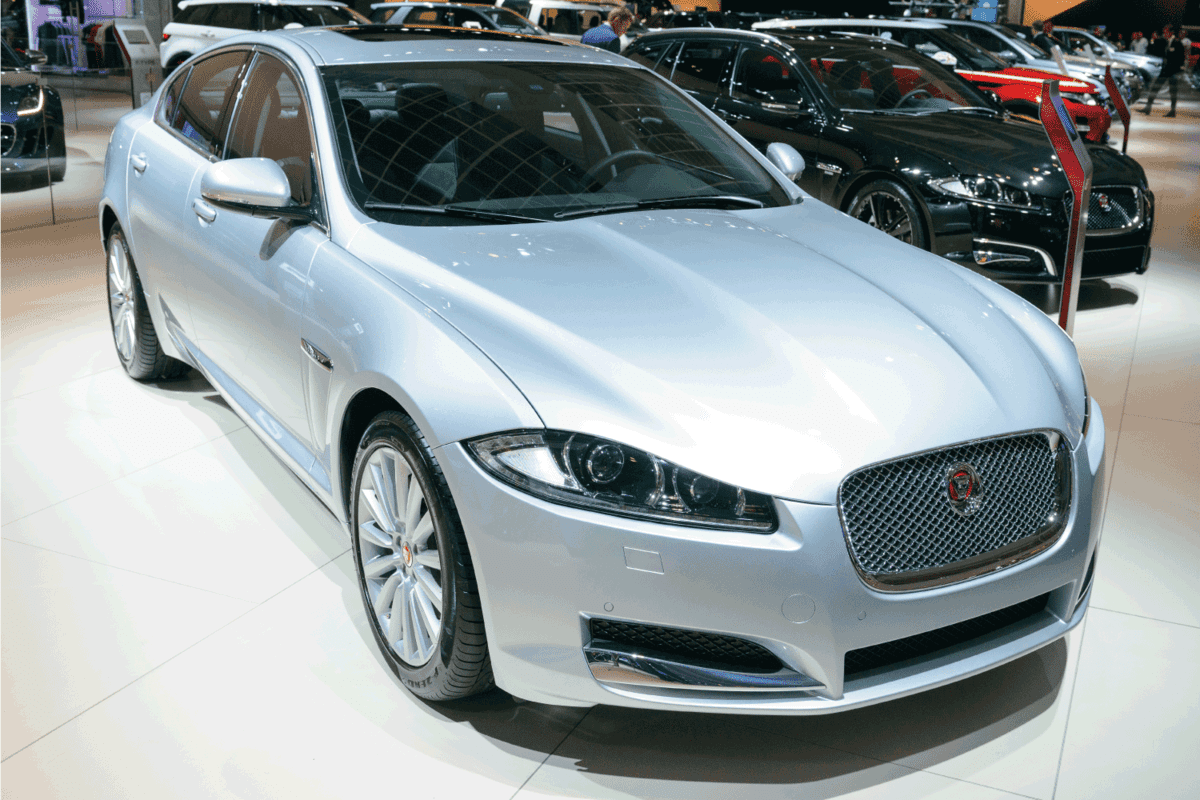 What Does XF Mean on a Jaguar?

According to this news story from ABC, the XF in Jaguar stands for Extra Fantastic. This name is just a clever thing to say regarding the quality of the Jaguar XF, but the truth is that it doesn't stand for anything in particular. XF is simply the name that Jaguar chose for the model.

The name comes from the greater series of cars that are similar to one another. The XF falls under the X-Type category. Other Jaguar vehicles follow the same pattern - like the XE, for example.

What Goes Wrong with Jaguar XF?

Every car in the world has its flaws, and no vehicle is perfect. But does the Jaguar XF have any blatant problems that will give potential owners a headache? According to Mercury Cars, the Jaguar XF and a few of its siblings can experience some suspension problems.

Is a Jaguar XF a Good Car?

With the quality of this Jaguar, the XF on its name really could stand for Extra Fantastic. The Jaguar XF's reviews on message board threads from people who own the vehicle are outstanding.

One person even reported that the only problem they have with the car is not being able to remove the smile from their face while driving it. If you're in the market for a sports sedan or station wagon, you can't go wrong with the Jaguar XF. 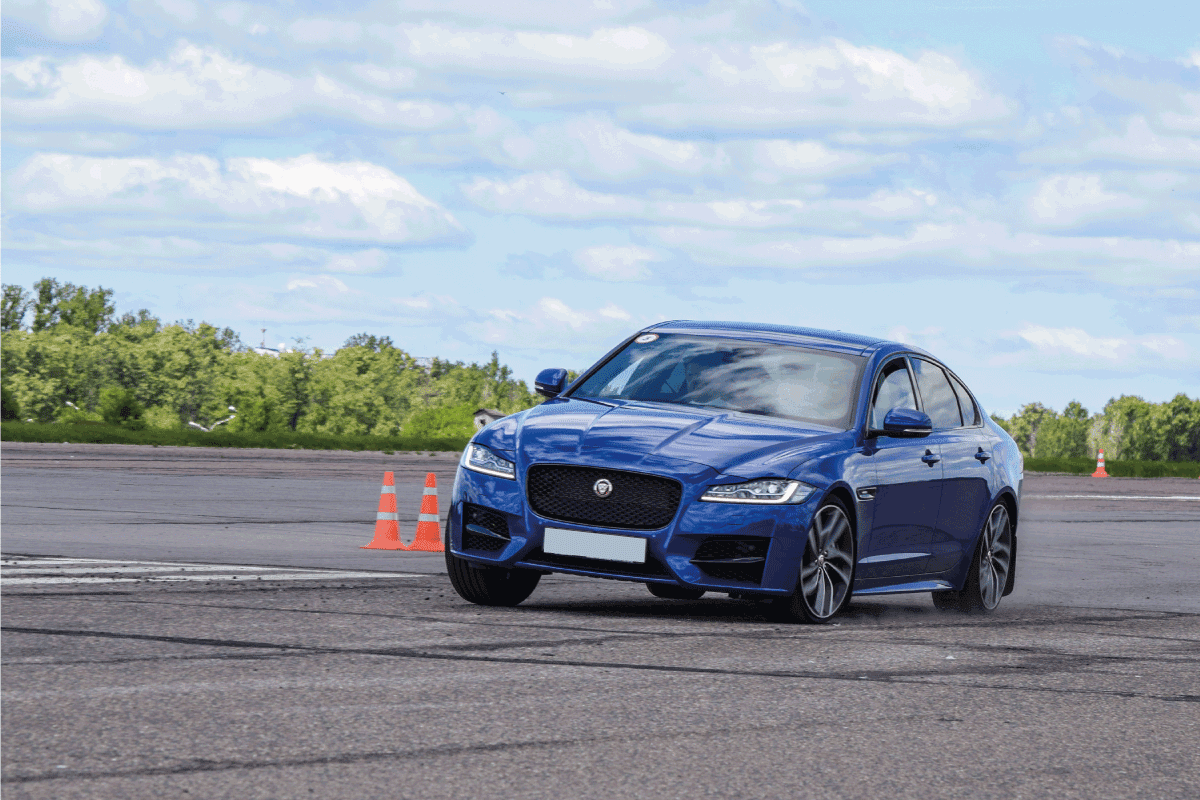 The Jaguar XF does not come with a spare tire, so you'll have to prepare for the worst in other ways. The bottom line is that no matter what your solution to a flat tire is, seeking a professional is always the best option. The best way forward to prevent a flat on a car like the Jaguar XF is to buy a set of run-flat tires and keep that fix-a-flat in your trunk just in case.

If you found the information in this post helpful, please see a few of our others:

Should Tires Always Be Replaced In Pairs?

Driving with Low Tire Pressure (How to Do So Safely)