The Nissan Frontier has been in the US market since 1997. Its size and capability make it stand as a competitor to the Ford F-150 and Chevy Silverado. But what kind of off-road capabilities does the Nissan Frontier have? With so many versions of the Frontier available, it’s tough to tell which has four-wheel drive. Fortunately, we researched the Nissan truck and have the answer for you in this post. 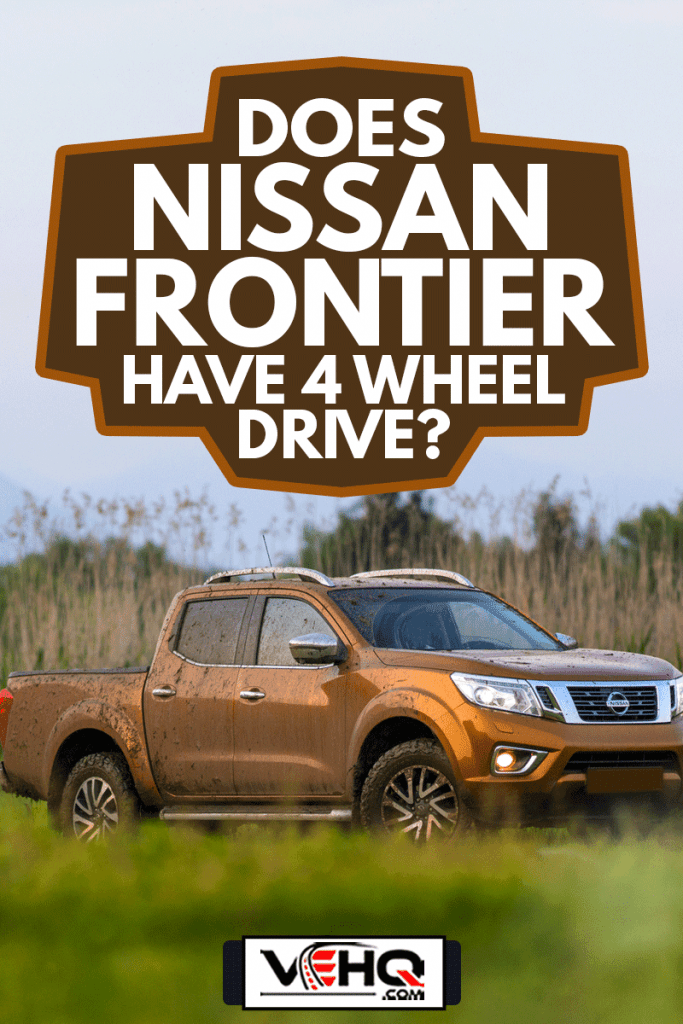 Four-wheel drive or 4×4 is a feature that is widely available on the 2021 edition of the Nissan Frontier pickup truck.

In fact, you can have a 4×4 drivetrain on any trim of the Frontier besides the Crew Cab Pro-X, which strictly comes in 4×2. Here is the complete list of trims available in 4×4 according to the specs comparison page:

It’s also worth mentioning that the Pro-4X Crew Cab trim of the Frontier is only available as a 4×4, with no option for regular 2WD. More on that trim in a little bit. First, let’s discuss the Frontier’s 4×4 feature itself. 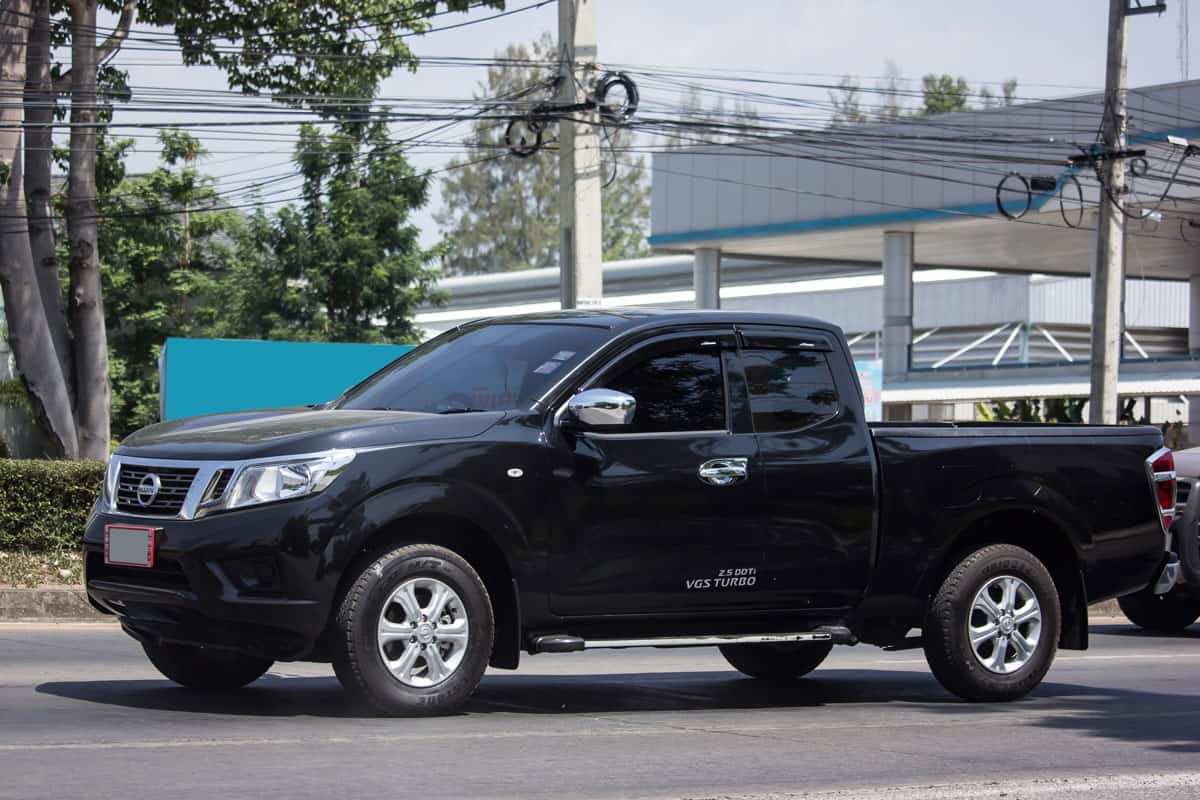 According to Nissan Frontier’s Performance details page, the 4×4 on the Frontier represents the “future of 4-wheeling.” This quote shows that the Frontier uses modern tech to bring the old concept of a 4×4 into the future.

Instead of simply having a basic on/off switch for the four-wheel drive in the Frontier, the feature is more advanced. The driver of the Frontier has the option of either a 4Lo or 4H mode.

First, the 4Lo mode is a basic 4WD that sends equal torque to all wheels. While the 4H mode, on the other hand, locks the slip differentials in place to deliver more concentrated traction.

The Nissan Frontier has some additional features that aid the vehicle in 4×4 situations. First is a Hill Descent Control system that helps apply braking to the tires, making the descent less stressful for the driver.

The second feature is an Around View Monitor, which creates a digital camera rendering of your surroundings using several cameras. This feature helps in tricky situations where the driver has to avoid shorter obstacles. 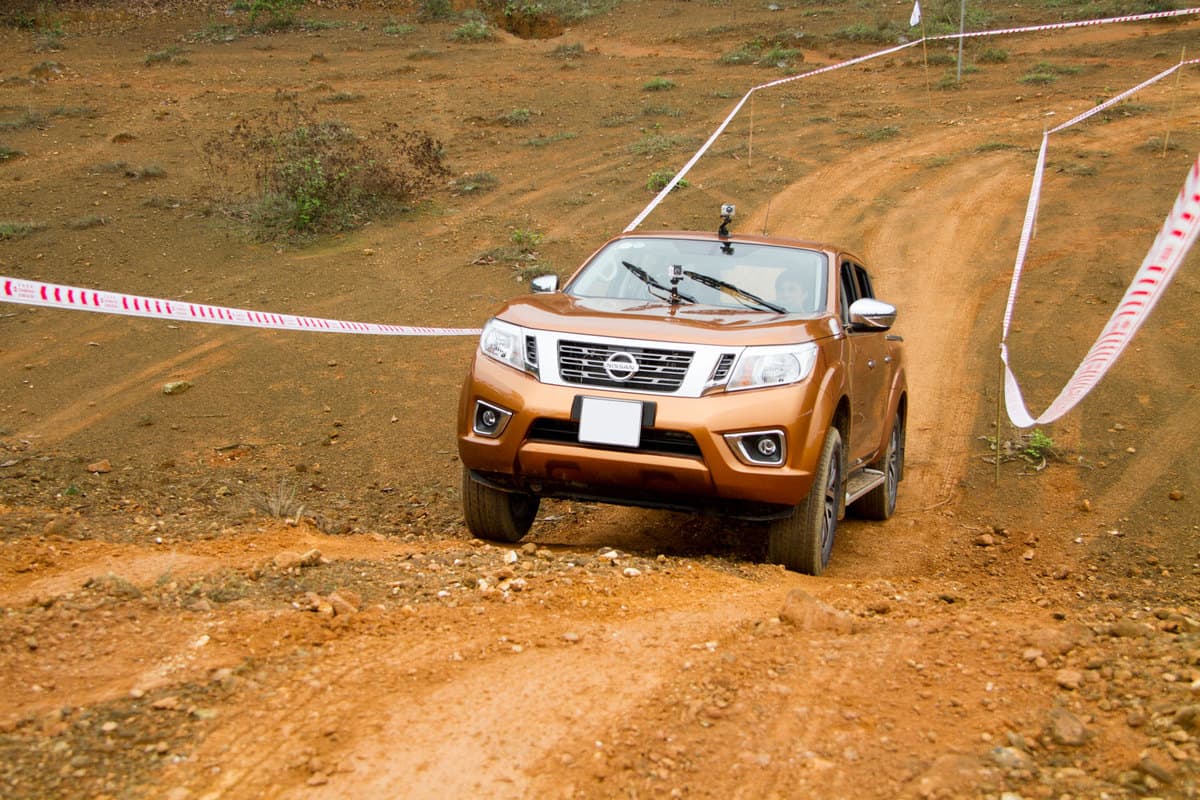 The Nissan Frontier is an excellent off-road truck. Every aspect of the Nissan Frontier’s construction leads it to superb off-road performance. Again, according to the Performance details page, other than the four-wheel-drive itself, several essential callouts about the Frontier make it great on the off-road.

First, the frame of the Nissan Frontier is built strong with no areas of vulnerability that might open to damage during off-road driving. Durable construction materials have guaranteed that no matter what obstacles come into contact with the frame of your Frontier during an off-road driving session, the Frontier can handle it.

Second, the ground clearance of the Frontier is greater than that of earlier models. Nissan has engineered the car’s undercarriage so that no low-handing mechanical pieces become a damage risk off-road.

Finally, the 2021 Nissan Frontier suspension is built to support the frame and tires through whatever off-road action they are often exposed to. The system constantly works to keep contact with the ground while reducing the impact felt in the interior.

If you are serious about off-roading, you’ll want to check out the Pro-4X trim of the Nissan Frontier. Let’s look at some of the extra features it has to make it perfect for the off-road.

What’s on the Pro-4X Version of the Nissan Frontier?

The Crew Cab Pro-4X is the most premium trim available for the Nissan Frontier. Outside of the upgraded stylistic elements of the Pro-4X Frontier, the unique trim has features to make it even more suited for off-road adventures.

The Pro-4X has all of the features mentioned earlier in the post that comes standard on the Nissan Frontier. But in addition to those, it has upgraded shocks in the suspension system, undercarriage skid plates, all-terrain tires, and an electronic rear differential.

The most remarkable feature that the trim has on top of all is a dashboard cluster full of extra gauges that display information relevant to the off-roader. These gauges show the differential’s lock status as well as the position of the car in relation to the ground. All of this helps the driver calculate risk and make decisions to avoid tipping over or getting stuck.

Is Nissan Frontier Good in Snow?

All of the features discussed above that help the Nissan Frontier function well in off-road situations can help with snowy conditions. The 4X4 will be especially helpful when you are in slow-moving cases like driving on a snow-covered driveway.

If you prefer to see the Nissan Frontier in action, the video below shows how the truck handles snow. In the video, you will see two different Nissan Frontiers tackling various off-road and snowy types of terrain. It’s a little lengthy, but even watching a few minutes of it will give you a better idea of the Frontier’s capabilities. Here is the video:

How do you Put a Nissan Frontier in 4-Wheel Drive?

Putting the Nissan Frontier into 4WD is as easy as pressing a button. In the center of the dashboard, below your primary display screen and climate control knobs, there is another cluster of knobs and buttons used to control the four-wheel drive. The knob on the left is what you use to toggle the drivetrain between 2WD, 4H, and 4Lo.

You can switch from 2WD to 4H while driving at normal speed on the road (usually less than 60 MPH). But, to change from 4H to 4L, the truck must be at a stop and in neutral. Once in neutral, turn the knob by pushing down to turn from the 4H setting to the 4L setting.

Please note that you should never use either type of four-wheel-drive mode to drive at high speeds or on a 70 MPH highway. 4WD Lo is a tool that should be reserved for when it’s actually needed and never used but at low speeds. Not following this rule could result in damage or injury.

Is the Nissan Frontier a Reliable Truck?

The exception is the 2005 model, which can have some transmission issues. Please keep this in mind if you’re thinking about purchasing a used Nissan Frontier.

How Long Should a Nissan Frontier Last?

Generally speaking, Nissan makes automobiles that have incredibly long lives. With proper maintenance and a good oil change schedule, you can expect your Nissan Frontier to live well beyond the 100,000-mile mark. Overall, older Nissan Frontiers have good total ratings from J.D. Power. 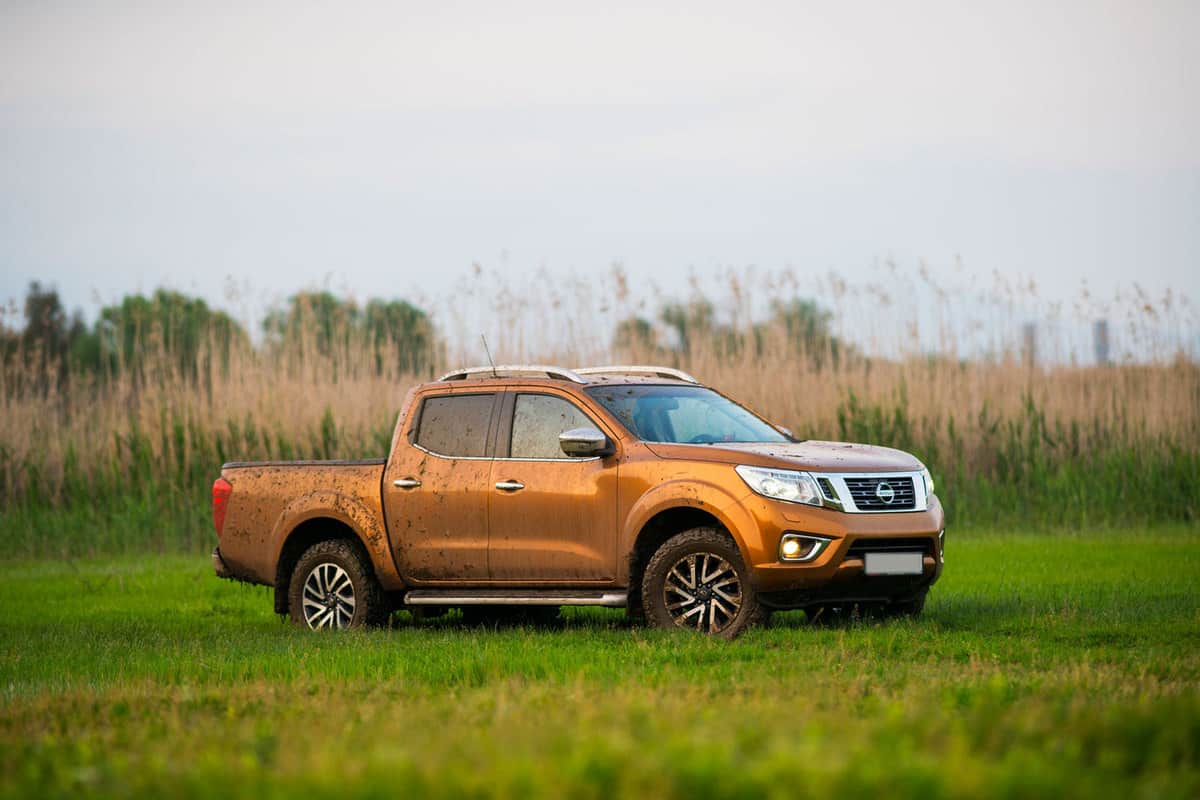 If you are looking for a reliable pickup truck with four-wheel drive, consider the Nissan Frontier. The effective four-wheel-drive system combined with the other features and overall construction of the Frontier promise to do so.

Regardless of what Nissan Frontier trim you choose, you can rest assured that it will accomplish all your off-road needs. Lifespan shouldn’t be something to worry about with a Frontier and even buying a used model is a good option.

What Kind Of Engine Does A Nissan Frontier Have?

How Much Weight Can A Nissan Frontier Carry?

How Long Is The New Jeep Gladiator?

How To Get Rid Of Engine Noise In Your Car Stereo