Are you planning to replace your engine, and do you want to know if you need to replace your Electronic Control Unit (ECU) too to match the engine? You’ve come to the right place, for we have researched this question, and we have the answer for you.

A modern car engine is dependent on the Electronic Control Unit (ECU) to regulate many of its functions. The engine that you put in your car should match the ECU so that the two can work seamlessly together. If your ECU cannot work with your engine, it cannot regulate airflow, fuel injection, and combustion.

Learn more about the relationship between the ECU and your car’s engine in the succeeding sections and why the two must have a harmonious relationship. Read on! 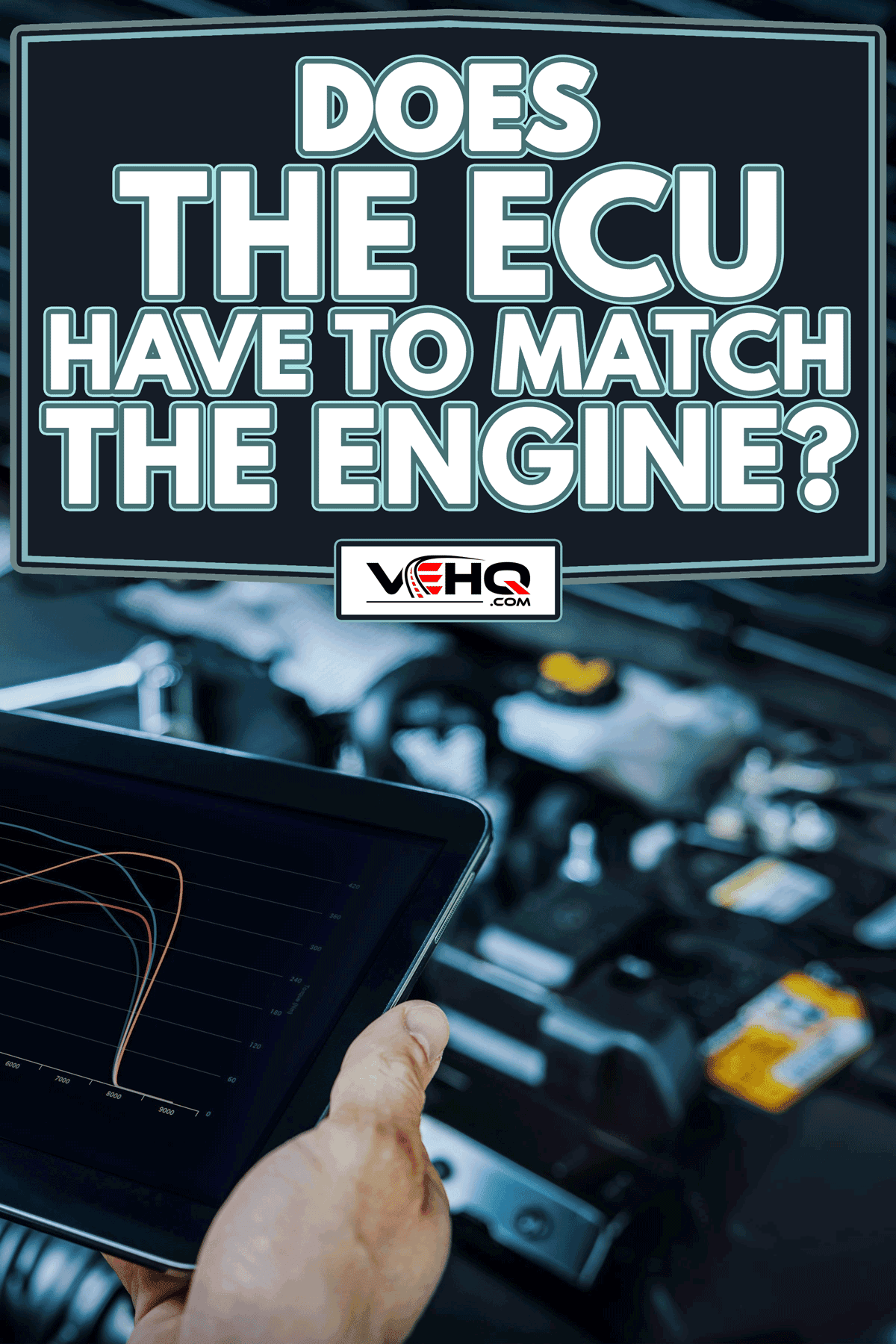 Does the ECU have to match the engine?

Replacing the engine with the same model doesn’t necessarily need a matching ECU because you already have the ECU that works with that engine.

However, if you’re replacing your engine with a different model, then you will also need to install an ECU that matches the new engine that you installed. 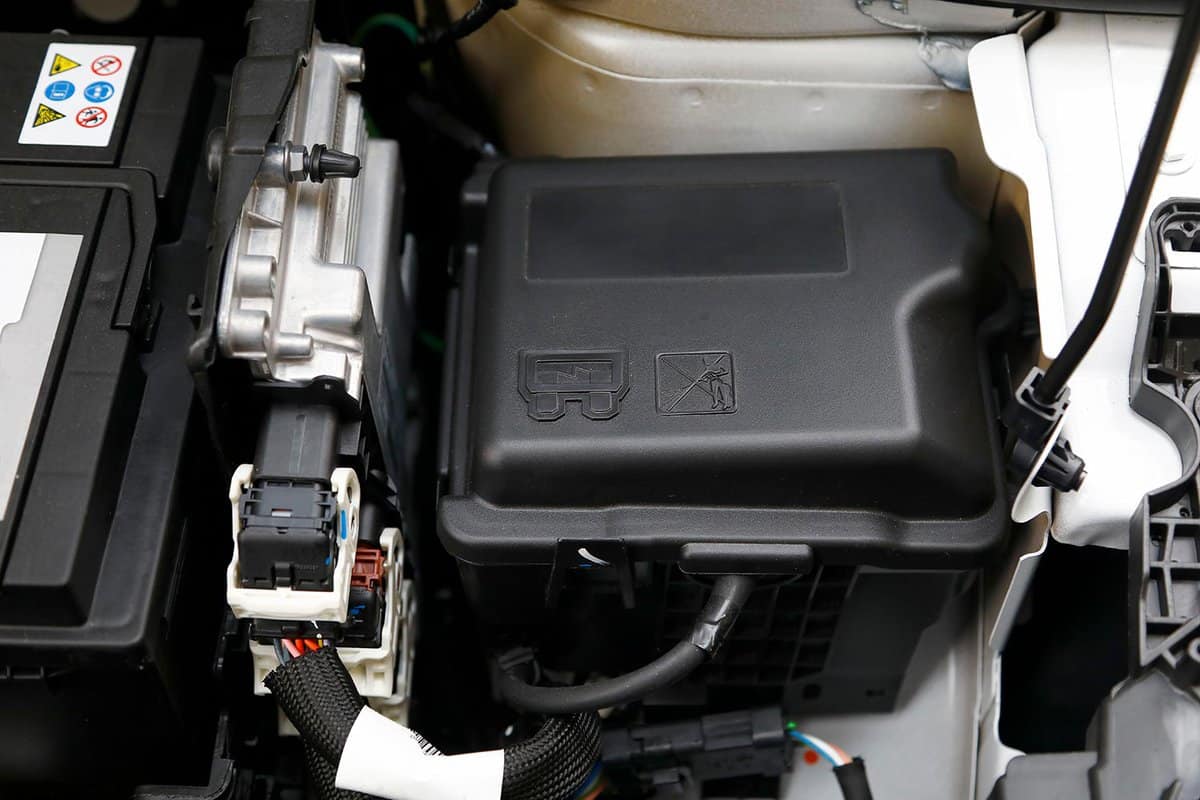 If you cannot find a matching ECU for your new non-stock engine, then you can take your ECU to a mechanic who can do an ECU tuning. Keep in mind that ECU tuning can be specialized work, and there may be shops in your area that do nothing but tune ECUs.

In addition to modifying the ECU to match the new engine, you can have an ECU tuner to improve the performance of your new engine.

A reminder, before taking your car to an ECU tuner for performance tuning, your engine needs to be in the best shape possible. Additionally, if you ask a tuner to improve the performance of your car, this could mean that your car will become less fuel-efficient.

Another important detail that you need to consider is that not all factory-installed ECU can be modified. If the ECU in your car cannot be modified, then this solution cannot be done on your car to match your new engine.

A standalone ECU is like a regular ECU, but it is not made to run a specific engine. Instead, a standalone ECU can run any internal combustion engine.

The Fueltech FT450 Standalone ECU is available on Amazon. Check it out through this link.

What happens when I use the wrong ECU in my car?

If you try to use your car with the old ECU not matching the new engine, then you’ll have car problems that are the same as a bad ECU. One possible problem is that your car will not start. If your car does start, you will experience bad fuel economy.

This will cause your car to misfire or stall and have very poor engine performance.

Can ECU be interchanged?

The ECU of a specific car can be swapped with the ECU of another car if they are of the same year model. Some car models use the same ECU across several year models. ECU from these cars can be installed in the same compatible year model with no negative effect on the engine's performance.

Can ECU be repaired, or does it have to be replaced all the time?

Replacing the ECU can be expensive. A replacement ECU can cost anywhere from $1,000 to $3,000, depending on the brand and model of your car. Fortunately, an ECU can be reprogrammed, which costs much less.

A service center can reprogram a faulty ECU. The actual cost of labor depends on the extent of the damage and the make and model of your car.

As we’ve mentioned earlier, some ECUs cannot be tuned. This means that these ECUs can only be accessed and repaired by the manufacturers' service centers.

If a local repair shop cannot access your car’s ECU, then you should try to have it reprogrammed by a local service center of your car’s manufacturer.

Can I program my own ECU?

And since we’re talking about reprogramming, an above-average understanding of how computers work is required.

However, if your ECU cannot be accessed for tuning, then it cannot be accessed to be reprogrammed. Even if you have all the tools needed to reprogram your ECU, you likely cannot access an inaccessible ECU except by the computers of your car’s manufacturer.

If you make a mistake in flushing your engine oil and replacing it, then all you will end up with is spilled oil on your garage floor. With ECU reprogramming, a mistake can hurt your engine performance. It can even cause your engine to become unusable.

Is ECM the same as ECU? 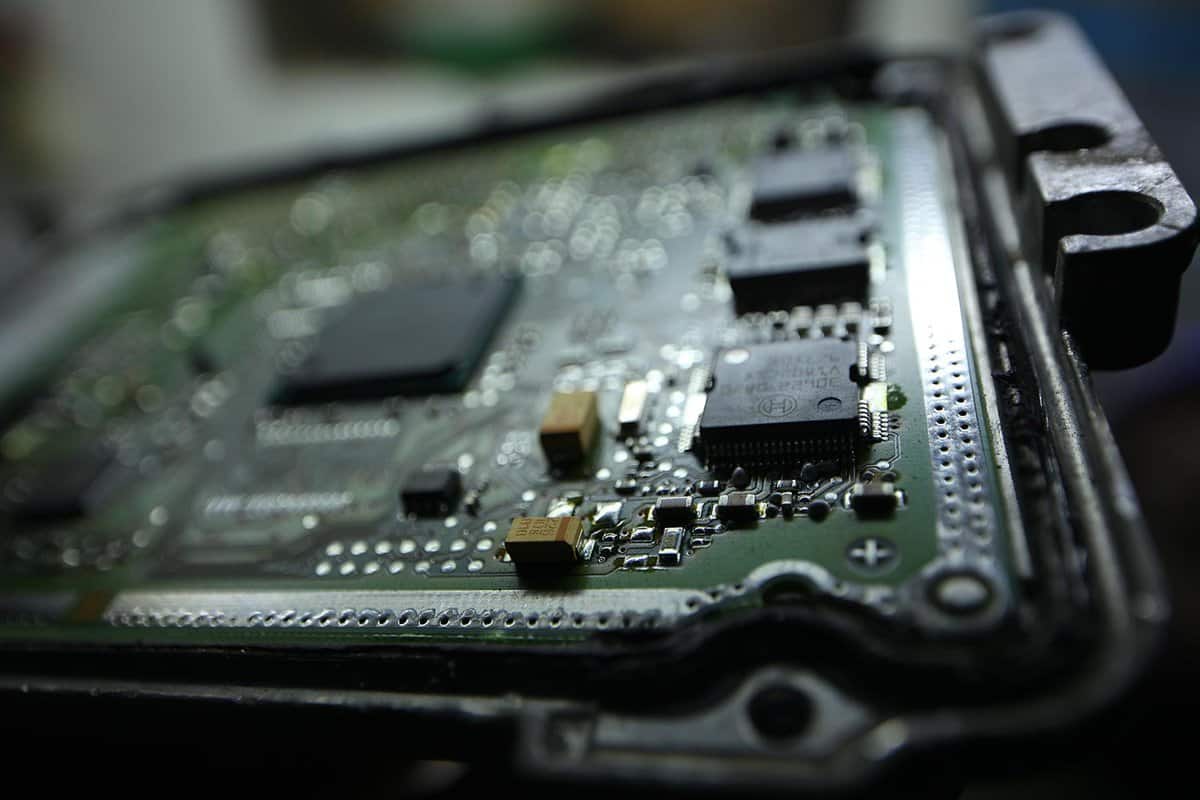 Do ECU part numbers have to match?

It is possible to have two ECUs with the same part number to have different software. Some part numbers represent calibrations on the same software system.

If you have an ECU that doesn’t have the correct software to match your vehicle, the computers of your car’s manufacturer can downgrade, upgrade, or replace the software. This can be impossible to do from outside the manufacturer’s service centers if the ECU is inaccessible.

What else should I replace when replacing an engine? 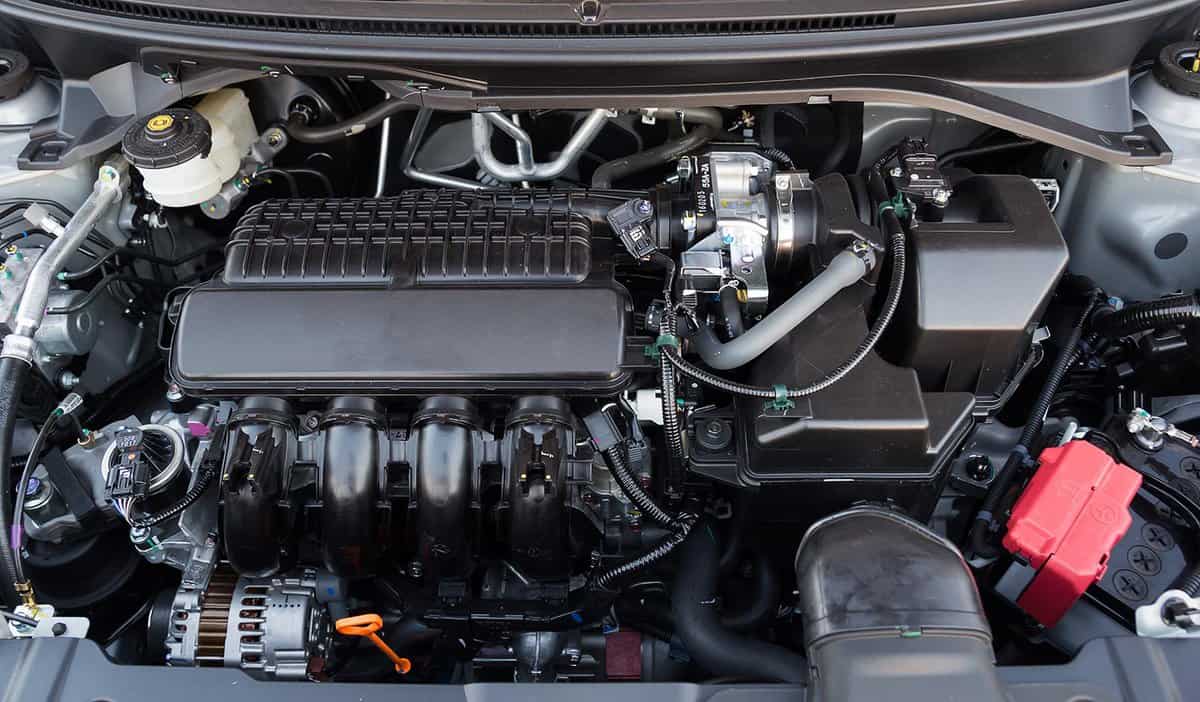 One of the most important parts that you need to replace after you install a new engine is the belts.

If you installed a different engine into your car, then you will need belts that will match the new engine. Connect it to the car parts that it needs to provide power, like the alternator, the water pump, or the compressor.

Pay attention to the pulleys and the belt tensioners when you replace the belts. They need to be installed on the right side of the belt so that they can do what they were made to do.

The HENYAS timing belt kit with a water pump that is compatible with the 2001 A4 Quattro, 2001-2006 TT Quattro, Volkswagen Jetta, Volkswagen Beetle, Volkswagen Golf, and Volkswagen Passat is available on Amazon. Check it out through this link.

Engine fluids should definitely be replaced. You should not transfer the fluids from the old engine into the new one. Fill the new engine with new fluids. Engine fluids include transmission oil, coolant, and engine oil.

Replace the mounting rubber as well. This will give the new engine a more secure fit.

Replace the air and fuel filters. Additionally, it is a good idea to replace the wiring on the new engine.

Does a replacement ECU need programming to the car? 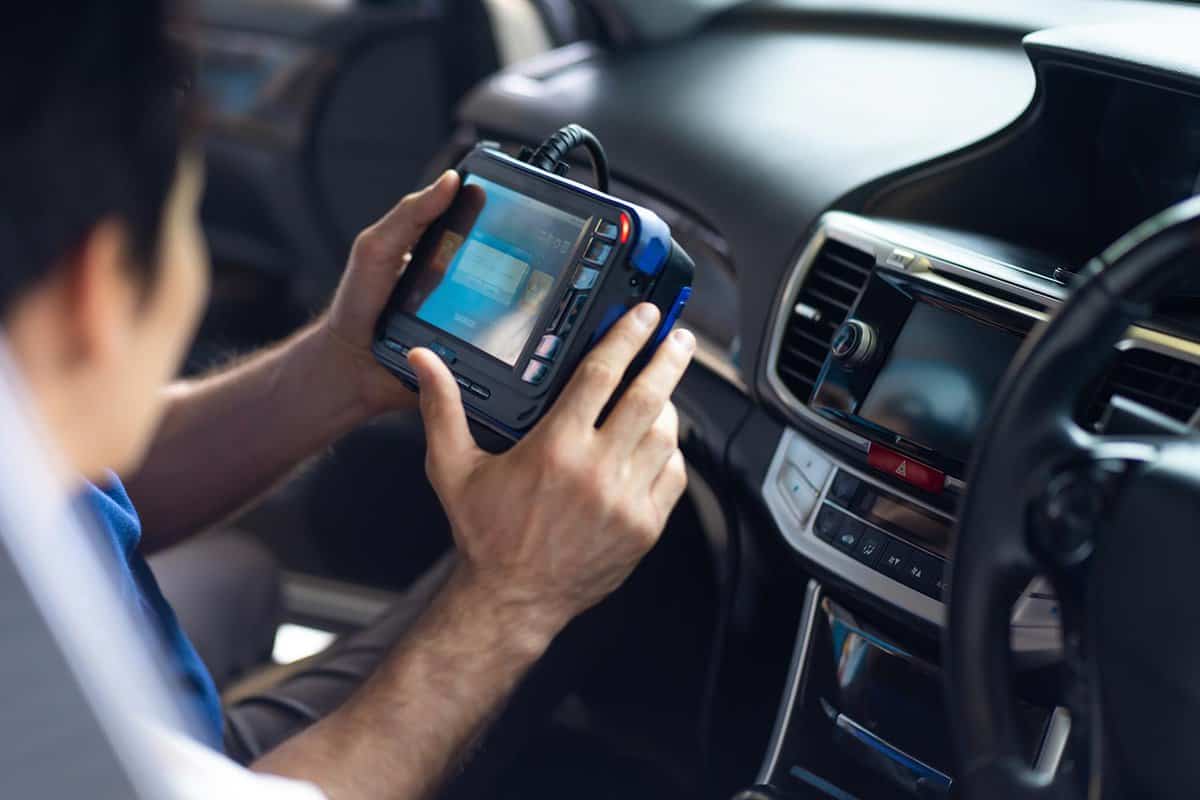 A replacement ECU does not need to be programmed.

If you have a replacement ECU for the same model of car, then you do not need to do anything like programming it to your car. Replacement ECUs are plug-and-play. Just make sure that it is for the model of your car.

How to replace or swap an ECU?

You need to install a matching ECU when you do an engine swap on your car. However, you do not need to replace the ECU when you replace the engine with the same type and model. Alternatively, for an unmatched engine, you could tune the ECU or install a standalone unit.