Making yourself aware of your vehicle's weight comes in handy for several reasons. If you are shopping for a new model, knowing the weight will give you a better idea of the fuel economy, as well as give you insight into the vehicle's safety rating. Should you be considering purchasing the Genesis G70, we can help you figure out how much this popular car weighs. We researched the Genesis G70 from multiple professional sources so that you can have a definitive answer.

The Genesis G70's weight ranges between 3,516 pounds and 3,887 pounds. There are five trim levels of this model vehicle. The weight of each is as follows:

Now that we know the weights of all five trim levels of the Genesis G70, we'll break down the different ways that vehicles have their weight measured. You might also be curious if the Genesis G70 is a full-sized vehicle or if buying this model car is worth the cost. Is the Genesis G70 a twin-turbo? What are other cars in the same class as the G70? For the answers to these questions and more, read ahead in this post to see what we have uncovered with our research. 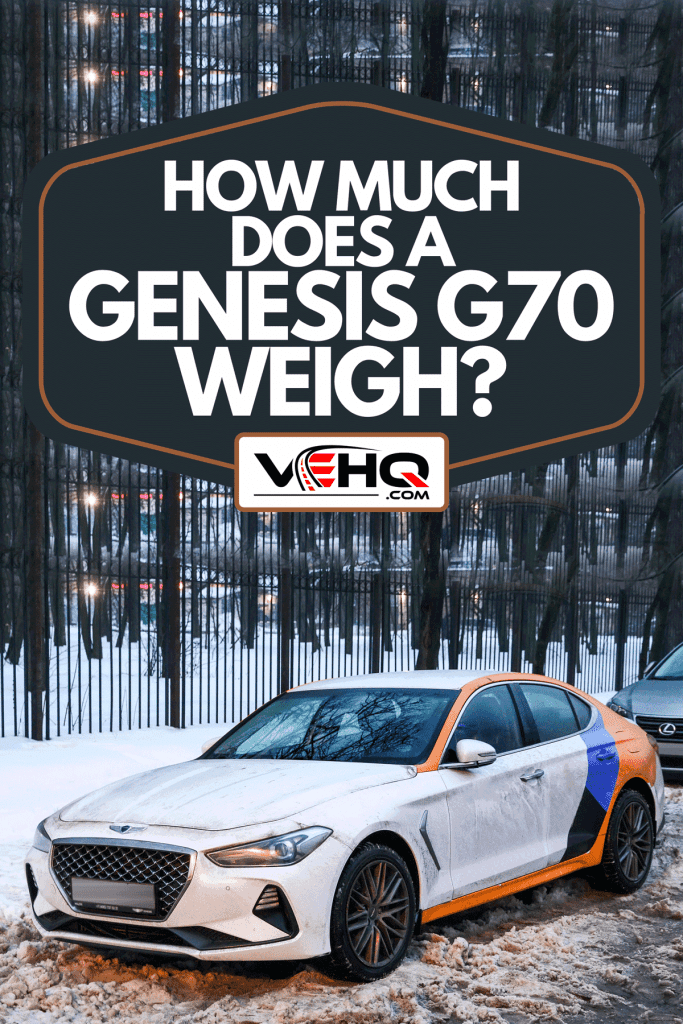 Different ways in which the G70 has its weight measured

The weight of the various trim levels we listed above refers to the curb weight of the Genesis G70. A vehicle's curb weight is how much it weighs when it is empty of all passengers and cargo. But what other weight measurements are important?

The gross vehicle weight is how much your fully-loaded vehicle weighs. To determine this, you add the curb weight of the vehicle to the total weight of all passengers and cargo.

This number is the maximum amount your fully-loaded vehicle can weigh and still be safely operated. So if your gross vehicle weight exceeds this number, you'll need to shed some of the weight so that you don't damage your G70. Exceeding the gross vehicle weight rating can also lead to an auto accident, so be sure to pay attention to it if you are going to fully load your vehicle.

Payload capacity is the maximum amount of weight you can bring on board the vehicle you are driving. It is the combined weight of all passengers, cargo, and additional equipment you might have had installed after you purchased the vehicle. For the G70 Genesis, the payload capacity will depend on the trim level, which we have broken down here:

For additional points of reference regarding your Genesis G70's weight and weight limitations, please refer to the owner's manual.

Is the Genesis G70 Full Size?

The Genesis G70 is in the class of full-size luxury sedans. The sedan class of cars is based on a three-pillar system, labeled "A," B," and "C." Each pillar represents one section of the vehicle. "A" represents the engine bay, "B" represents the passenger area, and "C" represents the storage compartment. 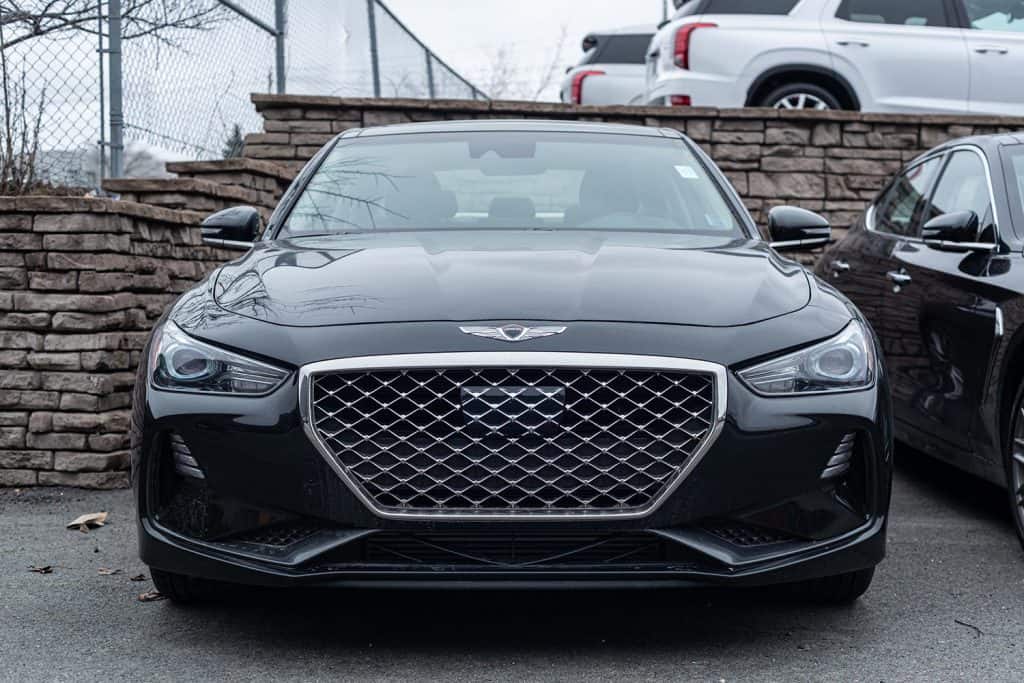 Is the Genesis G70 Twin Turbo?

The Genesis G70 is equipped with a twin-turbo engine. Under the hood of this luxury sedan is a 2.0 liter turbocharged inline four-cylinder engine. The engine produces 252 horsepower and is aided by an eight-speed automatic transmission.

This engine, according to Car And Driver, provides a ride that is comfortable and very well-balanced. This can be said for both the 2.0T trim level and the 3.3T. While the 3.3T has faster acceleration, each engine type fairs well as far as reaching maximum speed in a short amount of time. 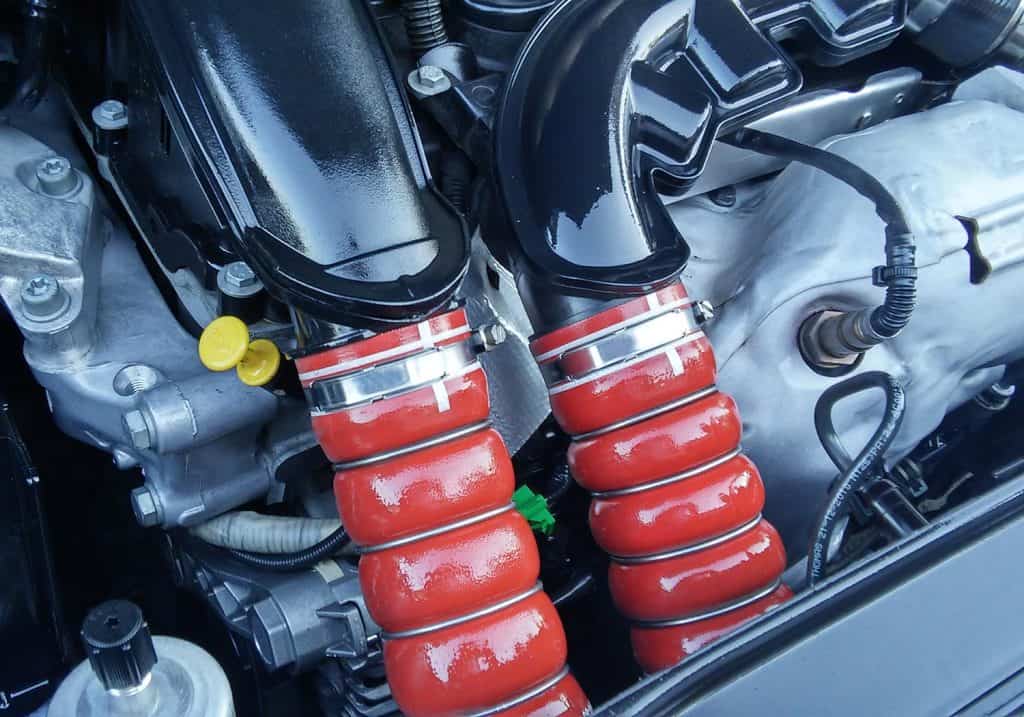 What does the Genesis G70 Compare to?

The Genesis G70 is not the only luxury sedan on the market today. Other auto manufacturers have produced many other models in this coveted class of cars. We researched this class from the model years 2019 to the present, so you would have a great idea of what is on the new and gently used market today. These luxury sedan models include:

Is the Genesis G70 worth it?

Car and Driver rates the Genesis G70 a respectable 9/10. The onboard features make the G70 a leader in its class, as does the optimum level of comfortable seating. The 2.0T base level trim has a modest starting price of less than 36k, making it one of the more affordable luxury sedans on the market today.

The solid performance of the engine and the smooth shifting of the eight-speed automatic transmission makes for a quiet ride. While not as swift as other models in this class of vehicle, the G70 still gets from zero to 60 miles per hour in 5.5 seconds and can run a quarter-mile in 14 seconds from the starting line. 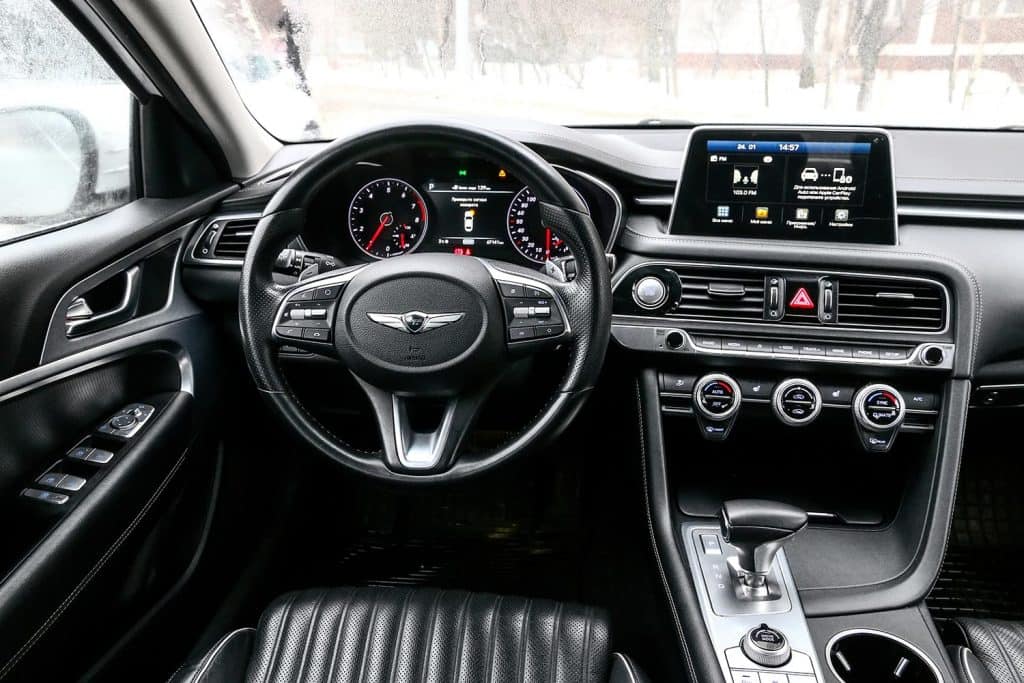 Genesis states that their name implies "creation" and references the first book in the Bible. The "70" indicates the model number.

This South Korea-based auto manufacturer boasts that they are pushing for cutting-edge technology and enhanced safety features in every model they produce. The G70 is no exception to this. Equipped with the latest safety features, this sedan rates highly in both safety and performance. True to its name, the Genesis is leading the way with creative innovations in the automotive world.

The Genesis G70's weight is within the average range of a luxury sedan. This model car is known for its reliability and its enhanced safety features, as well as its ability to hold its value among others in its class. Equipped with a twin-turbo engine, you can expect the Genesis G70 to give you an impressive amount of acceleration behind the wheel.

The top of the line onboard features of this vehicle, coupled with the modest price tag, make the Genesis G70 a very good buy, and one that many critics say is a solid choice. Drive safe!

If you enjoyed reading this post on the Genesis G70, we believe that you'll find the following posts to be helpful:

How Heavy Is My Car? Here’s How to Find Out for Sure

How Many Miles Does A BMW Last? [Breakdown By Model]

Which Sedan Car Has the Most Leg Room?