You've just bought a new head gasket, and you want to make sure that you're not missing anything else before you start doing the replacement. Guess what? You're in the right place! This is because we've already researched to bring you this information.

After replacing your head gasket, there may be a few problems that could arise. Some common problems include overheating due to a bad head gasket replacement job, warped cylinder heads or engine blocks, and a failing timing belt.

Replacing a blown head gasket is an arduous task. The slightest mistake could make you go back to square one and redo the entire process. We will tell you what to look for and what not to do so that you don't mess up the process. Continue reading to learn more. 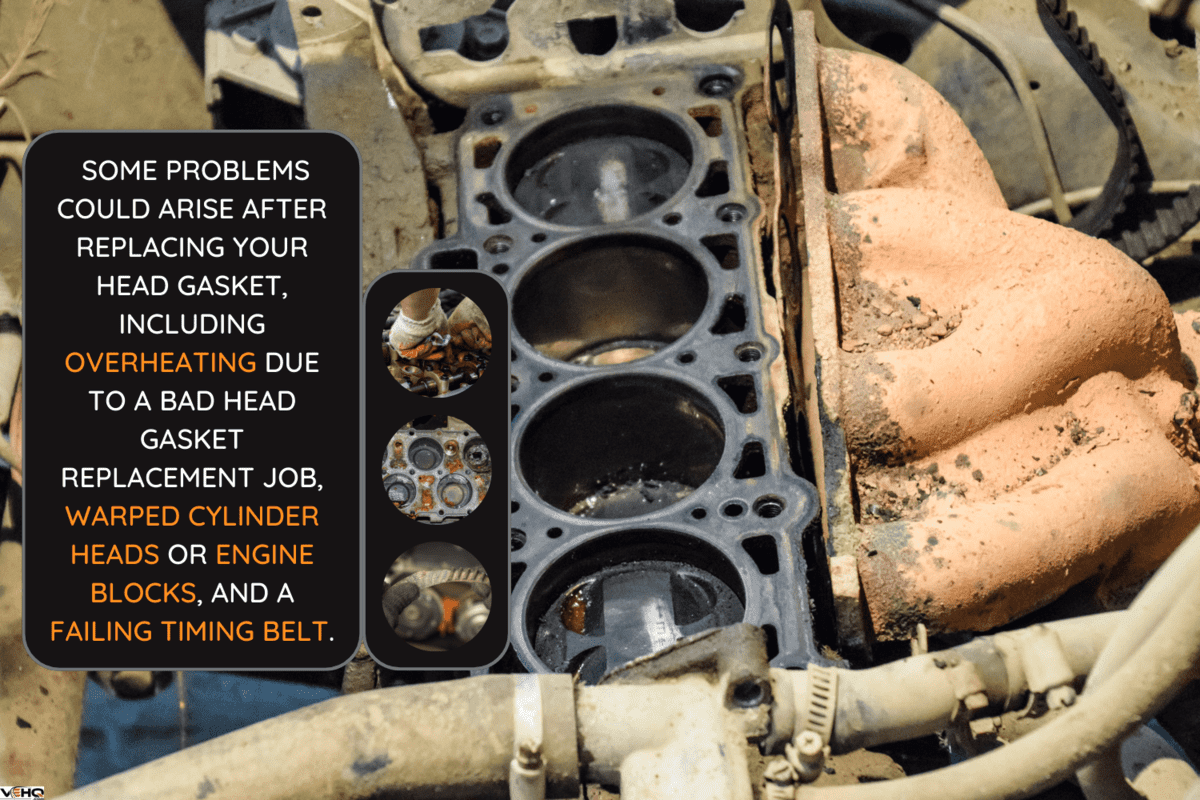 Head Gasket Replacement: Do It Right The First Time

A head gasket replacement is a big job. You might already know that it's a very involved job and should be performed by an experienced mechanic.

There's no easy fix to a faulty head gasket. The mechanic needs to take the entire engine apart to find out if the head gasket needs to be replaced. Depending on the extent of damage, it may require a complete engine rebuild.

This is when repair becomes more expensive, and there's nothing you can do about it. A faulty head gasket can mean thousands of dollars to replace it. It could also mean that the whole engine or some components of it will need to be replaced.

Get A Trusted Mechanic

As far as mechanics go, many of them will tell you that they're able to do a head gasket replacement on a "good" car but not on a "bad" car. There is some truth to this. This is because replacing a blown head gasket of a bad car would mean that complications have already set in and that they'll be dealing with a whole different situation which requires more work.

In this regard, it's essential to be able to rely on the mechanics you trust. You want to avoid having a mechanic replacing your head gaskets without properly checking your engine. 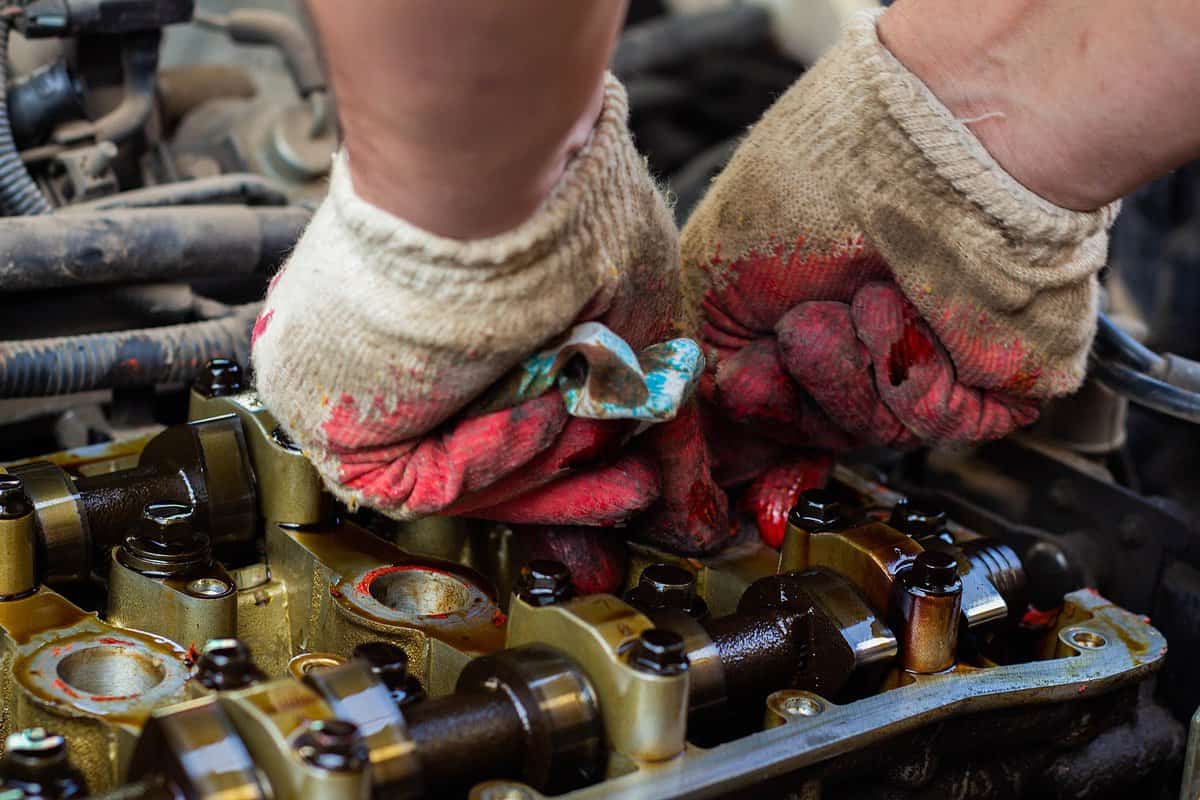 What To Look For After Head Gasket Replacement?

There are several signs to look out for after getting your head gasket replaced. When you identify any of these issues on time, you can catch your car before it falls apart completely.

Some people may find it strange that even though they have replaced a damaged head gasket with a brand-new one, their car still overheats. One possibility is that the head gasket replacement was unsuccessful.

To determine whether or not this is the problem, you should check the head gasket for evidence of oil or coolant leaks.

If these elements are found, you can go back to the mechanic who performed the head gasket replacement. Ask them to take another look at the job.

If there is no evidence of a leak, it can either be due to a warped cylinder head or a warped engine block. When a head gasket is blown out, it creates a weak spot for other components.

Unless you have detected the blown gasket early on, there's a higher chance that these components are warped.

Early detection of a blown head gasket in your vehicle can save a considerable amount of money on repairs. It will also help protect your engine's health. You may not realize it, but you're putting your car's engine at risk with small problems that are not properly addressed.

Symptoms of a warped or cracked cylinder head and engine block are reminiscent of a blown head gasket, which include:

You may want to watch this video to learn how to check any warping on a cylinder head or engine block.

What Causes Cylinder Heads And Engine Blocks To Warp Or Crack?

With all cylinder heads being used, there is a possibility of overheating due to increased engine load. In order to protect the cylinder heads and engine blocks from warping or cracking, a car uses a cooling system.

A cooling system for an engine includes a radiator, a water pump, and a fan. As the engine heats up, the radiator releases a lot of its heat through the coolant that is being circulated by the water pump.

Aside from the coolant, the radiator also has a fan motor that pulls cool air to help lower the coolant temperature and cool off the engine as well.

The radiator and fan motor must work harder when the coolant temperature becomes high. If either the radiator is clogged with dirt or the fan is faulty, then you have an overheating engine. If this continues for a long time, overheating can cause permanent damage to your cylinder head and engine block.

To ensure your car's cooling system is in good working condition, you should check the coolant reservoir and replace it with a new one when needed. You should also check whether the coolant hose is leaking.

The water pump is also worth checking as it is the one responsible for circulating coolant through the engine block. Check its condition and replace it if necessary. 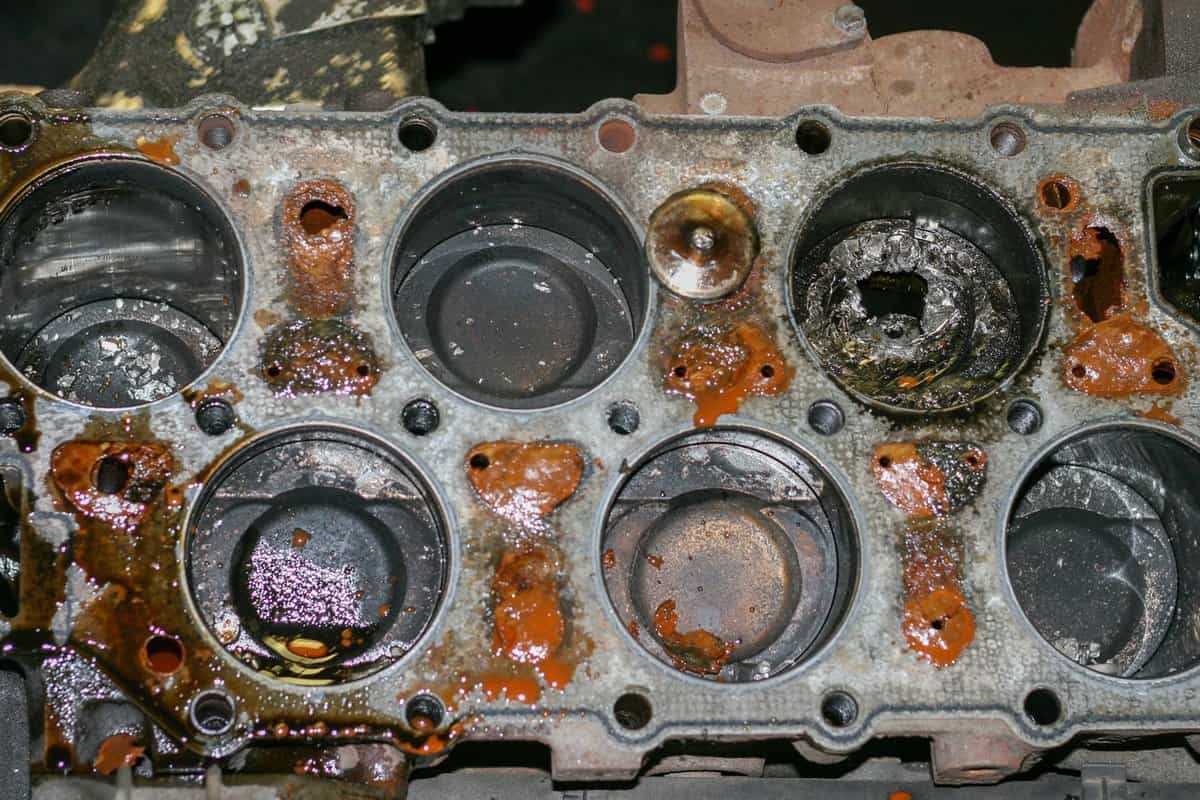 Having a worn timing belt in your car can be one of the most costly replacements that you'll need to address. Since timing belts are such vital parts of the engine, it makes sense that they're fairly pricey. A timing belt works for timing the crankshaft relative to the camshaft, as a result, it controls how the valves open and close.

Engine timing refers to the position of the timing marks on your crankshaft. When an engine is timed, its cylinders are adjusted to open and close at the same point. This ensures that the proper amount of air and fuel enters the engine and burns properly.

If the timing belt is frayed, it can cause the engine to overheat. In fact, the symptoms of a worn timing belt are pretty much similar to a blown head gasket. This can lead to other problems, such as the car breaking down completely or being totaled.

The solution is pretty straightforward. Just replace the belt: remove the old one and then install the new one in its place.

Easy peasy? Well, this is not to discourage you, but the entire process is so labor-intensive that it will take approximately 4 to 8 hours for a professional mechanic to finish.

So, if you feel that something's not right with your engine's timing, it's definitely time to have its timing belt checked. 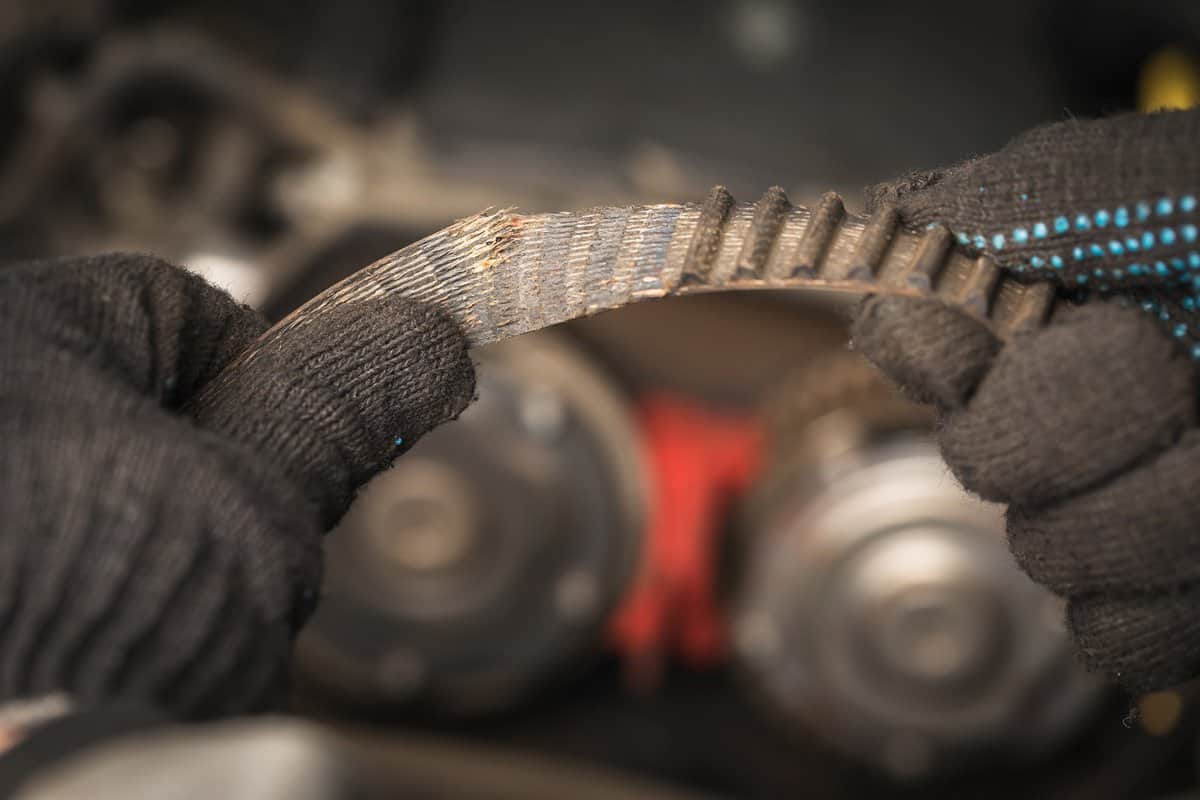 What Error Code Does A Blown Head Gasket Show On The OBD2 Scanner?

If you're looking to determine whether or not you have a blown head gasket on your car, then you should pay attention to several different codes you may see on your scanner.

There are three codes you should be familiar with before attempting to diagnose a problem with your car's head gasket in hindsight.

This code tells you that your engine is misfiring. A badly blown head gasket that is beyond redemption will cause loss of compression, which in turn, causes the engine to misfire.

A P0171 error code means that a problem has occurred with the air-fuel mixture within the engine.

The most common cause of a P0171 error code is when the oxygen sensor detects there is too much oxygen level in the exhaust stream. This indicates that there is less fuel because it's leaking in the combustion chamber (blown head gasket), but more air.

A P0172 error code is the exact opposite of P0172. When you get this code, this means you have more fuel but less air in the mix.

Check out this OBDII scanner on Amazon.

Does Check Engine Light Come On When A Head Gasket Is Blown? 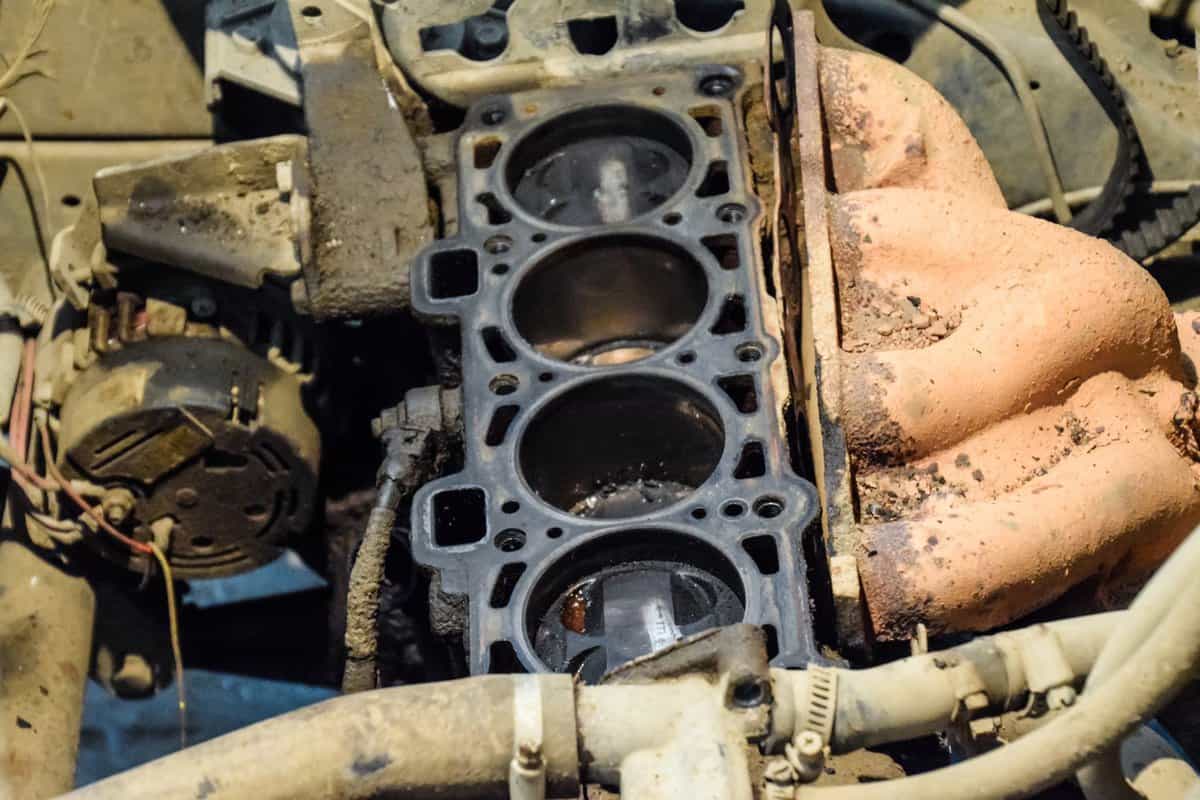 The check engine light can only be triggered if the engine is experiencing issues connected to engine performance.

A head gasket may not be directly connected to the actual functioning and operation of an engine and its components, such as the pistons, cylinders, and valves per se (since it works as a seal), but it can cause it to misfire when it's blown due to compression loss.

It is imperative to have a good understanding of what each component of your car's engine should look like before getting its head gasket replaced.

For example, if you have an engine that has had a head gasket replaced, the head gaskets should have been replaced to the original specifications. You should also know what a good cylinder head and engine block should look like.

This is the only way to know if the mechanic is not goofing around trying to siphon all your savings for car maintenance.

How To Know If You Have A Clogged Radiator Or Blown Head Gasket?