Gaskets and seals come in a variety of shapes and sizes. However, not everyone knows the difference between the valve cover gasket and the head gasket. Fortunately, we are here to share what we have learned with you.

The valve cover gasket and head gasket have several differences, such as;

Keep reading to find out more about the distinctions between the two types of gaskets. We'll also cover the symptoms of a blown gasket, how to diagnose a leaking gasket, and whether you can drive your car with a leaking gasket. 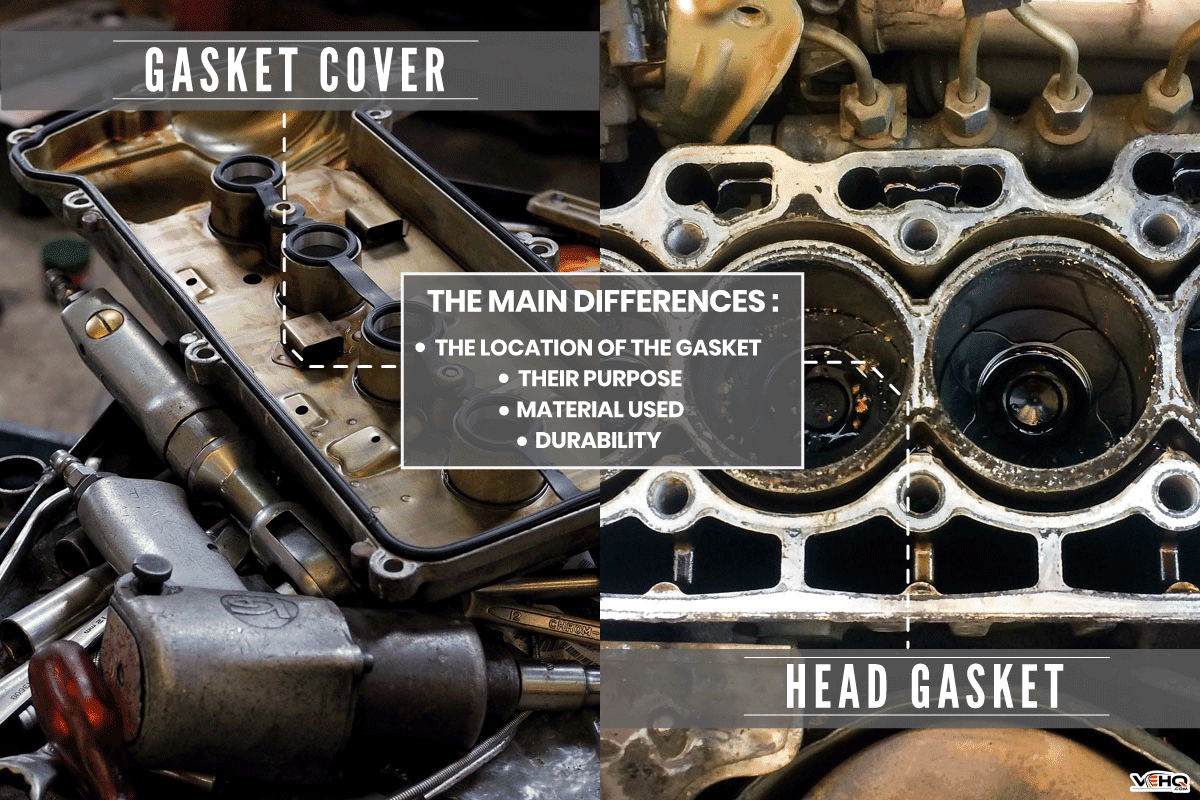 What Is The Difference Between A Valve Cover Gasket And A Head Gasket?

Both of these parts are located near the top of the engine, but their functions, materials used, and durability are very different. Here are the specifics of their distinctions. 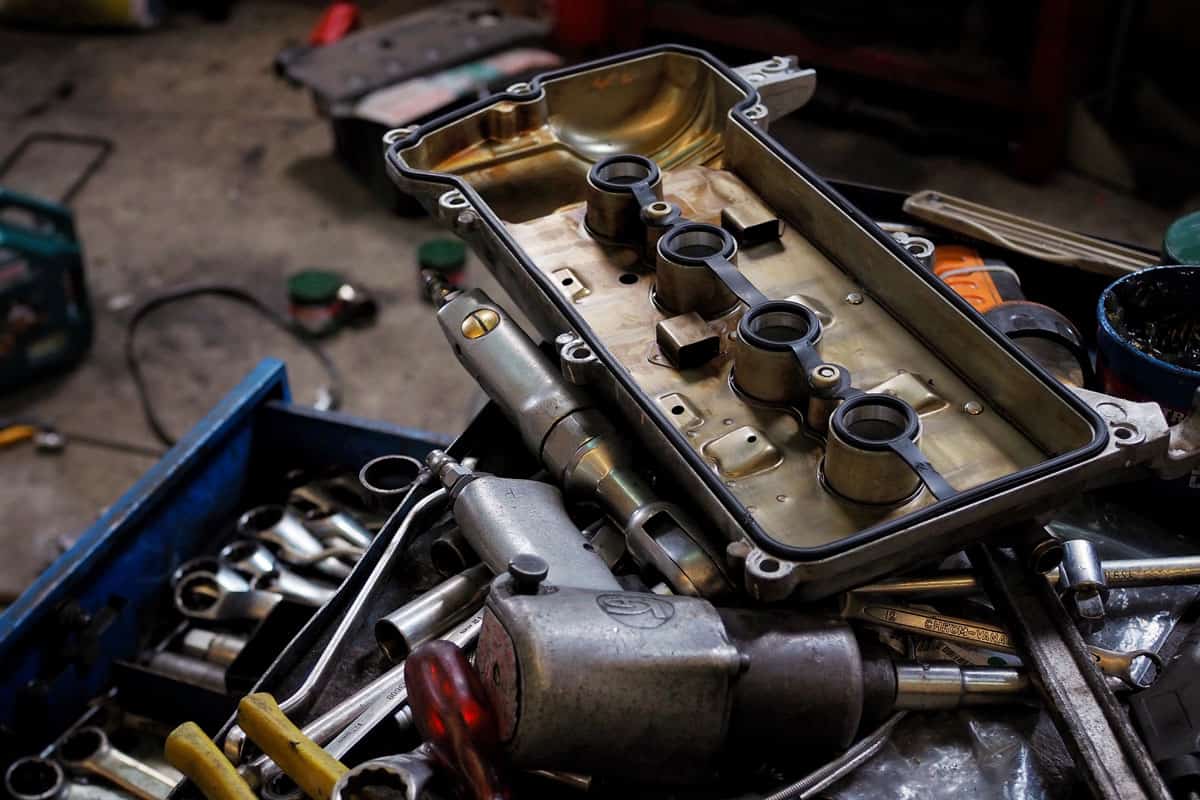 Location Of The Gasket 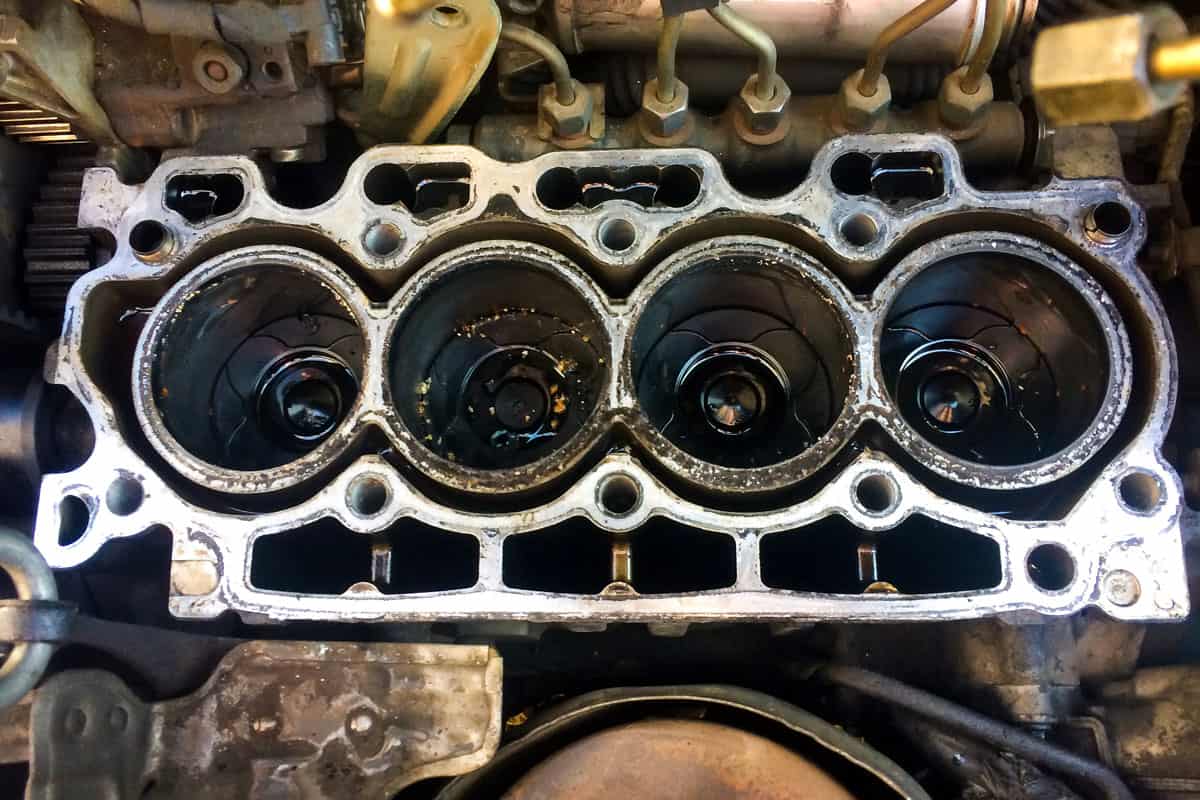 The valve cover gasket is an essential component of your vehicle's fuel system because it keeps oil and fuel from leaking out of the engine as it travels around the camshafts, valves, and rockers.

The head gasket also plays an important role in sealing the engine's combustion chamber so that your car can achieve the necessary compression to keep your engine at its best performance.

It also prevents coolant or oil from leaking elsewhere, reducing the risk of your engine overheating and catching fire.

A valve cover gasket is made of silicone rubber, whereas a head gasket valve has a more complicated design that includes a number of thin narrow steel coats that are linked together.

These layers could be made of copper or graphite, but steel is the most commonly used material.

The outer coats of this type of covering are typically protected by a Viton coating, a rubberized material designed to improve the seal between the cylinder head and the engine block.

The valve cover gasket should last for many years and at least 40,000 to 60,000 miles, whereas head gaskets typically last 200,000 miles, which is considered the average car's lifetime.

What Are The Symptoms Of A Blown Valve Cover Gasket And Head Gasket? 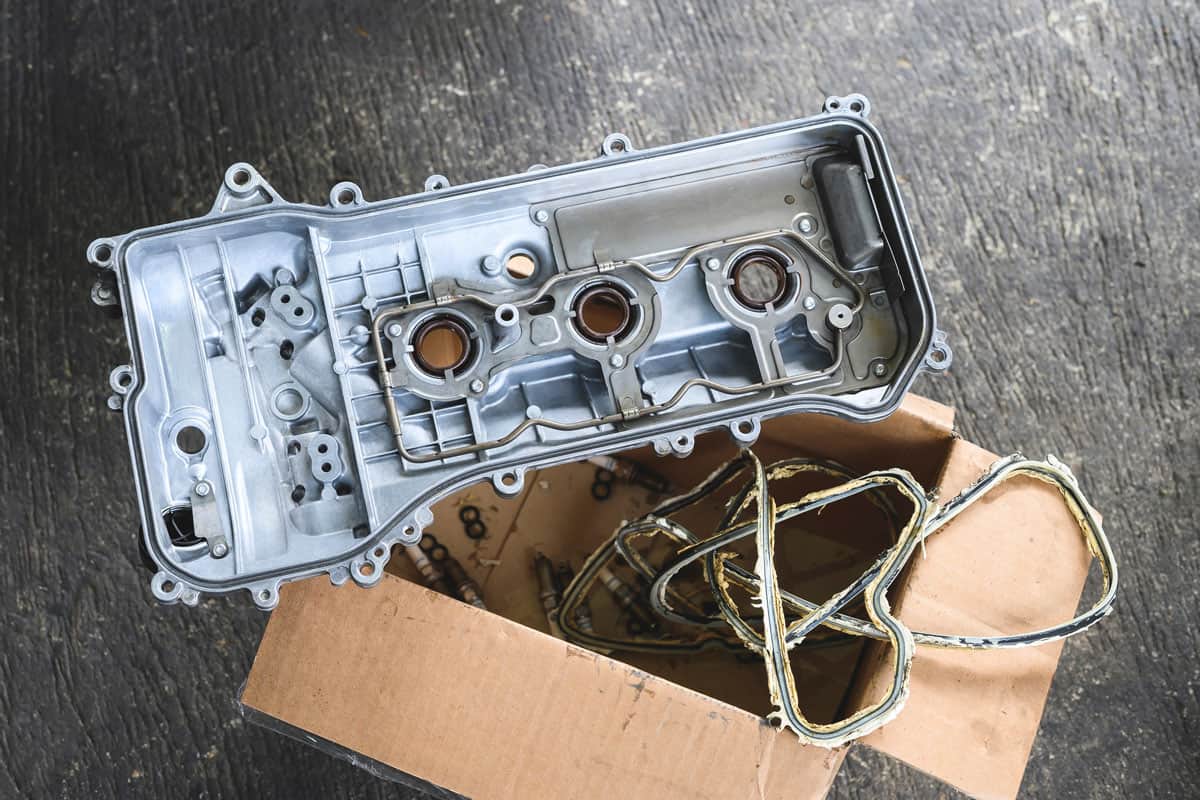 The following are the primary signs of a blown valve cover gasket:

You should be concerned whenever you smell burning oil. Oil leaking from the valve cover can cause a foul odor by dripping on the exhaust and onto hot engine parts.

When you open the cover, the smell will be unpleasant, but you might not recognise where the oil is burning right away. This is a risky situation because you never want anything burning under the cover that could start a car fire.

The Oil Warning Light may notify you of low engine pressure or a lack of lubrication. When there is a valve cover gasket defect, the Check Engine Light may clarify as well.

Either of these indicators indicates a critical problem that must be fixed immediately.

Leaking oil is never a good sign. Several malfunctions can cause this symptom.

If the oil is in or coming from the valve cover area, you should suspect a faulty valve cover or gasket. Inspect the surface where the gasket connects to the engine cover.

It could begin as a minor leak that slowly drips onto the ground. It has the potential to grow much larger, eventually covering the entire surface of the valve cover. When this occurs, a layer of particles and grime begins to accumulate on the cover.

Regularly check the oil level in your car. If the level remains low after topping it off, check for any signs of leaking oil that you may have overlooked.

Make sure that the engine has enough oil until the valve cover is replaced, or you may face costly repair bills due to engine problems.

This can result in a misfire or a reduction in engine performance. If not repaired, it can also start a fire under your hood.

Symptoms Of A Blown Head Gasket 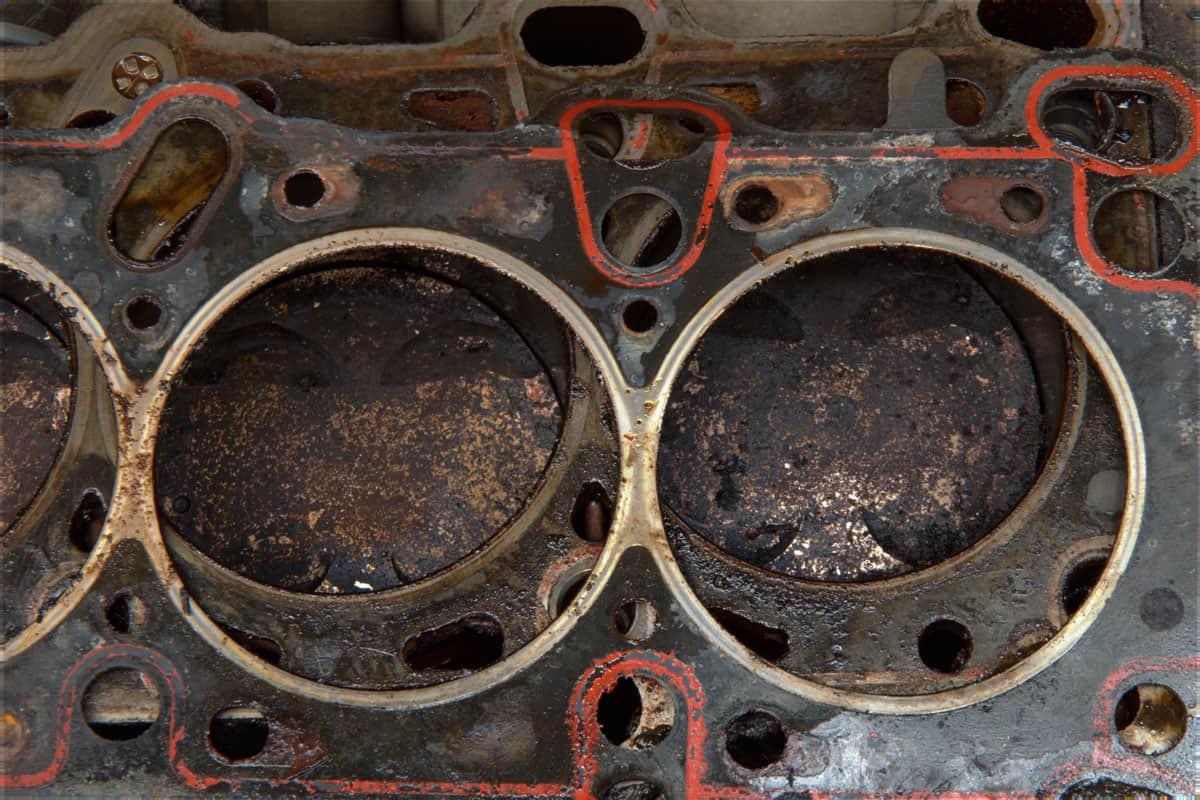 The following are the primary signs of a blown head gasket:

This produces a continuous stream of white smoke from the tailpipe. This indicates that you have a head gasket issue.

We are all aware that oil and water should not be mixed, but when coolant from your engine enters the oil, the mixture loses its lubricating properties.

Engine coolant can enter the oil system if the head gasket fails. As a result, a thick, foamy mixture forms beneath the engine's oil filler cap.

If the head gasket between a coolant channel and ne of your engine's combustion chambers fails, the engine may begin to consume coolant. This can also cause the engine to overheat due to a lack of coolant.

If the head gasket leaks excessively, the engine will not be able to produce enough power. This can cause the engine to stall, knock, or even shut down.

However, other factors can cause the engine to run rough or to knock.

If you seek assistance from a technician, he may perform a compression leak test on your vehicle to determine whether or not it has a leaking head gasket. Your head gasket may have failed internally if combustion gases mix with engine oil.

The most common symptom of a failing head gasket is an engine that constantly overheats.

How To Diagnose A Leaking Valve Cover Gasket? 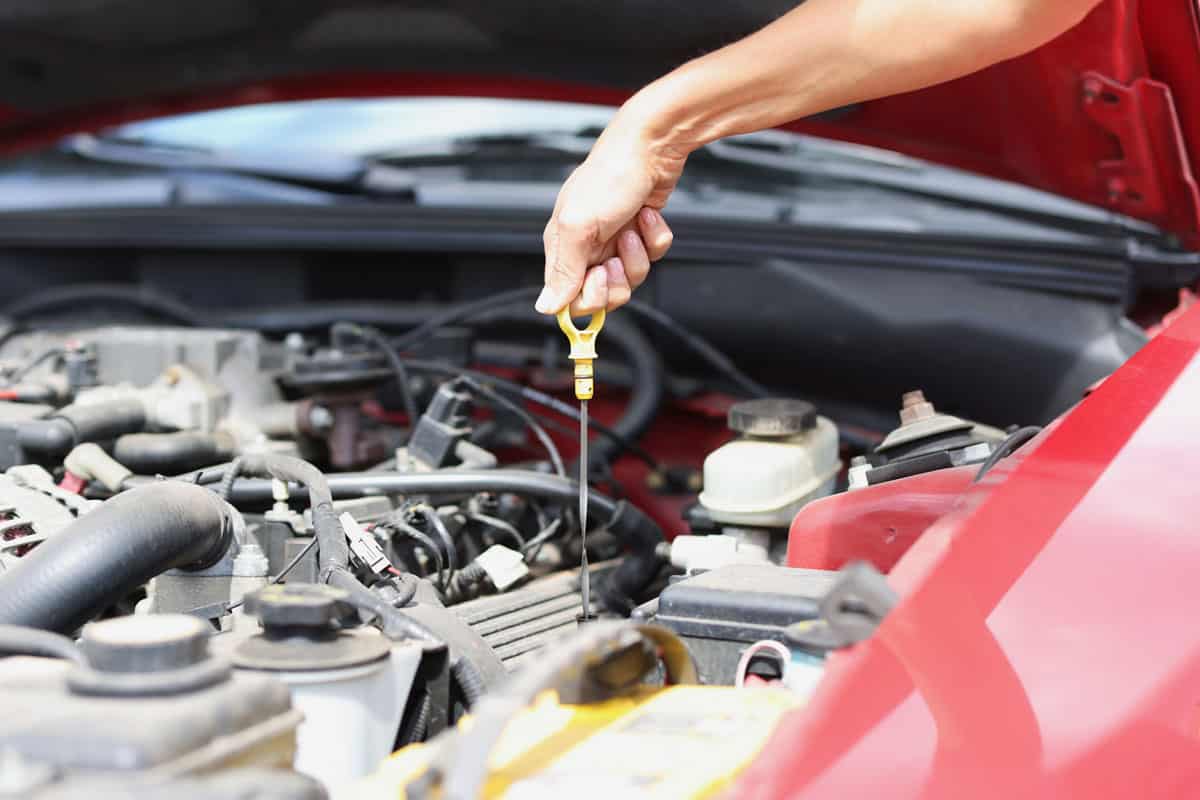 There are a few simple tests you can perform at home to determine whether or not your car is leaking oil.

First, use the dipstick to check the oil level. If it's low, it could be a sign of an oil leak.

Inspect your spark plugs next. If they're drenched in oil, it's another sign that oil is leaking into the combustion chamber.

How To Diagnose A Leaking Head Gasket? 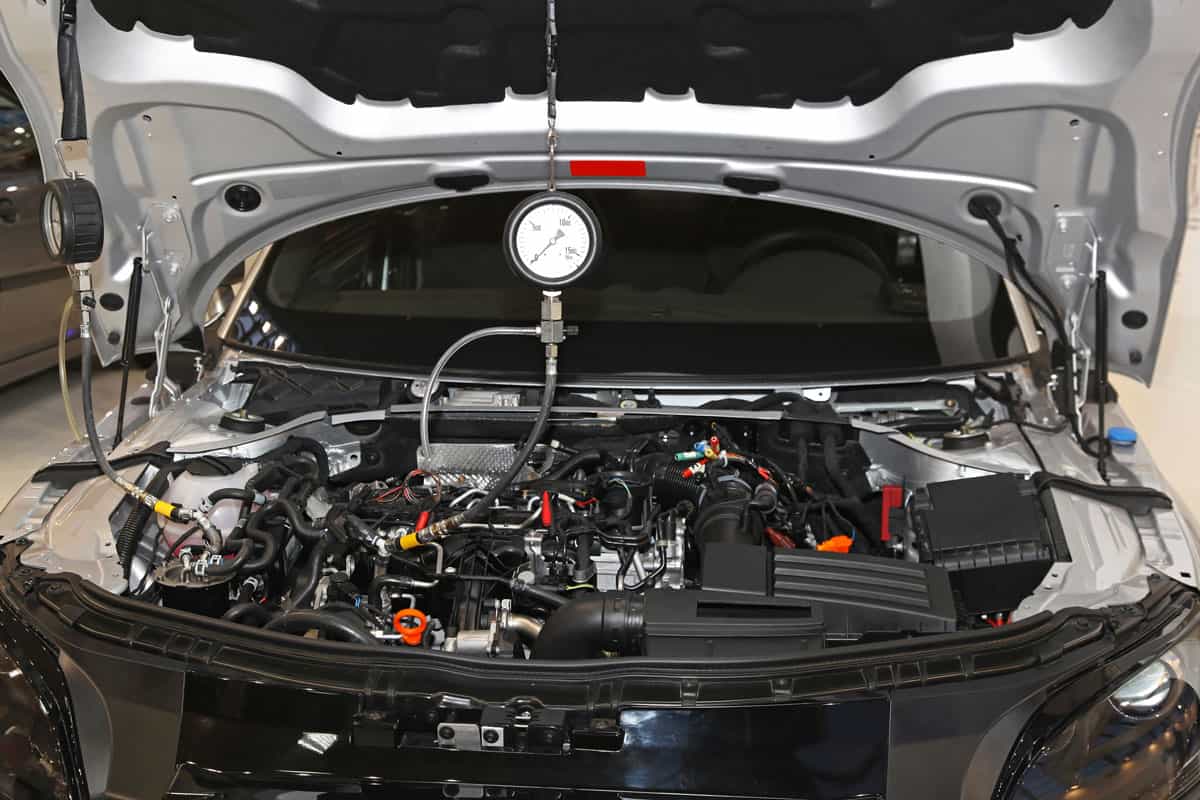 A leaking head gasket can be diagnosed in a variety of methods by mechanics.

After the mechanic has determined the source of the problem, repairs could then begin. The head gasket can be replaced in some cases. In some cases, more extensive engine repairs may be required.

Can You Drive With A Leaking Valve Cover Gasket?

Yes, you can drive a car with a leaking valve cover as long as the oil leaks in small amounts from the valve cover gasket and does not drip on hot engine components such as the exhaust manifold or pipes.

However, it is preferable to have it repaired as soon as possible. A minor leak can quickly become a major issue, and repairs can be costly.

Can You Drive With A Leaking Head Gasket? 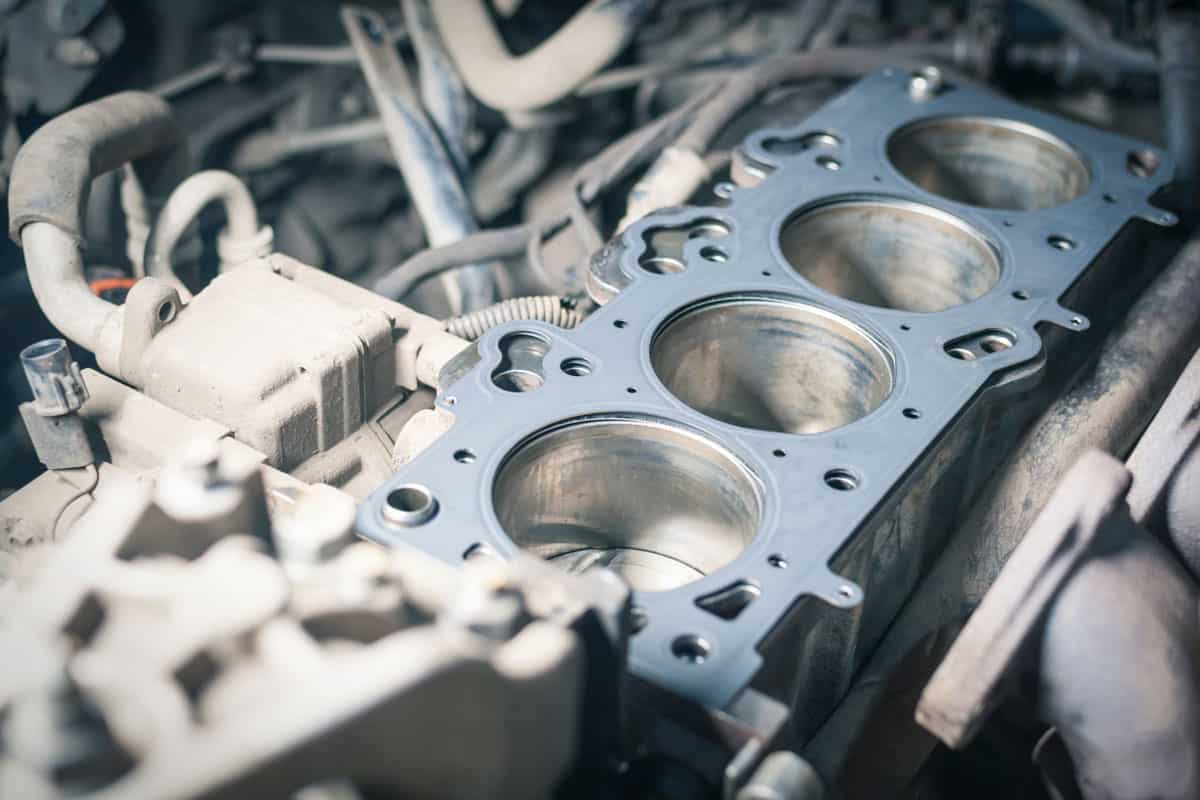 If you have a head gasket leak, you should have it repaired as soon as possible.

A leaking head gasket can cause your engine to overheat, resulting in severe engine damage. If you must drive your car until it can be repaired, there are a few things you can do to help prevent further engine damage.

First, keep an eye on the temperature gauge on your engine. Turn off the engine and wait for it to cool down if it begins to enter the red zone. Drive your car if the engine is overheating. This will only exacerbate the problem.

Second, try not to use too much throttle. Accelerate gradually if necessary. A leaky head gasket can be exacerbated by sudden acceleration.

Lastly, try not to drive for too long. Take frequent breaks if you must drive a long distance. 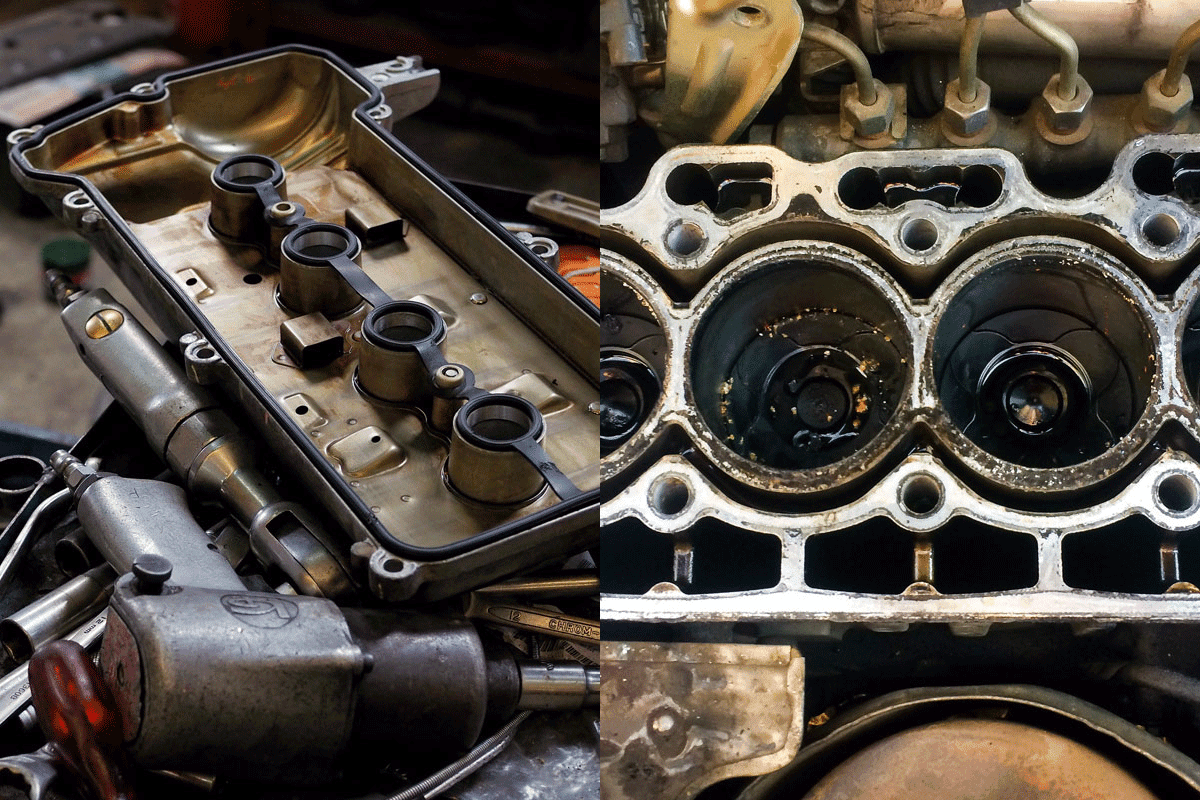 Under the hood, the valve cover gasket and head gasket are crucial components of a vehicle for effective performance.

Since you now know the differences between the two gaskets and their leaking symptoms, you can easily determine which gasket is leaking and then fix it before it becomes a bigger problem that will cost you a lot to repair.

You've made it to the end! Here are a couple other articles you might find helpful:

Can You Reuse A Head Gasket? Should You?

Why Does My Engine Misfire At High RPM?