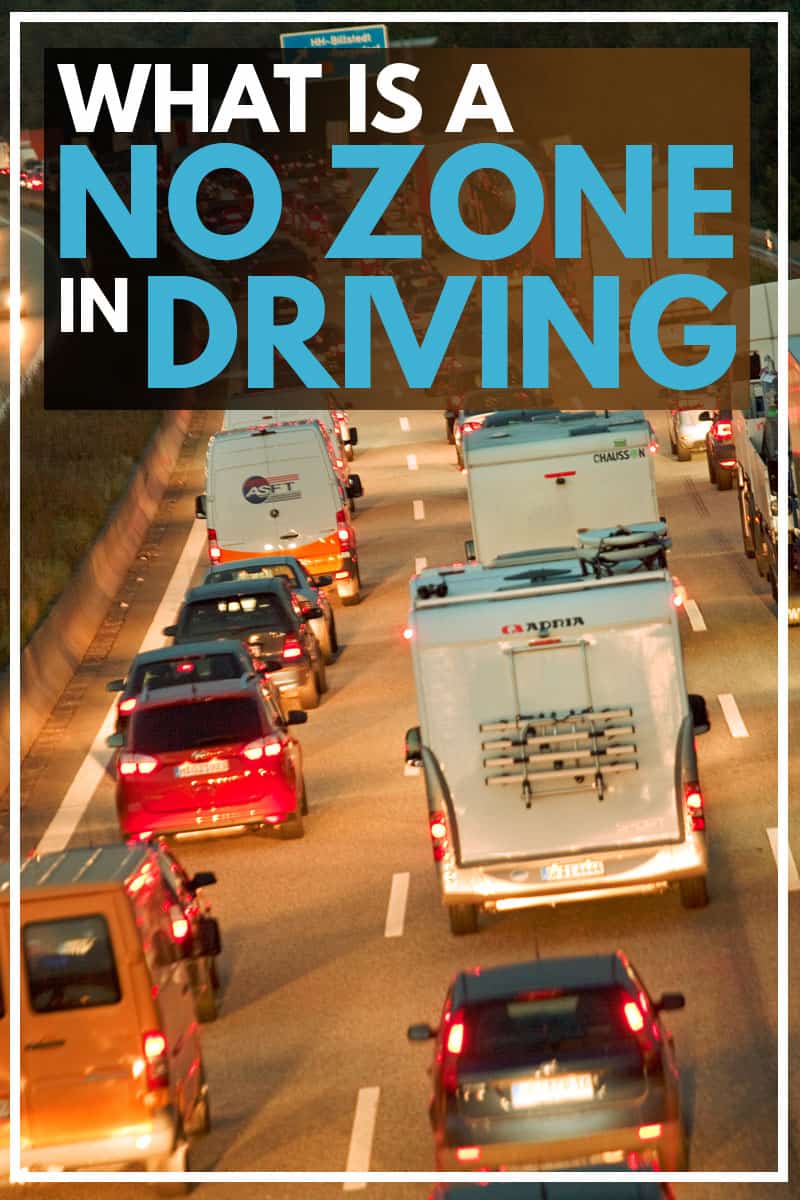 Most truck drivers have heard the term, "no zone", or used it before. But this phrase might be a little confusing for a person who's never had or driven a larger truck. We've done some research and found a definition to help you understand what this term means:

A "no zone" refers to the areas around a large vehicle - such as a bus or semi truck - where you shouldn't be driving for one of the following reasons:

In any case, a person in a "no zone" has a much higher likelihood of getting into an accident. We'll help you avoid them by discussing the topic further in our later sections. So please, keep reading and make sure your driving adventures remain safe.

How Many No Zones Does a Truck Have?

Truckers and bus drivers must deal with four large "no zones" when driving. Drivers around these trucks will have to do their best and avoid these zones. If they don't, serious accidents can occur.

As a result, other drivers must understand where these main zones are located. This topic is something we'll tackle in our next section.

Where are the "No Zones" of a Large Truck Located?

The four main "no zones" on a truck are located in the following areas:

We'll discuss each of these "no zones" in detail to ensure you know everything about them. This info will make sure your encounters with large trucks don't become tragic. 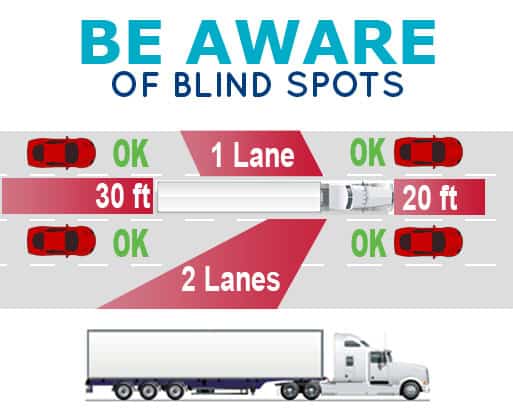 Driving behind a large truck is never a picnic. It's often stressful and slow, which causes people to act out in aggressive ways. But please, make sure you never cut off an 18-wheeler or semi-truck.

You see, a truck's front "no zone" extends about 20-feet ahead of it. The trucker might not see you cutting in and will have a harder time slowing down. If you don't leave enough room, this situation could result in an accident.

You should instead provide at least one car length per 10 mph. This cushion should give enough room for a trucker to successfully slow down. They'll be able to break without having to worry about hitting into your car's rear.

We must also mention that cutting in front of a truck and slowing down isn't a wise move. This action might work with passenger cars, but it won't give a trucker enough space to react.

Right Side "No Zone"

If you can't see a truck driver in their side mirror, it's highly likely they can't see you either. This guideline should provide a better idea of when it's okay to pass on the left side.

But again, driving on a truck's right side is something that you should avoid at all costs. This rule even applies when dealing with trucks on large-lane highways.  After all, truckers barely have any visibility on their right side.

Left Side "No Zone"

The left side no zone is about half the size of its right side counterpart. But don't think it makes the left side less dangerous. Driving alongside a truck's left side isn't something that should be done unless you're passing.

If you do use the left side for passing, do it quickly and safely. You want to get back into a truck driver's visibility as soon as possible. This zone isn't one that should be stayed in long.

Drivers staying in these zones are vulnerable to dangerous situations like sideswiping. It's best to avoid them unless necessary.

The back no zone might seem a little less dangerous than others, but it's still rather risky. A truck driver's cab won't have a rearview mirror to see what's directly in this zone. It becomes impossible to tell whether someone is tailgating them.

This issue could make a sudden stop by the trucker a dangerous situation. A driver in this zone also can't see what's ahead of the truck. They won't be able to react soon enough or make the proper adjustments to oncoming traffic.

What is the Largest Blind Spot on a Vehicle?

A regular car's largest blind spots are located on both sides of the vehicle. These spots will be near the back on either side. You can't see anything in these areas even when your mirrors are correctly adjusted.

What is a Blind Spot when Driving?

A car's blind spot is an area where the driver can't directly see using side or rear view mirrors. Blind spots aren't only a car or truck problem as they exist in many other vehicles: motorboats, sailboats, and aircraft.

Adequately adjusted mirrors often make blind spots less of an issue. But some transports are lucky not to have them at all. These include horses, bicycles, ATVs, and motorcycles.

How Many Blind Spots are There While Driving?

In an average vehicle, you usually have two blind spots. These blind spots are located on both sides and extend from the back of the car in a triangle pattern. But these issues can pop up elsewhere.

Other blind spots will occur when your eyesight is blocked by things like headrests, passengers, windshield pillars, mirrors, etc. It's best to be vigilant and recognize where these blind spots are before going out on the road.

If you're unsure about where your blind spots are, do a quick test. You just sit in your driver's seat, buckle up, and have a friend walk around your vehicle. Look into the mirrors and track them.

When your friend disappears, turn around and look at them. The area where they're standing happens to be your car's blind spot. It's an easy and effective way to ensure your safety before going out on the road.

How do you Check Your Blind Spots While Driving?

Checking your blind spots when driving isn't a hard thing to do. This action should be done anytime a driver intends on changing lanes or merging. The following steps will make sure you're always aware of blind spots in these situations:

You also must make sure to have a firm grip on the steering wheel when doing these checks. If you don't, the car could start veering out of your lane. This situation could get dangerous rather quickly.

In a Driving Test, is it a Major Issue to not Check Your Blind Spot?

Many people fail driving tests because they didn't check the proper blind spot at the right time. The one most drivers mess up is not checking a certain blind spot before driving off.

This blind spot happens to be on your car's left side. The driving instructor will test your knowledge of it by asking a learned driver to park on the right-side curb. They will then ask you to drive off again when you're ready. This action allows them to check your control and safety.

It should be checked on by looking over your left shoulder before moving. This action will help you avoid a person or biker within this area. You should then make sure to check your blind spots, lanes, and mirrors whenever changing lanes.

We hope all your questions about no zones and blind spots were answered in our article. But if you still have questions, don't hesitate to ask them in our comment section. We'll answer them as quickly as possible.

How to Become a Driving Instructor?

What Causes a Car to Run Hot While Driving

When to Use Cruise Control (And When Not to)