Whether you're out in search of your first full-size pick-up truck or you're a veteran enthusiast of the diesel scene, you probably know or at least have heard the name "Duramax." What exactly is it, and why is it quite popular in the truck market? Here's what we found out.

Duramax is the brand name of a range of diesel engines that power different trucks, SUVs, and vans of the General Motors (GM) automotive group. Because of their durability and high horsepower output, Duramax engines are revered as some of the best ones today.

Does this pique your interest even more? Read on and know more about the Duramax diesel powerplants and their models. 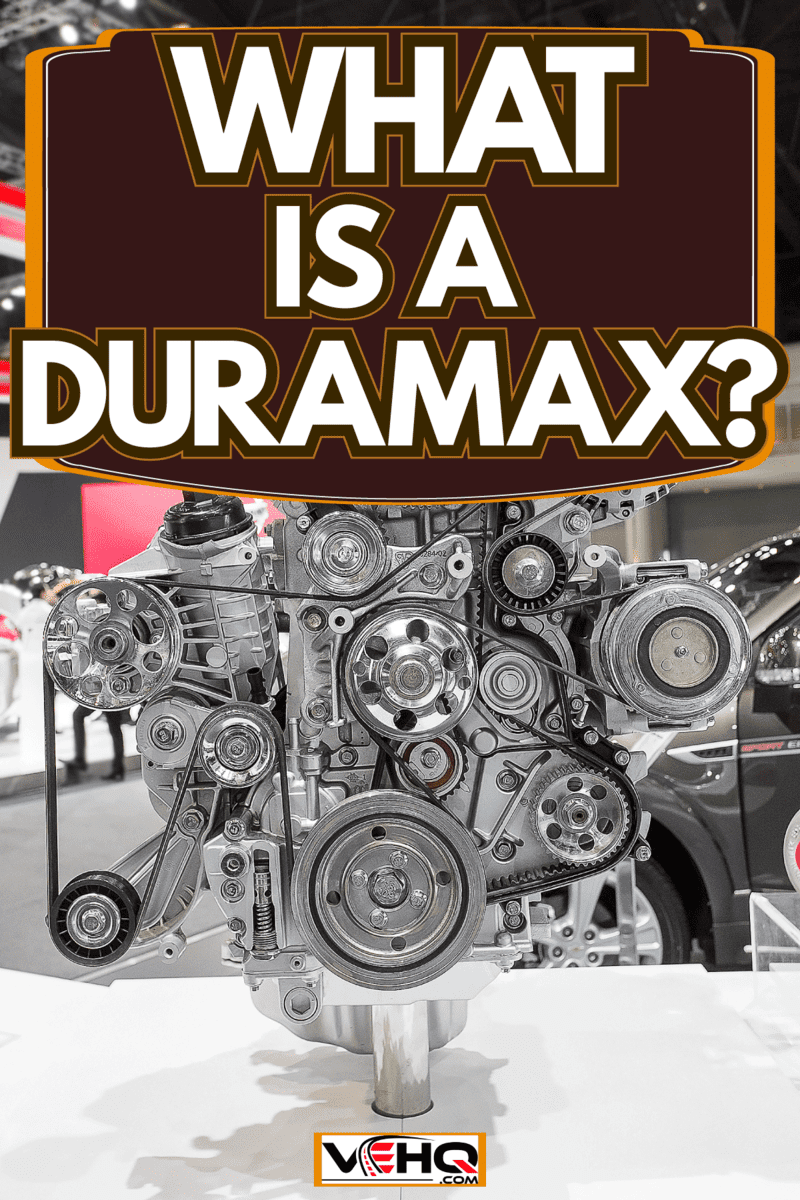 In 1998, GM and Isuzu joined hands and created the DMAX, Ltd. company in order to create the first high-pressure common-rail direct injection (CRDI) diesel engine for the U.S. automotive market.

See below for an image of the first Duramax engine, the LB7.

Duramax was the pioneer of induction-hardened cylinders, aluminum cylinder heads, and CRDI in GM's vehicle segments. The original Duramax LB7's basic architecture was so sound that it has remained the same for many of the succeeding models.

When the Duramax L5P was introduced in 2017, it boasted a class-leading horsepower rating of 445 hp and a very competitive torque output of 910 lb-ft, even at only 1,600 rpm. To date, the L5P is the most powerful and torque-rich Duramax ever built.

For the past two decades, DMAX Ltd. produced 12 different Duramax engines that range from four, six, and eight cylinders in either inline (I) or V configurations. Over this time span, more than two-million Duramax engines have powered GM vehicles on and off the road.

What Is A Duramax Truck? 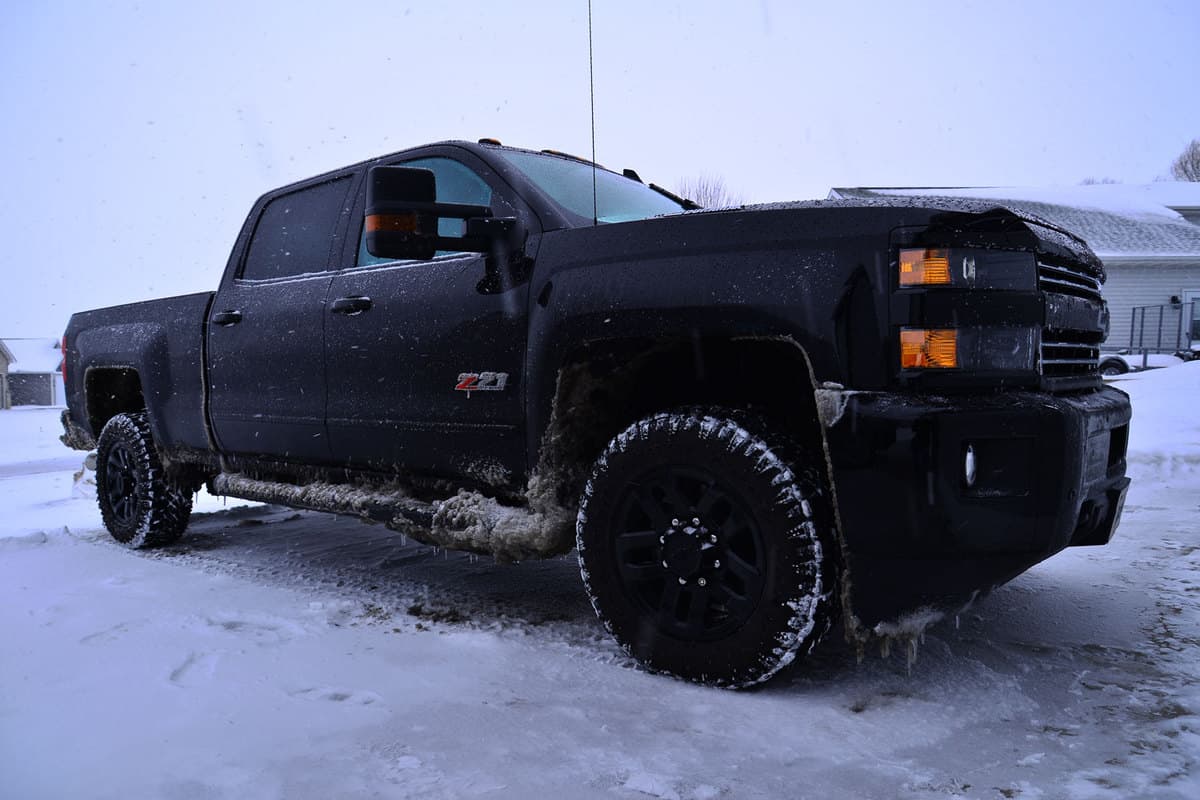 A "Duramax Truck" is a term for any of the pick-up platform trucks in the GM group powered by a Duramax engine. Some of these Duramax nameplates are:

See below for an example of the GMC Topkick, which was used as the basis for the Autobot Ironhide in the live-action Transformers movies.

Below is an image of the 2019 Chevrolet Silverado

What Are The Different Duramax Engines?

Let's go through all the different Duramax engines that DMAX developed through the years, starting with the 6.6-liter V8 variants.

The LB7 was the first Duramax engine, and it produced 300 hp and 520 lb-ft torque for GM's three-quarter and 1-ton trucks. This 6.6L, 32-valve V8 turbodiesel powerplant had aluminum heads on a cast-iron block, high-pressure CRDI, a fixed-geometry turbo, and a passive catalytic converter.

Improving on the success of the LB7, the DMAX gave the LLY a redesigned valvetrain, a variable-geometry turbo for improved low-RPM power and response, and an exhaust-gas recirculation (EGR) system for cleaner emissions. These improvements helped the LLY produce 310 hp at 3,000 RPM and 605 lb-ft of torque at 1,500 RPM.

With ratings of 360 hp and 650 lb-ft of torque, the LBZ easily captured the hearts of diesel enthusiasts during its release. With its new connecting rods and new pistons, the LBZ could withstand the punishment that came with the higher power output.

Because of its reliability and potential for aftermarket upgrades, the LB7 continues to be popular among Duramax fans in the used-truck market.

Due to the more restrictive emissions regulations in 2007, the LMM became the first engine to use a diesel particulate filter. This 4th-generation Duramax V8 also had cooled exhaust gas recirculation, closed crankcase ventilation, and new engine control software.

Despite the hurdles that the 2007 emissions regulations presented, the LMM still outpowered its predecessor by producing 365 hp at 3,200 RPM and 660 lb-ft of torque at 1,600 RPM.

The LML improved the LMM’s design further to increase power output and decrease emissions at the same time.

The new engine design improved durability and allowed the LML to put out 397 hp and 765 lb-ft of torque. For cleaner emissions, the LML had higher-pressure fuel injection, a new urea-injection system, and the capability to run on B20 diesel fuel.

The LGH was the tuned-down brother of the LML. Although similar to the LML in mechanical specifications, the LGH was specifically tuned down for longevity purposes.

This docile but sturdy V8 had two different tuning applications. In GM's vans (Chevrolet Express and the GMC Savana), the LGH cranked out 260 hp and 525 lb-ft of torque. In GM's trucks, the LGH produces 335 hp and 685 lb-ft of torque.

Like the LGL, the Duramax L5D is the downrated version of the L5P.

Producing 350 hp and 700 lb-ft of torque, the L5D was tuned down for better reliability in powering workhorses like the 2019 Chevrolet Silverado HD and some 2019 International CV Trucks.

Now that we've covered the V8 models, let's take a look at the smaller Duramax cousins.

Unofficially known as “baby Duramax” the LM2 is a 3.0-liter inline-6 turbodiesel engine that powers some of GM's full-size half-ton pickup trucks (Silverado 1500 and Sierra 1500) and SUVs (Tahoe, Suburban, Yukon, and Escalade).

Affectionally called the "mini Duramax," the XLD28 is a 2.8-liter, inline-4 turbodiesel engine designed for GM's mid-size pickup trucks (Colorado and Canyon), SUV (Trailblazer), and other diesel-powered vehicles of the GM group.

The LWN is a variant of the XLD28, but the LWN is tuned specifically to meet the strict emission standards of the North American market. Producing a decent 181 hp and 369 lb-ft of torque, the 2.8-liter inline-4 LWN is the cleanest diesel engine in the Duramax family.

This 2.5-liter, 16-valve inline-4 engine debuted in 2012 to power mid-sized pickup trucks (Colorado and Isuzu KB) and SUVs (Colorado 7 and Trailblazer). As the smallest Duramax to date, this engine put out 163 hp and 280 lb-ft of torque.

We know that DMAX produced V8, inline-6, and inline-4 engines. For many truck enthusiasts, however, only the V8 versions were considered the true Duramax engines. They had good reason to think so, as the Duramax V8s were undoubtedly the flagship variants of the brand.

So what makes the Duramax V8s popular?

Despite being a smaller engine, the latest 6.6-liter L5P engine is second in its class in terms of stock horsepower rating. Moreover, Duramax engines have mostly been associated with higher horsepower compared to its competitors.

Among the diesel engines used in the three-quarter-ton and one-ton truck segments, only the Duramax engines go through the induction hardening process. Moreover, every Duramax engine goes through "hot testing" to see whether the powerplants can indeed live up to the "durability" implied in the Duramax brand.

When Duramax introduced CRDi in the US, it introduced the first quiet diesel engine in its segment. The later models became even quieter and cleaner-burning because of Duramax's usage of the pilot injection technology.

The current Duramax V8 lags a little in torque compared to its competitors. However, because the L5P engine is mated to the venerable Allison 10-speed transmission, Duramax trucks can compete well in terms of towing capability.

Several automotive manufacturers are continually developing powerful, fuel-efficient, and emissions-compliant engines. However, many believe that Duramax is on the podium with two other diesel engine brands. These other two are Cummins and Powerstroke. 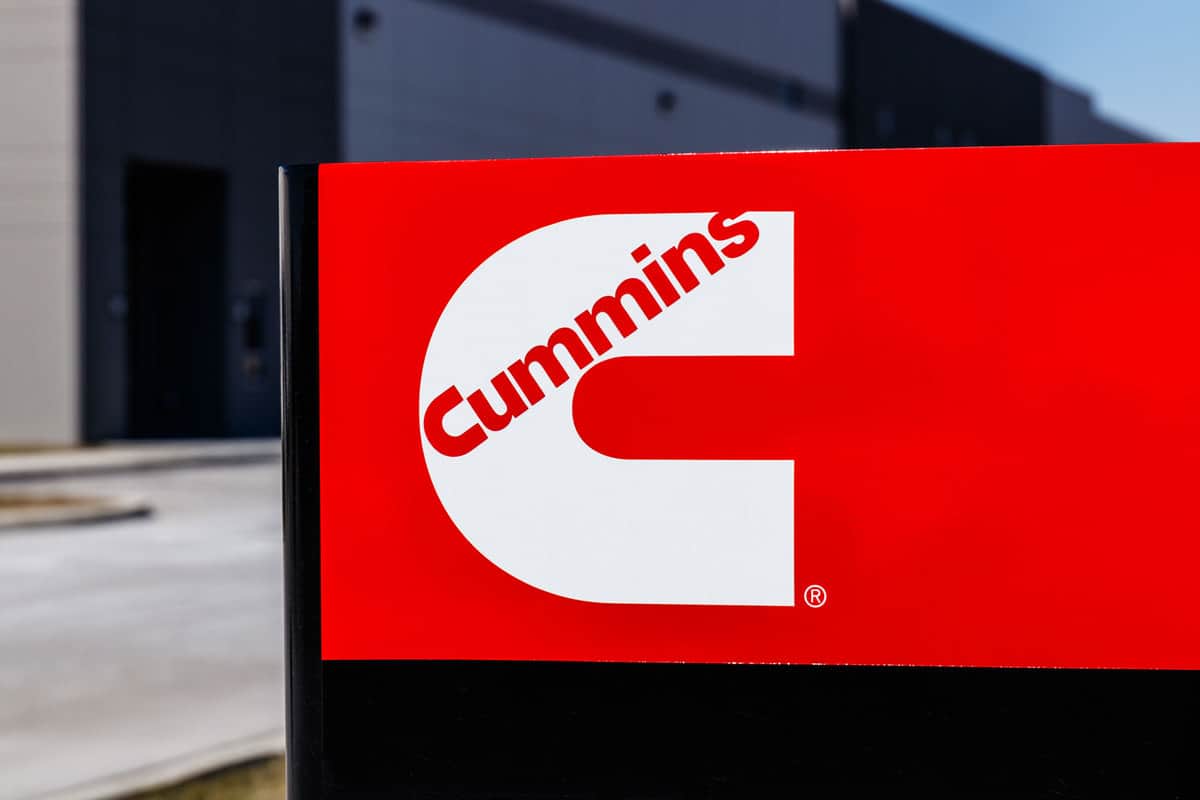 Cummins has over 100 years of diesel engine experience. Used by the Stellantis group for its Ram trucks, the new 6.7L inline-6 Cummins delivers 400 hp and 1,000 lb-ft of torque. It also reduced noise output compared to its predecessors. 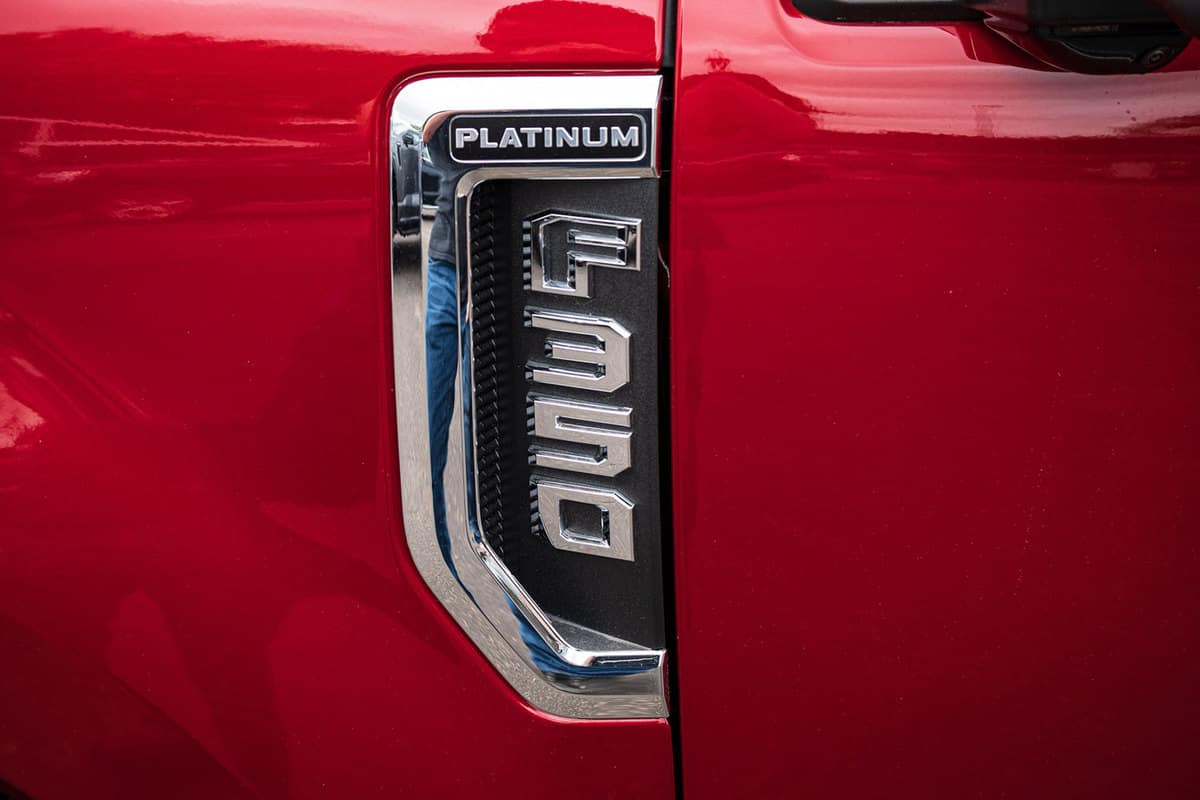 Ford's Powerstroke engines have been around since 1994. The newest 6.7-liter V8 Powerstroke Super Duty debuted in late 2019.  It boasts a class-leading 450 hp and 1,050 lb-ft of torque. The Super Duty engine also beats its competitors in towing capacity. 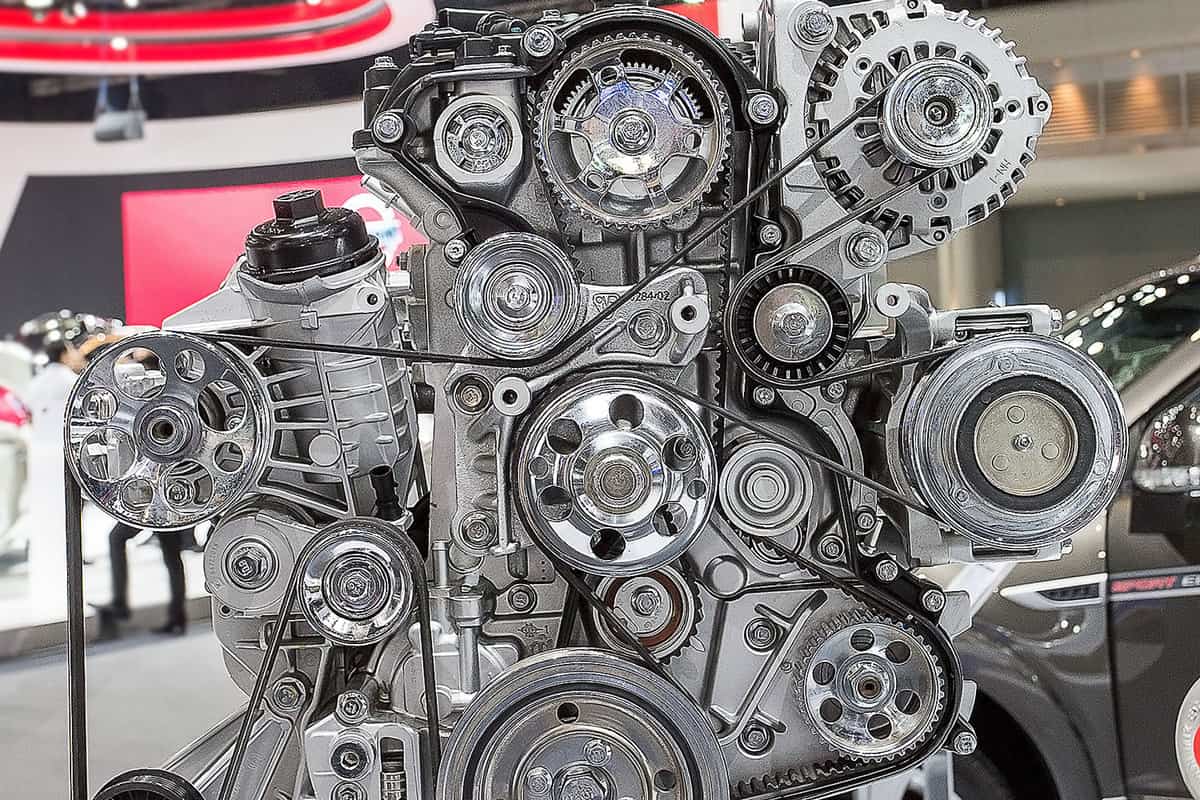 Duramax Engines are among the best diesel powerplants in the automotive industry today.  We hope that you enjoyed reading this article and that we were able to help you understand the Duramax brand.

If you would like to know more about diesel engines and trucks, then do check out these great articles.

What Is The Best Oil For A Pickup Truck?