The characters we love and embrace from pop culture are from all ends of the spectrum. From western stars of the golden age to the modern superheroes and heroines, the big and small screen players are extensions of who we are and sometimes who we dream of being. While almost all of our beloved characters are based on living beings, occasionally, some of us become infatuated with an inanimate object, like Stiles Stilinski's Jeep in the hit MTV series, "Teen Wolf." But what kind of Jeep did Stiles Stilinski drive? We've found the answer for you!

The Jeep driven by Stiles Stilinski in the "Teen Wolf" television show was a 1980 CJ5. It was a robin egg blue color, license plate number 60GM387. The Jeep, named Roscoe, appeared in almost every episode of the six-season run of "Teen Wolf" on the MTV Network.

Now that we know what the model Jeep Stiles Stilinski's character drove, we'll discuss some of the ways this Jeep was essentially another character on the show. You might also be wondering if the actor who played Stilinski, Dylan O'Brien, kept the Jeep after the show ended. Maybe you're curious why Jeeps from this era are so expensive. We've answered these questions and more. To see what we've learned, read ahead in this post. 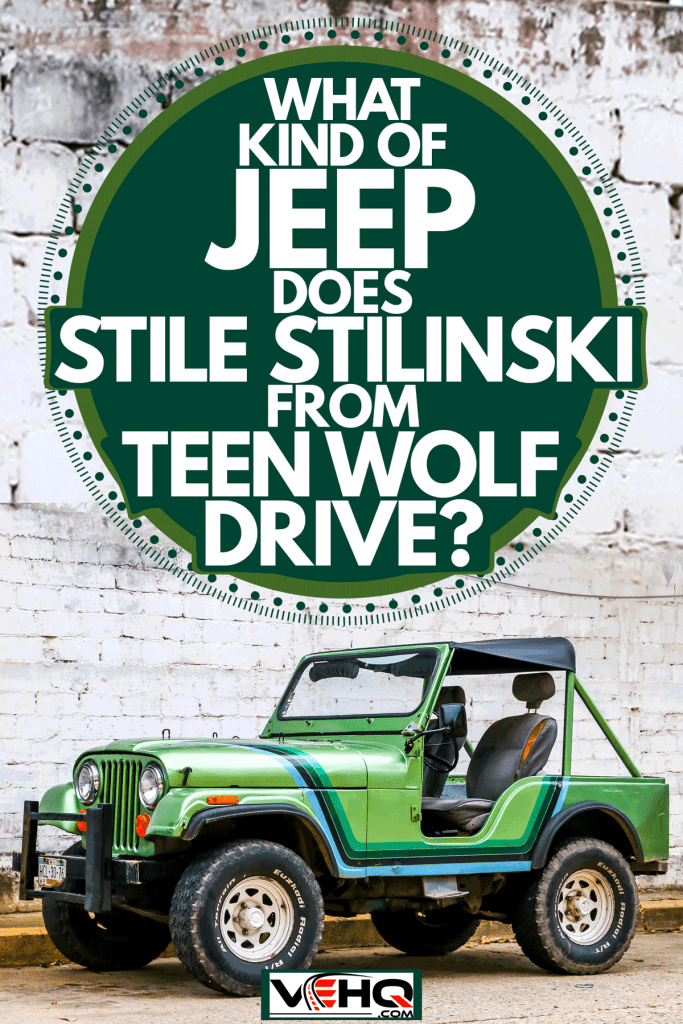 The Jeep That Was as Loved as the Characters

Fans often find themselves becoming enthralled with the vehicles their favorite characters drive on television. Anyone growing up in the 80s will recall the van in the "A-Team," or the Ferrari driven by Tom Selleck's title character in "Magnum, PI." It's no surprise then that fans of the "Teen Wolf" series developed a cult following for Roscoe, the Jeep.

In our real lives, the vehicles we drive become an extension of who we are. Television characters are no different, with their choice of wheels becoming integral parts of their adventures and all of the victories and defeats. Roscoe was the primary mode of transportation throughout the series, allowing Scott, Stiles, and the rest of the crew to work toward ridding Beacon Hills of the supernatural enemies that plague their community.

Roscoe originally belonged to Stiles' mother, Claudia. When Noah recalls the moment she gave Stiles the Jeep in one episode, he says that he was there, and when Stiles got the Jeep, he drove it into a ditch on the first ride. "I gave him his first roll of duct tape that day," Noah says.

One of the best running gags on "Teen Wolf" was how Stiles would always use duct tape to fix any of Roscoe's damage on their adventures. This has been the point of much laughter and discussion at nearly every comic and sci-fi convention where "Teen Wolf" stars appear.

Roscoe began to deteriorate by season five, which matched the time Stiles was having on the show. The Jeep was a mirror of Stiles and his friends' suffering, sometimes breaking down as friendships between the characters were strained. In one episode, Scott and Stiles nearly part ways, and Roscoe breaks down. After they make peace with one another, Roscoe begins running like normal.

When Stiles can return to a mortal life through a portal in season six, he is transported into Roscoe's seat. The idea is that his Jeep's seat, of all places, was where his soul desired to be transported to show how deeply connected Roscoe and Stiles are.

Fans wanted more of Roscoe, so when the show was wrapping up its final season, MTV launched the "Roscoe Confessionals," in which the show's cast and crew would enter Roscoe on screen and talk about various bits of information about "Teen Wolf" that fans craved to learn. They discuss much of what goes on behind the scenes and recall some of their most favorite memories from the series.

Check out this episode of the "Roscoe Confessionals" on YouTube:

The Jeep CJ5 that Stiles Stilinski drove on the show was built with a four-speed manual transmission. It was equipped with a 2.5 Liter engine, capable of 87 horsepower and 126 lb.-feet of torque. The curb weight of this model Jeep is 2,657 pounds. It's 144.3 inches long, 68.6 inches wide, and 67.6 inches high. Its fuel tank holds 15.1 gallons.

This sport utility and off-road model by Jeep came in nine different trim models for the year 1980. They have since become collectors' items.

Did Dylan O'Brien Get To Keep The Jeep From Teen Wolf?

Fans of the Teen Wolf television show will be happy to know that Dylan O'Brien, who played Stiles Stilinski on the hit show, has the beloved Jeep CJ5 in his possession. In a YouTube interview, "Teen Wolf" show creator Jeff Davis sat down with O'Brien and several of O'Brien's castmates.

"I have the Jeep," O'Brien said, revealing that he also stole several Stiles' shirts (including the one he's wearing during the interview). "It was important for me to take a lot of things. Everyone who knows me closely knows that my heart lies and dies with "Teen Wolf." There was no way I was not taking the Jeep."

Watch the full interview with O'Brien and the rest of the "Teen Wolf" cast on YouTube:

Why Are CJ Jeeps So Expensive?

The style and rugged durability of the Jeep CJs are major factors in why they are so expensive on the used vehicle market. The Jeep CJ10 was the last produced in this line, which stopped in 1986. With one and a half million overall Jeep CJs produced from 1945 to 1986, you can imagine that there's not an abundance of them left out there. They have become big collectors' items over the years, their popularity partly fueled by different model Jeep CJs appearing in pop culture since the 1960s.

What Other Iconic TV Shows And Movies Do Jeeps Appear In?

The Jeep CJ has made multiple appearances in other Hollywood productions apart from the "Teen Wolf" television series. Here's a partial guide to seeing your favorite Jeep CJ on the big and small screen: 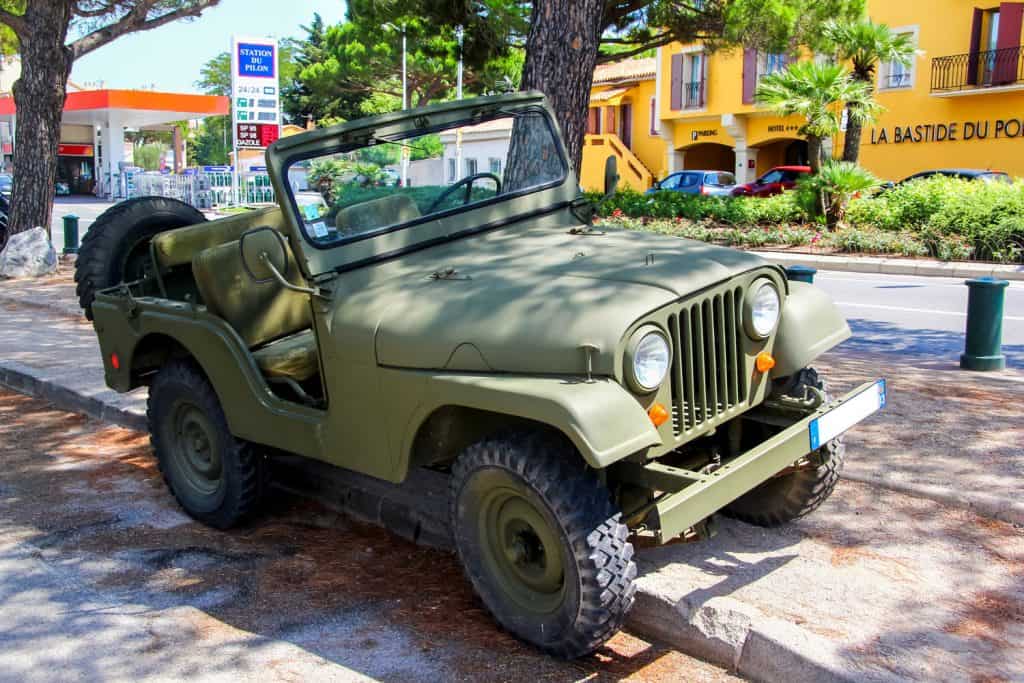 We've learned a lot about the connection between Stiles and his Jeep, Roscoe. Fans love to connect through both the characters they identify with, as well as the vehicles they drive. The Jeep CJ series continues to be a popular model, becoming such a collectors' item that the cost has been driven up considerably over the years. The number of movies and television shows the Jeep CJ has appeared in over the years keeps this demand steady for now and years to come.

How Many Miles Can a Jeep Liberty Last?

Does Jeep Wrangler Have A V8 Engine?

Does Jeep Renegade Come With A Spare Tire?

Is Jeep Renegade Good In Snow?

Jeep Wrangler Water Leak When It Rains – What To Do?