Windows and the radio are essential parts of any modern-day vehicle. As a car owner, you might have encountered a problem while rolling your windows up and down or turning on your radio. If you're wondering what might have gone wrong, we asked automobile experts, and here's their answer.

A blown fuse is the most likely reason your car radio and windows stop working since they are both electrically powered. Blown fuses are caused by an excessive current flow in a car's electrical system, a result of loose wires, corrosion on connectors, or even mechanical damage. A blown fuse can also cause other problems such as power steering loss.

Apart from a blown fuse, there are other likely reasons why your window is stuck, or  your radio won't turn on. Stick around and keep reading as we explore those reasons and ways to fix them.

How Do Car Windows and the Radio Work?

For a car window to work, the electric motor inside initiates the movement by rotating the gear inside the motor. This gear is connected to a pulley, which drives a belt that moves up and down its shaft.

Similarly to car windows, the electric system is used to power the radio. A car radio is an electronic device that transmits and receives electromagnetic waves to provide entertainment, navigation, and safety.

Car Radio and Windows Do Not Work - What's Wrong? 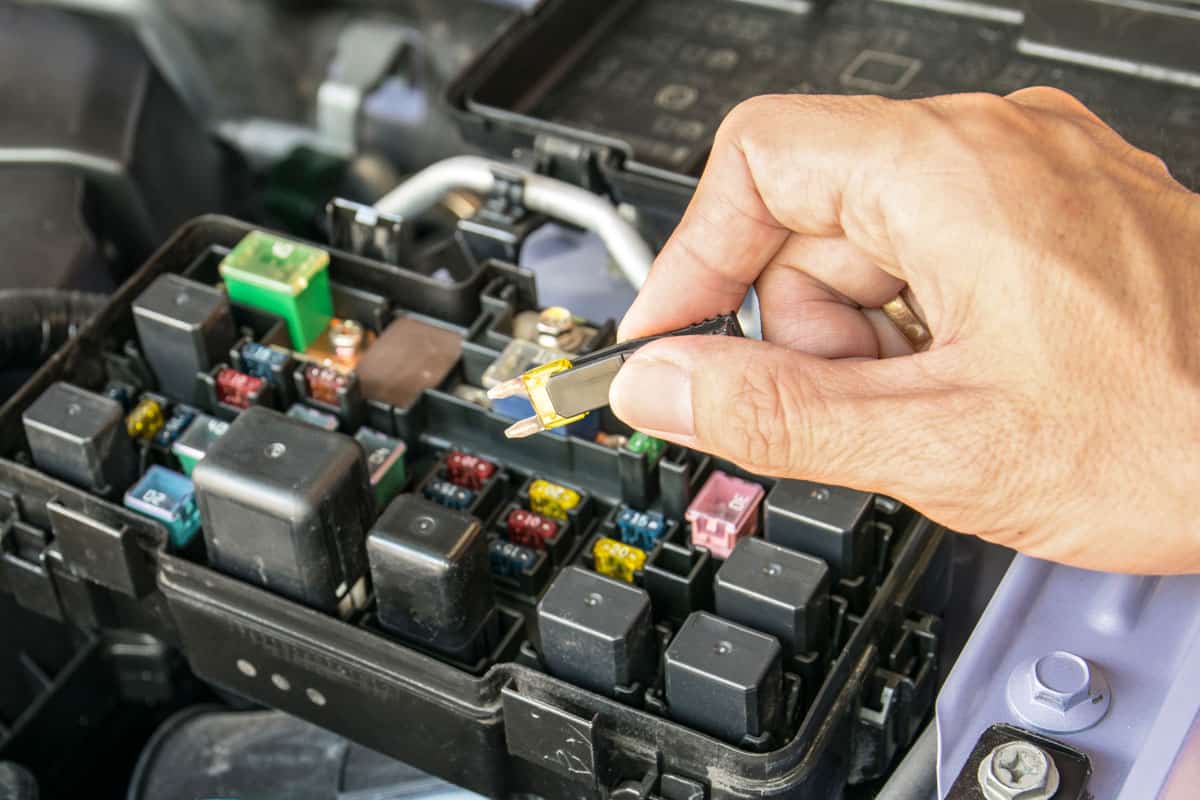 Car radios have become a staple in cars today. It serves as a communication device that is easy to use and access, no matter your location. On the other hand, car windows provide passengers protection, safety, and comfort.

The importance of car windows is not just limited to the passengers. It also provides a lot of benefits to the car itself. It prevents the interior from getting too hot or cold, maintains the temperature, and reduces noise levels. 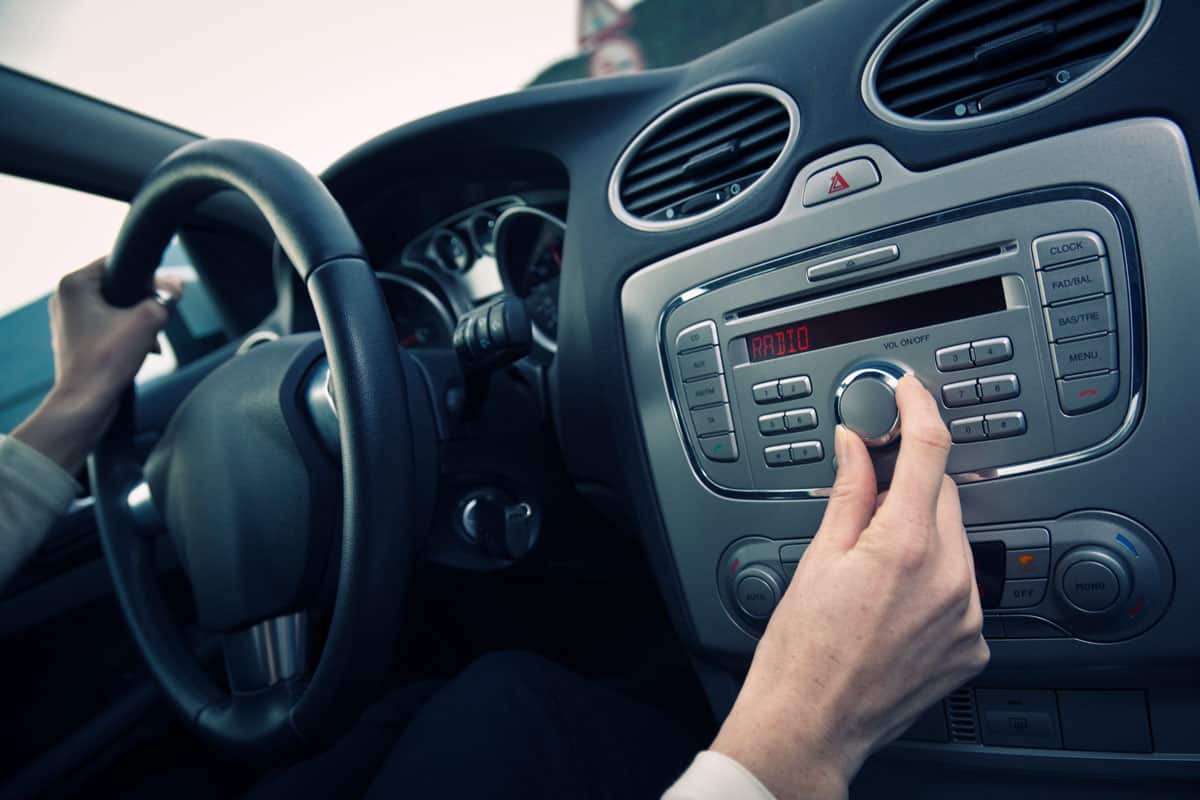 Some car's come with a protection mode where devices like radio stop working when the electricity goes off. When the car's battery is discharged, the radio automatically shuts off, and the car enters protection mode. The feature comes in handy during an emergency where the car is stolen.

In this case, you would have to input a code according to the manufacturer's manual to get your head unit working again. This would most likely restore electricity to the head unit and power back your radio.

The pigtail connector is a small black wire attached to the back of the radio. This wire connects to the car's battery and powers it. The problem with this connection is that it can easily break and cause the radio to stop working.

Faulty pigtail connectors are a common problem with car radios, and they are often caused by human error during installation. If you have a radio that stops working, you should first check if your pigtail connector is correctly connected to your head unit.

A faulty pigtail connector can cause several problems with your car's electronics, including:

When this happens, there are several approaches you can take to fix the problem. You can start by ensuring the connection seats properly. Some units have adapters that connect the radio to the head unit; in this case, you can plug and unplug it. The last option is to replace the pigtail connector entirely.

A blown fuse is when an electrical circuit is destroyed and no longer conducts electricity properly. The fuse may have been damaged by overheating or overloading the circuit, or it may just be faulty. When this happens, the fuse will not conduct electricity and will not work.

If a car's radio stops working, the fuse has likely blown. A multimeter can test the fuse and determine whether it is blown or not. If a fuse has been blown, a test light can be used to find the location of the blown fuse. You can buy and install a fuse with a higher amperage to fix this issue. 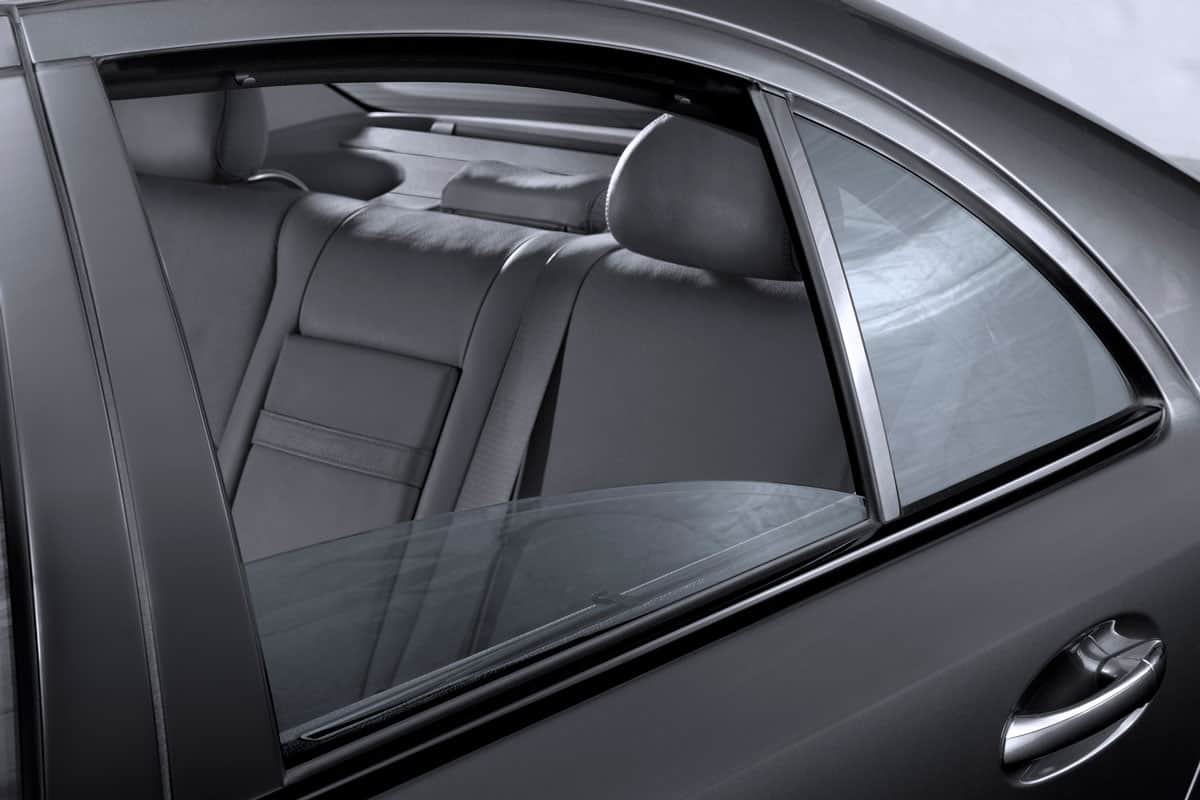 A window regulator is a vital component of your car's window. It works by pulling cables and controlling how much power goes to the motor. If your car window stops working, it might be due to a broken or damaged window regulator. The crank gears can be old and worn out and need replacement.

A broken window regulator can cause your window to partially open and close or stop working altogether. If you have any concerns about your car windows, have them checked by a professional car mechanic to avoid extra damage.

Window gaskets are typically made from rubber or silicone and are used to seal the openings of car windows from wind and rain. It also helps to keep the car windows aligned and prevents rattling.

They can also be found on other car parts, such as around doors. Over time dirt can build up in the gasket, causing friction when the regulatory motor tries opening the window.

Fuses are used to control your car's electrical system. The fuse is connected to the window regulator, which controls the windows in your car. If your fuse is damaged, it can lead to the malfunction of all your car's windows.

If you have a damaged fuse, you will notice that your windows are stuck in the up or down position. When you try to roll them down, they don't move. You can check the manufacturer's manual for a guideline on fixing the fuse or take it to a mechanic.

A power window switch regulates the movement of the car window. It is used to control whether or not a car's windows are open or closed. There are two main types: manual and automatic. A manual switch has a lever on it, allowing easy operation by hand.

An automatic switch does not have this lever; instead, it uses an electric motor to remotely move the window up and down when you turn on your vehicle's ignition key.

The window switch wears out every time you use it; eventually, it can become damaged, meaning you can't get your window to wind up or down. Luckily this switch is affordable, so you can easily replace it with a new one.

How Can You Tell If a Window Fuse is Blown?

A fuse blown is a common occurrence in cars. When the fuse blows, it can be due to an excess power surge or even a power outage. When this happens, the fuse is damaged and needs to be replaced. If you need to replace your fuse, you must know how to do it properly to avoid causing electric shock or further damage.

A blown car fuse may appear cloudy black or grey depending on the type of fuse it is. If a cable-type fuse has exploded, it will likely be cloudy black with a metallic sheen.

How Do I Reset My Car Power Window? 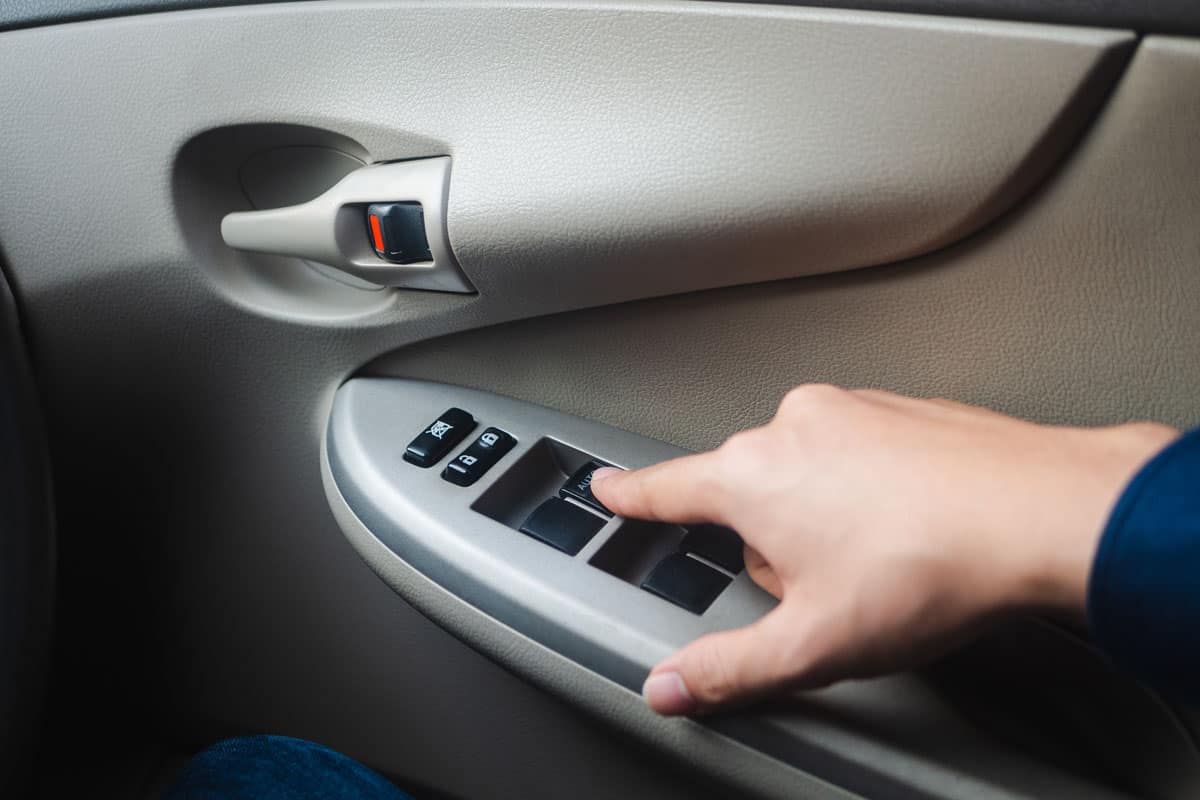 Follow these steps to reset your car power window: 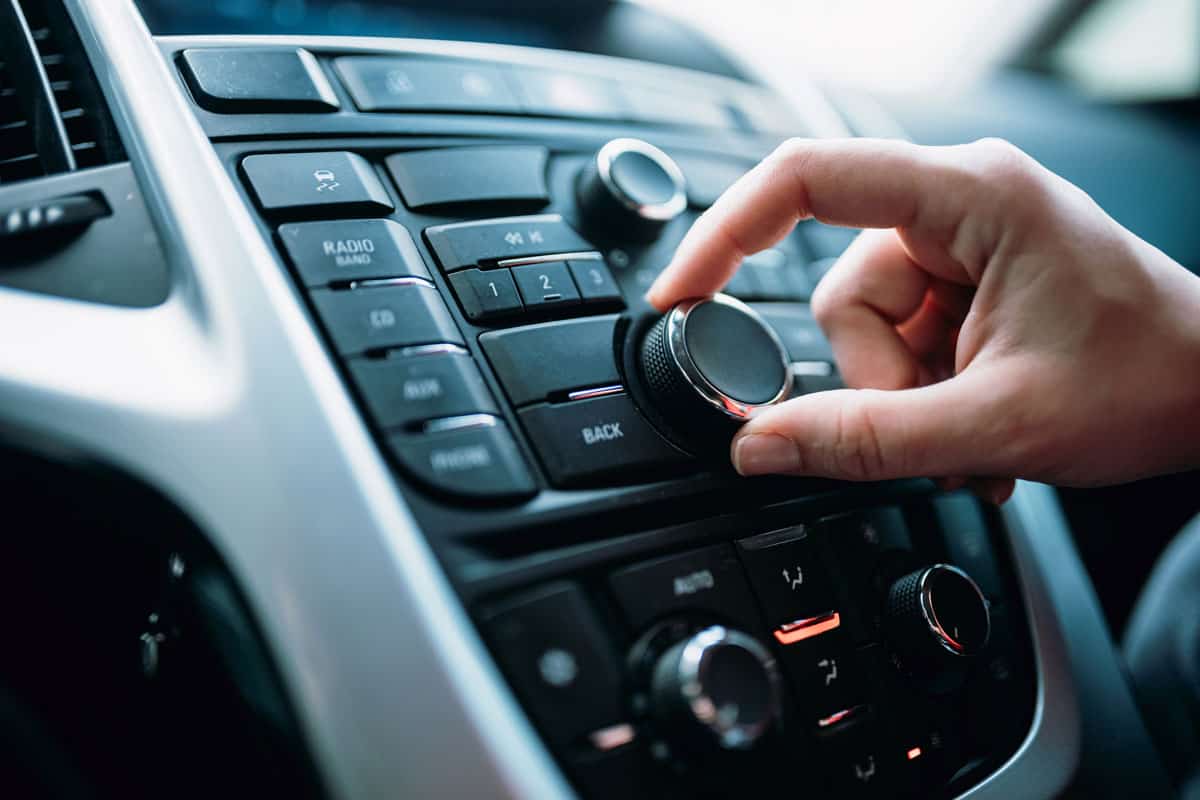 The car window is an integral part of the car's safety system. It helps regulate the temperature inside the car and prevents passengers and the driver from getting injured in case of an accident.

Car radios are also instrumental for safety and relaxation. To ensure these two components work appropriately in your vehicle, always inspect and regularly maintain your car's electric system. Read more on similar topics by checking out these related articles.

My Car Window Goes Down By Itself - What Could be Wrong?