The Chevy Malibu has been a popular sedan due to its fuel efficiency. However, do any of the model years or trims come with AWD or 4WD? Let's take a look to see if this is an option.

Unfortunately, whether the year, engine, or trim package, Chevy doesn't offer AWD or 4WD in Malibu. The Chevy Malibu only comes standard in front-wheel drive. It is unsure if Chevy will ever offer a different drivetrain option in the future.

If AWD or 4WD is a must-have in your next vehicle, the Chevy Malibu may not be the best choice. This article will take a closer look at the Chevy Malibu drivetrain and how it differs from other vehicles. In addition, we will answer other frequently asked questions about the Chevy Malibu, so read on! 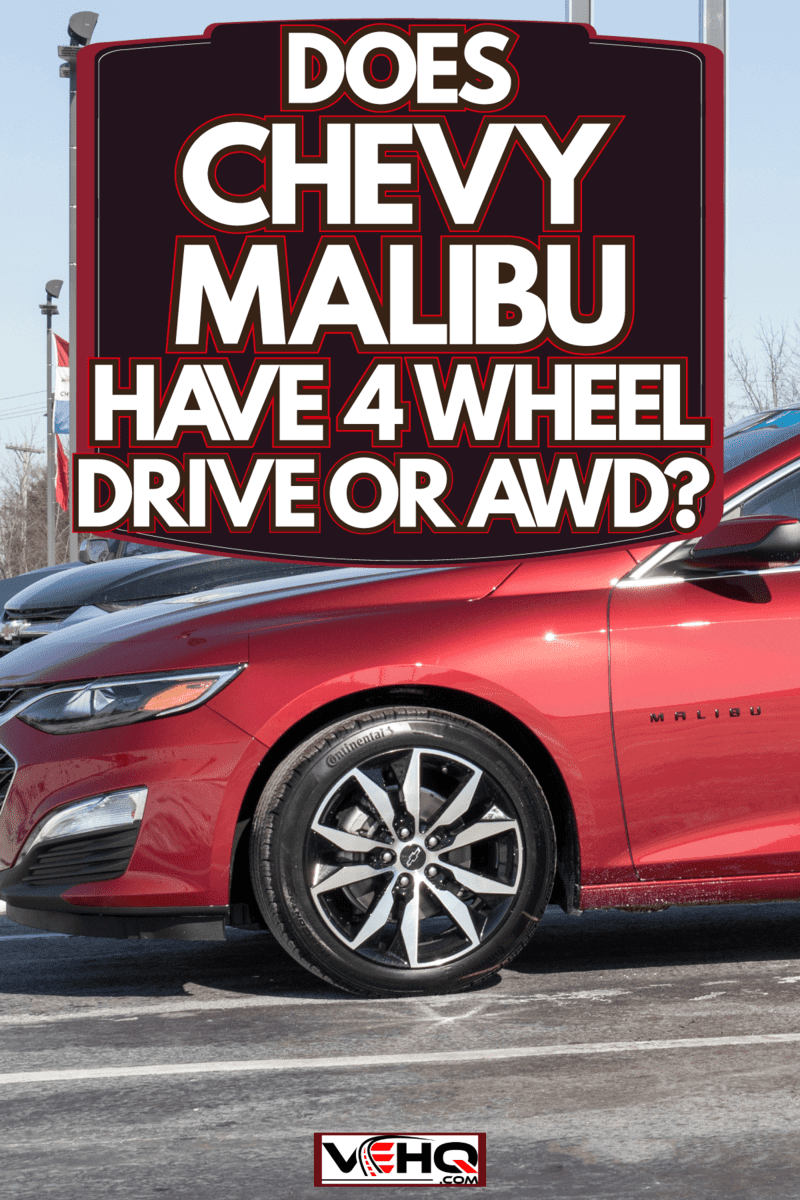 Does the Chevy Malibu only come in FWD?

Since its inception, the Chevy Malibu has only come in front-wheel drive. There are no all-wheel or four-wheel drive options available. This may change in the future, but it is only available in FWD as of now.

Front-wheel drive is the most common drivetrain option in vehicles. It is found in everything from economy cars to SUVs. In a front-wheel-drive car, the engine powers the front wheels only.

The advantage of this system is that it is typically cheaper and easier to manufacture than all-wheel or four-wheel drive systems. It also tends to be more fuel-efficient because it takes less power to move the car forward.

The disadvantage of front-wheel drive is that it can be less stable on slippery surfaces. So if you live in an area with lots of icy winters, a four-wheel or all-wheel drive vehicle may be a better choice. 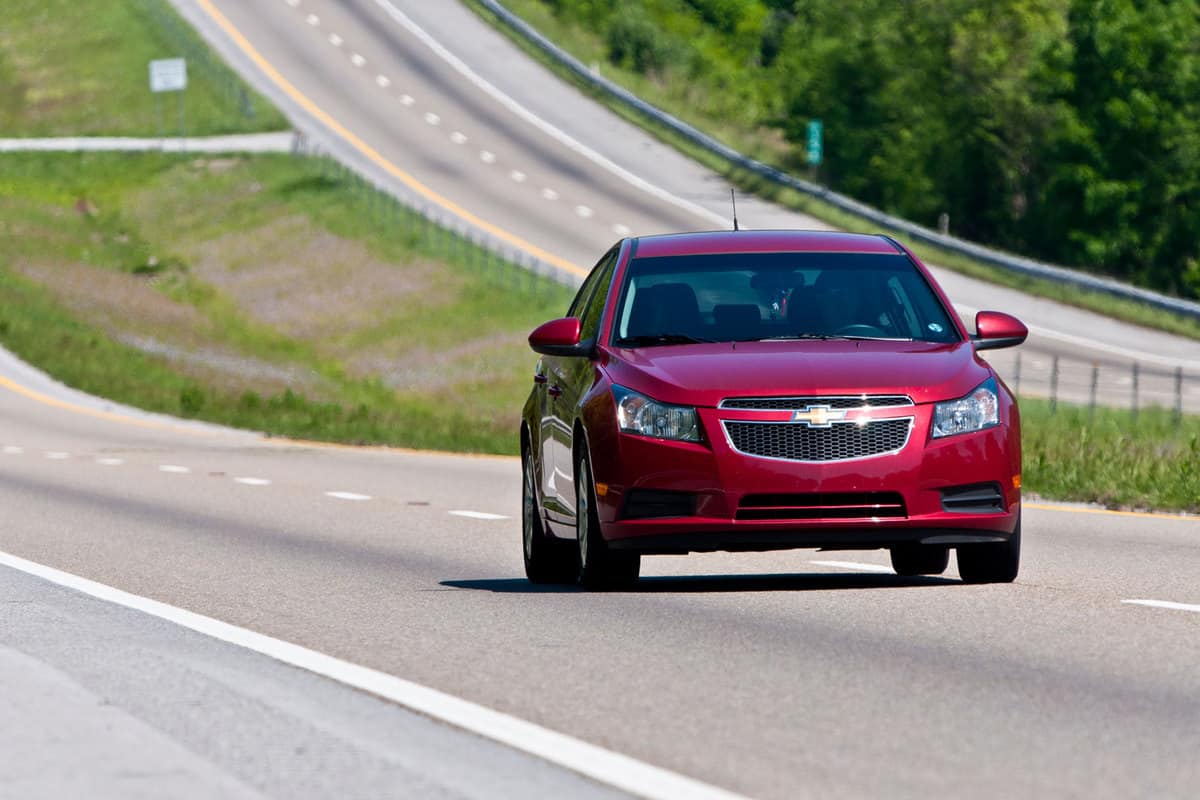 What are the other drivetrain options?

All-wheel-drive systems send power to all four wheels. This gives the vehicle better traction and stability on slippery surfaces. It is a popular choice for people who live in colder climates or frequently drive in bad weather.

There are options if AWD is something you need but still want a similar fuel economy to a Chevy Malibu. The Subaru Legacy is a midsize sedan that comes in all-wheel-drive. It also has excellent fuel economy for a car of its size.

In addition, consumers can look at some Ford Fusion trim packages that come equipped with AWD. The Ford Fusion is similar in size and fuel economy.

It is important to understand that having AWD will sacrifice some fuel mileage. The reason being is that all-wheel-drive vehicles have more components and heavier machinery. This extra weight makes the car work harder, which reduces fuel efficiency.

If you are willing to trade some fuel economy for better traction and stability, then an all-wheel system may be the right choice for you.

If you are not sure if your car has a two-wheel drive or four-wheel drive system, the best way to find out is to look at the car's owner's manual. The owner's manual will have all the information about your car's drivetrain.

In addition, most AWD vehicles will have an "AWD" badge on the trunk. Contact the previous owner or dealer if it has been removed and there isn't an owner's manual.

Do any sedans have 4wd?

As mentioned earlier, the Chevy Malibu doesn't have 4wd as an option. Does any sedan have this option?

Unfortunately, you aren't going to find 4wd on most sedans. Instead, the only drivetrain that is similar is AWD. However, the systems work differently.

4WD is a system that needs to be manually engaged and is typically used for off-roading purposes or incredibly slick roads. 4WD also engages all four tires at the same time.

Whereas AWD is a system that is always engaged. It sends power to all four wheels, but it does so on an as-needed basis. This means that if only two of the tires have good traction, AWD will send power to those two tires.

This system is beneficial because it can help you save fuel. If you drive in normal conditions, AWD will not send power to all four tires. This saves you from using unnecessary energy and keeps the car more efficient.

How does Chevy Malibu handle in snow?

The Chevy Malibu is not the best car to drive in the snow if more than 3 inches are on the ground. It does not have AWD or 4WD, so it doesn't have as much traction as other vehicles. However, if you live in an area with frequent snowstorms, you may want to consider a car with one of those drivetrain options.

However, consumers can also opt for winter tires on their Chevy Malibu. This will give them better traction in the snow and make the car easier to drive.

It is important to remember that winter tires should only be used during winter. Once the weather starts to warm up, you will need to switch back to your regular tires.

It's not to say you can't live in snowy climates and own a Chevy Malibu. The problem is that the car wasn't designed to handle the snow and other vehicles. So, if you are frequently caught in bad weather, you may want to consider a different option. 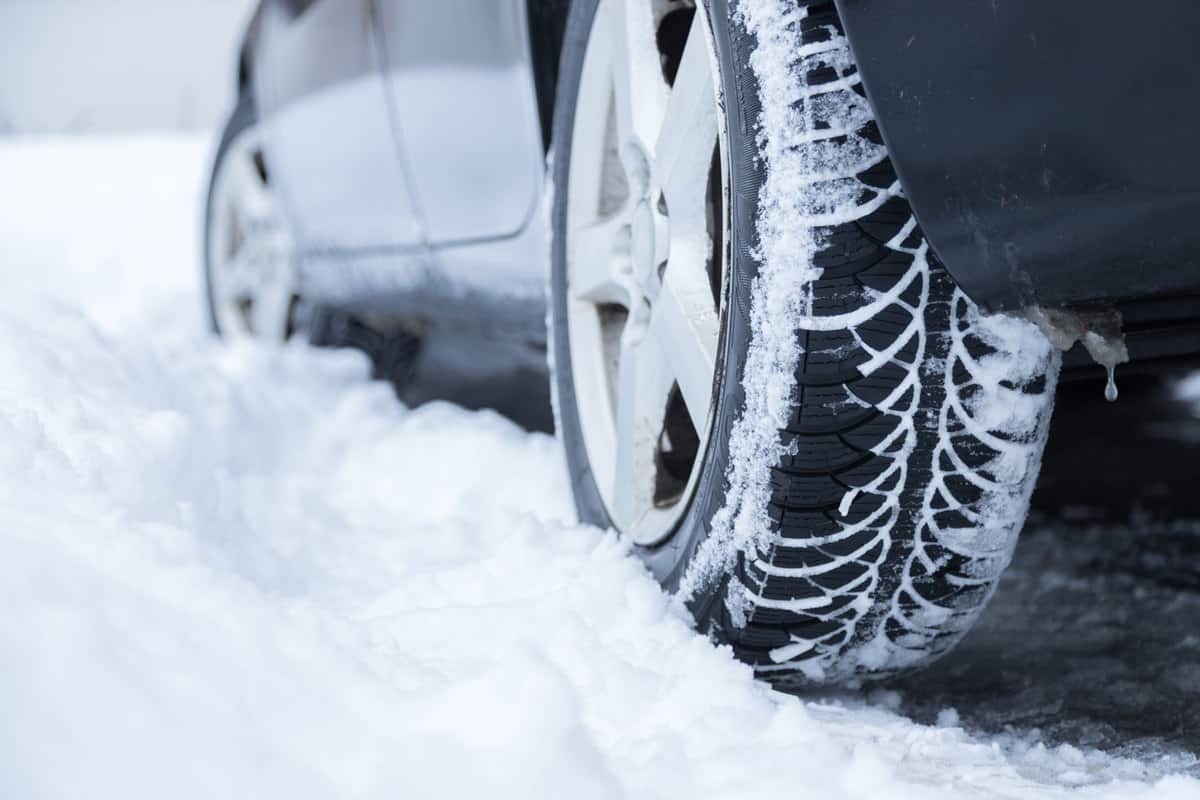 What are the Chevy Malibu trim levels?

Consumers can enjoy the 2021 Chevy Malibu in five different trim levels: L, LS, LT, Premier, and Hybrid. Each offers a different set of features and possibly a different engine size. The new 2022 Chevy Malibu does not have the L trim as it has been discontinued. Nonetheless, let's take a look at each below:

The Chevy Malibu L is the base model but does come with several features.

The Chevy Malibu LS has the same features and engine as the L trim. However, it has some added features, including buckle to drive system. Buckle to drive means that the car will not go into the drive until the driver puts on their seatbelt.

In addition, the LS trim offers a 4G wireless hotspot and starts at $24,195

The Chevy Malibu RS is a sporty version of the LS and starts at $25,195. It also offers these added features:

If you want heated seats and a remote start, then the Chevy Malibu LT will keep you warm. Starting at $27,595, the LT trim also offers:

The Chevy Malibu Premier takes a step up in features and power than the other trims with a starting price of $34,295. Featuring a 2.0L turbo four-cylinder engine producing 250 HP and 260 lb.-ft. Of torque, it will have plenty of power off the line.

Along with the other features mentioned above, consumers will also enjoy:

For the complete list of features of these trims, you can check out Chevy Malibu on the official site. It is also important to mention that the prices are subject to change at any time. 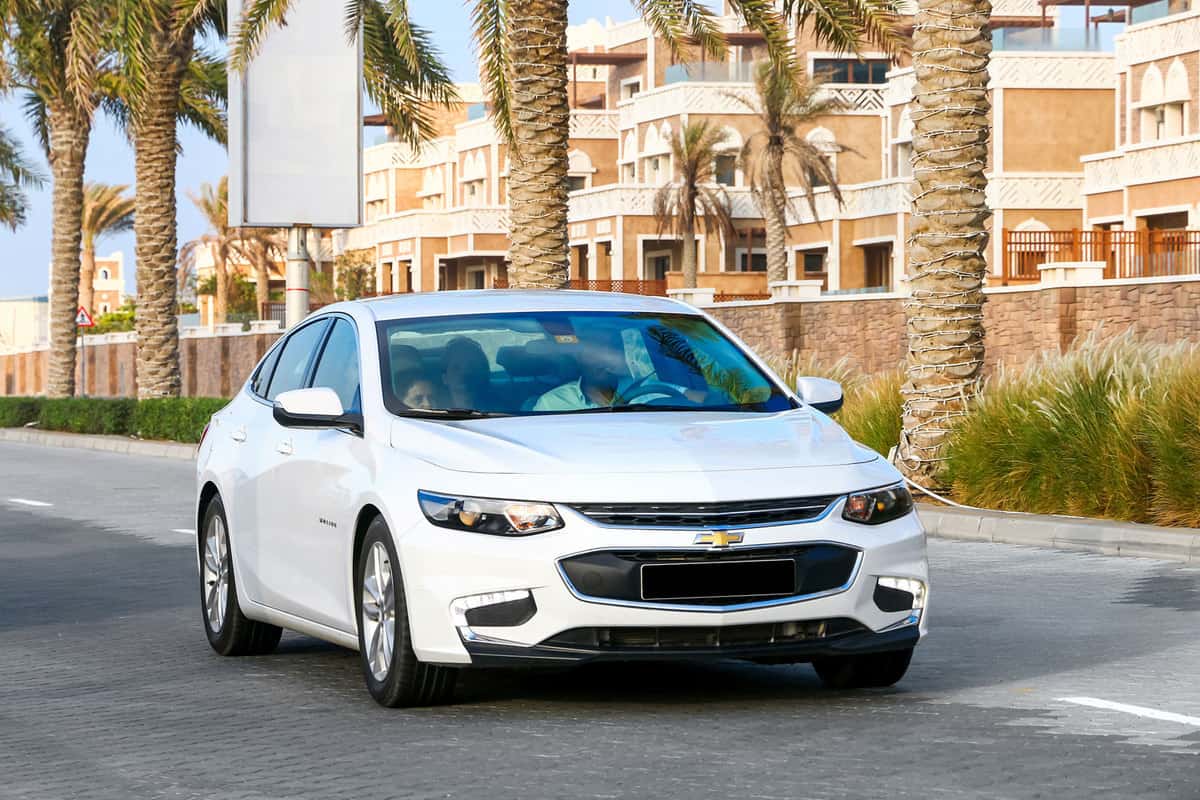 Which Chevy Malibu trim is the best?

This is a difficult question to answer as it depends on what the consumer is looking for in a car. However, the Chevy Malibu Premier trim would be a good option for those who want a lot of features and power.

The LT trim might be a better option for those who are looking for a more affordable purchase with some added features. But, ultimately, it is up to the consumer to decide which trim is best for them.

What does Malibu LT stand for?

Both options are affordable and come with various features, but the LT trim is geared towards those who want a more luxurious driving experience without breaking the bank. 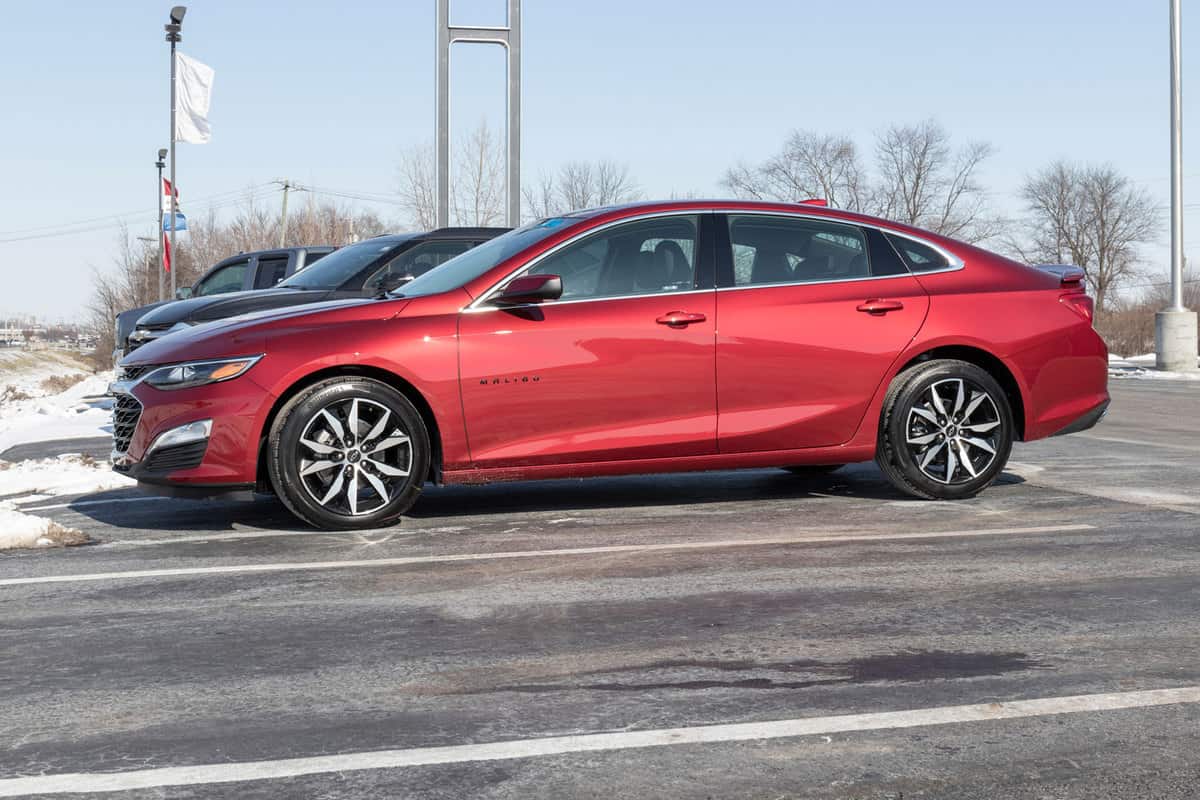 The Chevrolet Malibu is a great car for those looking for something affordable, with a variety of features to choose from. However, if AWD is something you can't live without, then the Chevy Malibu might not be the best car for you.

In addition, there are several different trims to choose from, so it is essential to do your research and figure out which trim would be the best fit for your needs.

How To Unlock A Chevy Malibu Without Keys

How To Open The Gas Tank On A Chevy Malibu

Does Chevy Malibu Have CVT Transmission?