You’re cruising along the highway in your Ford F-150, but you suddenly hear a whining noise when you hit the gas. What could be wrong? We researched the possible causes for this concern and here’s what we found.

A Ford F-150 may make a whining noise upon accelerating because of different underlying issues. Some of the possible origins of this sound are:

Take note that the exact steps to get rid of this sound often depend on its source. So continue reading as we talk about the possible causes of this whining sound in your Ford F-150 in greater detail. We'll also discuss some solutions you may want to try to help you remove the whining from this pickup truck. 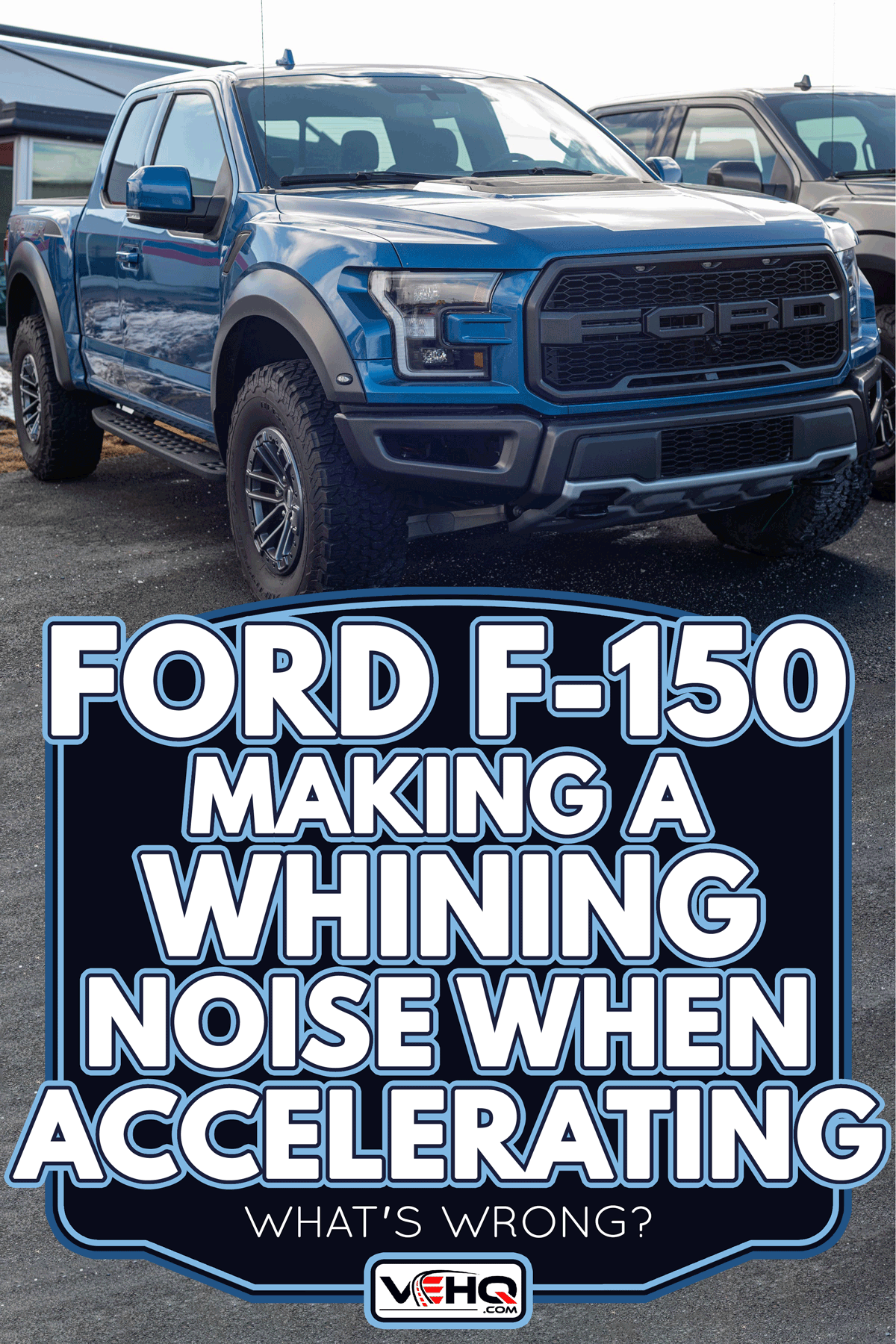 What Is That Whining Noise I Hear When Accelerating My Ford F-150?

The whining noise from a Ford F-150 as you accelerate this vehicle may come from a variety of sources. Some of the possible origins of this sound are:

An alternator typically lasts anywhere from 80,000 to 150,000 miles or about 7 to 10 years. Take note that this assembly functions by turning the mechanical movement of the engine’s pistons into energy. But one of the signs that you need to pay attention to when your Ford F-150’s alternator is failing is a whining sound.

It’s possible to diagnose if the alternator is at fault for this noise by keeping a close ear to your engine. Oftentimes, the alternator’s whining is quite soft, even when you accelerate. So it might be best to turn off media devices in the pickup truck to listen to the engine’s performance.

As its name implies, the fuel filter helps protect your Ford F-150’s engine from dirt and other debris. But it can also garner a significant amount of gunk over time, causing the filter to reduce in efficiency and overall performance. If so, it may generate a whining sound, particularly during accelerations. 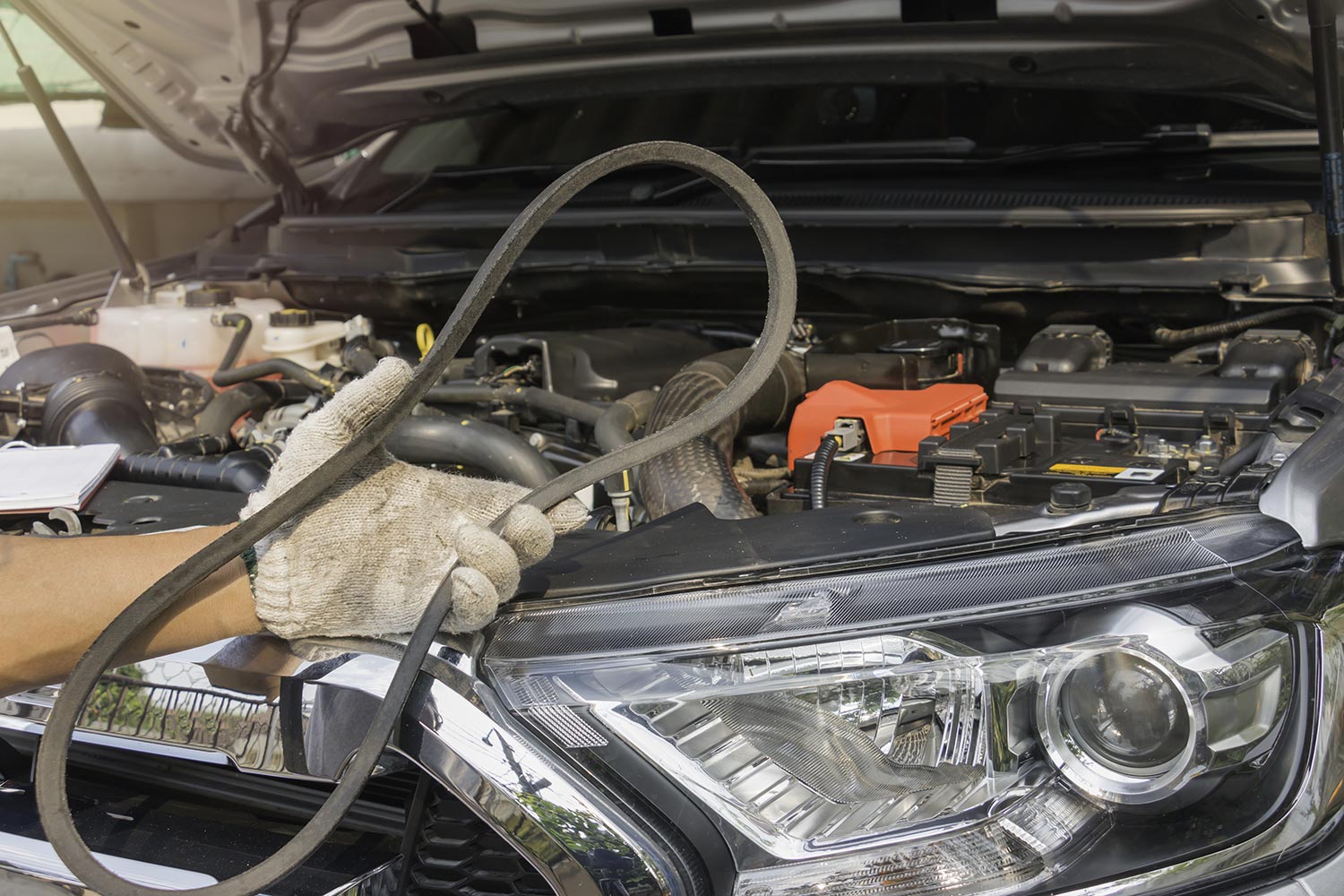 Inclement outside temperatures might make the engine belt of a Ford F-150 whine. This noise may also sound like a soft whistle and might occur during hot weather. It can also happen during the cold season.

However, think about replacing the engine belt if it whines as you accelerate while turning. If so, the power steering system in your F-150 is likely to be running out of lubricant.

Check out this replacement engine belt on Amazon.

This assembly helps keep the engine belt in proper alignment. If it’s starting to fail, you may hear a whining or even a grinding noise coming from it. But it’s usually quite tough to pinpoint the right pulley since some cars, particularly F-150 models might have multiples of this assembly.

Air may escape the engine and its mass airflow sensor, which may lead to the whining sound as you accelerate your F-150. Aside from the whining, other potential signs of a vacuum leak are:

Take note that troubleshooting a Ford F-150 for a vacuum leak often demands a careful audiovisual examination of the vehicle’s different parts and assemblies. A lack of confidence and expertise in caring for the pickup may put you at a high risk of committing mistakes. Send the vehicle to a trustworthy automotive repair shop if you need the assurance.

How To Fix A Whining Noise On A Ford F-150 Pickup? 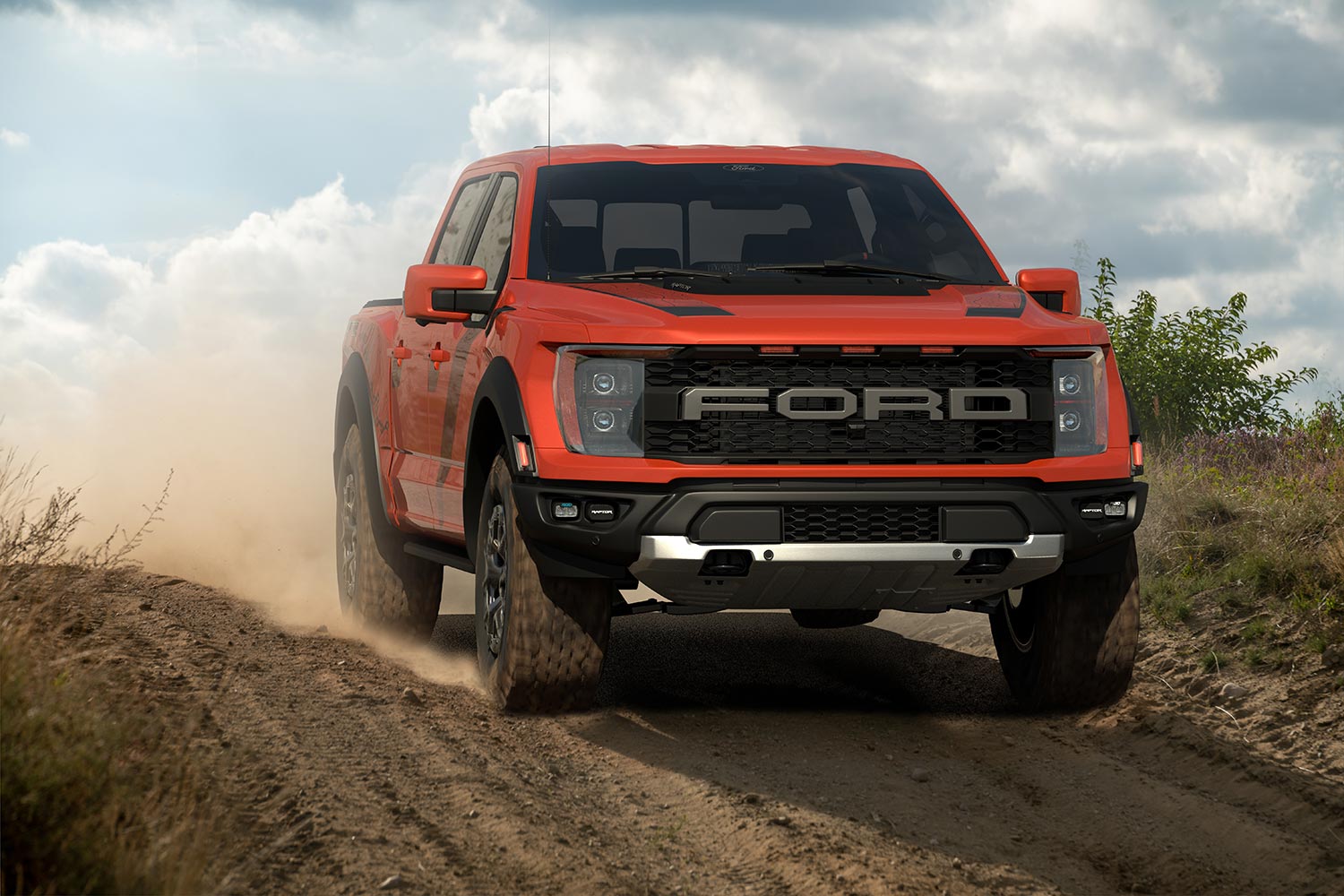 Keep in mind that eliminating the whining noise from a Ford F-150 often requires a procedure based on the source of the sound. In this section, you’ll learn some possible solutions to help you get rid of this issue:

It's important to mention that the steps of replacing an alternator on a Ford F-150 often depend on the pickup's specific model. So consult your vehicle's owner's manual to check the car's diagram. That way, you'll know the ideal procedure to tackle this job.

Check out this replacement F-150 alternator on Amazon.

You can also watch this video the gain additional insights into this replacement procedure: 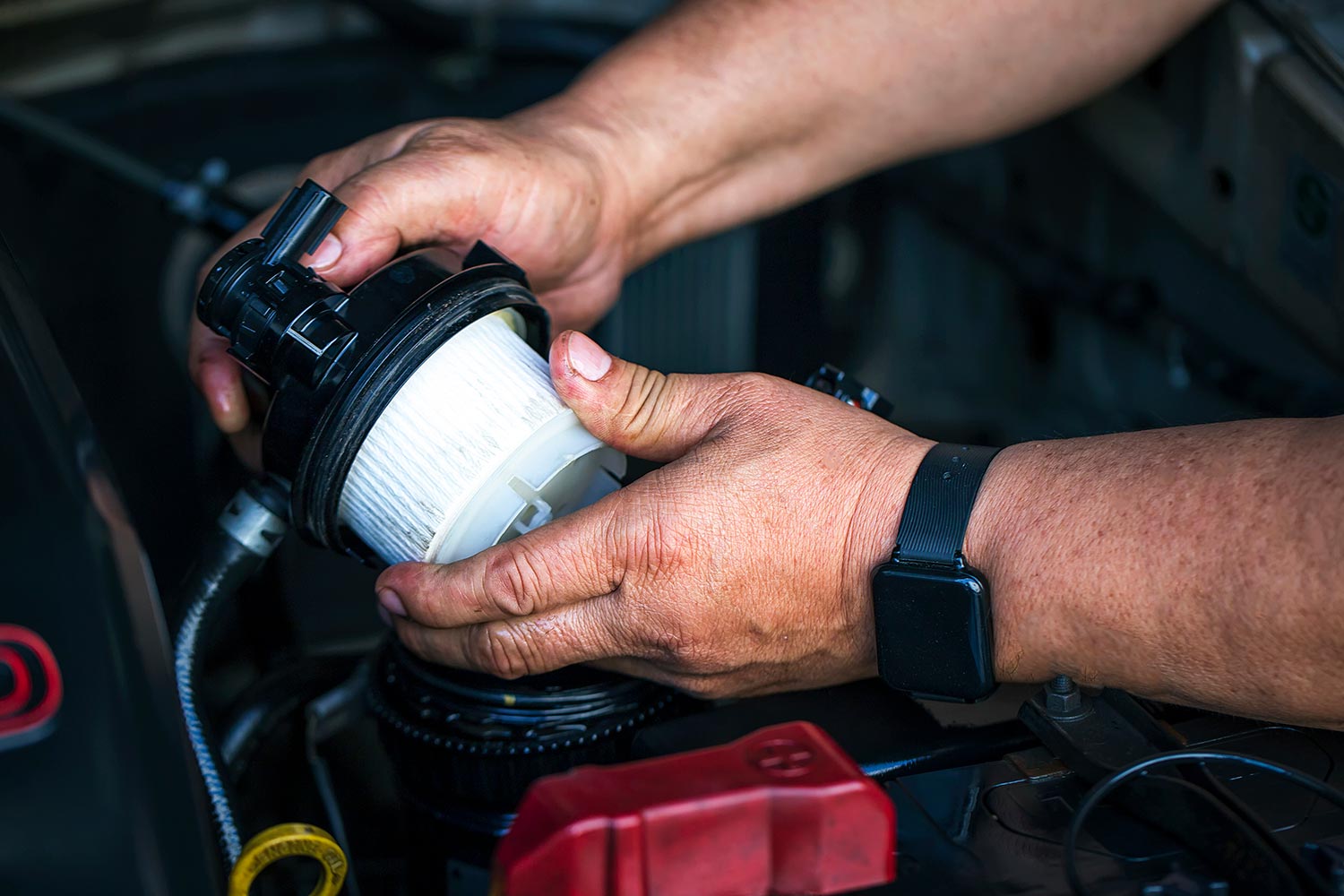 Again, make sure to consult your F-150 owner’s manual to identify unique steps to complete this replacement task successfully. You can also check out these steps to know how to replace a fuel filter in a 2004 to 2008 Ford F-150:

Check out this replacement fuel filter for Ford vehicles on Amazon.

You can also watch the video below to see a visual guide for the steps mentioned above:

What Are Common Problems With Ford Trucks? 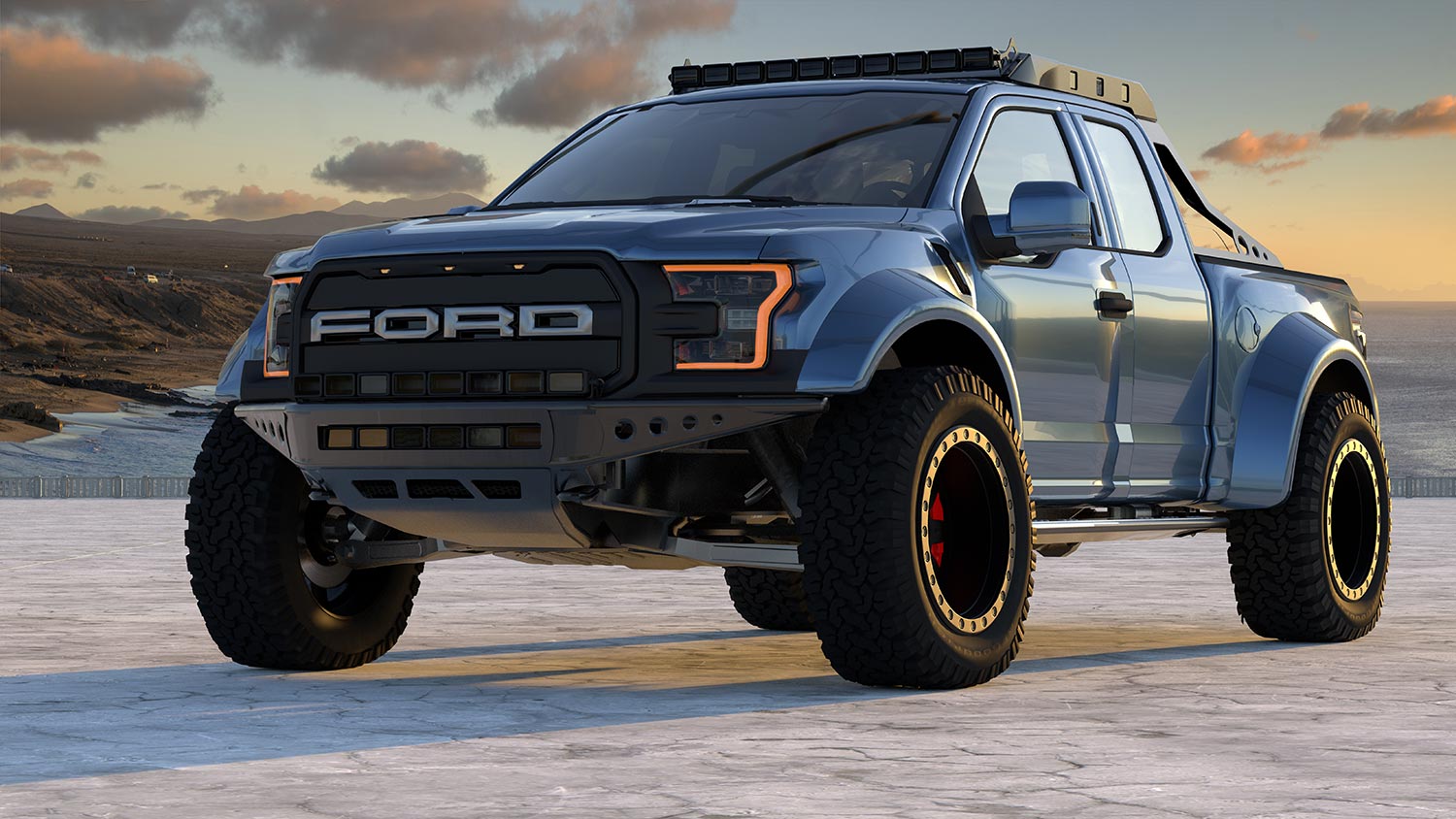 Aside from a whining noise during acceleration, the Ford F-150 is often susceptible to other issues. Certain problems that you may encounter with this pickup truck are:

You’ll know if you need to replace an F-150’s spark plug if you encounter signs like:

Check out this set of spark plugs for the Ford F-150 on Amazon.

Airbags in vehicles are vital as these items can help save lives during crashes. These objects should deploy almost immediately during car accidents. However, Ford found that many 2022 F-150 models have airbag deployment systems that fail to activate, even in a crash. The company issued a recall for the affected vehicles to prevent casualties.

Some owners of 2013 to 2018 Ford F-150 models complained that the brakes on these vehicles experience total failure as early as 26,000 miles. In comparison, other vehicles may need brake overhauls when they reach the 60,000-mile mark. F-150 owners that have these faulty brakes may file for legal action against the car company, especially if an accident occurred because of the breakdown.

A whining noise from a Ford F-150 may come from different underlying problems that may range from a failing alternator to an air vacuum leak. Troubleshoot and diagnose the source of this noise carefully. Once found, you can continue repairing the pickup truck based on the origins of the whining.