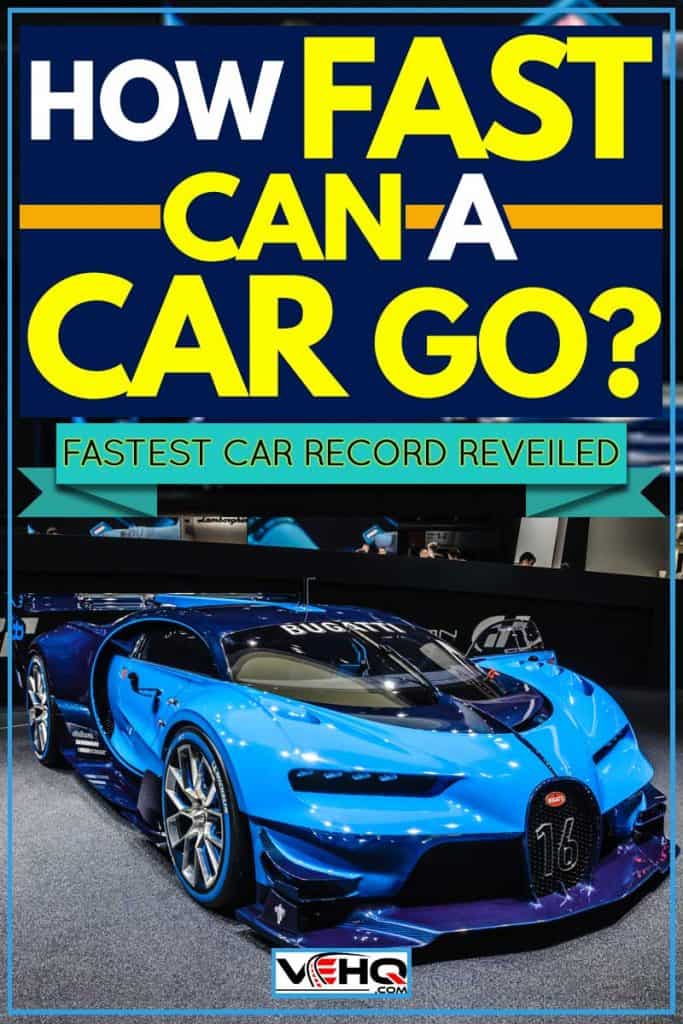 Got a need for speed? Today we are discussing just how fast a car can go. That means flat-out top speed, not acceleration feats such as 0 to 60 or 0 to 100. To help you understand how fast, modern cars can go, we will look at the top speeds of some average, conventional vehicles, and then at the top speeds of some not-s0-average vehicles. We have also pulled information from some of the best sources available to understand just what makes a car go fast.

Wow, so those are some insane speeds that few of us will ever experience outside of an airplane. Keep reading as we discuss these speed records in detail, plus more!

Fastest Cars in the World

So, how do these cars go about achieving these ludicrous speeds? Let's take a look into the inner workings of each of these vehicles to find out how they managed to go so fast. 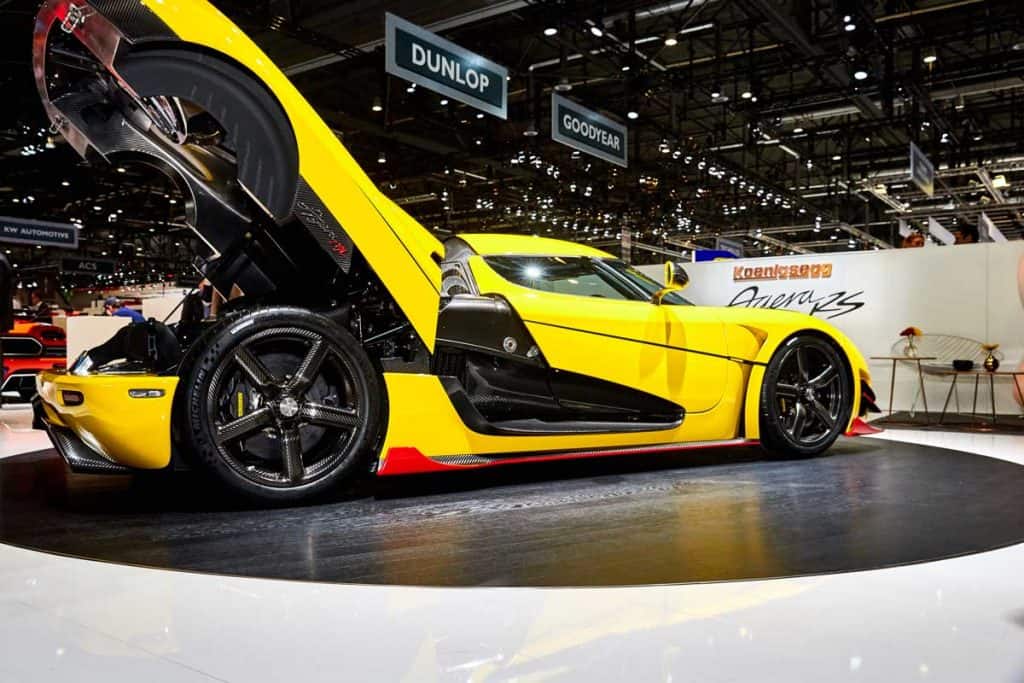 As for the fastest car you can buy and legally drive on the road, that honor goes to a Swedish brand by the name of Koenigsegg. Known for its exquisitely complex and precise production methods, Koenigsegg has been making high-speed cars since the 90s.

But the fastest of them all is known as the Agera RS. Built from 2015 to 2018, the Agera RS featured added power compared to the “normal” Agera models. The grand total? How does 1,160 horsepower sound? But they didn't stop there - you can't when the production speed record is at stake. Other enhancements focused on lightweight tech and advanced aerodynamics.

The actual speed record was achieved on a closed stretch of highway in Nevada in N0vember of 2017. Since then, the car has gone out of production, meaning the current fastest production car is slower than the Agera RS.

It may surprise you to learn that the fastest electric car is not a Tesla, but a little-known American brand called Genovation. Starting with a Corvette ZR1 chassis, this company installs an electric powertrain packing 800 horsepower and 718 lb-ft of torque. That means it could theoretically reach 22o miles per hour, although for now, it has only been certified at 210 mph. For comparison, the fastest current Telsa can only reach 155 miles per hour.

Genovation offers this electrified Corvette with either a 7-speed manual or a dual-clutch automatic with paddle shifters. This makes the GXE exceedingly rare - almost all other electric cars have only come with a 1-speed gearbox. 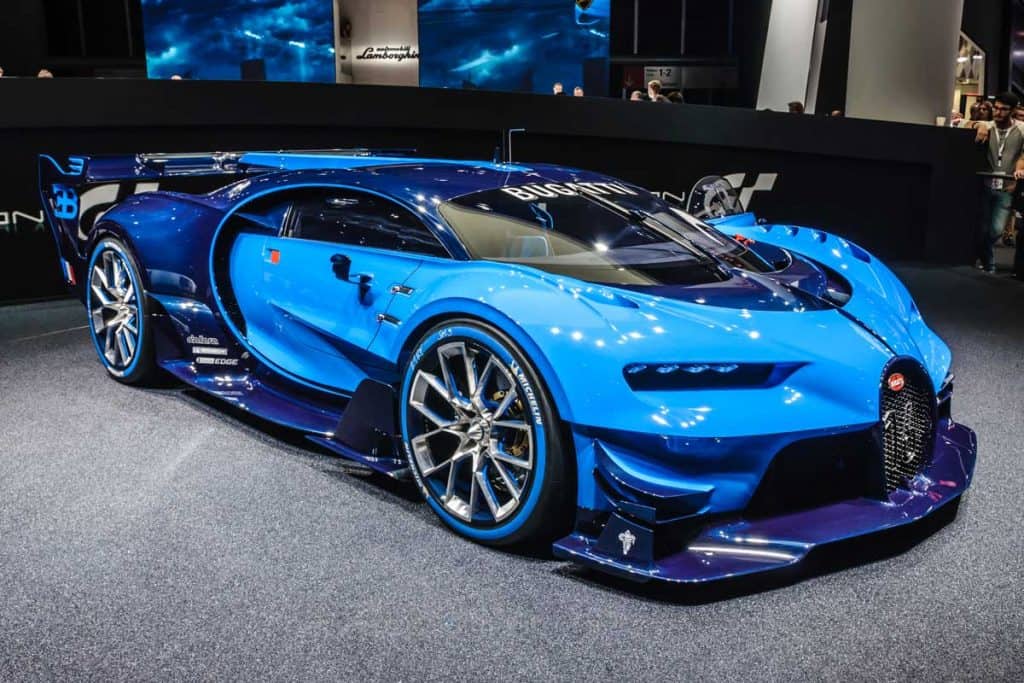 While the Agera RS is the current king of production-car speed, there is an heir on the horizon. And it promises to be the first street-legal production vehicle to exceed 300 miles per hour. Called the Bugatti Chiron 300+, this exceptional vehicle will soon be the fastest in the world when its run of 300 cars begins production.

To achieve this feat, Bugatti modified its existing Chiron, which itself is capable of hitting 249 miles per hour, as well as running from 0 to 400 km/h and back to 0 in a record 42 seconds! First, the car was given new aerodynamic bodywork, including an extended rear end, all designed to make the Chiron super sleek.

All of the cars we have looked at so far have been very fast - no one can argue that - but they have all come with an asterisk. So, what's the all-out fastest a car can go?

To find out, we have to go back to 1997. That's right, the land speed record has stood for over 20 years now, and a team of British engineers achieved it. The car, called the ThrustSSC, made its record-setting run in October of 1997. With Andy Green at the helm, the car rocketed to 763.035 miles per hour in the Black Rock Desert in the USA.

The car itself is unlike anything you will ever see on the road. It's 54 feet long and weighs over 23,000 lbs. There's a good reason the car is so big, too - it takes a lot of engine and a lot more fuel to make a world-record speed run.

Powering this behemoth are two Rolls-Royce turbofan airplane engines. Together, these massive powerplants put out over 100,000 horsepower. And you thought the Bugatti was powerful! Driving the car uses up fuel at an impressive rate, too - 4,850 liters per 100 km. That's about .05 miles per gallon!

What Makes a Car Fast?

A fast car isn't just all about horsepower, or else a semi-truck with over 400 horsepower would be burning up the Bonneville Salt Flats. Many components go into making a car fast. Here are the main factors that affect a car's top speed:

How Fast Can an Average Car Go?

While it's fun to look at some of the fastest cars in the world, many people wonder how fast most of the vehicles you see on the road can go if given a chance.

Here are some figures for common production vehicles:

Even with all of its power, the Ford F150 only manages a 107 mph top speed, while the smaller, lighter Camry can go much faster, even though it has only a fraction of the power of the Ford.

What Is the Fastest Street Legal Car?

Currently, the Koenigsegg Agera RS holds the title of " world's fastest production car."  The record - 277.9 miles per hour - was set in 2017 on a remote stretch of Nevada highway.

Can a Car Go Faster Than the Speedometer?

While a speedometer's highest reading does not theoretically limit how fast your car can go in any way, most cars can't outpace their gauges. Still, some modified cars that possess much more power than they were initially designed with can exceed the top reading on their speedometer.

But why can't production cars do this? Well, there are several reasons, but the main one has to do with mass production. Matching speedometers with each car's top speed is a costly endeavor that doesn't make sense for business reasons. And, it's not like this is a bad thing for the automakers - most people love seeing a high number on the speedometer, even though it has no bearing on the car's abilities.

Because the Koenigsegg is out of production now, the Bugatti Chiron holds the record for the fastest current production car. At 261 miles per hour, this is still an incredibly fast machine.

There are many cars on sale today capable of eclipsing the mythical 200 mile-per-hour mark. And most of them are probably out of your price range.

Which Is More Accurate: GPS or Speedometer?

So, should you trust what your car tells you when it comes to speed, or are there better ways of finding out exactly how fast you are traveling? Well, as long as you have a nice clear path to the positioning satellites, GPS is the more accurate device.

That's because many manufacturers intentionally install inaccurate speedometers that show you are traveling faster than you are. This helps drivers stay under the speed limit, and limits the manufacturer's liability - after all, it's better to trick people into driving slower than faster!

Do Cars Have Speed Limiters?

While not all cars are fitted with speed limiters, many are. For example, many powerful German cars (Audi, Mercedes, BMW) are currently limited at 155 miles per hour (250 km/h). These speed governors are fitted for various reasons - perhaps the equipment on the car (tires, radiator, etc.) will not hold up at higher speeds, or often it is done with safety in mind. After all, few of us will ever really need to go faster than 155 miles per hour!

Reading about all of these fast cars makes it sound like a blast to go fast. Well, there are ways to experience extreme speed, but it has to be done safely and off the streets. You can instead look into speed events like drag races or track days at your local tracks. Be sure to use all required safety equipment, including roll cars, helmets, and fire extinguishers. Once you are ready, have a blast going fast!