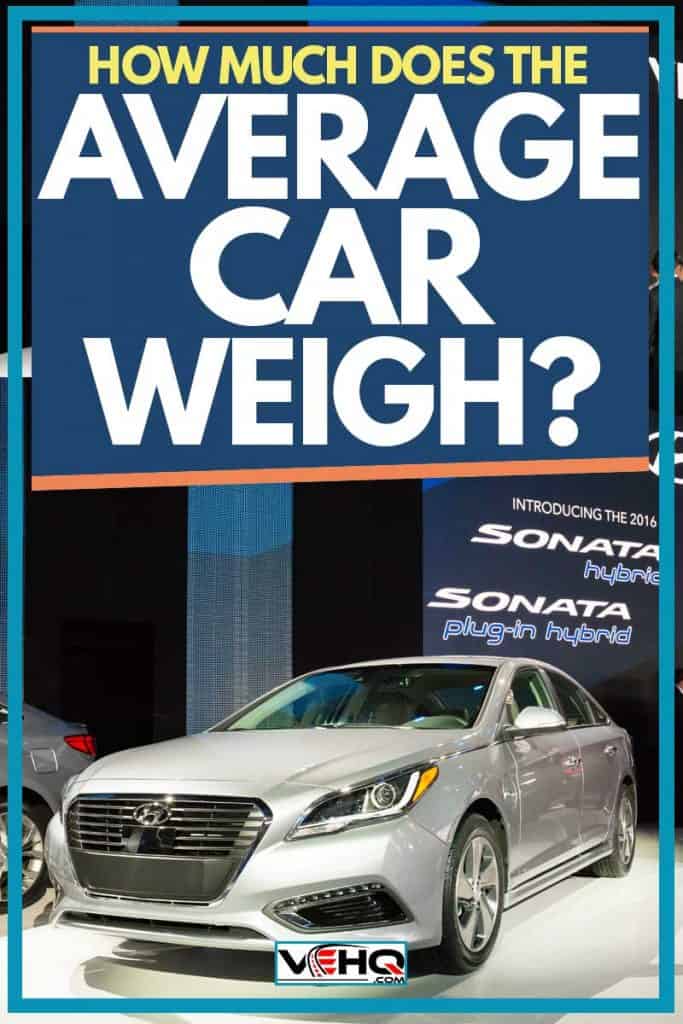 Whether you want a heavier car for safety or a lighter car for better fuel efficiency, it helps to know what the average weight of a car is. Without knowing the average, it's hard to tell if your car is heavy or light. Trying to find this information is frustrating, too, as different websites will provide different answers. We've done our research, though, and we've got your answer.

The average new car weighs about 3,280 pounds. The answer is more complicated than that, though.

As you can see, car weights range from roughly one ton to nearly three tons. While the average new car is 3,280 pounds, most sedans and cars are lighter than that.

That's a lot of information, and it might be hard to determine what it means for your search for a new sedan. Don't worry, though- we'll break it down even further and give you a better idea of what to expect from ten popular sedans in terms of weight.

How much does a Toyota Camry weigh? 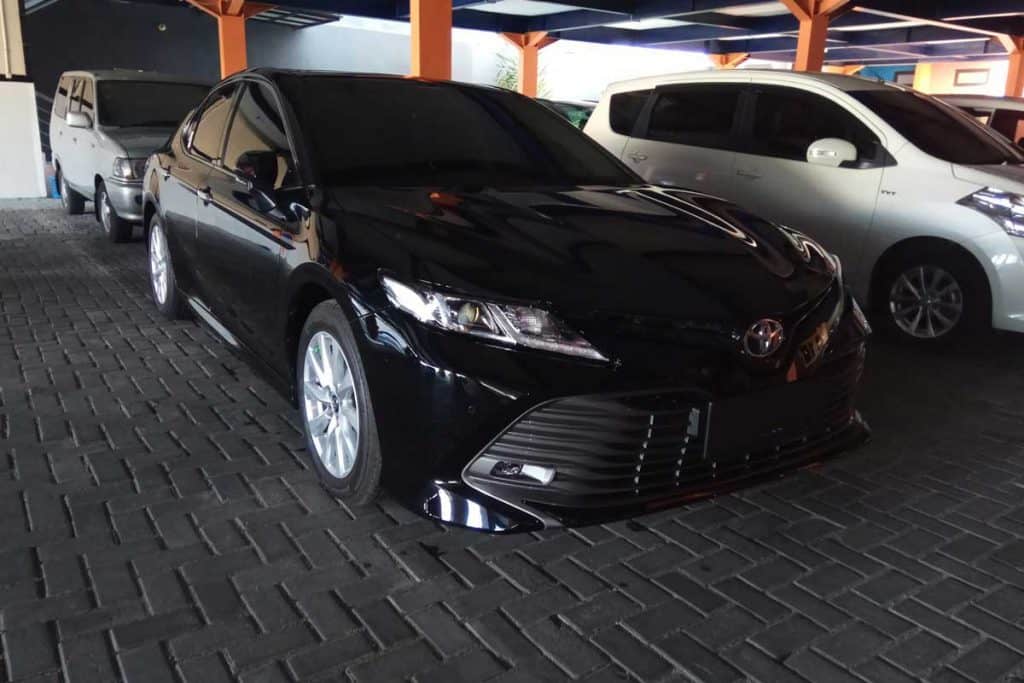 The Camry is the most popular sedan in America. It's easy to see why, too. The 2020 models have a starting price of just under $25K; they come in a wide range of colors, two engine options, and multiple luxury editions. They're incredibly reliable, too. 90% of all the Camry's sold since 1995 are still on the road. Newer models have Android Auto and Apple CarPlay built-in.

How much does a Honda Accord weigh?

Accords aren't far behind the Camry in terms of popularity. The two are similar in almost every way, from price to size and even appearance. Like the Camry, the Accord comes in several different models, and there's something to everyone's tastes.

The Accord is just barely lighter than the Camry. Base models weigh 3,131 pounds, while the heaviest model weighs 3,428 pounds.

How much does a Nissan Altima weigh?

Nissan's claim to fame is all the tech they manage to cram into their cars, and the Altima is no exception. It has intelligent forward collision warning, automatic emergency braking, and driver-assist technology that monitors the space in front, behind, and on both sides of you. It also has remote starting, allow you to turn the car on before your in it- ideal for very hot or cold days when you want the climate control active before you get in.

How much does a Ford Fusion weigh?

Ford may be more famous for their trucks, but they make quality sedans, too. The Fusion comes in gas, hybrid, and plug-in hybrid models, with different luxury editions for each. 2020 models include blind-spot information systems, lane-keeping assistance, automatic emergency braking, and adaptive cruise control.

Fusions are heavier cars, with the base model weighing in at 3,472 pounds. The hybrids are heavier, with the standard hybrid coming in at 3,668 pounds and the plug-in hybrid hitting 3,986 pounds.

How much does a Chevy Malibu weigh? 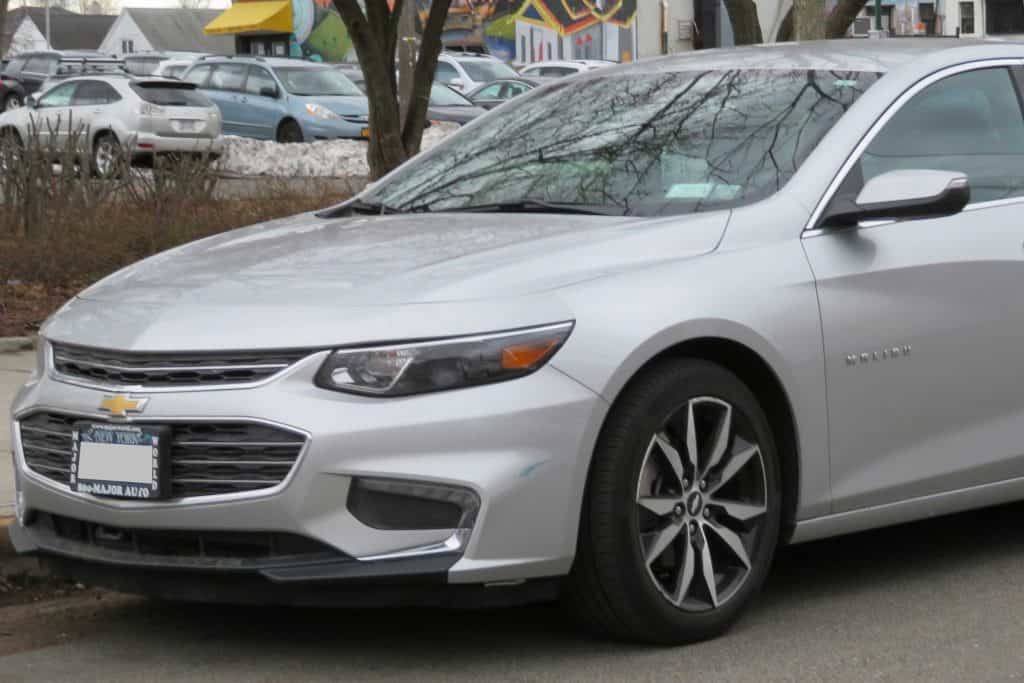 Another sedan from a manufacturer more famous for trucks and sports cars, the Chevy Malibu compares favorably to the Fusion, with which it was designed to compete, although it doesn't have hybrid models. It does have many of the same features, including adaptive cruise control, lane-keeping assistance, and forward-collision alerts.

The Malibu is lighter, too. Base models weigh 3,135 pounds, and the heaviest luxury model is 3,223 pounds.

How much does a Hyundai Sonata weigh?

The Sonata is on the smaller side of the mid-size range, but it's got sleek styling that makes it look smaller than it is. It gives off the appearance of a car that's much more expensive than it is, and it has the performance to match. It has excellent features, too. The smart parking assist stands out. This feature allows the car to partially pull out of a parking space at the click of a button on the key fob. It can also park itself with this feature, making tight parking spaces much more accessible.

How much does a Kia Optima weigh?

The Kia Optima doesn't necessarily have any standout features that separate it from the pack. Still, it's a quality car at an affordable price, and that's helped it maintain its place in the top ten most popular sedans. It has features like automatic emergency braking, as these are rapidly becoming the industry standard. It also has hybrid and plug-in hybrid models if you are looking for a car that will save you money on gas.

How much does a  Volkswagen Passat weigh? 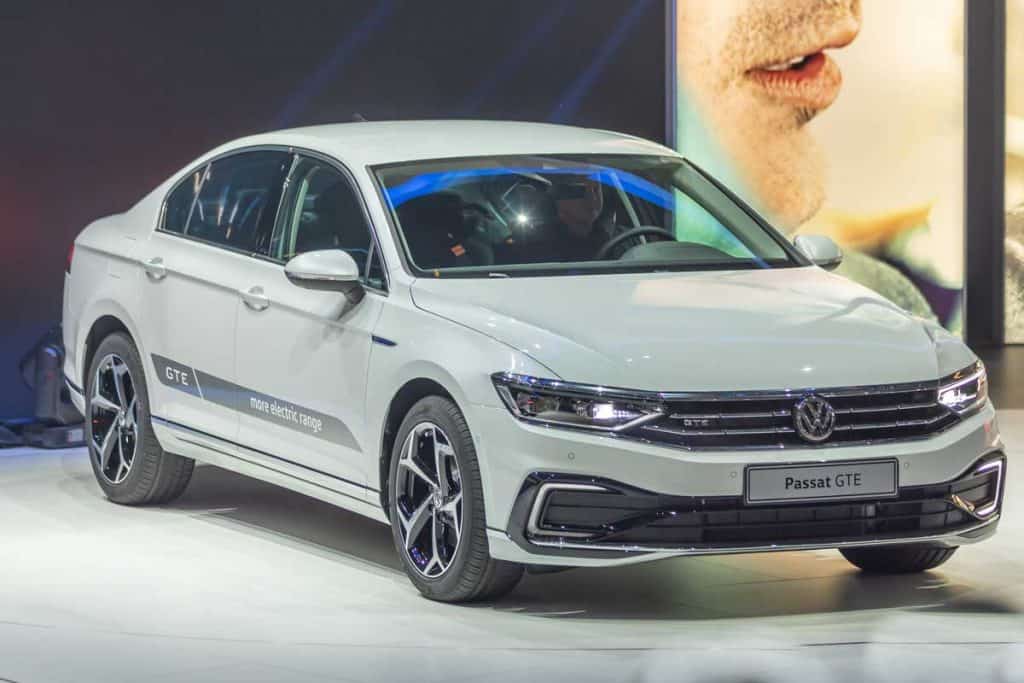 The Passat is designed with great attention to detail. It has dual-zone climate control, increased legroom for the rear seats, two rear USB charging ports, heated front seats, windshield wipers that sense the rain and activate automatically, and a rear-view mirror that can dim itself.

It does all of this in a package that weighs 3, 325 pounds for all models.

How much does a Subaru Legacy weigh?

When you hear "Subaru," you probably think of the Forester or the Outback. While those are their most well-known cars, the Legacy sedans are more popular than most people realize. With 260 horsepower and an all-wheel-drive engine that still manages 27mpg city and 35 on the highway, it's easy to see why. It's probably overpowered for a Sedan, but it's fun to drive, and it doesn't sacrifice fuel efficiency. Subaru also has a reputation for reliability that rivals Toyota's.

How much does a  Mazda 6 weigh?

As you might expect from Mazda, the Mazda 6 was designed with speed and power in mind. That doesn't mean that they didn't consider comfort, though, and the interior is covered in Nappa leather with wood trim for an elegant look.

Cars are heavier on average now than they were thirty years ago, but are almost universally more efficient. The weight does make a difference, and two identical engines will burn gas at different rates if they are placed in cars of different weights.

Car engines aren't all identical, though, and many factors influence fuel efficiency. Engine design, the drivetrain, and even the wheels and tires are factored in.

How Much Does a Small Car Weigh?

The lightest and smallest compact cars can weigh less than 2000 pounds. However, cars that are still considered "small" or "compact" can approach almost 3000 pounds. Look for manufacturers to continue to try to cut weight in order to improve fuel efficiency, even on larger cars.

Is a Heavy Car Better?

A heavy car often gives a smoother ride, and many people believe they are safer (for the driver and passengers, at least). Other than that, there isn't anything that makes heavier cars inherently better. A light car may accelerate faster and may use less fuel, but this isn't guaranteed.

Not at all. 3,000 pounds is well below average for modern cars. Some cars, light the Smart Car, are closer to 2,000 pounds, but these are the exception to the rule. The average vehicle weighs more than 3,000 pounds.

What is the Heaviest Car? 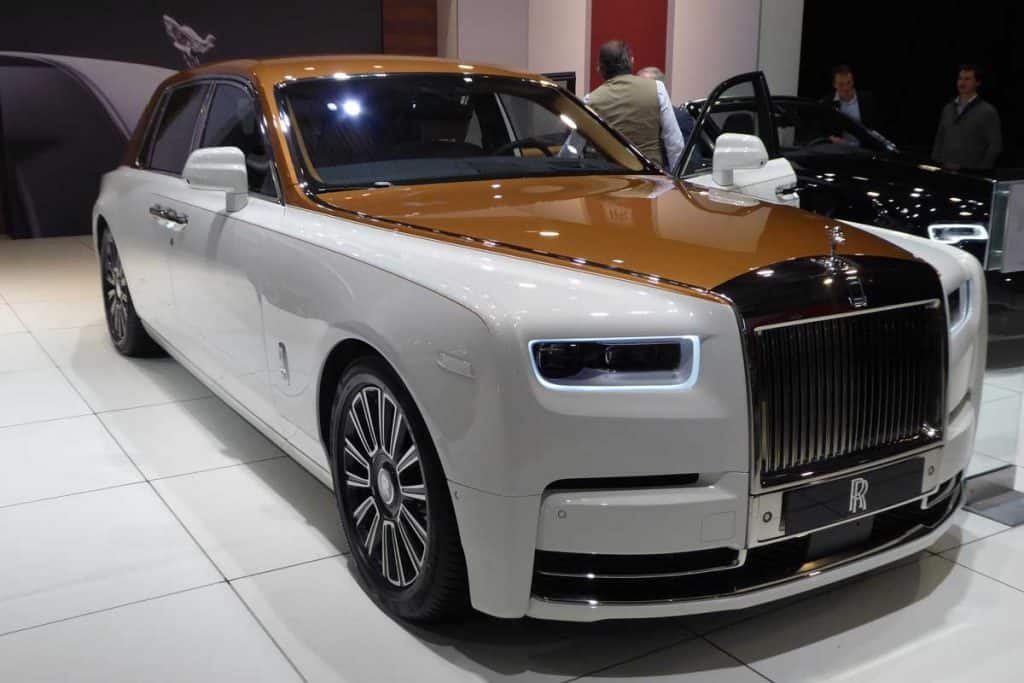 The heaviest car is the Rolls Royce Phantom, which weighs just over six thousand pounds. At nearly double the weight of the average car, the Phantom is a real monster. At that size, you start to see the weight affected fuel efficiency and handling.

Modern mid-sized sedans almost always weigh in between three and four thousand pounds. Hybrids tend to be on the more massive end, likely because of the weight of the battery. Bear in mind, too, that all of the weights listed here are curb weights.

The curb weight is the weight of the car with no passengers and no luggage, i.e., an empty car. The weight increases if you add baggage, passengers, etc. A lighter car will usually be more affected by added weight than a heavier one, but all of these cars have somewhat similar weights.

Just remember that car weight is only one of many factors in determining how the car will drive, and what it's fuel efficiency will be.

Here are other vehicle weight info you shouldn't miss:

How Much Does a Minivan Weigh on Average?

How Much Does A Truck Camper Weigh?